THIS is our first look at what the future of Holden’s involvement in the Supercars Championship (no more V8!) could look like once the imported Commodore lands in 2018. Holden, along with the newly formed Red Bull Holden Racing Team have confirmed that they will race the new Commodores in 2018 and that significant work has already gone into the development of next year’s car. 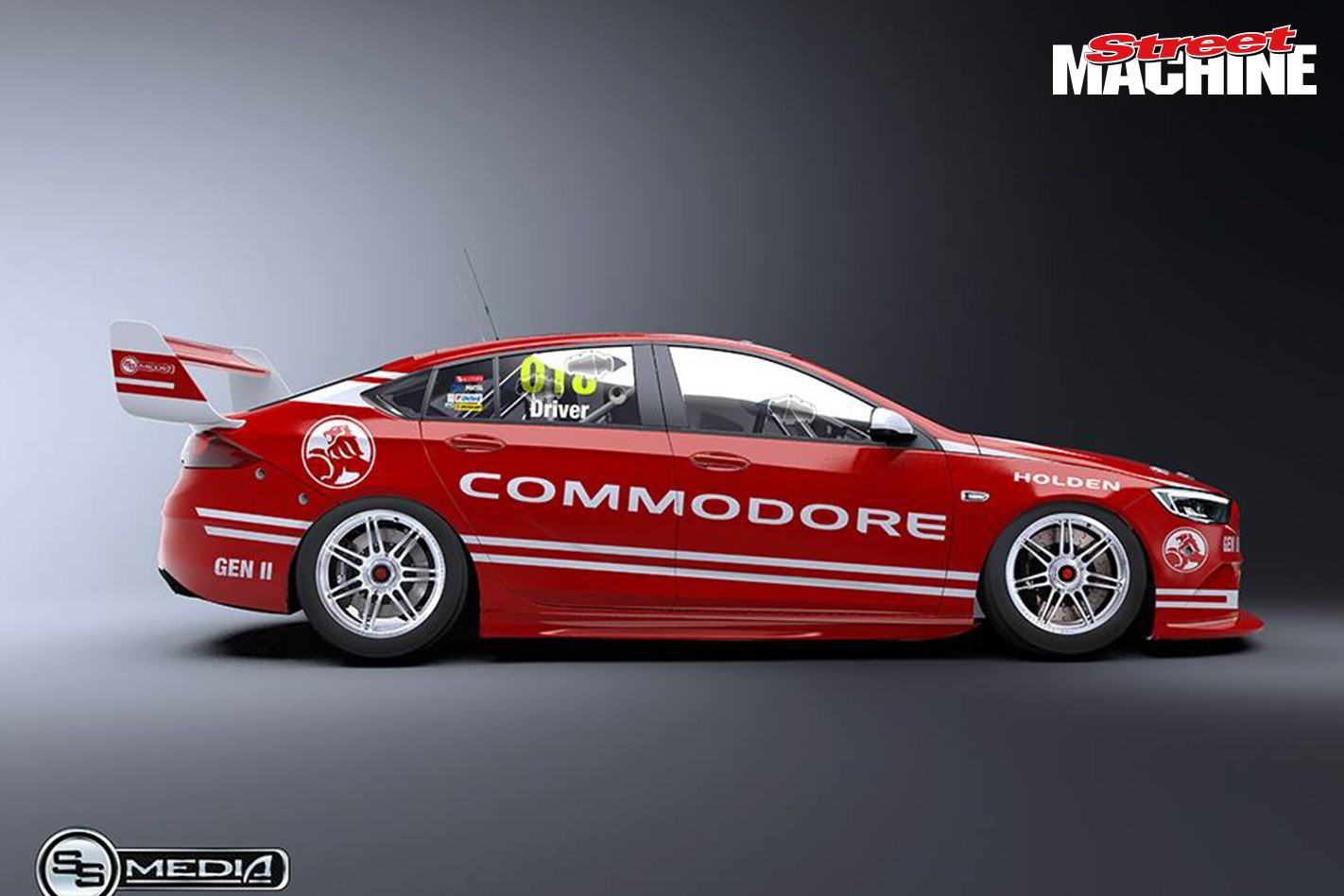 Rumours suggest Holden will ditch the V8 for the first time in the Commodore’s long and illustrious racing career, for a twin-turbo V6 LF3 based on the one used in the high-performance Cadillac ATS-V. We’ll have to wait some time for confirmation on that fact, but in the meantime these renderings from Scott Yorston of ssMedia show what the new Commodore could look like kitted out with all the wings, scoops and stickers of a race car.

How will the new front-drive Commodore be turned into a rear-drive race car you ask? Well, the Car Of The Future platform that Supercars has been running for the past few years is essentially its own rear-drive architecture that teams insert their own engines into and fit their selected car bodies around. 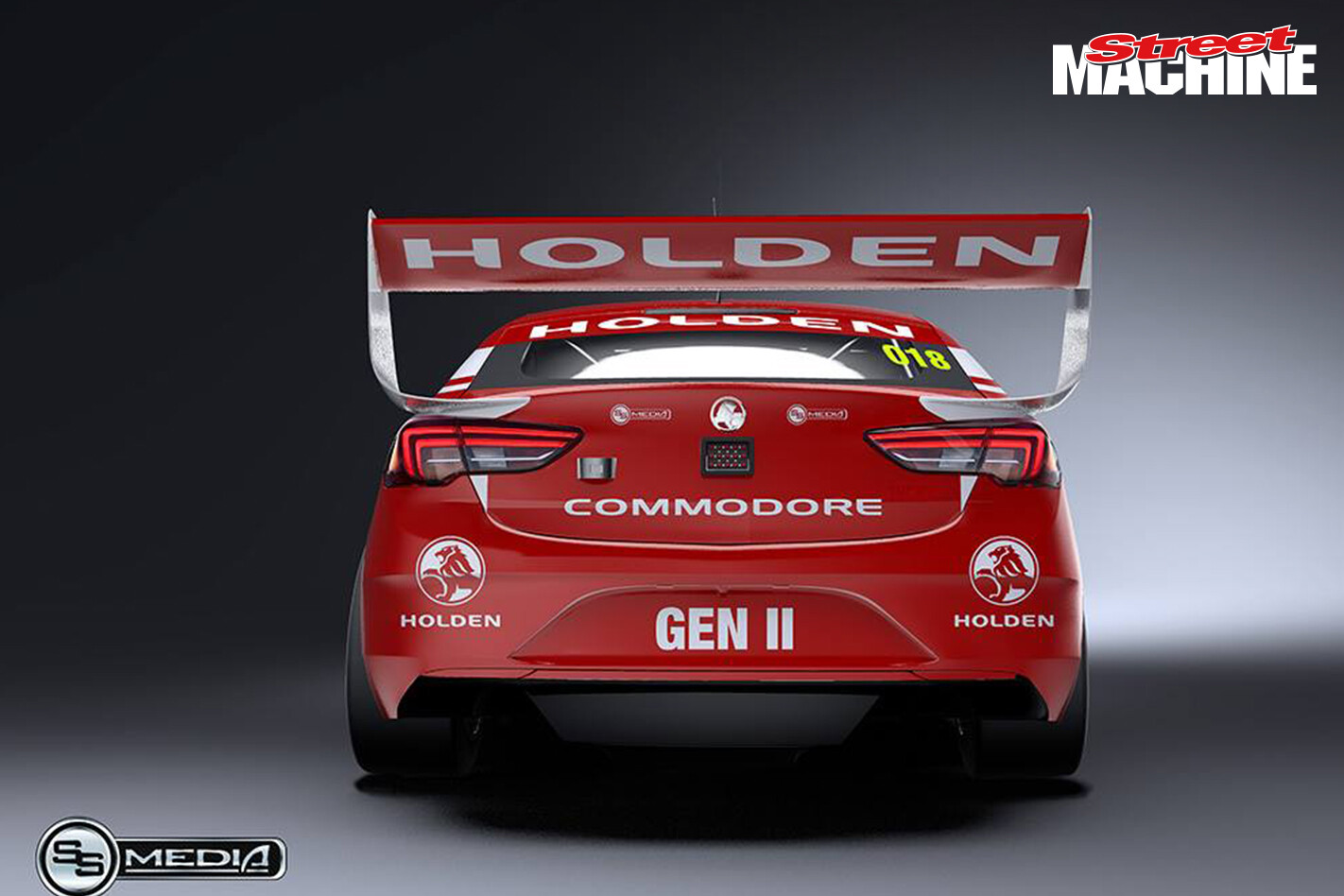 Yes, under the skin the Falcon and Commodore race cars are virtually identical, with the exception of their engines. This is how Nissan and Volvo have been able to use front-drive-based passenger vehicles as rear-drive racers for the past few years. The rules have only stated that your race car needs to have a sedan body that is based on a car currently on sale in Australia – and, until now, a V8 engine.

From this year the Gen2 rules come into play, which means race cars don’t have to be based on sedans and they no longer need have to have a V8, meaning teams could adopt turbo sixes, V12s, turbo four-cylinders and the like. This year no team has elected to stray from the old sedan and V8 formula – though it opens the door for cars like the Ford Mustang to enter the sport in the future, and for Holden to use a V6 engine. 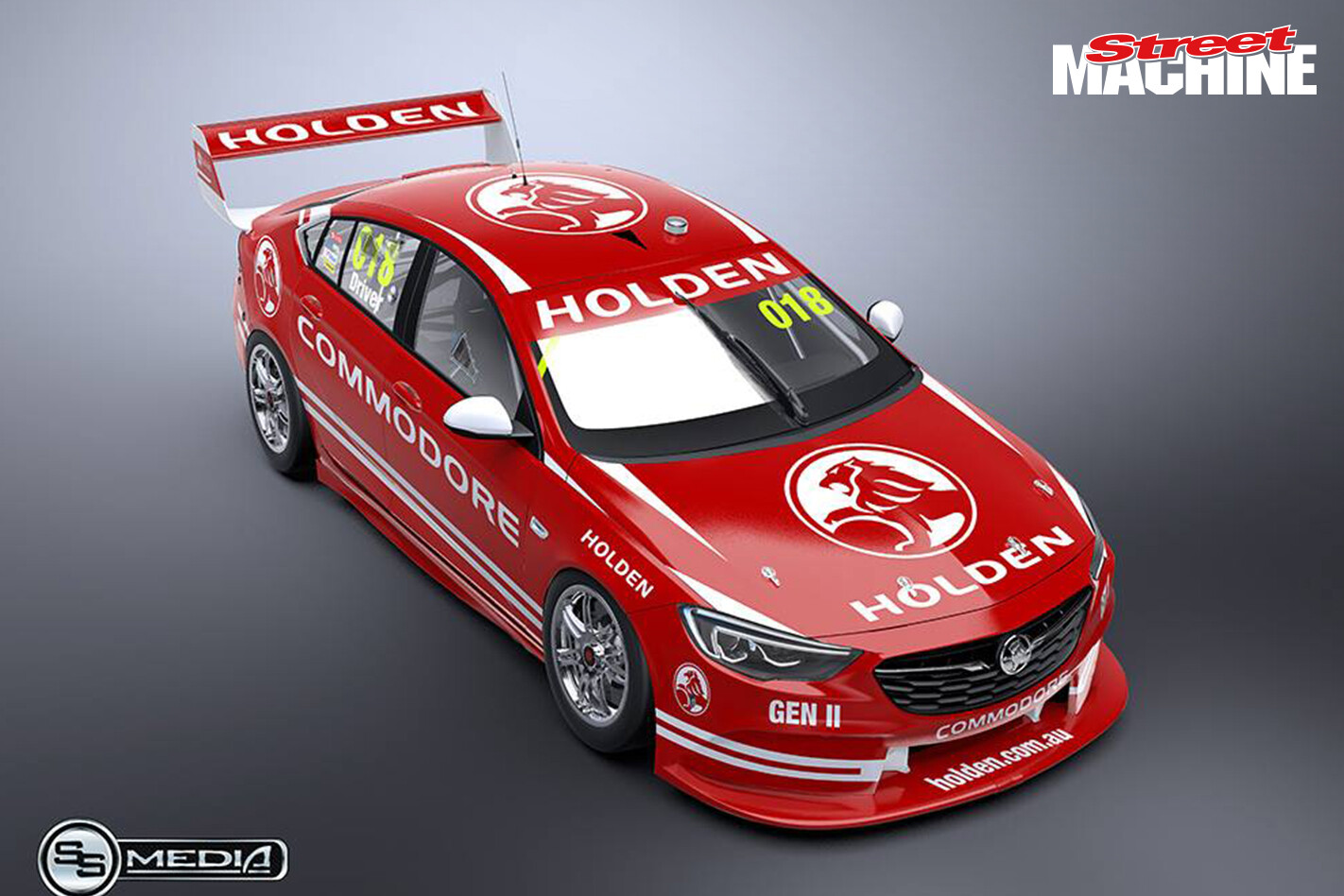 Basically, provided you can fit your car body and engine around the rear-wheel-drive chassis that Supercars has developed, you can enter the sport. For balance of performance, all of the cars will use the same gearbox, rear end, brakes and suspension components, with teams able to adjust aero and engine performance within set parameters to keep things fair.

While it will be sad to see the Aussie Commodore race cars we’ve grown up watching and admiring replaced by an imported model, these new regulations could actually make the sport a lot more interesting. What do you think?