IN MARCH 1967 the world, and drag racing, were much simpler, and for 19-year-old Sydney hot rodder Ben Gatt, the world of 2017 was beyond imagination and caring. March ’67 was when he first ‘officially’ strapped himself into his new black metalflake FX gasser and took his first ‘official’ pass down a quarter-mile, at the Castlereagh drag strip, west of Sydney. 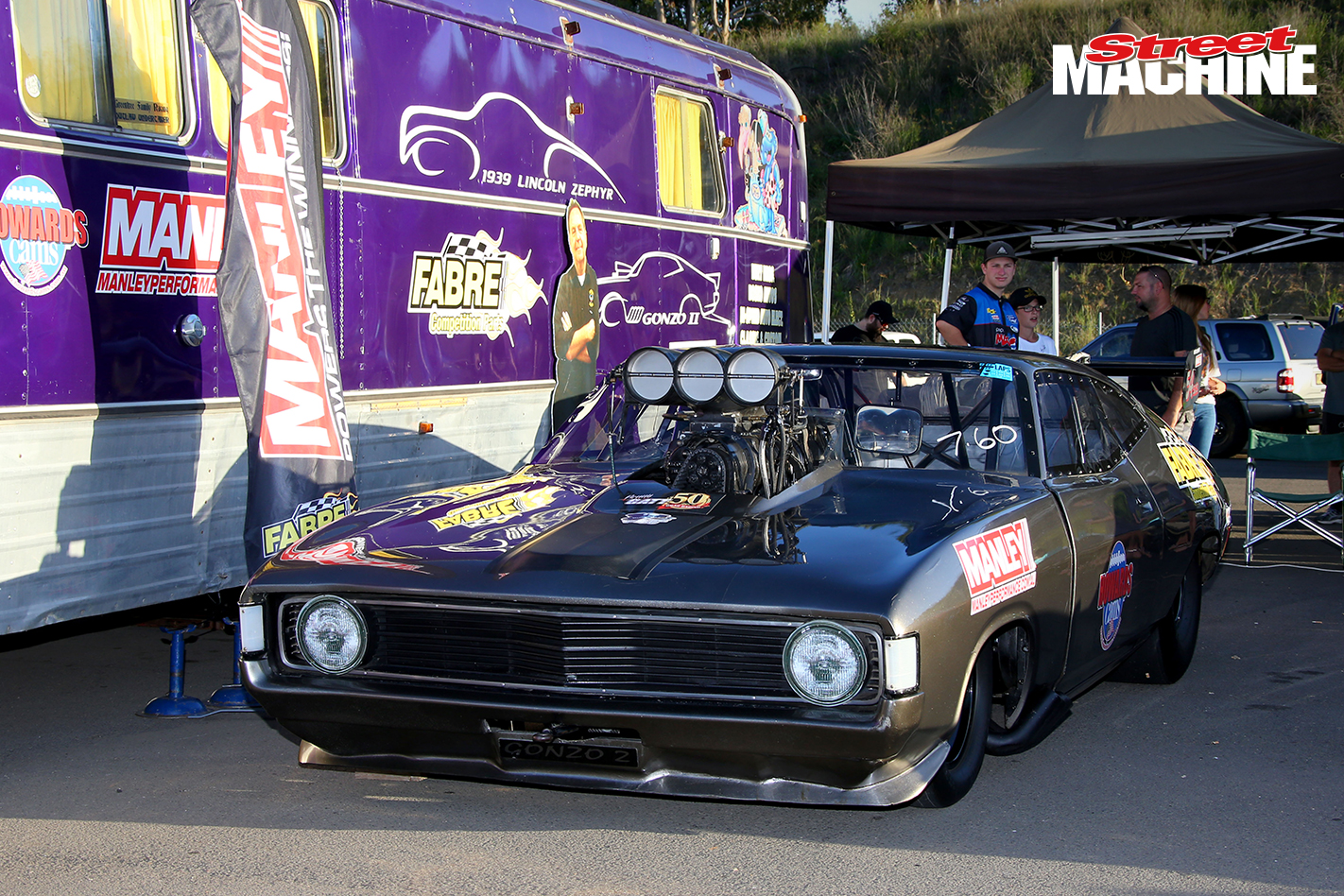 Cut to 11 March 2017, and Ben celebrated his 50th continuous year of drag racing, in his low-seven-second XA Falcon that he has been campaigning for 29 years. Competing at Sydney Dragway’s Day Of The Drags event, Ben blasted through two rounds of racing while dealing with a continuous round of congratulations from old friends and new, as the first Aussie to mark such an achievement.

“I’ve had a ball here today,” said the 69-year-old veteran. “I love coming out here and competing against the young kids and seeing my old mates.

“I love working on the car, I love the big two- and three-day meetings. I still get up at 6am each morning and head out to the shed to start to tinker on some job or other. In the old days I just wanted to win, but now I just like having fun around the sport.” 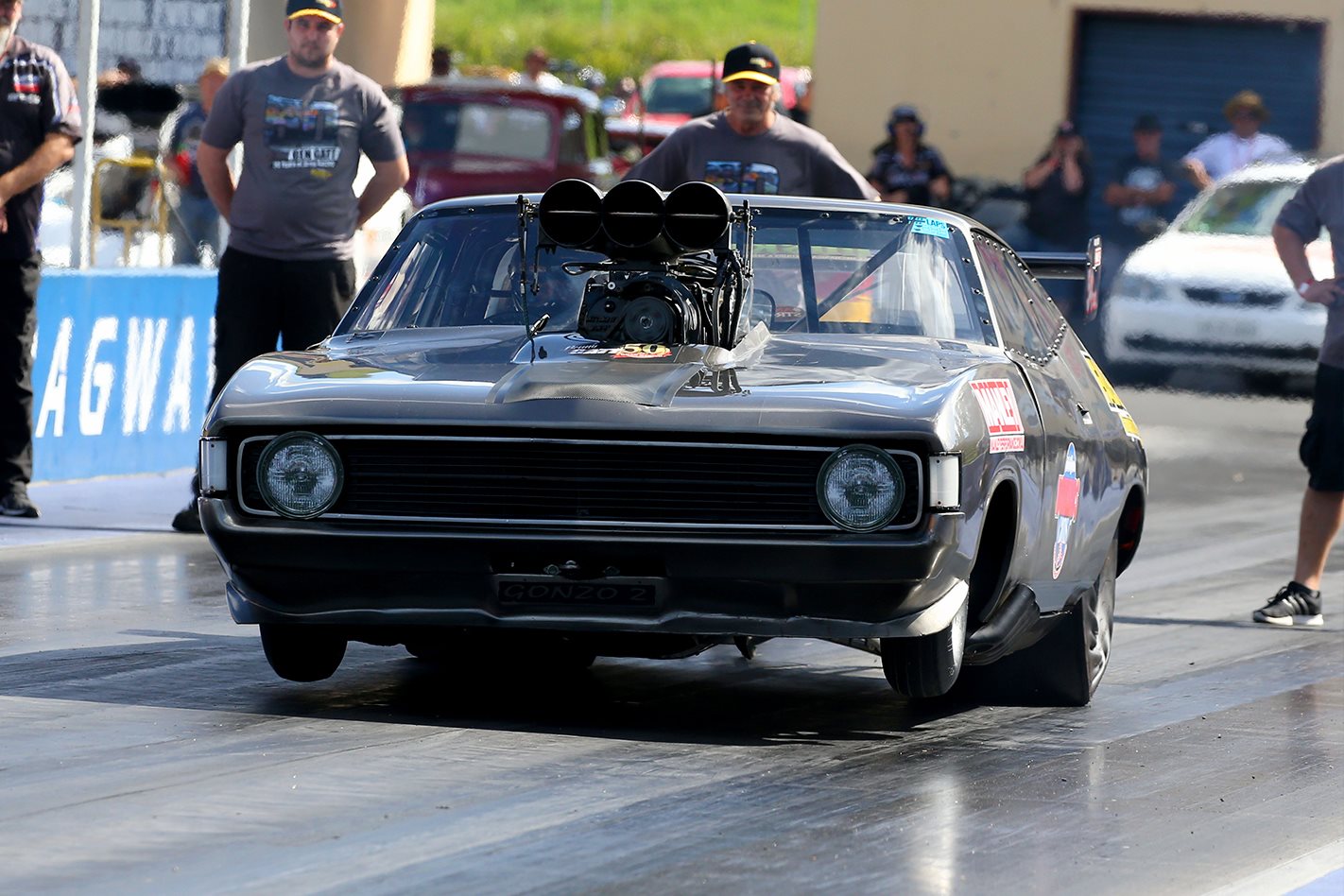 Over the years Ben, and his older brother Joe, were founders of the Gladiators Hot Rod Club in 1965, won the Nationals (1990), held numerous national records and in 1995 claimed the title of the world’s quickest Ford with a 6.67 from their two-door Shotgun-powered XA Top Doorslammer. 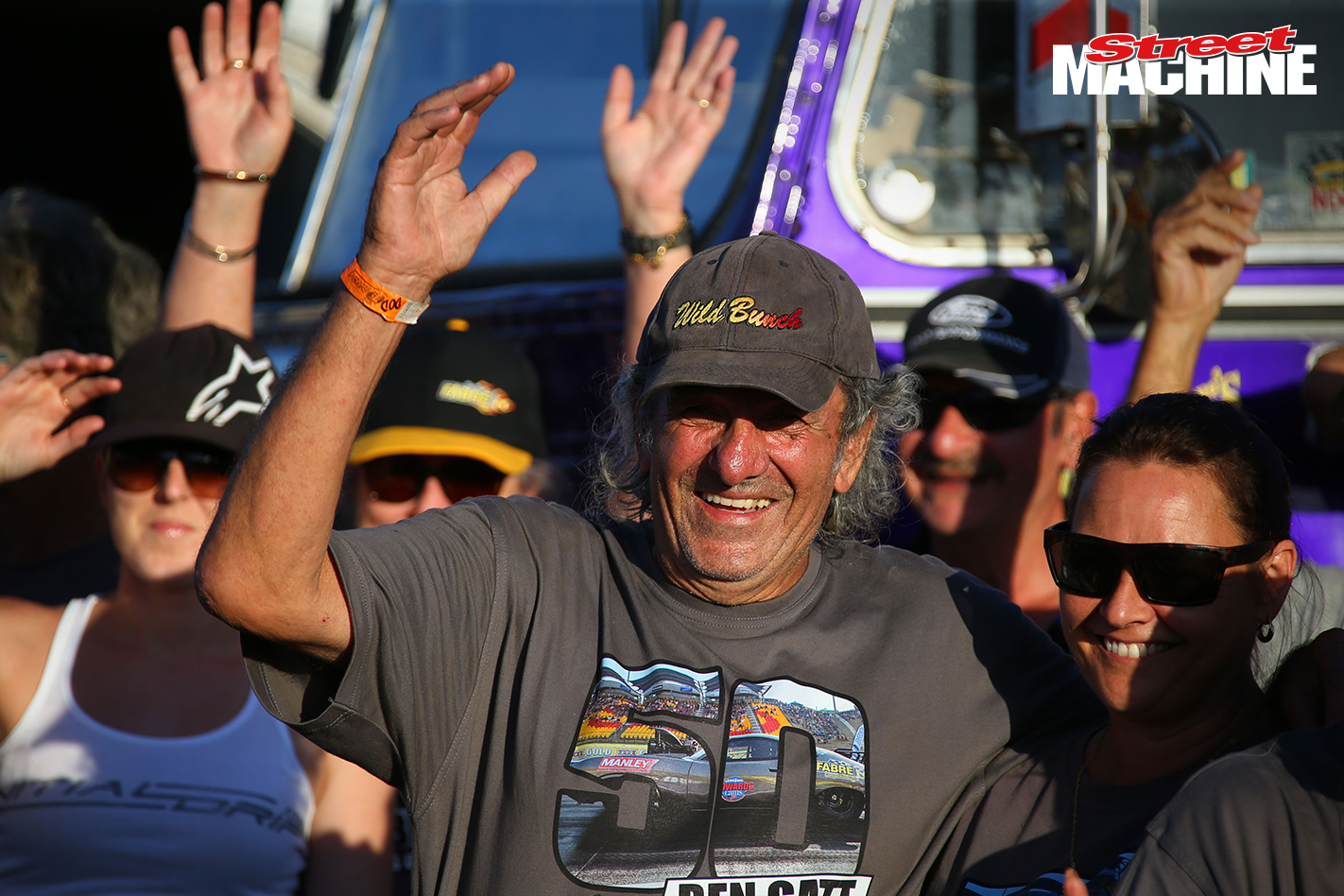 The pair became beloved of racers throughout Australia with their Super Flow Heads business, which would sponsor just about anyone with a race car.

Joe passed away in December 2014. At Ben’s celebratory race event, ex-Fuel Altered and Funny Car racer Bob Dunn, one of the greats of Australian drag racing, told Street Machine: “Ben used to builds hot rods in a shed in my backyard and introduced me to Joe and then to drag racing. Ben has been a real star for drag racing in Australia.” 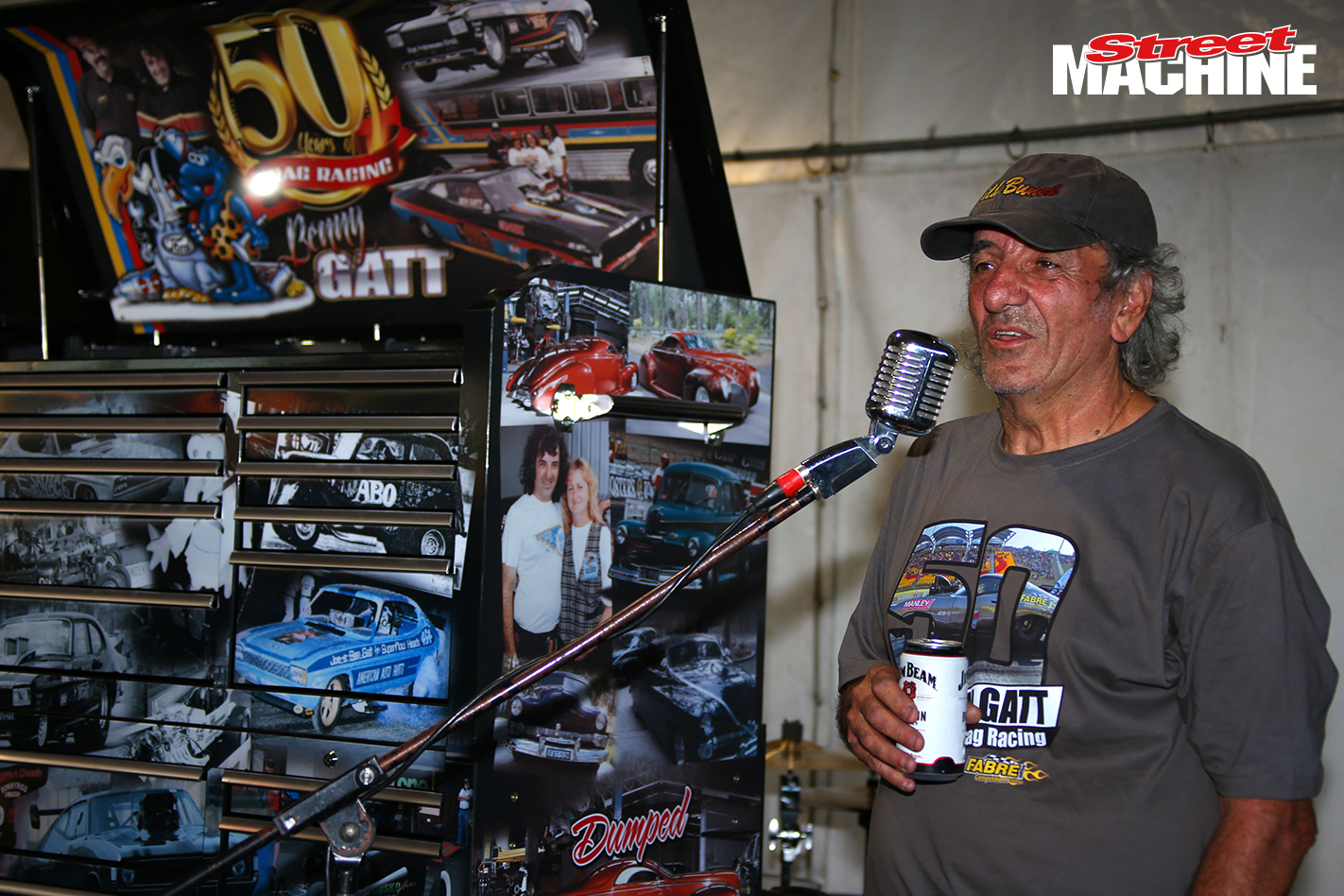 Attired in his trademark slippers, Ben was presented with a huge vinyl-wrapped tool box featuring images of his cars and prominent moments in his racing life, which he said would not be seeing any tools but would find a place in his lounge at home.