FOR mine, the best part about any car show, big or small, is the thought of what new and exciting rides will pop up. That’s what keeps me excited about going to shows, rod runs and drags from Carlton to Kalgoorlie. This weekend’s Victorian Hot Rod and Cool Rides Show didn’t disappoint on that front with Doug MacDonald’s HG van on debut for the Holden guys, and Adam Aguis’s XR Fairmont fronting up for the blue bloods.

Adam comes belongs to a family of Ford fans and we’ve seen some of their work in Street Machine before, including the HIGEAR XY GS replica, which belongs to Chris’s uncle, Michael Agius. Michael was also instrumental in the build of Paul Cassar’s XXXWHY Fairmont, which was our cover car back in June 2014.

Adam’s factory V8 1967 Fairmont is built to the same exacting standards as those cars, but has taken more of a Pro Touring-influenced style, eschewing chrome bumpers and other bright work for a classy grey. Underneath, the XR is super-detailed with false floor panels tidying everything up nicely.

Inside is yet another tasteful trim job by Adrian at Cool Trim, featuring highly modified late model Falcon buckets and a custom dash.

Under the bonnet is a stout 420ci Dart block Windsor, screwed together by Eugene from Flowcraft Race Engines and backed by a TH400 ‘auto.

Dubbed PLEASR, the XR only rolled out of the shed a couple of days before the show, so Adam was super-stoked to have it on display. Look out for a feature in Street Machine, soon! 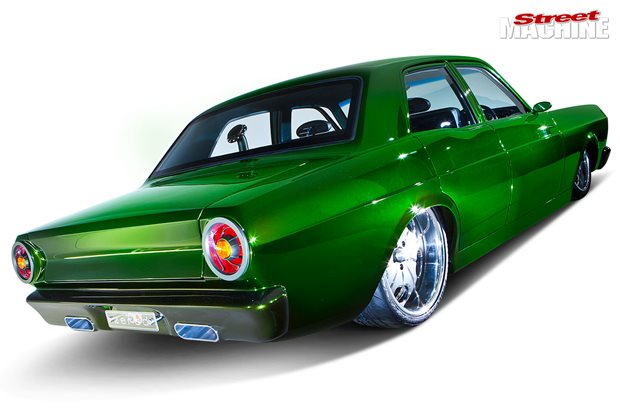