Tuff Mounts Barra-powered Mustang in the works at MPW Motorsport

FOR the past few months, Tuff Mounts frontman Jason Waye has been keeping his mates down at MPW Motorsport busy with his Barra-powered ’89 Fox-body Mustang.

Dubbed ‘FOXSAKE’, the expat pony car is being assembled as a reliably streetable eight-second drag stallion. 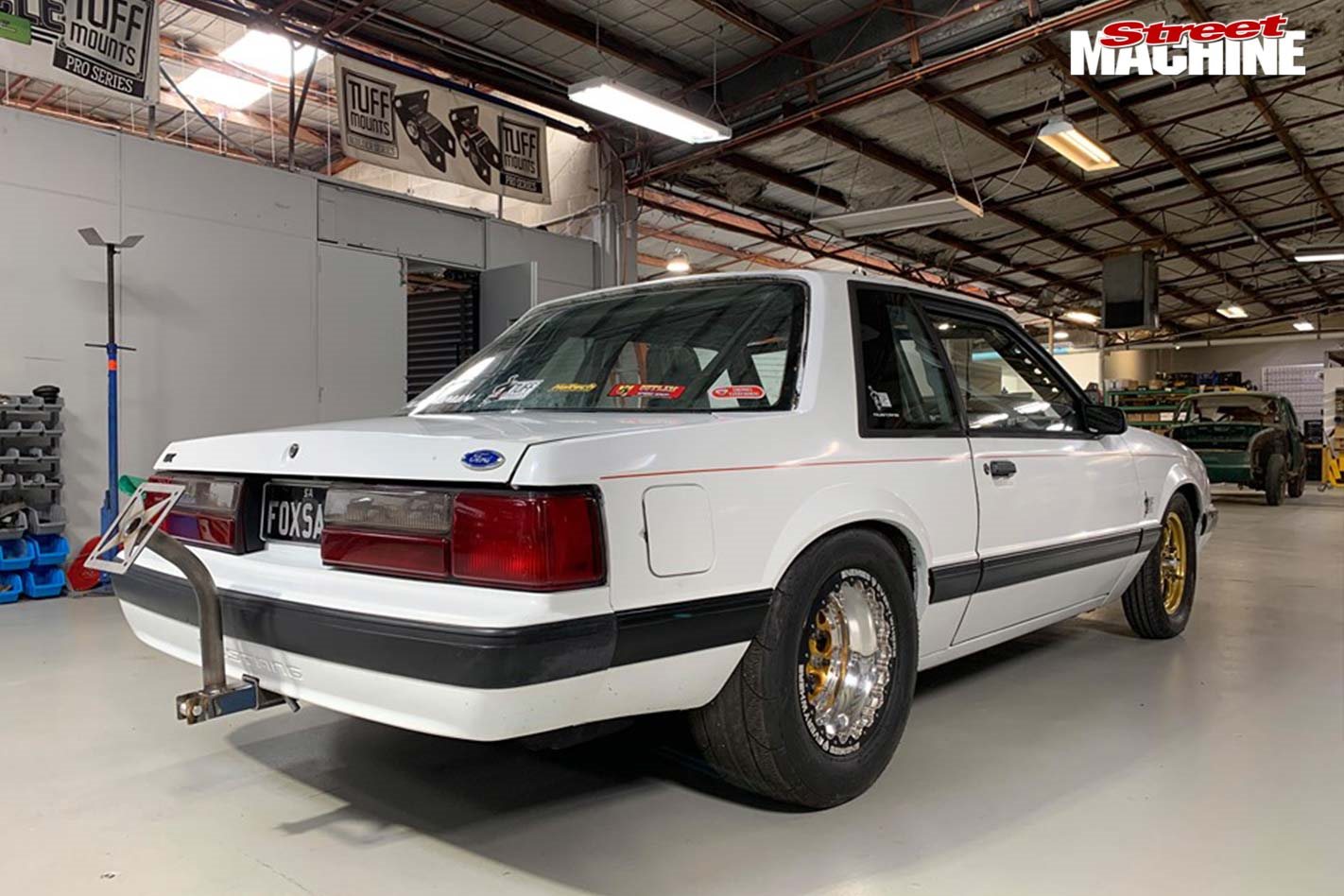 It’s been the better part of a year since we first took a look at this car. Back in January, the 2.3-litre factory four spat out a pathetic 42rwkw on the dyno. Since then, Jason and the MPW boys have slotted a true-blue six dripping with Plazmaman gear between the shock towers. While the donk itself is yet to be built internally, Jason is hugely impressed with the direct fitment of the Plazmaman manifold and big intercooler set-up. Both himself and Adam Rogash of MPW are especially tickled that all of the Mustang’s headlight assemblies and bracing could remain unmolested. 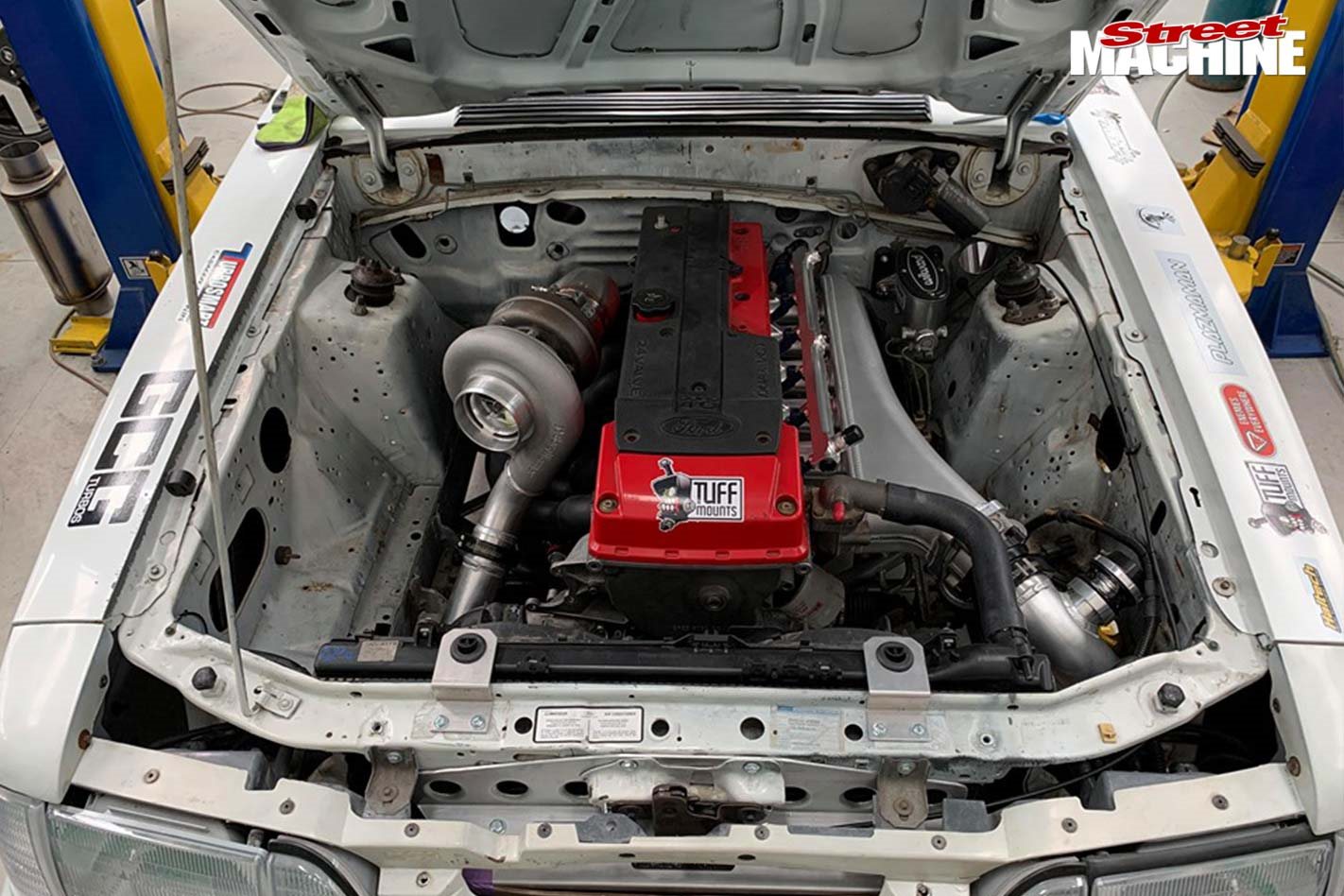 Adam capped the engine bay off with his own dump and intercooler piping, as well as a full exhaust. The whole assembly rests on a set of engine mounts and crossmember cooked up by Jason himself, which Tuff Mounts now offers both here and Stateside.

The rear end of the car also received a touch up, with Viking coil-overs, a chunky Enemies Everywhere anti-roll bar, and an obligatory Drag Challenge tow pack. 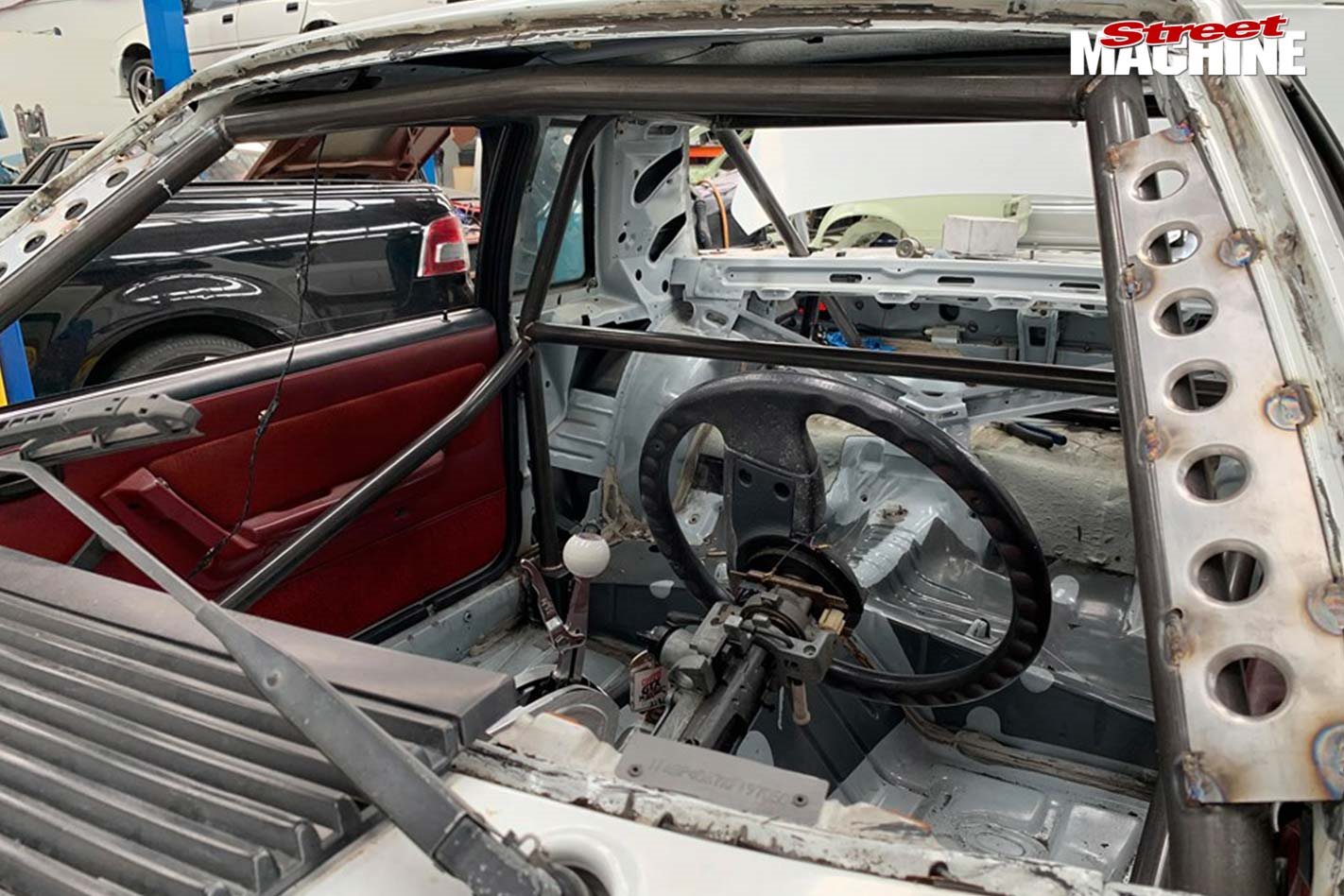 The crew in Keysborough turned their hand to fabricating a full ANDRA-approved six-point rollcage. While the Fox-body’s miniscule back seat necessitated some Houdini-like contortions on Adam’s part, the Mustang left the shop with a tough, super-tight ’cage.

Jason hopes to have the car mobile and ready for testing around the tail end of the 2019-20 drag season, as the weather cools off. Between now and then, there’s a fuel system to implant, wiring to be laid, and a driveline to be built. All things going well, Drag Challenge 2020 awaits! 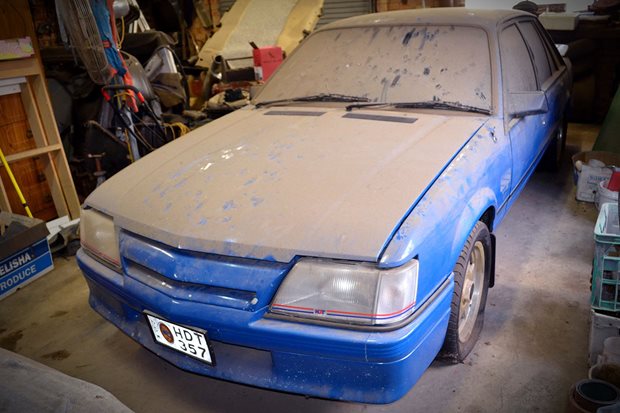 This Group A HDT VK Commodore has been unearthed in a shed, with just 44,000km on the clock