BRENDEN ‘Bubba’ Medlyn had a rough trot at Street Machine Drag Challenge 2017. In the lead-up to the event Bubba made the switch from sensibly-sized turbos on the Torque Power Holden motor in his VH Commodore to full-on crazy twin 88s. But during DC the VH was laggy, wouldn’t come up on boost on the startline, and while it pulled like a train in the top end, running over 184mph, it wasn’t where it needed to be ET-wise. To make matters catastrophically worse, on Day Two the engine went kaboom and destroyed the whole rotating assembly and block.

It has taken almost 12 months for Bubba to rebuild the Drag Challenge 2016-winning Commodore, and with a whole heap of custom-made parts coming from America, there were doubts as to whether the car would even have an engine in time for this year’s Drag Challenge. Fortunately everything arrived in time, and Glenn Wells was able to smash together the motor with a new Torque Power Little Paw block and Higgins heads. The Little Paw is based off the Holden 308 design but is infinitely stronger, with improvements to the oiling system and more customisation for bigger lifters, bore size and roller-cam bearings. 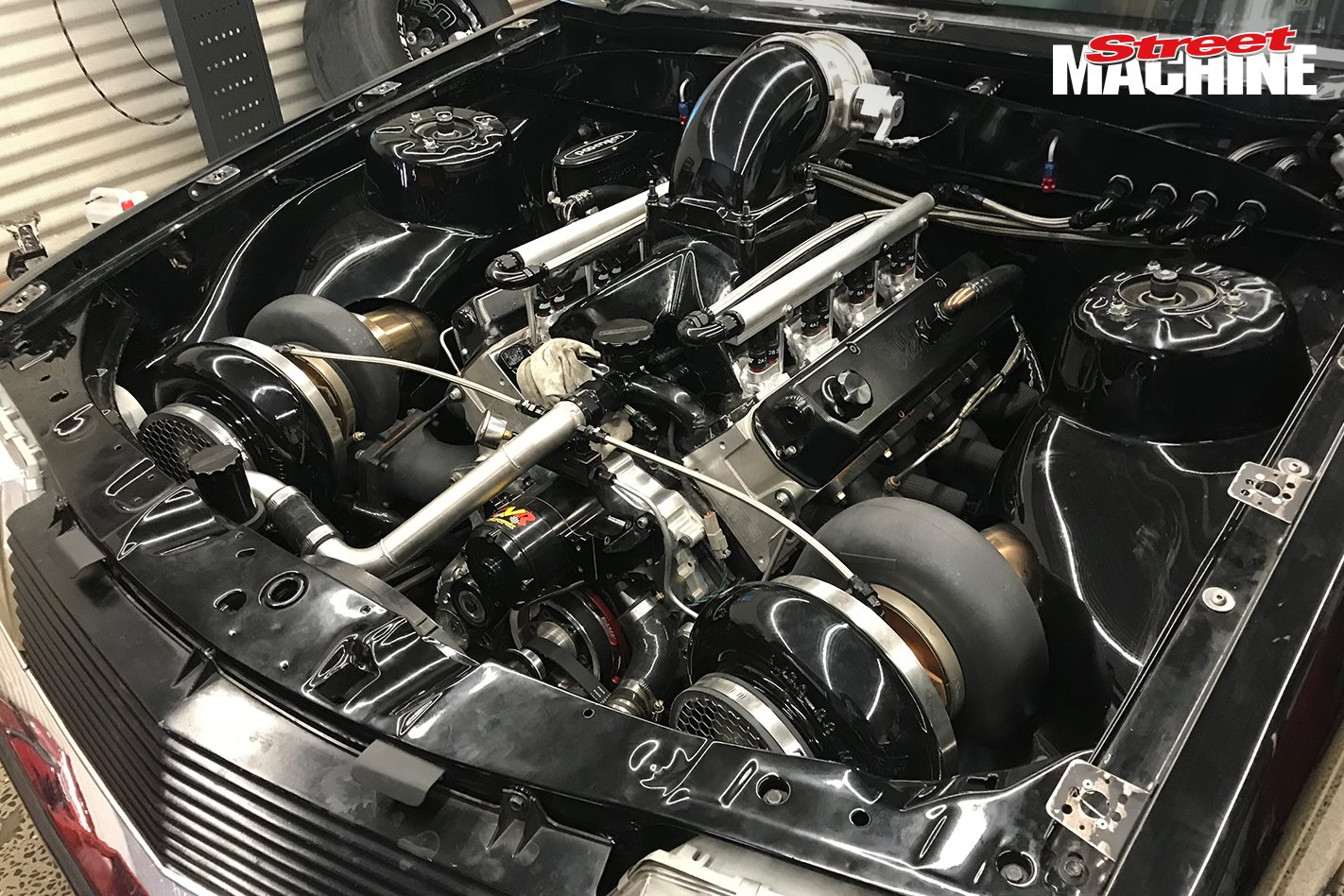 For this new combo Bubba has persisted with the big turbos, but made the switch to methanol fuel and had a second converter dump added to the gearbox to help bring the car up on boost quicker. With all the tuning now complete, the motor reaches launch rpm and boost within seven seconds without having to use nitrous – not bad for a mill measuring under 400ci with twin 88mm hairdryers.

We joined Bubba and the All Race Fabrications crew down at QuickBitz earlier this week to witness the car being put through its paces on the hub dyno, with Stix on the keyboard, and boy were we blown away. The new set-up makes huge power without breaking a sweat – 18psi of boost saw close to 1400rwhp, and by the time Stix crept it up to 34psi it was making over 2000rwhp – right on the limit of the dyno. 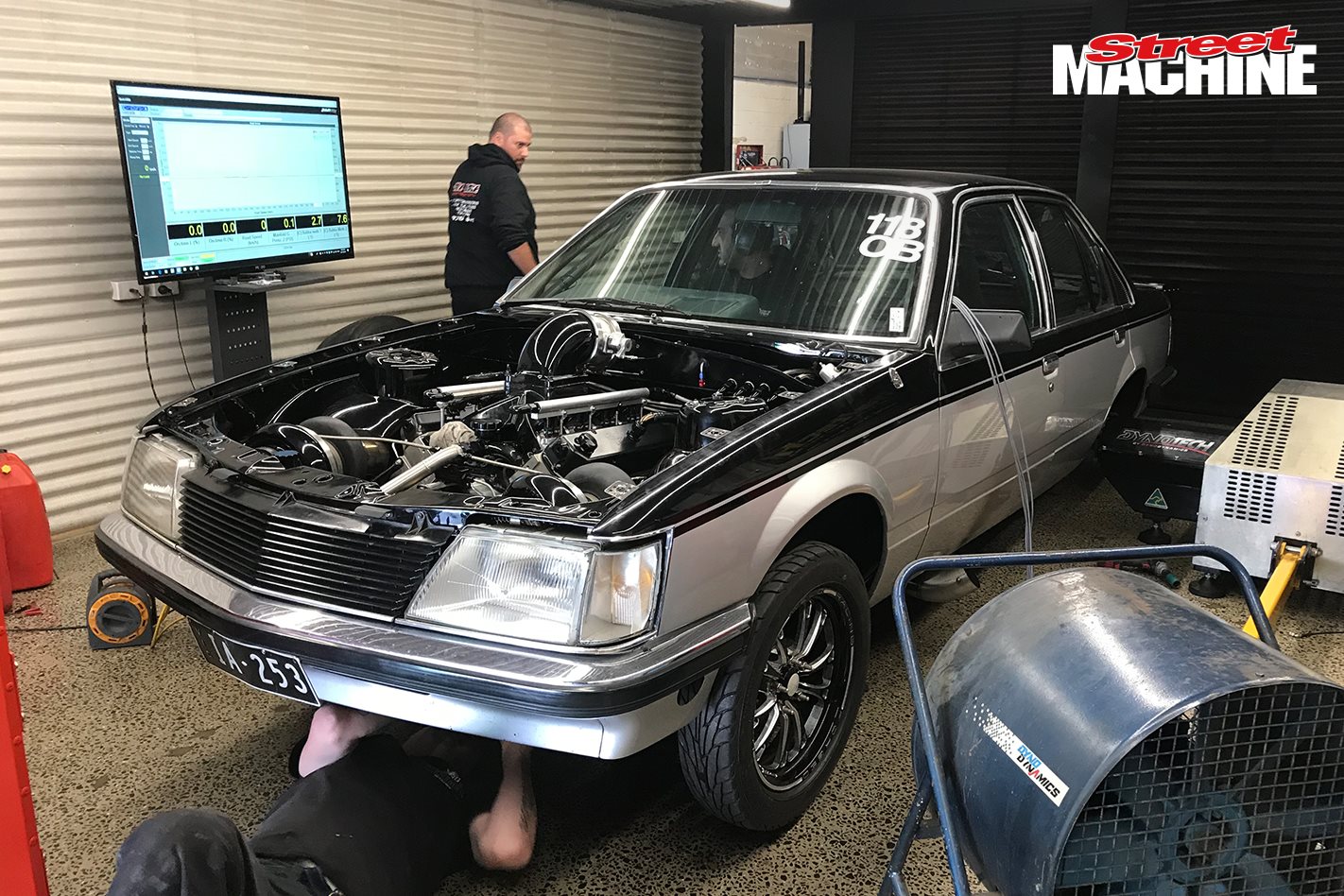 There’s more in it, but that’ll have to wait for the track, and we can’t wait to see that come Drag Challenge in under two weeks’ time!