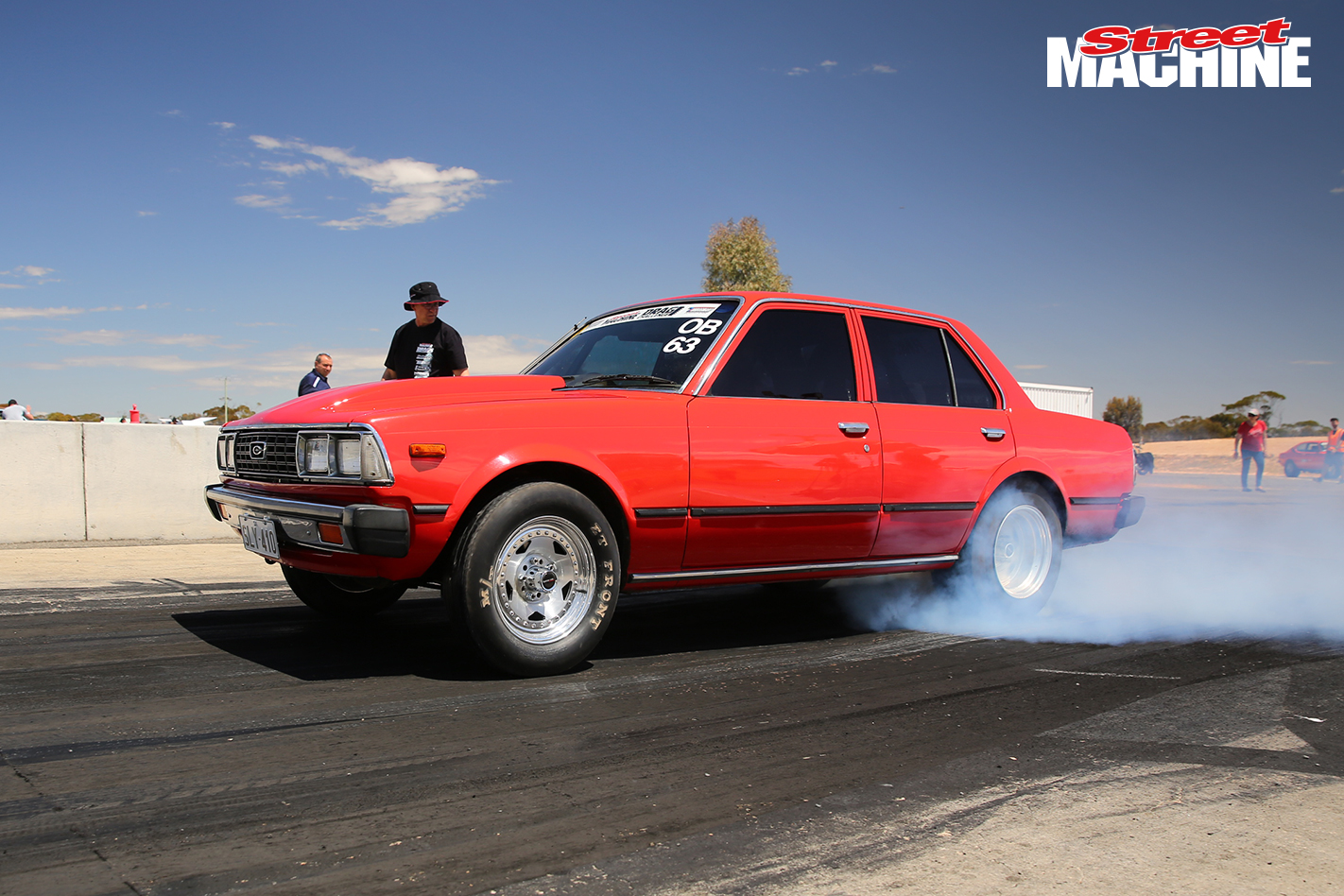 But there were also some more adventurous heart transplants, such as Paul Mulcahy’s twin-turbo and supercharged Commodore V6-powered 1958 Austin Lancer, and Max and Jake Edwards’s LS-powered Corona wagon. 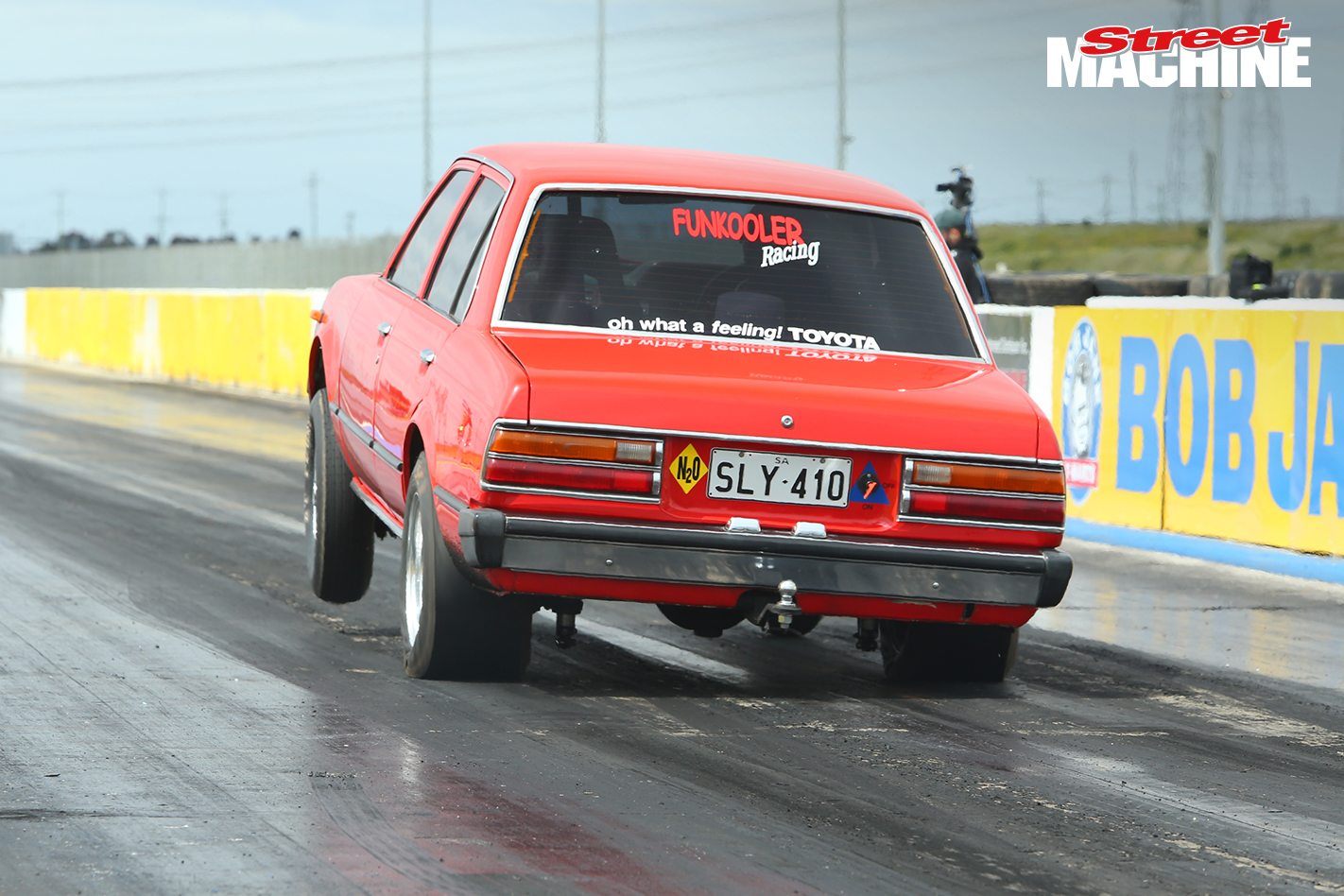 Add another Corona V8 to the list of crazy conversions – the rumbling Chev-powered red ’83 sedan that Darren Mallison and his brother Mick brought over from Mount Barker, South Oz. 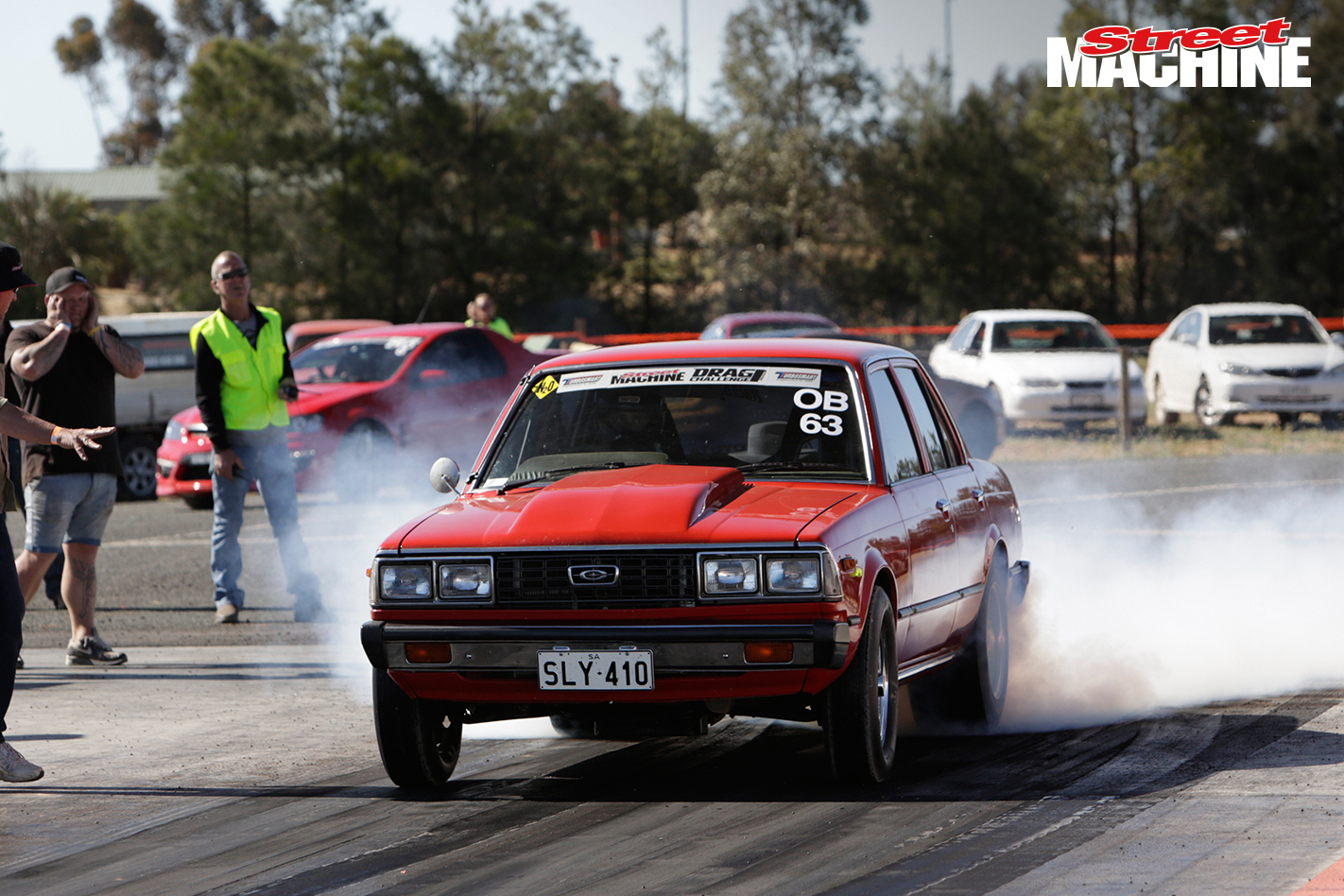 “I bought the car about six years ago from Tony Webb – Webby – in Brisbane,” Darren said. “It already had a V8 in it – in fact, this car has been V8-powered for most of the past 30 years!” 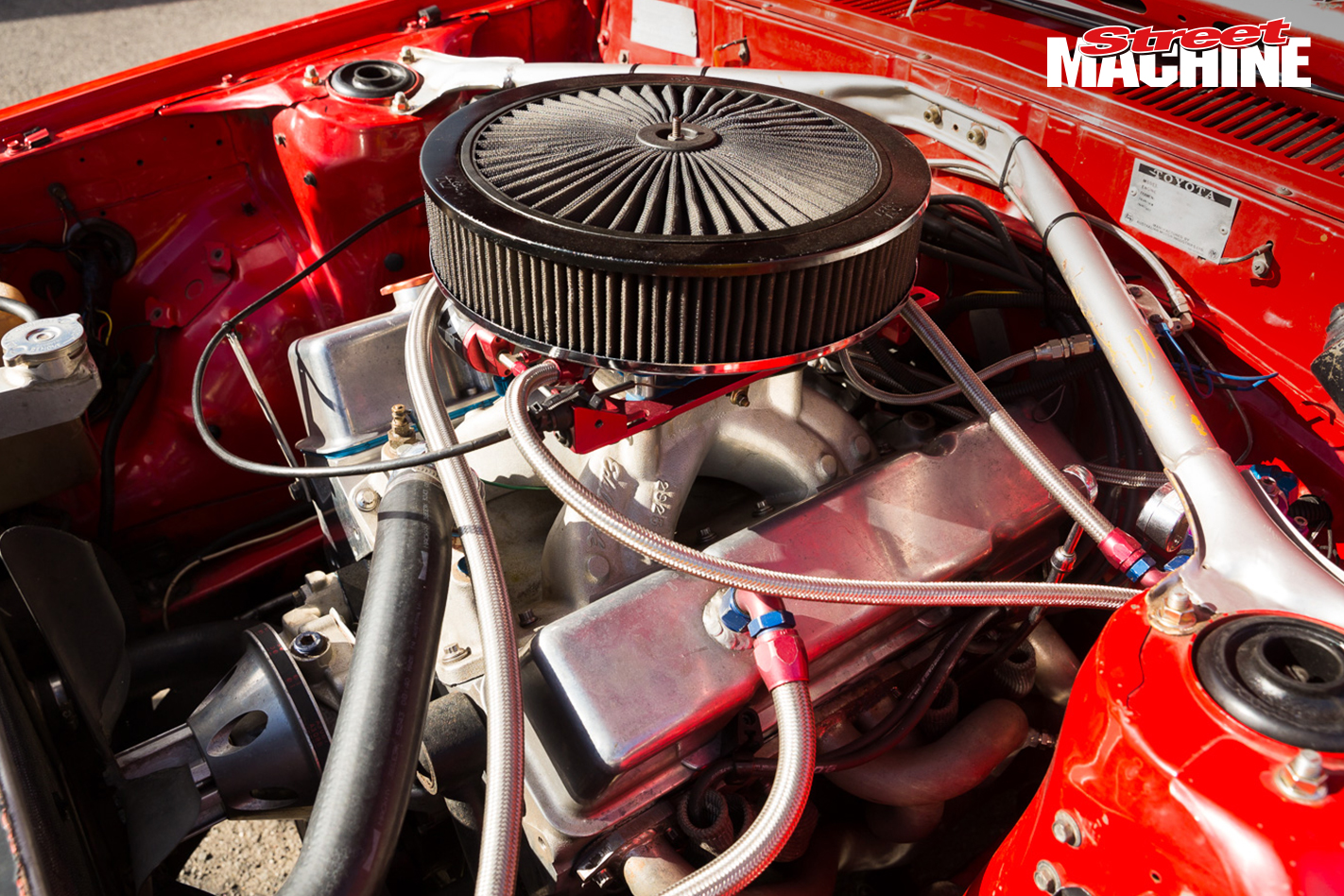 It’s had a Val 318 in it for most of that time, but for the past decade it has been Chev-powered. Darren arrived at Drag Challenge this year with a gassed and E85-fuelled 414-cube small-block. Built with stacks of help from Brett at Gawler Mechanical (who campaigned a silver HT Holden at Drag Challenge), the engine was built with a Dart block and Brodix heads CNC-ported by Frank Intini. The 13:1 compression burns the E85 quite nicely after it has been fed into the Super Victor intake by a 950cfm Quick Fuel carby. 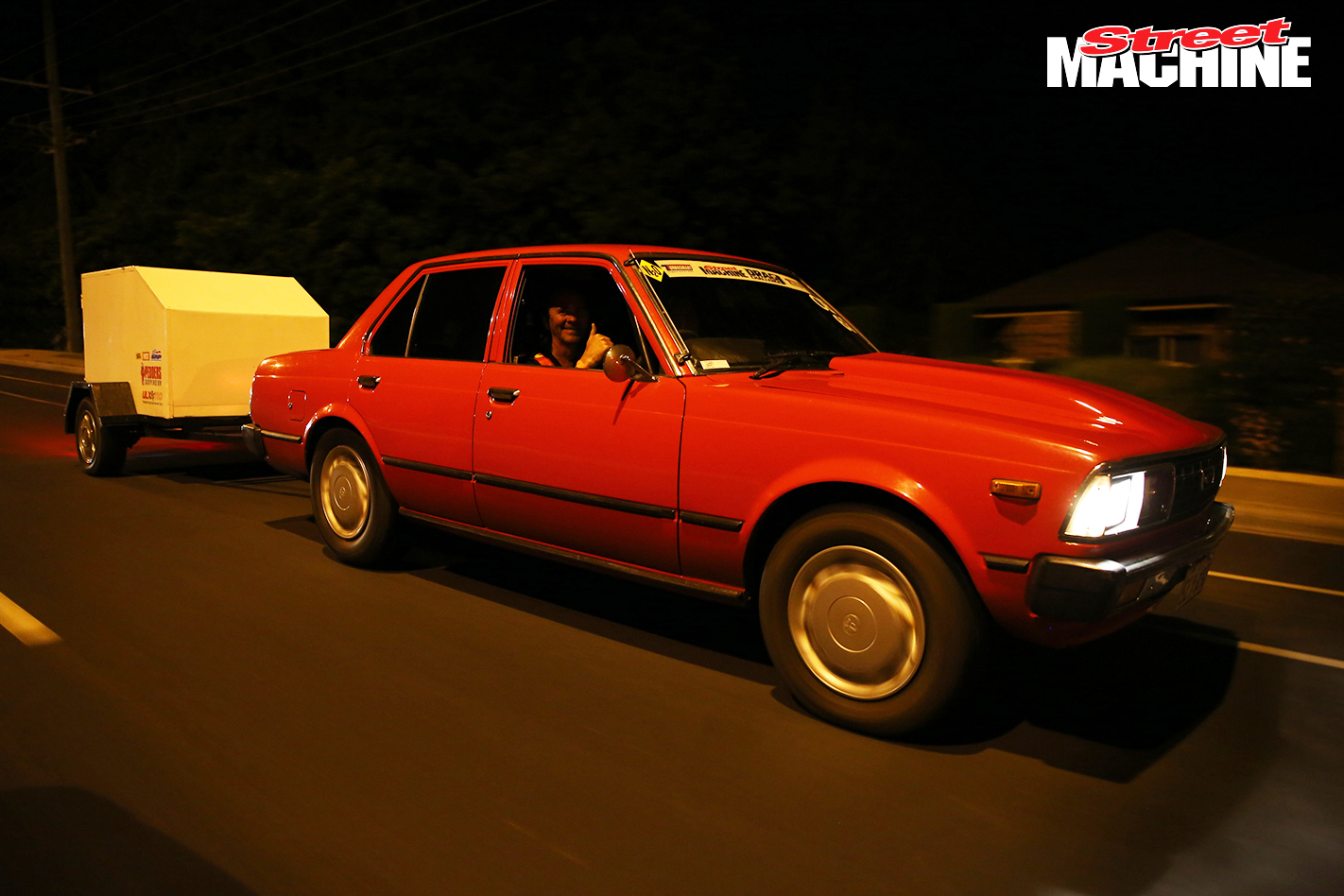 “It turns a few heads!” Darren laughed. “People hear the rumble and they look for a muscle car – they don’t expect to see a Corona! That’s what we like about it – it’s fun and unexpected.” 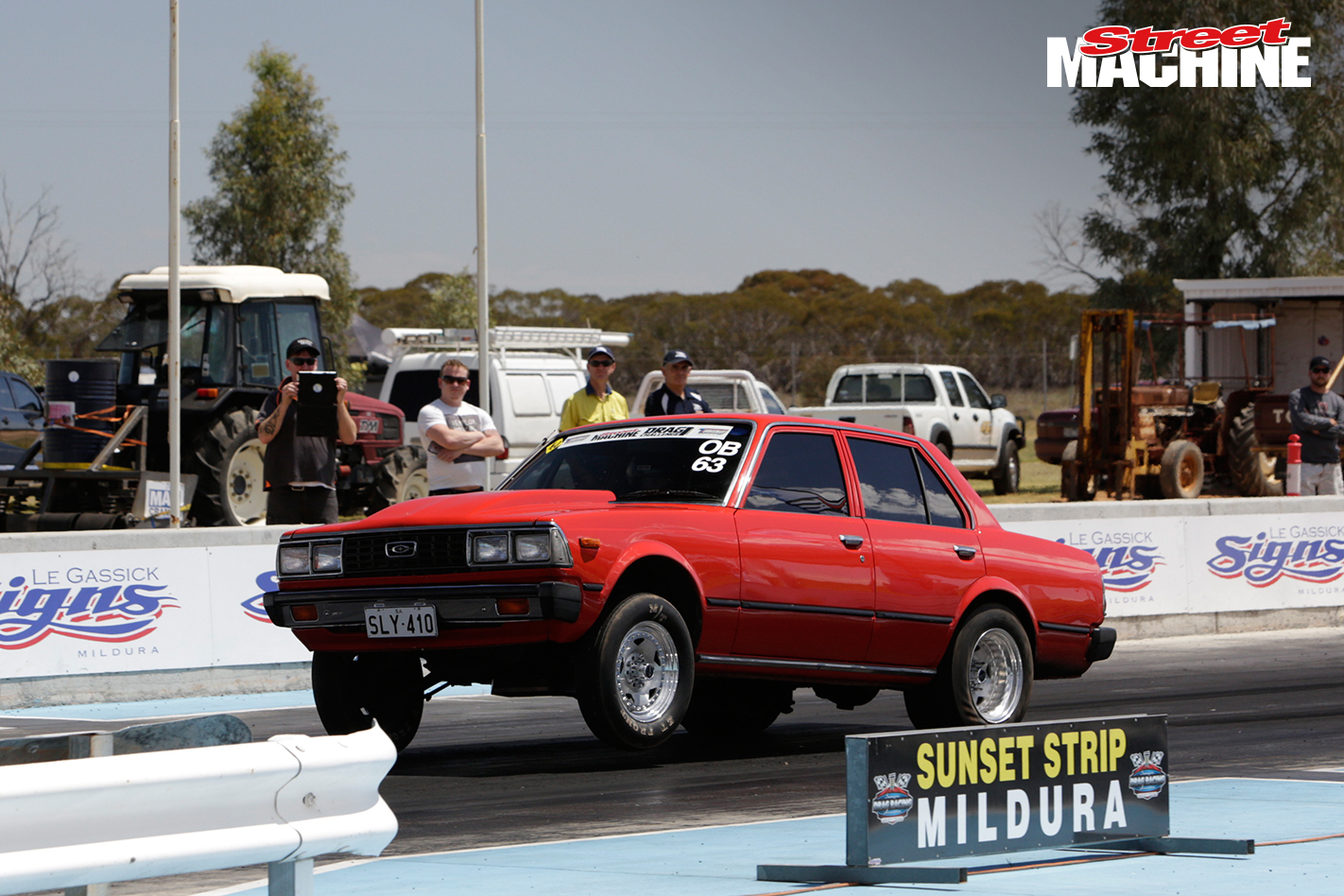 The ’box is a Powerglide with a 4800rpm converter, and behind that there’s a nine-inch fitted with 3.89 cogs. The Corona retains its factory-style four-link suspension, but with tweaks. The coil-overs and a fat anti-roll bar were set up by CK Racing Developments to allow the mid-size 1980s family runabout to hook up straight and even. It’s been mini-tubbed and the chassis rails are notched a little to allow a 10-inch slick to fit. The Ford rear drums and early Commodore front discs are game enough to pull the car down from nearly 240km/h once every few minutes at the drags. The rear slicks – and the 150-shot of giggle gas – meant Darren was in the Turbosmart Outlaw Blown class for Drag Challenge. 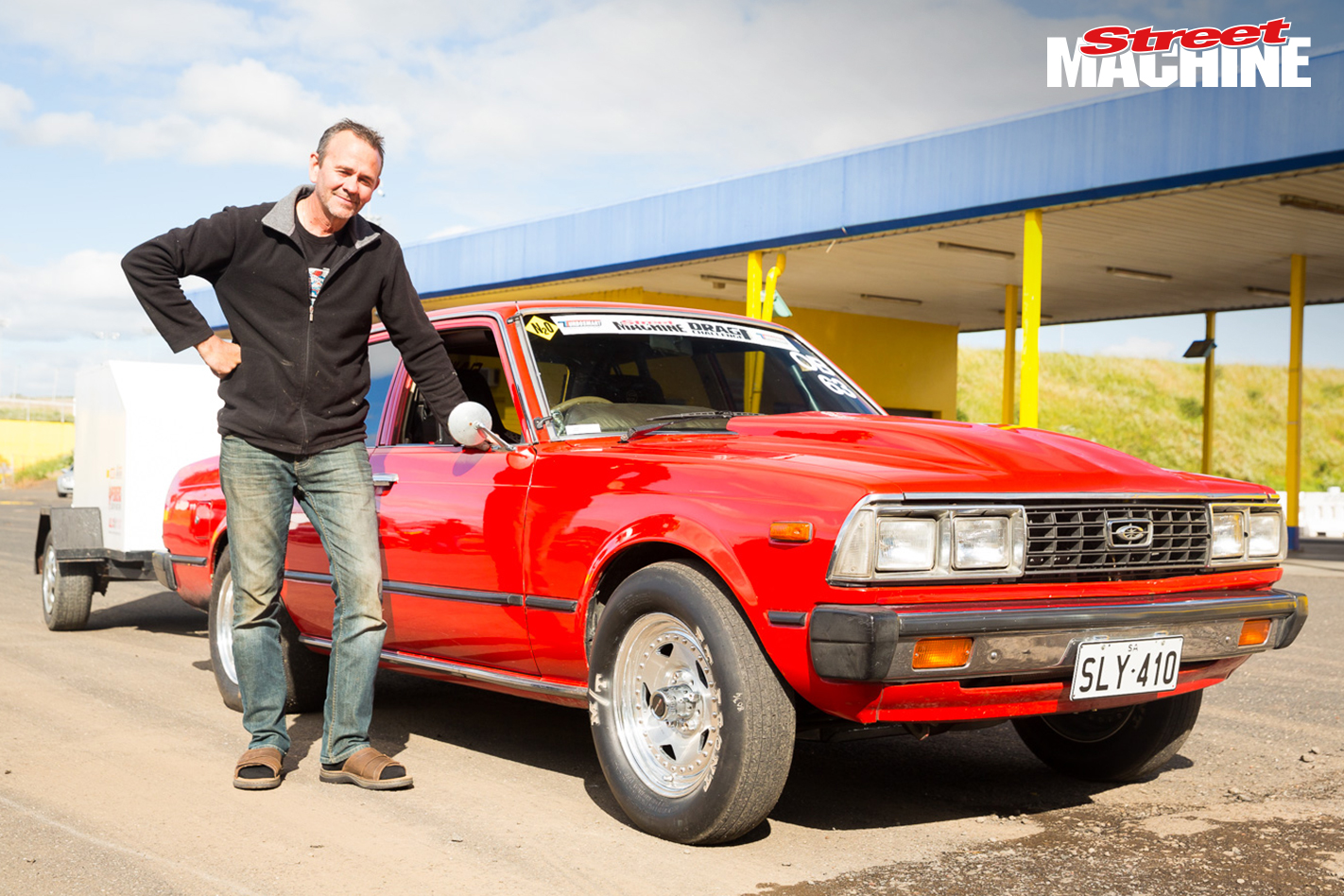 “You look at the videos and it launches really nice,” Darren said. “Before the anti-roll bar went in, it used to really twist up.

“It sits on the highway at three grand at 90km/h, so we’re only putt-putting around in it. I think we used about 600 litres of E85 juice for the week – it’s not a fuel-economy run! 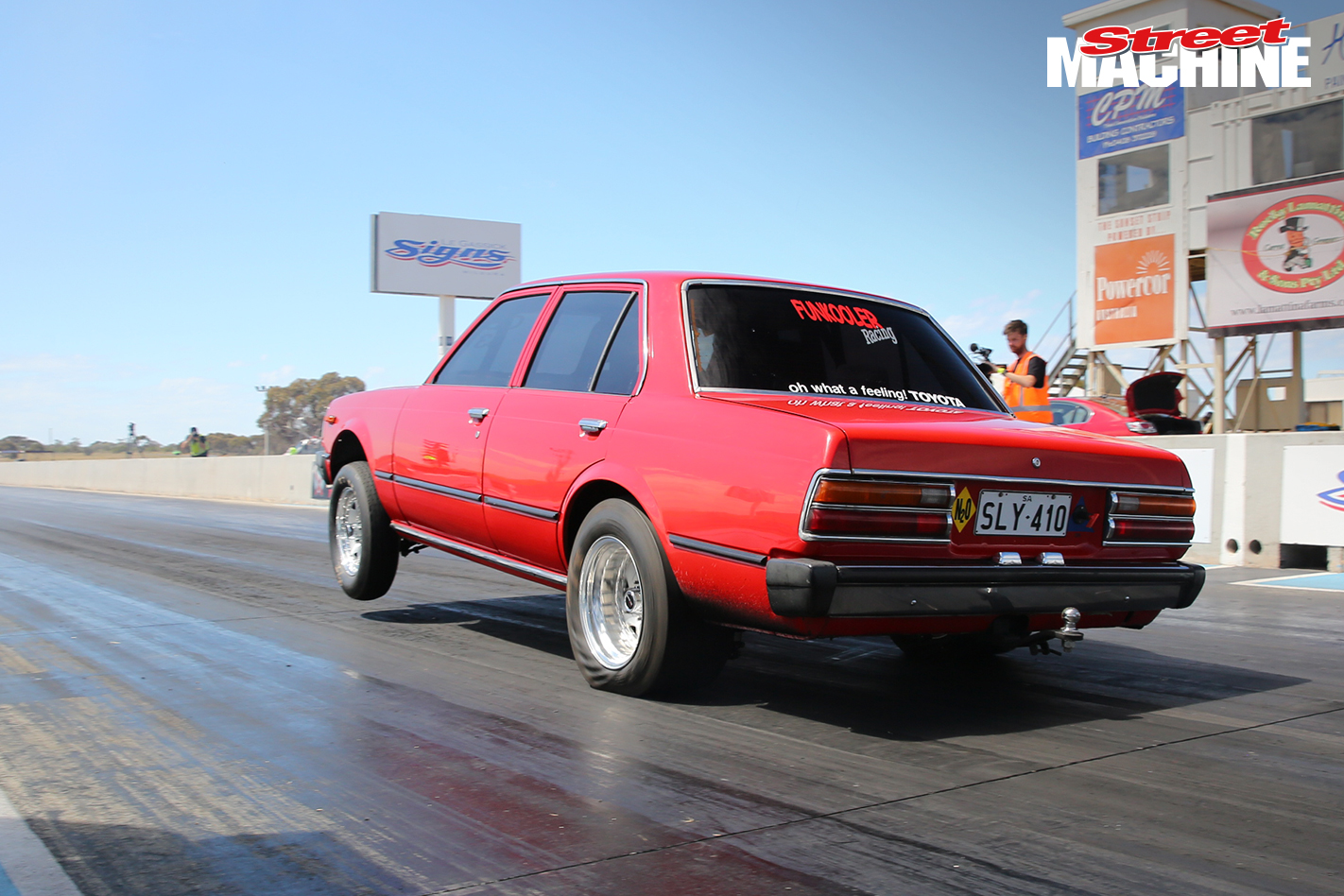 “We had the best time,” he said of his Drag Challenge odyssey. “Every time we talk about it we start smiling again! Almost nothing went wrong all week – we were turned back from the startline once for a drop of water; one nut on the water pump backing plate needed a half-turn to tighten it.

“Our best was a 9.37 at 145 at Swan Hill. The startline there is awesome. It was a bit bumpy in patches but that didn’t affect us.” Darren echoed many others when he concluded: “I’ll be back!” 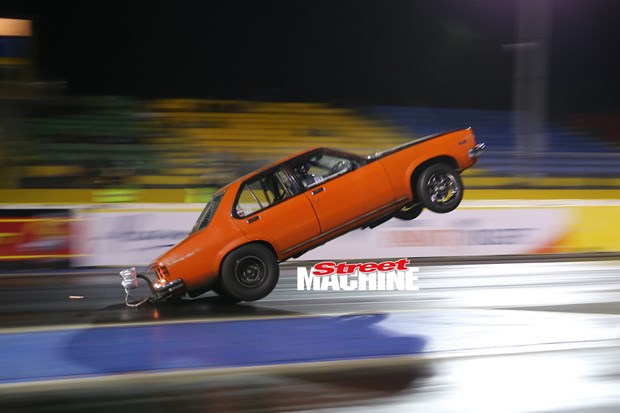 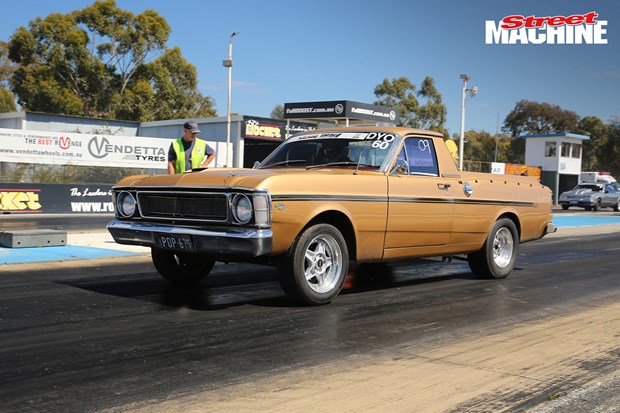 Despite bowing out early, Queensland’s Ben Smith had a blast on his first Drag Challenge in his turbo six-powered XW ute 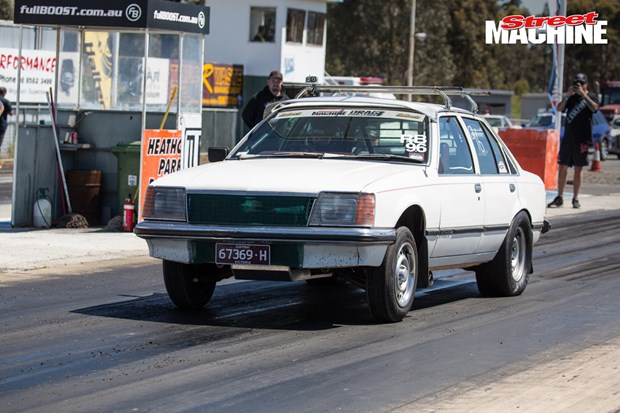