THE Aussie Chevelle, driven by Shepparton mad man Harry Haig on Hot Rod Drag Week for the past few years, has become something of an automotive internet celebrity. 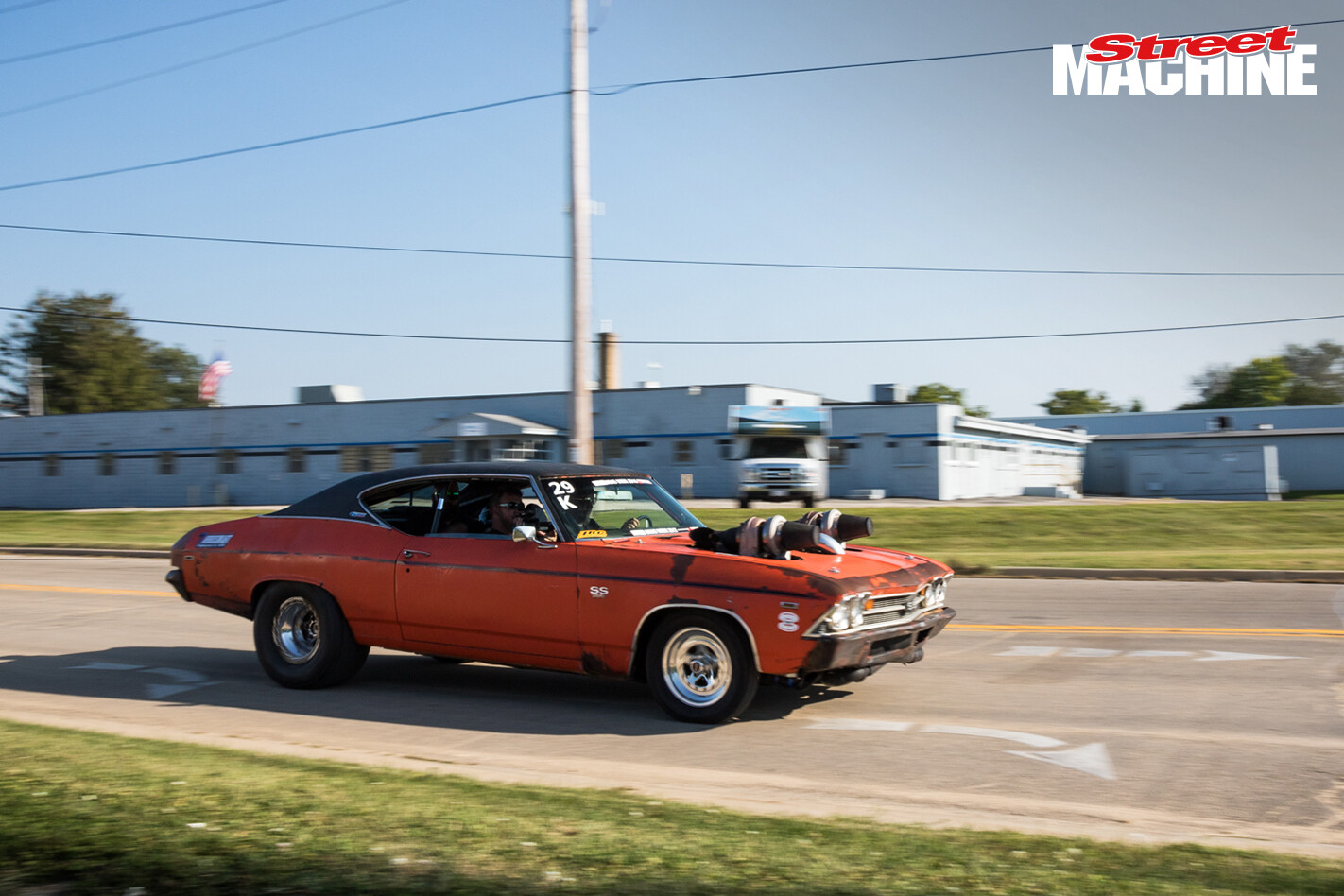 It all started in 2015, when Harry and the gang flew over to America, dragged this thing out of a field, got it fired up and completed the event. In 2016 things got real crazy when ‘Stevo’ the Chevelle got a twin-turbo big-block, with the hairdryers mounted sky-high out of the bonnet! From then on the Aussie Chevelle was a Drag Week favourite – not to mention quick, running well into the eights. For a car that was put together a week out from the event, it was a phenomenal achievement just to finish. This year Harry and Stevo were back again, this time with turbos mounted slightly lower so Harry could see where he was driving, and with fatter rubber on the rear. Harry’s average for this year was 8.93, making him the quickest Aussie at the event – yes, John Faraone’s Charger was technically quicker but he missed racing on Day Four so didn’t get an overall average.

It was probably the Aussie Chevelle’s smoothest run over its Drag Week career, with the boys cruising through the street driving. All of their niggles this year seemed to happen at the track. On Day Three Stevo popped a fuel pump fuse halfway down the strip, while on Day Four he killed a fuel pump, and just about every other day he blew his cooler pipes off. 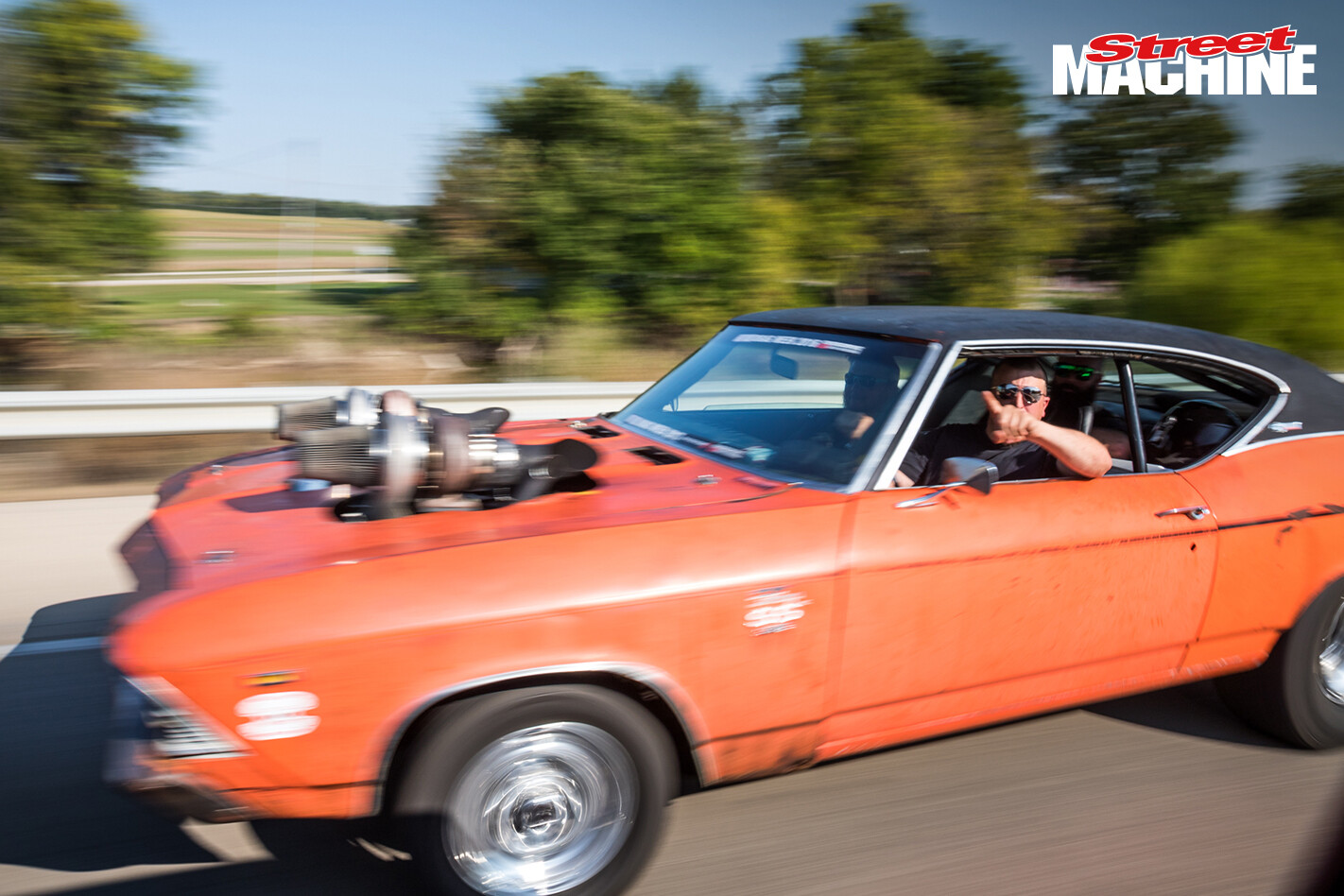 Our Scotty jumped in the Aussie Chevelle with Harry on Day Three for the 50-mile cruise from Byron, Illinois, to the first checkpoint of the day. We managed to get him back in one piece; check out the video to see the crazy shit they got up to!