THE first weekend of March saw a huge variety of pre-1985 iron descend on Dubbo for a nostalgic weekend of movies, cars and coffee.

On the evening of Saturday 2 March, pilgrims from NSW and beyond headed to Dubbo’s Westview Drive-In for a one-off screening of seminal hot-rod flick American Graffiti, with over 200 cars filling the cinema’s ranks almost to capacity.

After closing its gates in 1984, the scenic drive-in was revived in 2017 and now sports monthly showings, and the American Graffiti screening marked the first collaboration between the drive-in and local group Dubbo Cars & Coffee. Its runaway success all but cemented another trip to the drive-in next year.

Organiser Owen De Carle, himself the owner of a ’62 Bel Air, praised attendees, saying they really got into the spirit. He also lauded the drive-in’s owners, who he says put in a huge amount of work to get the space up to standard as one of only three operational drive-in cinemas in the state.

Owen hopes to bring Running On Empty to the screen next year, which should draw a fanatical crowd from across the country. 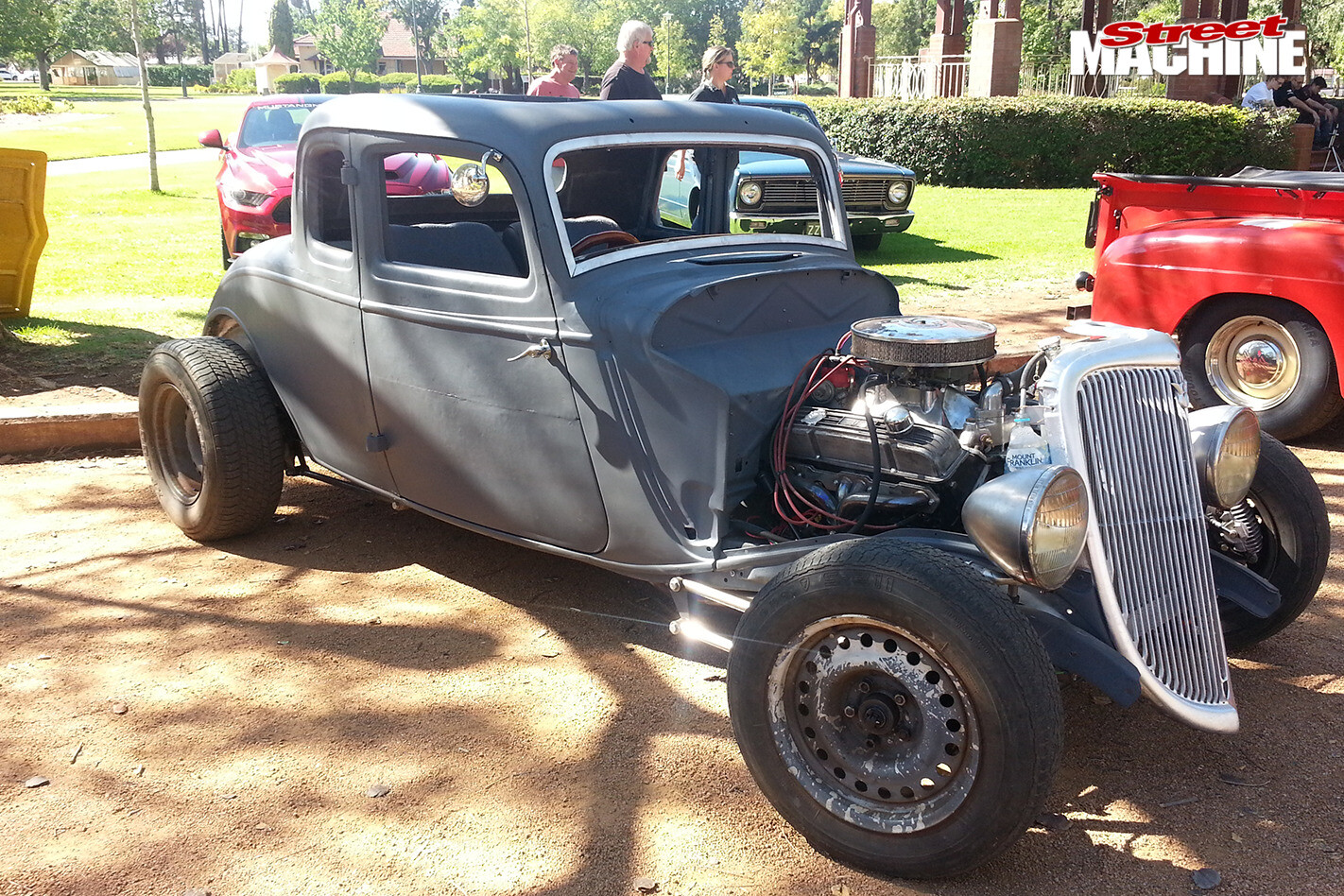 Father-son duo David and Thomas Camp rocked up to the screening in their mid-restoration ’34 Ford coupe. After pulling the shell from a paddock in 2015, the five-window now sports a 350 and coat of primer. 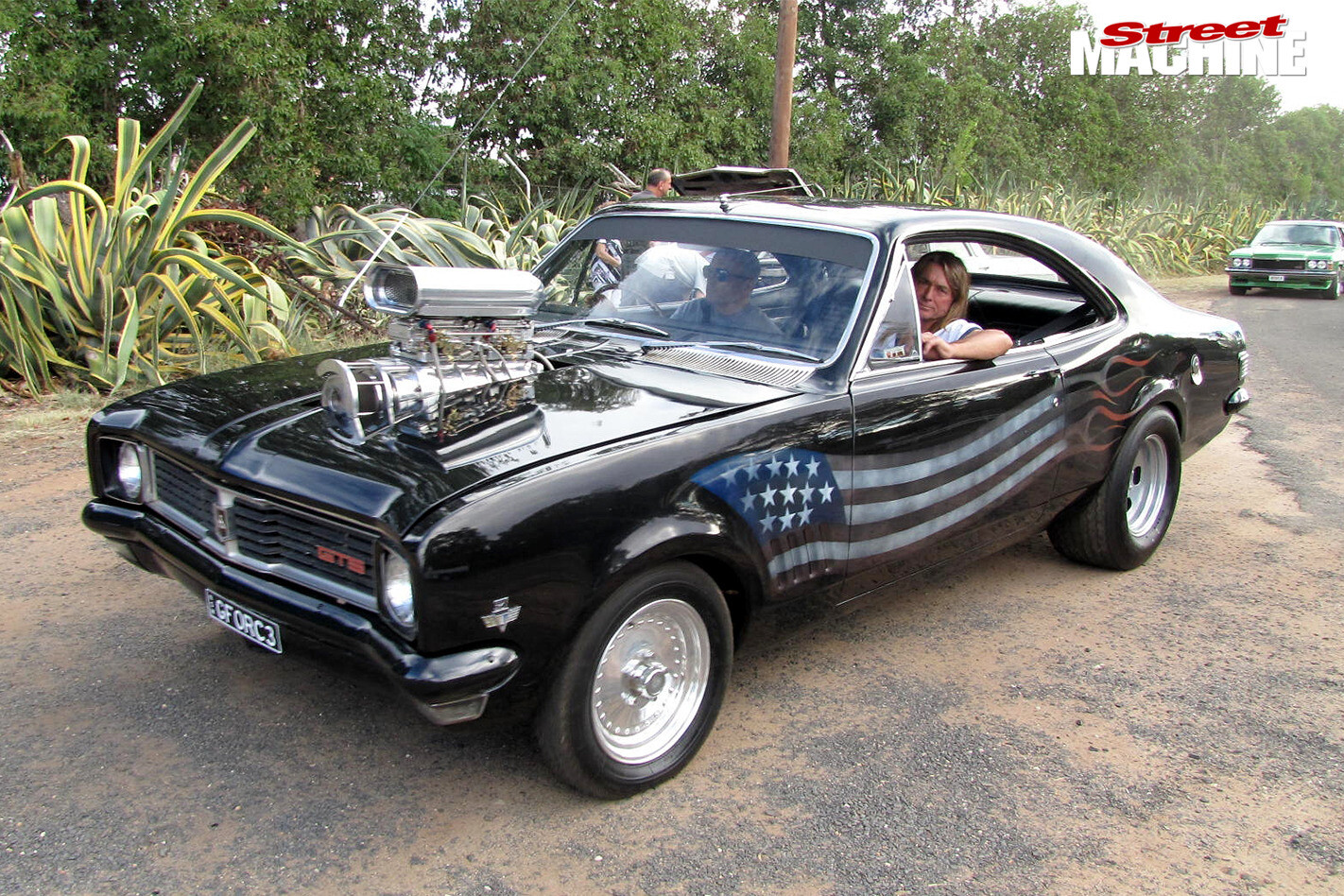 Following the screening, many stuck around for Dubbo Cars & Coffee’s monthly get-together at sunny Victoria Park the next morning. A strong showing of Chrysler, Ford and GM muscle was diversified by a few wildcards, including a spiced-up Austin A30 and a Meyers Manx, as well as the imposing presence of the legendary GFORCE JUNKIE HK Monaro, which owner Bill Stevenson has been piloting since the tender age of 16. 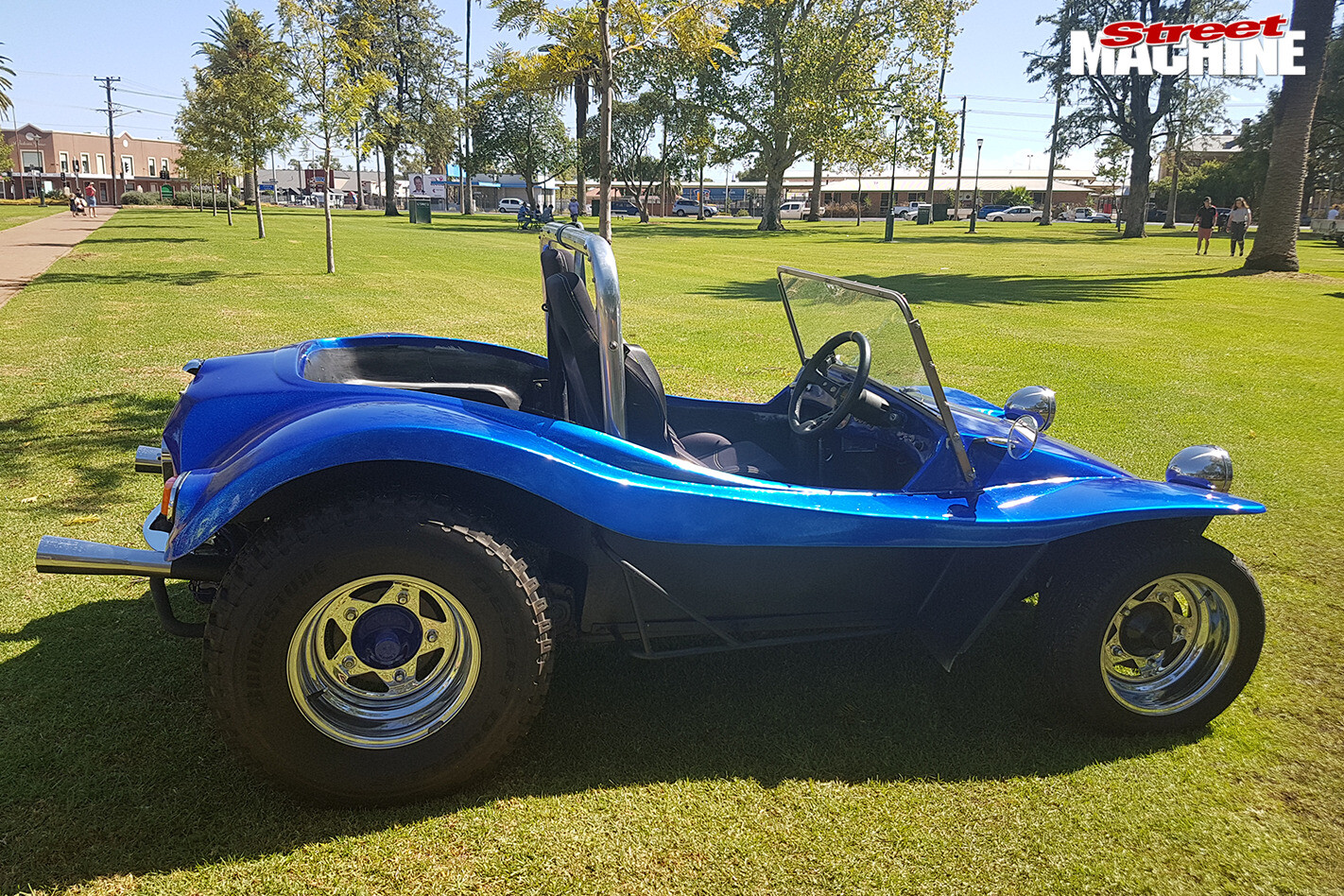 Proceeds from the Cars & Coffee meet go to charity; Owen said his group has donated between $15,000 and $20,000 over the past few years. “It started out as an excuse to get together with mates and their cars, but now it’s grown into this whole other thing,” he said.