At 15 David Dalton sold his dirt bike to buy a rough Holden LJ Torana. Three years later he was the envy of his mates

WHILE David Dalton’s mates were partying, relaxing and otherwise having a good time, he was either spinning spanners on his Torry or working his arse off earning cash to buy parts for it.

“I had a lot of arguments with my friends. They were always hassling me to do stuff, and I’d say: ‘Sorry, I just forked out $900 to have a panel rust-repaired.’ They didn’t really get it,” he says.

“I have a lot of older mates who all drove late-model cars like XR6s and they’d pay me out about how their cars had air con, power steering and leather, but I knew what I wanted.”

A ground-up rebuild is an ambitious project for anyone to undertake, let alone a 15-year-old kid, but after two years in the build, the finished product is well worth the sacrifices he made.

So how did it all start? Well, after going to some car shows with his stepdad, Dave decided that he wanted a car to get ready for when he had his licence — and it had to be an LJ Torana. So with funds liberated by the sale of his dirt bike, he found this example on eBay, looking decidedly rougher around the edges than it does today.

“It was a shitbox but it was registered and running. We put a Holley on it, had it tuned on the dyno, bogged up some dents, and my stepdad drove it to work for a while and used to take me to school in it. When I left school and got my licence I drove it a couple of times before deciding to rebuild it.”

He kept the costs down by retaining the car’s factory 202/Trimatic/banjo driveline, the standard interior and stock suspension, steering and braking systems, yet the whole show has been modified, rebuilt or otherwise improved so that the car goes, stops and handles far better than even a factory-fresh LJ would ever have managed.

The devil is in the detail and every component on the car has been painstakingly presented to make for a car that is simply a pleasure to look at.

Starting with the 202 blue motor, David had Ricardo’s Auto Works rebuild it with a Surecams hydraulic stick, ACL flat-top pistons, quality bearings and Crane lifters and valve springs. The head received a port job and with an Aussie Speed inlet manifold, a 650 Holley, extractors and a Streetfire ignition, it’s good for 143rwhp — XU-1 territory. 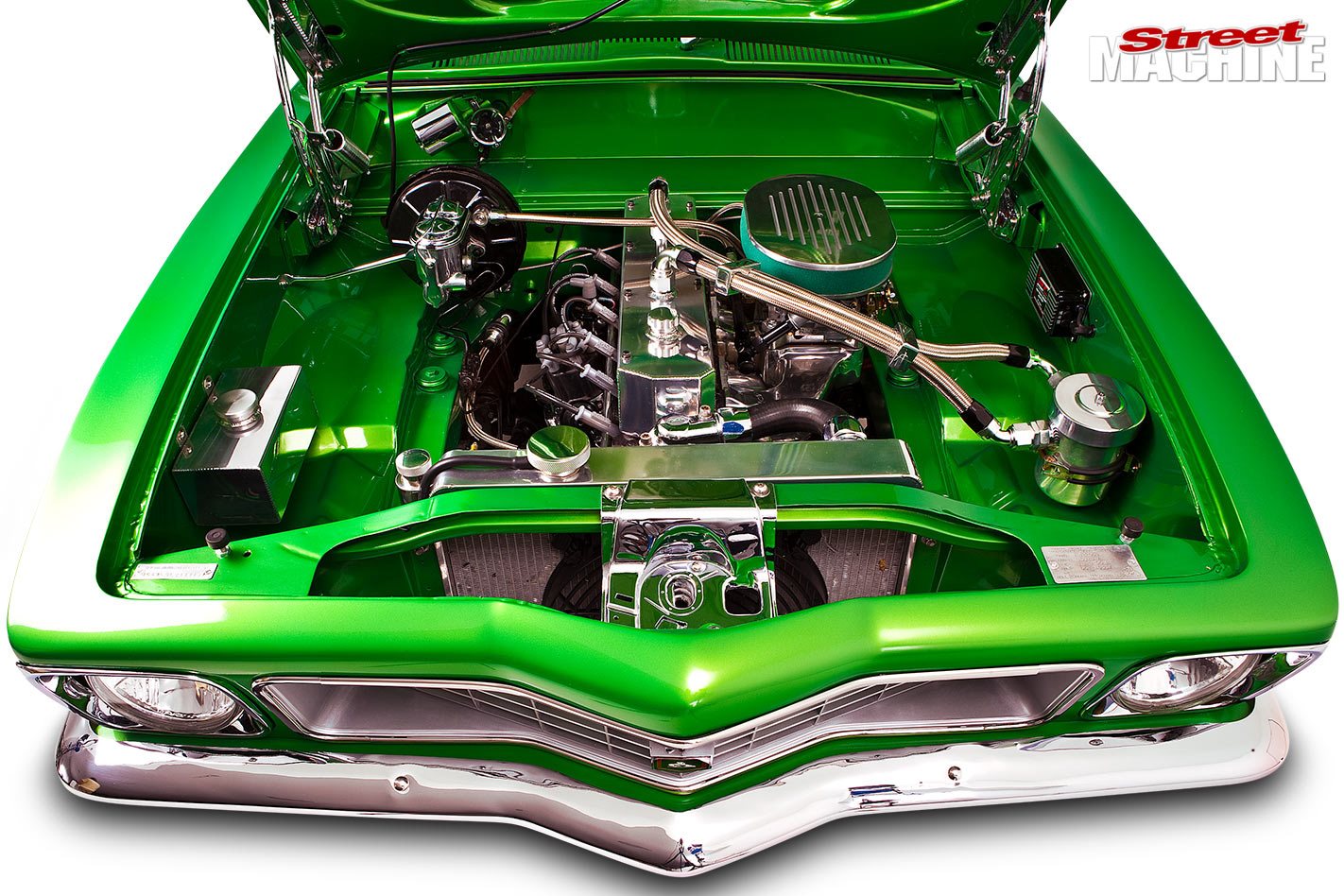 Behind the engine, the Trimatic benefits from a 3000rpm Converter Shop stally, while the banjo rear has a locked 3.9:1 centre.

“We locked the diff for Summernats — you’ve got to give the crowds what they want, and if it only spins one wheel, they’re not happy!”

The stock springs and shocks were dumped in favour of Kings Springs and Pedders dampers, while the standard braking system was reconditioned and updated with the addition of slotted front rotors to aid cooling and pad bite.

Finding a quality panel shop that could work with Dave’s slim budget was a challenge but eventually the search paid off. 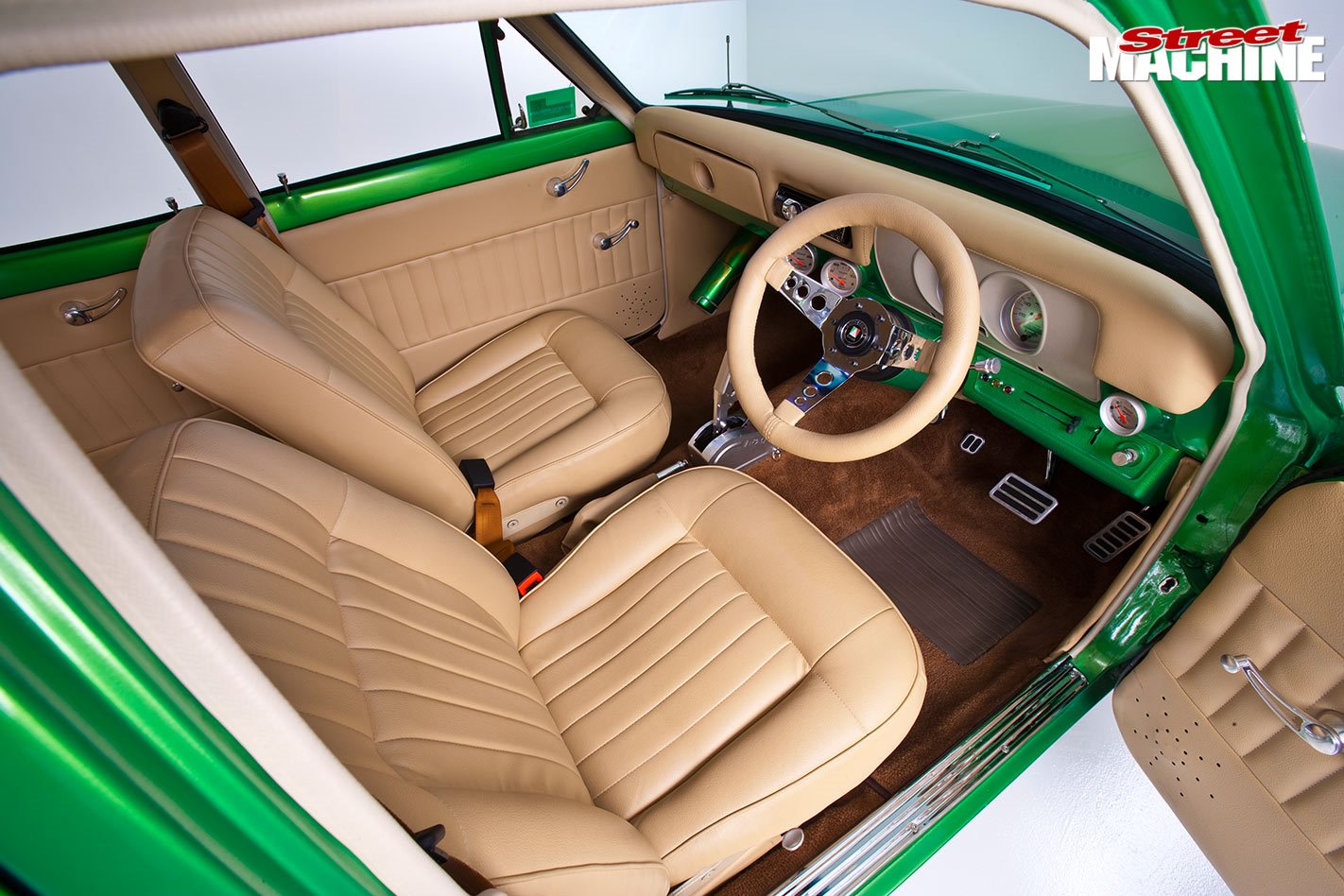 “They were all quoting 15 to 20 grand just for a respray, and then I found a little shop out the back of Ipswich called D&J Gillespie, which quoted $8000 to do the job. I’d seen some cars they’d done, and I was happy to go with them,” David says.

Together with his stepdad, he then spent his afternoons at the panel shop helping with sanding and panel prep work. The car copped a set of XU-1 flutes and an aviation-style fuel filler before being resprayed in Holden’s VE hero colour, Atomic Green.

From there the car went to B&L Upholstery, which ordered vinyl in Dave’s chosen colour and got to work.

“They ran out and couldn’t get any more for six weeks. I didn’t want to wait so I decided to change the colour and they started the trim all over again; that cost a bit. The new colour is a bit darker but in the long run I think it’s better as it’s a bit more user-friendly.” 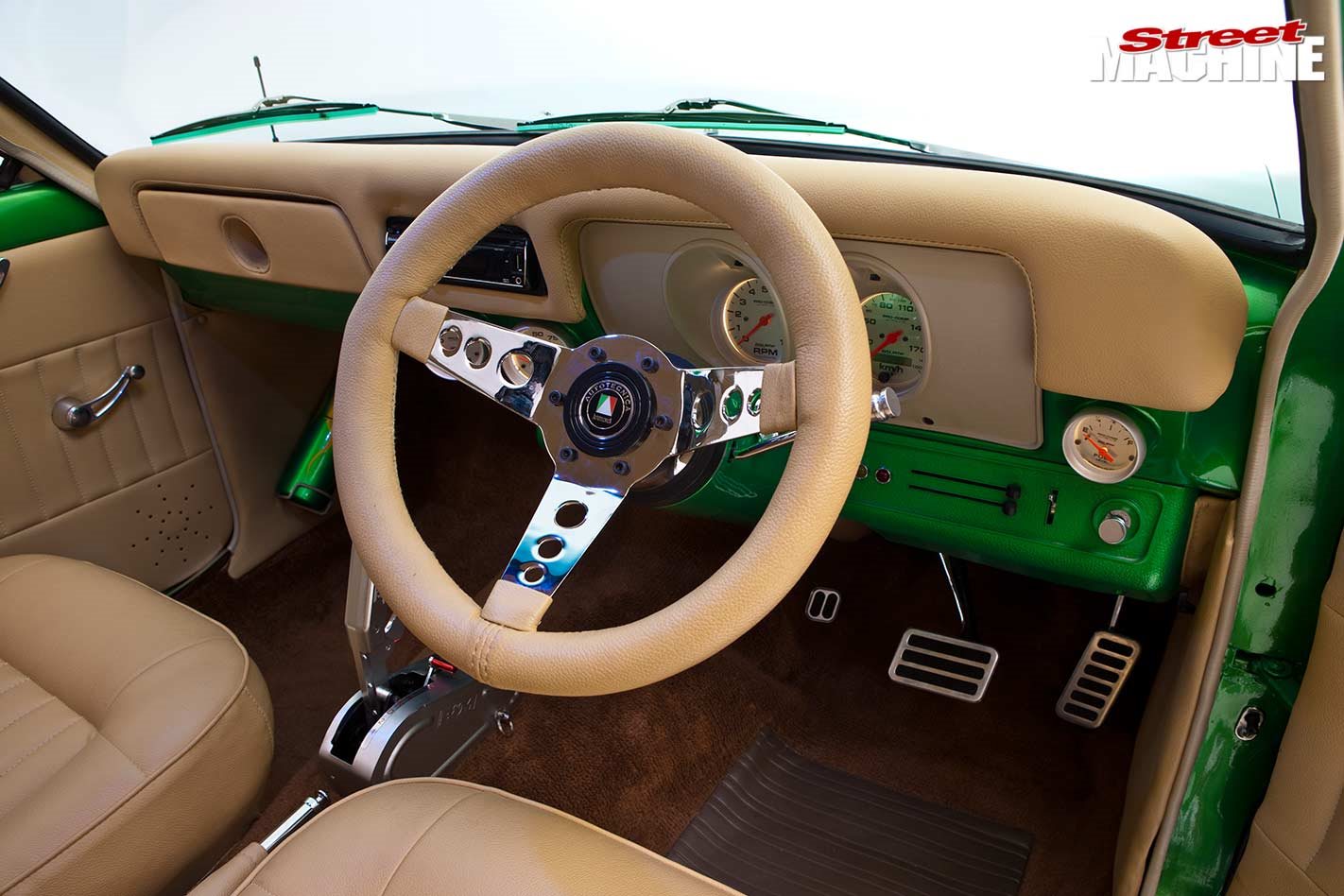 With the car nearing completion, the finishing touch came in the form of a set of 17x7 Showwheels Streeters, an 18th birthday present from the oldies.

“With the new trim it looked like a finished car and we were counting down the days. I was over the moon,” Dave says.

The goal was Summernats 24 and everything was looking peachy. But it wouldn’t be a car if it didn’t throw some last-minute challenges into the mix.

“Two weeks out, the car had some carby problems so we ran it up on the dyno. It was revving pretty hard when all of a sudden it split the gearbox case and oil went everywhere. I did the right thing — spent money on a good gearbox — and that broke too. We ended up buying some dodgy-looking ’box out of a paddock, put some good stuff in it and it’s been great. But the car spent three days on the dyno at $350 a day, which was killing us. We ended up finishing the car four hours before leaving for Summernats.” 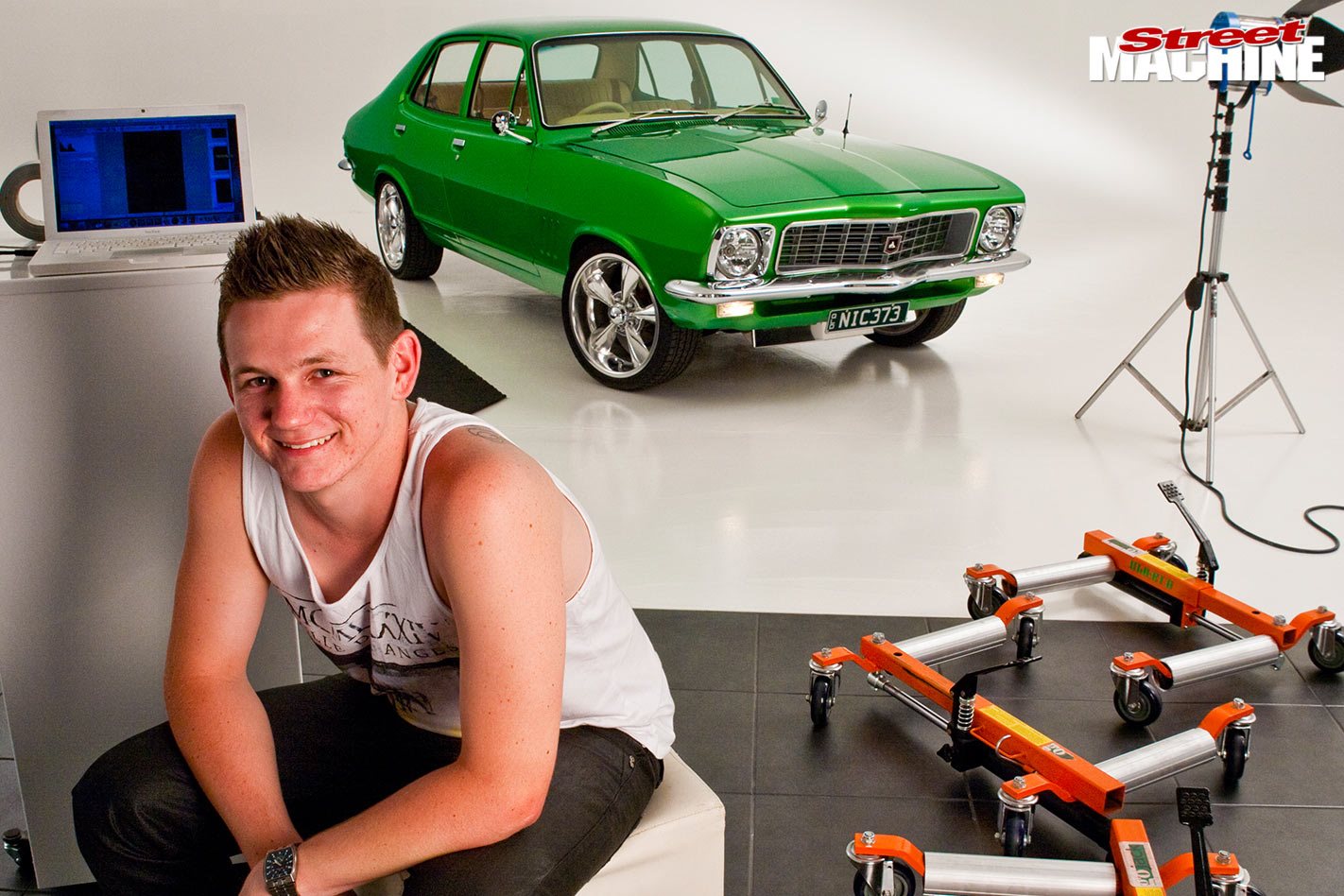 And what of Dave’s mates who hammered him about his old car and his impoverished state?

“They love it! I took them to their formal in the car and they loved the attention and looks they got. The first time I drove it, I took it down to the drags where it ran 15.00 and straight away I wanted to go faster. It’s quicker than all my mates’ $20,000 luxury Fords though, so I just tell them to shove it!”

THANKS
My family for time & money, my girlfriend for putting up with me, Ricardo’s Auto Work for a great engine & the rewire, Troy at Pine Rivers Electroplating for chrome & polishing, Adam at Superior Connections for fittings & lines, B&L Upholstery, Kerry at Motor Mania for last-minute parts, and most especially my stepdad, Mark