IT’S no fun being at the back of the pack. When we were kids no-one wanted to be chewing on everyone’s dust. Same goes in adulthood. Who wants to own the slowest car?

Not Romeo Temelkovski, but when your mates all have nine and 10sec streeters, your 11-second XB coupe needs some help. 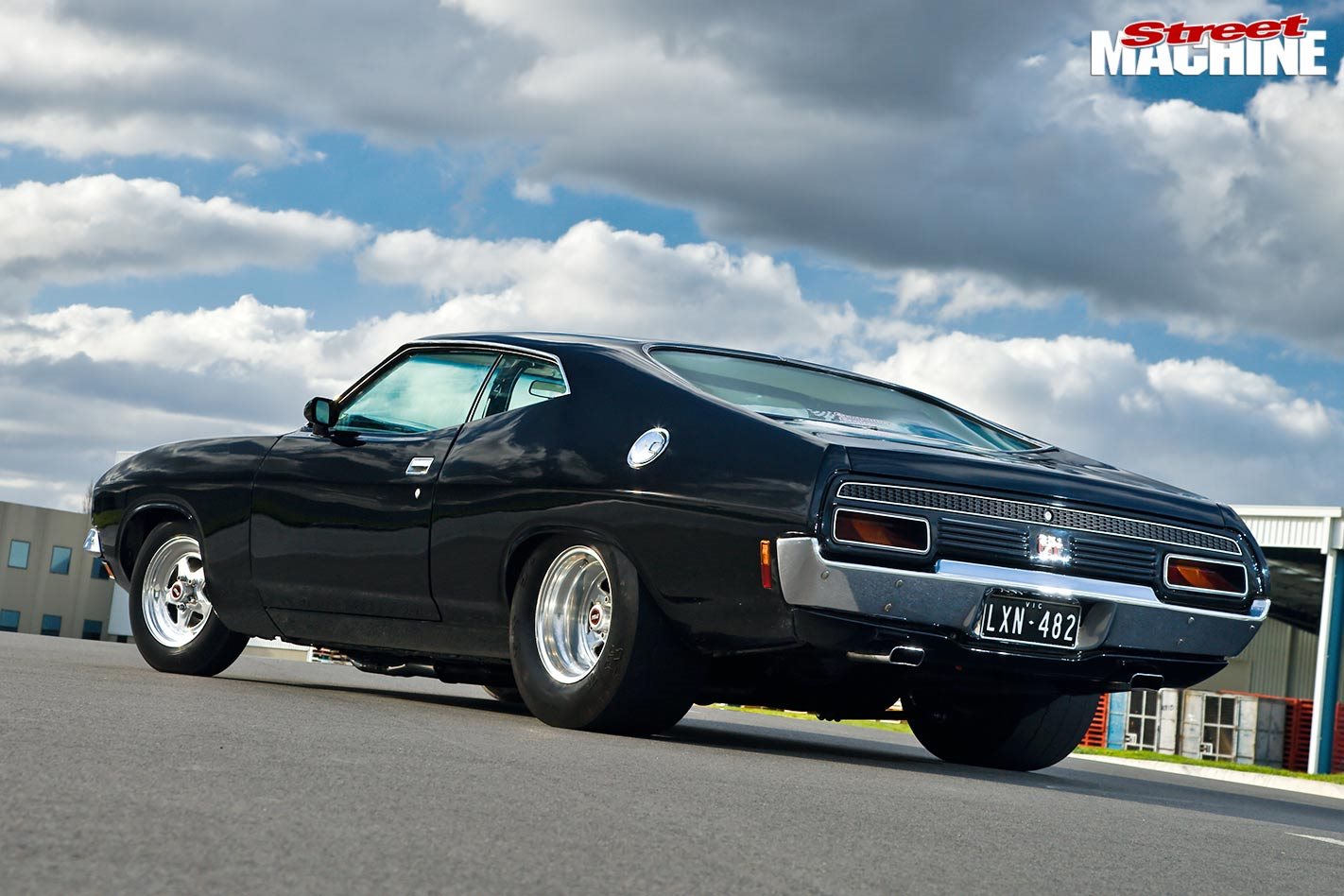 Luckily Romeo is good mates with Bobby and Zoran at Competition Engines. “I’ve known them for years; Bobby is godfather to my kids. I went for a ride in Zoran’s ZD Fairlane and that gave me the bug.”

Romeo didn’t have time to sling the spanners himself so he handed the keys to the guys and said: “You’re going to build this thing for me but it’s going to have to run like clockwork.”

By ‘clockwork’ he meant it had to run pump fuel, be able to drive to the track, run nine-second quarters then drive home again, and cruise without overheating. Simple – a stout engine, a pair of hair dryers and you’re away. But there was a catch. 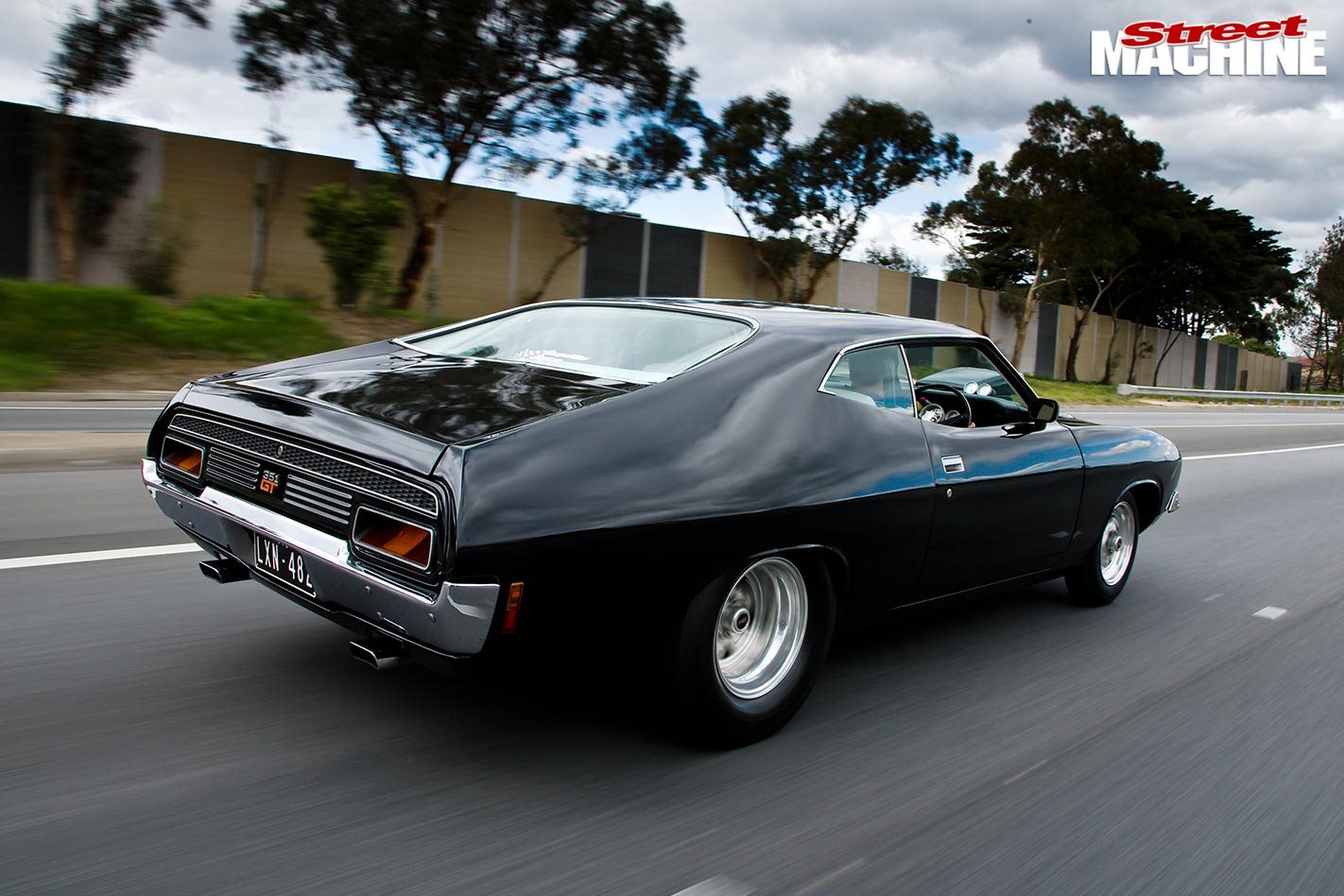 It may be basic black but there’s no arguing that Romeo’s coupe is damn sexy. Got to love those 10in Weld wheels filling the untubbed rear quarters

“I said to Zoran, I’m happy to run nines but no turbos, nitrous or anything,” Romeo says. Mull that over. A heavy XB running pump 98-octane fuel; how do you keep it streetable but make it run nines? It’s a big ask but with the coupe sitting in their shop, Bobby and Zoran set about making it happen.

Zoran is the engine guru and he knew the answer was going to take an awful lot of cubes. 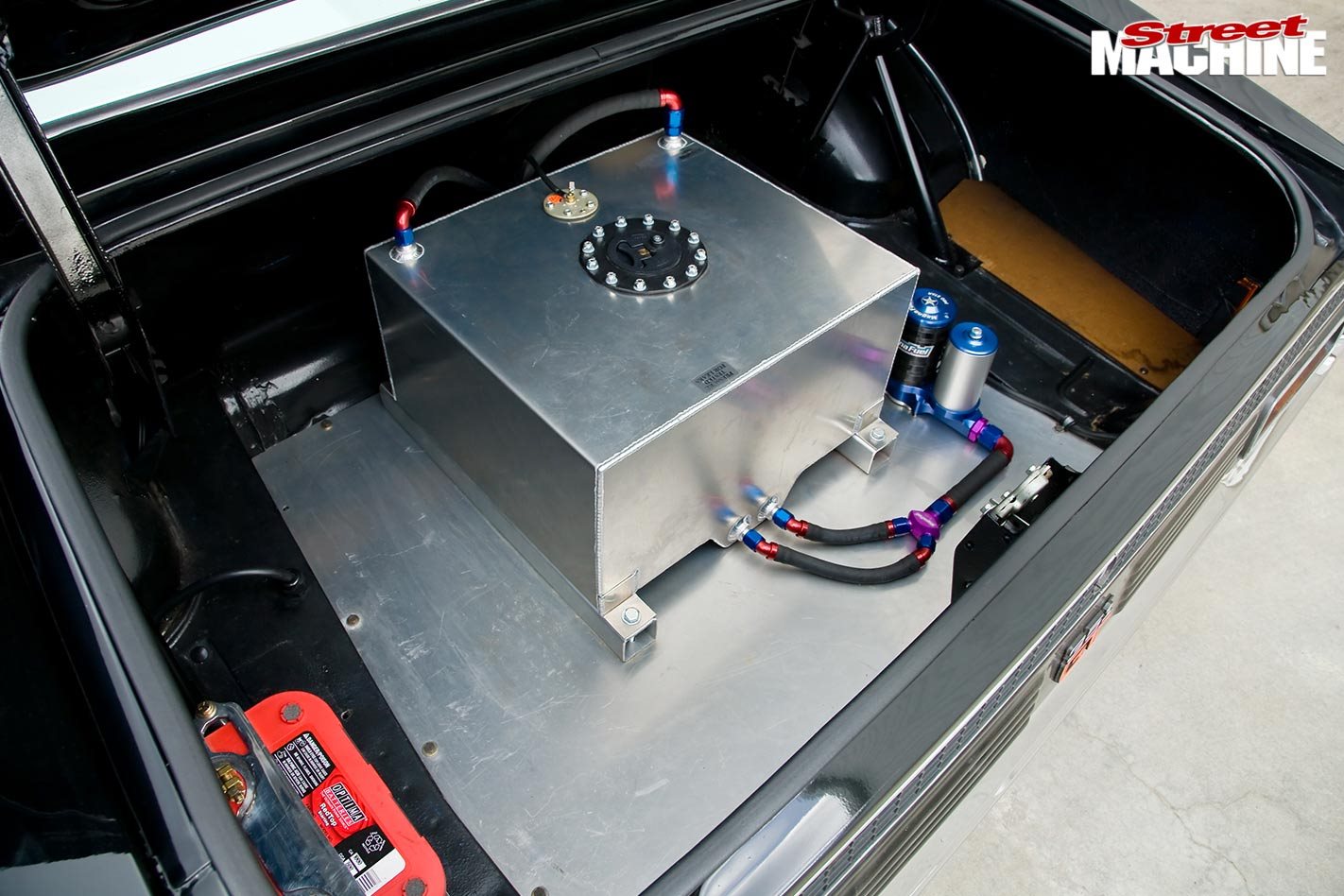 “With the XB engine bay we can run more deck height and a longer rod – when you’ve got the room taller is better,” he says. Using a brand new 9½in deck Dart block it was easy to get 427 cubes out of the small-block, although he adds that if he were to do it again he’d probably go even bigger.

The bottom end features a Lunati crank, Oliver rods and JE pistons. The heads are extra-special, machined from billet alloy by Ultrapro. That’s never going to be cheap but they sure are good – good enough to point the dyno needle to 803hp at 7800rpm. Healthy numbers on pump fuel.

Zoran reckons it could have made more as they built the engine to take a decent hit of nitrous, which means lower compression and looser ring gaps. But Romeo is happy to stay naturally aspirated for now. 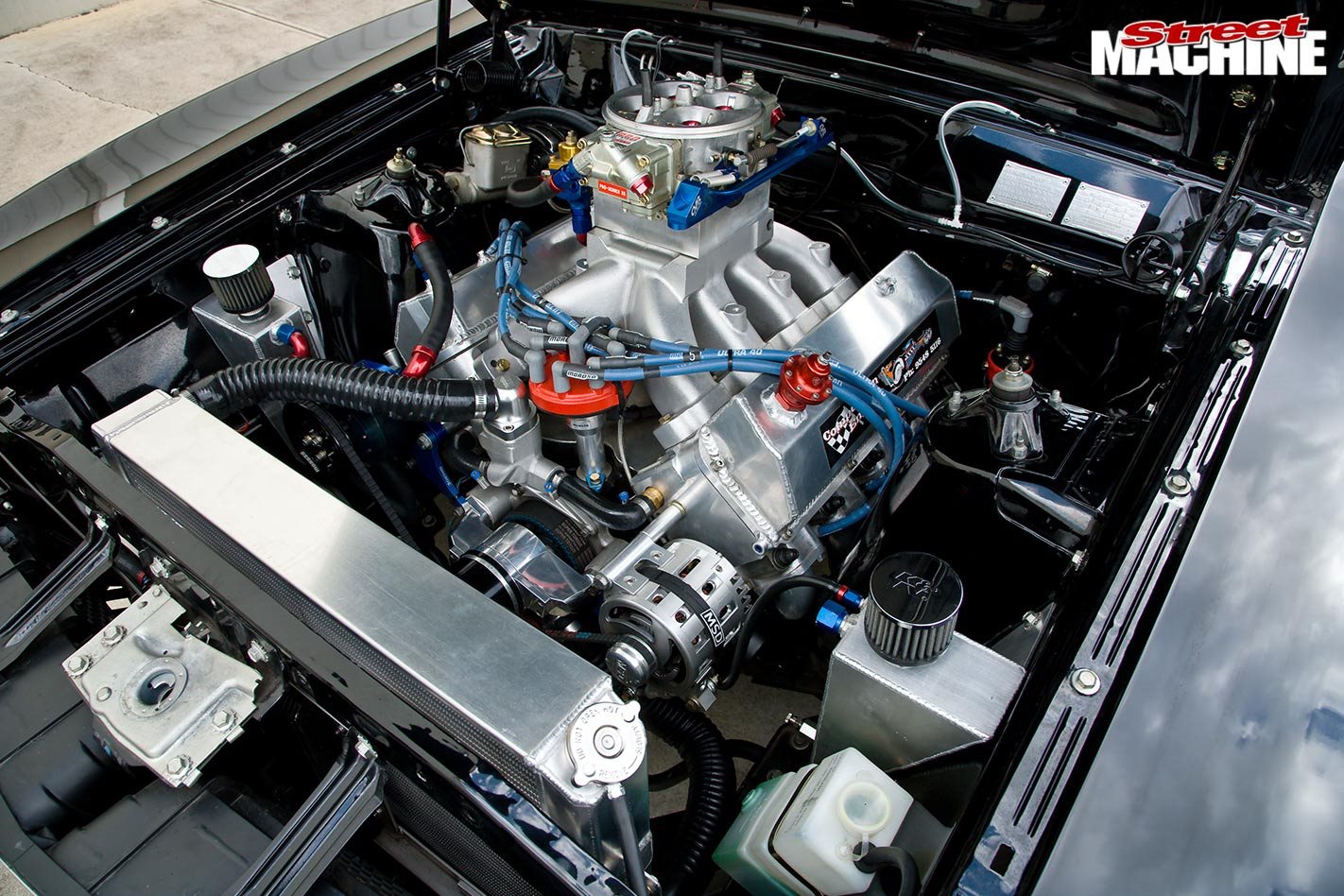 The donk is 427 cubes of raw muscle wearing a pair of Ultrapro billet heads and a rare two-piece Blue Thunder intake, which is split down the middle for porting. They put some work into it too; “If you look inside the manifold, it’s a masterpiece,” Zoran says

“They keep trying to tempt me to hook the bottle up, but it’s got enough power,” he says.

But the engine is never the whole story in a fast time and Competition Engines rebuilt the whole car. The C10 auto was flicked and replaced with a tough ’Glide by Fred at Protrans, and the factory nine-inch rear was upgraded too. With so much grunt flowing to the back end you need something stouter than the factory third member, so the boys grabbed a Strange housing, chrome-moly tubes, 35-spline axles and a spooled 4.8-geared centre.

They also arranged for the paint. “The body was pretty good,” Bobby says. “Basically it was just a colour change.” 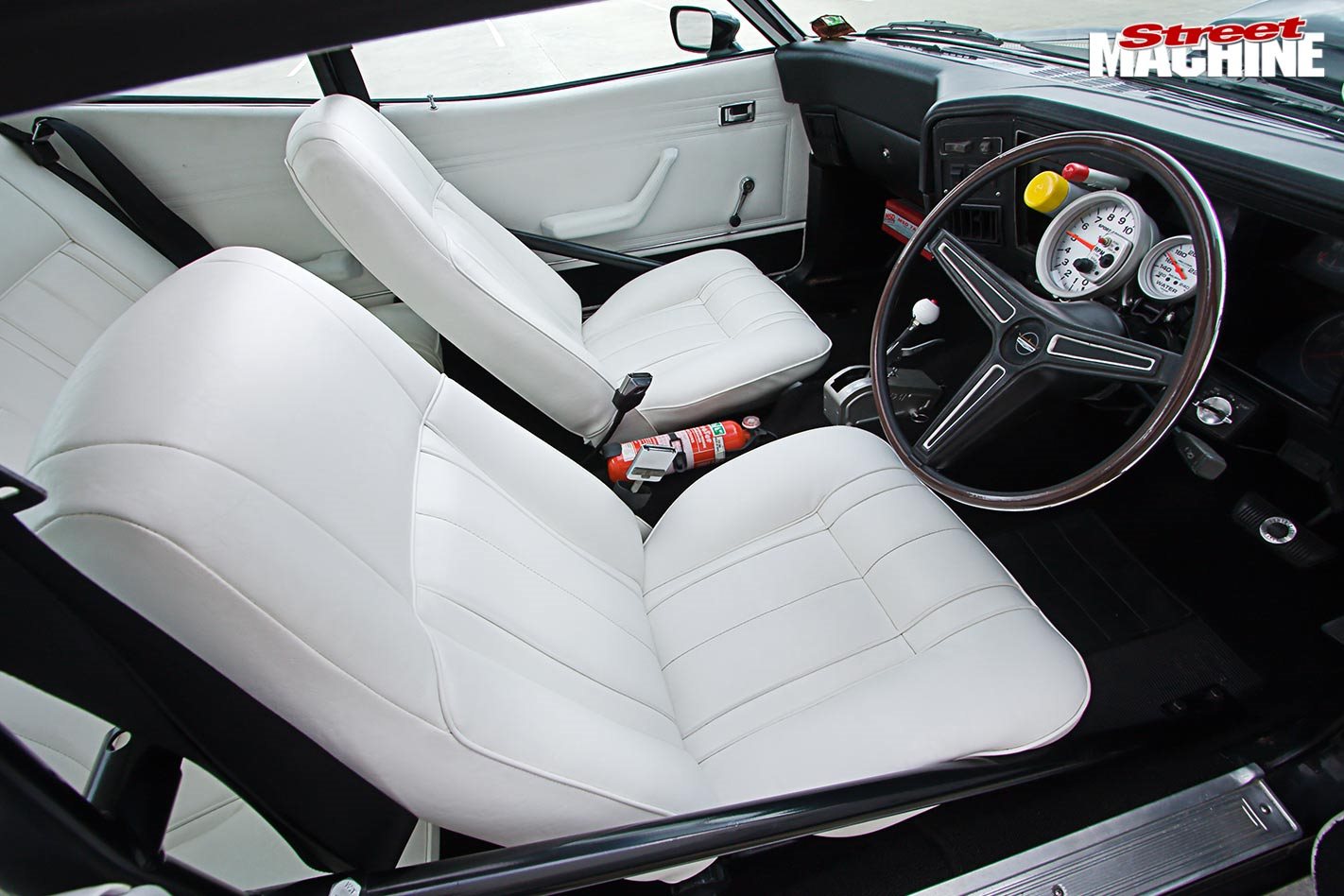 They had another good mate, Tony ‘the Mexican’, block the coupe back, prep it and spray it in Spies Hecker two-pack black, the perfect colour for a tough street ’n’ strip XB coupe. Go on, admit it – even for non-Ford fans there’s something primal and sexy about a big-hipped Falcon in black.

The shell remains untubbed and rides on reset leaf springs with Caltracs and adjustable Calvert shocks. To help it launch, there’s a custom adjustable sway bar that lets them wind some preload into the suspension. Obviously it works because although the car hasn’t seen much strip duty, it’s already cranked out a 9.76sec pass at a smidge under 140mph with Zoran at the wheel. The boys reckon there’s more to come but just think about how impressive that is. An untubbed full weight Falcon coupe running high-nines on pump fuel, without nitrous or boost. It’s damn tough! 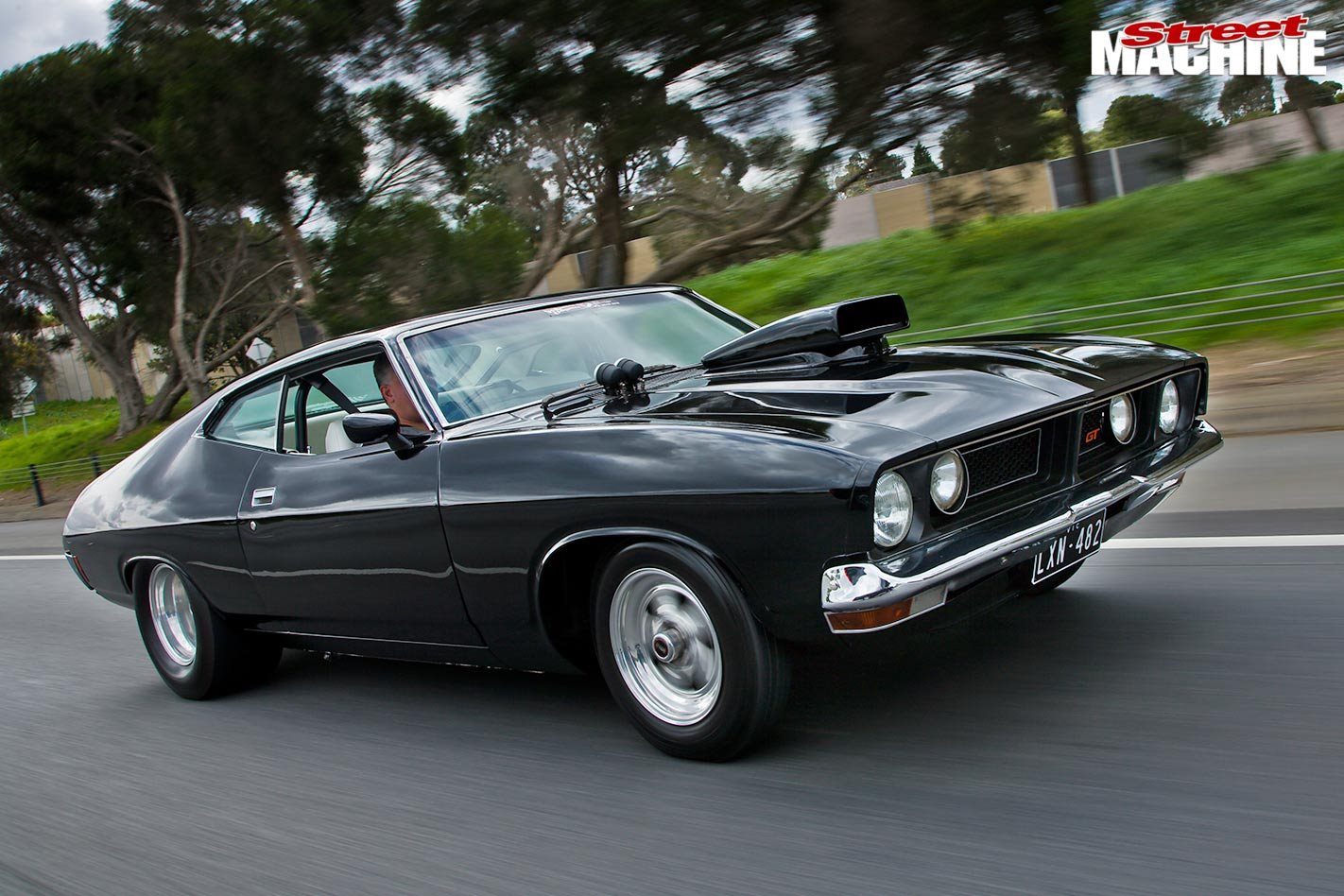 So what do you do with a nine-second pump gas car? Cruise it on the street apparently.

“I’m too chicken to race it,” Romeo laughs. “On the street it’s just ‘Wow!’ You can’t describe it; it’s just unbelievable. But it’s a piece of cake to drive – as long as there’s no rain. And it doesn’t overheat; they know their stuff.

“The best thing was that Zoran gave me a budget for what it would cost and he delivered to that budget – there were no hidden surprises. Their service and understanding is just phenomenal.” 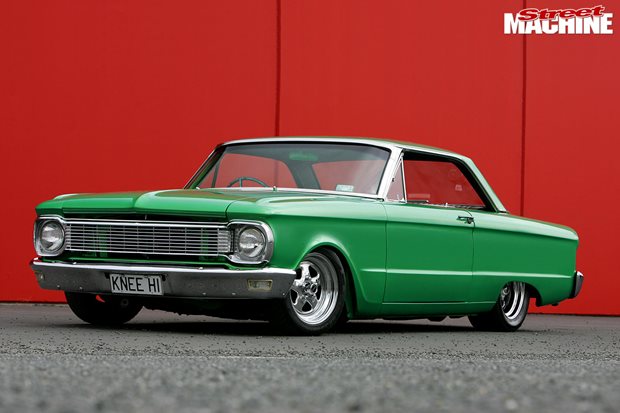