The Group C homologation special that you never knew existed!

GROUP C. The greatest era of Australian Touring Car racing ever. The cars were steroid-infused versions of the vehicles we drove on the street but they were never made available to the public. If they had been, what would the manufacturers have delivered? 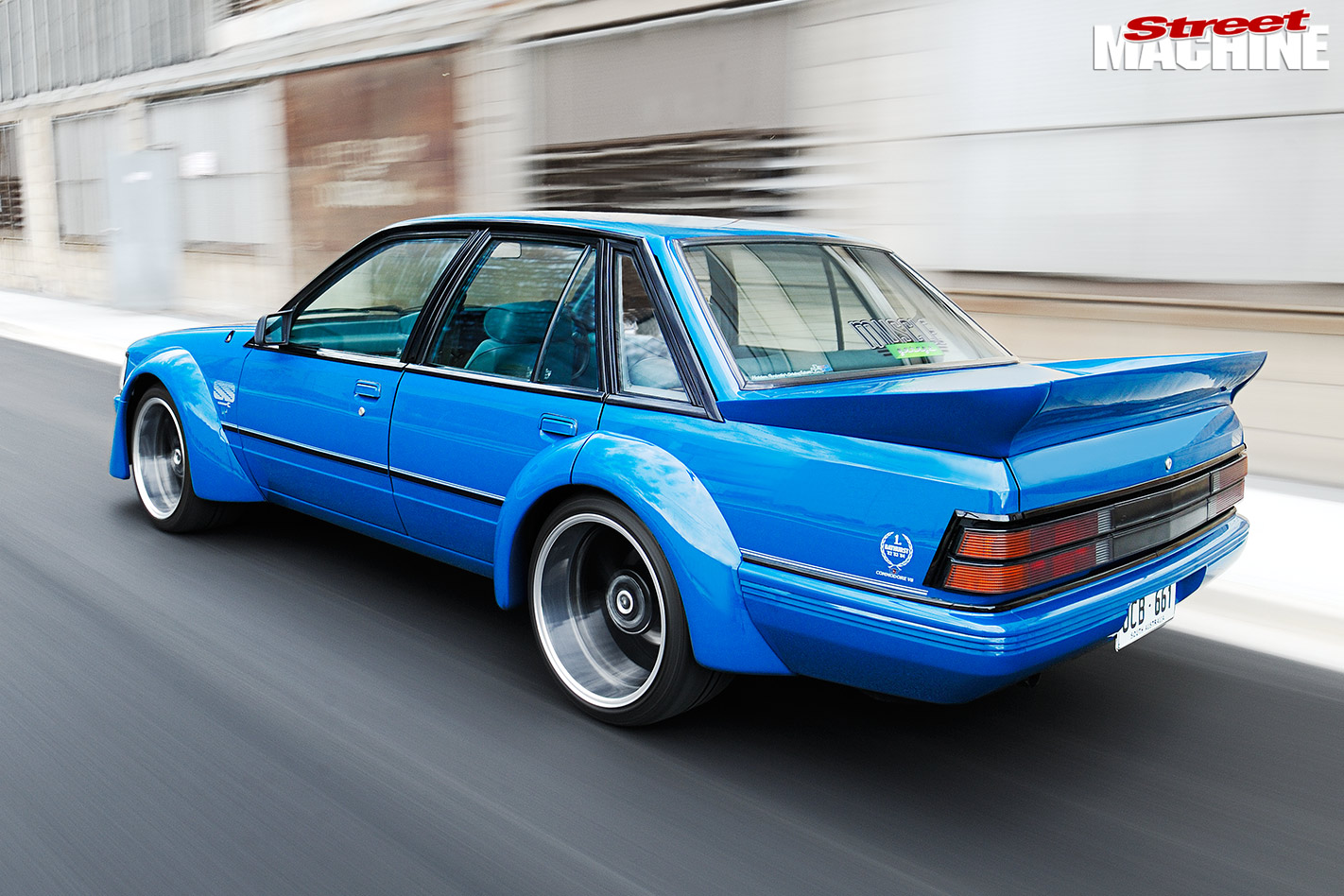 On the Holden side of the fence, Jason Waye reckons this is the car Peter Brock would have built. It’s got the fat flares, huge wings, big rubber and all the 80s styling we love, right down to the Formula Blue paint used on the Brock Group A Commodores.

Everyone knows Brocky, of course, but Jason Waye is also a name that long-term readers will be familiar with, either for his HX ute (SM, Jun ’04) or the Commodore Group C body kits he sells through his business, Velocity Auto. He thought that a Group A egg mixed with some Group C seed might make one hell of a baby.

“The original idea was to do an ’84 05 replica but I decided this idea would have much broader appeal.” 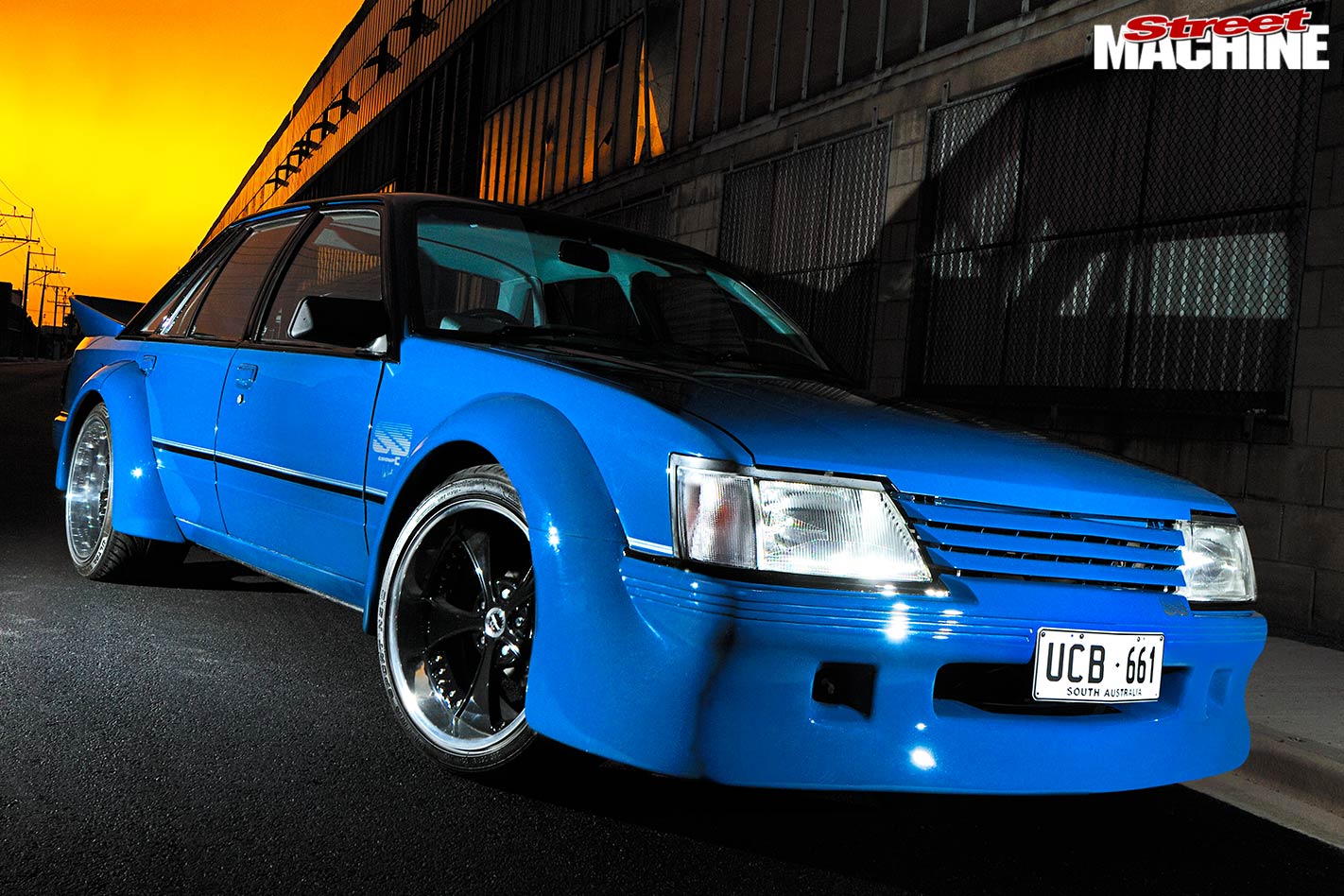 The goal was simple: create the road car that Brock would have built, had there been the need to make 500 Group C homologation specials.

“From the outset it had to be as though it came out of HDT back in ’84,” Jason says. “The only area that departs from that idea is the wheels but there wasn’t much I could do there. Filling up those flares is a huge deal when it comes to the final look of these cars.”

He managed it, with 18x10s up front and 12s at the rear. But why black rather than Group A Aero white?

“I kept them black because I thought that white would have made the wheels the focal point. I wanted a sinister, tough look that would bring out the black stripes, moulds and window surrounds. It needed the black wheels.” 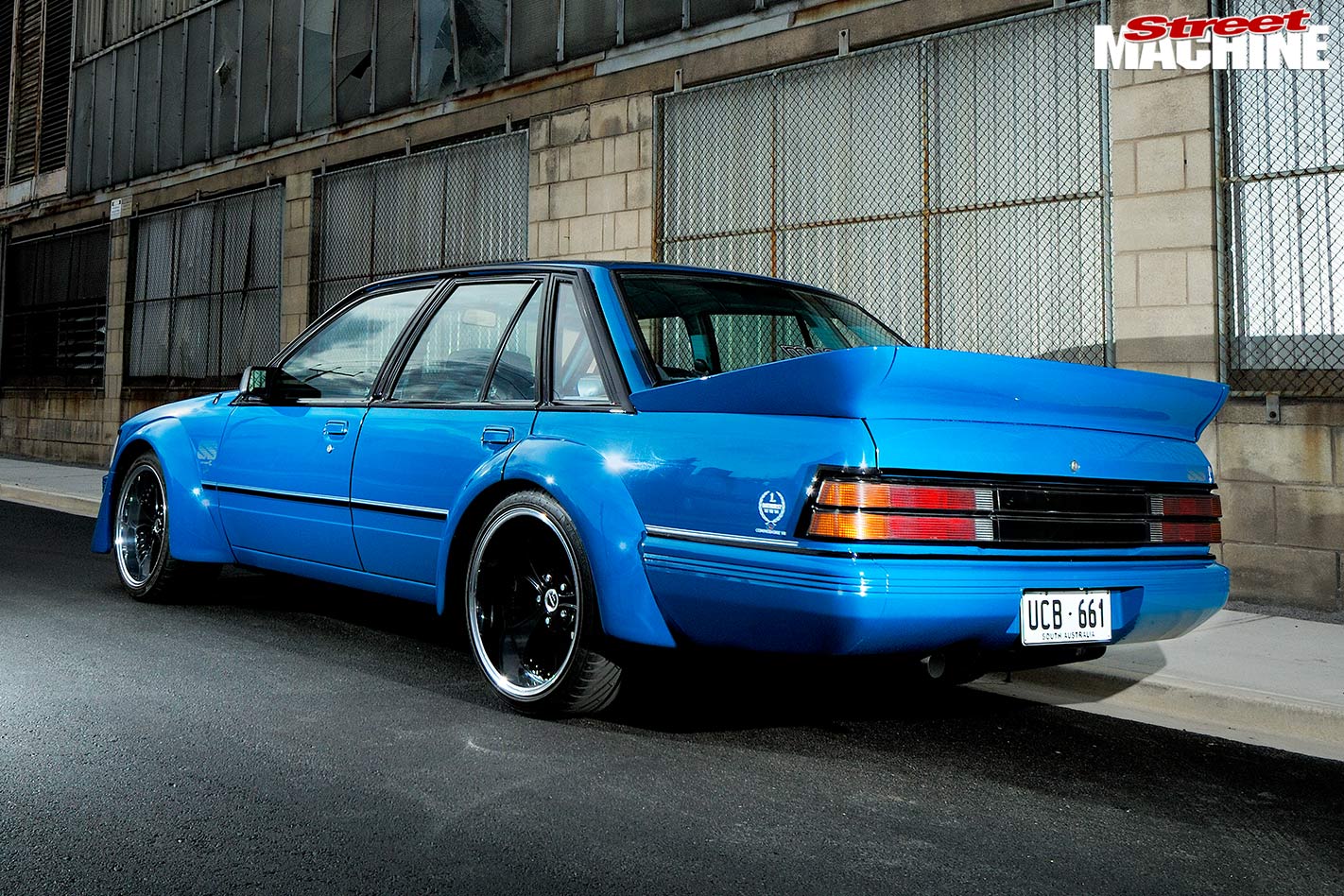 It’s a Group A on steroids! The Formula Blue paint works really well across the Group C kit, and the custom ‘SS Group C’ decals on the front guards shrink the gap between dreams and reality where this car lives

Jason started with a stock-as-a-rock V8 auto Executive that was a delicious shade of puke green but a perfect starting point.

“It was a bloody good car without much rust. It was just a good, solid factory V8.”

The full strip revealed a bit of rust around the screens — standard in an 80s Commode — which was attended to by Craig and the boys at Hounslow Crash Repairs in Lonsdale, SA. The lads also fitted the big flare kit, deep front spoiler and towering rear wing, having trimmed away the excess metal on the guards, rolling them to allow maximum room for the big rims.

It was then coated in the famous Formula Blue paint that Brock specified for his run of 502 VK Group As, using Spies Hecker product. 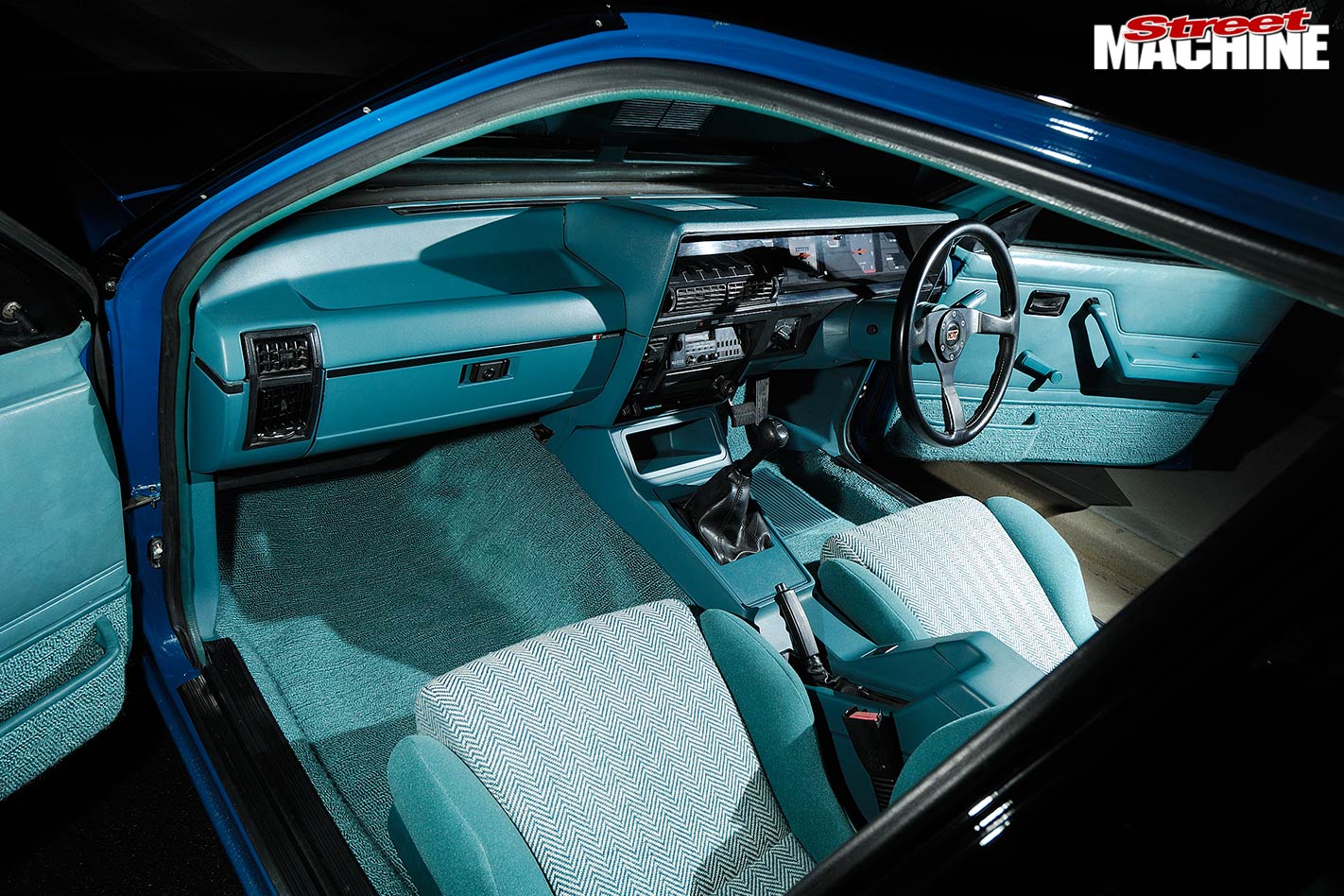 Trimmed in HDT VK Group A Cerulean Blue, right down to the wool-blend herringbone seat inserts. The seats themselves aren’t VK Group A — they’re Recaros in place of Scheels and Jason feels they “give the interior a beefier look, which suits the car a bit better”

“The blue really suits the kit. Initially we were a bit unsure but it really works well,” Jason says.

Inside the car, it’s more of the same, with Brock-specific wool-blend herringbone Cerulean Blue velour and matching vinyl.

There are only a couple of departures from a standard Brock interior in this car, the main difference being the Recaro — rather than Scheel — seats. Jason even found a NOS hoodlining and parcel shelf along the way, as well as a manual high-rise console and a period-correct 380mm MOMO steering wheel.

Getting excited about that stuff is fine but Jason had to rein himself in when it came to the mechanicals.

“I was tempted several times to put a big engine in it,” he admits. “I’ve got a couple sitting here which would’ve been great. I’ve been known to have some pretty wild stuff but the one thing I’d never done was a factory-style resto. I wanted this car to be just like Brock would have done back in ’84, and I wanted the car to be completely legal anywhere in Australia.” 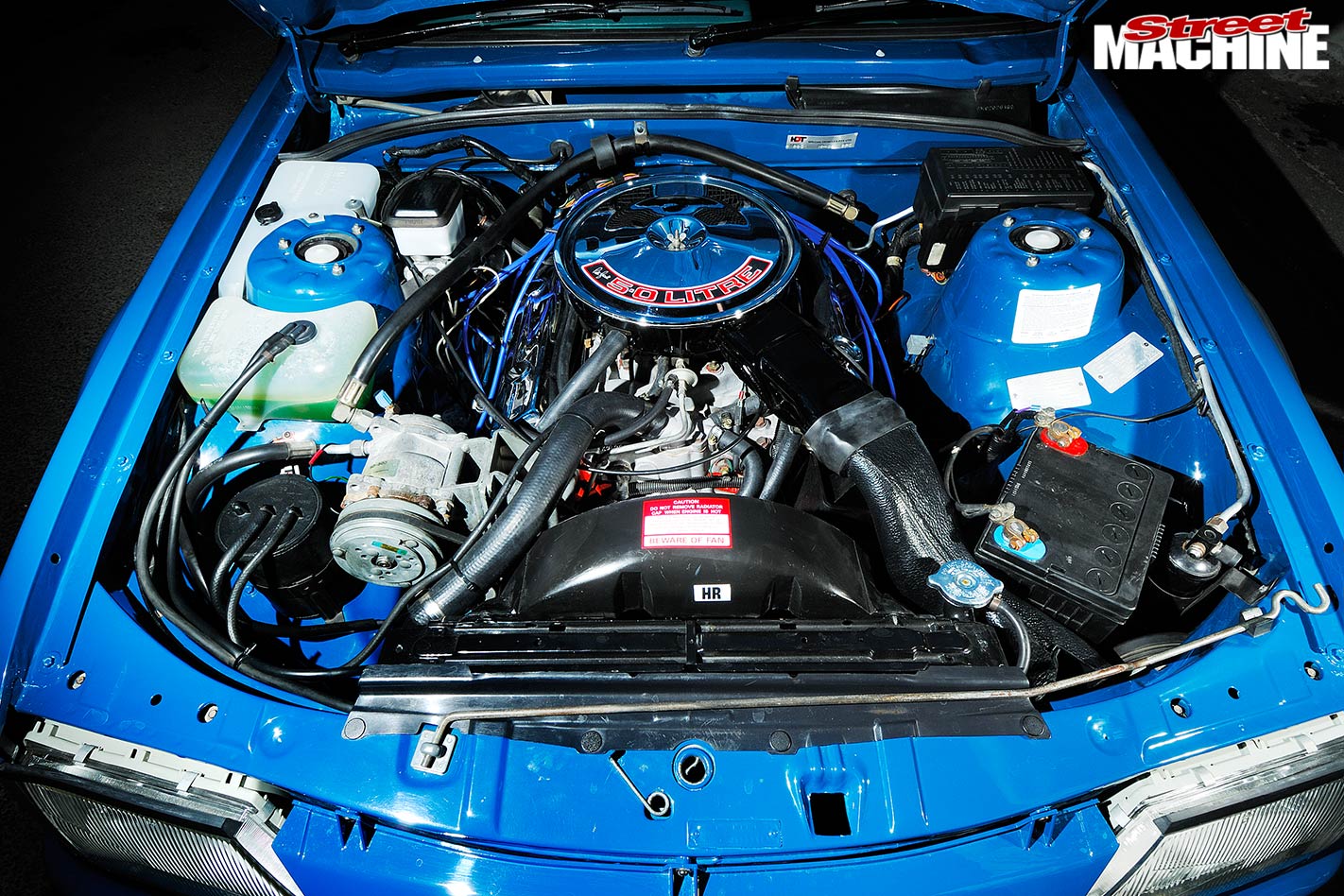 If you only looked at the bay, you’d think you were looking at a stock VK Group A — the main giveaway is the red/black 5.0L decal on the air cleaner. Fake HDT tag on the firewall is only there to complete the illusion

As a result of this restraint, the engine bay is a complete HDT throwback, right down to the chrome-lidded air cleaner and plastic intake snorkel sucking cold air from between the battery and headlight.

And yes, eagle-eyed readers may have spotted the HDT tag on the firewall. Never fear, Jason did not butcher a genuine car.

While that’s clearly not an HDT build number, it still fools some: “I had one guy absolutely abuse me at Extreme Horsepower, thinking that I’d chopped up a genuine Group A. He dead-set argued with me for about half an hour before I finally made him realise it was just a mock-up. That’s the point of the whole car, though; to confuse, confound and mystify people.”

LAST OF THE BIG BANGERS 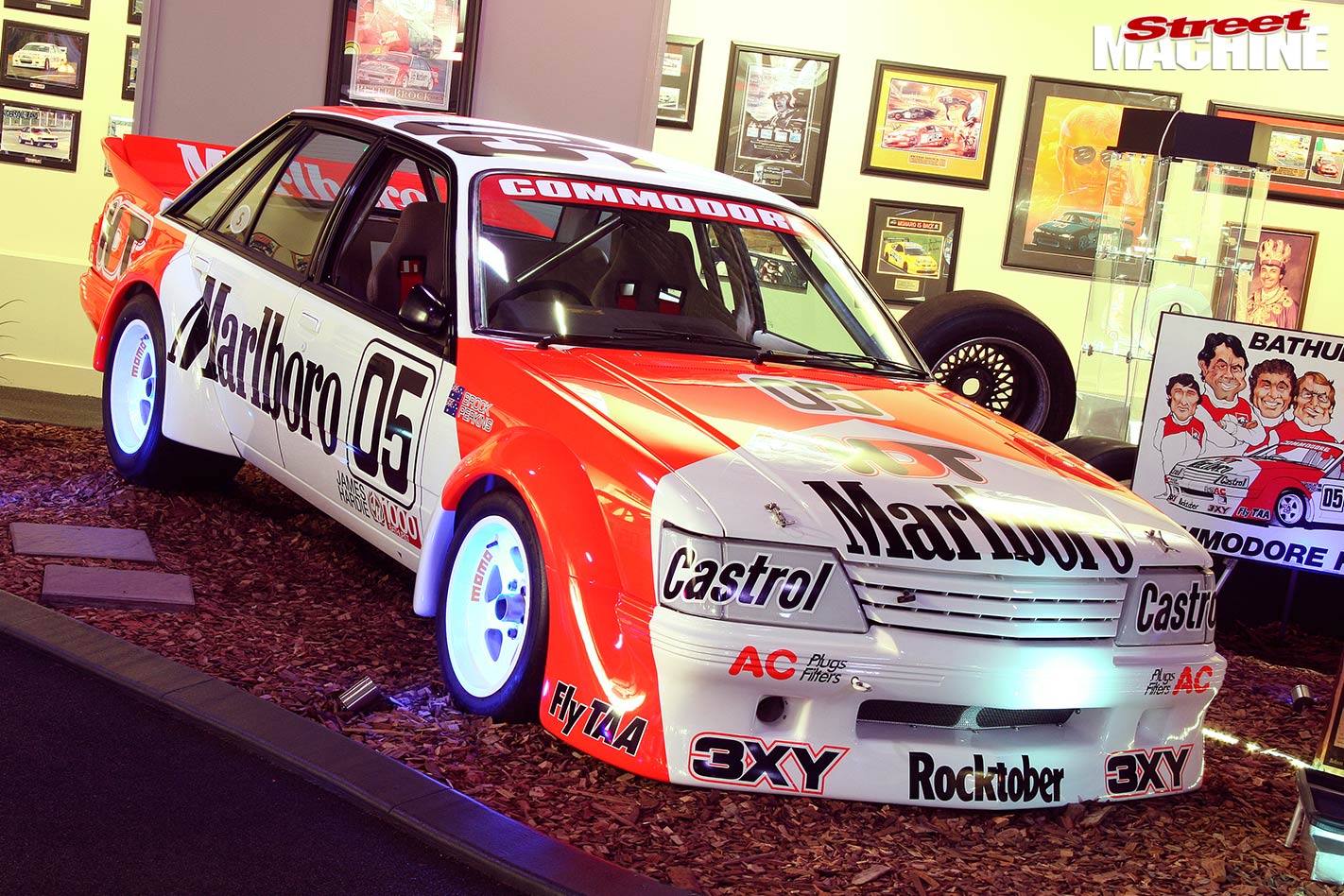 The Group C period ran from 1973 to the ‘Last of the Big Bangers’ at the end of the ’84 season, when the Group C rules were being phased out for the incoming International Group A rules. HDT built two VK Commodores, for Peter Brock and John Harvey to run in the end-of-season endurance races, starting with the Sandown 500 in September ’84. Brock won that race, and both HDT Commodores crossed the line at Bathurst for a famous formation one-two finish.

Thankfully this history has been preserved; Peter Brock’s 05 Bathurst winner has been lovingly restored by current owner Peter Champion, and now lives at his Champion’s Brock Experience museum in Yeppoon, Qld.