If you don't see Adam Agius's Ford XR Fairmont coming, with 690hp under the bonnet, you'll definitely hear it!

BEING surrounded by a family that’s passionate about modifying old cars sure makes it a lot easier when you’re a young bloke looking to build a show-quality street machine. If it so happens you have a couple of uncles that work in the panel and paint trade, then you’ve hit the jackpot. 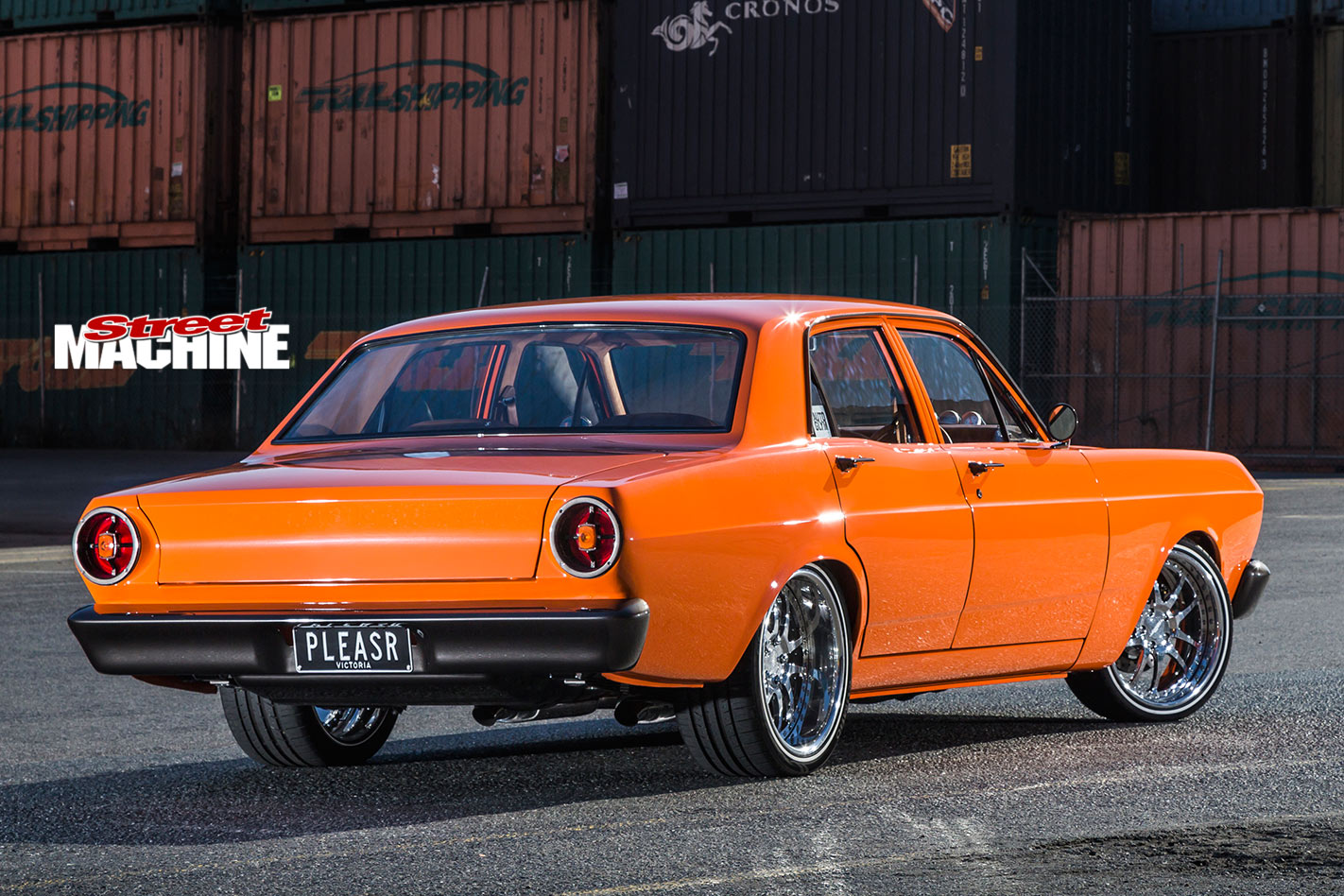 Adam Agius is just 28 years old, but his XR Fairmont has been a labour of love for over six years, so he got bitten by the old-school street machine bug at a pretty young age. 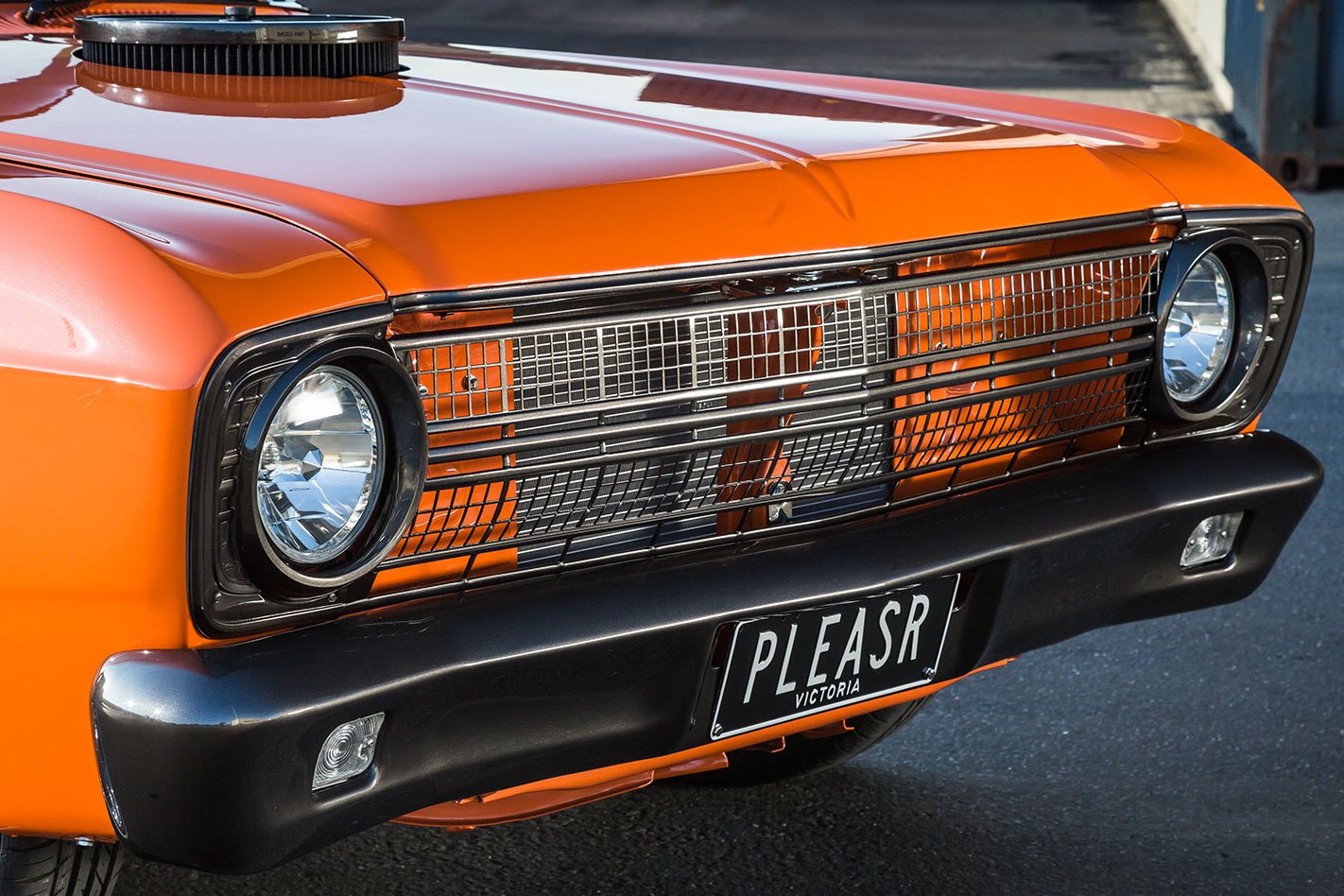 The blackouts on the XR aren’t actually black at all; it’s a VW colour called Black Oak Brown. The only shiny bits are under the car and in the engine bay

“The XR was a clean, registered weekend cruiser when I bought her,” Adam says. “The plan was to give her a bit of a tidy-up and just enjoy her, and I was warned by many family and friends to not do anything else. But everyone knew that wouldn’t last long. 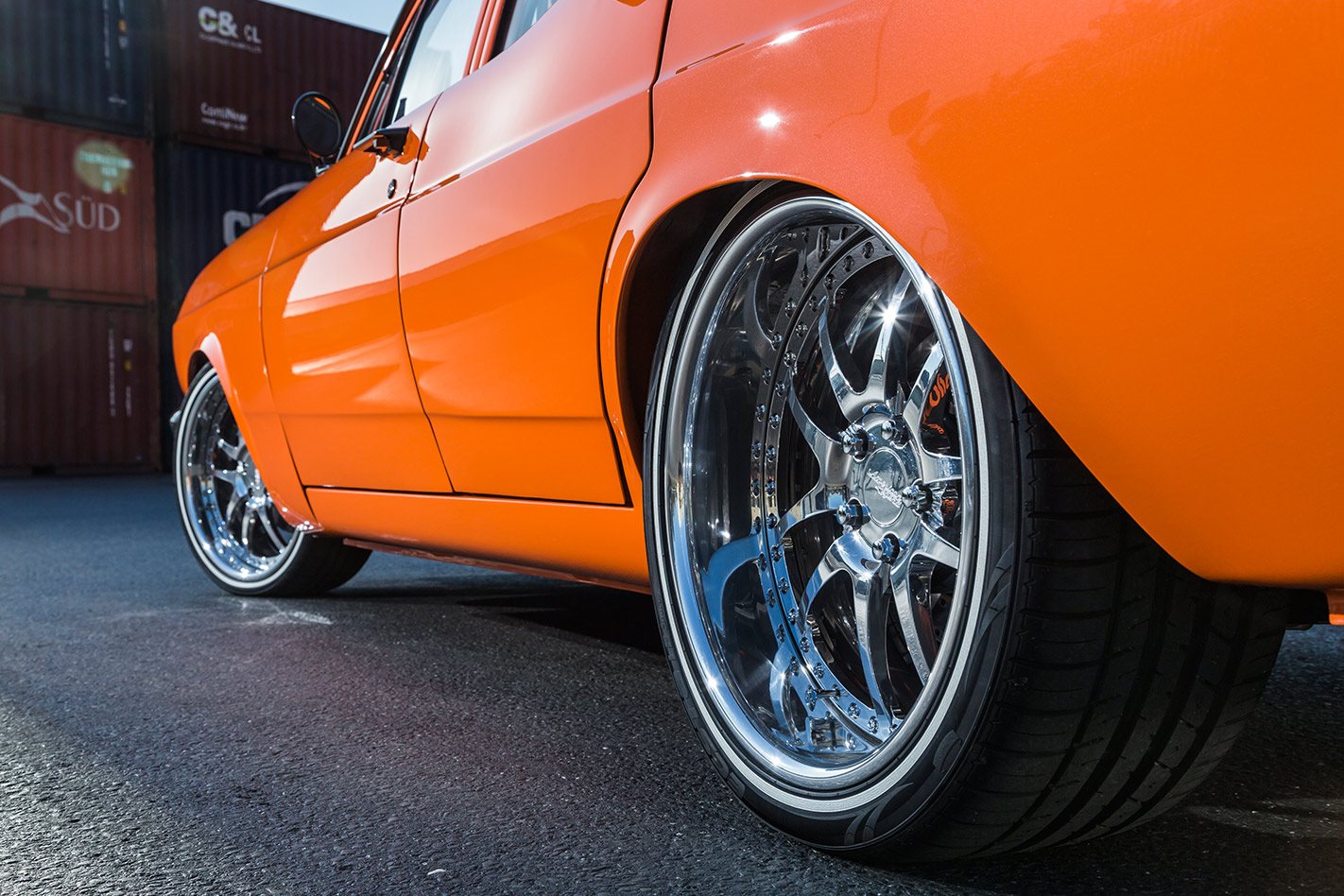 The wheels are American Legend Hornet three-piece items, measuring up at 19x7 up front and 19x9.5 in the rear. They’re wrapped in Kumho 225/35 and 275/35 rubber, and it all fits under the standard tubs

“I drove the car for a couple of months, and then I started pulling it apart in my garage. As a bit of punishment, my uncles wouldn’t touch the car, so it sat there for a while and I was just bare-metalling panels in my garage – by myself – and etch-priming them so that it would be ready to go. We started slowly, but the last two years my uncle got excited and we went non-stop on the car,” Adam says. 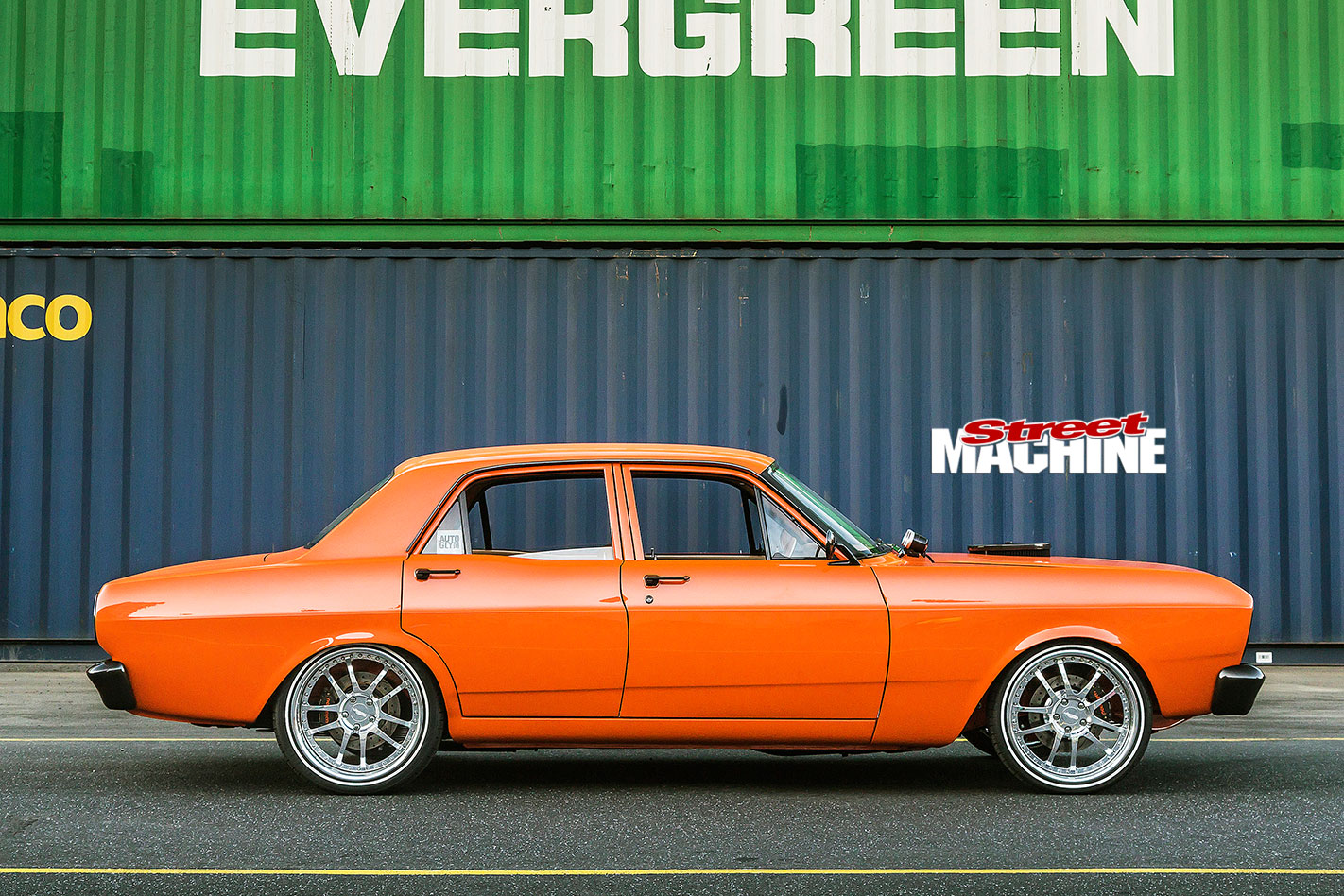 I think a lot of us wish we had an uncle like Michael Agius. He not only helped out immensely with the build, doing everything except the driveline and trim, he also let all of it happen in his back shed. “My uncle has built many show-quality cars, so there weren’t too many problems,” Adam says. 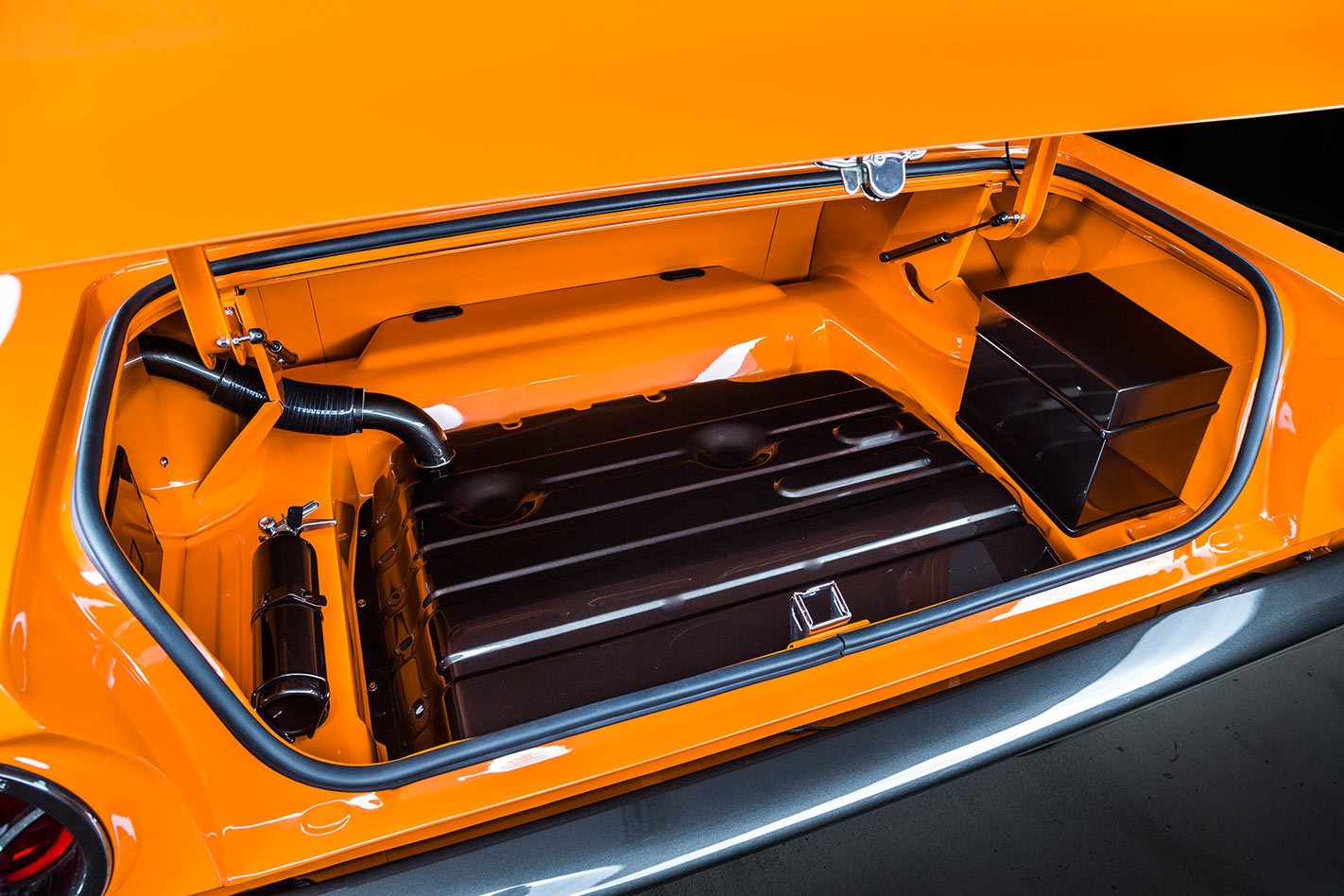 Even the inside of the boot has been panelled and painted to perfection. MDF boards painted in body colour tidy up the sides and make a good spot to mount the amp. Even the boot opening has been filled and smoothed to remove the seams and clean everything up

But there were a few blips in the progress of the build as Adam came up with more ideas on how the car could be improved, so it’s sort of been built one-and-a-half times.

“The first build only got to a primer stage ready to paint; then we pulled it apart and it went on to the rotisserie,” he says. “I wasn’t happy with some things and there were new cars coming out and I got some new ideas, so we ended up redoing everything. 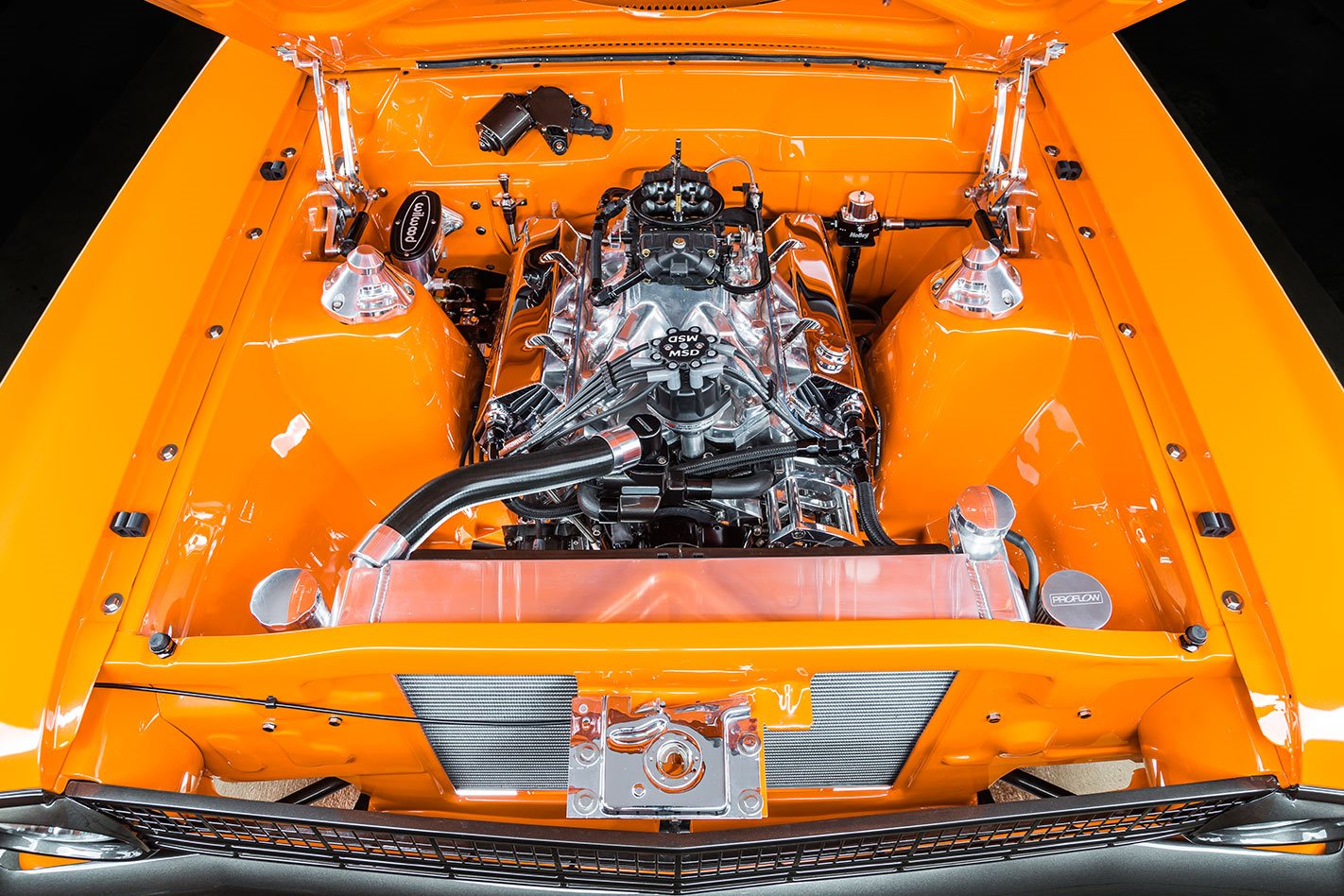 Adam said he went all out with the engine and spent his money on all the best gear. Dart four-bolt block, Scat 4340 crank, Diamond pistons and Callies Compstar rods make for a bulletproof bottom end

“The main purpose was to clean up underneath and hide all the wiring, fuel lines, brake lines. So we made false floors between the rocker panel and chassis rails. The car has been fully welded, so every seam, every hole has been welded up as well. 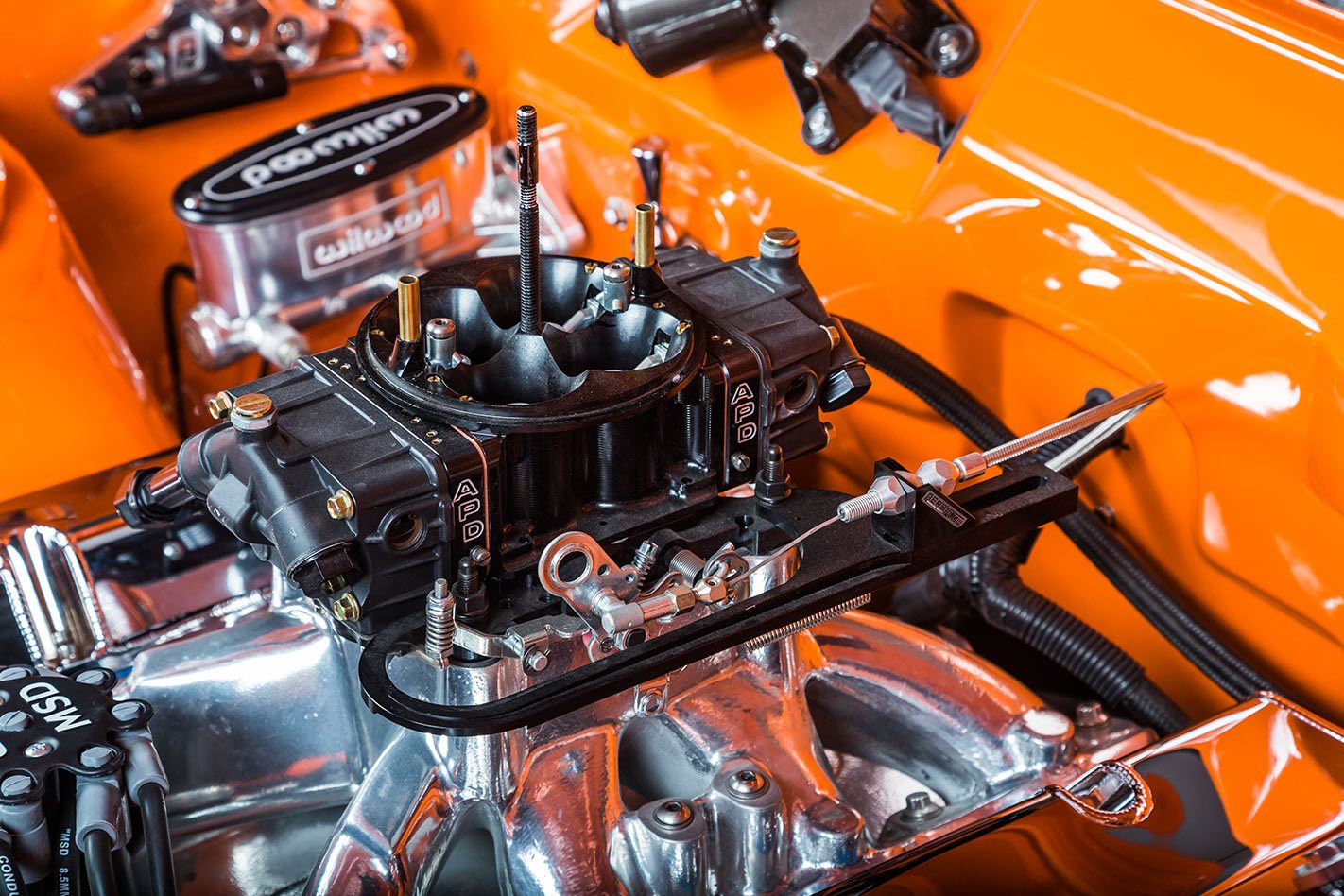 Of course, a big engine needs a big carby, and the 950cfm unit from APD fits the bill nicely. It sits on a high-rise intake from CHI and feeds 4V heads from AFD

If you check out the shots of the undercarriage you can see it’s all very tidy underneath but still retains a lot of the factory-original lumps and bumps – it’s just that they’re all a lot smoother and shinier than when it left the factory 50 years ago! 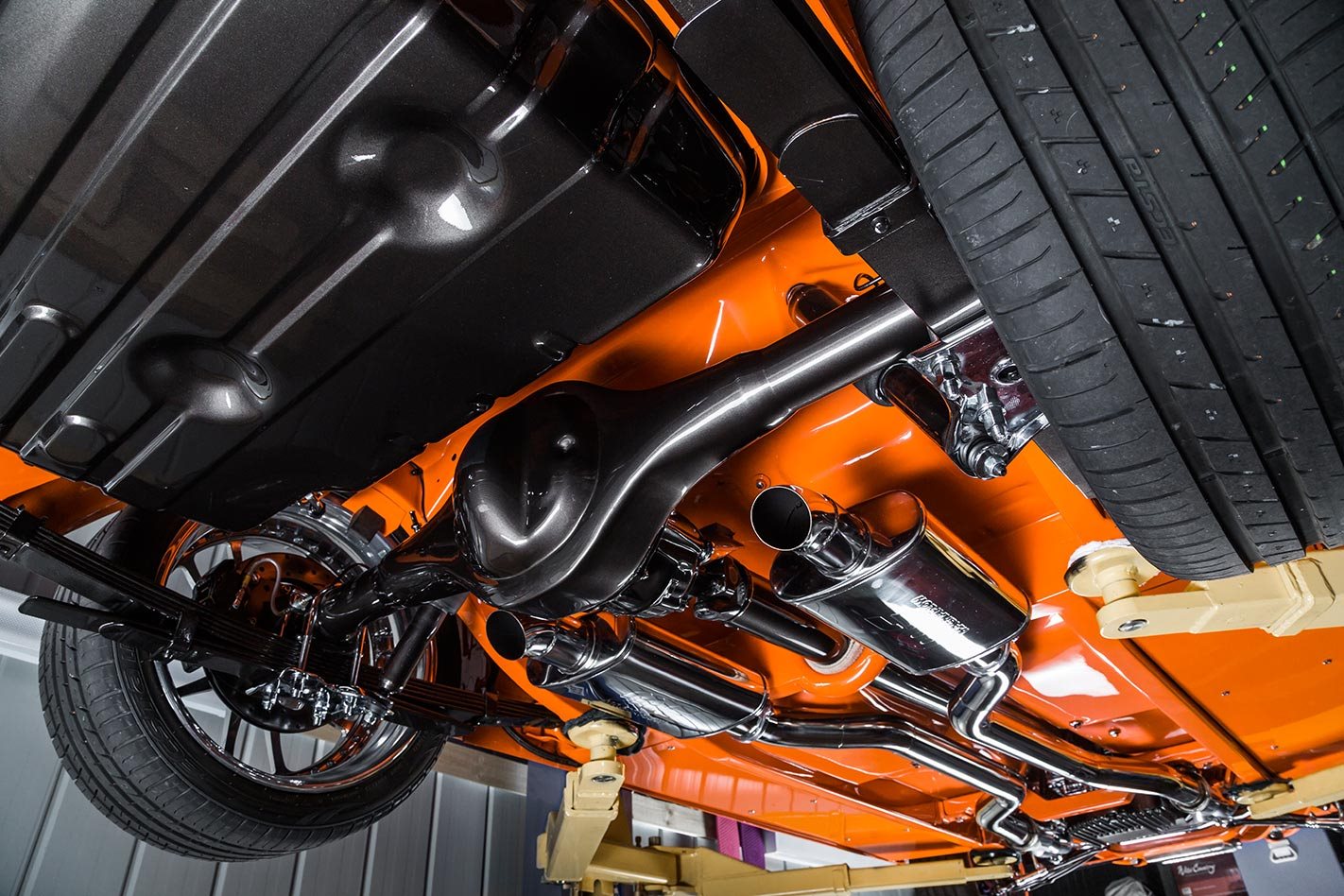 Underneath is just as nice as on top, with the body colour carried through. There is a fully polished 3in stainless exhaust, while the suspension has been painted in Black Oak Brown

In fact, every part of this car is a lot smoother than the factory ever intended. A lot of effort went into cleaning up and detailing all those hard-to-reach spots and awkward areas. Even the door hinges were machined, then filled, smoothed and painted to perfection. Look inside the door jambs and the boot opening and tell me what you see. The answer is nothing – no seams, no overlapping panels, no creases, just perfectly smooth surfaces everywhere you look. It’s those details that set cars apart. 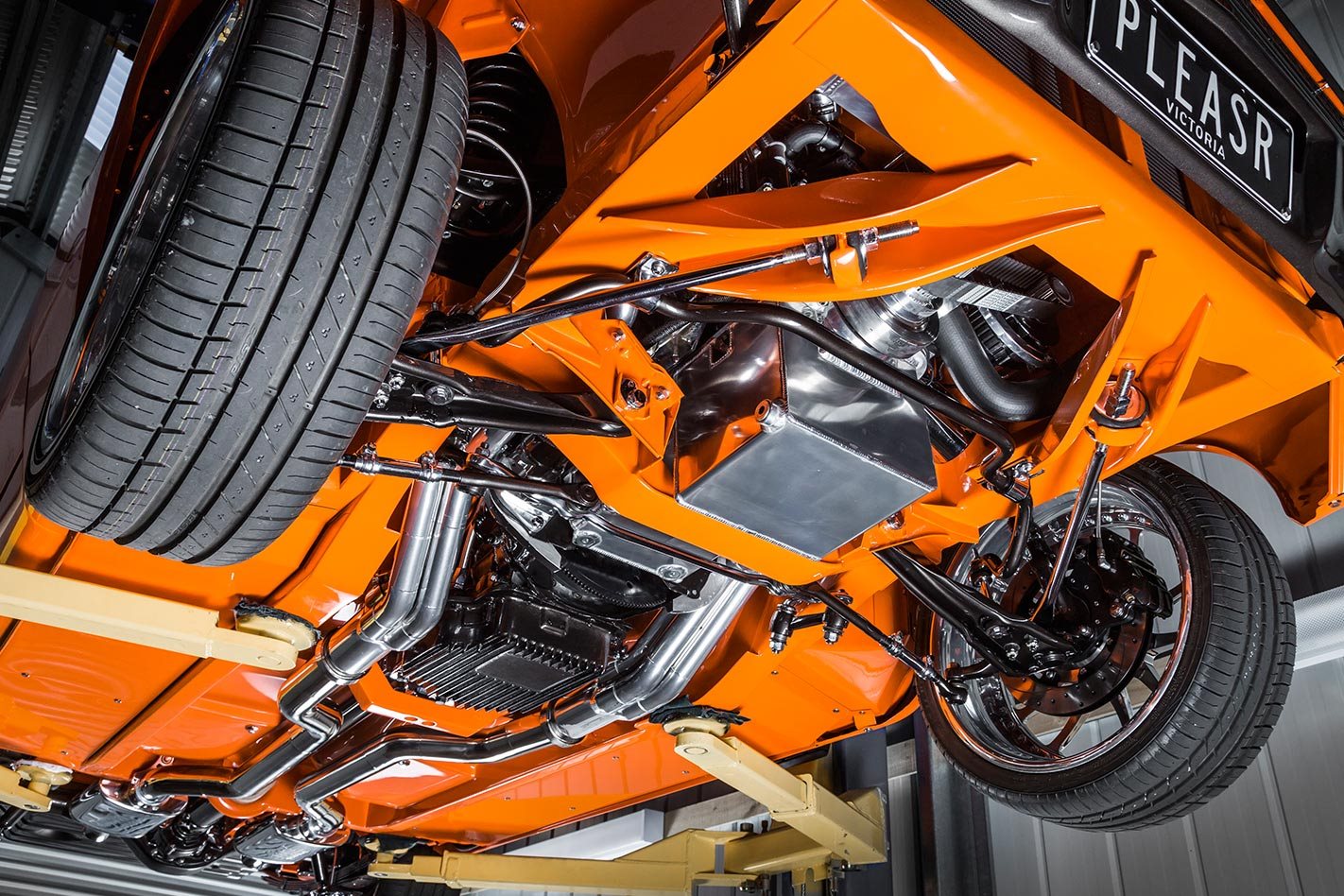 Yes, Chevy fans, that’s a Turbo 400 backing up the stout Windsor, sourced from Neal Racing Transmissions in the US. With 610lb-ft of torque to send to the back wheels, Adam needed something bulletproof

You’ve probably guessed by now, but Adam has a thing for the colour orange: “I’ve always loved orange from a young age,” he says. “Originally I wanted to paint it the Ford Focus orange, but it was getting used on a lot of cars and we wanted to do something different. My uncle’s shop is full of PPG products so I just started mixing base coats using a bit of yellow, orange and a coarse silver metallic until we found the right colour.” 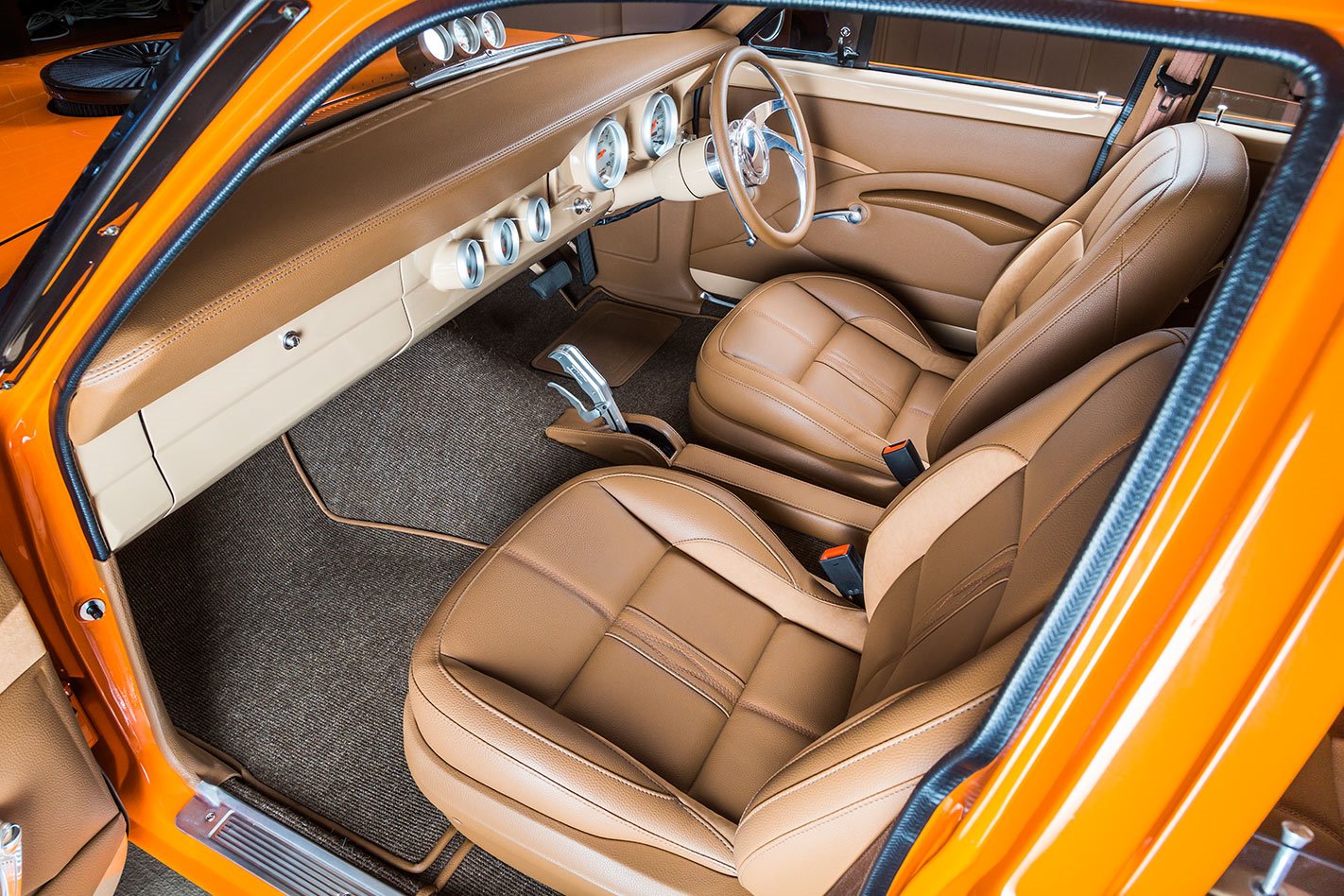 Adam went for a modern look in the interior, painting the dash and door tops in a colour that complements the leather expertly stitched by Adrian at Kool Trim

In contrast to the retina-blasting orange, Adam decided to ‘black out’ the bumpers, grille and handles on the car, but they’re not black at all. “A car came into my uncle’s shop for a respray and he thought it was a tough colour. It’s called Black Oak Brown and it’s off a VW Passat,” Adam says. The colour has also been used on the engine block, suspension components and the fuel tank, so there is very little that’s been polished or plated on this car. The top end of the engine shines like a jewel and the three-inch exhaust has also been fully polished. It’s a pretty effective combination. 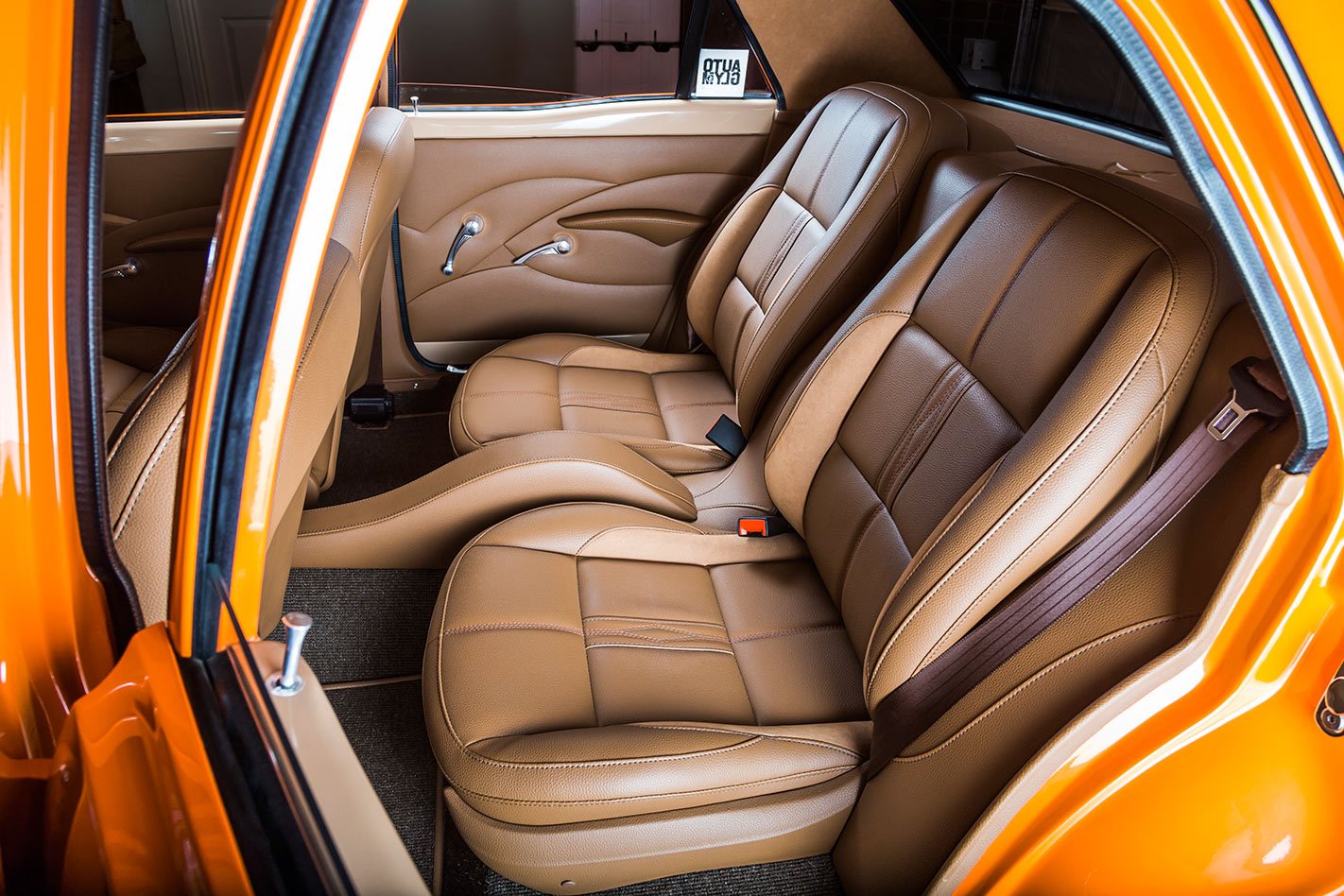 He also loved the look of a four-seat interior, so he utilised the seats out of a BA Falcon, deleted the headrests, then built a full-length centre console

If you’ve had a good look at the underside you’ll also spot a set of chassis connectors to tie the front and back of the car together. When Adam purchased the XR it was already fitted with a 351 Windsor, which most people would probably be happy with, but Adam wanted to step it up considerably and he knew just the person to talk to. “Eugene at Flowcraft Race Engines has been building the motors for our family for over 15 years. I went to him and said I wanted something that sounded tough. We started to rebuild the 351, but at the time parts were cheap from the States. He organised everything. I kind of went overboard on the motor. It was supposed to be a nice cruiser, but it’s got all the good gear in it and no shortcuts were taken.” 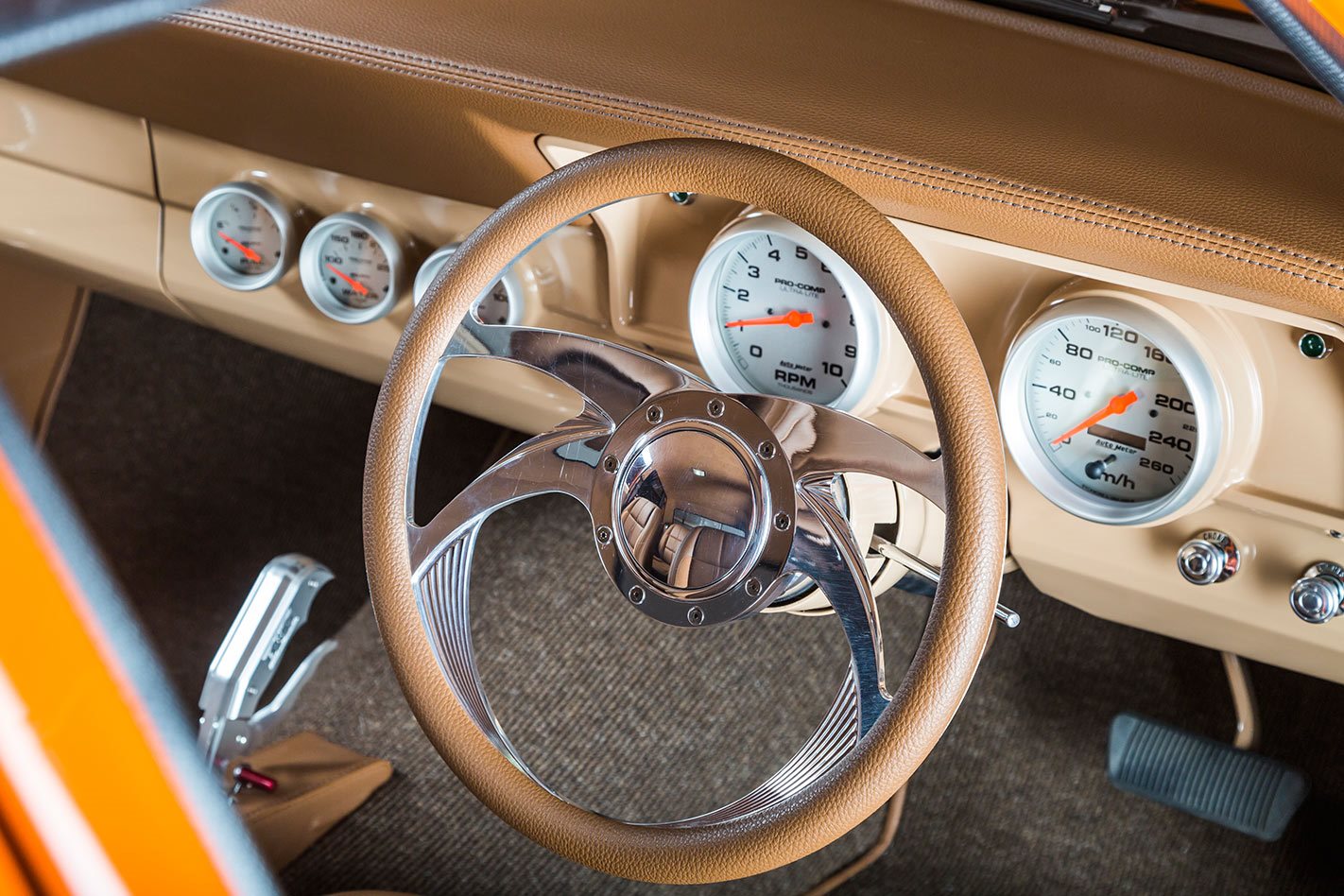 The stock dash cluster has been smoothed and painted and now houses an Auto Meter speedo and tach. Extra gauges are housed in pods where the radio once was, with billet knobs added to the stock switches

The foundation is a Dart four-bolt block that has been taken out to 427ci. There’s a Scat crank, Callies Compstar rods and Diamond Racing pistons doing all the hard yards, while up top a set of AFD 4V heads are matched to a CHI high-rise intake topped by a 950cfm APD carb. Not surprisingly, this combo doesn’t quite fit under the bonnet, but Adam decided to forgo the reverse-cowl trend and just have his air cleaner poke out the top. It probably doesn’t stick up much more than a shaker scoop, which explains why I didn’t even notice it at first. 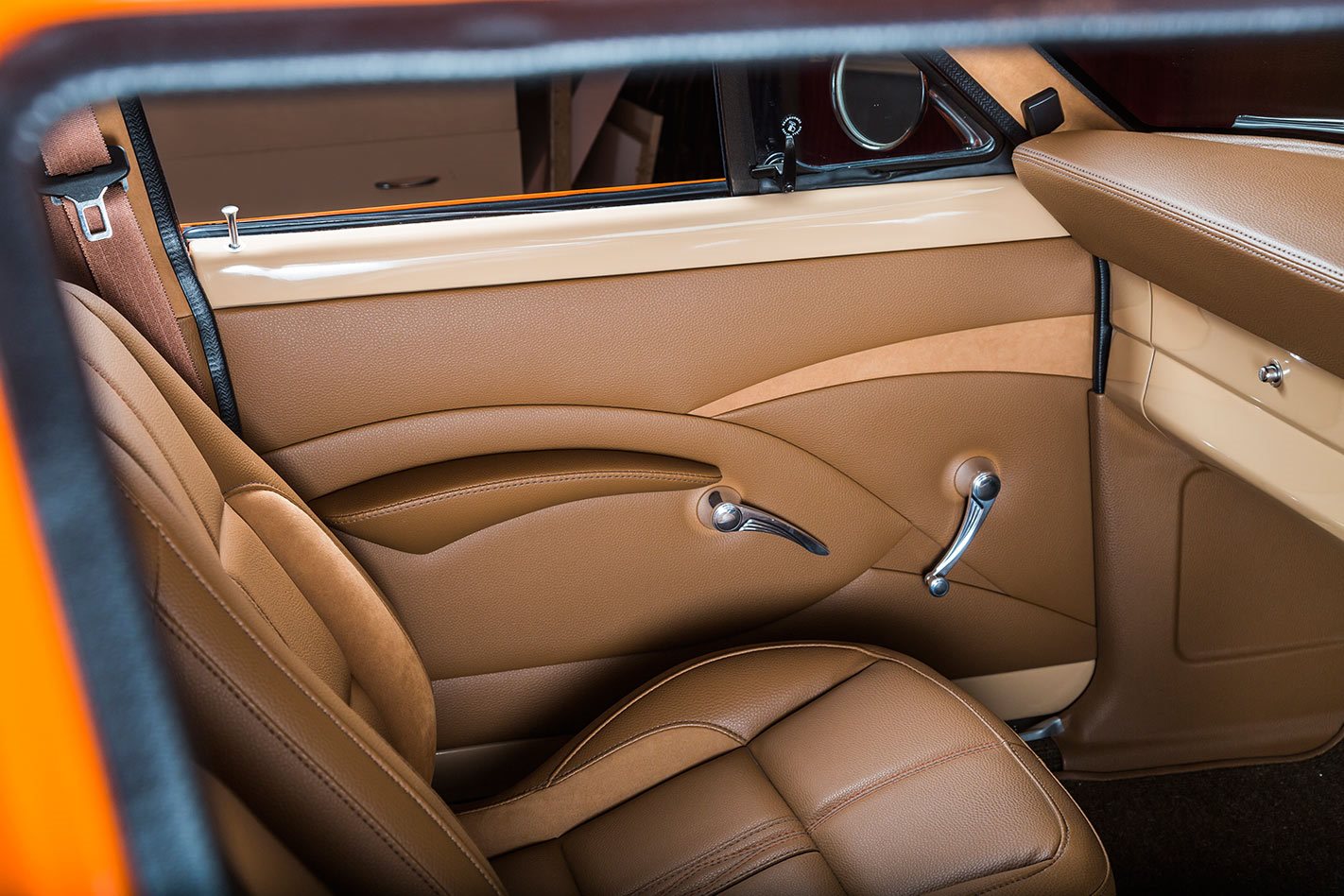 The final piece of the puzzle that Adam needed to solve was what to do with the interior. There are plenty of options these days, with a lot of people electing to completely modernise the interior of their classic, but Adam has managed to create something that looks modern and fresh but still maintains a fair amount of that 60s style that makes these cars so cool. Ever since he laid eyes on a new Monaro he’s wanted a four-seater interior, so a quartet of BA Falcon seats were sourced and relieved of their headrests before the car was handed over to Adrian at Kool Trim. “I wanted someone who had a great reputation in the show car scene; his work is outstanding and he is very easy to work with,” Adam says. “Michael and I had a few ideas and a rough design and Adrian took it from there. We also made the centre console to flow from the front to the back.” 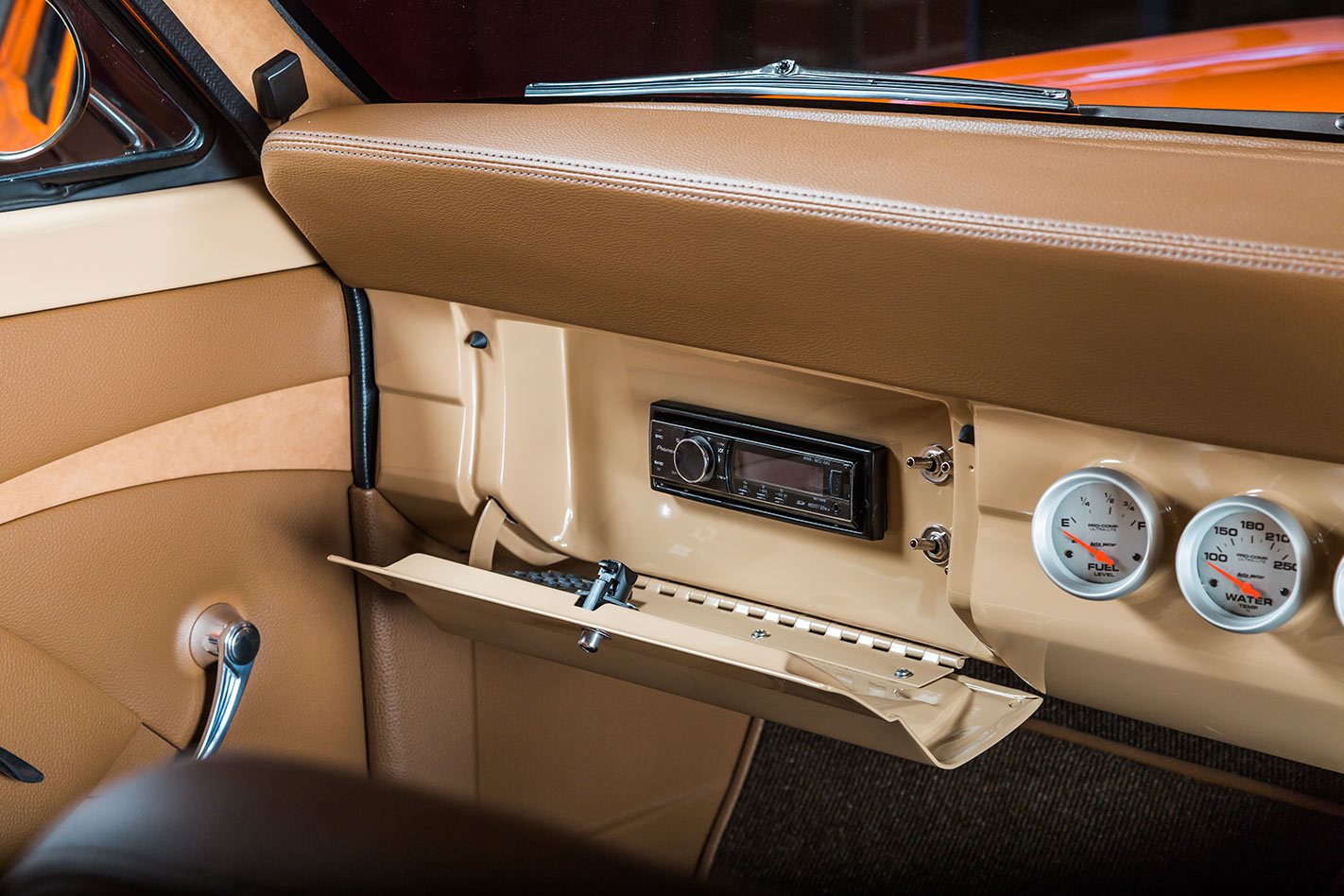 Not surprisingly, the car has already won some tinware at the couple of shows it’s attended, but it was the attention it garnered from another Falcon lover – and former SM feature car owner – that really proves Adam hit the mark with his XR.

“I had Owen Webb personally come look for me and shake my hand to tell me that he loved my car!”

It’s a pretty good bet you’ll be able to check the car out with your own eyes at MotorEx Melbourne in 2018. 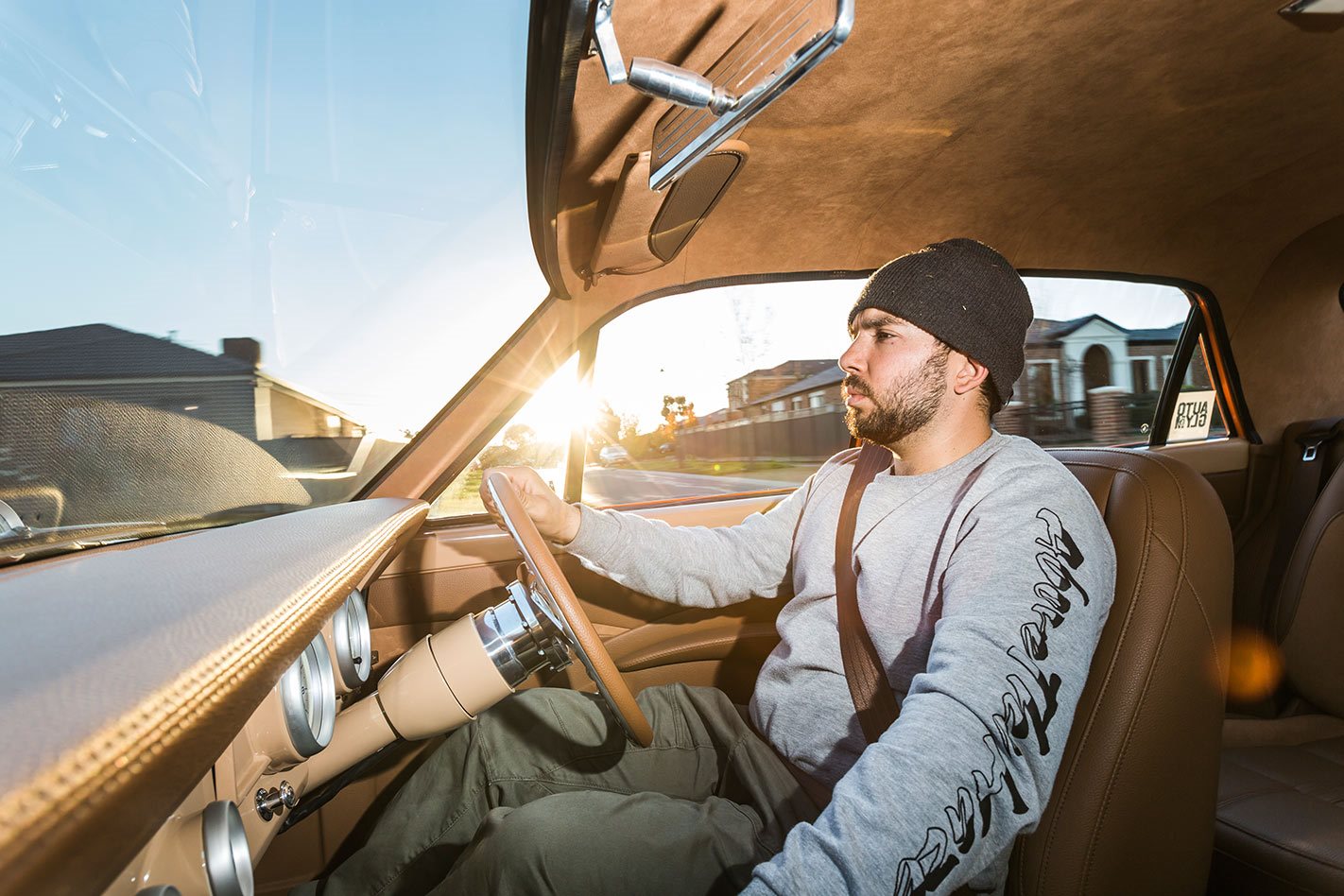 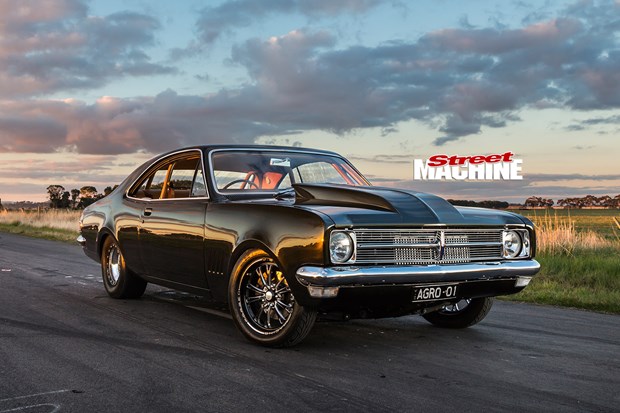 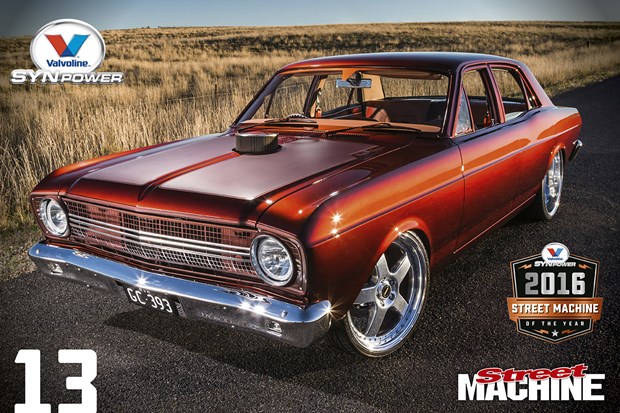 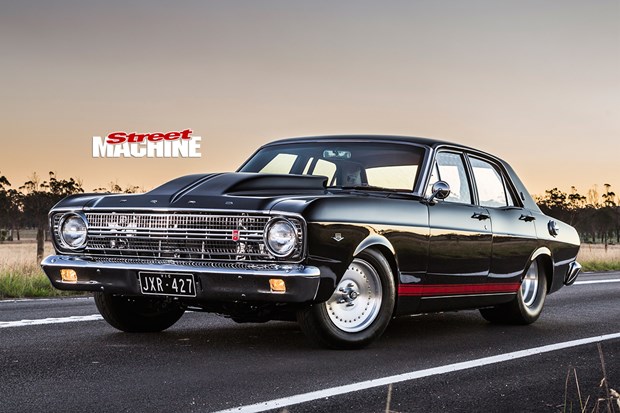