Eddie Tassone made his name and dominated Summernats with his Holden-powered VH, but then it was all about the LS

TURBOS, once the domain of four-cylinder Japanese rice rockets and overpriced Euro trash, are now firmly entrenched in the V8 scene. Just about every seriously quick street car is running one — or two, as the case may be — but not many have been doing it as long as Perth’s Eddy Tassone. 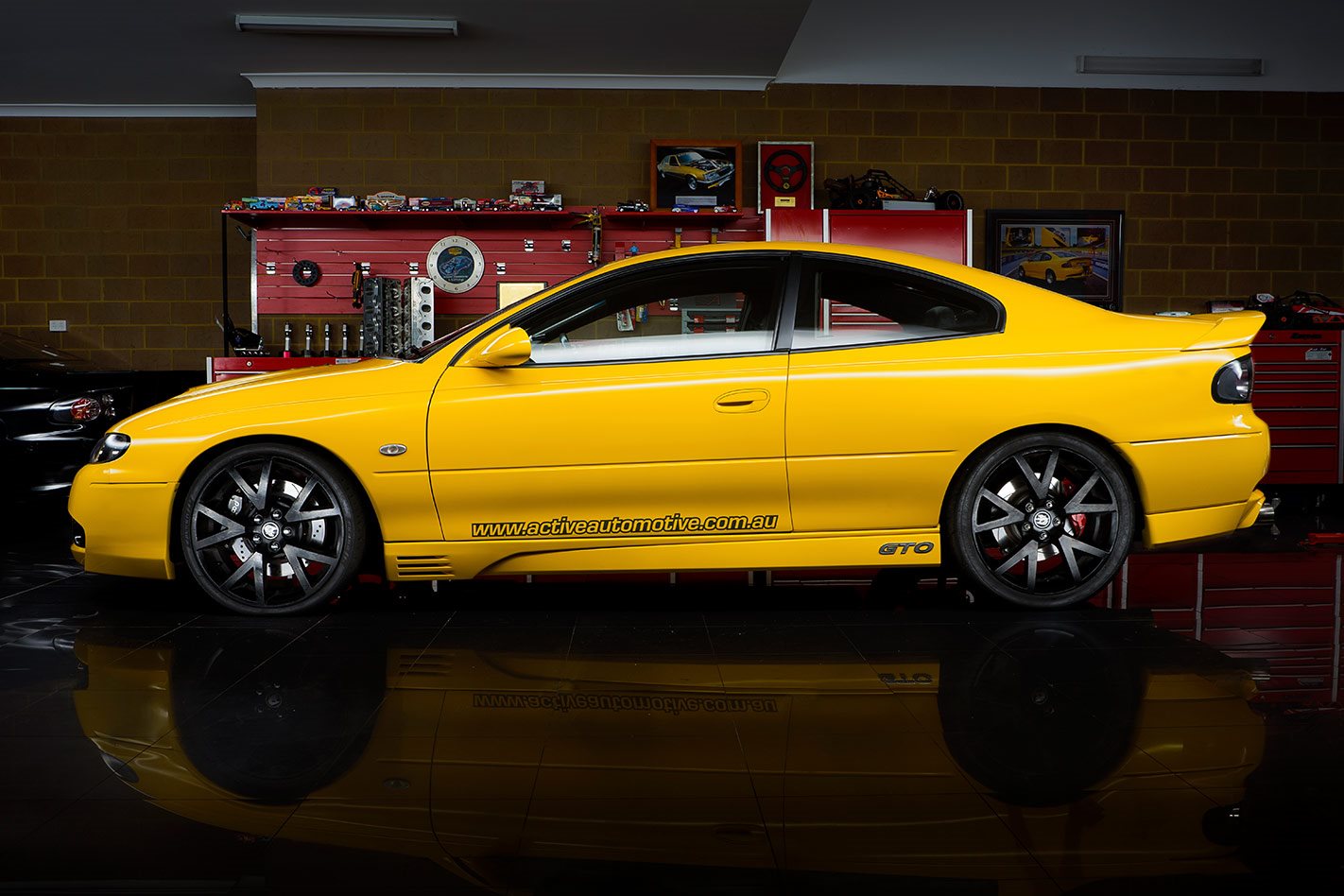 Eddy’s no stranger to magazines. His VH Commodore graced the cover of Street Machine in May 2003 and got plenty of ink in our Summernats coverage when he headed east to take home the Horsepower Heroes award twice. He made 1376hp at the wheels with a twin-turbo Holden V8! 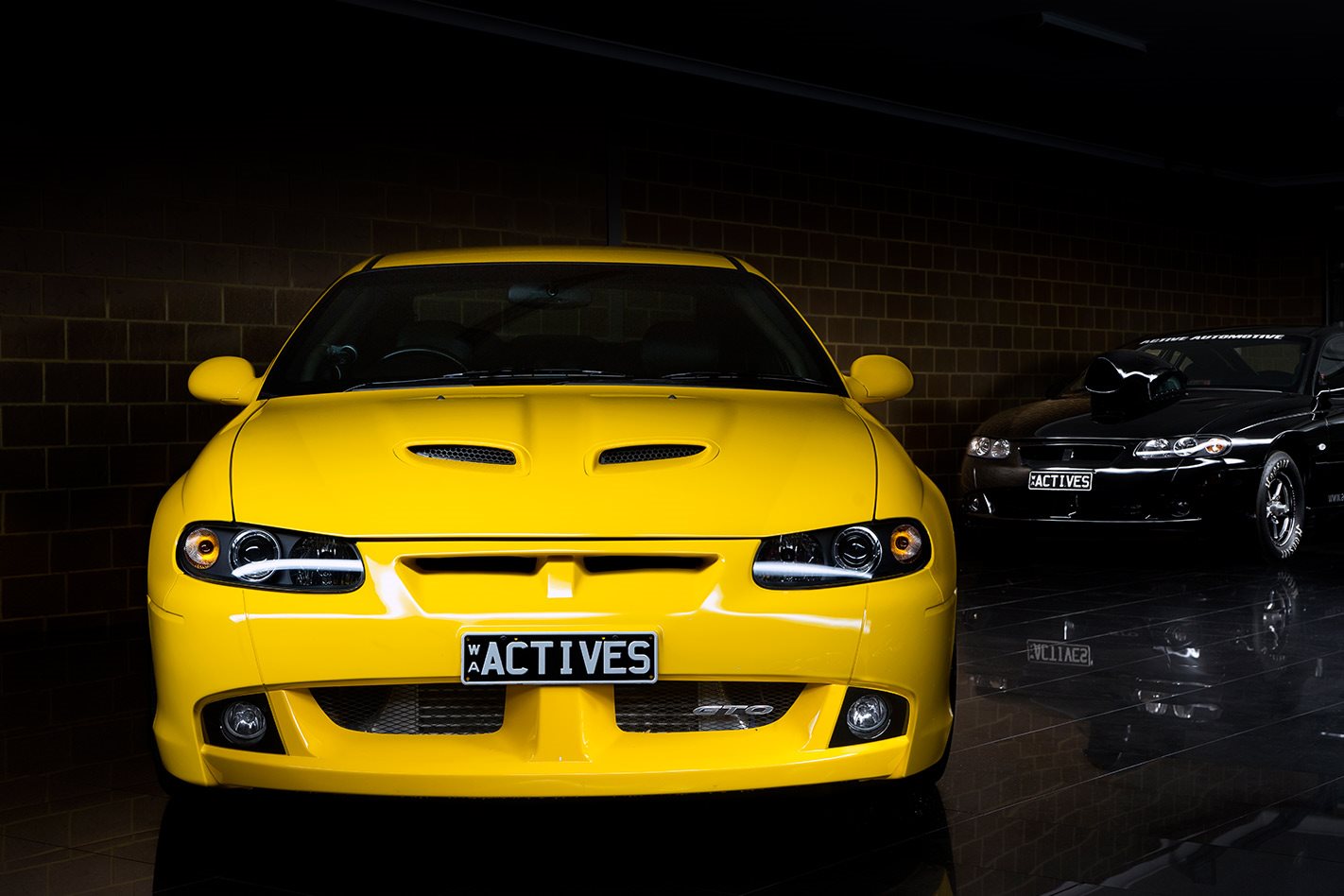 These days he makes close to that kind of power every day of the week with his twin-turbo LS engines, and he’s not even leaning on them. Just 18lb of boost will get you more horsepower than you could ever use. How much is too much?

Well, it depends on what you feed the monster. On 100-octane, the car will make 1000hp ’til the cows come home, but if he wants to get serious, Eddy puts E85 in the tank. 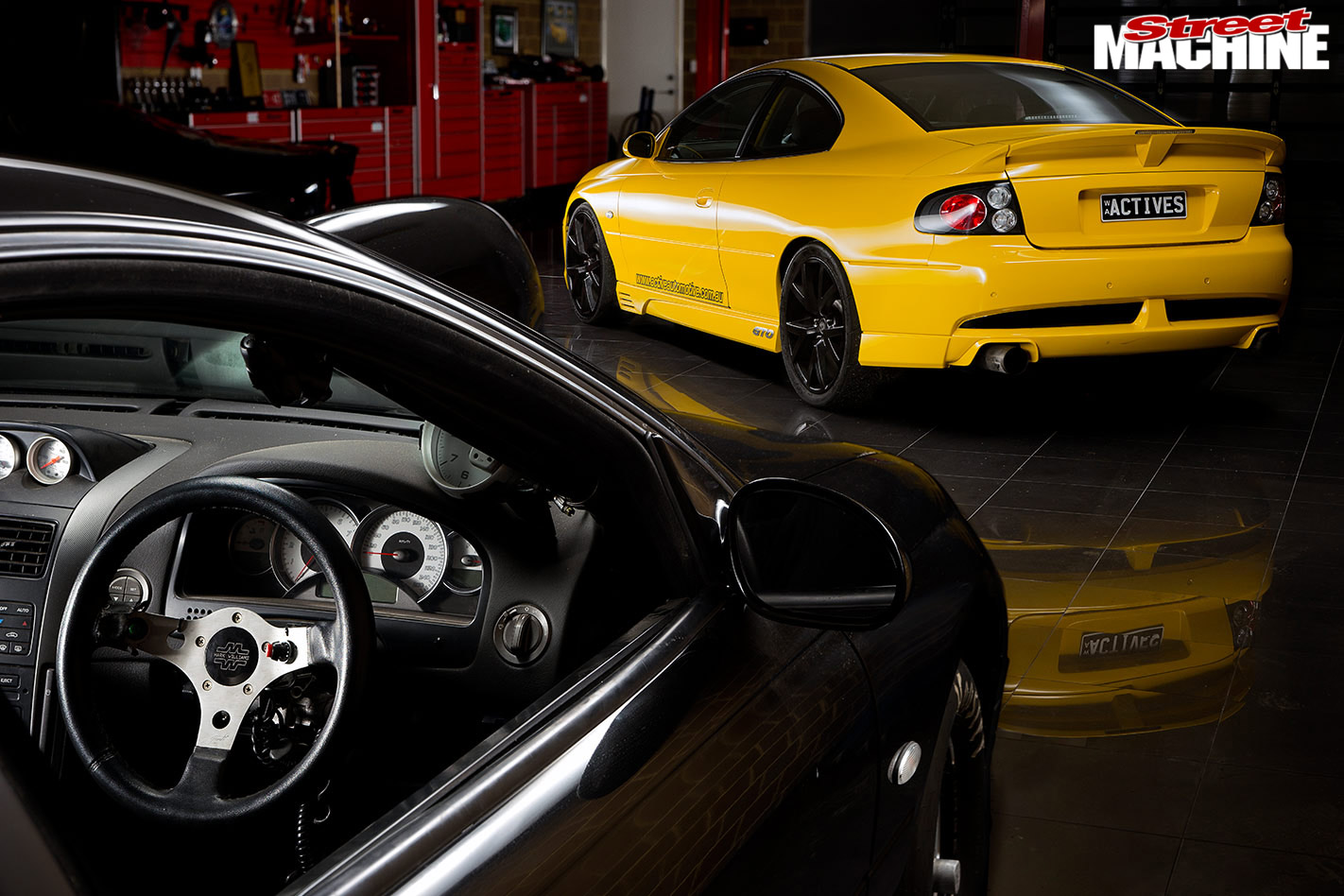 “It’s got three stages of boost,” he says. “The low stage makes 850 at the tyres, it makes 1050 on the second stage and on the third stage it makes about 1285. The third stage of boost activates another solenoid of fuel because it runs out of injector, basically.” 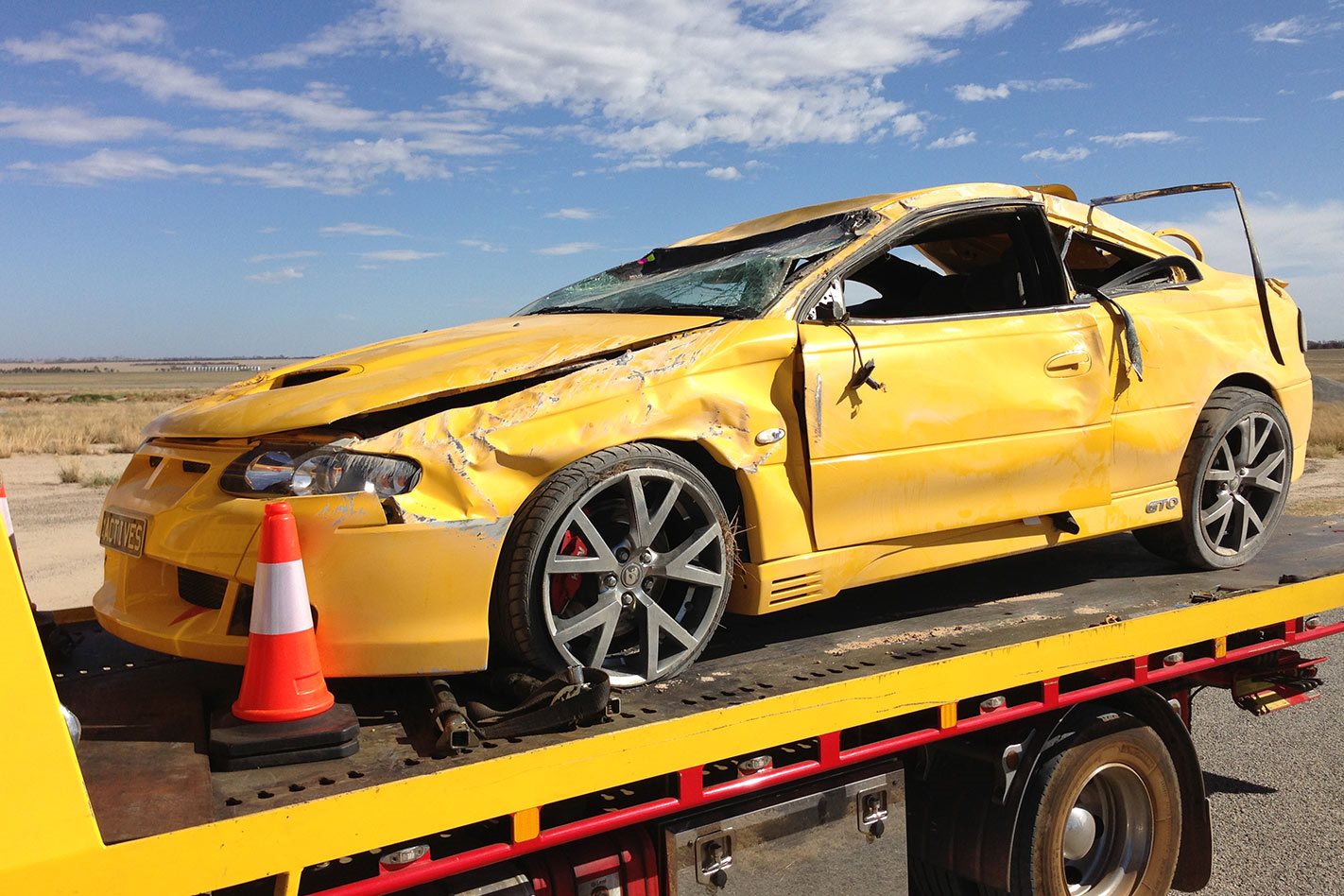 If you weren’t aware, Eddy had a massive smash at Racewars 2013 and wrote off the car. It's unclear exactly what caused the accident, but at around 200km/h, the car suddenly turned left and speared off the track before rolling when it hit a sandbank. 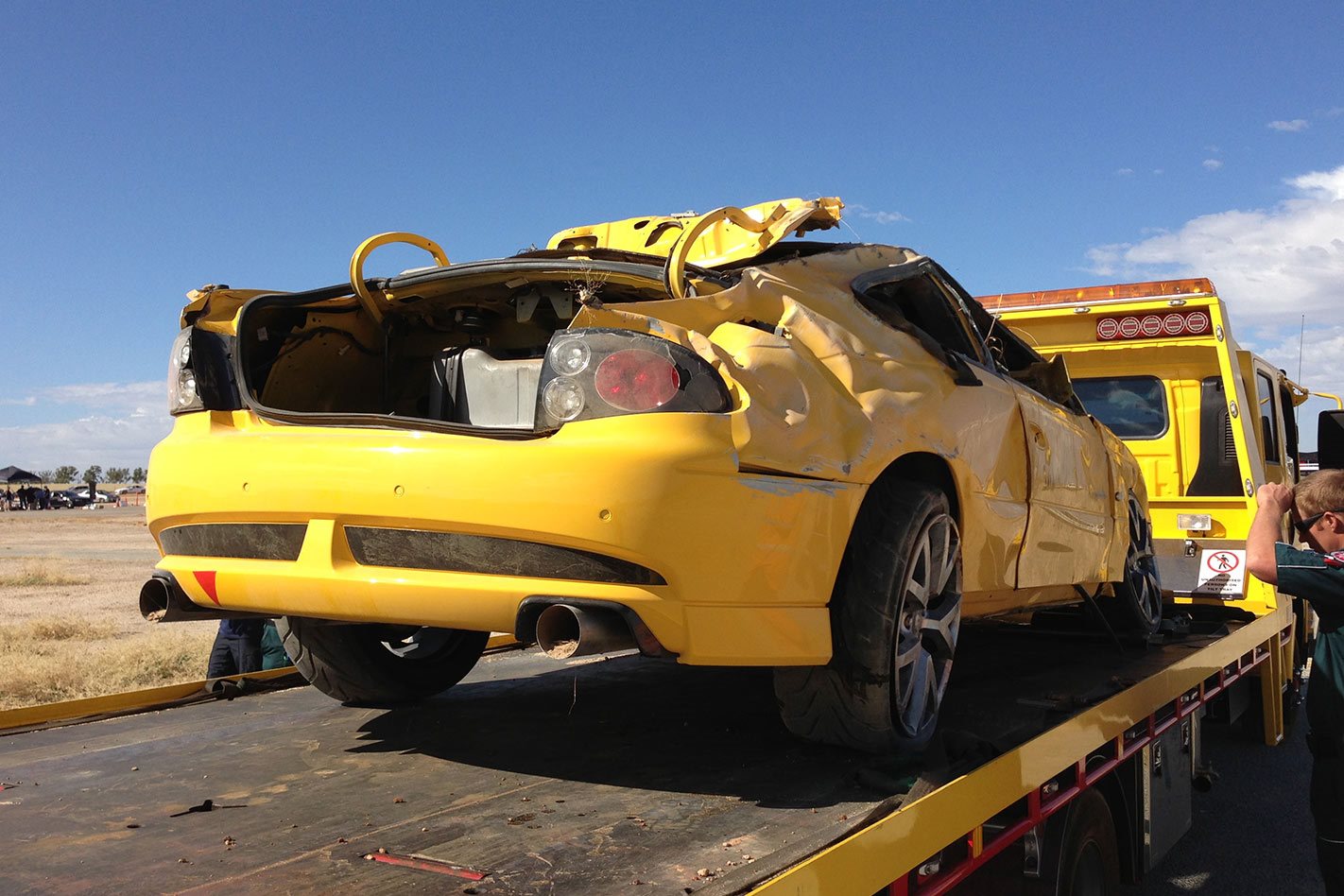 Eddy suffered a fractured skull and other injuries, while his co-driver walked away unscathed. The car, however, was an unsalvageable mess.

“The engine and gearbox is out of the old car but nothing else survived,” Eddy says, but he also found some positives from the crash, including a new attitude towards work.

“There was a lot of bad, with injuries and some ongoing issues,” he says, “but a lot of good came out too. 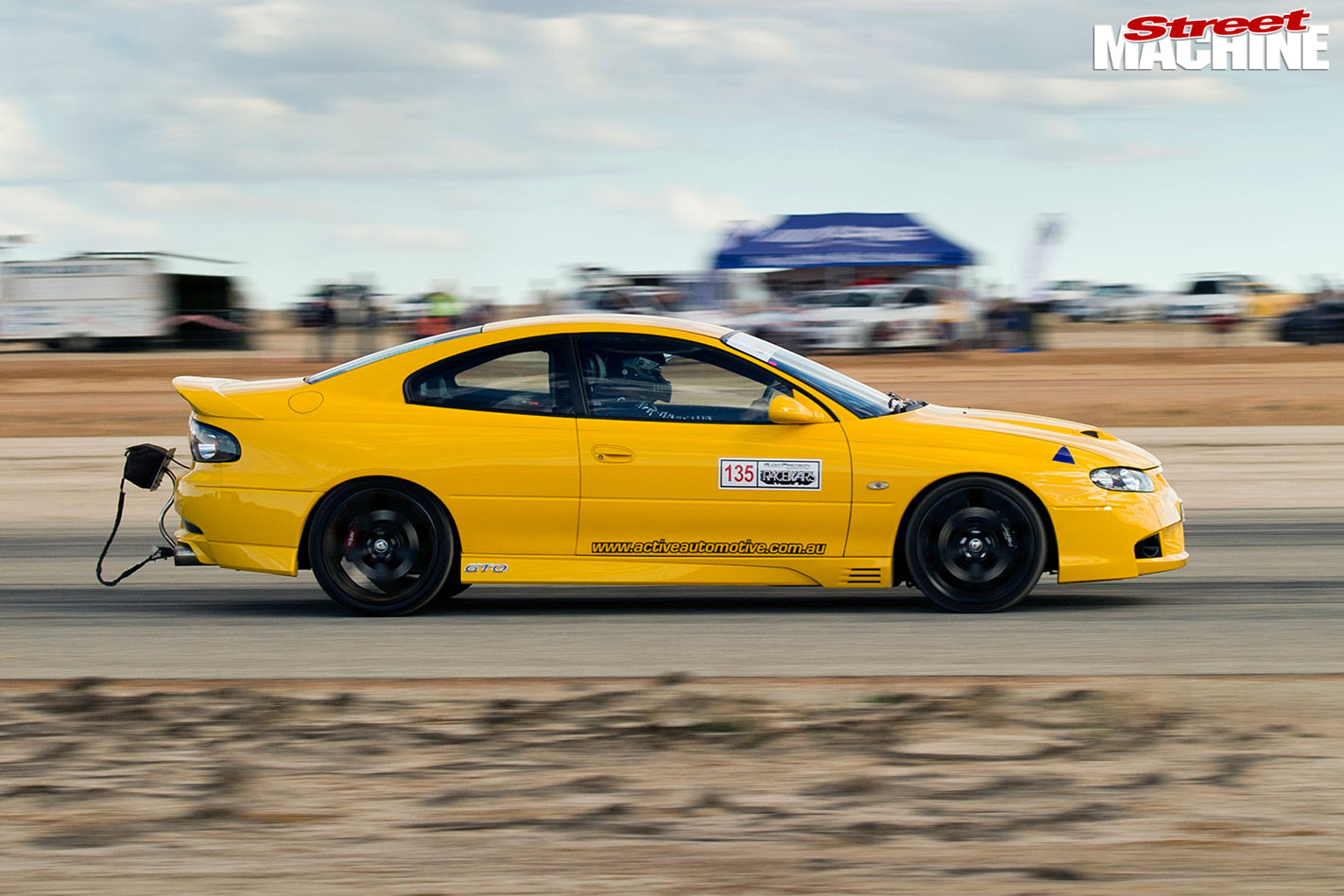 “I had so many guys working for me that I would rely on them to do the smallest things. All I would do is tune — you get lazy and don’t want to do those little jobs. After a while your brain starts to shut down and you can’t work out the basics, you start to lose your touch.

“It was a hard thing to do, but I stripped down the car and built it over a fairly short time. It was good for my business and my mechanical knowledge to build up all that stuff I’d let slip by and get back on the ball. I feel sharper than I ever did.” 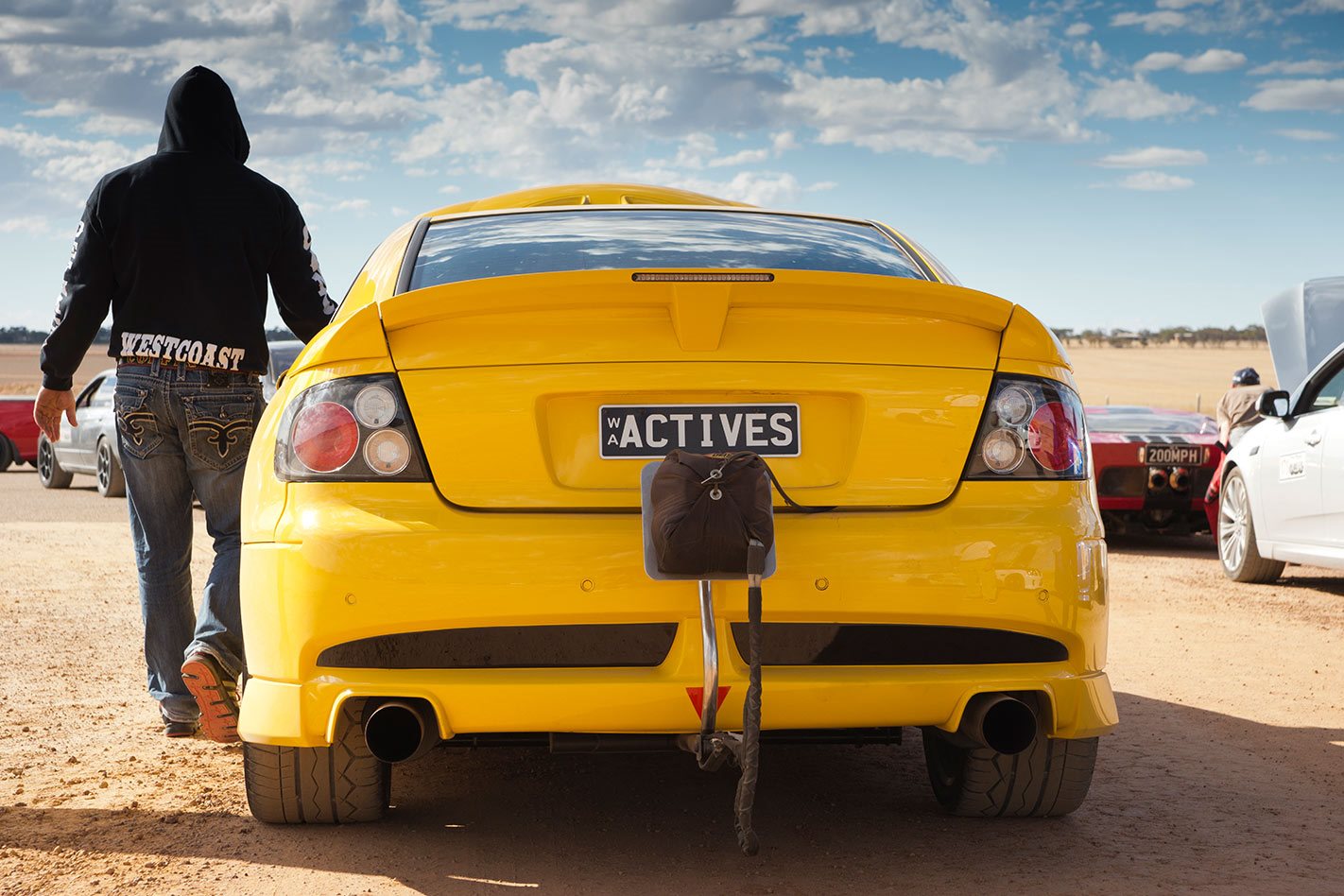 What made it even tougher was that Eddy had only just rebuilt the car after crashing it at the Motorplex and hadn’t even driven it before towing it up to Wyalkatchem for Racewars. He figured there would be plenty of time to drive it after the event, but apparently not.

Although it was a big ask to build the car a third time, it turned out to be a satisfying process. 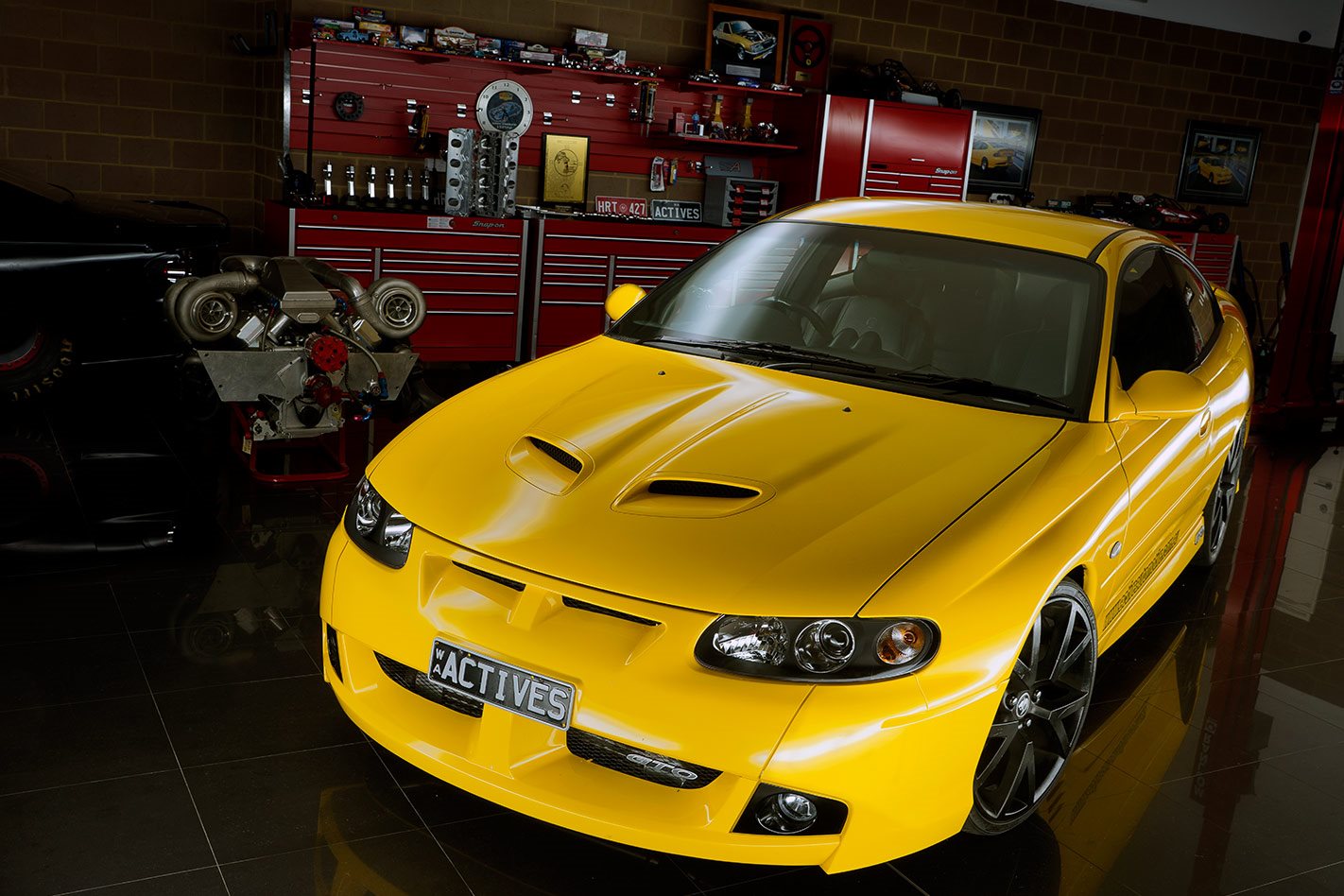 “I restored the VH and a Torana back in the day and I’ve built heaps of tough cars,” Eddy says, “but to build and restore a car like this with all the electrical shit and the airbags and to have everything working again, that was an achievement for myself.”

Yep, everything works on this car just like it did when it left the factory. Power steering, ABS, traction control and air conditioning, but if you look real hard, you might spot the roll cage which has been tucked up nice and tight where it is barely noticeable.

While the engine and ’box were salvaged from the wreck, the third member of the driveline may well have been the cause of the accident. The previous car still had the standard IRS. 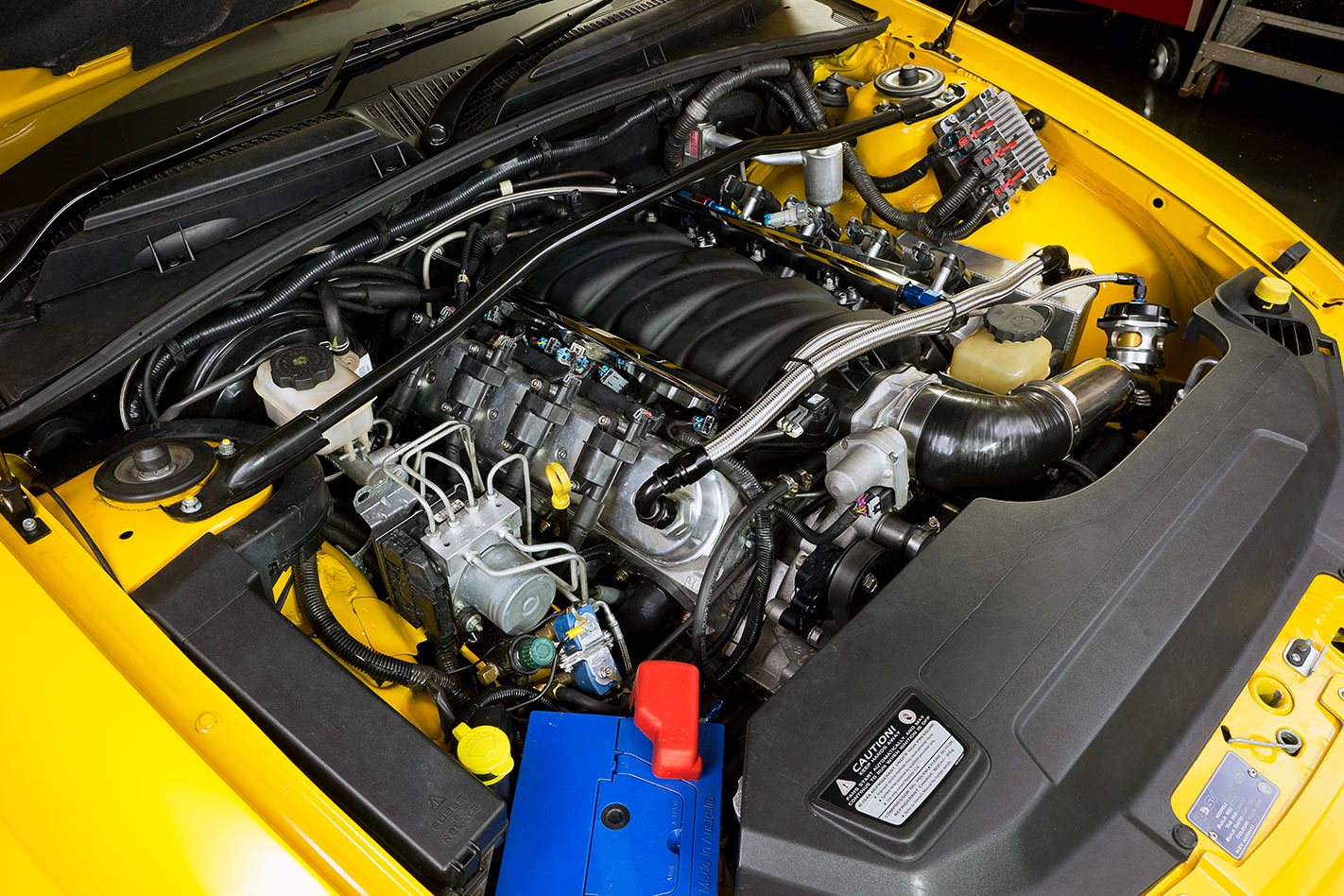 When he was pulling apart the wreck, Eddy noticed that while all of the tyres were blown off the bead, one wheel appeared undamaged. More surprisingly, the brand new tyre fitted to it was worn down to the canvas on the outside edge. 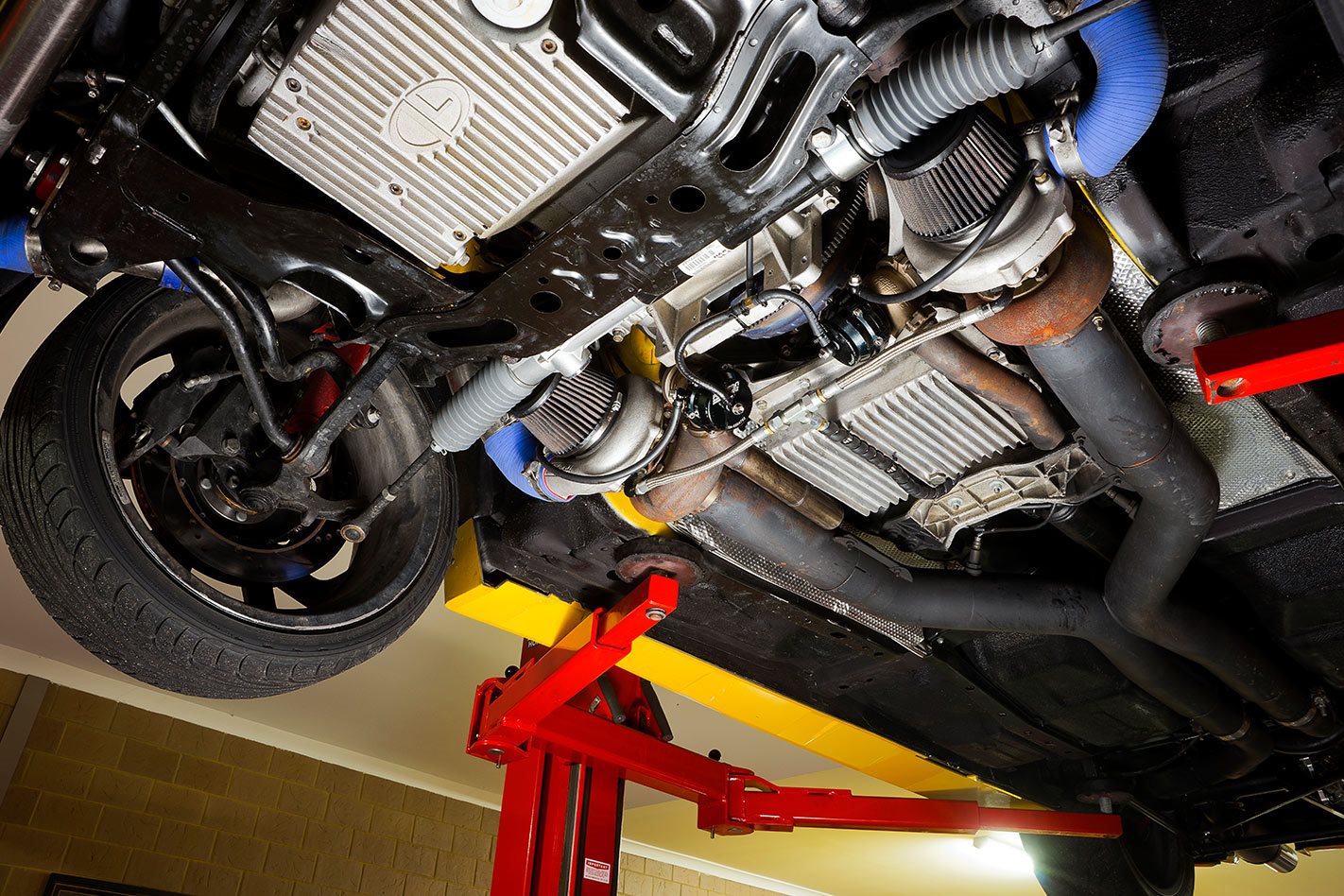 “I have no memory of what happened, but my mate who was in the car said that the car drove from the rear and he couldn’t understand it,” he says. He studied video trying to figure out what caused the right rear to push the car sideways, suspecting the IRS had failed. 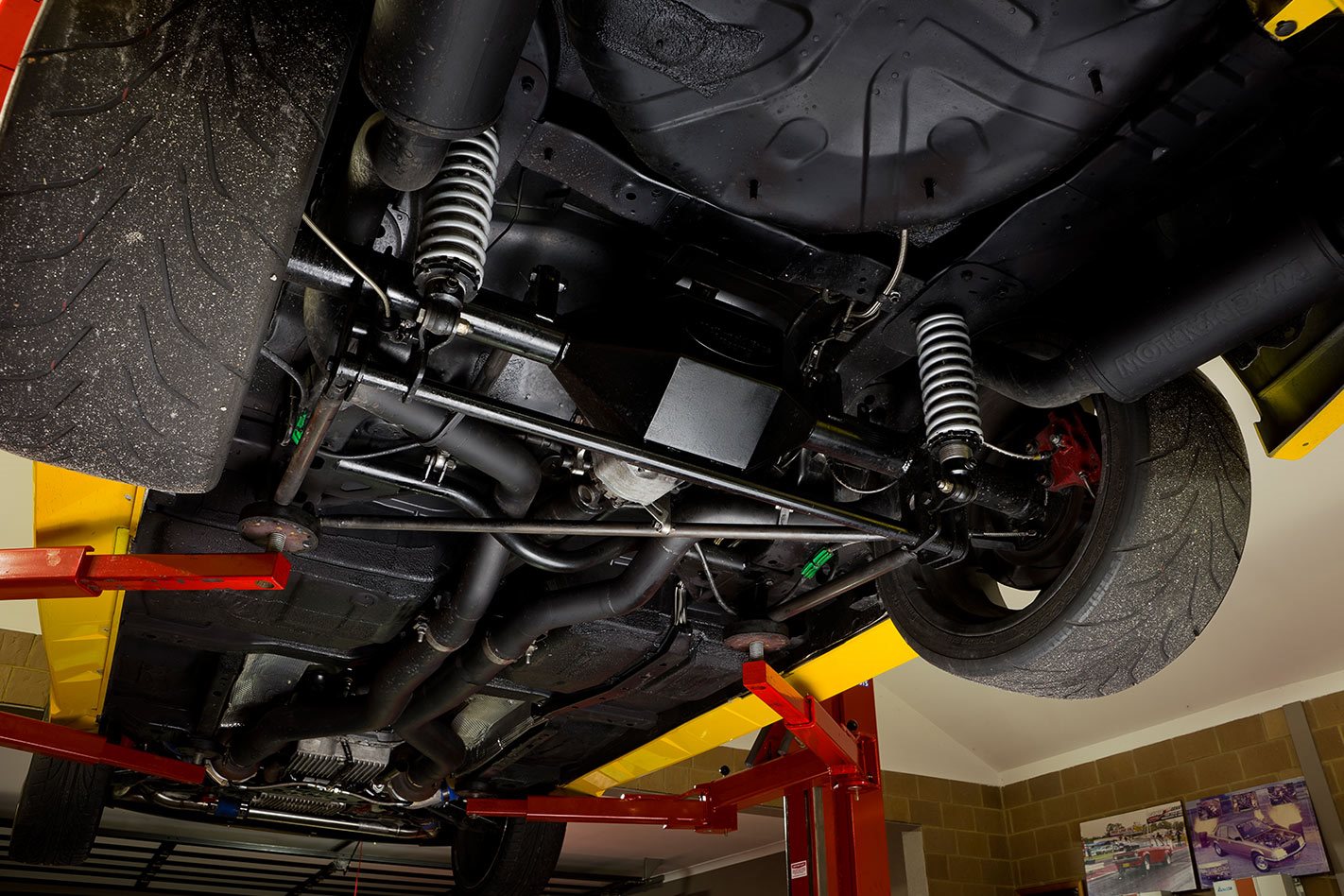 “Until recently I hadn’t watched the actual moments of destruction. We knew it had folded one of the suspension arms, which could have happened on impact, but then I noticed that the rear of the tyre would physically come outside the guard and the front of the tyre would push in every time I applied power.” 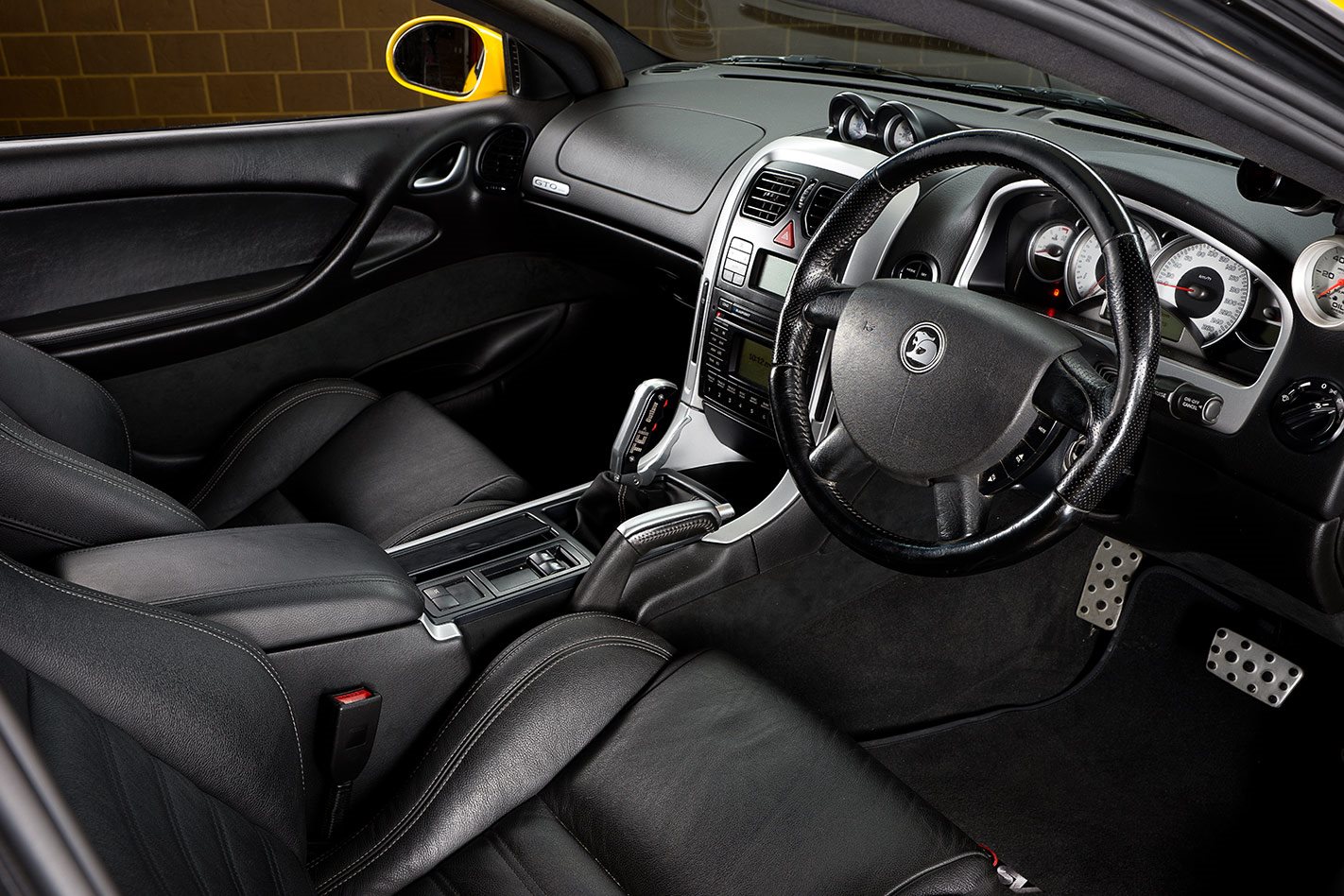 So that’s why there’s a McDonald Bros four-link and a live-axle nine-inch under the car this time. It puts the power down nice and straight and the car behaves much better under power.

“Now when you do a skid, it doesn’t give you that big ol’ IRS flick; it’s like being in a race car,” Eddy says. “John Zappia spent a whole weekend helping me make sure the car was safe.” 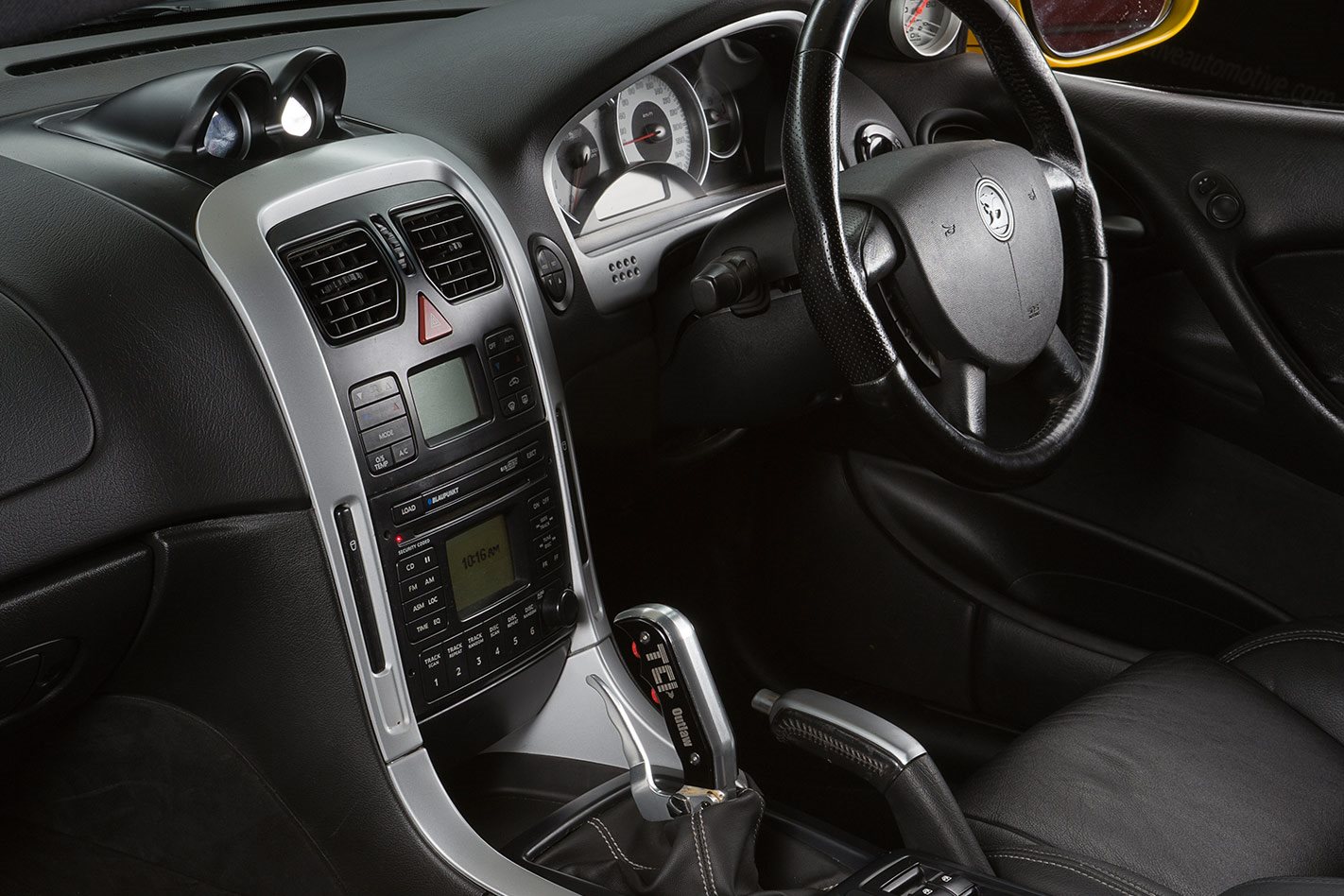 The GTO is a genuine triple treat, capable of 300km/h-plus and eight-second quarters out of a car that Eddy drives to work. He even drove it the 200km or so from Wyalkatchem after competing at Racewars 2014. “That was the highlight for me,” he says. “To be able to jump in and drive home with my son made it all worthwhile.” 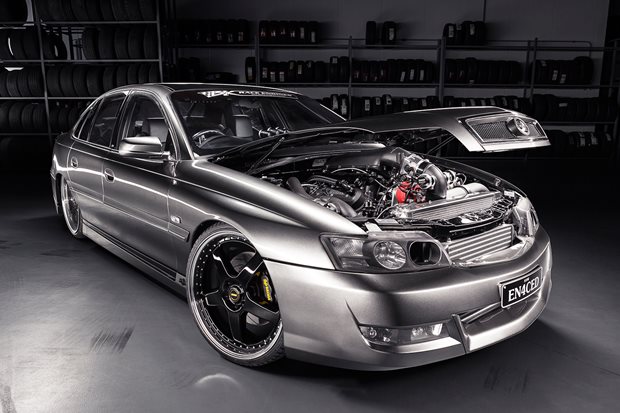 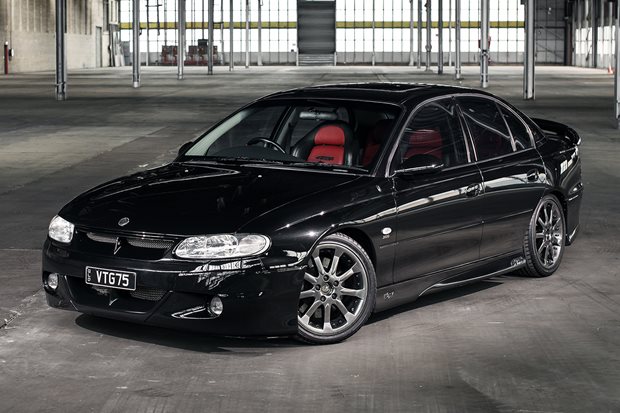 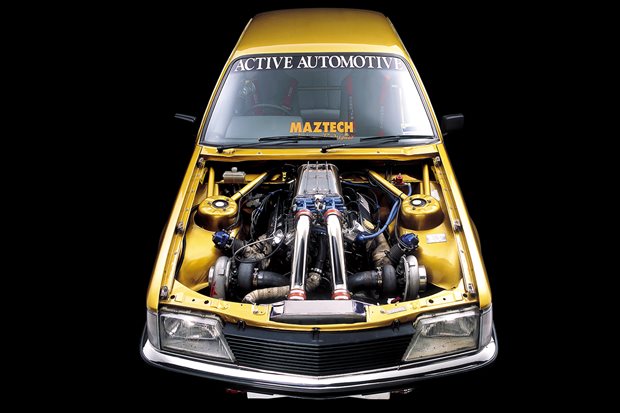