THIS year’s Hot Rod Drag Week saw over 340 competitors travel through Ohio before stopping at US 131 Motorsports Park in Martin, Michigan for the third day of competition. Our own Australian entrant Brain Jensen had already dropped out of contention by then, with a spun bearing in his big-block Torana, but we were seeing double when Aussie expat Wes Gates stopped by to fly the flag with his own LX Torry. 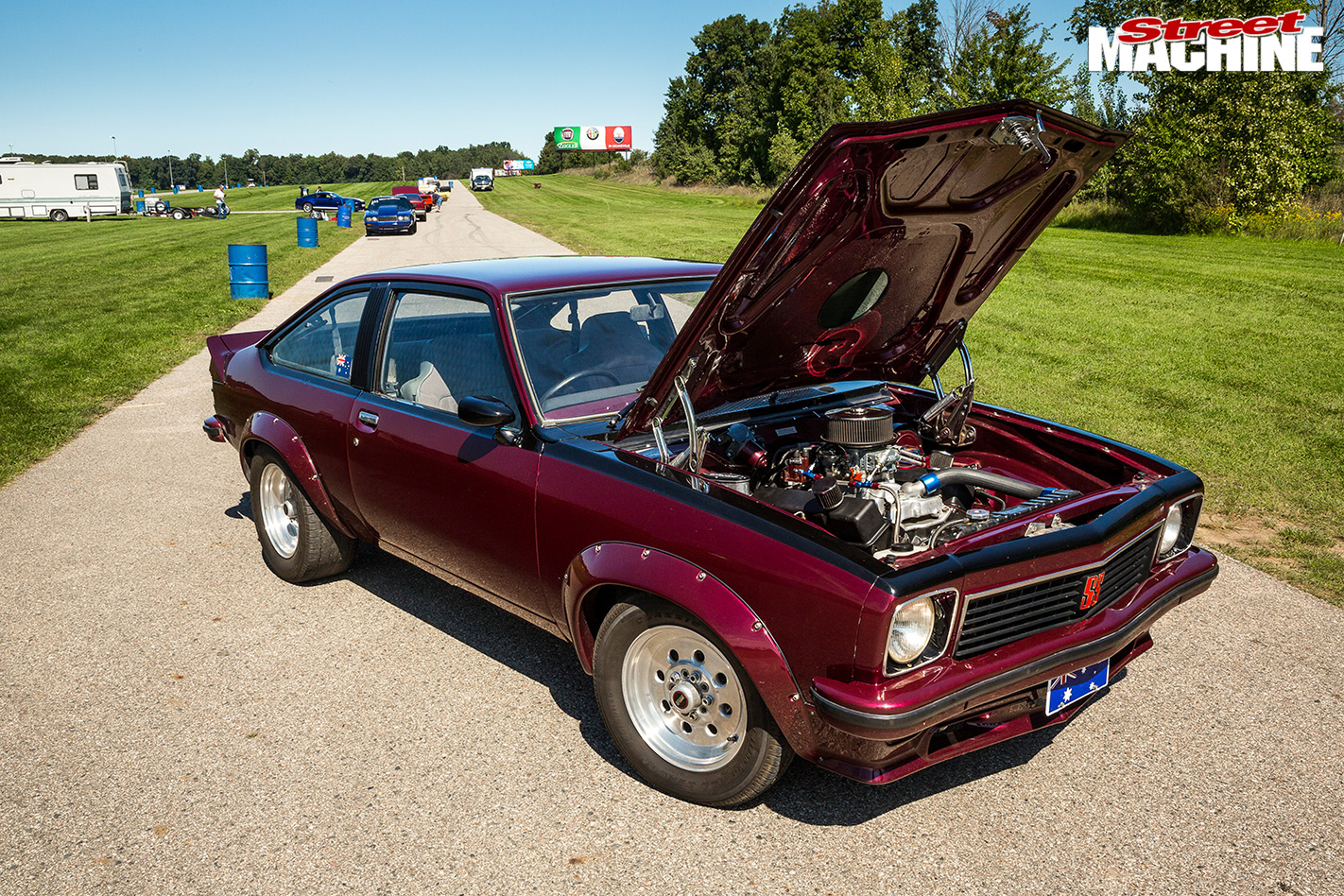 What a sight for sore eyes!

Yep, she’s a ’76 LX Torana hatchback with a 400ci small-block Chevy. I’ve got a couple of other Holdens too. There’s a ’73 HQ GTS coupe, a ’73 HQ ute, a ’64 EH Special and another ’77 LX hatch that looks pretty much identical to this one, but with a 202 in it. The ’76 [Torana] was the first Holden I bought over here. All these cars were already in the States; I got this and the Monaro from a guy in St Louis, the EH from California, the ute from a bloke in Texas and the other LX came from a guy in Indiana, only two hours away from here, believe it or not. 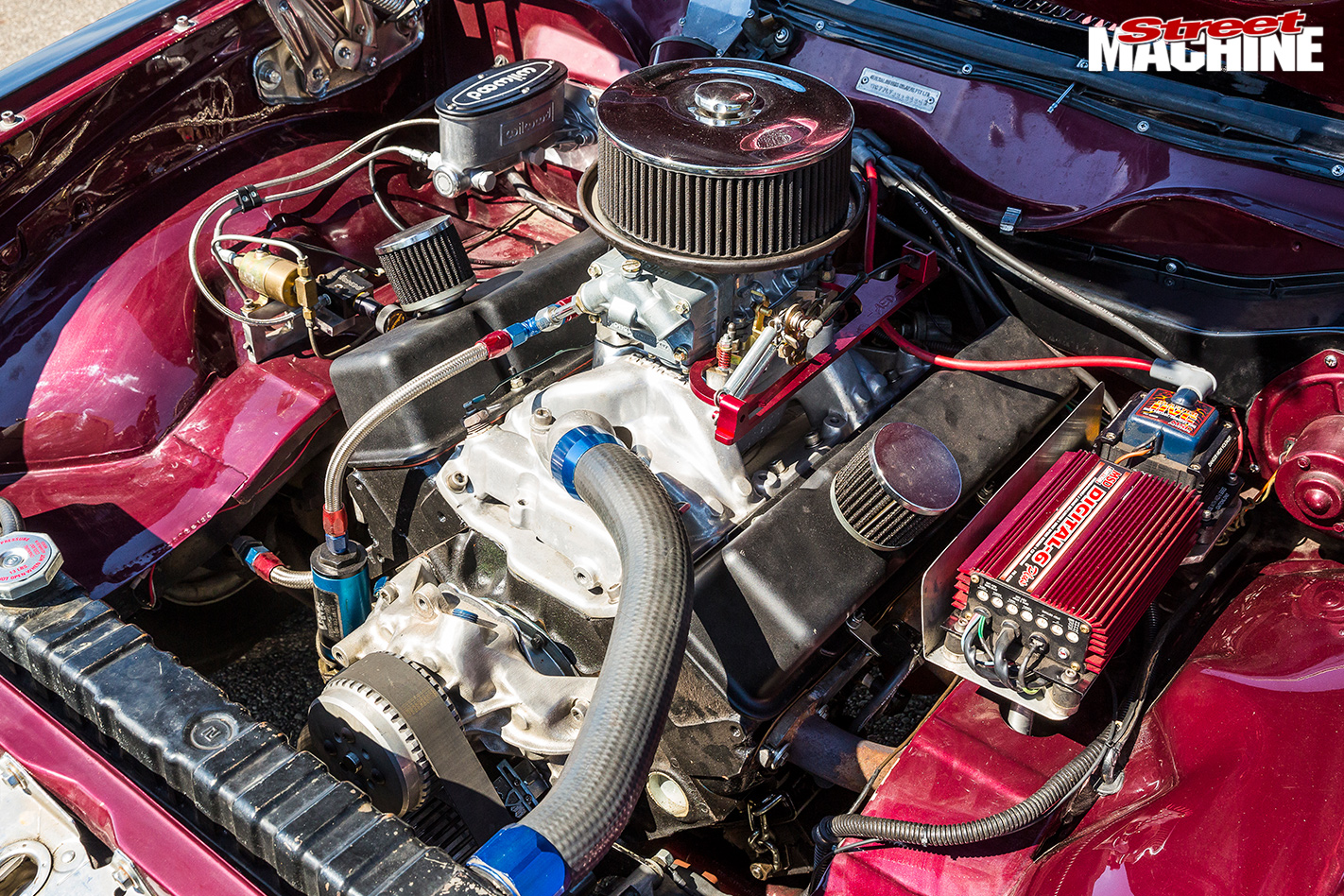 I moved to the States in 1998, so I’ve been here about 18 years now. I’m in computing and information technology and I live in the small town of Kalamazoo, Michigan, about 20min from here. Hope you didn’t blink when you went past; it’s very small! 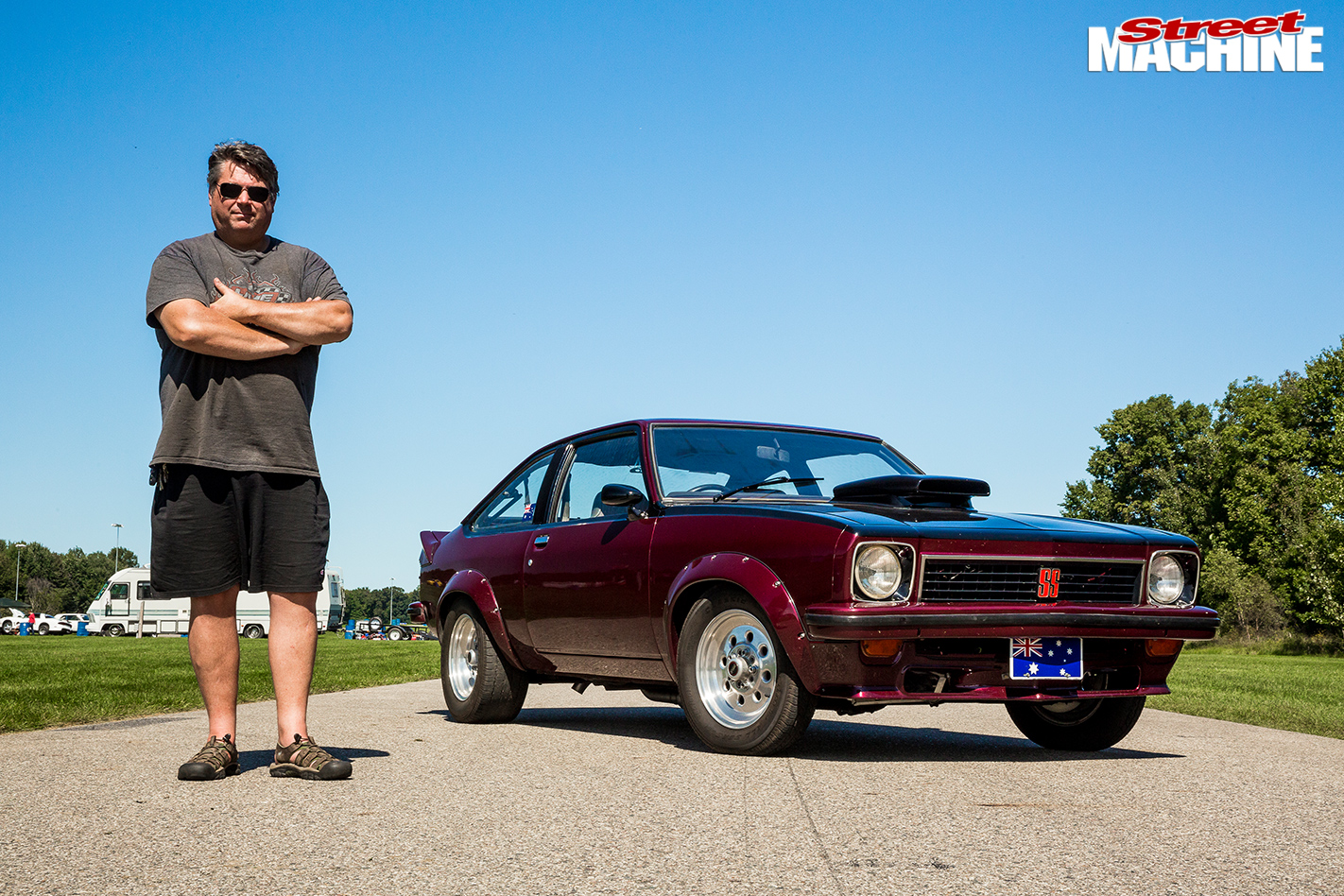 Is it comforting to have Aussie cars here?

I guess so. These are cars I could never afford to have over in Australia, but when they come over here they’re cheap. Nobody knows what they are and there isn’t really a market for them.

Yeah, I get the whole Chevy Vega lookalike thing [with the Torana], and a lot of people think the Monaro is some kind of Canadian Chevelle. Everyone always does a double-take. I have a seven-year-old daughter and I like to drive with her in the left-hand seat, the locals always get confused about who’s driving! 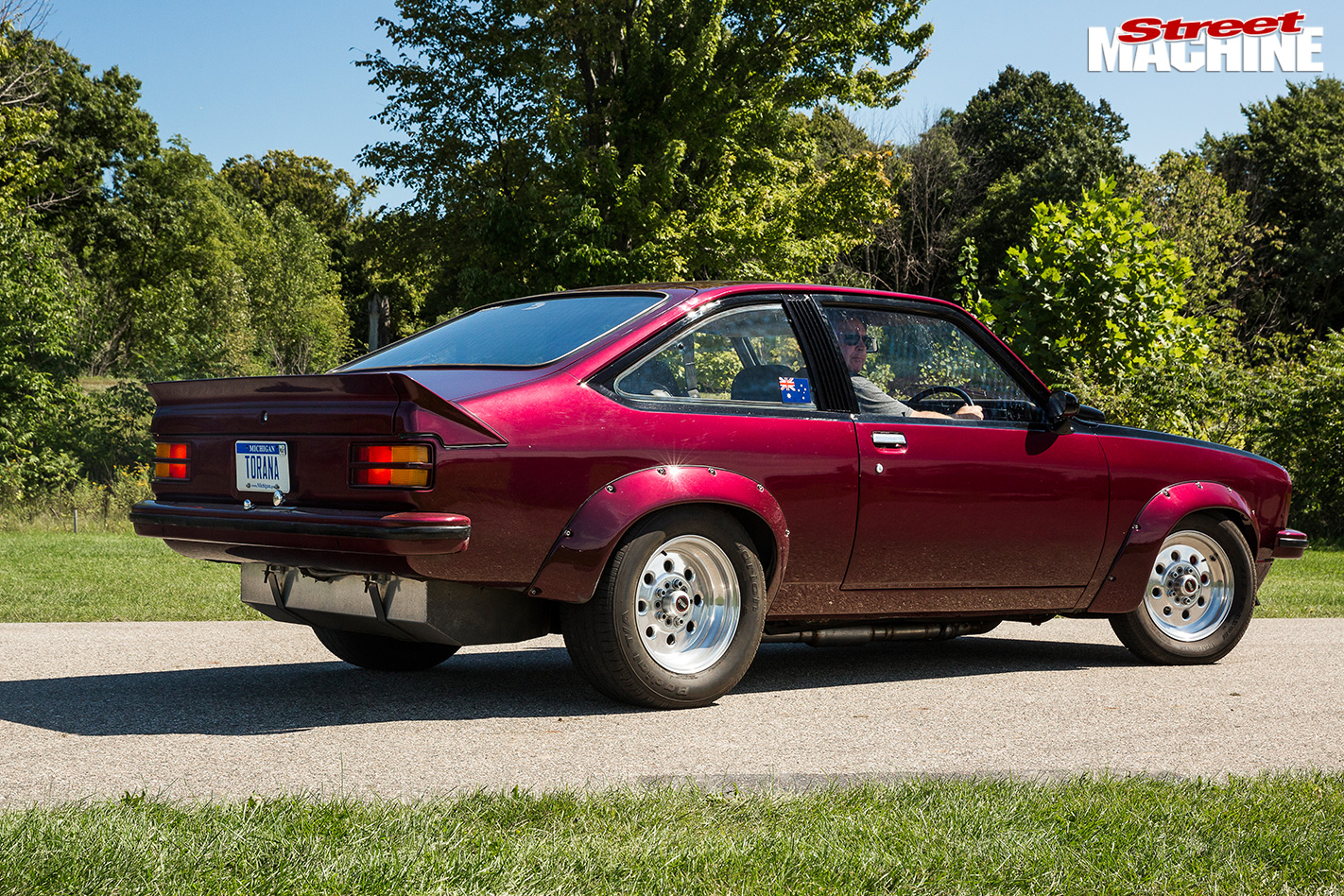 I’ve been following Drag Week for a couple of years and I knew there were Aussies coming, and it’s right in my backyard, so why not? I took the day off work and now here I am. I’m local and I’ve raced this track a lot. I used to drag the Torana; it ran low 12s with a transbrake and a spool diff in the back, but I’ve recently put it back on the street with a 4L60E.

Think you’d give Drag Week a crack yourself?

I dunno, maybe! The Monaro has a big-block Chevy in it and was running 10s before I cut it up. You’ve seen the [Trapnell brothers’ AGRO] HQ launch – it’s a little scary. With a chassis and rear end like that on a 10.5 tyre it’s a bit skittish, so I decided to do the full tube chassis thing on it. That was about five years ago, and I’m still working on it [laughs]. 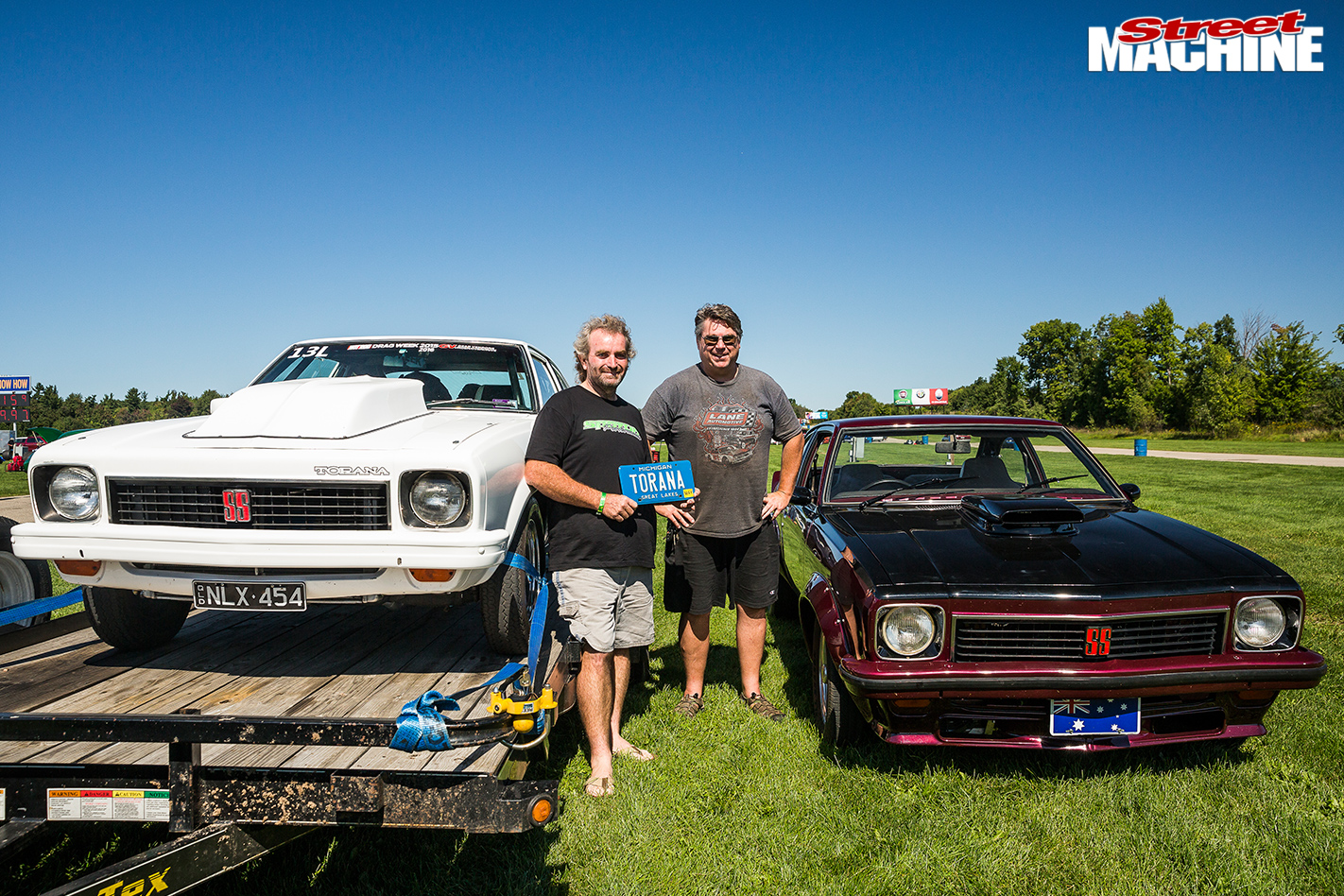 Any more Aussie classics due for your garage?

I think that’s it for now. I’ve seen a few for sale but I’ve had to pass them up. I’m running out of space!