ANYONE who spends a lot of time behind the wheel of a car or truck will tell you that decent entertainment is important. Good mates, good music and the summer ABC cricket coverage are all helpful in this regard, but I’m increasingly turning to podcasts as well. They are damn handy for isolation walks, too! The podcast ecosystem is something of a maze, so here are a few of our car-related faves to get you started. 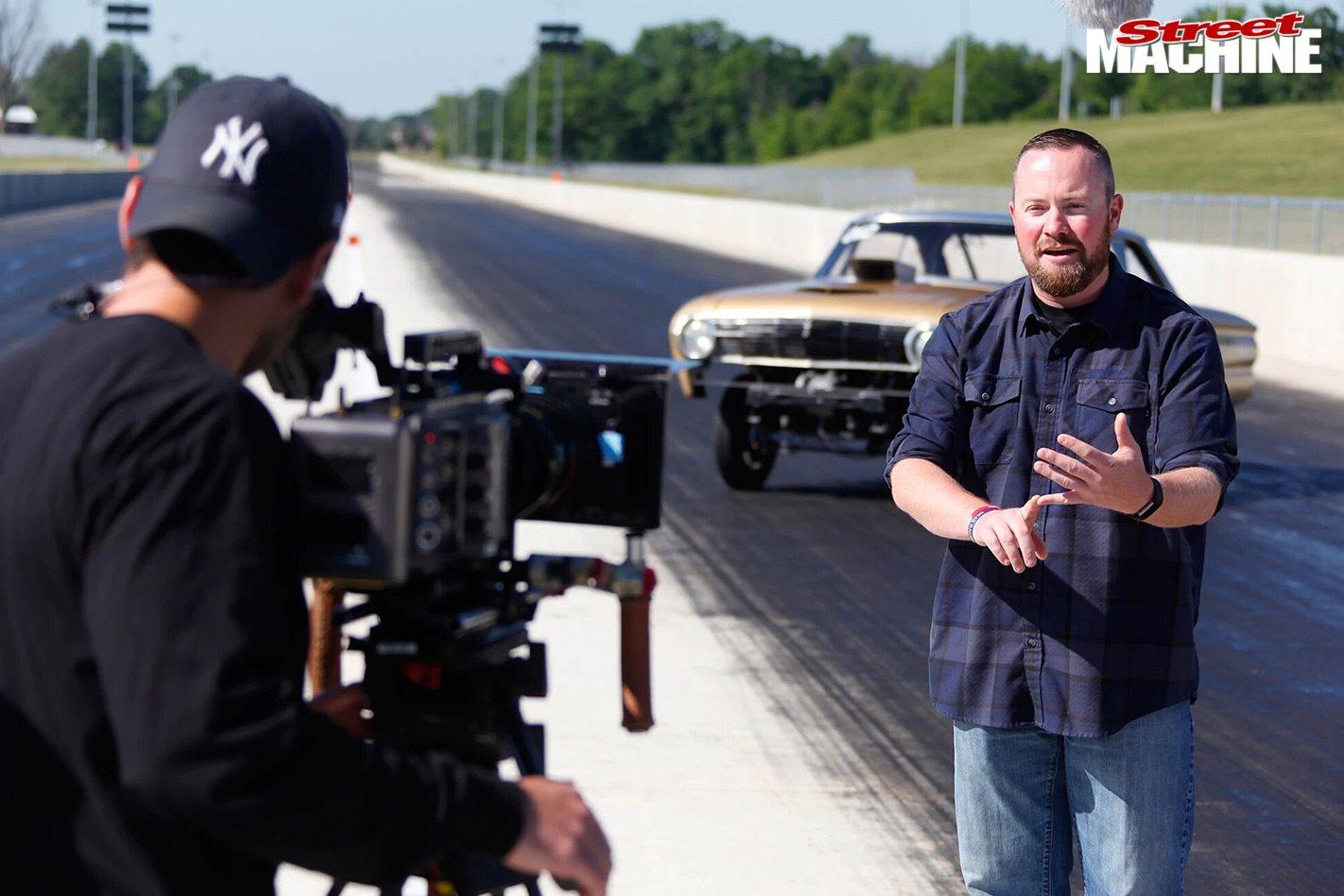 IF YOU enjoy tales of automotive derring-do, look no further than Brian Lohnes’s Dork-O-Motive. Lohnes wears many hats, including that of NHRA commentator for Fox Sports, editor of bangshift.com and host of Motor Trend’s Put Up or Shut Up series.

Dork-O-Motive combines Lohnes’s twin passions for history and motorsport to create podcast magic! Topics include Turbonique, a company that sold rocket-powered go-fast parts to civilians in the 1960s; Broadway Freddie DeName, a Mafioso who doubled as a professional killer and wildly amateur funny car driver; and the incredible story of how NASCAR great Fireball Roberts almost won the 1962 24 Hours of Le Mans in a Ferrari.

Each episode is impeccably researched, and, where possible, features Q&A sessions with first-hand witnesses. So far, Lohnes is pounding out instalments with impressive frequency – let’s hope he can keep it up right through these days of COVID-19 isolation. 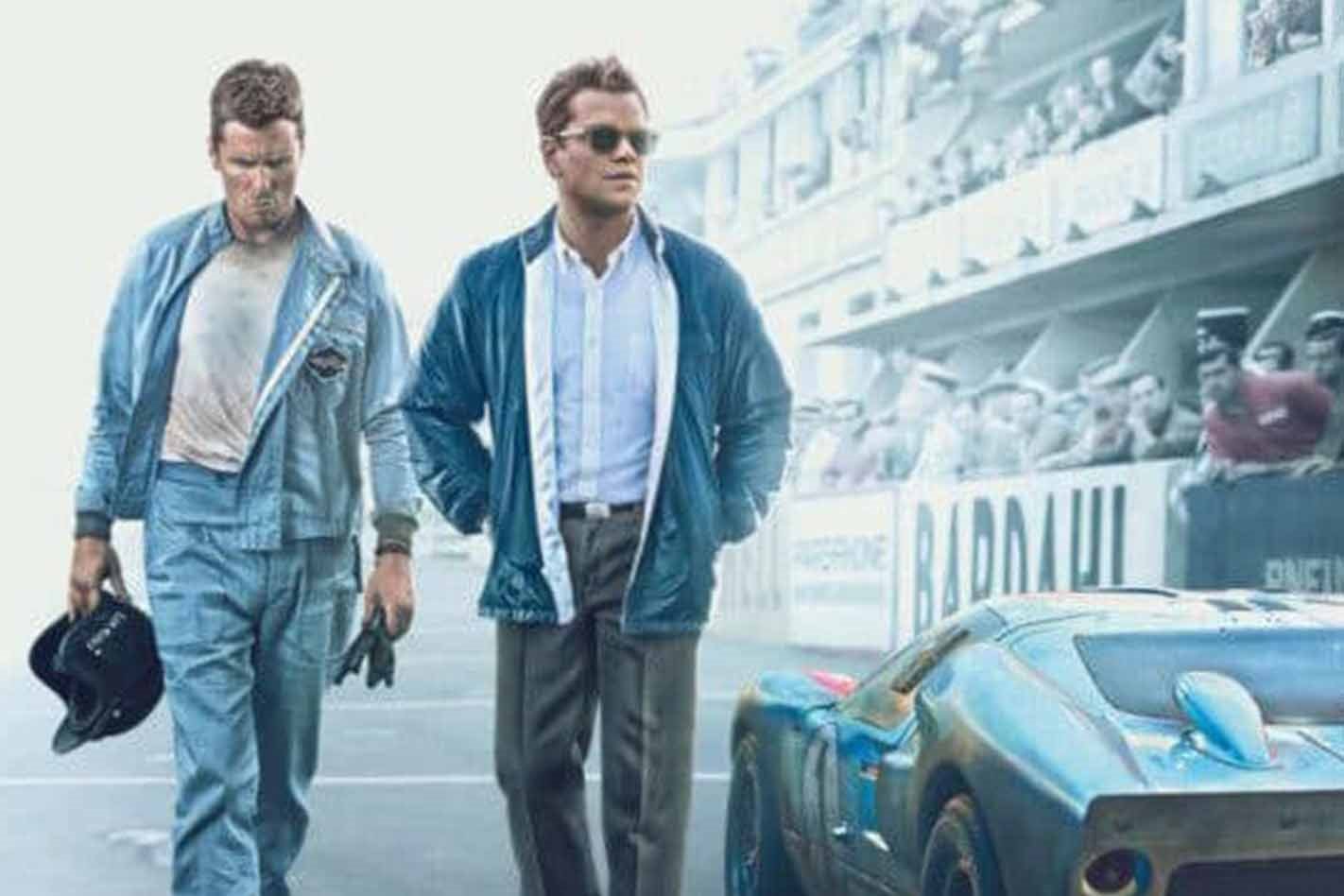 SPIKE Feresten is an American writer and comedian who has written for Saturday Night Live, The Late Show with David Letterman, The Simpsons and Seinfeld. He’s also a massive car geek, and co-hosts Spike's Car Radio with Paul Zuckerman. The conceit of the show is that the audience is listening in to Spike’s usual Saturday morning cars-and-coffee meet-ups with his famous mates.

Spike and Paul are massive Porsche fans and have regular access to whatever new exotica takes their fancy. Their LA-guy banter may not be for everyone, but where they really shine is their stellar cast of guests, including Jerry Seinfeld, Magnus Walker and Tony Hawk. Feresten even got Matt Damon and Christian Bale on the show to talk about Ford v Ferrari. 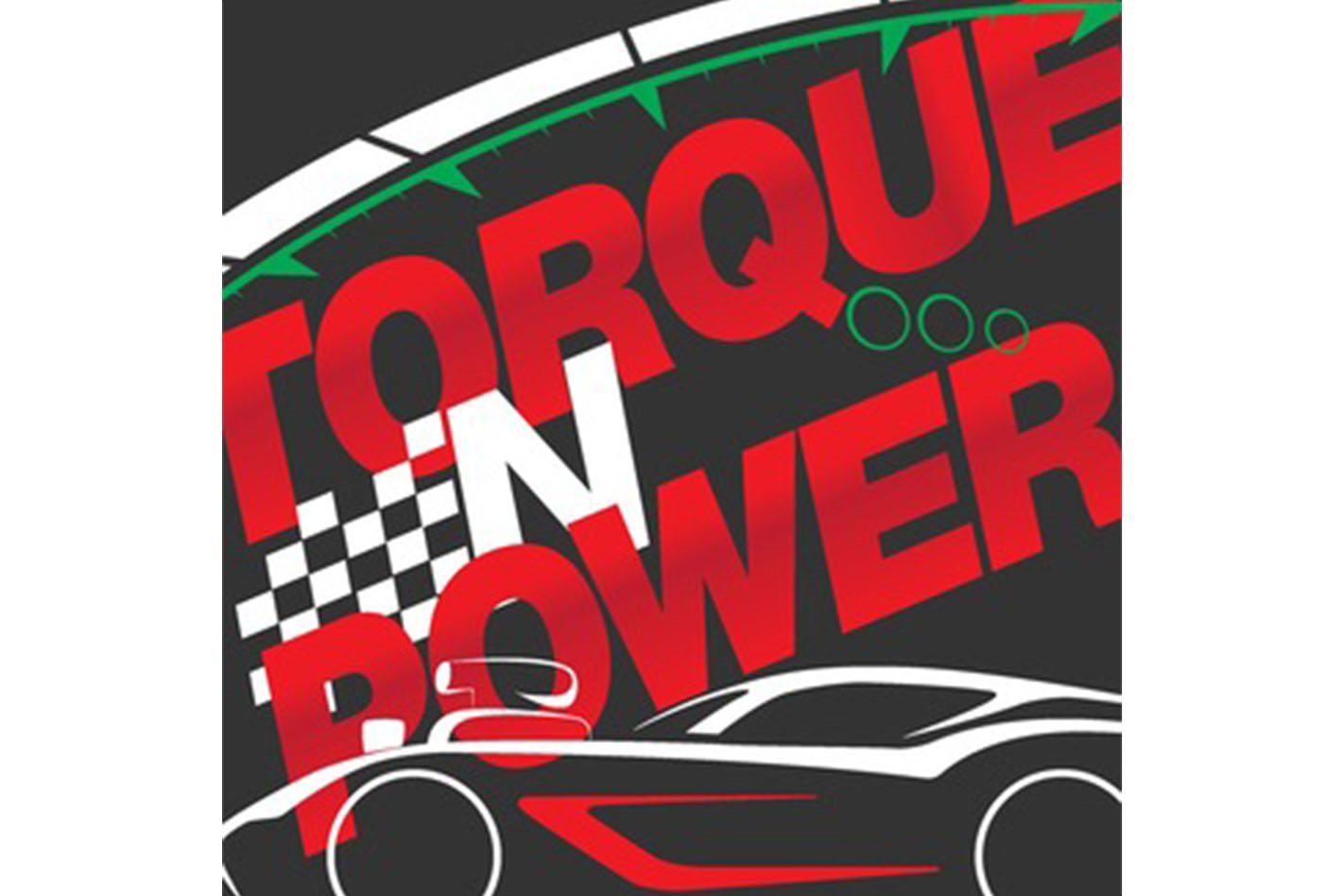 WE ALL love discussing car-related shenanigans, and few are better at that than the trio from the Torque N Power podcast. Nick Dicembre is the podcast’s founder, and he is joined by Simon Travaglini, the wizard behind WA’s Allfast Torque Converters, and Todd Brinkworth, a man well-versed both in going around corners really fast and taking photos of cars doing so.

The boys often sit down with special guests to discuss all things cars and racing. Recent guests include former WRC driver Alister McRae, young drag racing sensation Emma Begley and land speed record holder Rosco McGlashan, and our own Boris Viskovic among many others. It isn’t just a simple Q&A format, though; the boys dive deeper and have real-world conversations about what makes cars and the people behind them tick. 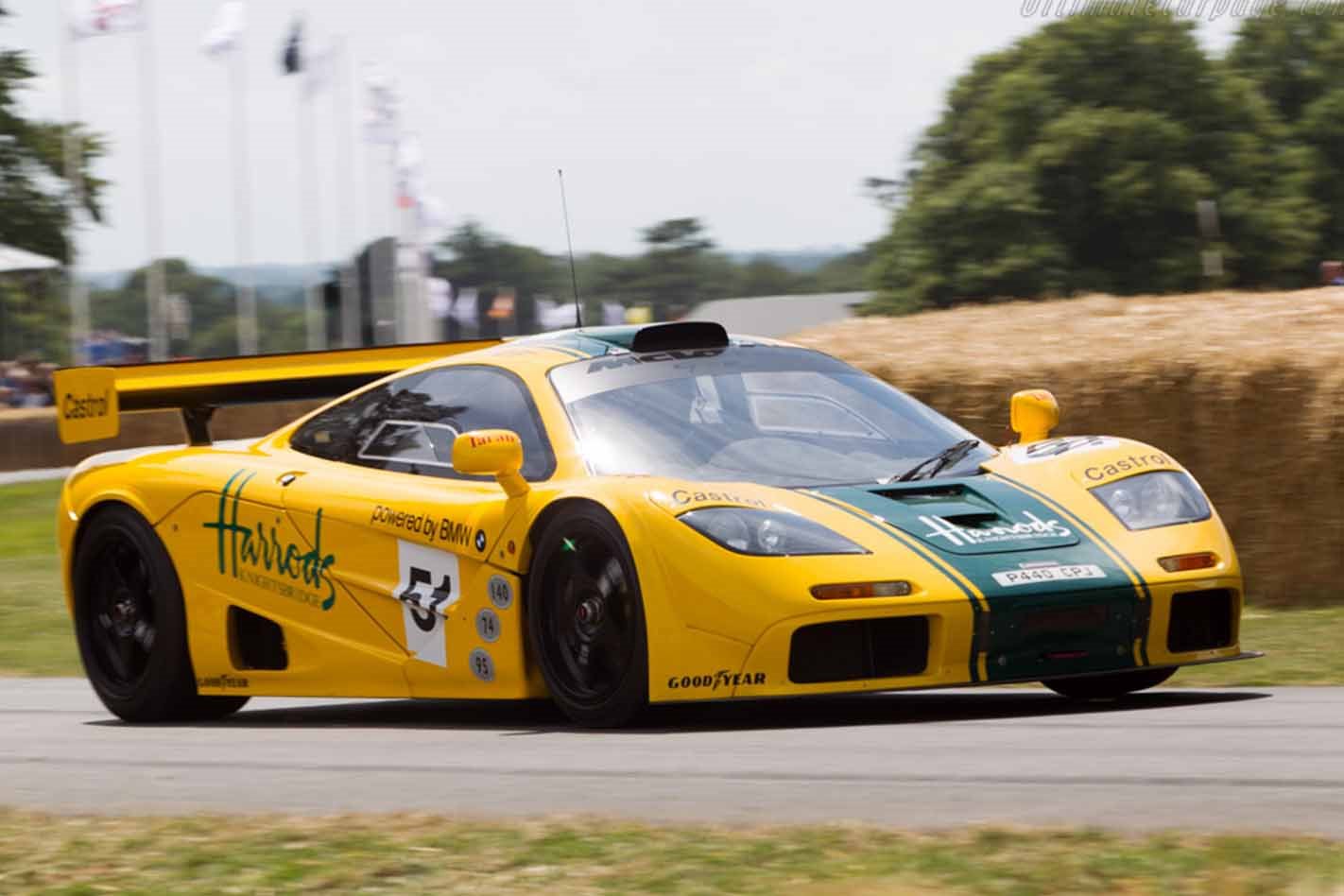 THE Collecting Cars podcast was founded by Pomgolian Edward Lovett, who runs an online auction house of the same name. His co-host is Top Gear presenter Chris Harris. The pair have opinions on everything and the knowledge to back it up. But again, it is the guest list that elevates the show to the greatest heights. We’re talking people like Martin Brundle, for Chrissakes – but some of the less well-known names are equally revealing. Their chat with David Clark, former director of the McLaren F1 road and race car programs, is an amazing window into an incredible time in motoring history. 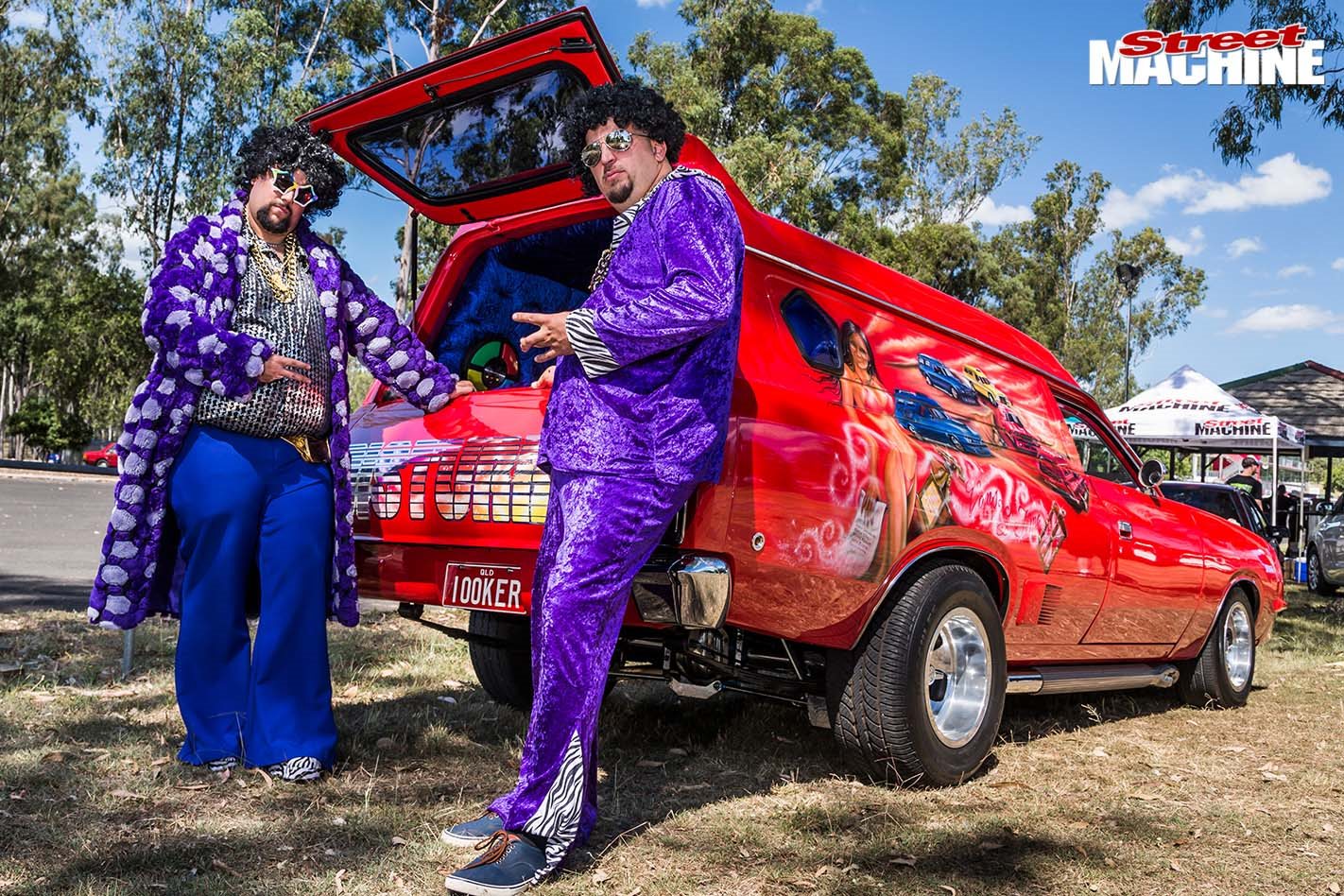 BILLED as “Australia’s only dedicated street car podcast”, The Thongslappers consists of two guys making a lot of noise, but going nowhere fast – namely Street Machine scribbler Simon Major and SM super-fan Redmond. The pair discuss each new issue of SM (which they dub Bible Studies) and their own projects (Domestic Bliss). Simo and Red also look back at their Gen-X upbringing, one year at a time.

Guests have included Andrew Broadley and Paul Cronin from Street Machine and Ben Hewlett of Running On Empty Festival fame. Simon’s other half, Saint Lucy, also makes the occasional appearance in the Thongslappers’ podcastle.

The ribald humour of The Thongslappers recalls the vibe of Van Wheels, early Street Machine and Street & Custom mags, but what is really amazing about the podcast is the fantastic community that has grown up around it, particularly on Instagram. Five stars! 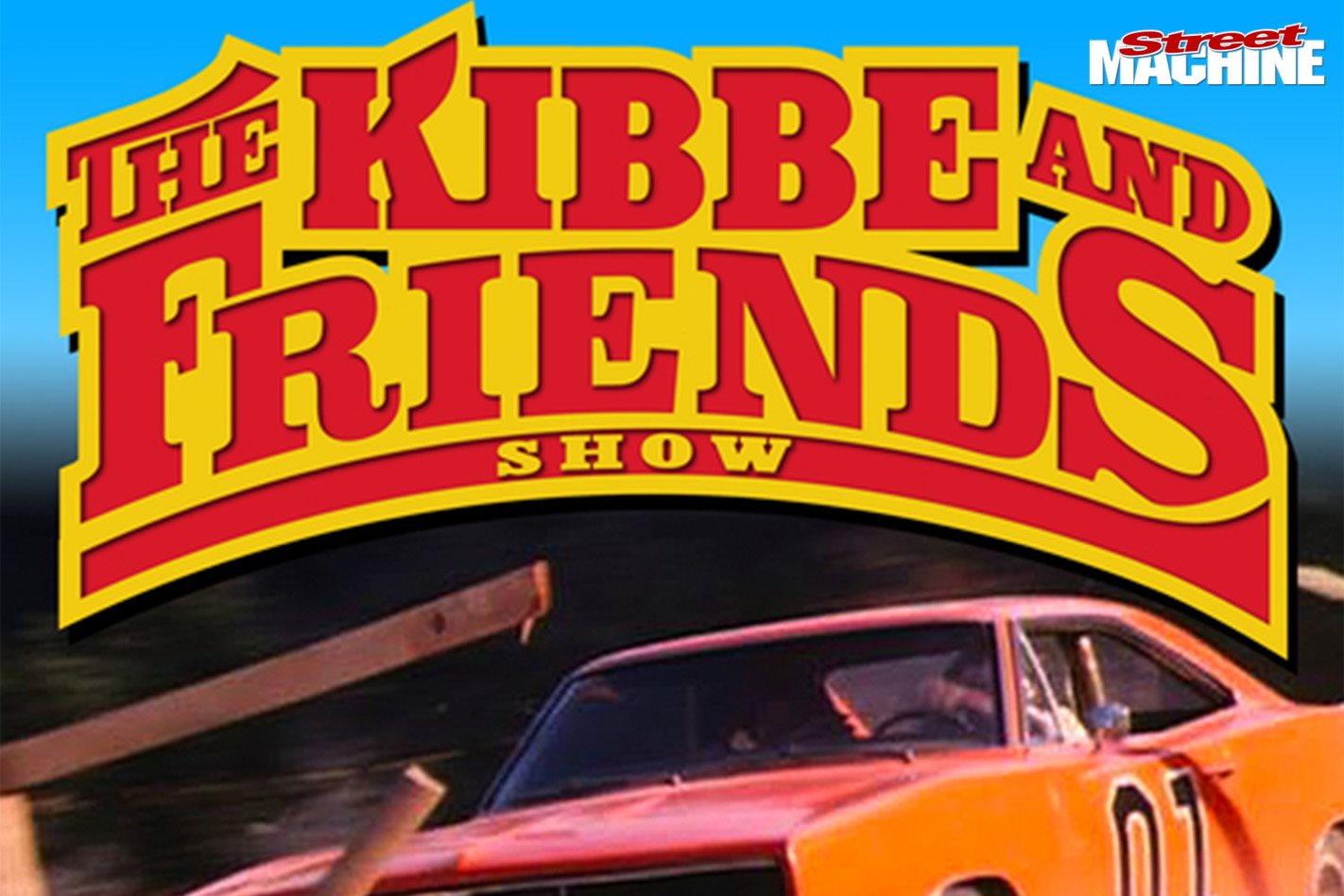 ORIGINALLY known as The Kibbe & Finnegan Show (see below), the podcast had to change its name when Robert Kibbe’s co-host Mike Finnegan decided to pull the pin after 96 shows. Kibbe is now joined by new co-host Justin ‘Corndog’ Cornette, along with producer Bernie McPartland. Corndog is an expert on all things General Lee and a familiar voice to the fans thanks to regular guest appearances on The Kibbe & Finnegan Show. The revamped show sticks broadly to the original mix – Dukes of Hazzard news and reviews, car flick reviews and plenty of banter. Lots of fun, and if you miss Finnegan, he made a special guest appearance in the latest show. 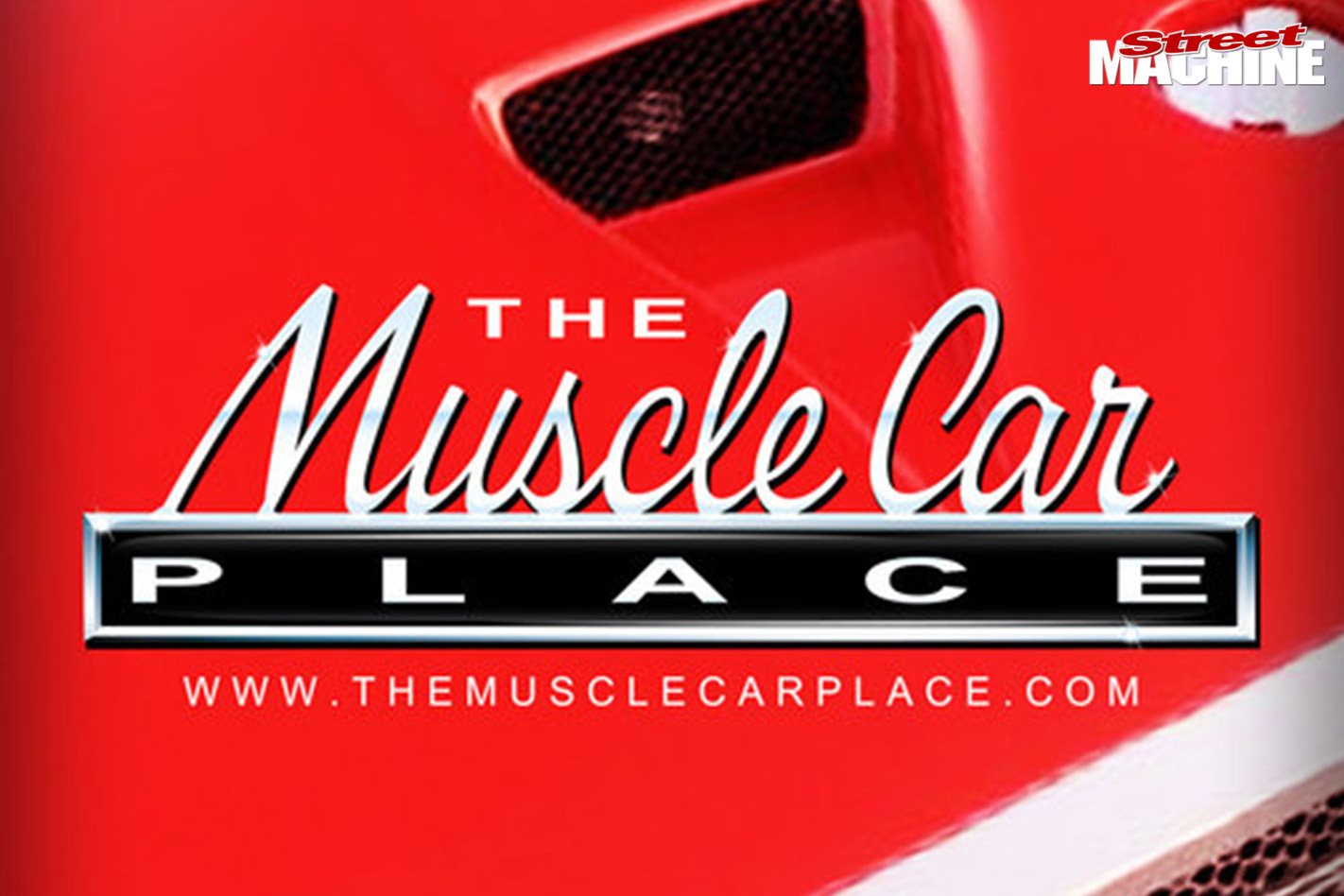 ROB Kibbe’s other podcast is the long-running The Muscle Car Place. Produced weekly, TMCP is a masterclass in how to run a professional podcast. Each episode, Kibbe chats with a member of the aftermarket industry and elicits a tonne of great insights for punters and professionals alike. Topics have included how to become a professional drifter, how to invent and develop new products, Knight Rider history, bolt-on suspension upgrades and much more. 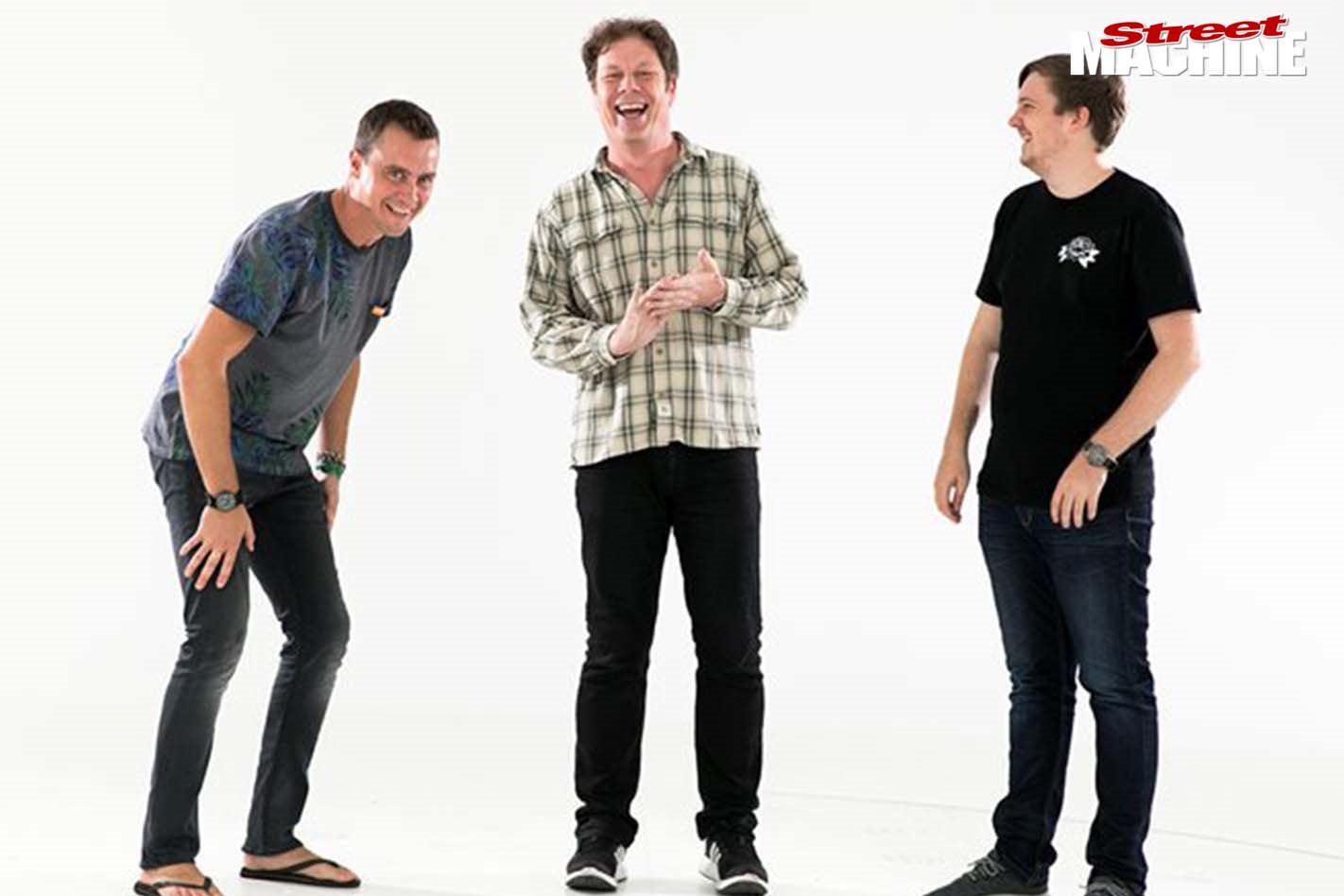 OUR own WhichCar Weekly podcast was born from the ashes of MOTOR’s Performance Car Podcast (see below). This weekly show is hosted by WhichCar senior journo Dan Gardner, MOTOR’s associate editor Scott Newman and Wheels deputy editor Andy Enright. The lads discuss the automotive news of the week, give us the inside scoop on their own adventures, and have regular guests from within the WhichCar network and beyond – including our own Scott Taylor!

Here are some other favourite podcasts of mine that are no longer being made, but most of them still make for some good entertainment from the archives. 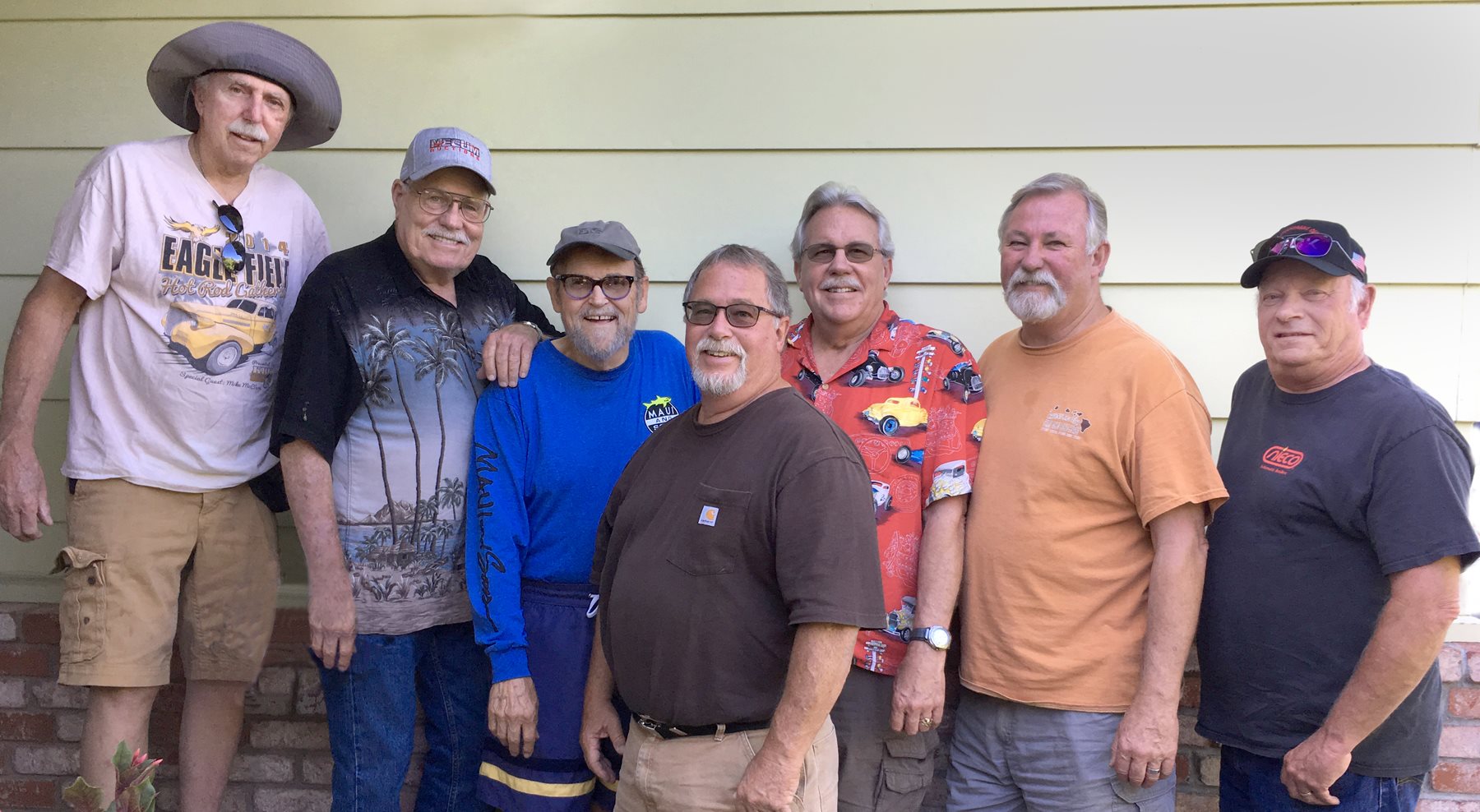 DAVE Fetherston has published more than 40 automotive books over a distinguished career that has also included regular contributions to Street Machine. His latest venture is Hey Dave Tell Us Another Car Story, which he describes as “a collection of automotive, aviation, boat and train yarns for baby boomers”.

Dave is joined by a regular crew of buddies that include a retired professor of archaeology, a former GM designer and a guy who builds Top Fuel engines! You may also hear legendary hot rod builder Vern Tardel on the show from time to time. The result is an entertaining window into automotive adventures from times gone by – both in Australia and the US. 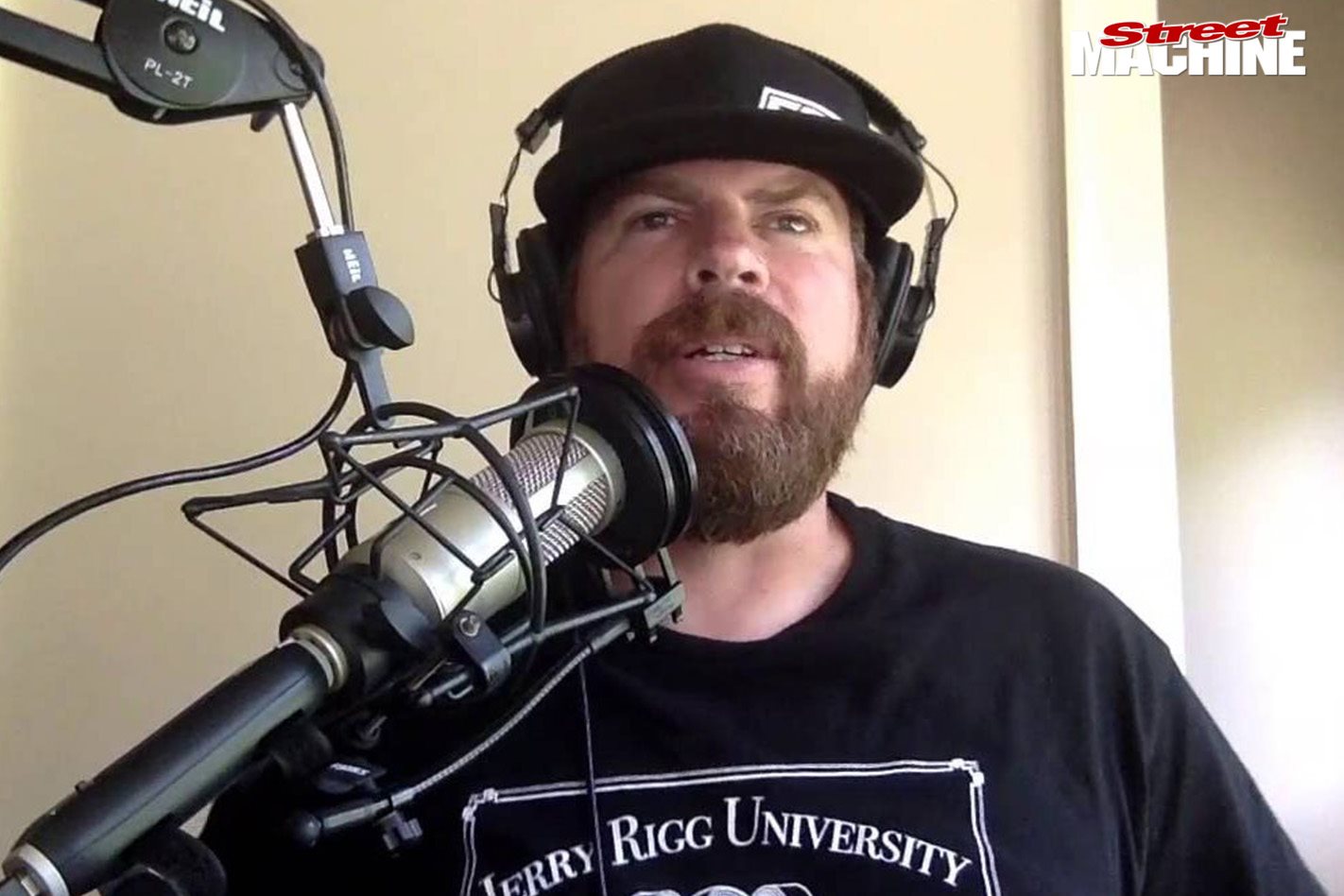 I LOVE Roadkill, but I don’t get a lot of time to sit down and watch the show. However, I did regularly enjoy The Kibbe & Finnegan Show podcast, which stars Roadkill’s Mike Finnegan and Robert Kibbe, who has his own long-running podcast, The Muscle Car Place.

The basic conceit of the show is that each instalment, Mike and Robert review an episode of The Dukes Of Hazzard. This is invariably funny stuff, as they geek out over the finer details of that classic piece of early-80s TV.

Now a podcast purely about The Dukes Of Hazzard might seem a tad limiting, but in fact, it really just offers the duo an excuse to talk about cars, family and pop culture for an hour or so. Besides his Roadkill antics, Finnegan has a heap of cool projects and races boats, while Kibbe does the autocross thing in a ’66 Nova.

The guys have a great rapport and between them, a great store of anecdotes. They’re also relentlessly upbeat, so if you are feeling a bit flat, an hour with these two should get you smiling. 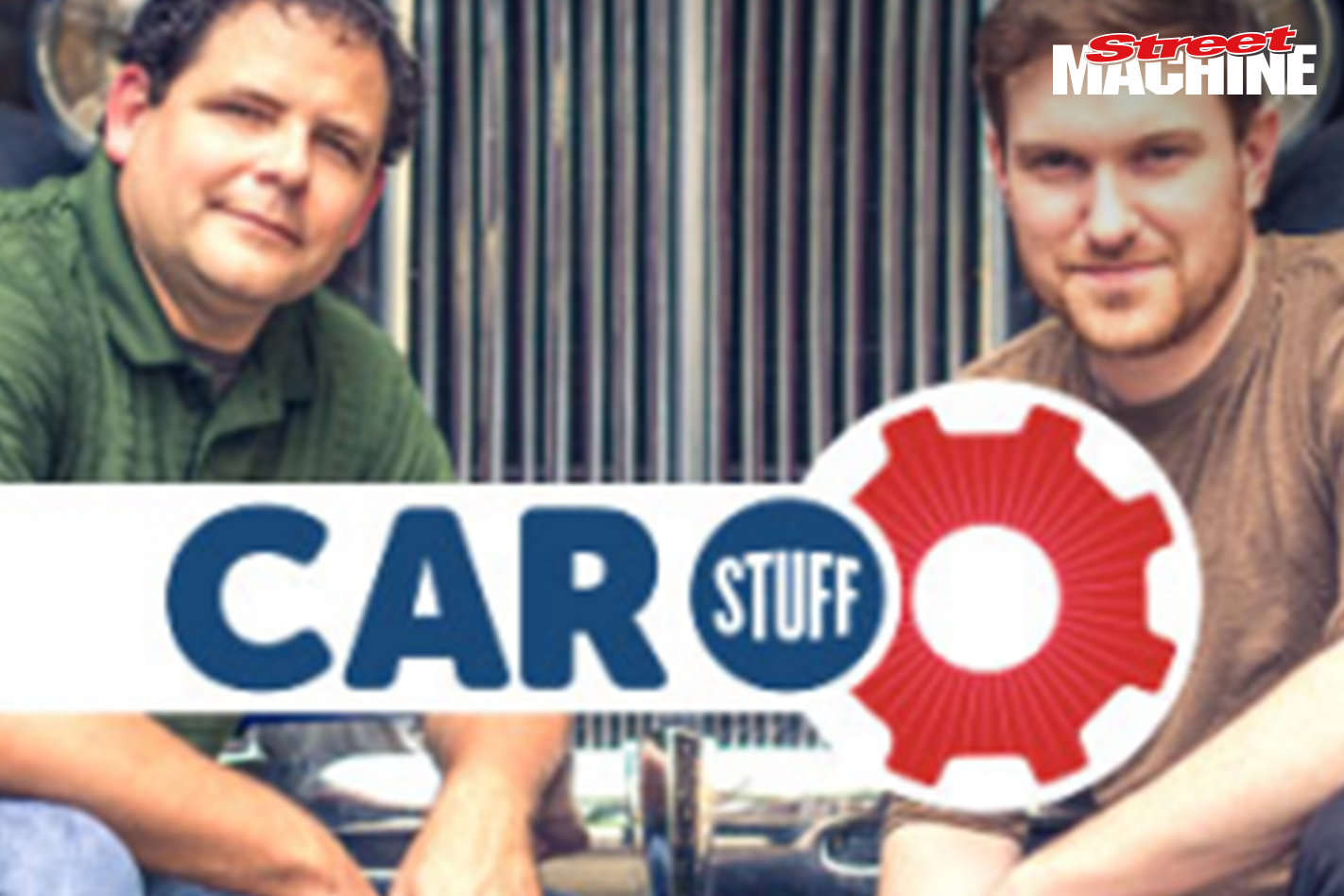 FROM howstuffworks.com comes the Car Stuff podcast, hosted by Scott Benjamin and Ben Bowlin. If you need entertaining car-related history stuff for long road trips, this is the place to come. They have 300 episodes to their name, with topics including the story of the Kurtis Kraft midgets, the 10 Most Terrifying Manufacturing Defects, how to store a car long-term and even the history of our own Bathurst 1000, which is fun if only to hear how the guys pronounce ‘Mt Panorama’. 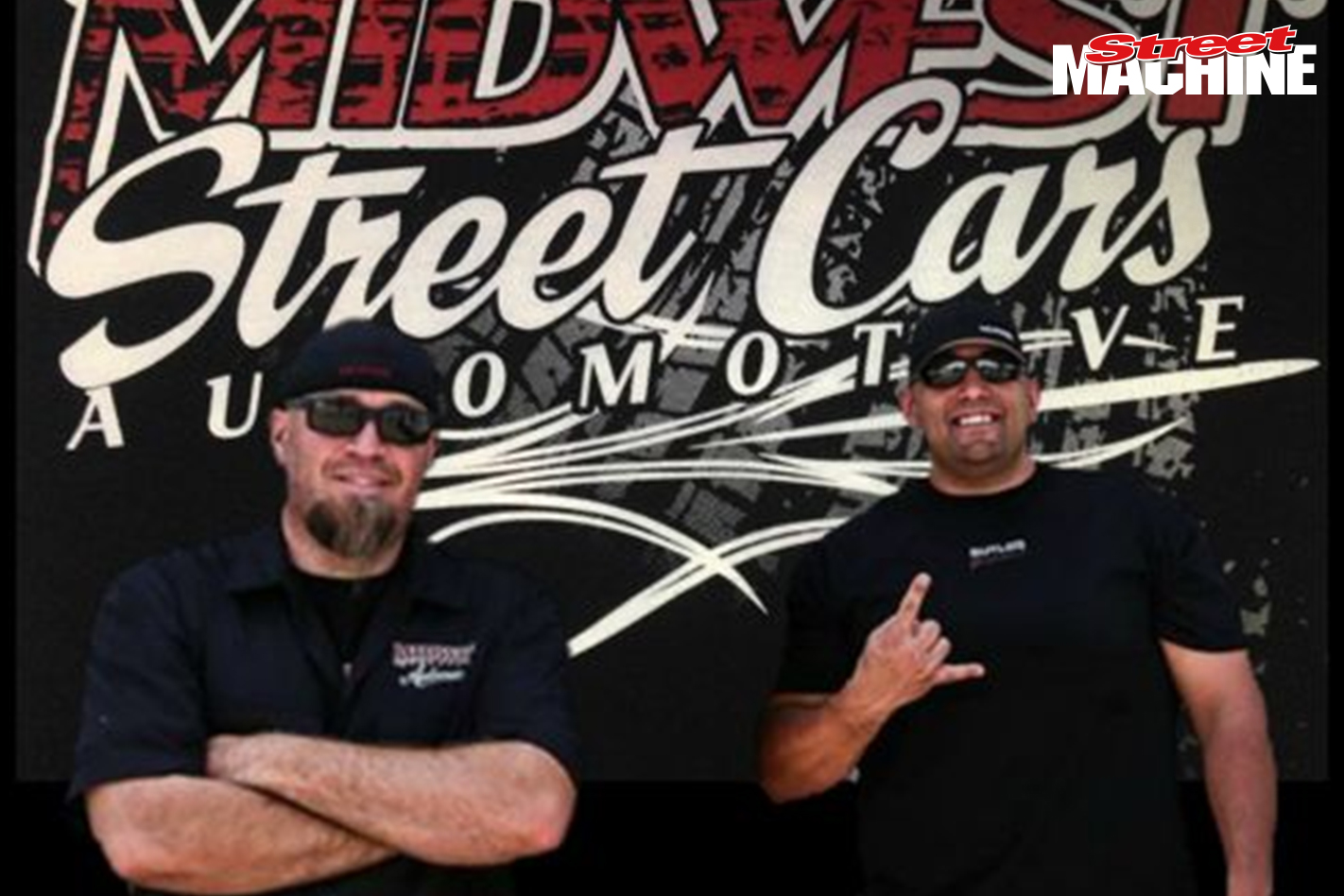 In this podcast, Justin ‘Big Chief’ Shearer and Shawn ‘Murder Nova’ Ellington give listeners lots of juicy background gossip about Street Outlaws, free of the restrictions that TV producers and editors place on them. That’s something fans of the show will really appreciate, because Chief and Shawn do a great job of peeling back the curtain and providing an expletive-laden, warts-and-all account of what really goes down in the 405 once the cameras stop rolling.

The pair have been best mates since long before Street Outlaws was a thing, and it shows when you tune in to the podcast. Nothing is off limits, and it feels almost like you’re pulling up a bar stool next to Chief and Shawn and eavesdropping as they shoot the shit, most often with a special guest or two. 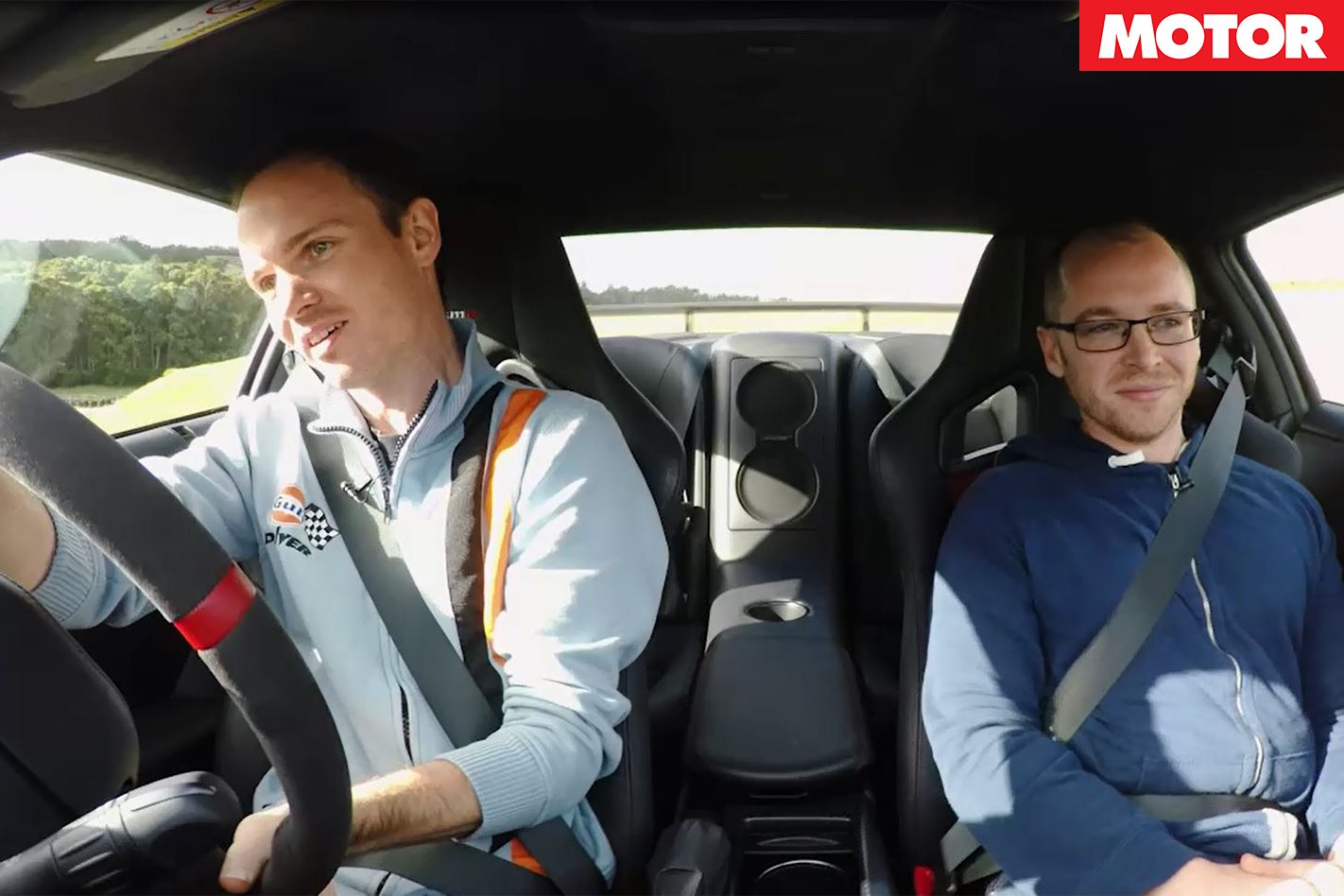 OUR mates at MOTOR used to have their own podcast, which saw editor Dylan Campbell and associate editor Scott Newman cruise around in high-powered performance cars and discuss. These guys are seriously geeky about their cars and they get to drive some totally epic automobiles hard on a regular basis, so they know their stuff.

It was a great way to learn the ins and outs of the performance car world, and although the podcast is no longer around, it laid the foundations for the WhichCar Weekly podcast (see above), with Scott Newman being a regular on that show. 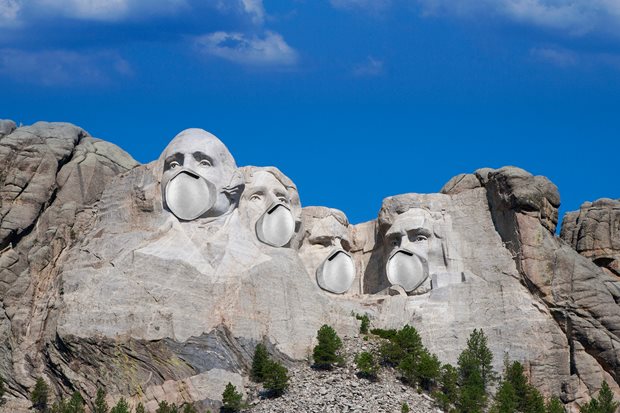 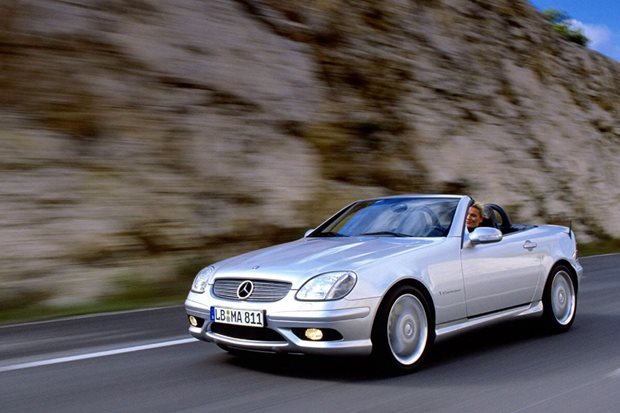 Vehicles we would love to hate but can’t, and one we all love unconditionally 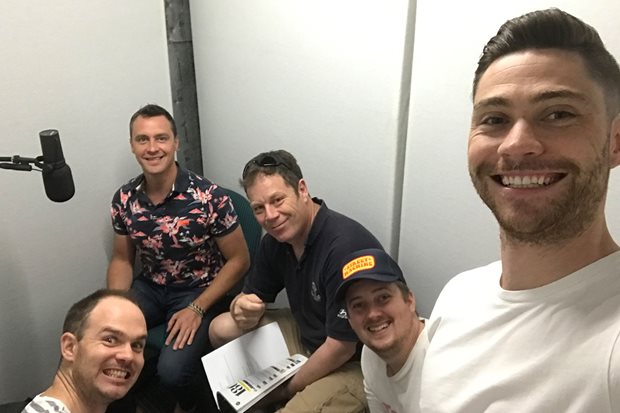