WE FIRST encountered Port Adelaide footballer Charlie Dixon at Street Machine Drag Challenge 2018, where the two-metre-tall forward folded himself into Frank Marchese’s XW Fairmont for the week. History shows that the team won the event outright on their first attempt.

“It was an awesome experience,” says Charlie. “Frank and I had been chatting on Instagram for a while and he invited me to hang out on DC. I thought I’d do a bit of filming, but man, we worked hard from the very first night.”

The next time we ran into Charlie, he was in the driver’s seat of his CV8 Monaro at the 2019 Holden Nats. The stick-shift, single-turbo Monaro is a beast of a thing, making 860rwhp.

Charlie’s CV8 is a bit of an all-rounder, with a single-turbo LS, six-speed manual and Castlemaine Rod Shop 9in rear. “I like the drags and roll-racing, but I enjoy track days too, so I’m going to keep the manual as long as I can,” he says. “At some stage I’ll have to go auto and fit a proper ’cage to it though, so I can get the most of out of it at the strip”

His current project, however, is a Ford – namely a ’67 F100 that has kept him occupied during the past couple of months without footy. “This one is going to be my daily driver,” he says. “I want something that I can use to tow with, throw some stuff in the back and have a bit of fun with.”

The Miami swap looks to be a good one, aside from issues with the steering box fouling on the extractors. “I drove the donor car around for a while and it went hard,” says Charlie. “I think a pulley kit and decent fuel system will be all I’ll need”

What makes the project extra-cool is the driveline: a supercharged Miami V8 pulled from an FG GS Falcon ute. “The ute was a repairable write-off; it was a pretty good thing,” Charlie says. “I’m taking the motor and selling off the rest, including the auto, because I prefer manual cars.” 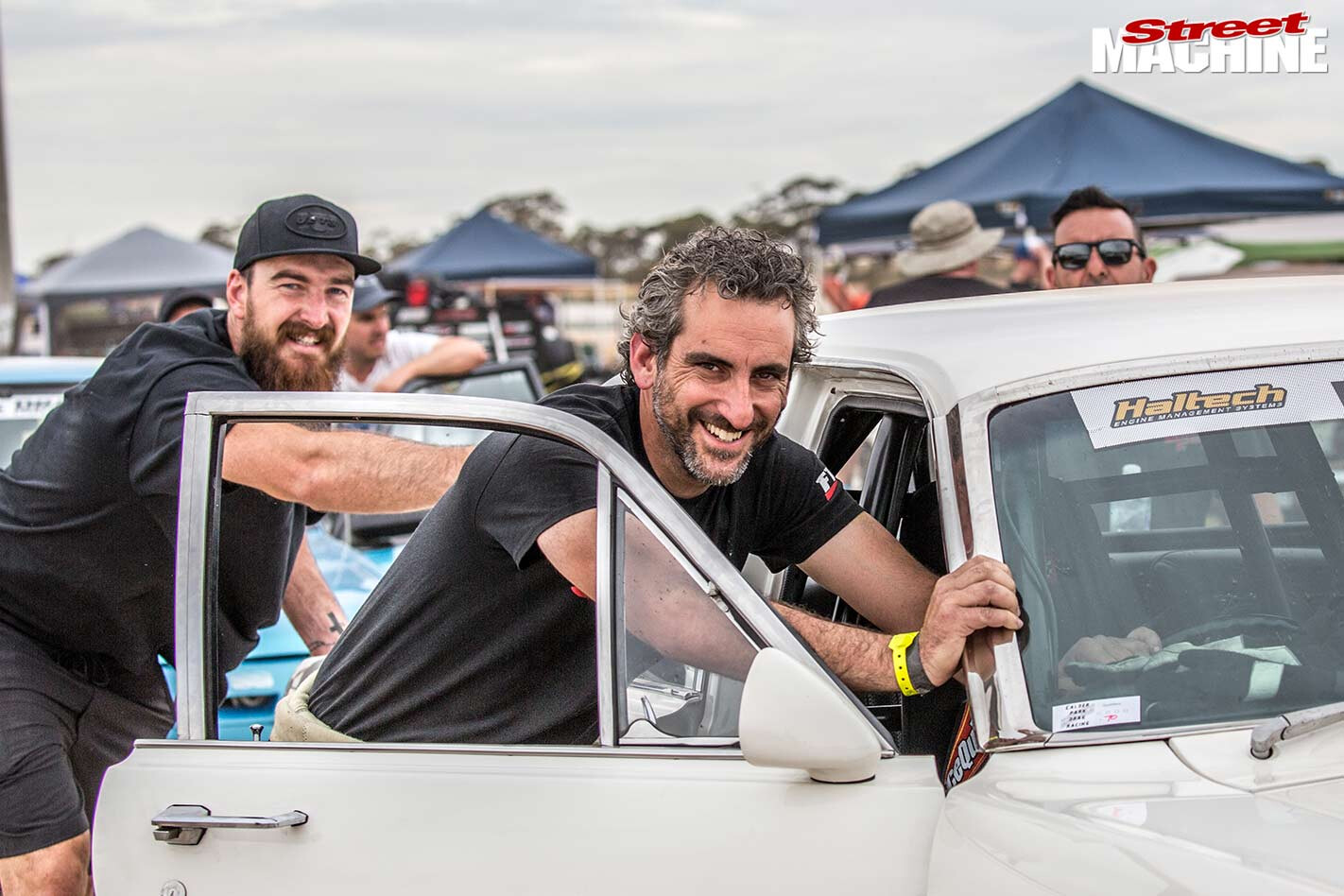 Drag Challenge 2018 was a baptism of fire for Charlie in terms of seeing how a top-end street-car operation works. Next time he’s at a DC, it will be in one of his own rides!

You can check out the progress of the build on the Charlie Dixon YouTube channel, including the swap set-up and suspension work that has been going on at Tuff Mounts.

“The Miami seems to fit really well,” says Charlie. “The only real issue is that the steering box fouls on the extractors, so the guys from RetroRack are going to sort something out for me there.

“I haven’t gone for anything too exotic with the suspension, just a diff flip kit at the rear and dropped I-beams up front.”

As you can see from the concept drawing, Charlie is going for a satin-white paint scheme with gloss-black bumpers.

“I started stripping the body myself,” he says. “After a while, I listened to everyone who was advising me to get it blasted, so I took it to Blast Worx and they did a great job. Now I know exactly what we’re dealing with, so The Glynde Garage is going to fix the rust and get it painted now that I’m back playing footy again. I’m hoping I can get the car on the road by the end of the year.

“It has been great having the cars to concentrate on during lockdown,” Charlie says. “I’ve got a lot to learn still, but I love jumping in and having a go at anything. The planning, problem solving and parts chasing is fun.”