WEST Coast Nats took over Perth’s Barbagallo Raceway last month for a one-day skid-fest, featuring burnouts, track cruising, powerskids and some of Western Australia’s toughest cars. Now the fourth running of the event, there was a big field of entrants keen to demolish tyres on the race track and skid pan. 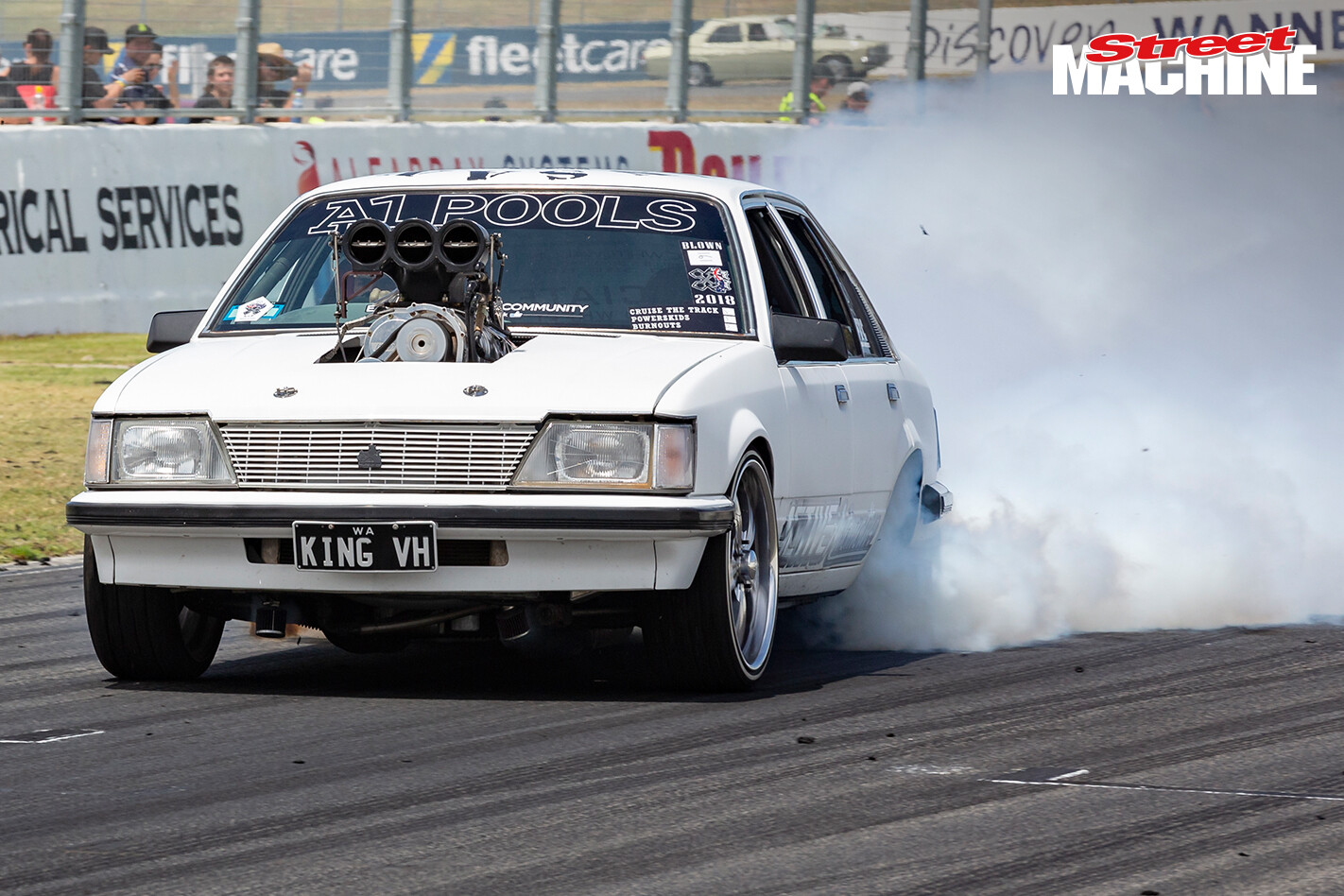 The powerskid comp was a big attraction, with a bunch of street cars and burnout cars giving it a crack. Mick Hamon in WIDEOPEN and Jason Rapoff in KING VH both put in a huge effort, but in the end a street car took the trophy. Jamie Showoff’s VE HSV runs a 1400rwhp, 403ci turbo LS combo that put the blown boys to shame, easily smoking the entire straight. 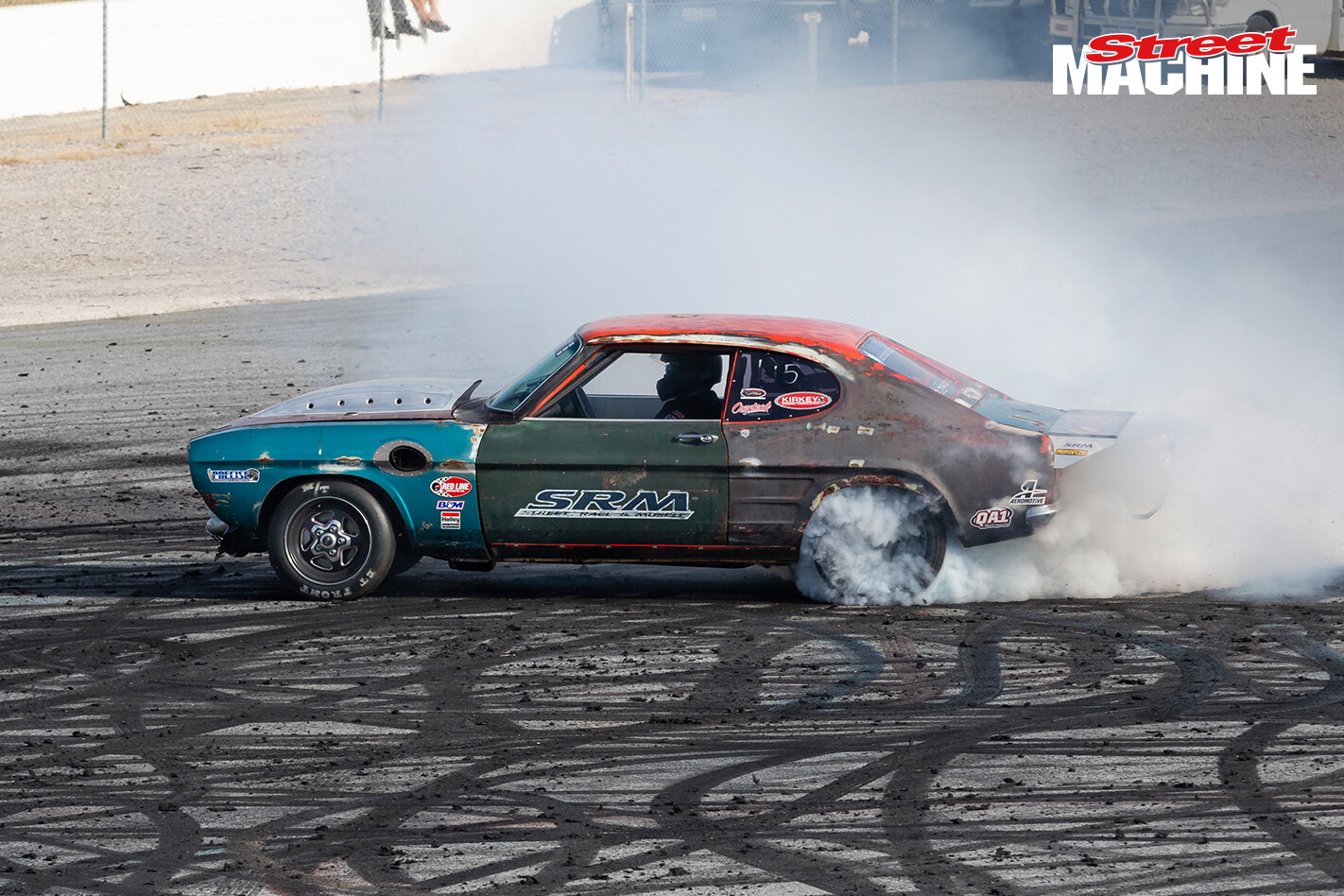 Over in the burnout comp there was a great variety of cars competing, with everything from dedicated skid rigs to street and drag cars. Clint DiGiovanni had a crack in his Capri known as TURD, powered by a turbo Lexus 1UZ V8. Summernats 30 Grand Champ Mark ‘Happy’ Williams left the polish at home and had a go in his stunning ProCharged HQ One Tonner too. Mat Duthie and Xaviera Perkins shared driving duties in their beautiful blown small block-powered HZ Premier and scored runner-up in the Blown class, taking home $1000. Chris Orchard has recently given his BALLISTIC VL Calais a revamp, with a new red paintjob, custom interior and a monster 360ci blown and injected LS motor. He put on a hell of a show in the Tip-In comp. But the chocolates ended up going to Mick Hamon, who took out both the Tip-In comp as well as the overall win in the Blown class with his blown and injected VE HSV. Mick took home $2500 for his efforts.