THE R35 Nissan GT-R scene is huge over in America, where they have hundreds of fast street and race monsters and go-fast parts can be bought off-the-shelf easily, with a few leading workshops pumping out bolt-on kits and their tried-and-tested bits. But here in Australia, modifying a $200,000 supercar is the path less travelled and only a handful of modded GT-Rs exist, but it’s not as hard to do as you might think. 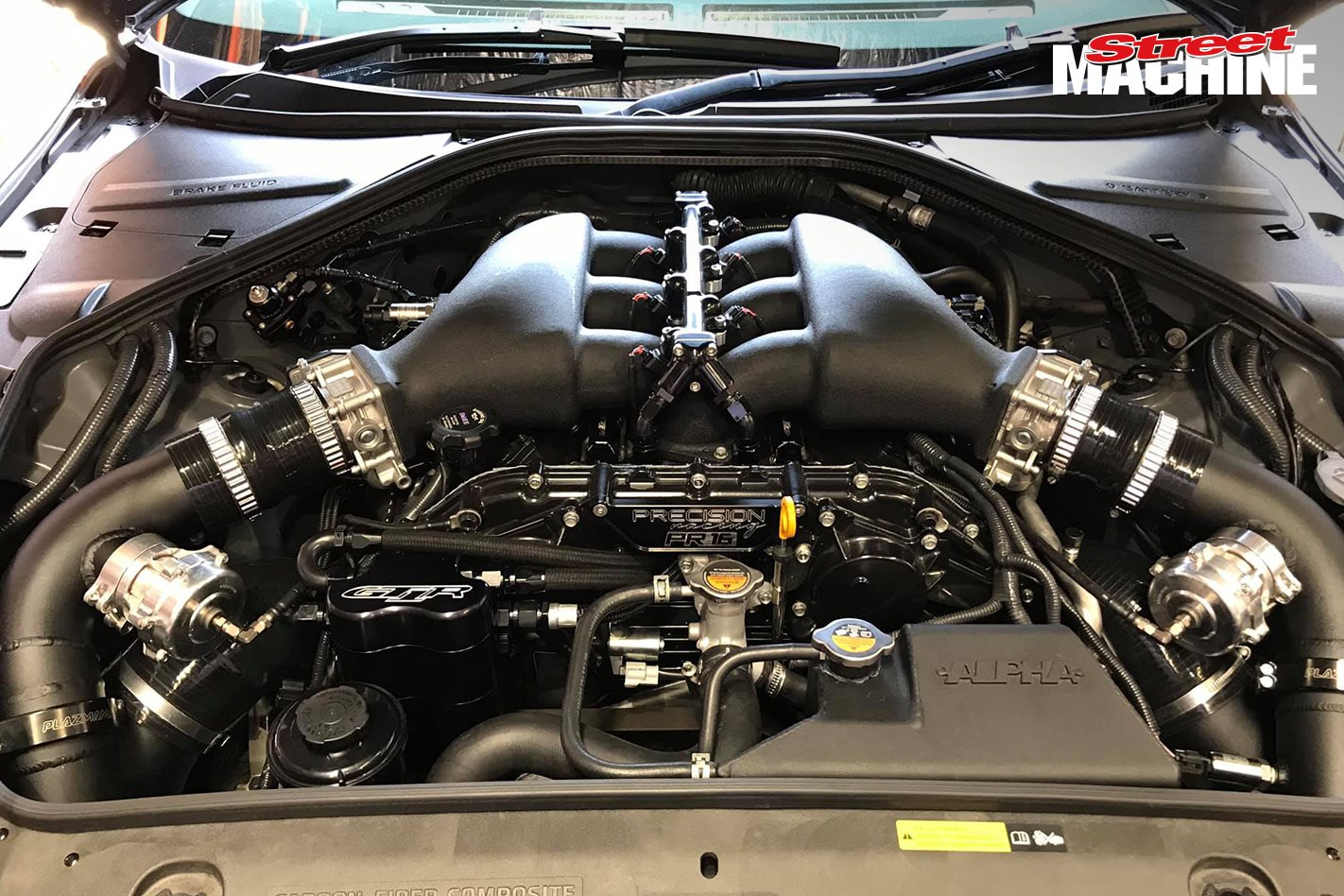 Melbourne’s Lance Tartner's low-eight-second R35 Nissan GT-R street car was built by Precision Automotive Racing in Sydney with mostly off the shelf parts from America. The engine is a standard-stroke 3.8-litre V6 with a forged crank, rods, pistons, titanium valves and a lot of head work, on to which twin Garrett GTX3582R turbos have been bolted. Being a street car, it runs on E85 juice with 12 injectors, and it runs a full four-inch exhaust system. 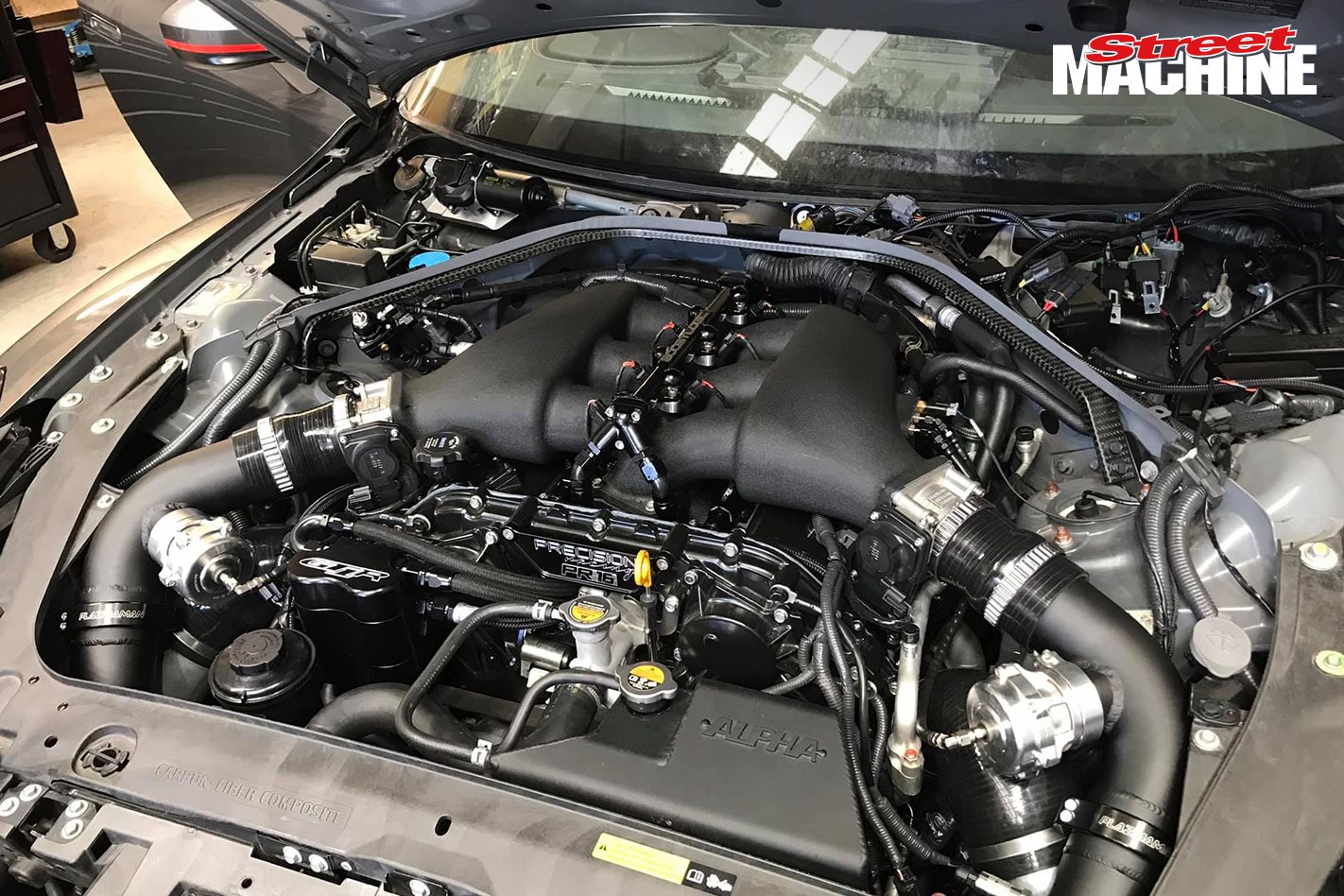 The motor is backed by the original Nissan seven-speed dual-clutch gearbox, albeit upgraded by ShepTrans in America with a billet gearset, straight-cut gears and just about everything else. “I just shipped my original gearbox to them and they sent it back as one of their Stage Six units,” says Lance.

The front and rear diffs have also been upgraded to cope with the extra ponies, and it runs strengthened axles at each corner. Racing tyres are 10.5in-wide slicks at the rear on a 17in rim, and 10.0in-wide up front on an 18in rim. 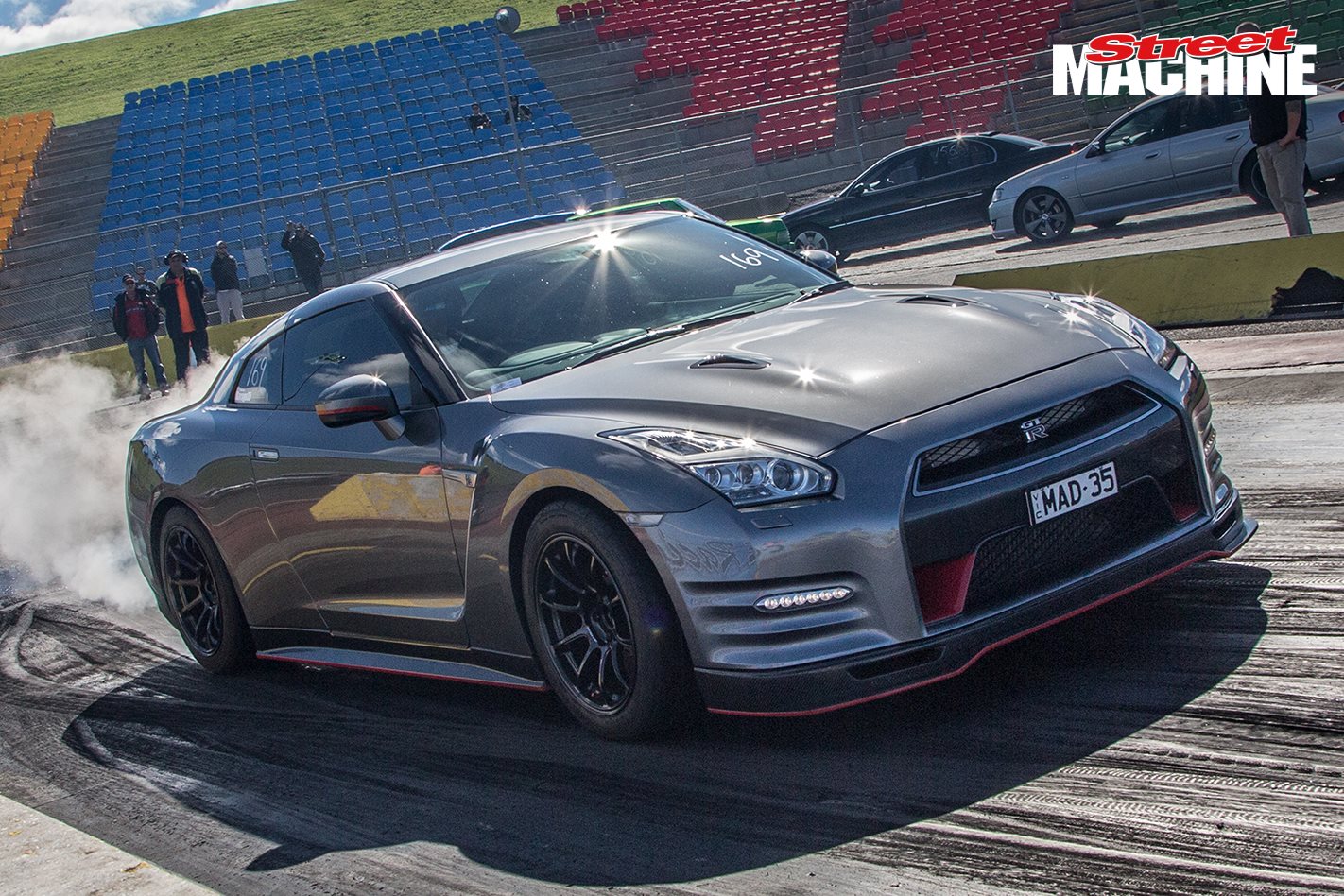 All up this combo made 1516hp at the rear wheels on the hub dyno on 47psi. This GT-R runs a MoTeC ECU, which has a function for locking the car in rear-wheel-drive mode – perfect for doing a burnout or dyno testing. The MoTeC is also capable of running the GT-R’s body control module, so it operates everything from the windows and headlights to the park brake.

In the two months since Lance finished his GT-R, he has already run deep into the eight-second zone. However, since this is a street car, with no rollcage or parachute, Lance only gets one full run before getting kicked out! Last Friday we saw the car go 8.42@171mph with a big pedal. 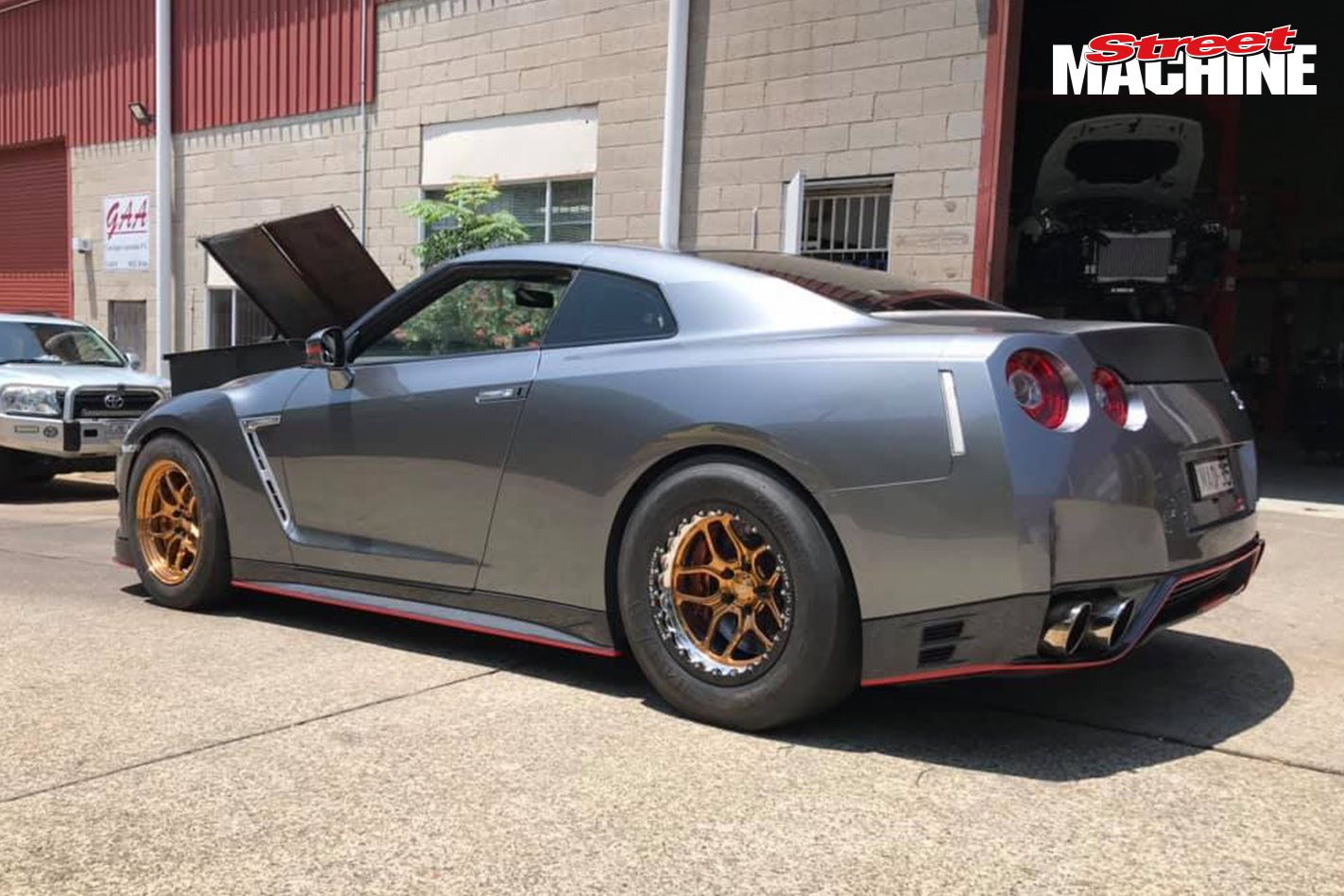 “It was wheelspinning for most of that run,” Lance says. “It only did a 1.45 60ft with about 25 per cent throttle, but once it gets into second gear the front and rear wheel speeds start to match and it really takes off. I hit the crack in the track just before the eighth-mile marker and it got pretty sideways, so I got out of it for a split second before going back to full throttle.”

He plans to take the GT-R up to Swan Hill in a couple of weeks to chase a seven-second timeslip, which would make his car the quickest R35 GT-R in Australia. The current record sits at 8.29.

And if this car doesn’t claim it, his other race-spec R35 GT-R, with 2000hp, full ’cage and a parachute, certainly will. That one is about two months away from being race-ready and Lance has built it all himself in his man cave with the exception of the engine and wiring which has been taken care of the Precision Automotive Racing guys.