After splitting a Ford small-block in half, Bezzina has made the switch to a billet ProLine 481X motor

STEVE Bezzina’s XW Falcon has long been one of the quickest leaf-spring Falcon street cars in the country, and has seen a number of turbo small-block V8 combinations over the years. Since around 2012, it has gone from running eights to now being on the verge of its first six-second quarter-mile pass. 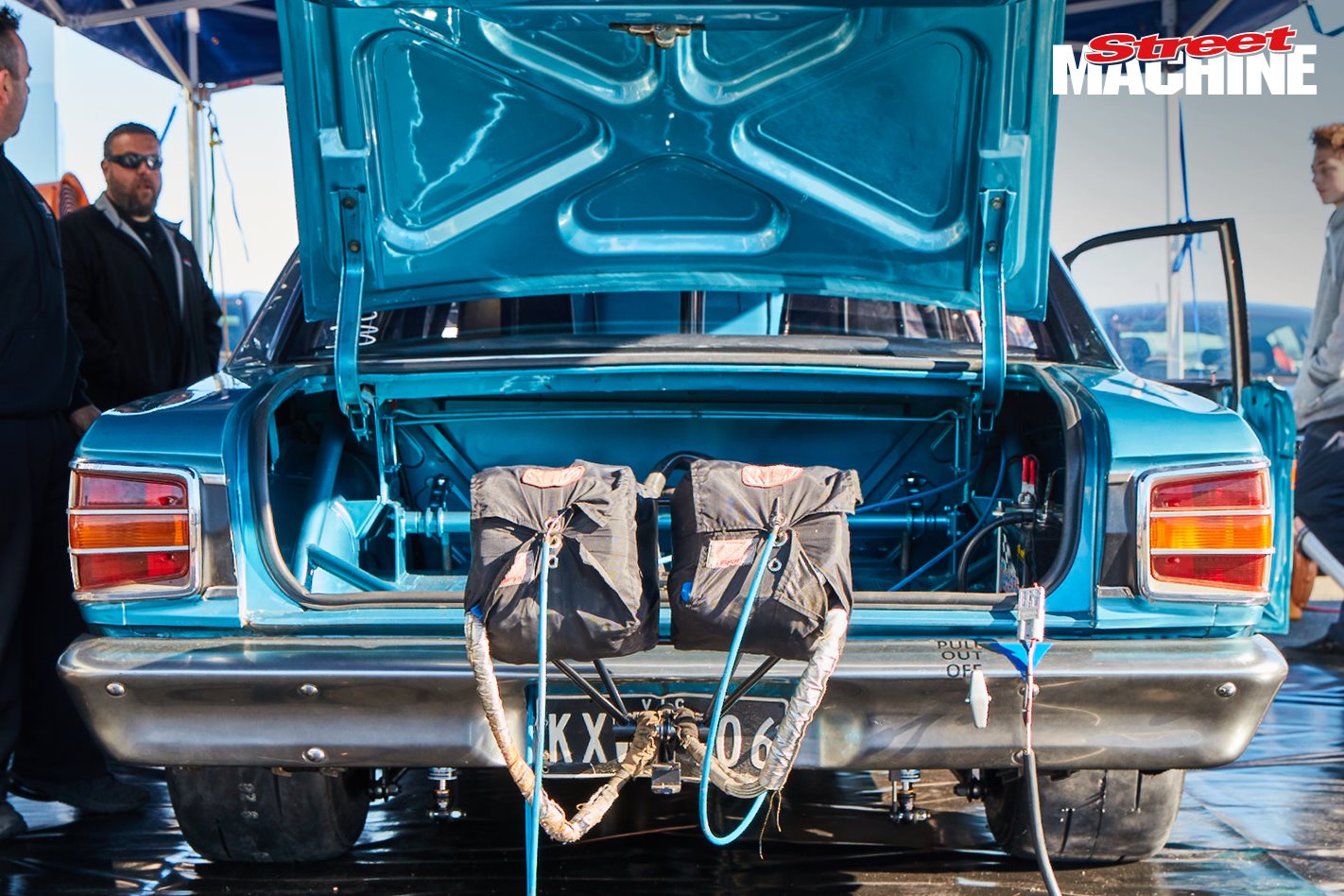 The most recent engine combination was a 427ci small-block Ford with twin Precision turbos built by Frank Marchese from Dandy Engines, who runs a similar set-up in his own XW Falcon, which we’ll see on Drag Challenge later this year. That motor saw Bezzina’s car run a best of 7.08@203mph on 275 radials and a fairly basic leaf-spring rear end set-up. But they found the limit of that engine combo when they split the block into two pieces. 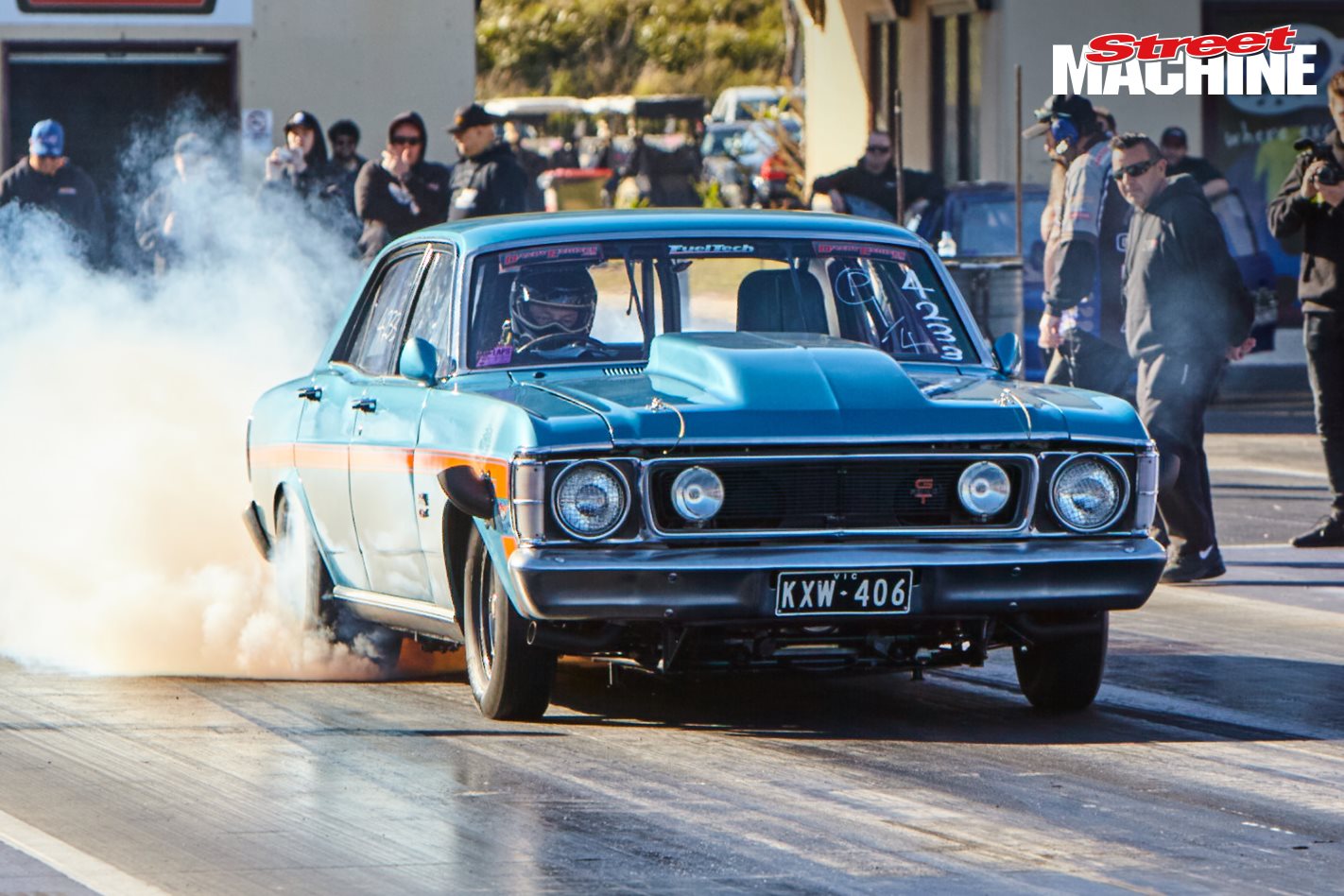 From there they scratched their heads, pondering where to go next. At this point the XW was pretty much a dedicated race car, so they decided to go with one of the toughest engines you can currently buy: the Pro Line 481X. And of course Frank from Dandy is the guy to speak to about Pro Line motors here in Australia, so it was a logical decision. 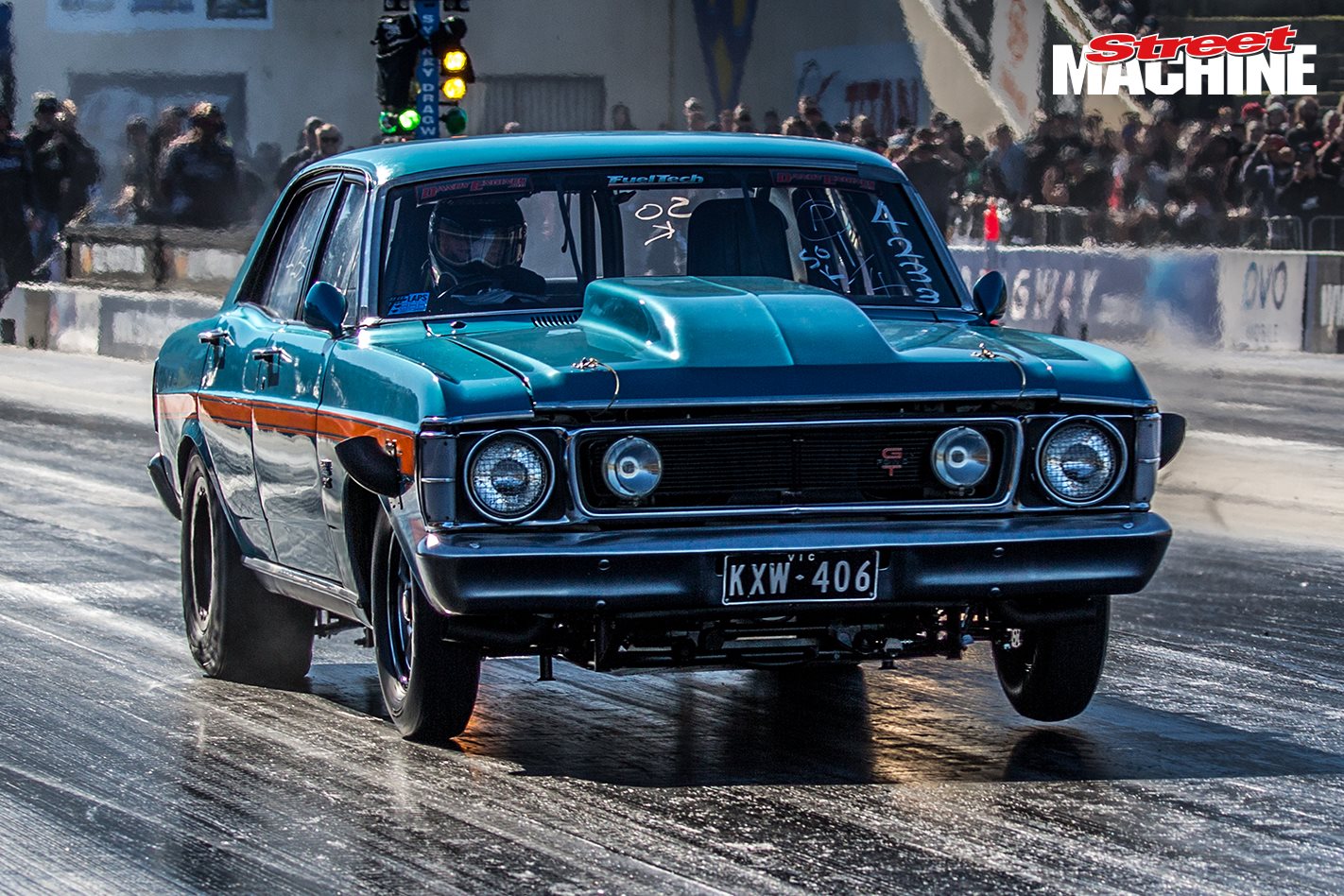 Naturally the billet alloy 481X is a much bigger motor than an old small-block Ford, so getting it to fit was easier said than done. The boys from Profab Motorsport Fabrications made it all work, but they had to cut out the factory shock towers and make it a strut front end to give a bit more wriggle room. Yep, everything with these motors is big – from the heads to the intake manifold and 2.5-inch primary pipes.

All up, it took a month for Profab to get it all together and then another month to tidy it all up with some fresh paint. The boys had it mostly buttoned up for MotorEx in Melbourne, but only just had the whole deal sorted and running the way they wanted for Grudge Kings last weekend, where Steve made his first few test hits with this set-up. 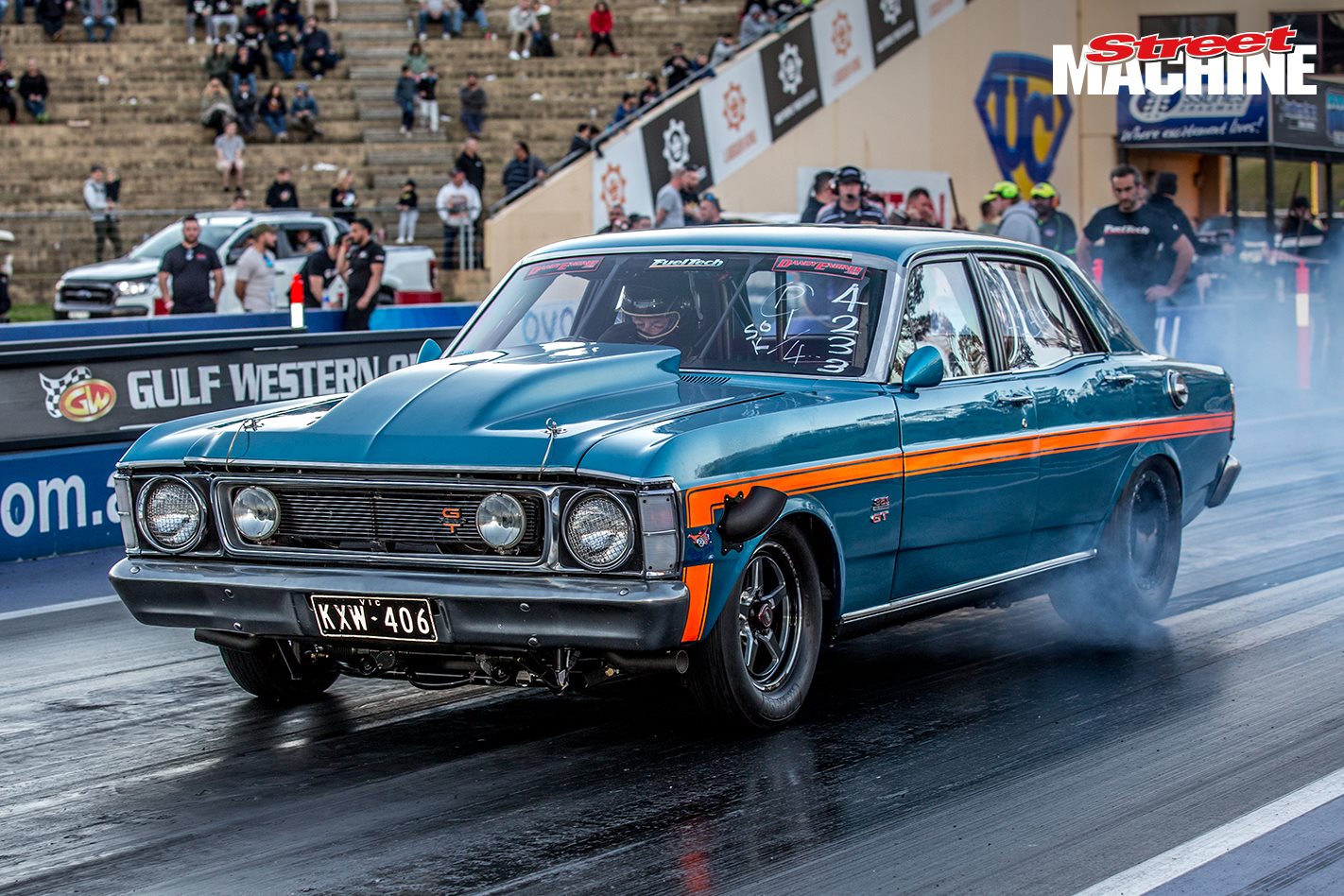 The signs were very promising early on; the car went 7.81@127mph within its first couple of passes, backing off and pulling the chutes five seconds into the run. By the end of the test day they’d gone 7.1@171mph, again off it early, pulling the chutes at 1000ft. They knew it would probably go a six, but they didn’t want to reveal all before competing for the $50,000 in the Grudge Kings comp the next day.

For a big, heavy 275 radial car on leaf springs, the XW was fiercely competitive in the Grudge Kings races and even made it all the way through to the semi-final, where it would have raced the eventual winner, Jet Martin in his VB Commodore (also powered by a Pro Line 481X). However, in Round Three, where Steve drew a bye run, he gave it a half-track test hit and ended up blowing the driveshaft to pieces – game over. He’ll be back soon, gunning for the six-second zone.