JEREMY Martin’s VB Commodore was purchased in 2005 as a $1000 253 banger. It has since undergone a number of transformations that have seen it progress into the world’s fastest and quickest Holden Commodore. Yep, at Sydney Jamboree over the weekend, Jeremy clocked his first five-second quarter-mile pass in the car, running 5.981@246.35mph! 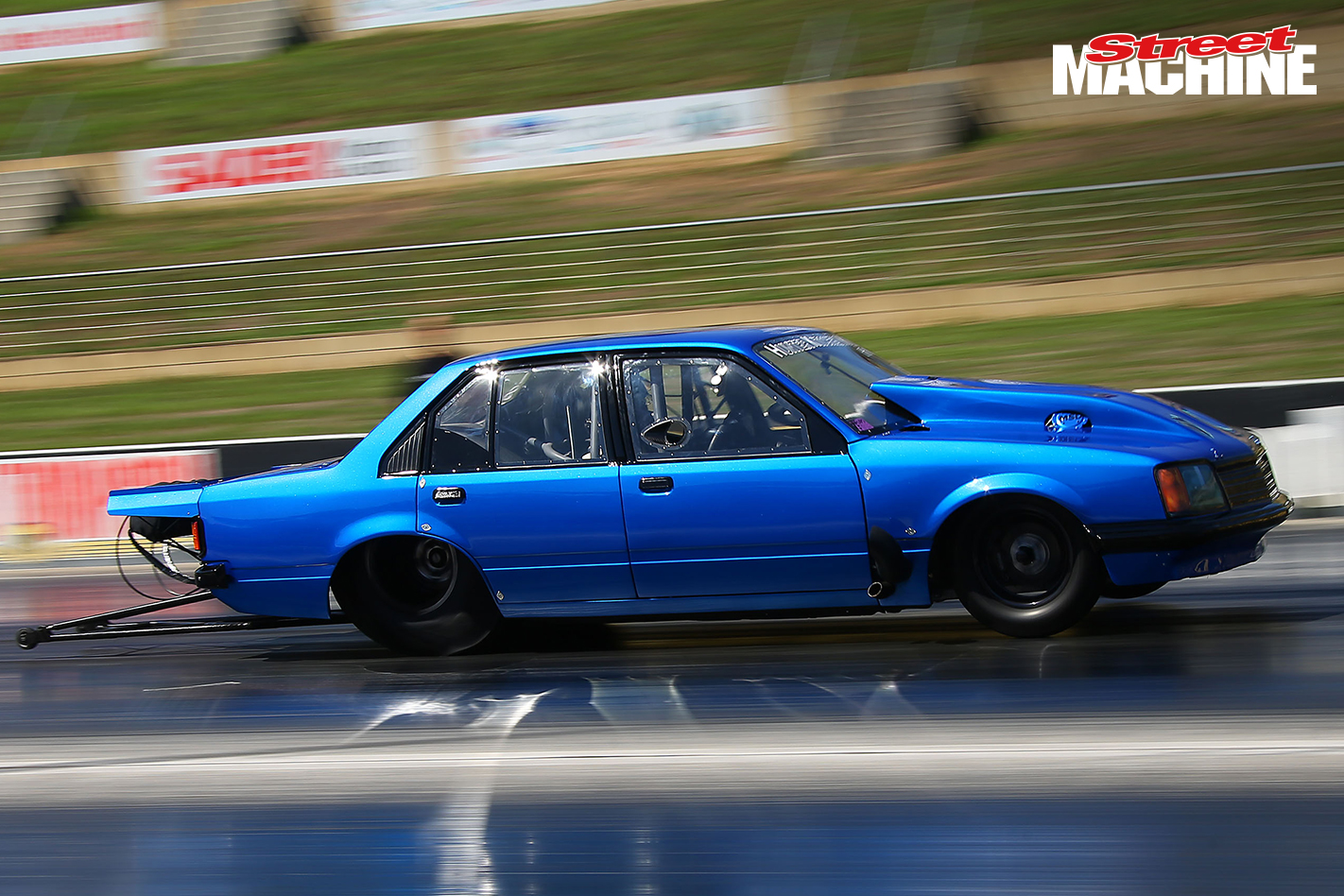 The best part is, this isn’t a USA-built Pro Mod car; it is still a steel-body, early-girl Holden Commodore. Yes, it has a three-quarter custom chassis underneath built by SCF Race Cars, but it still retains plenty of its original sheet metal. Save for the massive wheels and low stance that are quite obviously race car-spec, it doesn’t look that far from a street car. 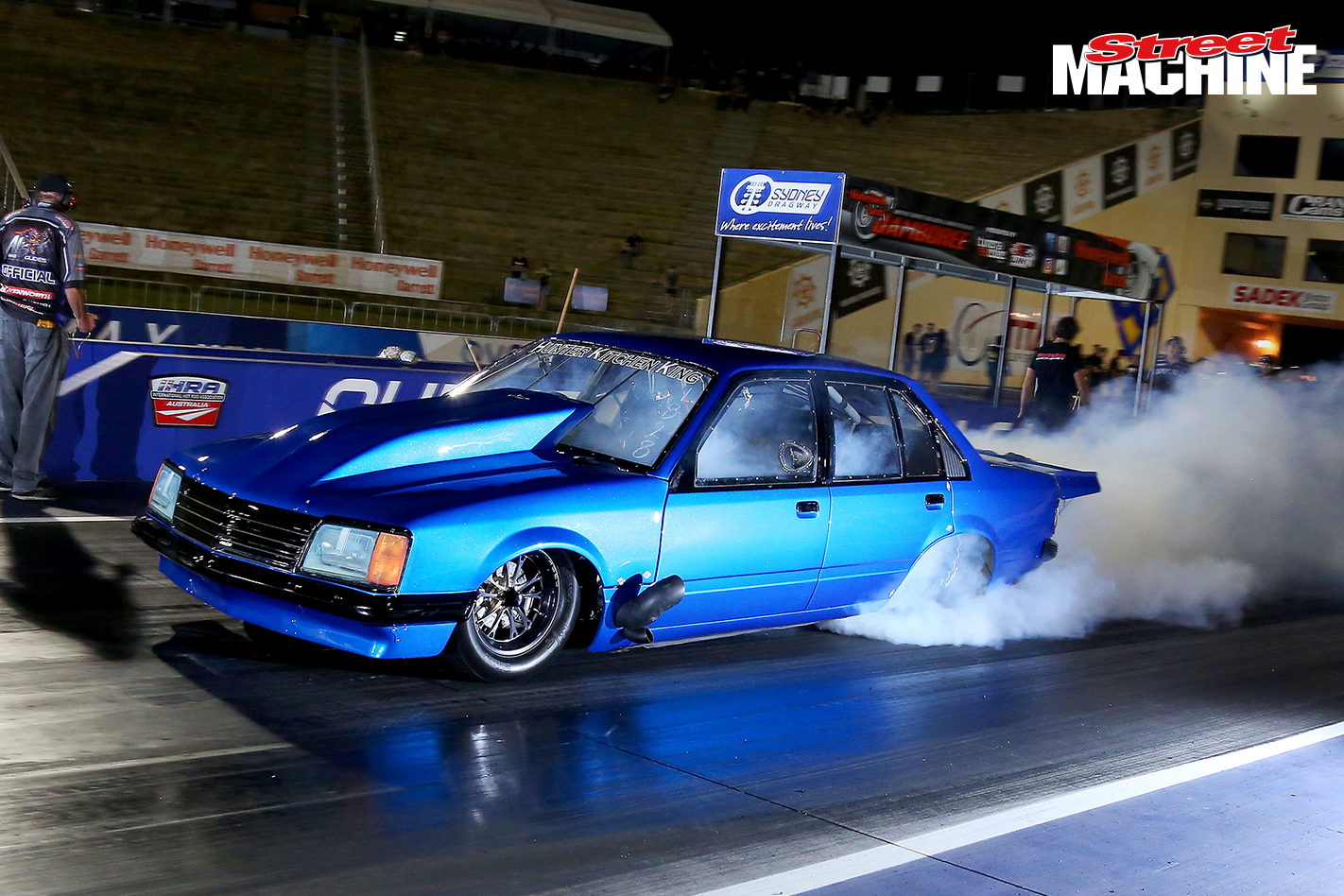 What’s under the nose is pretty far from a Holden 253 though; it’s powered by a Pro Line Racing billet 481X engine taken out to 526ci. These 481X blocks are the bee’s knees, capable of making stupid power with big-boost turbo combinations. Jeremy’s set-up was put together by Frank Marchese from Dandy Engines in Melbourne, and it boasts twin 98mm Precision turbos and runs on methanol. It’s a bad-arse thing and makes somewhere around 4000hp. 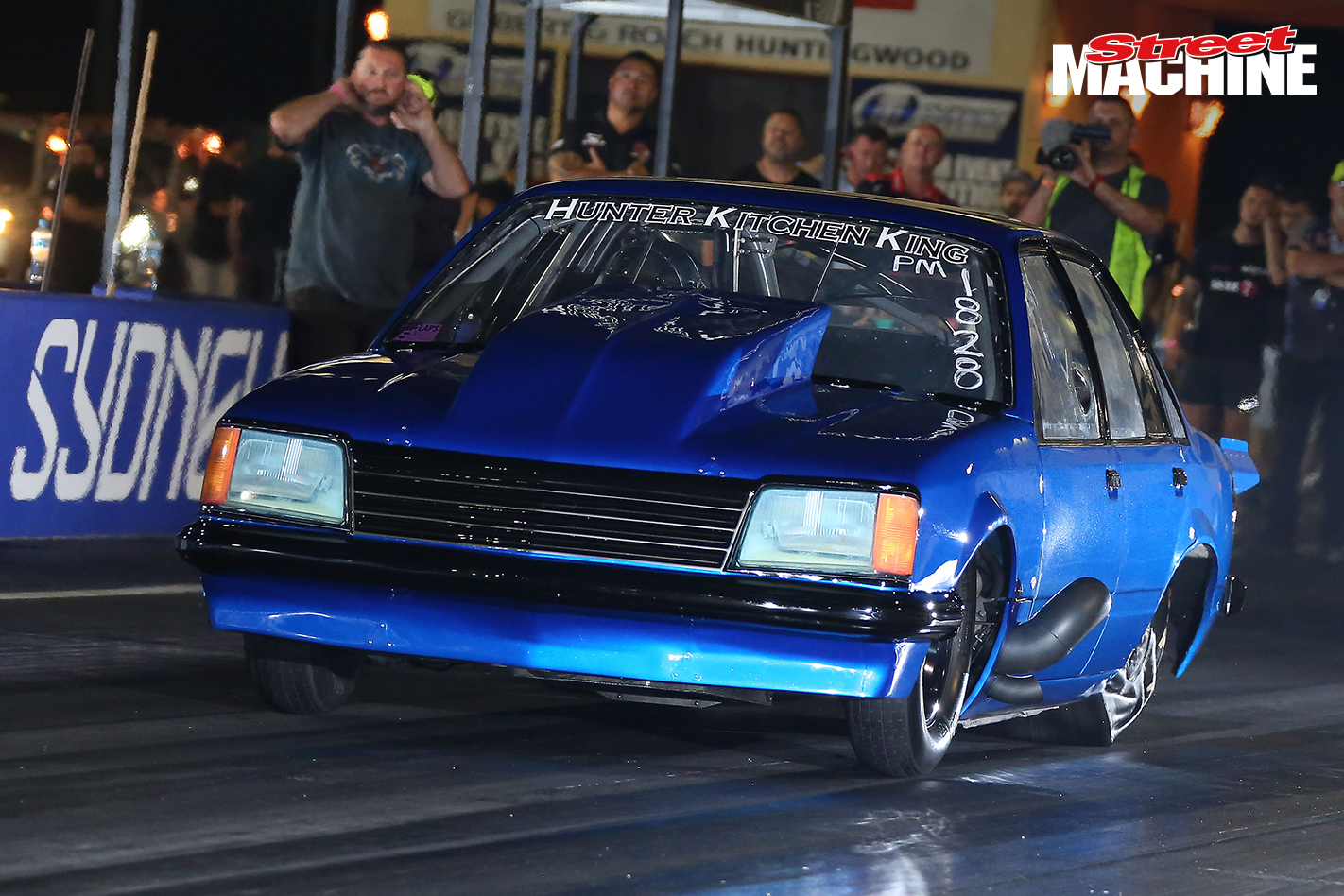 When we last caught up with Jeremy and his crew around 12 months ago at Sydney’s Lights Out event, he told us his goal was to get into the five-second zone with the car and prove that you don’t need the latest US-built Pro Mod car to do it.

Well now he’s proved that with the VB, and it’s only going to get quicker from here. After running a string of 6.0s and then finally the 5.98, the car is clearly very consistent!