PACKING some of the most hardcore cars to wear licence plates, 80-odd entrants (we haven't counted them yet!) fronted up to Willowbank Raceway for day one of Street Machine Drag Challenge Weekend.

Friday started off with a sticky track and cool air allowing some of the fast cars to set times in the eights, including  Brad Lane’s Torana which ran a killer 8.01-seconds at just 164mph, showing huge potential and leading the time slips for Tuff Mounts Radial Blown going into day two.

Mark Van Der Togt pushed his heavyweight XW to an 8.23-second pass early, but had a huge lose in the braking area and gave himself a proper fright. He came back to record an 8.10 at 170mph, giving him second spot overall.

Dave Williams’ twin-turbo LSX-powered HG Premier smashed out an 8.37 at 147mph, and had decided to move on to Warwick before going back out for one last run and stopping the clocks at a third-place getting 8.24 at 165mph.

Ben Vlekken’s VH Commodore wagon sits in fifth outright, with a Garrett GT4788-turbocharged alloy L98 six-litre LS pushing his five-door to 8.5-second pass at 161mph, close to his PB of 8.48 recorded only a couple of weeks ago.

Tanya Thompson ran 8.59 at 157mph in her VH Commodore, putting her in number one spot in Boostane Outlaw Blown and sixth spot overall.

Alon Vella’s Ford Capri coming just behind for seventh outright with an 8.934 at 152mph. This put the Sydney racer in number one spot yet again in Pacemaker Radial Aspirated.

It wasn’t all sunshine and happiness, however. Fabian Huff’s awesome 1200hp XE ESP Falcon clouted the wall on only his second run, hard enough to stop racing for a short time. It was sad for many to see after Huff has poured so much time into the twin-turbo Windsor-powered sedan’s recent rebuild. 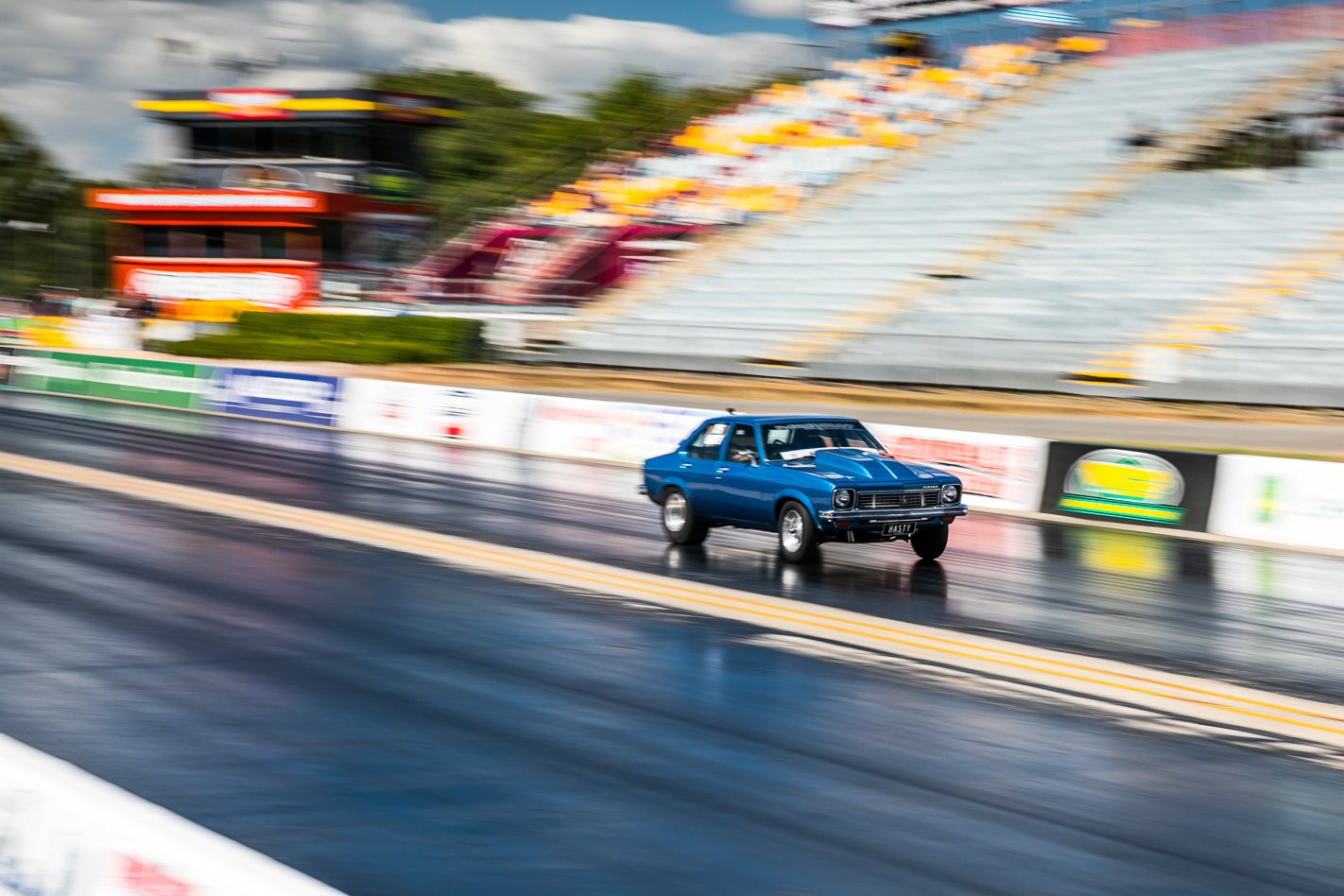 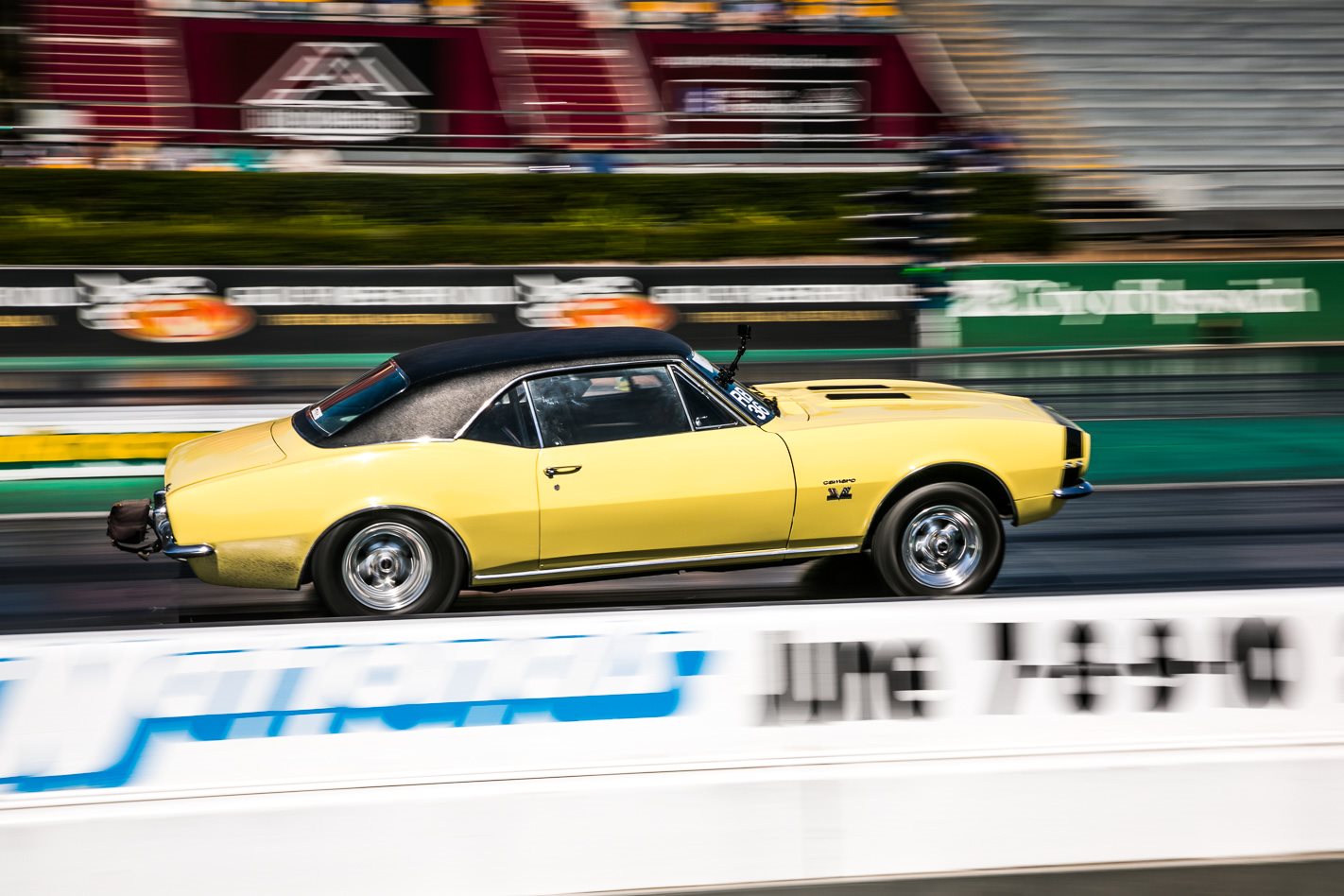 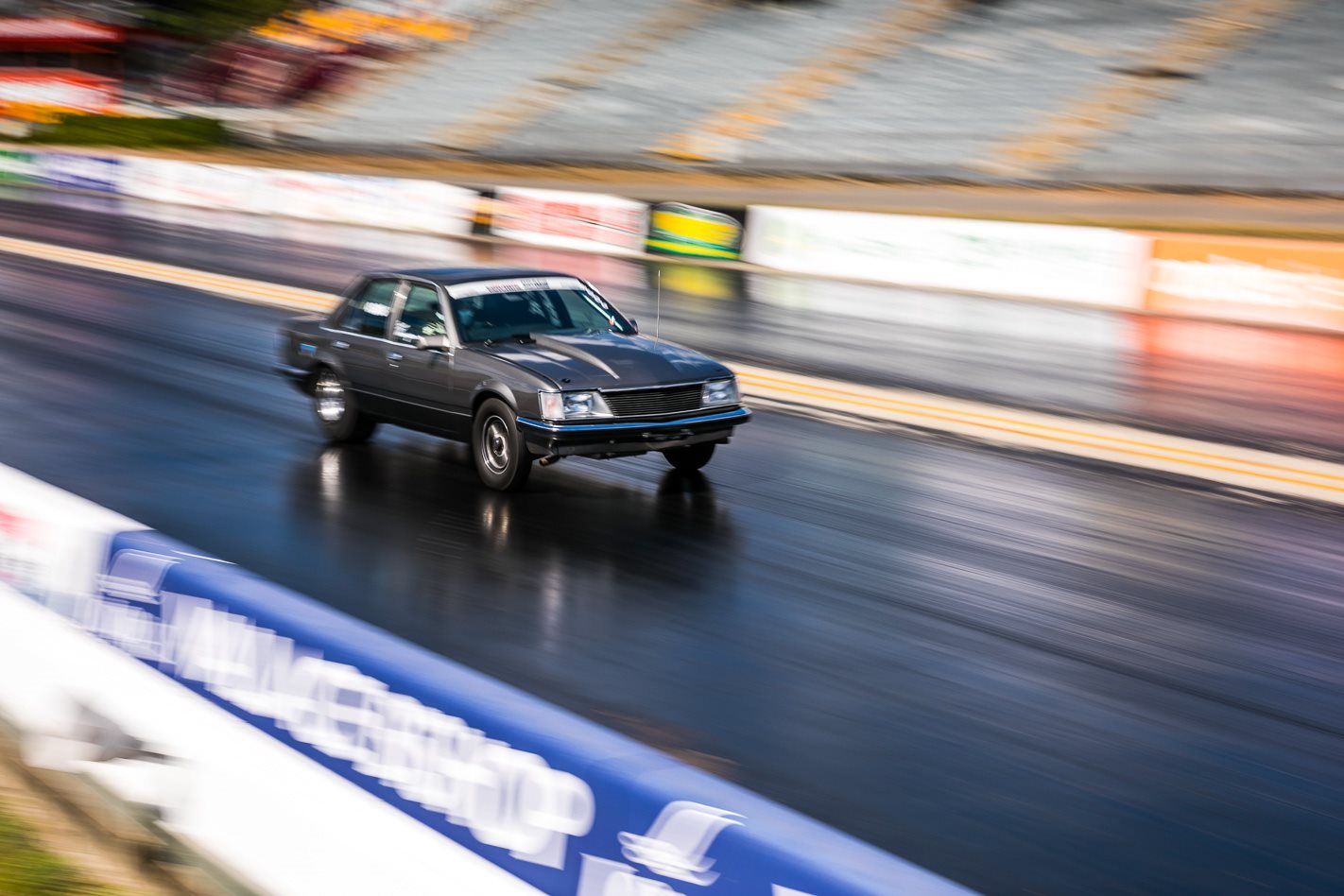 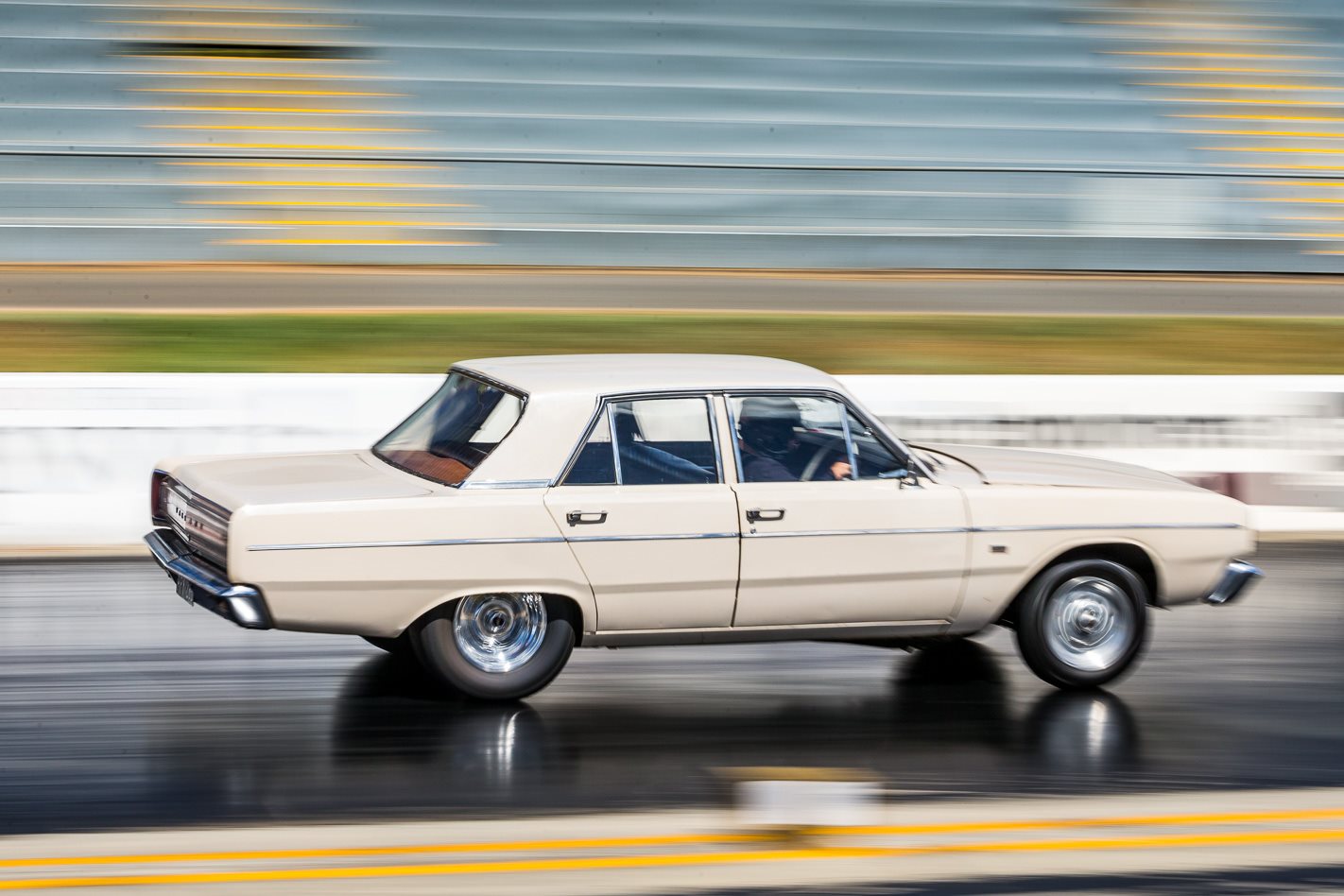 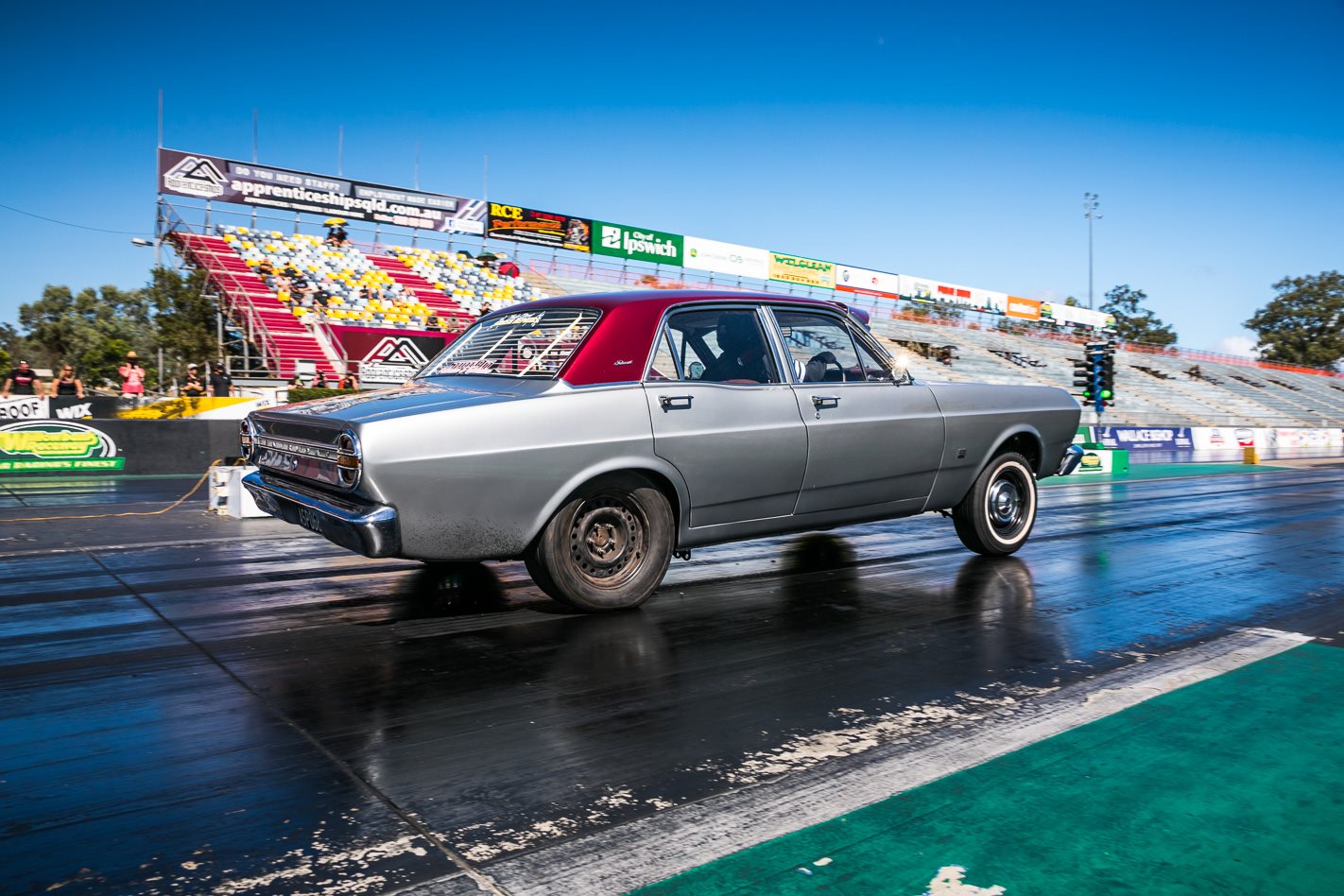 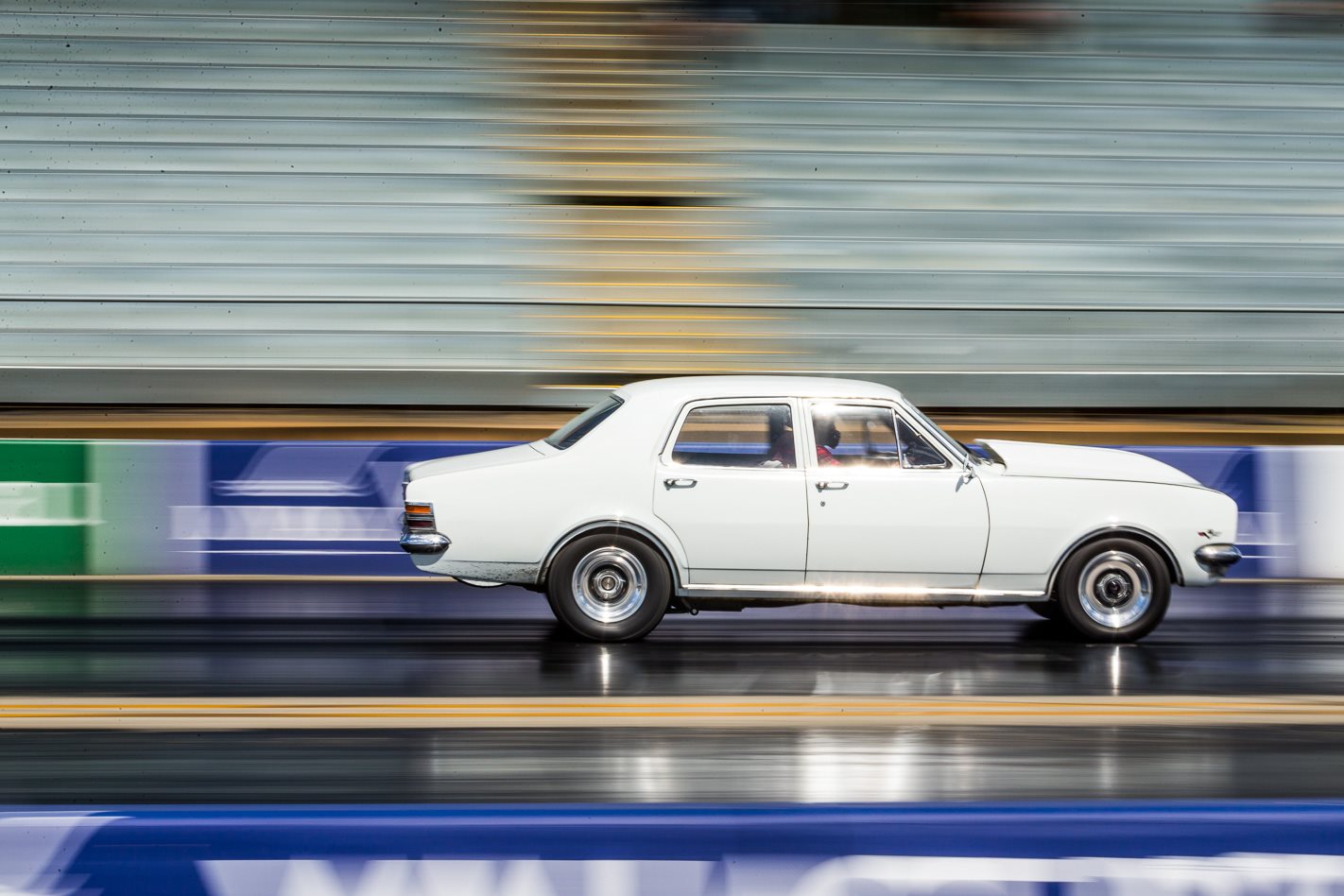 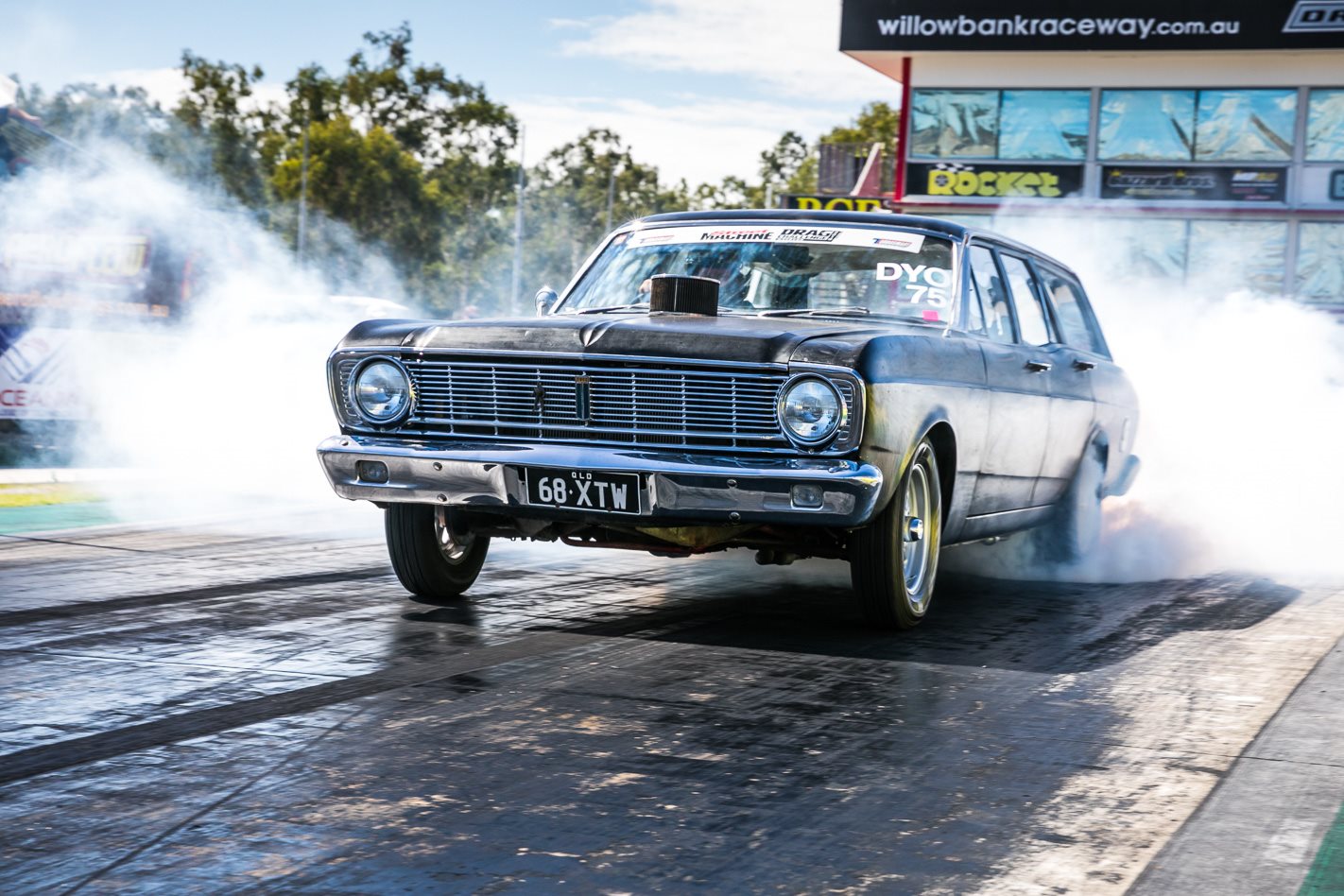 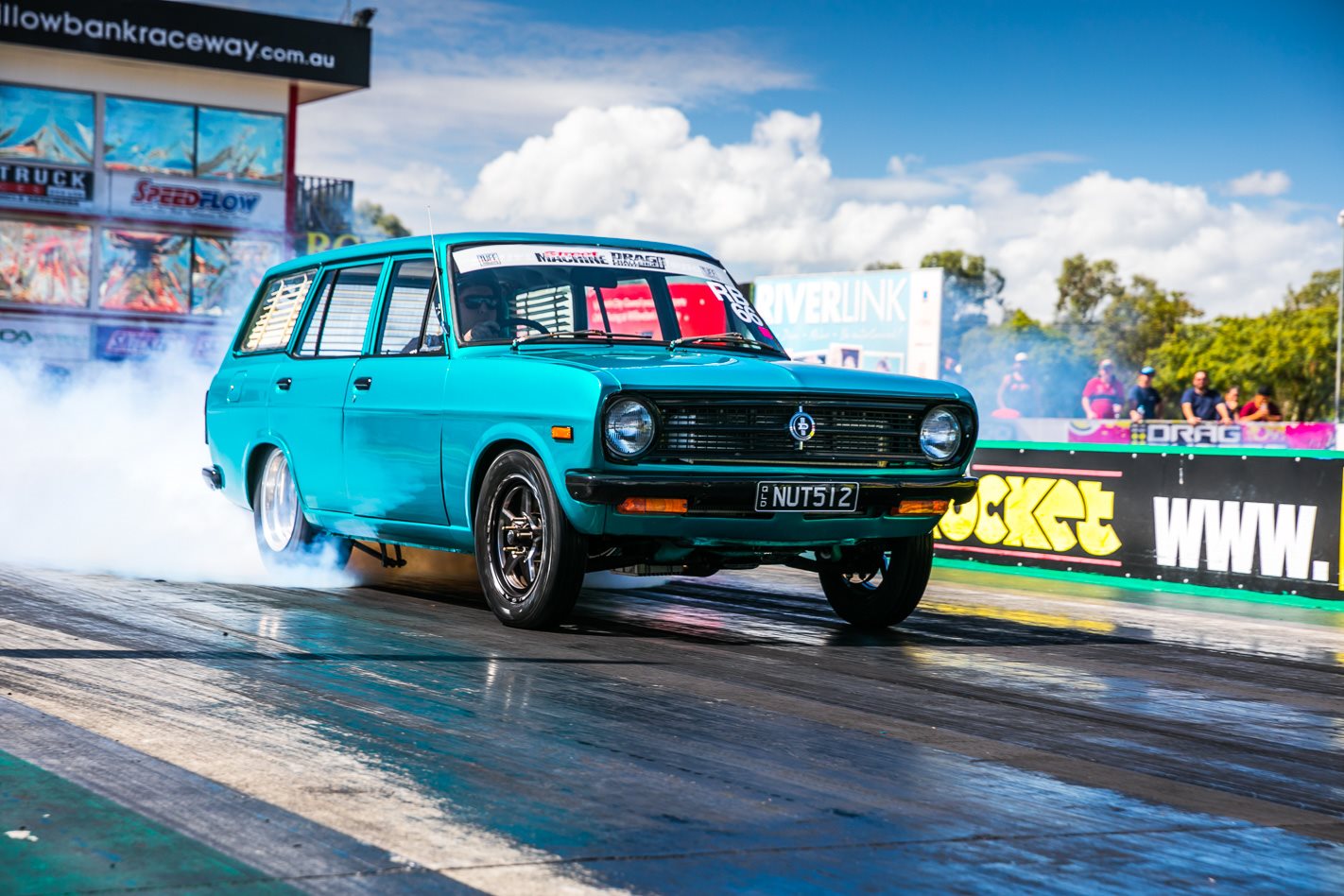 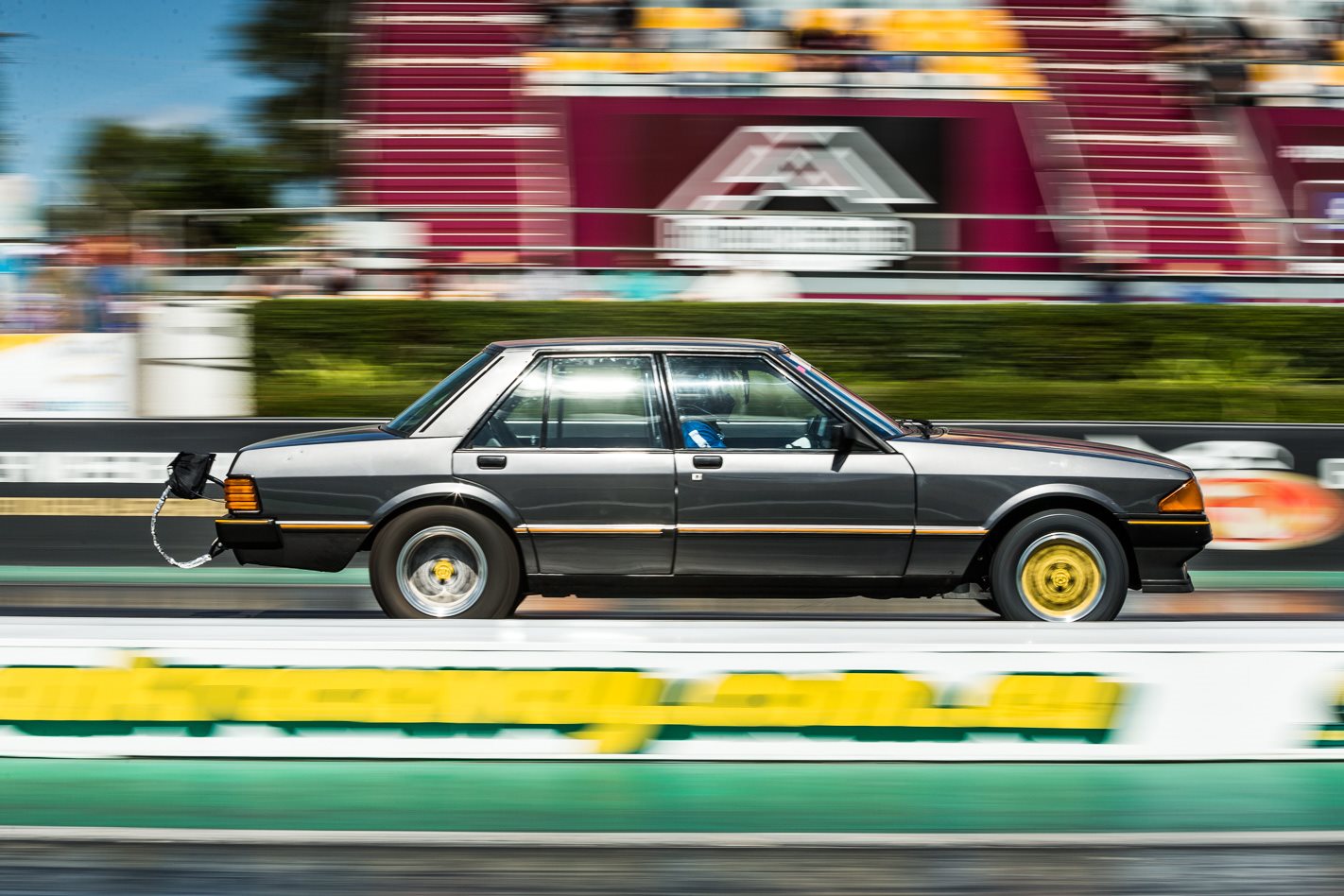 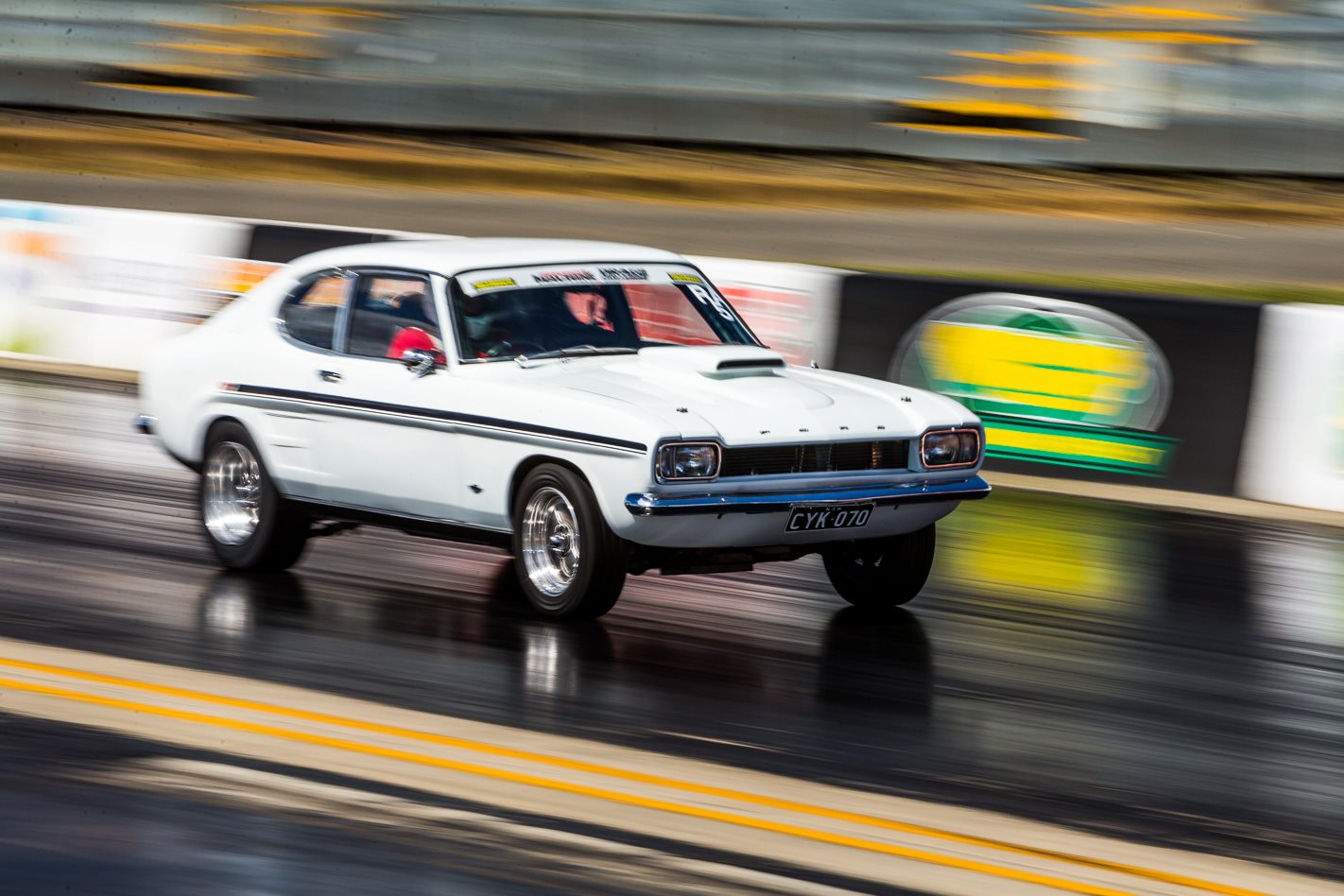 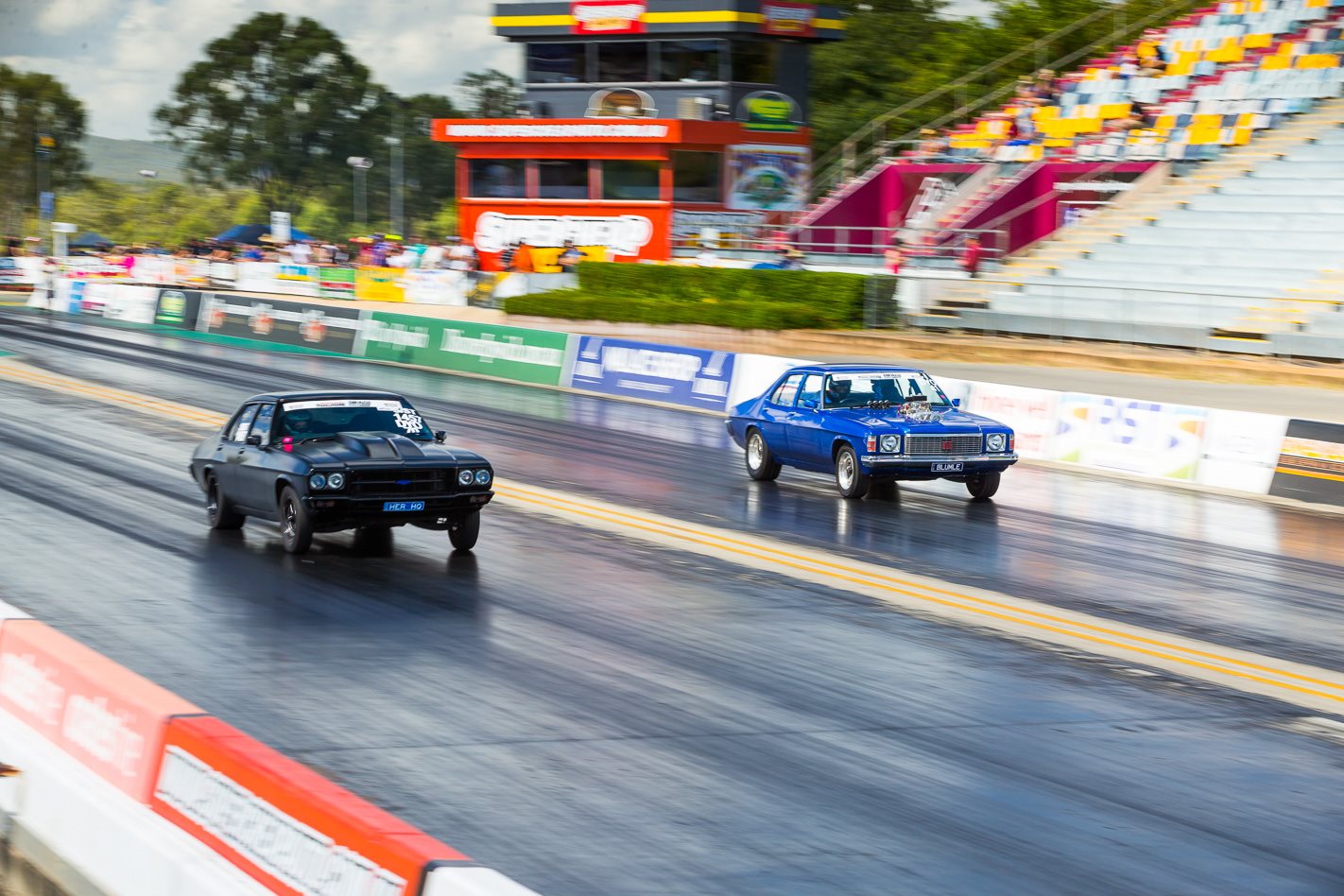 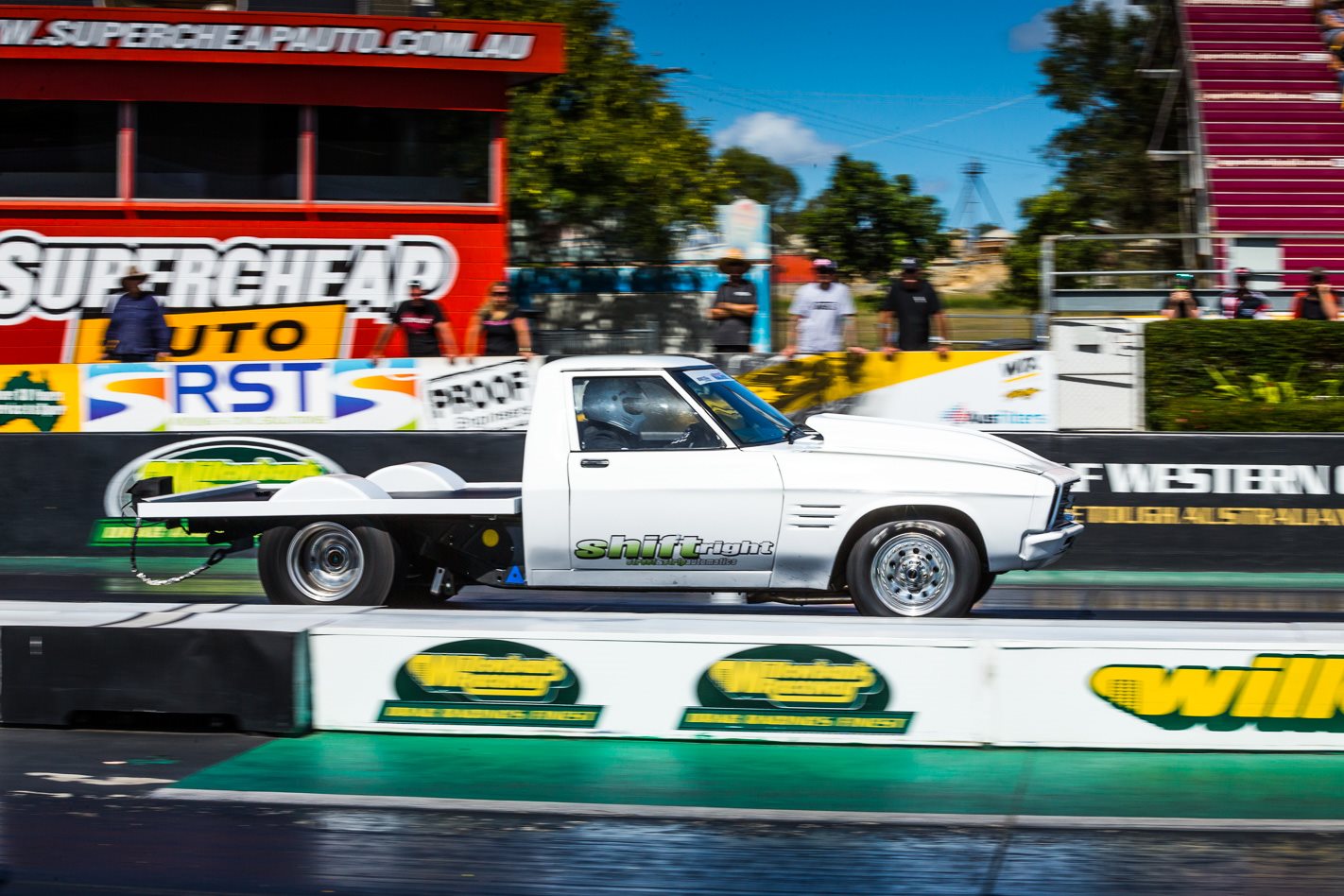 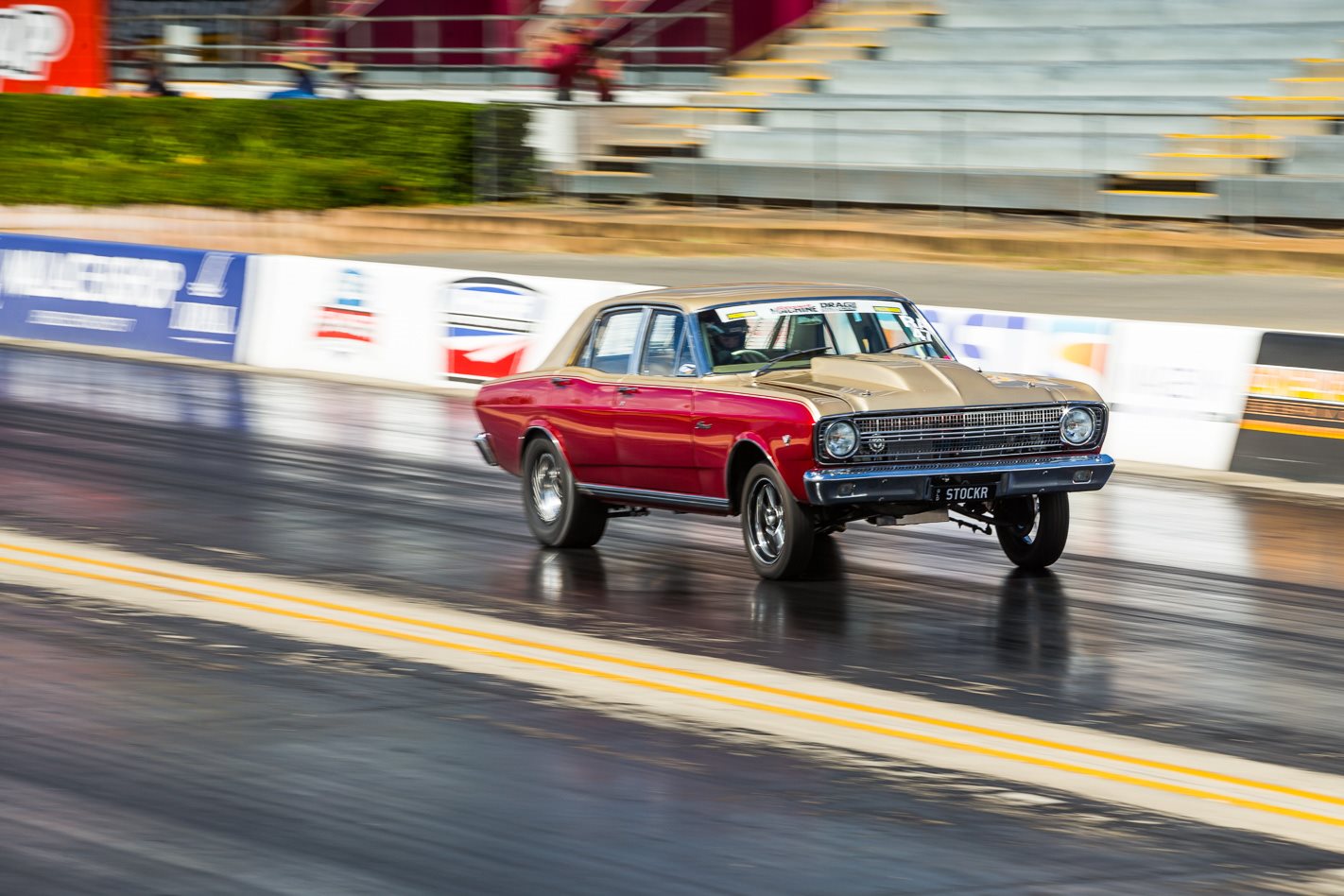 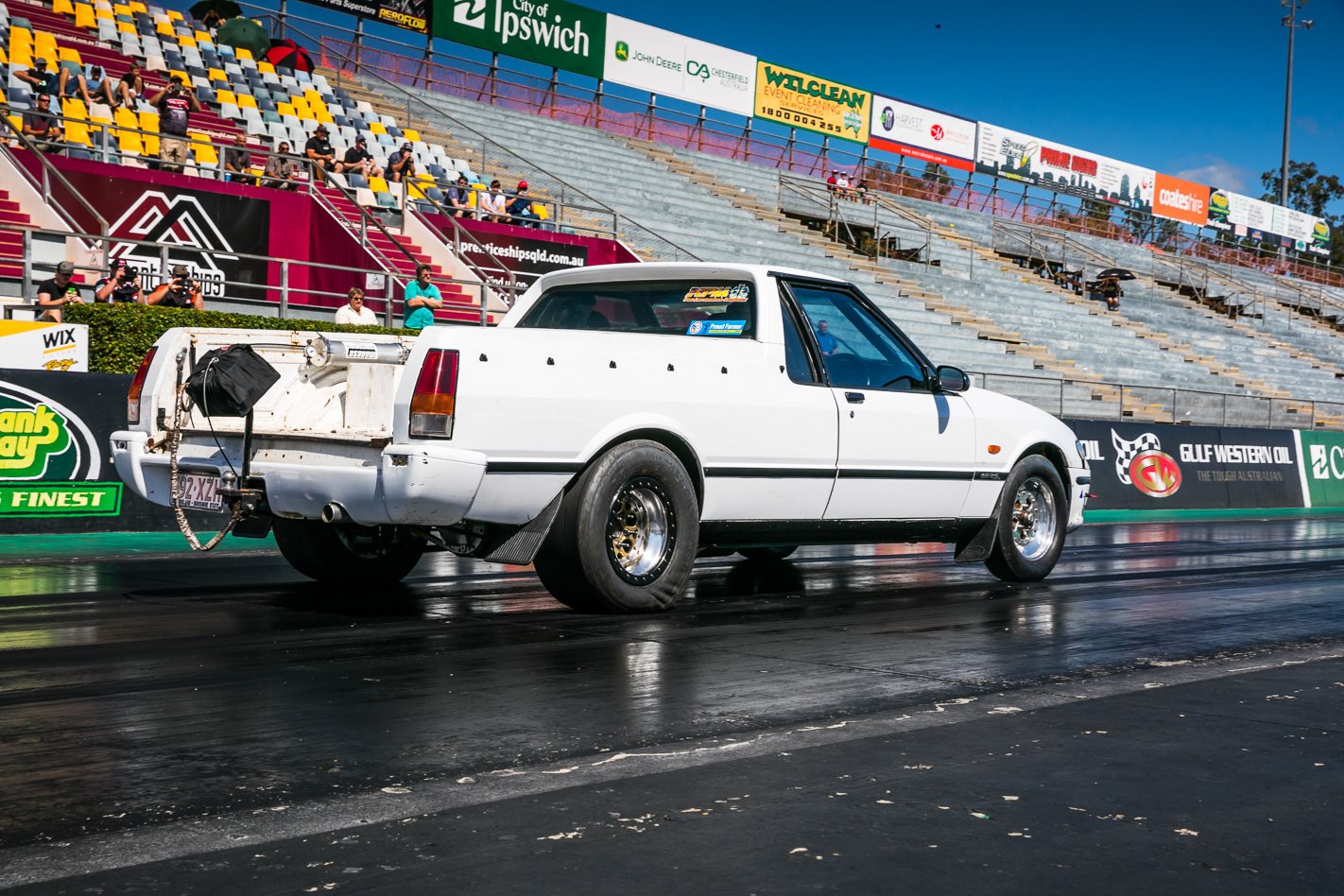 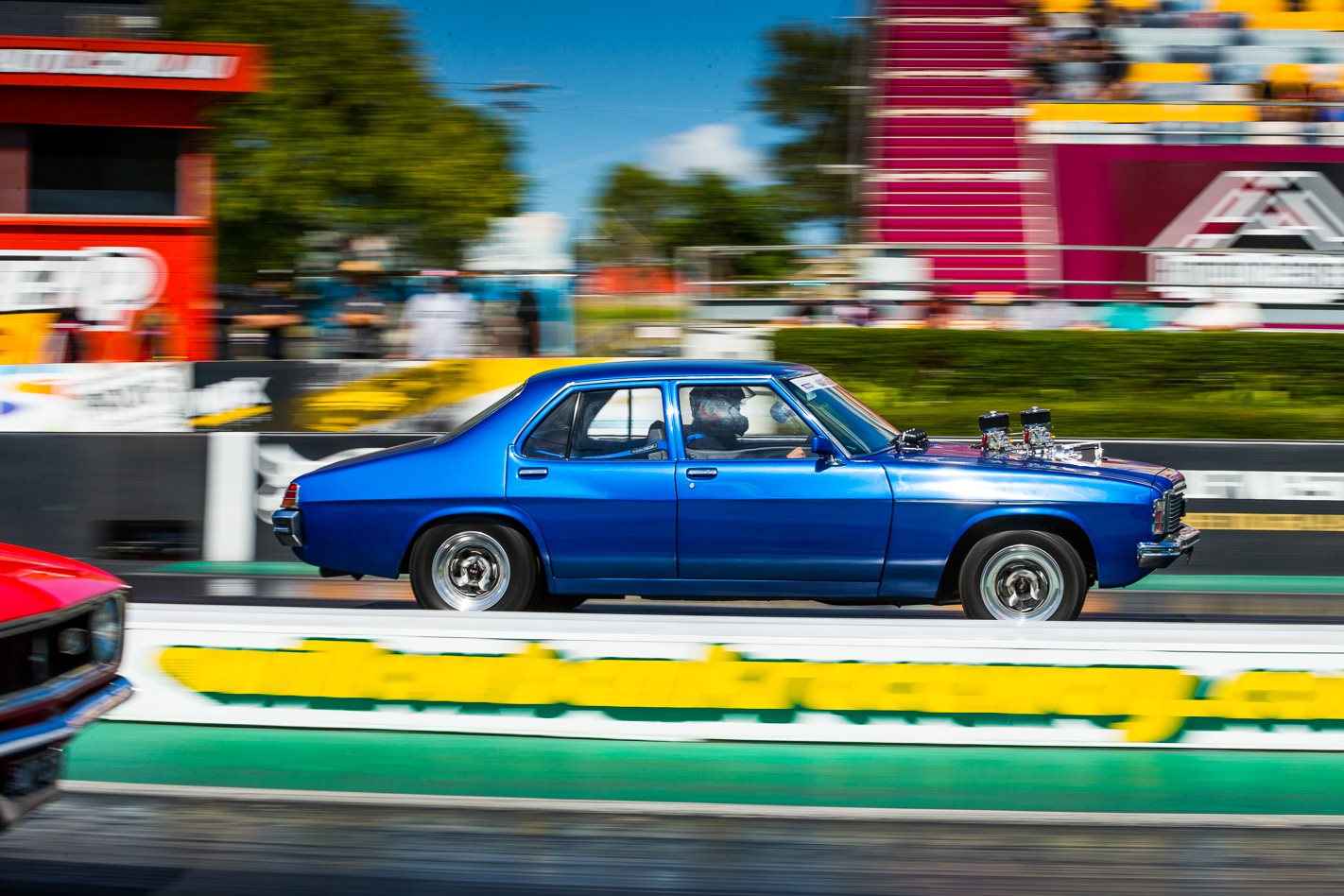 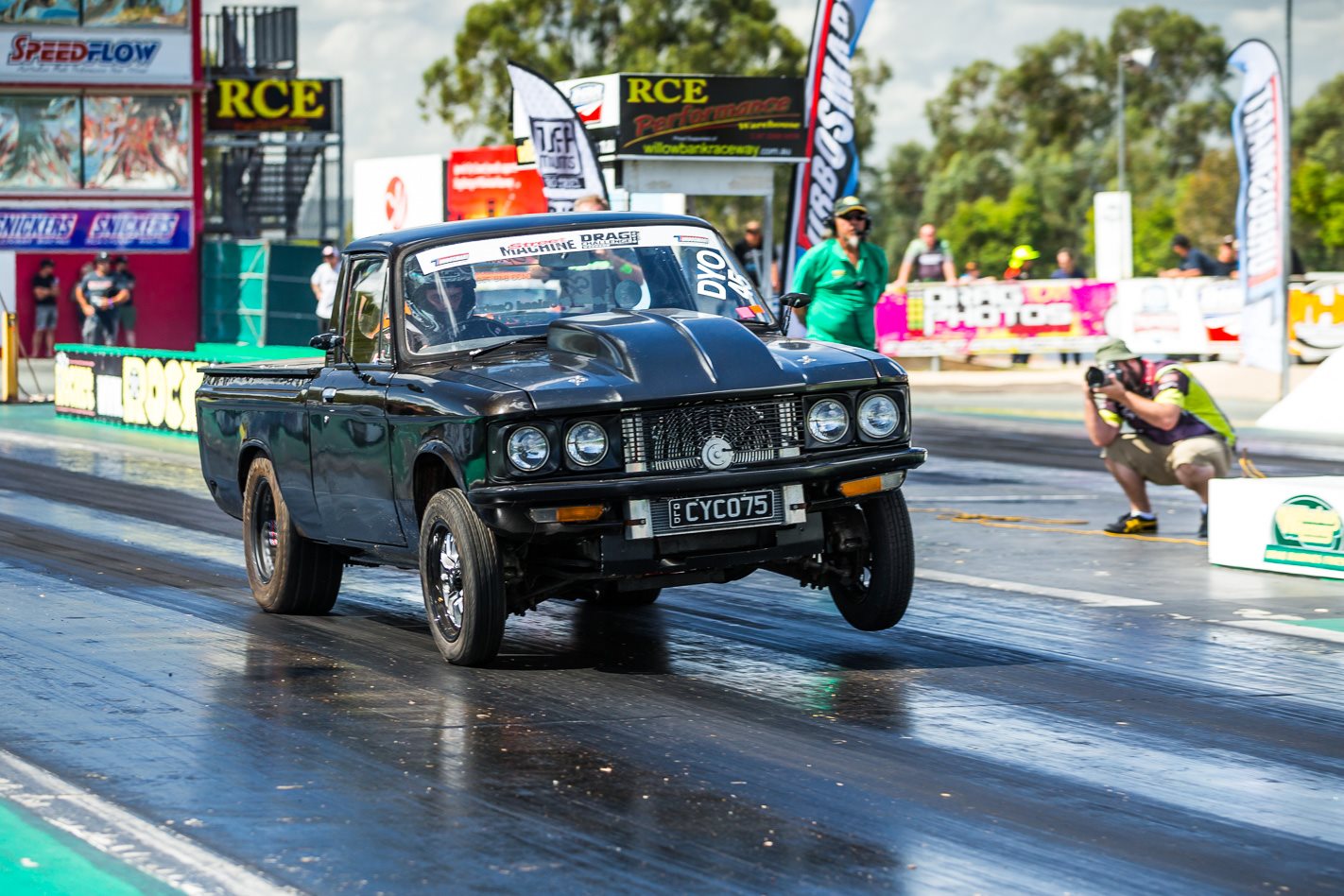 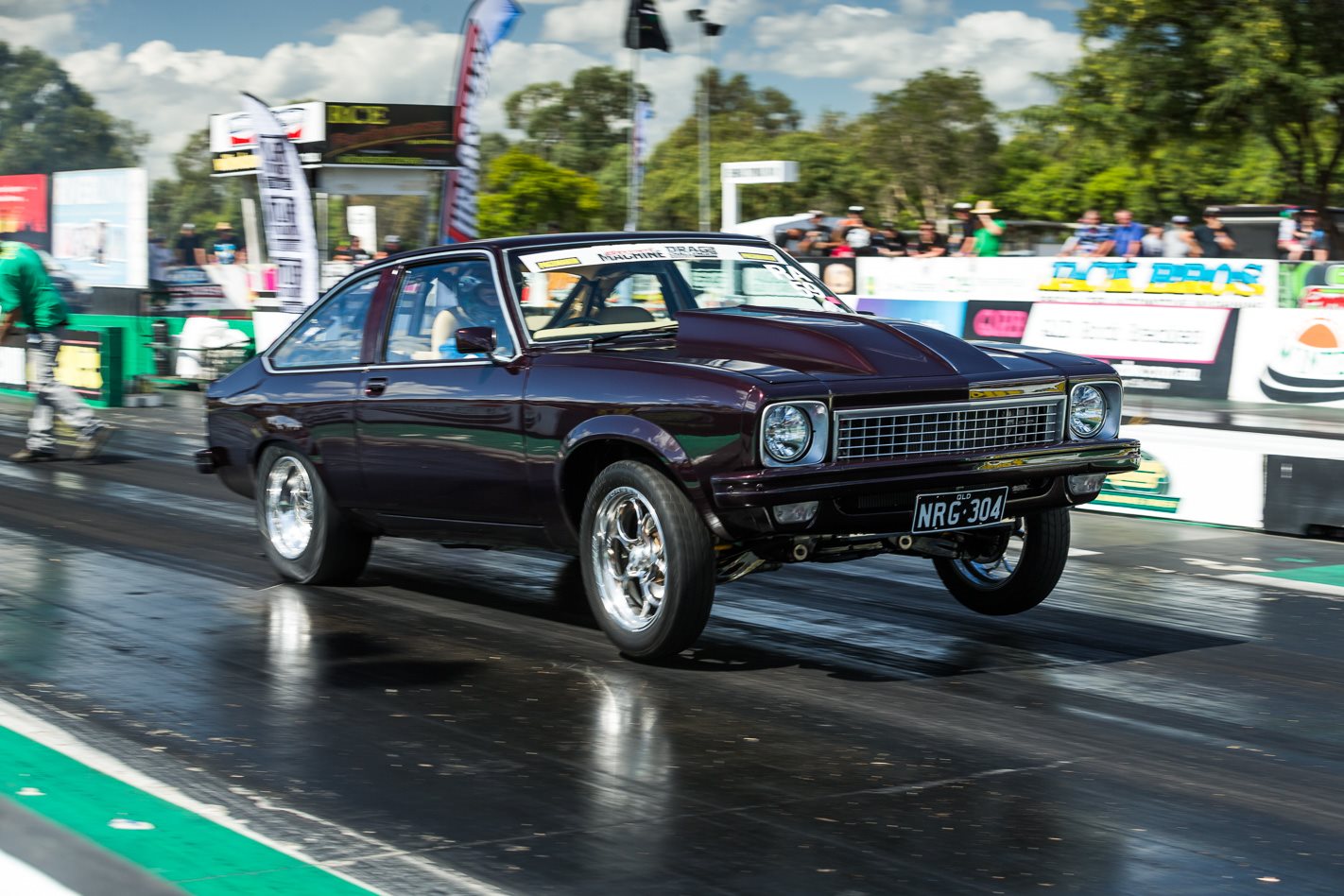 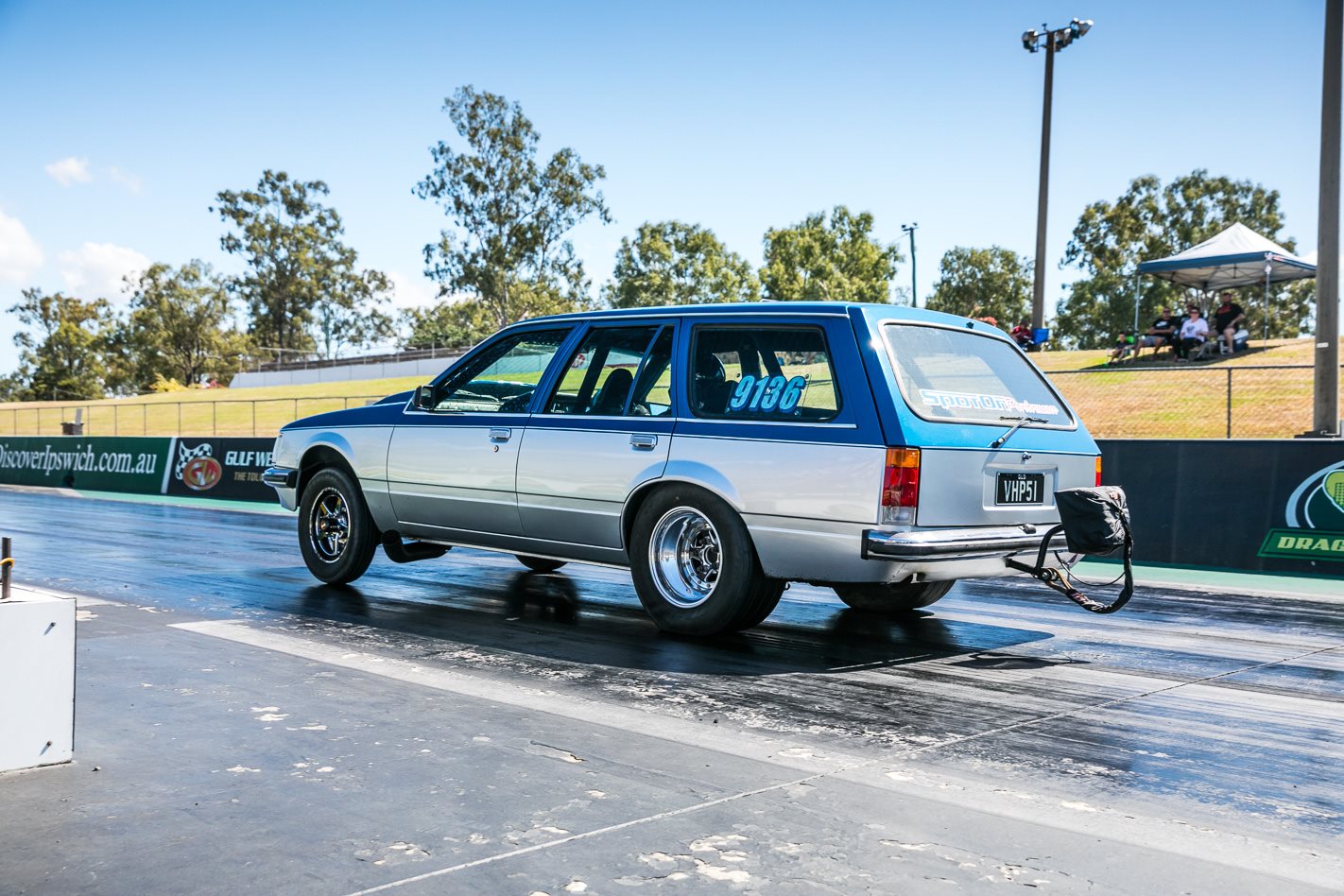 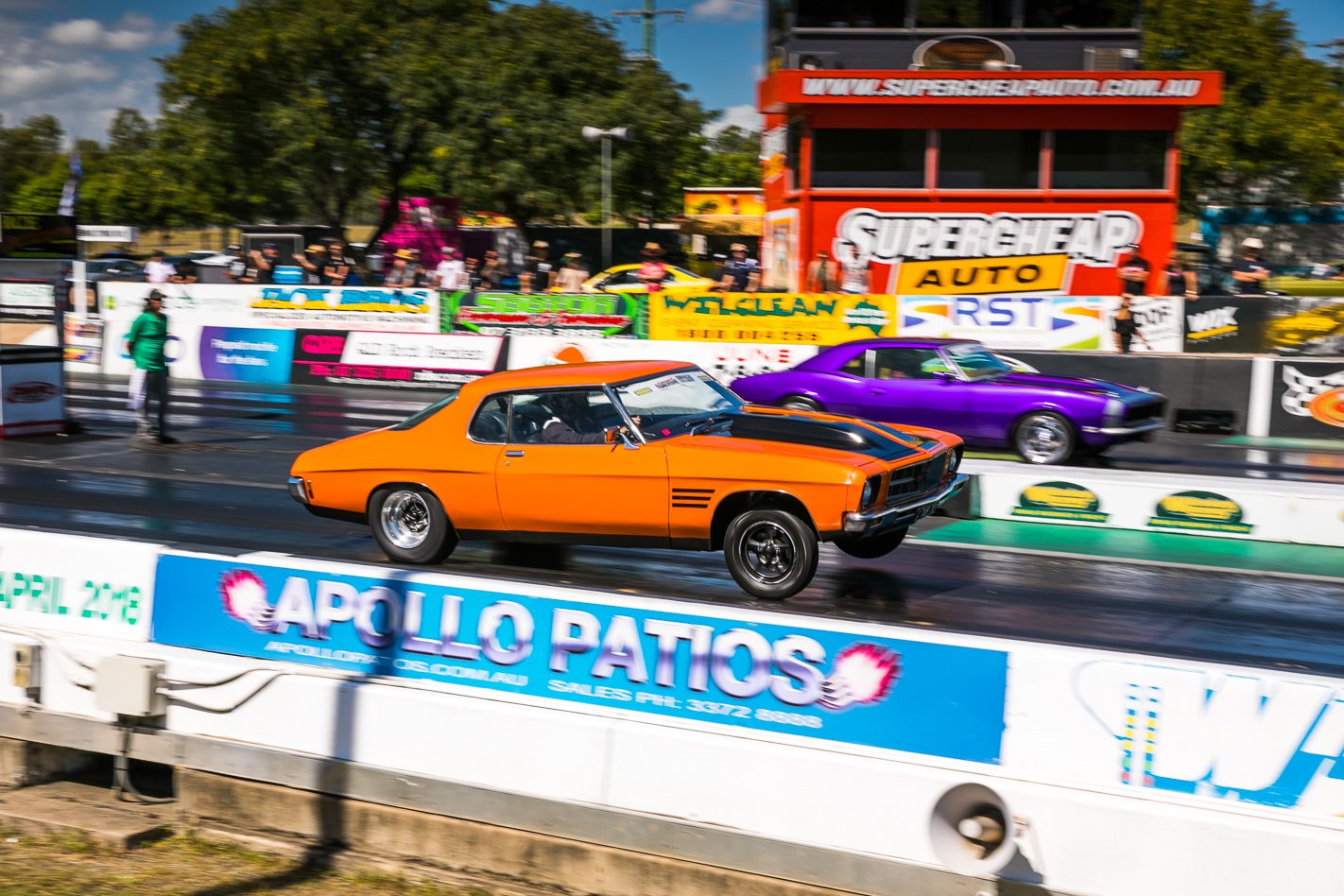 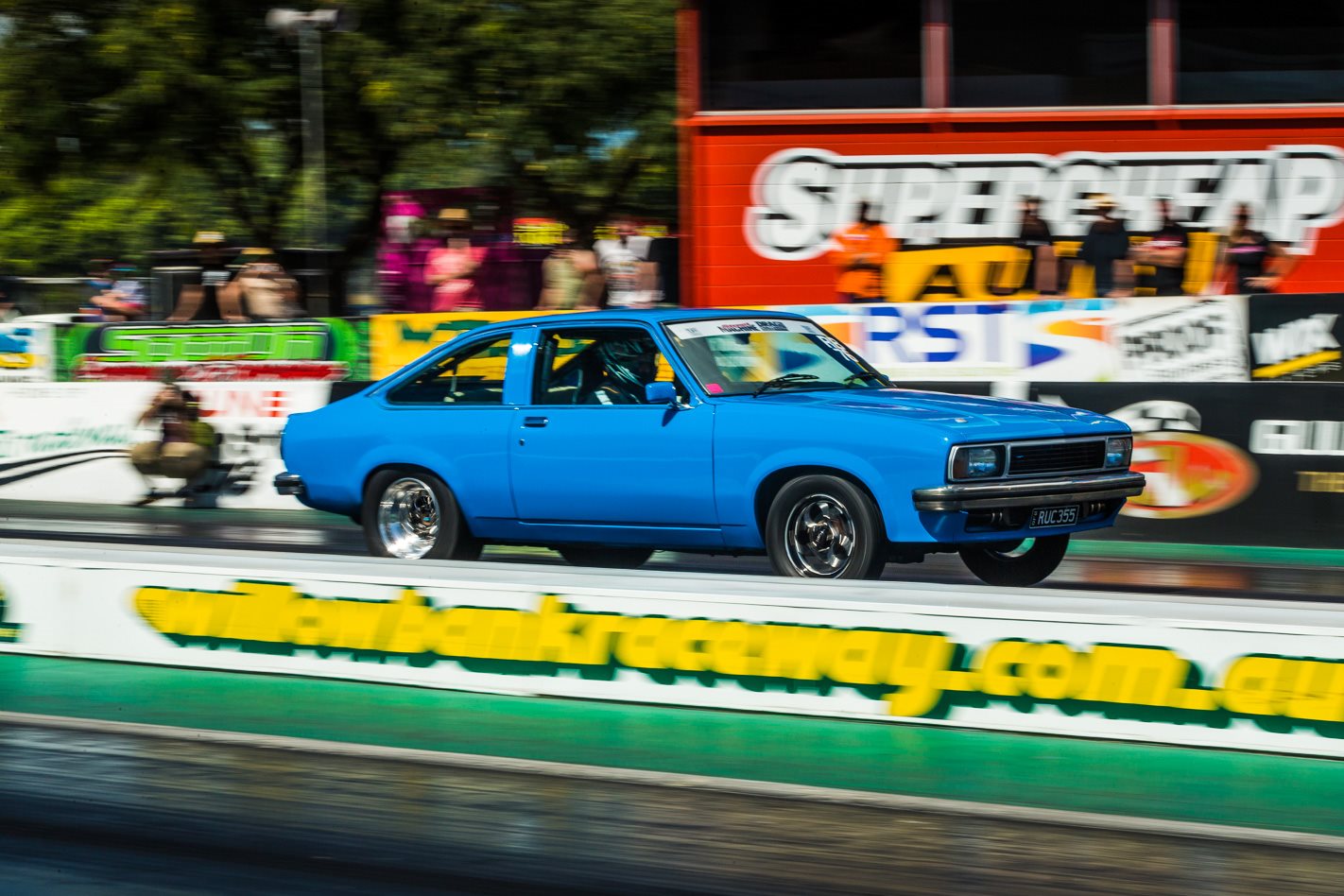 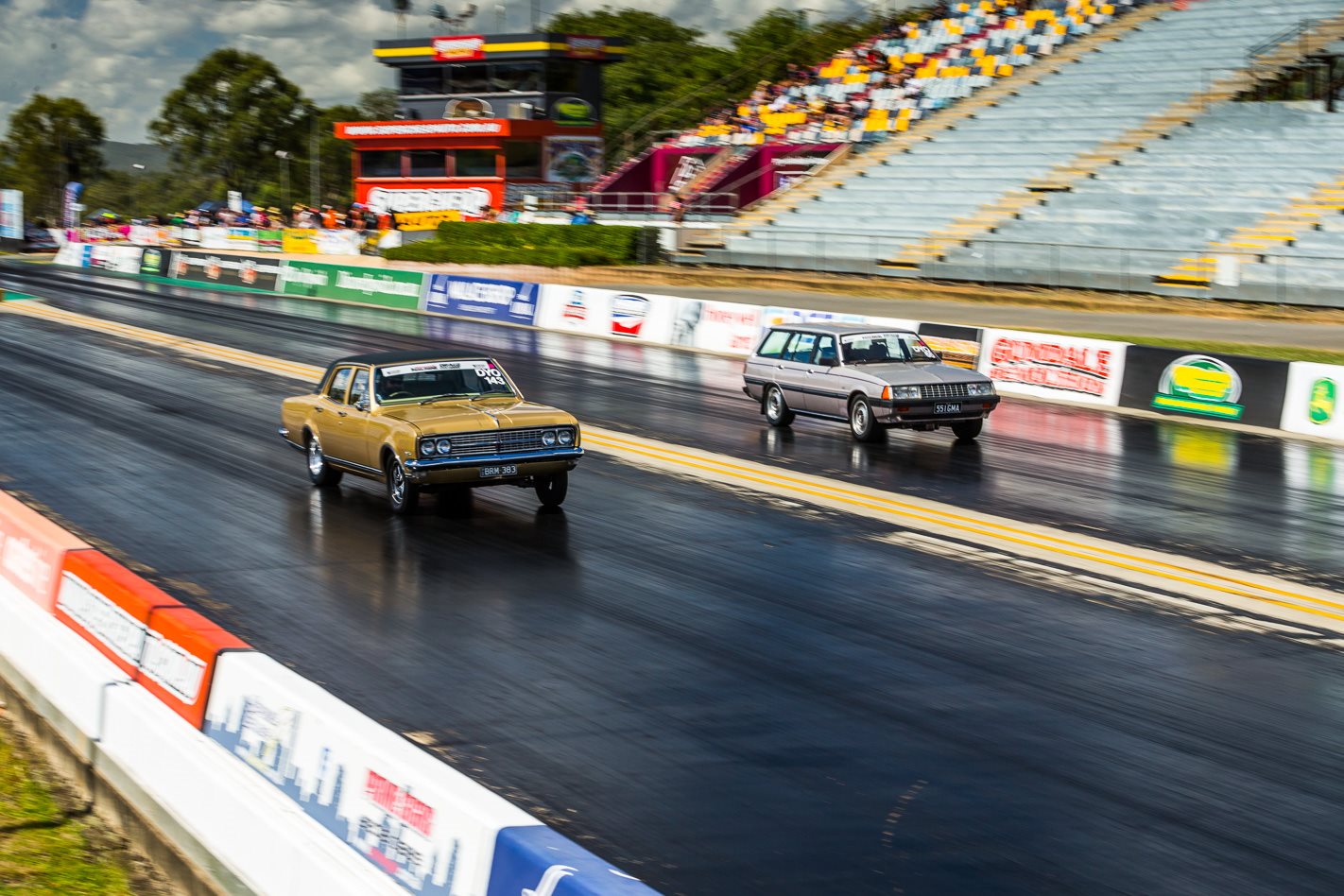 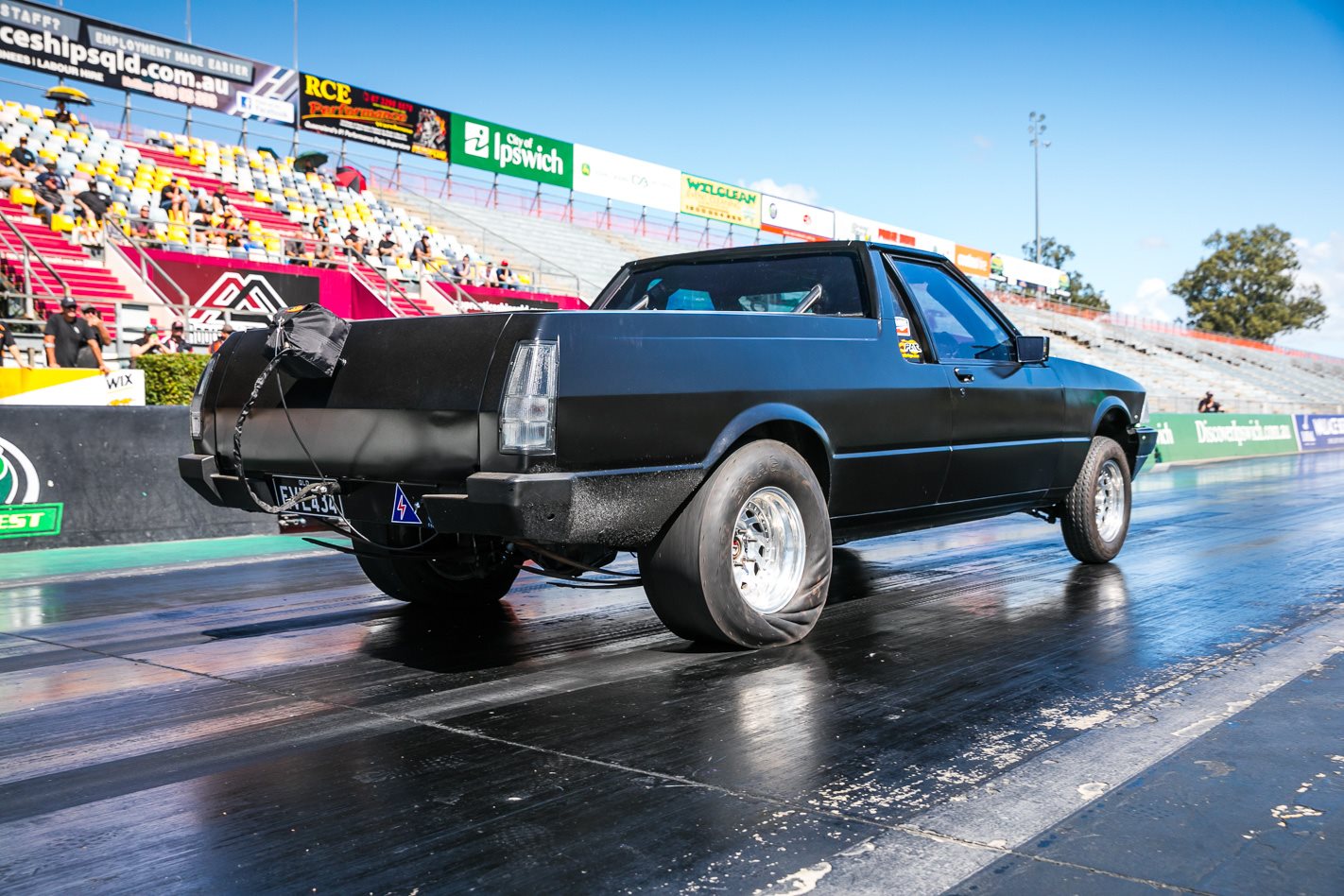