THE Queensland Hot Rod Show is one of the longest-running indoor shows in the country, and notched up its 48th event in early July. The event went into hiatus last year – after shows at the Brisbane Convention Centre in 2015-2017 – but was back this year at its traditional home of the RNA Showgrounds. 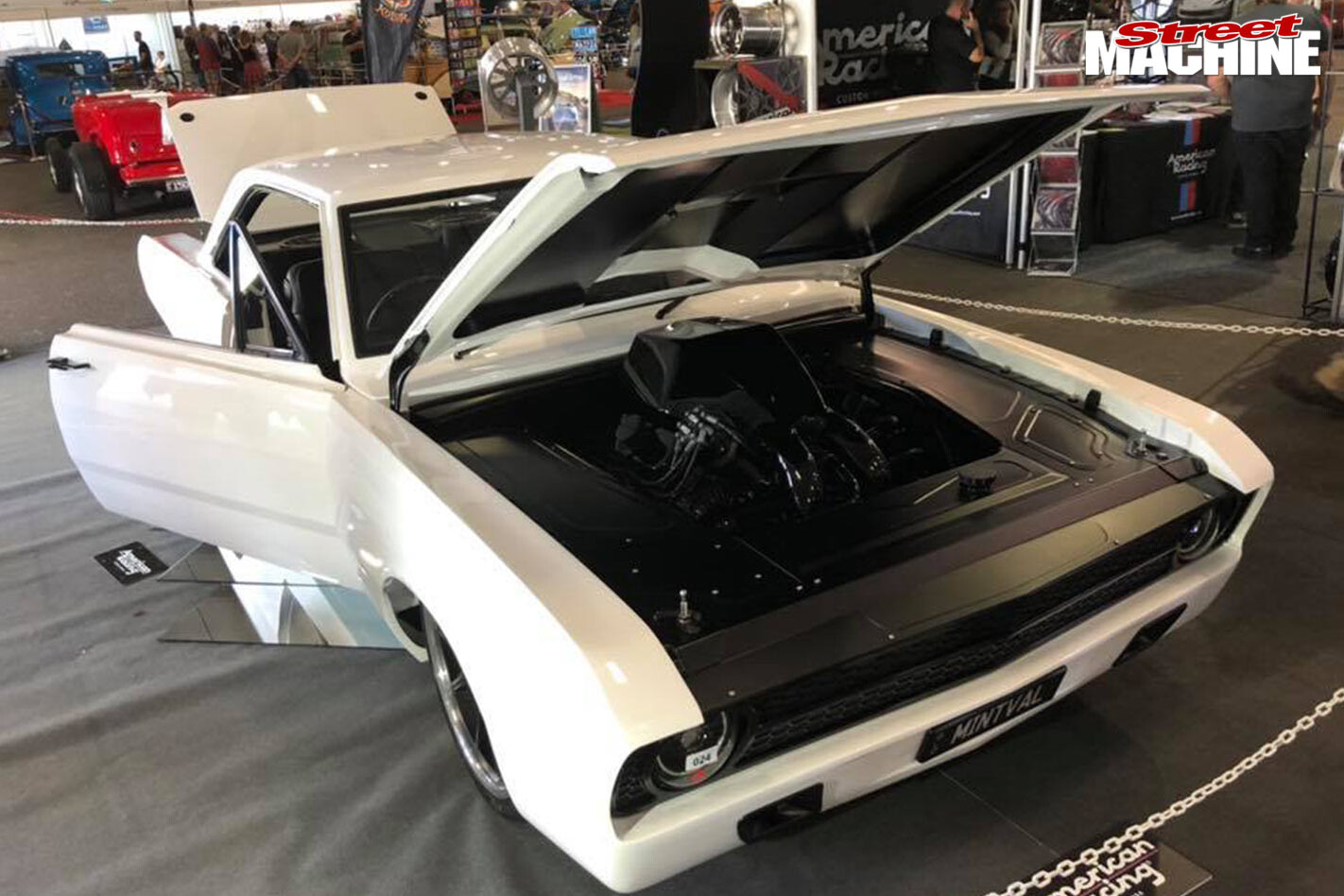 The event saw some killer cars debut, including Jason Behan’s MINTVAL VG Valiant coupe, which we featured in bare metal back in the June 2016 issue of SM. Ben Jack’s crazy Viper V10-powered ’68 Dodge Coronet also made its first show appearance and jagged the prized People’s Choice Award. Both Mopars scored invites to the Meguiar’s Superstars competition at MotorEx 2020, along with Russell Weaver’s killer ’69 Camaro and Michael Groves’s ’55 Chev.

The top prize at the Queensland Hot Rod Show is the Milty Award, which is given to the most outstanding vehicle of the show, named in honour of the late Milton Adey, who was a drag racer, senior ANDRA official, legendary commentator and mainstay of the hot car scene in Queensland. This year’s winner was Gary Coates’s ’34 tudor, which also scooped up a ton of other trophies, including Best Custom Paint, Best Interior, Best Engine Compartment, Best Undercarriage and Best Displayed Vehicle. 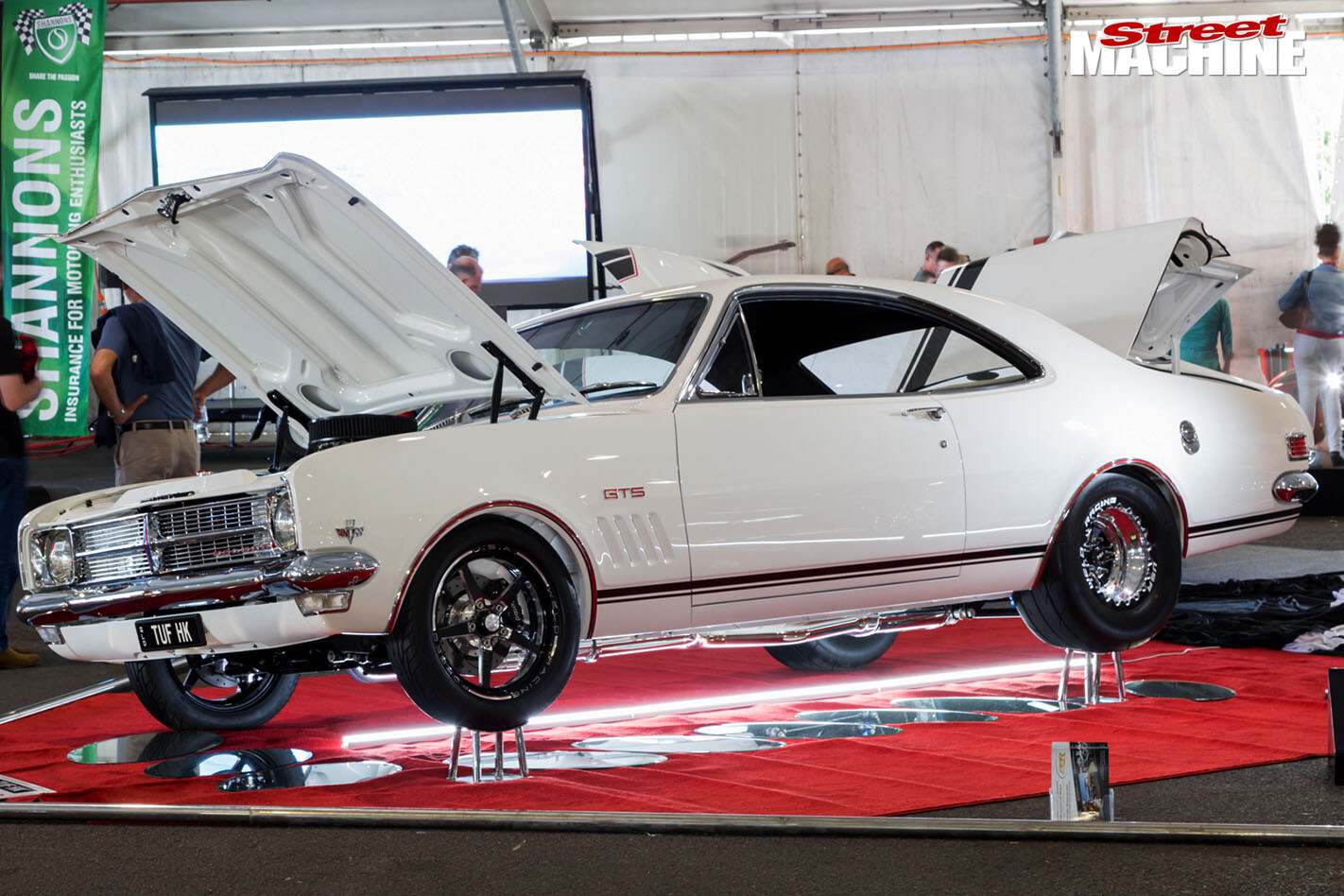 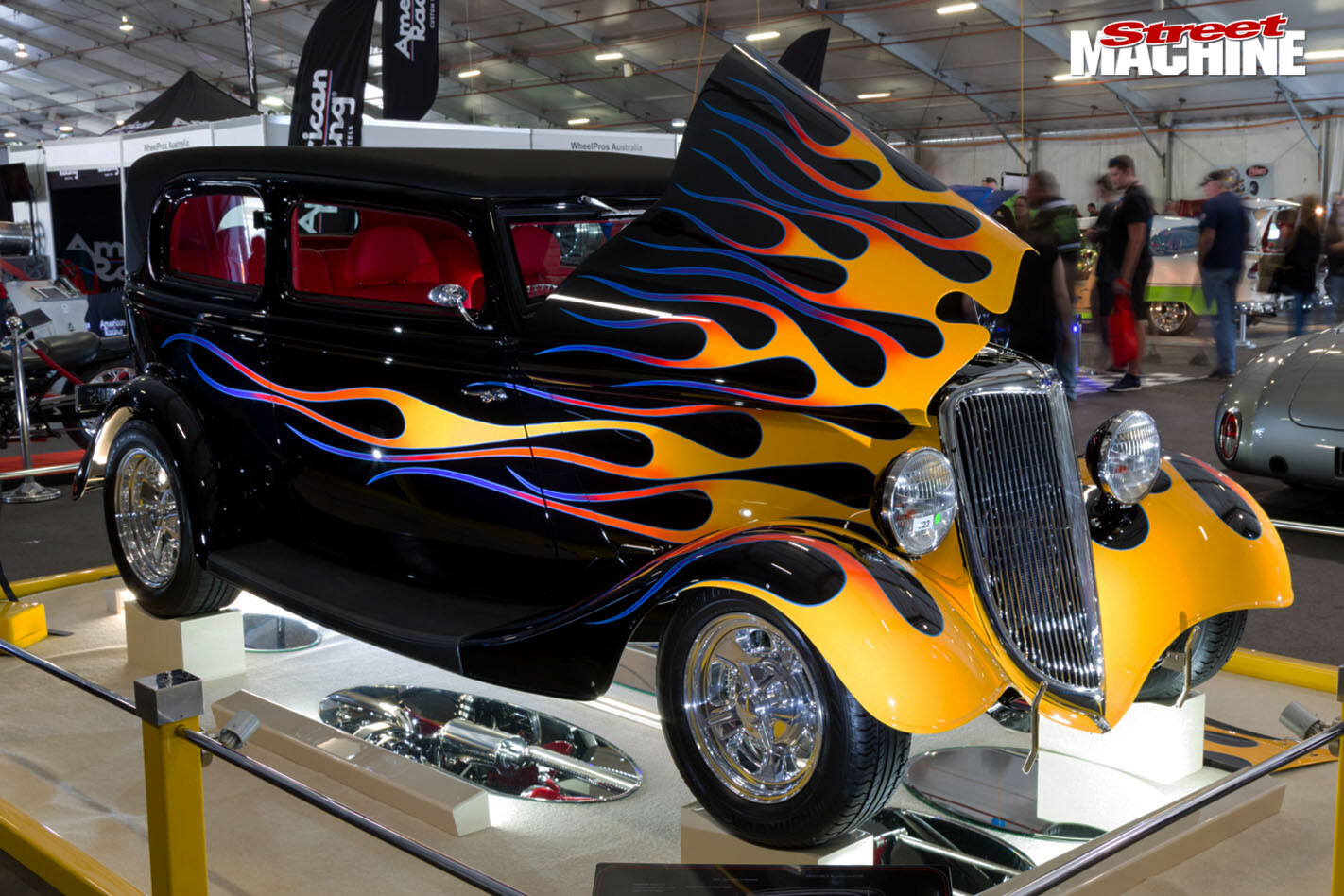 Gary Coates’s ’34 tudor was up against some stiff competition in the Street Rod class – including Dean Wilson’s MYDADS Plymouth and Rick Werner’s Summernats Grant Champ ’32, but he took out just about everything there was to win, including the Milty Award 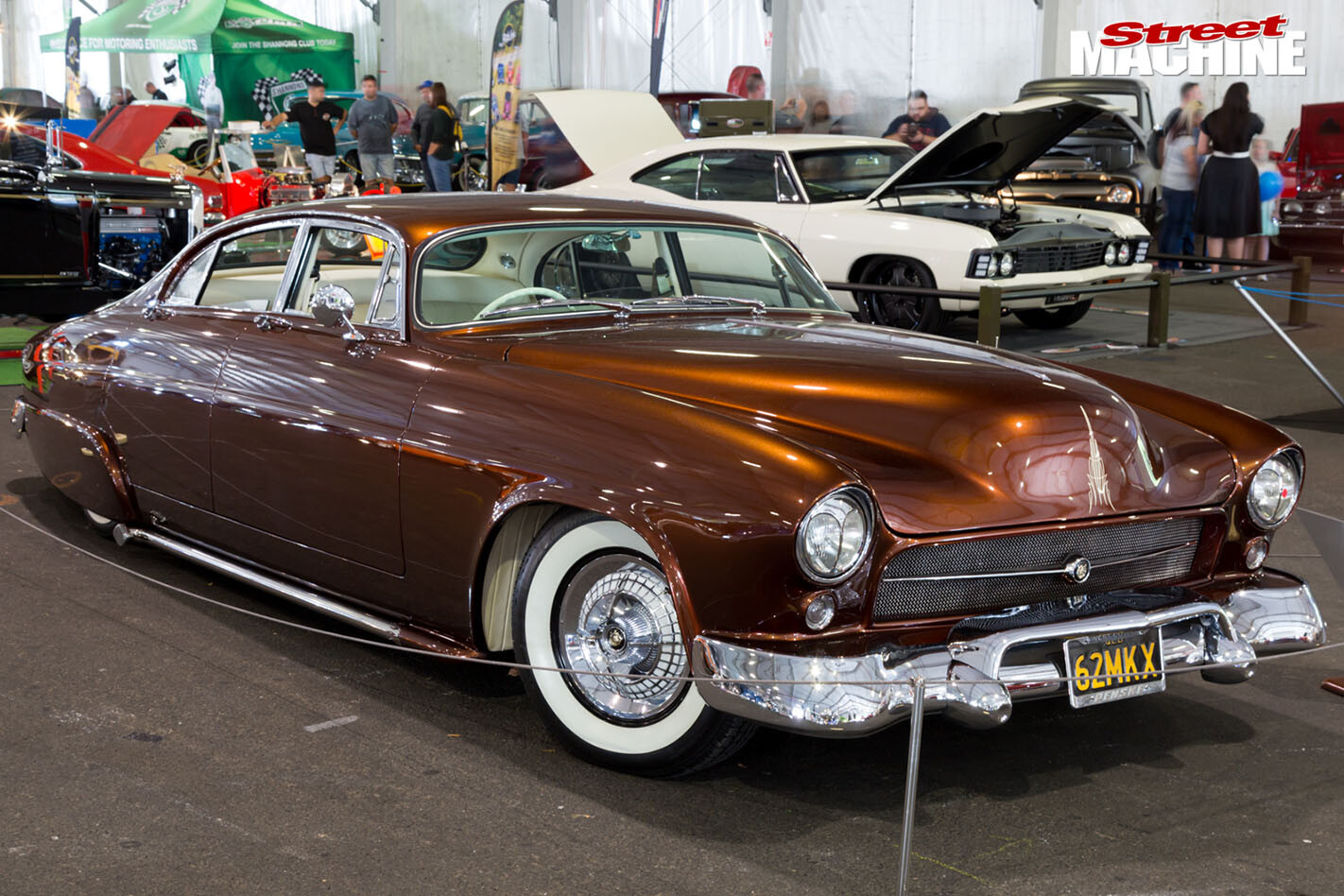 Dave Williams’s WILDCAT1962 Mk10 Jaguar is a stand-out custom, proving you don’t need to start with an American car to build a bitching lead sled 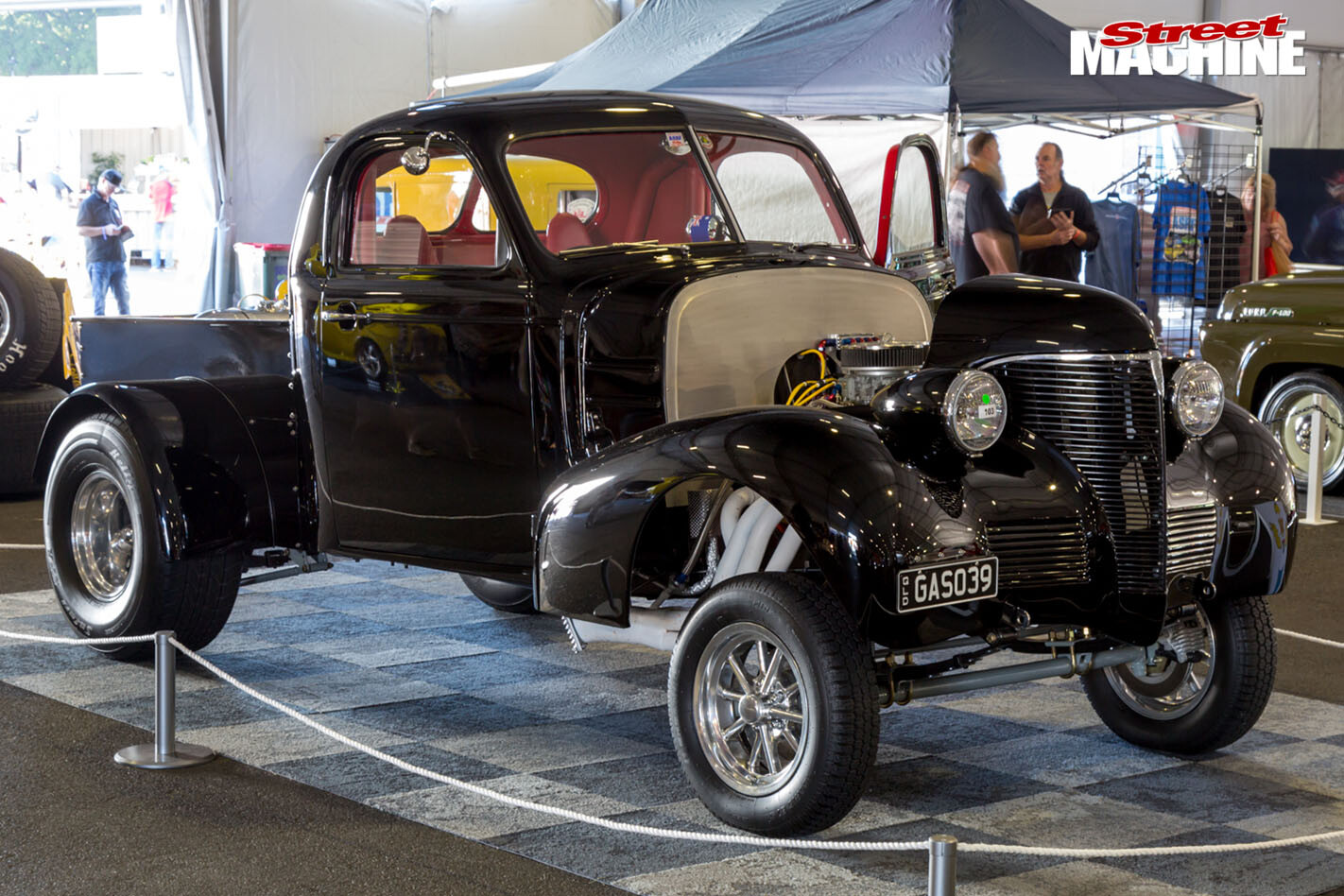 Chris Williams’s Mr Meaner III is a ’39 Chev pick-up, built gasser-style. Power is provided with by an old-school small-block, topped with fuellie heads and a cross-ram intake, backed by a four-speed Muncie rock crusher 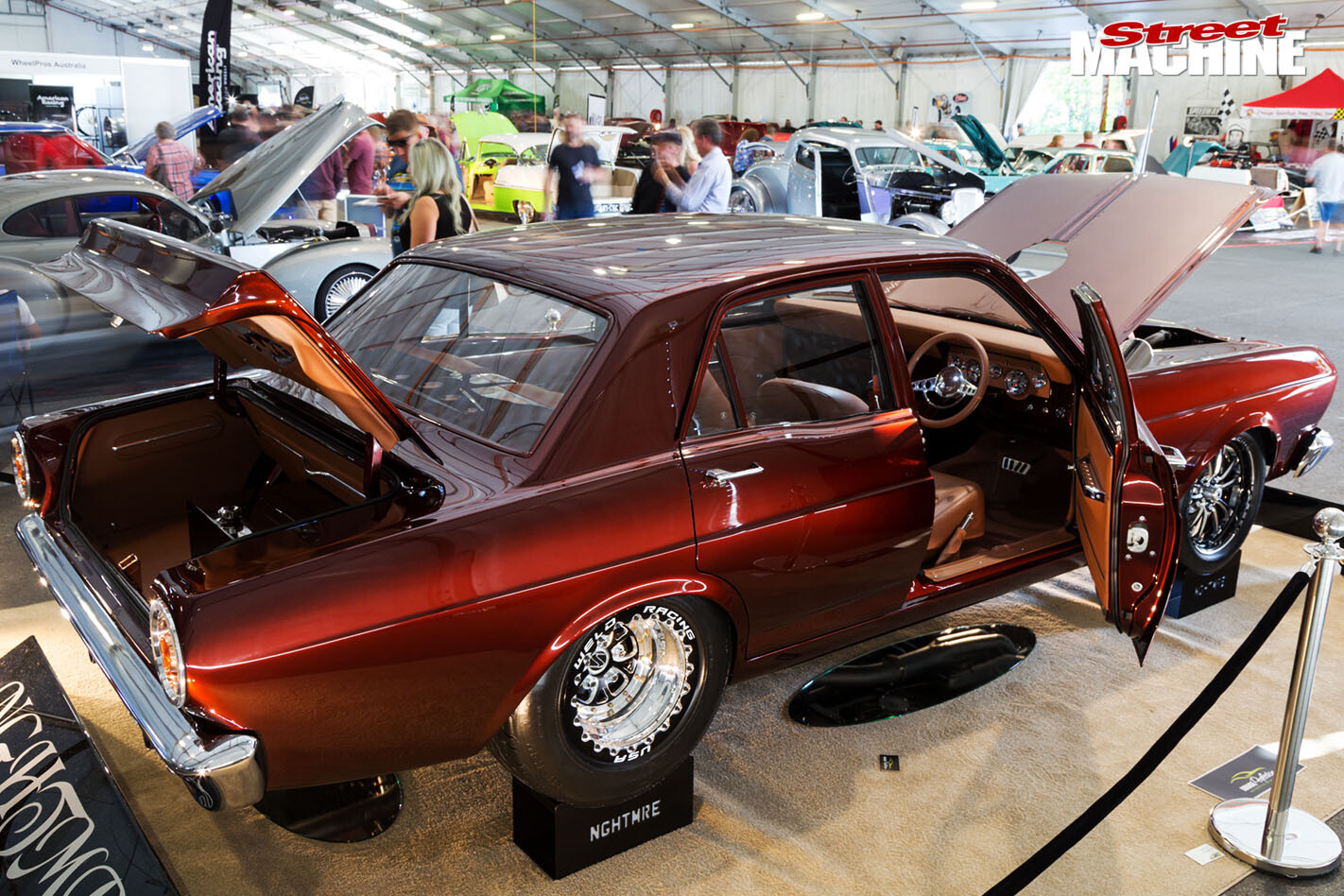