BEAUTIFUL Alice Springs is gearing up for the fifth running of the acclaimed Red CentreNATS circus, and it’s promising to be the biggest and baddest rendition we’ve yet seen. Run by the Summernats team together with the Northern Territory Government, RCN takes place from Wednesday 28 August to Monday 2 September, with an action-packed schedule to fill the hearts and lungs of those descending on the geographical heart of Australia for some four-wheeled good times.

The whole shebang takes place within a 12km radius, between Lasseters Centre of Entertainment in Alice Springs itself, the Blatherskite Park facility (Len Kittle Drive, Ilparpa) 3km out of town, and Alice Springs Inland Dragway a further 8km down the Stuart Highway. 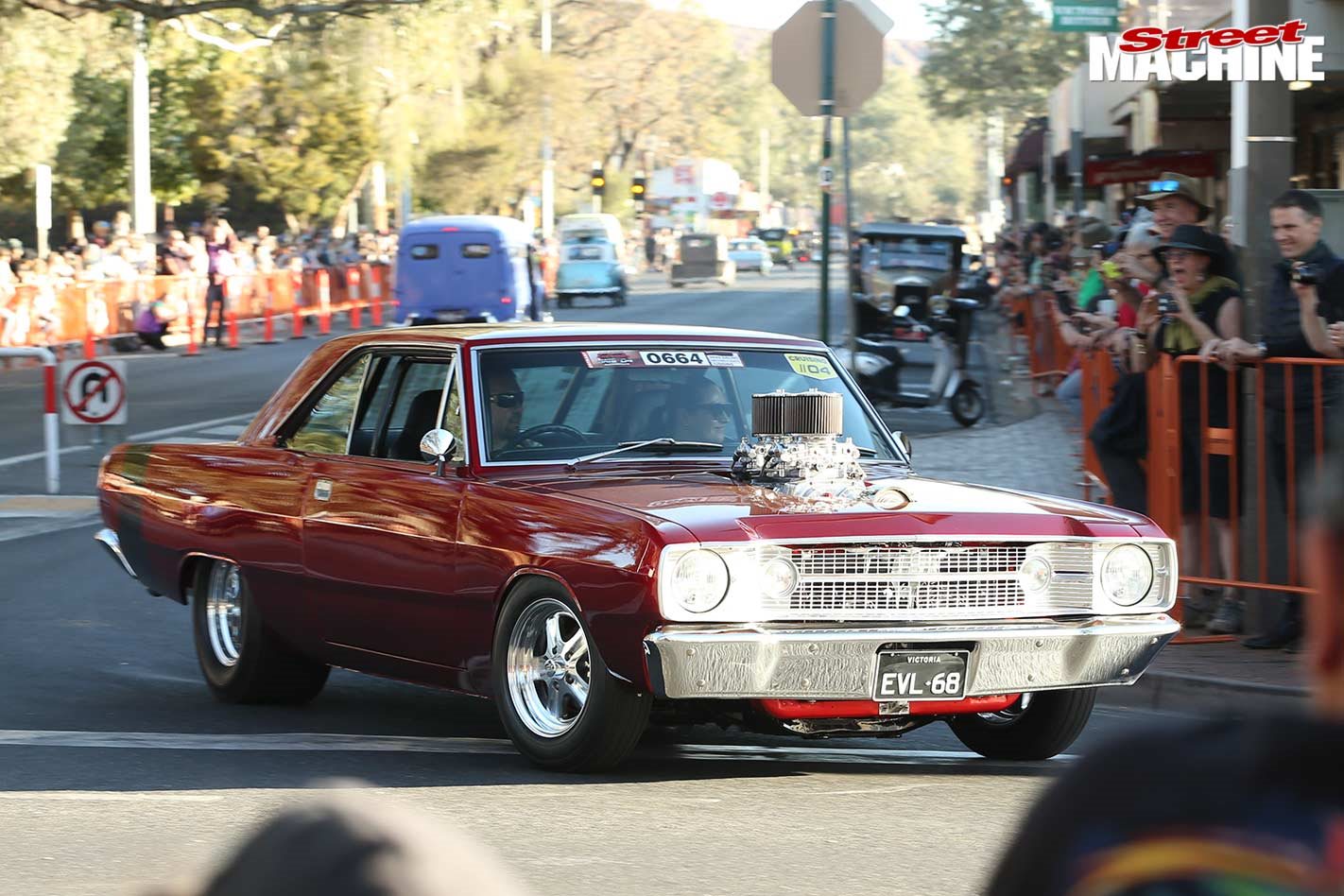 The event’s signature street cruising will again be a major drawcard, with a number of 1500+hp cars being granted diplomatic immunity to legally prowl the streets of Alice. Witnessing that spectacle alone is worth the price of admission. The burnout action will be as hot as ever, with a record entry list set to duke it out for a place in the Summernats 33 Burnout Masters, plus some serious heavy-hitters competing in the drag racing and dyno competitions, dirt-track driving, show ’n’ shine and loads more. 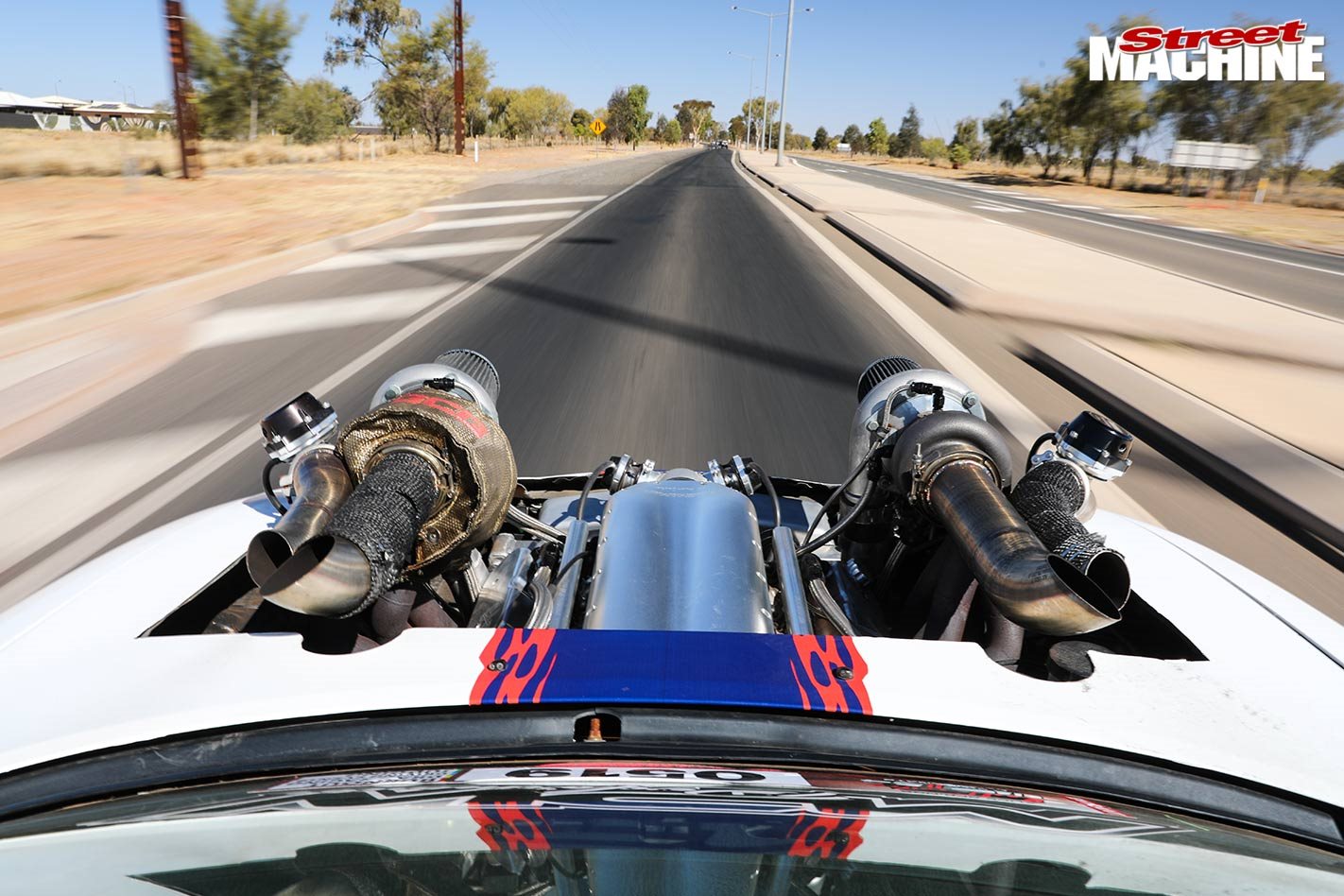 The Street Machine crew has been to every event so far, and we reckon it’s so good that we basically purpose-built our YouTube-famous MX5.7 Carnage project for it! Where else would you be able to drive a tubbed, LS1-powered Mazda MX-5 with turbos hanging out of the bonnet on the damn street?

We’ve got the full breakdown in this Survival Guide, so if you haven’t already, make sure you get your plans in place to get your butt to Alice Springs on the final weekend of August for one of Australia’s biggest horsepower conventions.

IT’S that time of year again, and it’s looking like the fifth annual Red CentreNATS is going to be an absolute cracker. 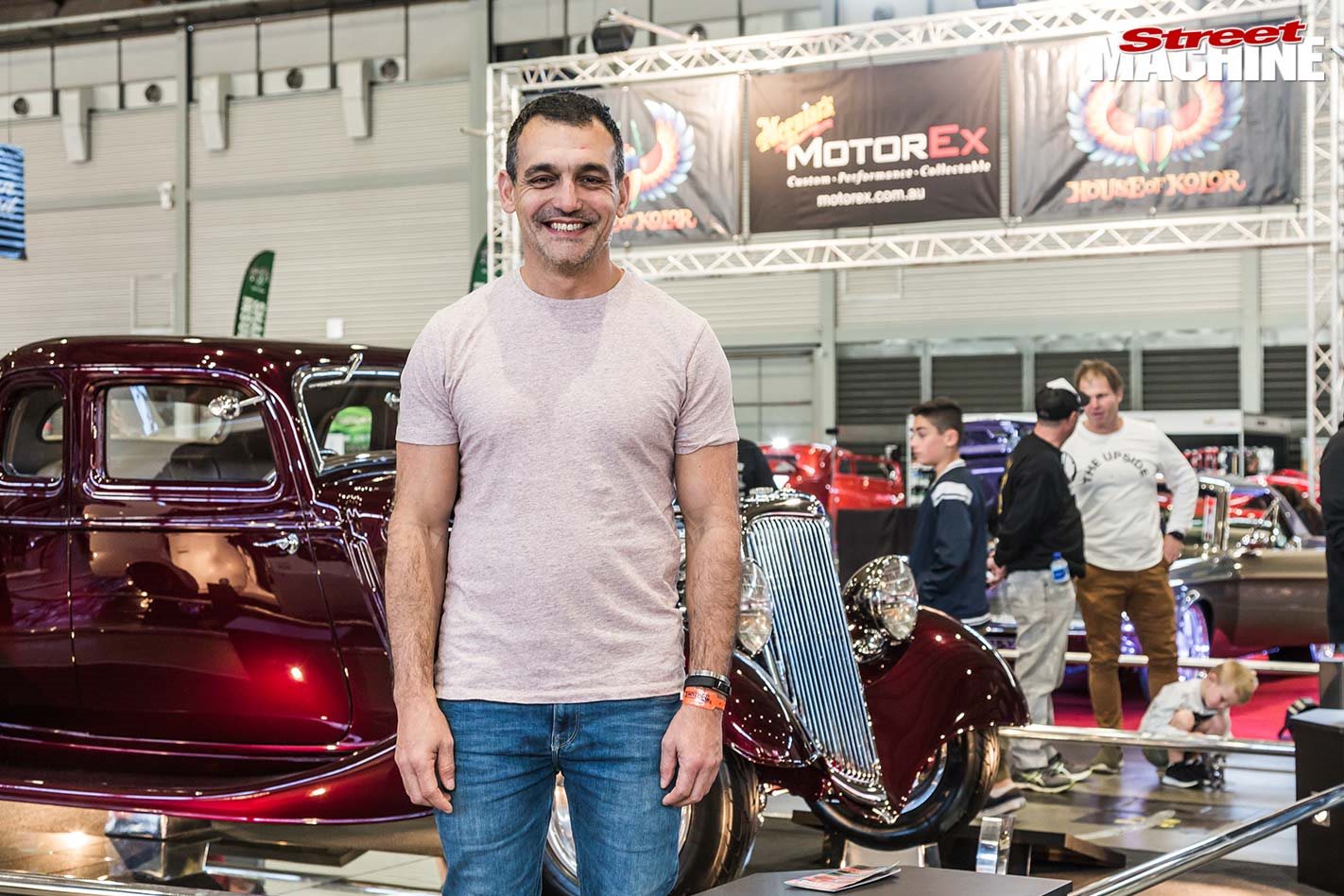 We’re always striving to improve these events year-on-year, so we’ve made some changes to the schedule and added a few more elements to RCN to really give it that extra kick.

The Street Parade will take place once again on Saturday evening, but we’ve decided to move the Saturday-night concert to Sunday night to follow up the Podium Party, with Hot Dub Time Machine headlining proceedings.

The drags will be even more hotly contested than usual, with the new Heavy Hitter category for this year that’ll see competitors duke it out for some serious dough, starting on Saturday night and continuing with the Pro and Street drags on Sunday morning. 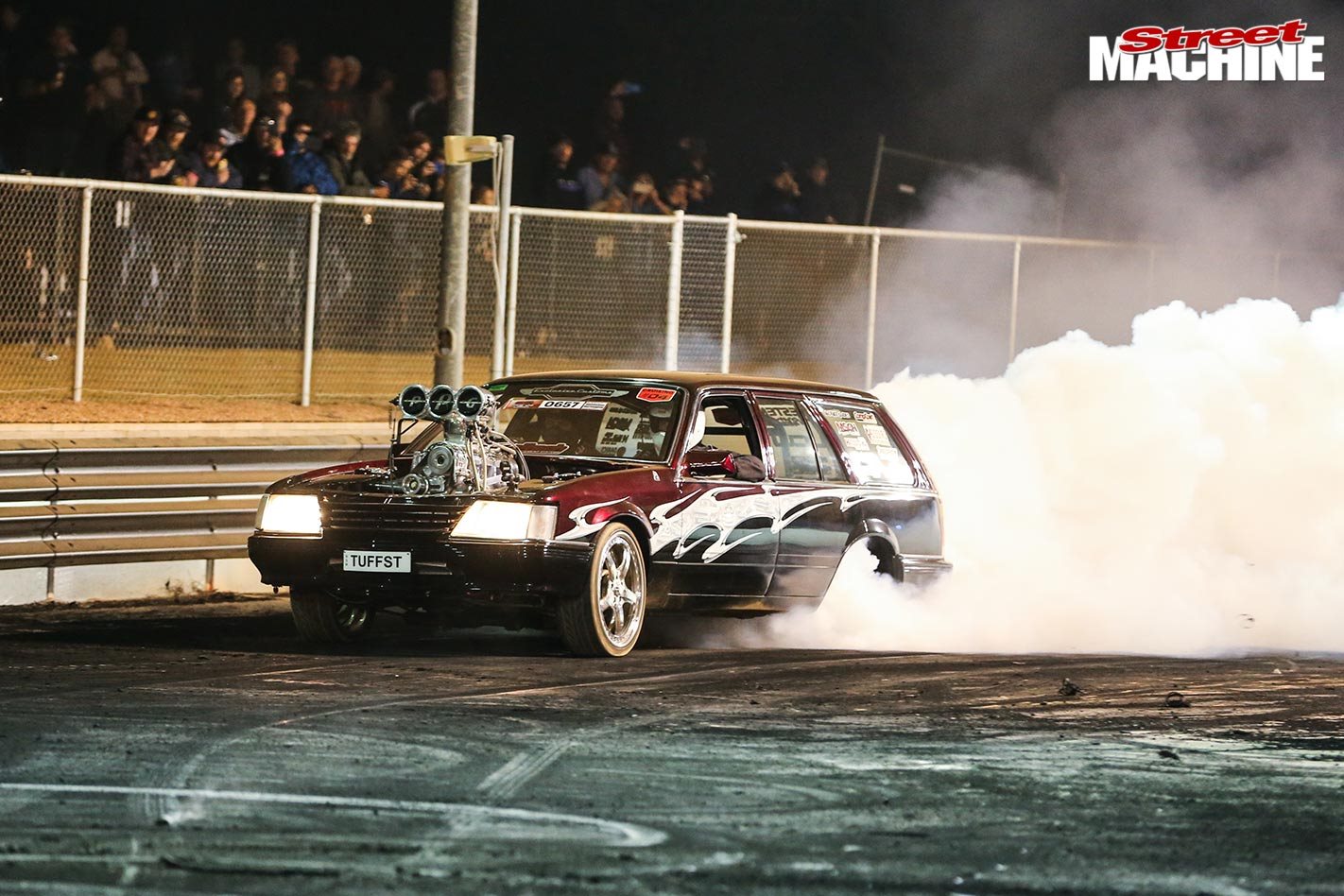 The skids are split into the Burnout Competition and the Burnout Masters as per usual, but the Masters will field its biggest entry list ever, with three Summernats 33 Masters Golden Tickets up for grabs. The qualifying runs will take place on Friday, with the final shootouts in both categories coming to a head on Sunday afternoon.

The Red CentreNATS Grand Champion award will be up for grabs once again, and on top of the Street and Elite beasts in the show hall, there will also be the show ’n’ shine running outside, plus a 4WD course, dyno cell, grass motorkhana and tar khanacross.

It’s shaping up to be the biggest and baddest RCN yet, and we can’t wait to get there and have some fun! 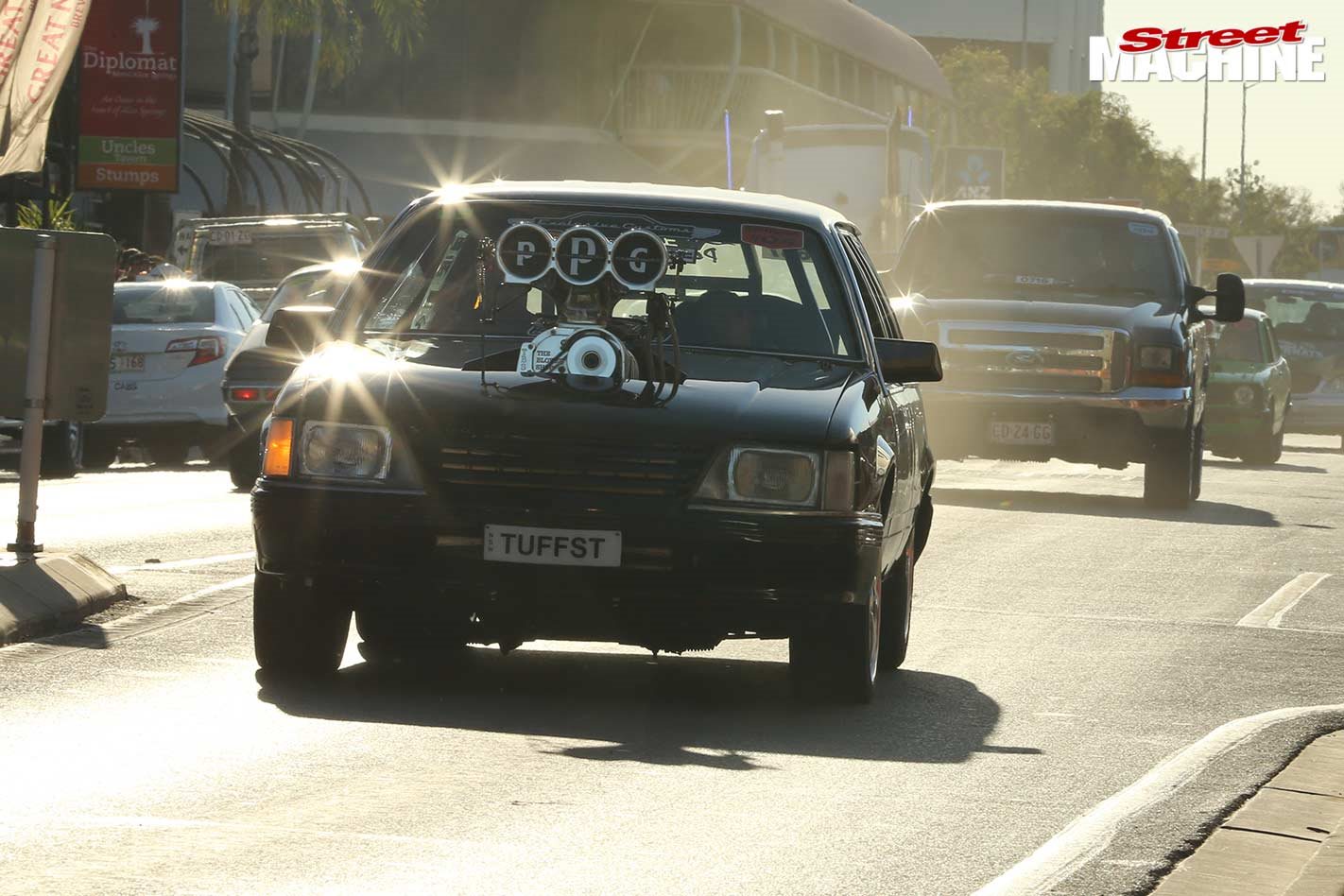 ARGUABLY the coolest part of Red CentreNATS is the freedom of the street cruise, allowing entrants to drive just about anything they bring on the public roads of Alice Springs for the event’s duration, registered or not. There are three different levels of permits and three different routes, depending on how obnoxious your pride-and-joy is. This means you can take your 1200hp tyre-muncher through the Macca’s drive-thru without the constabulary giving you the stink-eye, and can paint the streets of Alice Springs with some serious horsepower all weekend long. 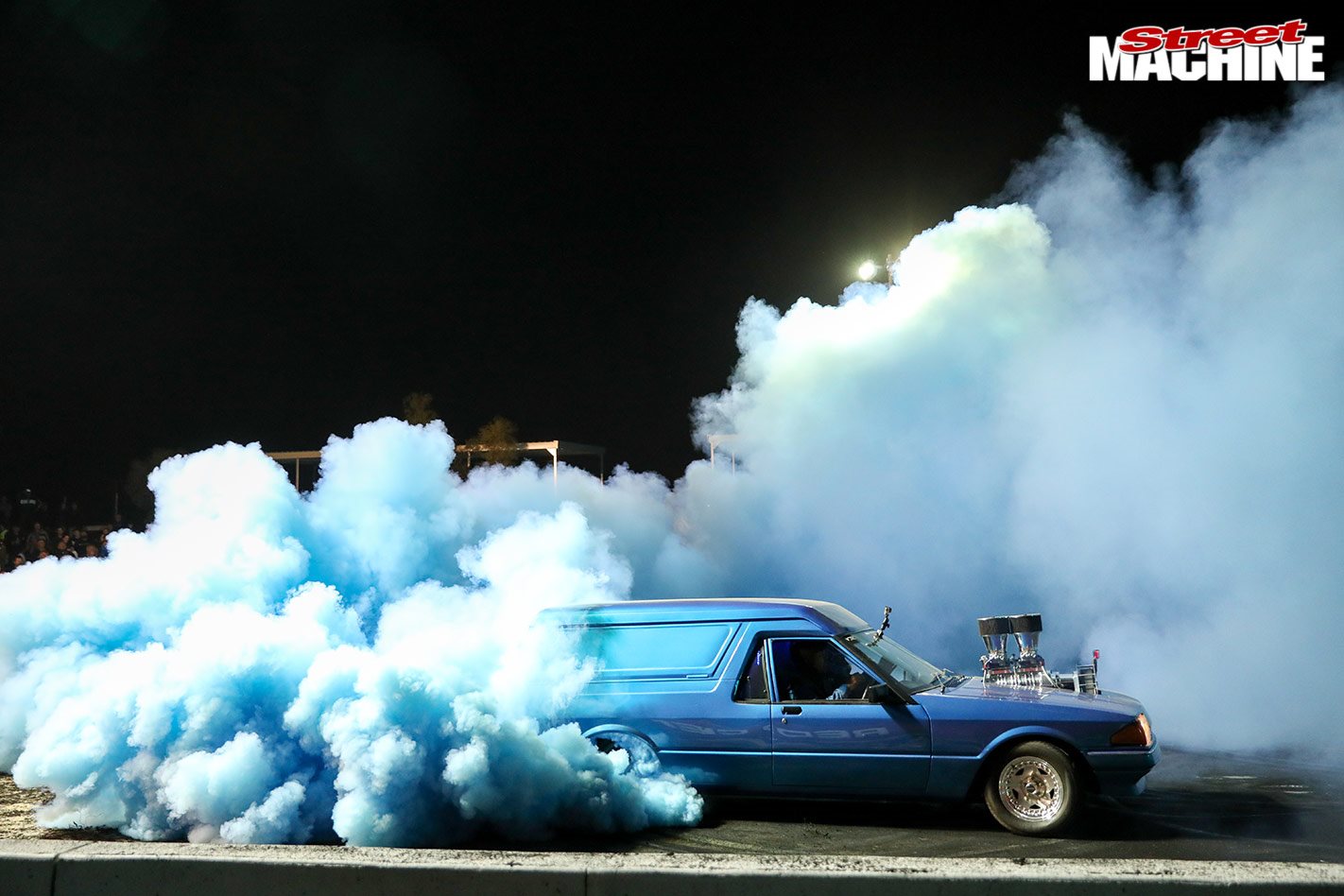 BURNOUT action hits a whole other gear this year at RCN, with the biggest Masters field in history battling it out in a red-hot torture test for a chance to grab one of three Summernats Burnout Masters Golden Tickets. Qualifying gets underway on Friday for both the Masters and Competition classes between 5:30pm and 11pm, before the finals on Sunday afternoon from 12pm to 3pm. 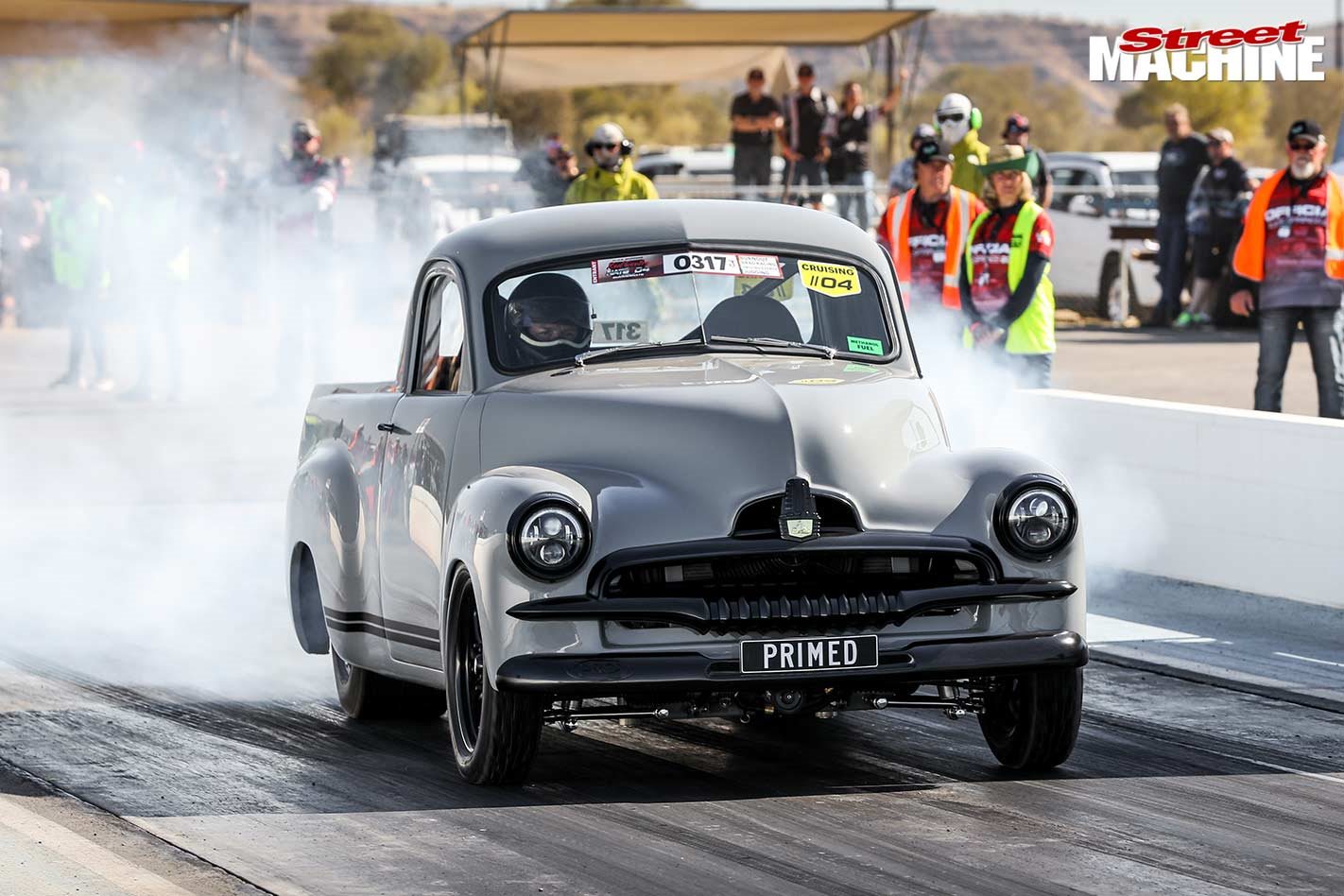 THE drags will once again head over to Alice Springs Inland Dragway, with the first of the action kicking off at 9am on Saturday for Grudge Racing. Saturday night sees the new-for-2019 Heavy Hitter Invitational comp hit the strip, with bucketloads of prize money, as well as Damien Kemp’s Fairlane and Stephen Biggs’s ’56 Chev gassers, along with last year’s RCN Grand Champion, the PRIMED FJ ute, plus loads more! The drags continue on Sunday morning, with the Street and Pro classes from 9am. 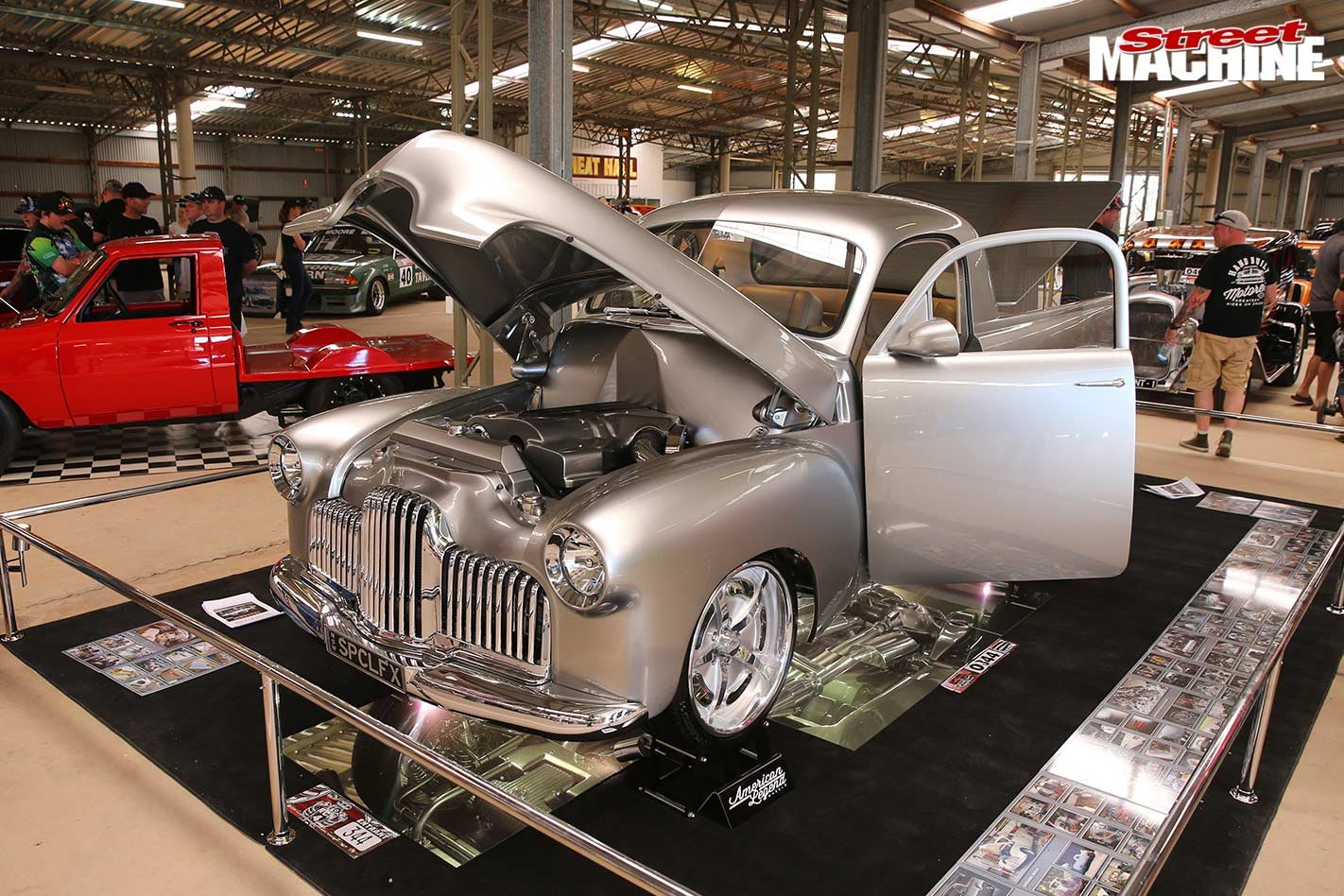 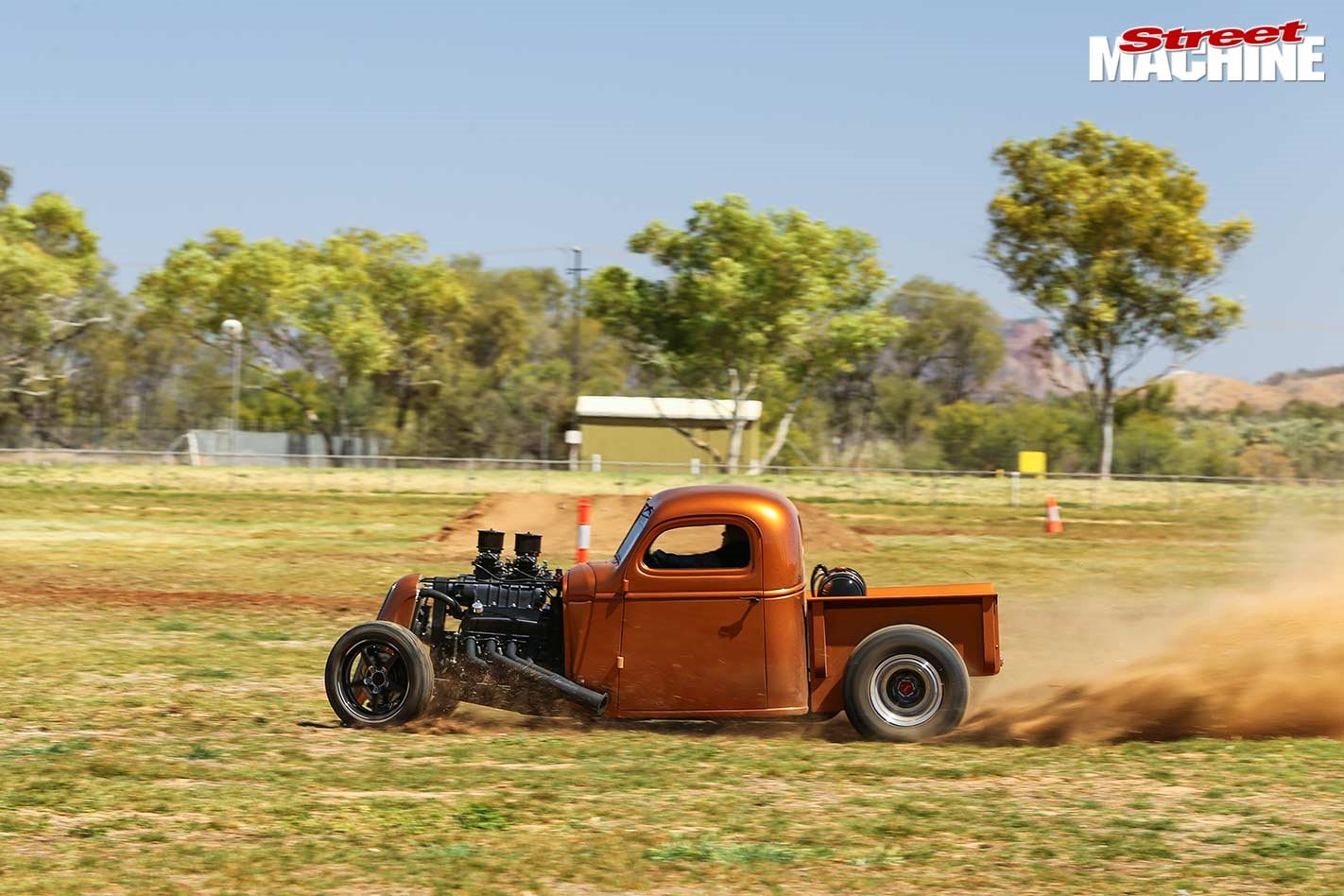 IT’S not all glitz and glamour at RCN, with the Grand Champion contenders and other entrants getting down and dirty for the grass events, as well as a tarmac khanacross to really give competitors’ forearms a workout. The grass driving events kick off on Saturday at 9am, with the tarmac khanacross following up at 9am Sunday.