IT’S that time of the month again! We’ve cooked up a ripper mag this month, featuring Shane Keene’s blown Chev-powered EH Holden ute on the cover. Elsewhere you’ll find the latest behind-the-scenes goss on our Carnage Ford Territory video, some snaps from Geelong’s All Ford Day, Racewars in Western Australia, your 2018 Meguiar’s MotorEx guide, and a healthy dose of feature-car goodies. You can’t miss Shane Keene’s retina-searing red EH Holden ute on cover of the May issue. Dressed in red inside and out and finished off with chrome wheels and an all-chrome 400ci blown small-block Chev under the bonnet, this thing’s farm duties are well and truly over. 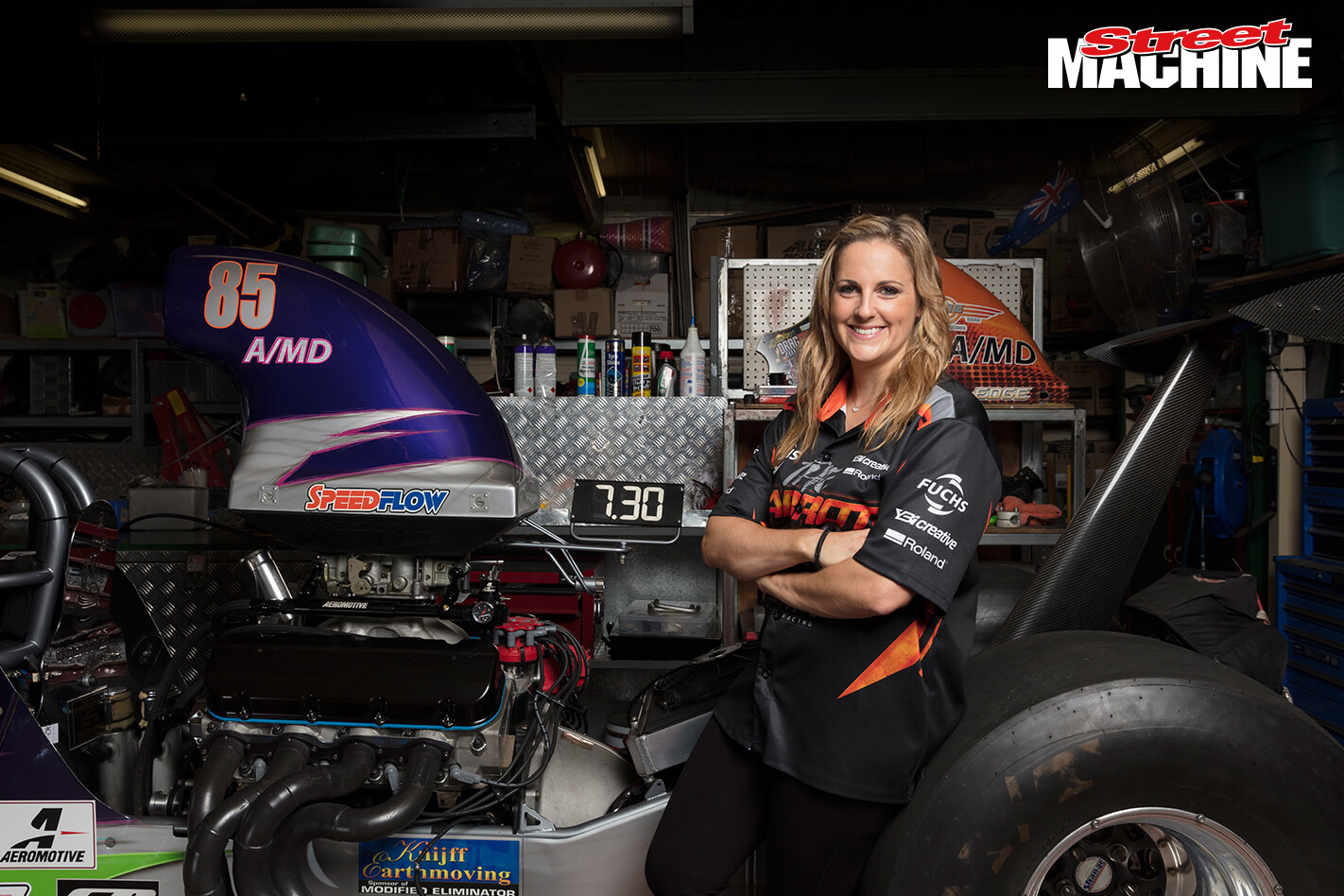 In Legend we chat to Kelly Bettes, Australia’s quickest female drag racer. Kelly is just four competitive meetings into her Top Fuel career behind the wheel of the Lamattina Racing dragster, and has already had two event wins and claimed the quickest 1000-foot pass this country has ever seen, laying down a 3.83@308mph. Jarrod Wood’s XT Falcon has proven to be a tough and reliable street-and-strip beast, having completed Street Machine Drag Challenge 2017. It’s also incredibly well finished, and quick too, having run a PB of 10.06@133.74mph thanks to a stout 688hp Ford Motorsport donk built by Craig Smith. In this issue you’ll also find a bonus fourth part to our ‘three-part’ Holden Commodore history series. In this final instalment we’re looking at the birth of the all-Australian VE Commodore, the first ever clean-sheet Holden Commodore design. We’ll also look into the development of the VF, the final Australian-designed and built car. Simon Peryer’s Lotus Cortina tribute proves once again that, with street machining, what you see is not always what you get. Gone is the original four-cylinder engine, replaced by an SVO alloy-headed Windsor boosted by a ProCharger! Best part is, it all fits under the bonnet. Nick Andreula is a millennial, but as his gorgeous HG Premier proves, he’s not averse to a little old-school class – especially if it runs low 10-second quarters! It took Nathan Patterson a year to build his first Summernats Top 60 elite car, but only eight weeks to knock out his second, transforming an archetypal nanna-mobile into a fearsome tyre-destroyer. It might not be able to do wheel-spinning, tyre-smoking wheelies, but Frank Bergamin’s blown big-block powered Dodge Charger is definitely fast and furious!

You’ll find all of this and more in the May 2018 issue of Street Machine, on sale now!