IT WAS a big night for racing last Friday night at Calder Park as hundreds of Melbourne’s tough street cars turned up to make the most of the cool temperatures and a sticky track. We saw multiple seven-second passes from stout streeters and plenty of variety to spice things up. Maria Passos was back with her Falcon, which is one of the quickest street-driven XR6 Turbos in the country. She wants to be the first person to run a seven-second quarter in an XR6 Turbo street car, and she came so close on Friday night, running 8.19@174mph! Adam Rogash and Luke Foley from MPW Performance had both the ALLSHOW VK and Luke’s VH Commodore out racing. But Adam wasn’t driving ALLSHOW; he had good mate Jesse Boothroyd handle driving duties while he tuned a couple of customer cars. We reckon Jesse may have needed a change of underwear by the end of the night! On his first pass, the car zig-zagged through the top end of the track and went 8.02. By the end of the night he ran a 7.90. Jesse’s previous quickest quarter was a high eight in his HZ Holden. Luke’s twin-turbo LS VH Commodore came close again to running a seven, but had traction issues through the top section of the track. He reckons a change to Pro Bracket radials is the reason he struggled to put the power down. Danko Knezevic from Adicted Performance had his twin-turbo Windsor-powered Ford Capri out, and managed to run a 7.92@176mph. Danko has recently made a few suspension tweaks and clearly it’s paying off! 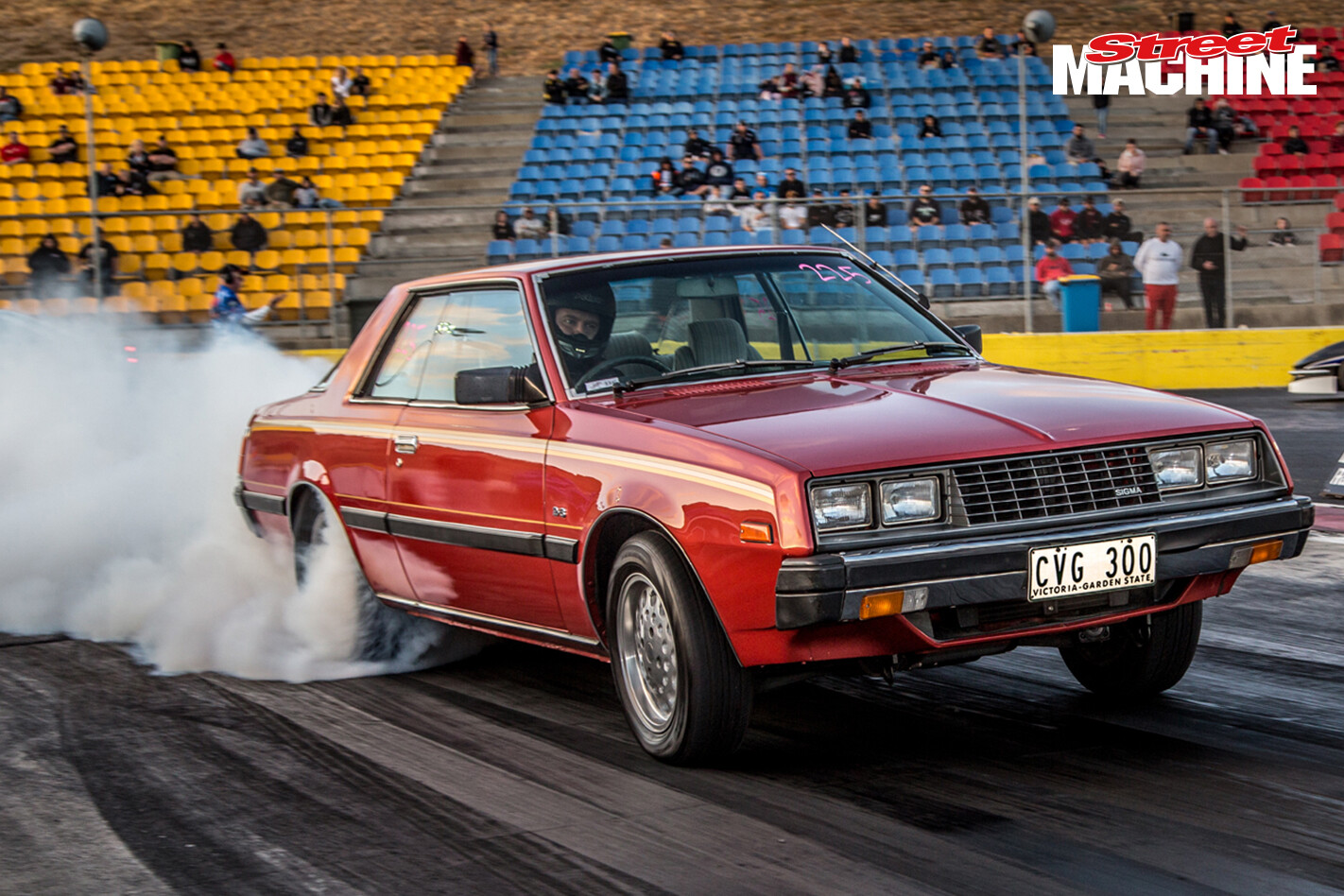 Jason Ghiller and Vince Riccotti own one of our favourite sleepers – this VG30-powered Mitsubishi Sigma Scorpion! They had it on the dyno earlier in the week, running up to 567kW at the hubs on 41psi. At the track Jason ran a couple of 9.40s before being booted for not having a rollcage. Jason and Vince reckon it would go quicker if the converter wasn’t so tight – it’s the first time they’ve raced it! 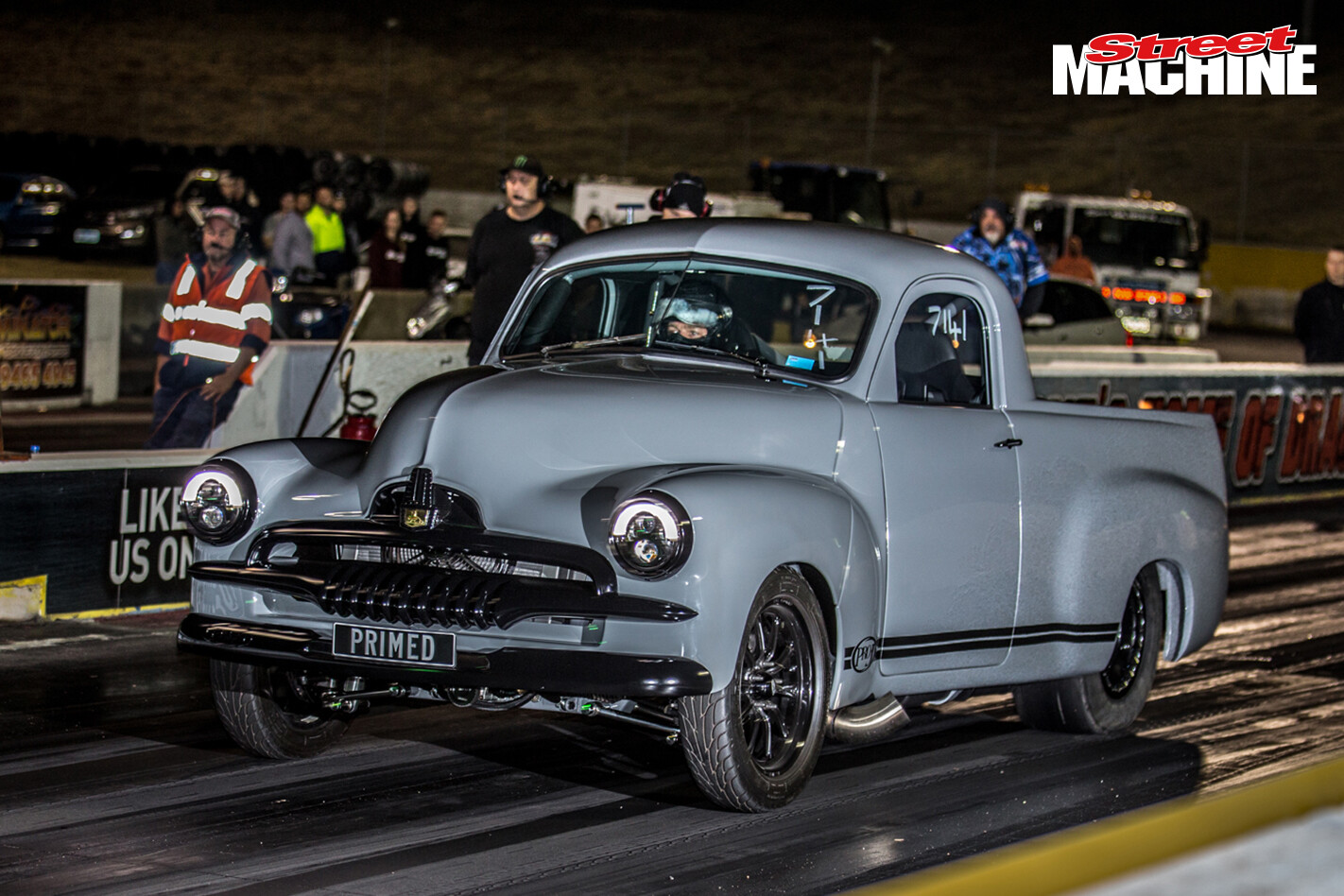 Troy David once again came down from Darwin to race his FJ Holden ute, PRO-J, which has been residing at MPW Performance in Melbourne recently. Friday night was his second time racing, and the twin-turbo LS-powered ute reeled off multiple eight-second passes and looked epic doing it. Matt Lampard came across from Warrnambool to race his twin-turbo LS-powered HZ Kingswood, LUMPER. He has recently switched to CO2 boost control, but didn’t really get to test its effectiveness because his transbrake button broke before his first run – it was a footbrake racing night for him!