HOT Rod Drag Week is the toughest street car torture test on the planet. Like our Street Machine Drag Challenge, which was inspired by Drag Week, the event requires competitors to race their cars at five tracks over five days and drive on public roads in between them. Drag Week has been running for over 15 years now and has evolved to host multiple six-second cars, and competitors come from all around the world, not just the United States. This year nine Aussie teams made it to the startline, and SM had a team on the ground following them the whole way. From narrowly avoiding a massive cyclone to running deep into the sixes, the week was filled with highs and lows for everyone involved. John Faraone was our most successful finisher, completing the event with a seven-second average. Australian-born US Top Fuel pilot Richie Crampton’s Top Alcohol-powered ’57 Chev ran a six with teammate Jonnie Lindberg behind the wheel, but Richie didn’t finish the event due to Top Fuel commitments that weekend. 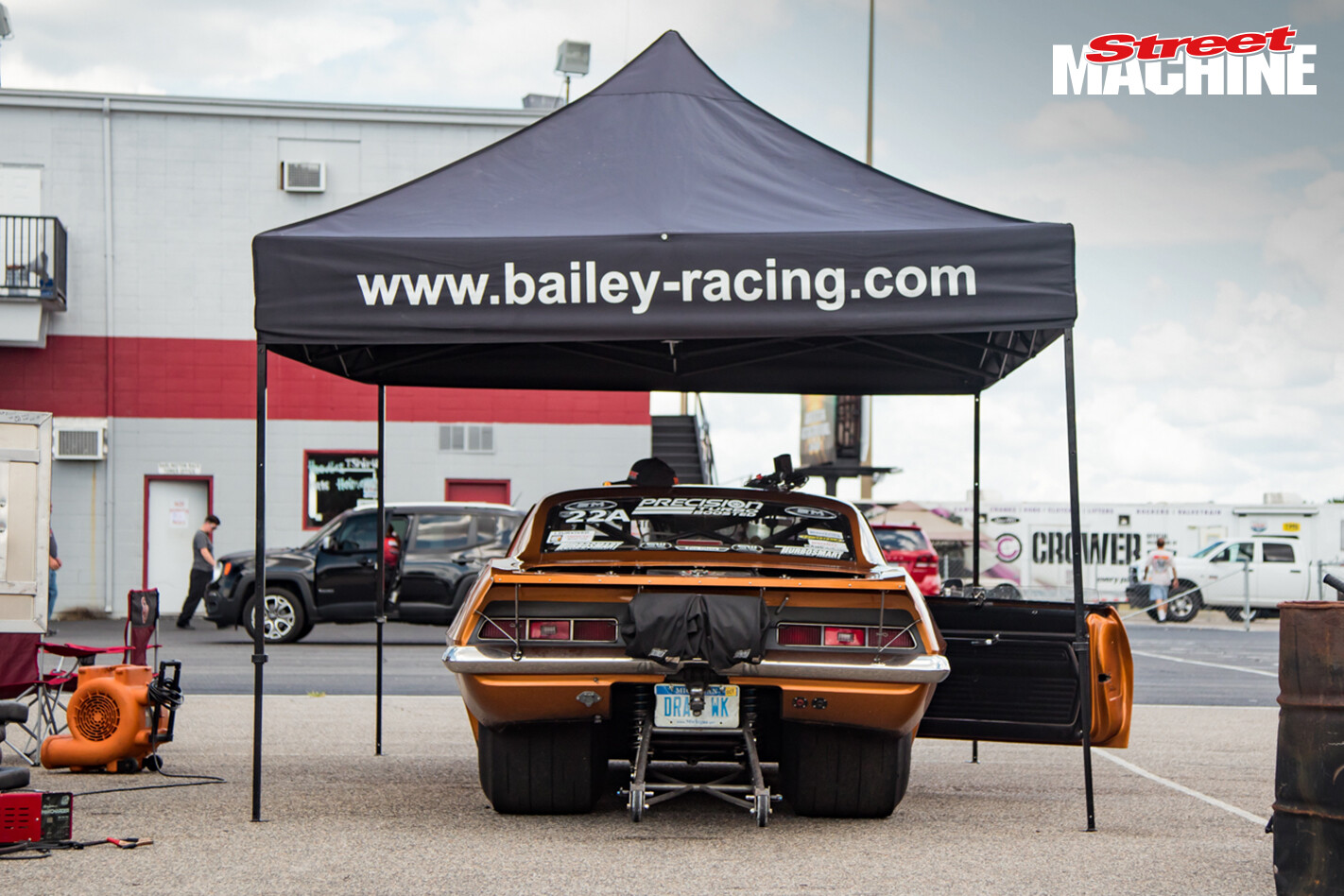 At the front of the pack, all eyes were on Tom Bailey. Tom had won two previous Drag Week events over the years in a couple of different cars. This year he dragged out his six-second ’69 Camaro, which hadn’t raced since 2015. Unlike Tom’s other Drag Week ride, this one isn’t a Pro Mod race car with number plates; it’s a factory steel-body car. It’s no shopping trolley though, packing a full custom chassis, massive wheel tubs, funny car rollcage and a twin-turbo 615ci Steve Morris big-block. Tom won the event in 2013 with this car. Tom had a close battle on his hands at this year’s Drag Week, with last year’s winner Dave Schroeder’s Corvette and Bryant Goldstone’s Javelin all running into the sixes. Tom managed to run mid-six-second quarters at every track bar Tennessee’s Thunder Valley on Day Four, where the crew had worked all the previous night to swap out a piston in the motor. They came out on Day Four having not slept, and Tom put the car down for a low seven before moving on to the next track.

There was less than a tenth in it leading into the final day, but Tom managed to stay ahead and come home with the win after covering over 1000 miles in a race car in scorching hot temperatures. Phenomenal effort!