Looking back on Craig Parker's '91 Street Machine of the year winner, TUFFXY

MONEY COMES, money goes ... but the human element plays the greatest role when it comes to building a truly great street machine. Craig Parker had that sussed three years ago. He had little else, except a first-year apprentice auto electrician’s wage in his kick and a ratty ’71 Ford Fairmont parked at the kerb. 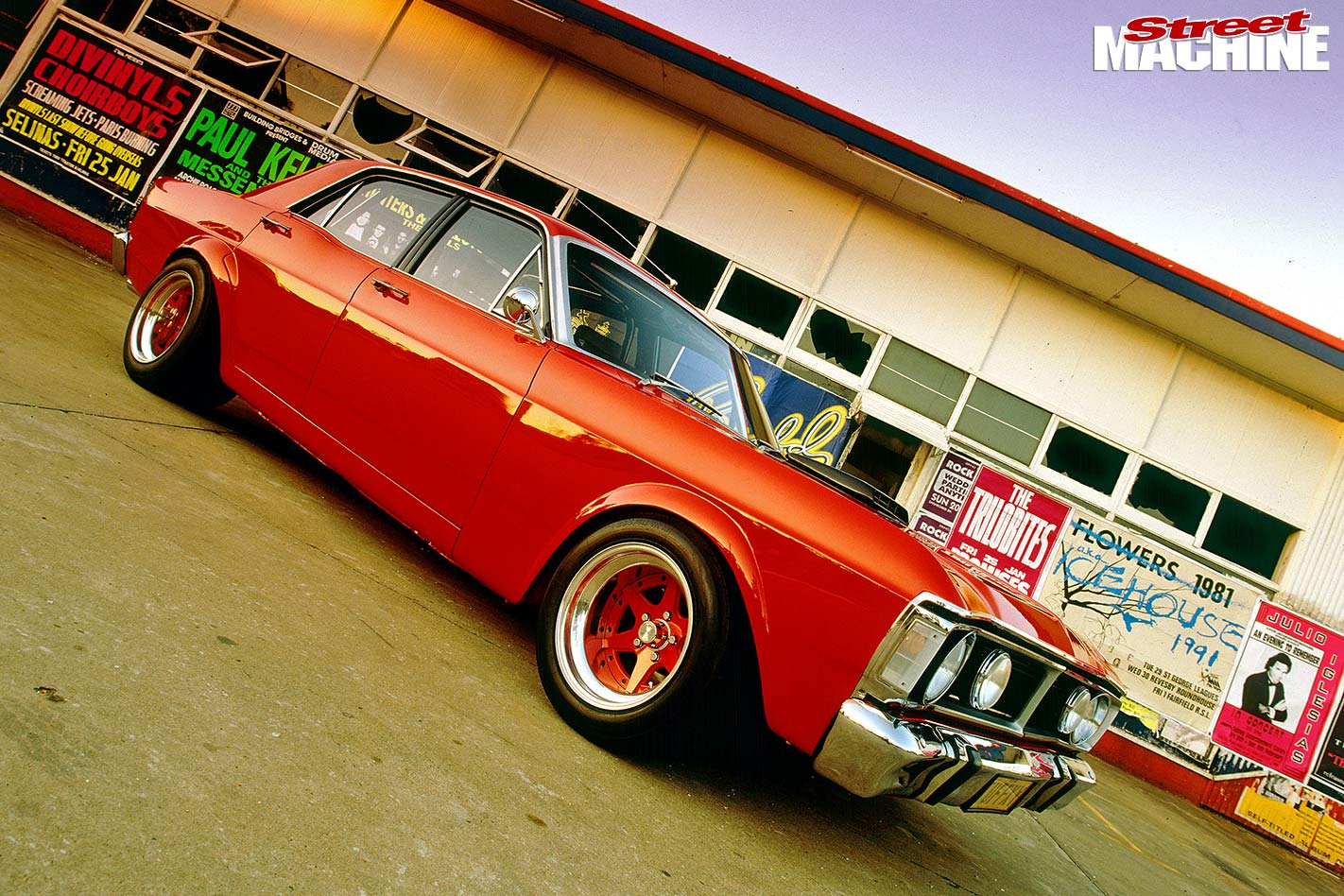 Like the rest of us, Craig’s ambitions – a Brock-modified Falcon or flash Euro sports car – outweighed his means. Only extraordinary personal drive rebuilt a classic 70s design into one of the most thoroughly conceived and executed cars we’ve seen. That glossy Monza Red body is impressive all right, but it’s what’s beneath the surface that sets this superb XY Falcon apart.

An XY wagon was the first car corralled by the young sparky. It was also his first crash victim, hence the search for a sedan bodyshell. Craig found one on the outskirts of Sydney but it was no beauty. The battle had begun. 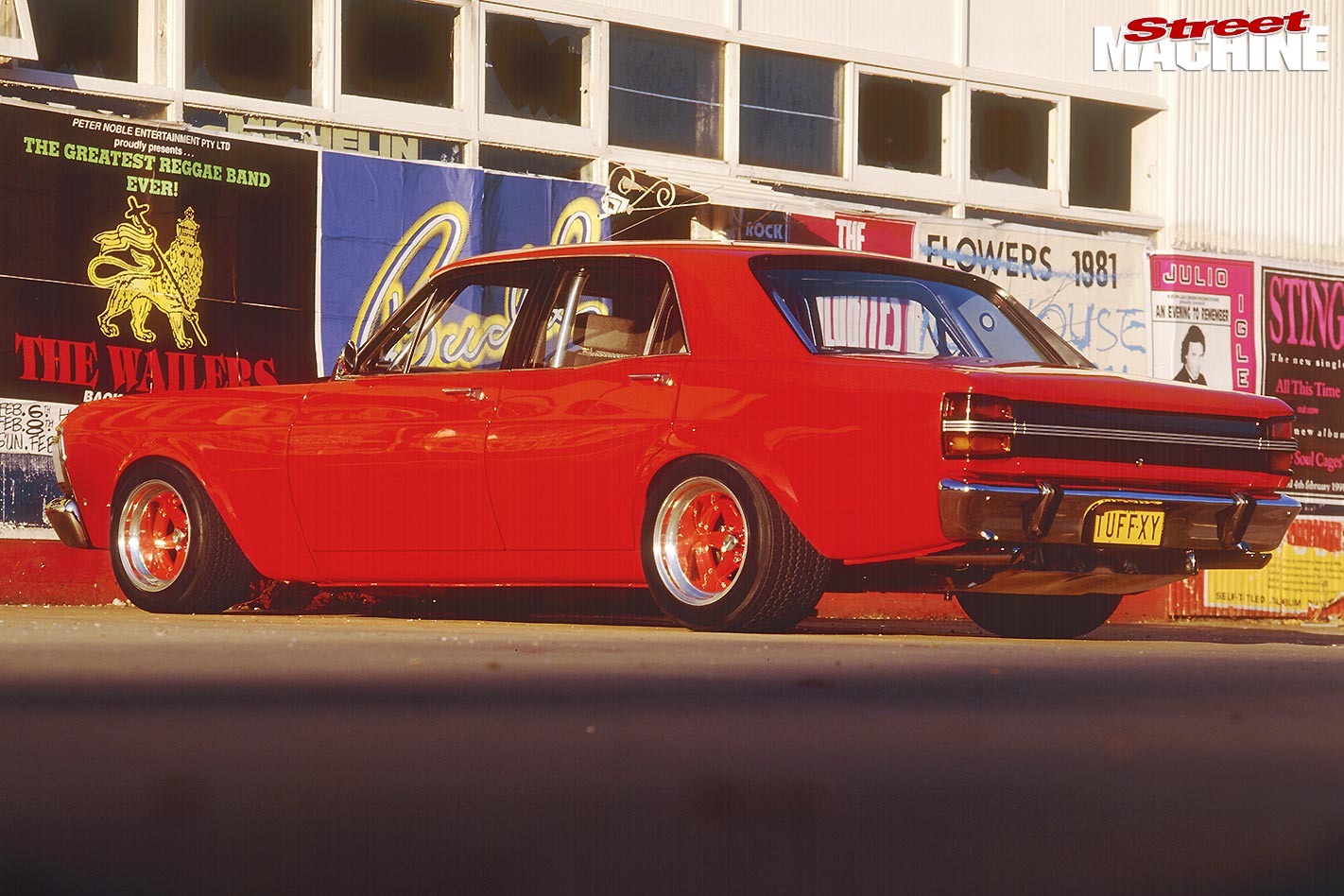 Craig wheeled and dealed to get his XY’s rim and rubber package spot-on. And it’s no ordinary combo: outer rims are three-piece alloy Dragways bolted onto Neales Wheels centres. Custom or what?

He sourced a 351 Cleveland V8 from a Mach 1 Mustang, splashed the bodywork with colour, fitted Center Line wheels and left the rest factory stock. The package – and Craig – grew tired. The ’88 Summernats was looming. With one eye on the great Canberra bash, he went to work. He finished in time for Summernats 4.

Dedication is easy to say and hard to maintain. Craig worked two extra jobs, in a bottle shop and selling hot dogs. He took out a personal loan to buy wheels and tyres. For three years, his car became his life. Somehow, between working hours he managed to pull the Falc back to nothing, preparing the ground for an engine and transmission rebuild. 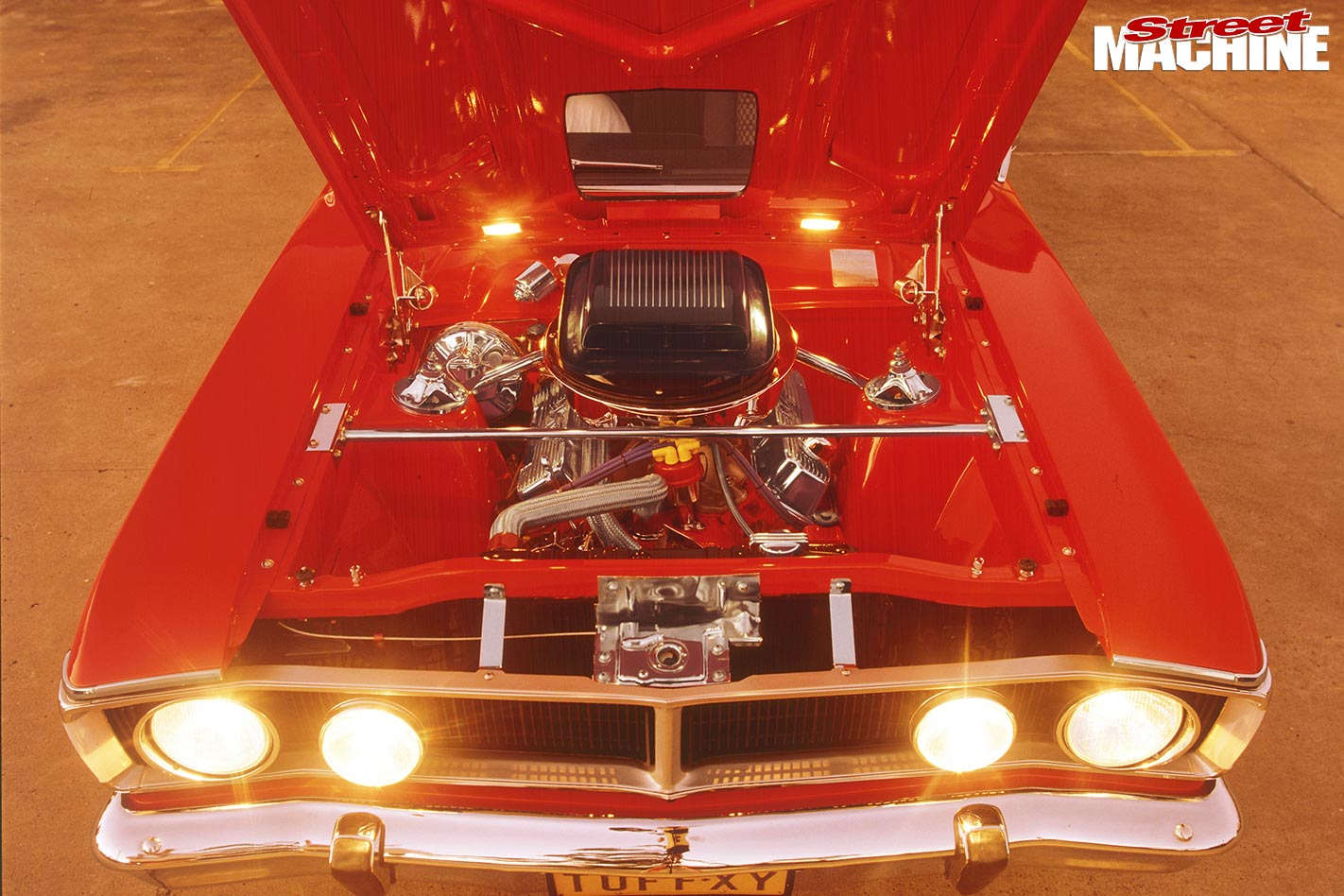 His aim was always to build a totally driveable vehicle, so Craig was careful not to get carried away with engine specs. The bores were honed for finish and the rings and bearings renewed. Much of the internal hardware was left stock; the main alterations centred around improving flow. A Torker 4V alloy intake manifold slotted beneath a 600cfm Holley (with vacuum secondaries), which was in turn bolted to a shaker intake.

A mild Pro Line camshaft was selected to work with 2V closed-chamber heads, port-matched to suit the Torker manifold. Craig freely admits this isn’t the world’s most powerful engine, but points out that its horsepower output is respectable and reliability absolutely outstanding. 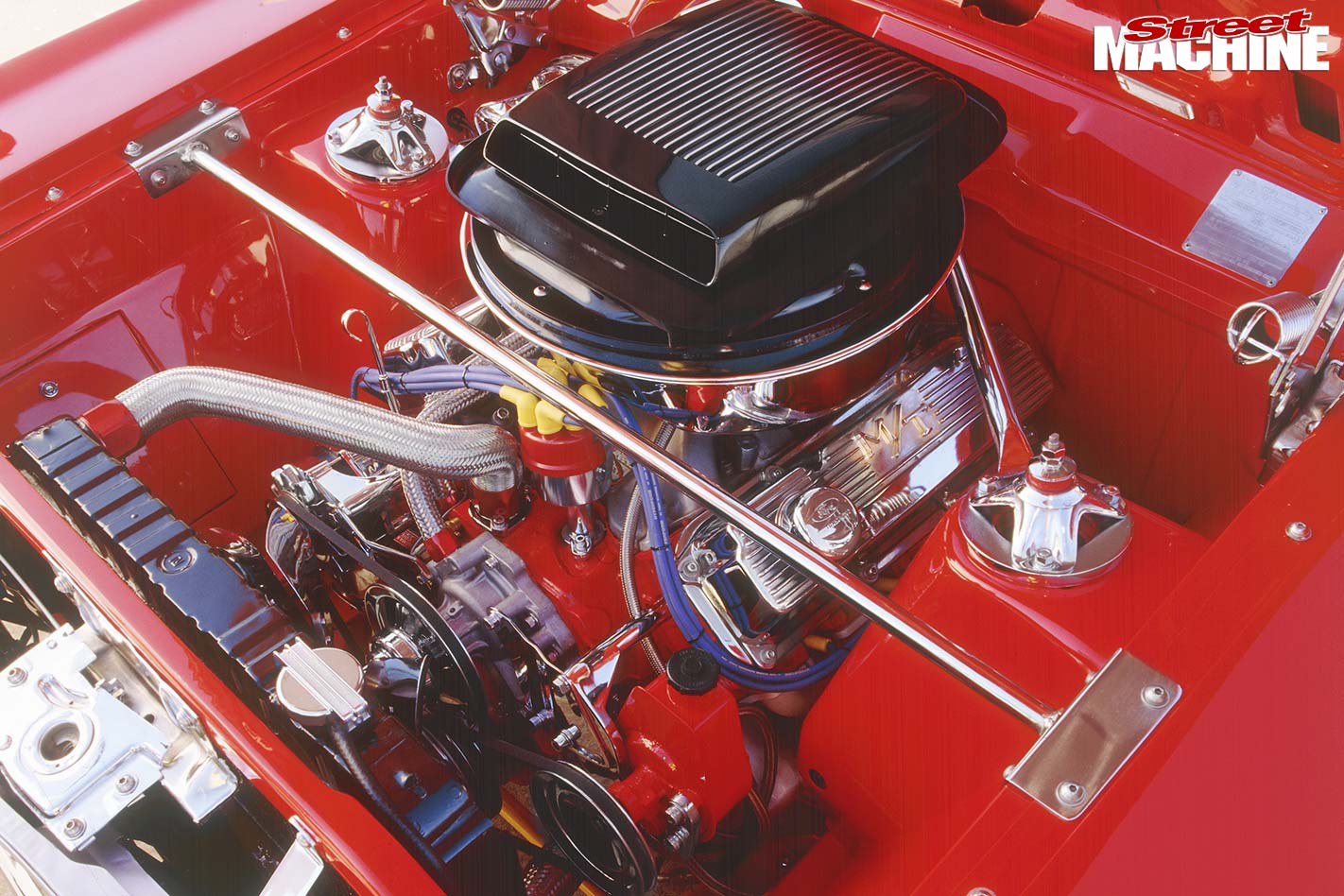 Fuel is pumped from a custom-made polished alloy drop tank by a chromed Holley mechanical pump. Ignition is by Mallory Unilite distributor and Pro-Master coil.

Related: Street Machine Of The Year Hall of Fame

Craig, naturally, rewired the car. This task included fitting power windows, a complex car alarm system and a mega sound system. That last item consists of an Alpine radio/cassette and CD player, more Alpine speakers than you can poke a conrod at, an Alpine cross-over unit, and four Kenwood amps. Total output? Would you believe 1000 watts? Twin batteries are located in the boot to power this wall of noise. 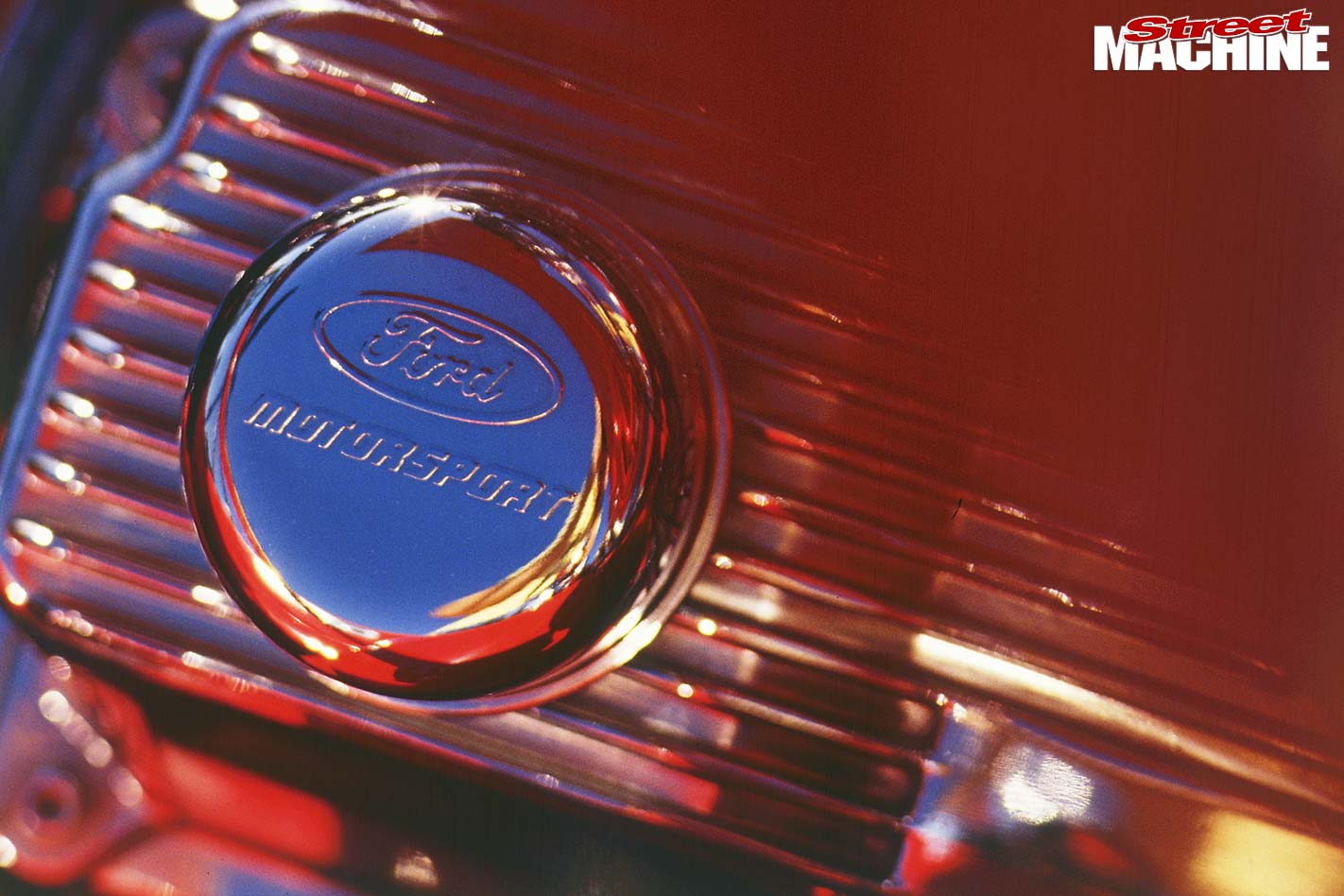 The triple-core radiator works a treat, as do Earl’s braided and steel lines that snake their way through the engine bay and at each wheel. The lads at Milperra Pirtek were a big help here, allowing extensive use of their pipe benders.

Transmission is a fully rebuilt Phase III Top Loader, bearing a Lakewood scattershield, custom-built hydraulic clutch mechanism, and attached to a Hays 11-inch single-plate diaphragm clutch and lightened Pro Street steel flywheel. The tailshaft has been balanced “to within an inch of its life” and equipped with Ford Motorsport uni joints. The 3.25:1 LSD nine-inch came with XB GT discs and XD calipers, and was reconditioned and shortened to suit the XY. Front brakes, incidentally, are also discs. 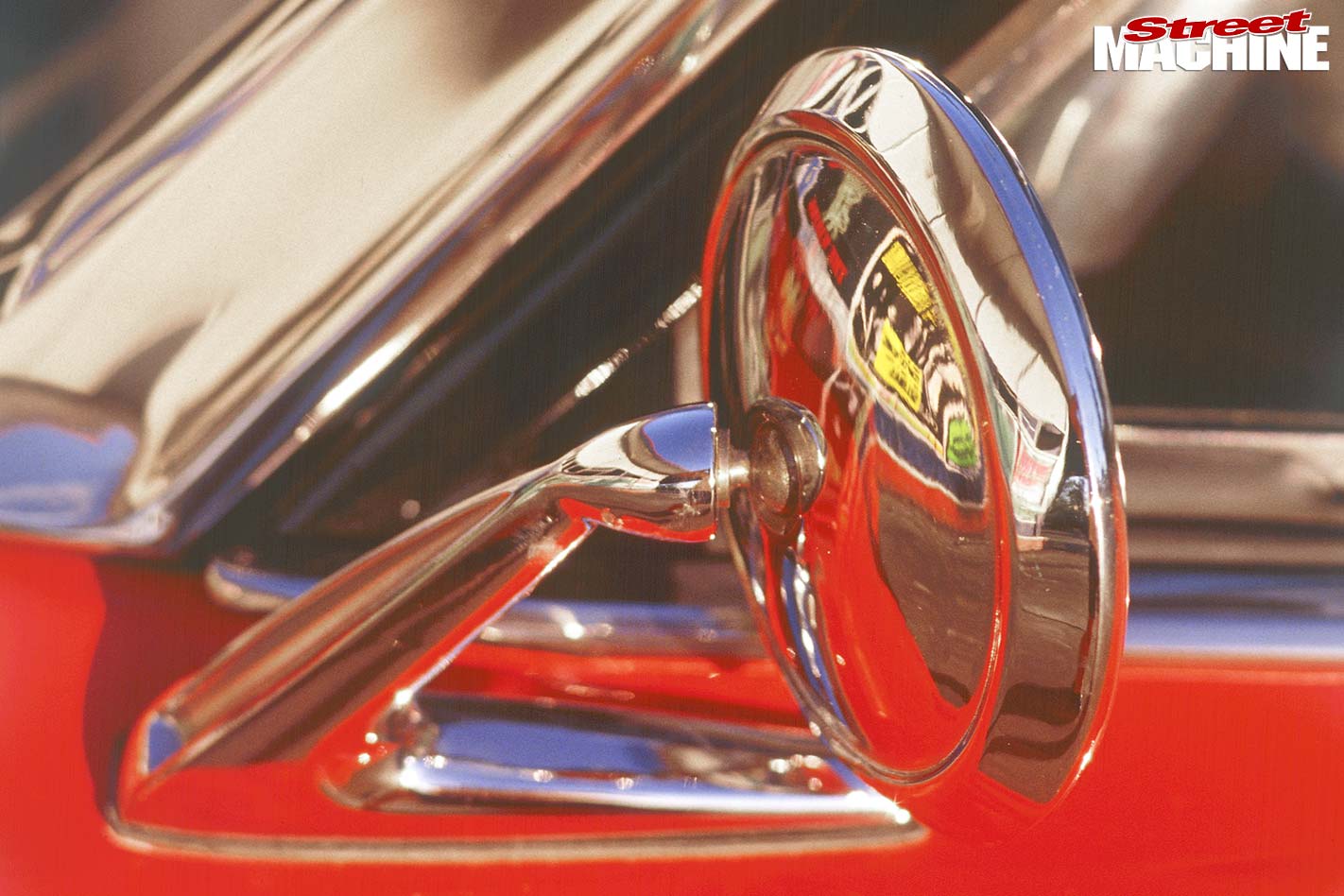 Craig’s XY is the automotive equivalent of Elle Macpherson. The body received new panels to replace the aged originals. The guards were puffed to the owner’s liking by Ron Goodman Custom Auto and filled with steel liners. The entire structure was seam welded, with attention paid to strengthening and suspension mounts. One hundred man-hours went into de-dagging the engine bay and fitting extra bracing for the suspension, plus countless time-consuming tidbits nobody sees.

Simple stuff, you say. Not when it came to suspension and steering. Craig certainly isn’t one to back down from a challenge. “I’m not really into quarter-mile stuff,” he says. “I’ve always been interested in Touring Car racing, and Dick Johnson’s Greens Tuf Falcon really influenced me.” To the point where Craig decided to fabricate and fit a Watts linkage for the rear end. 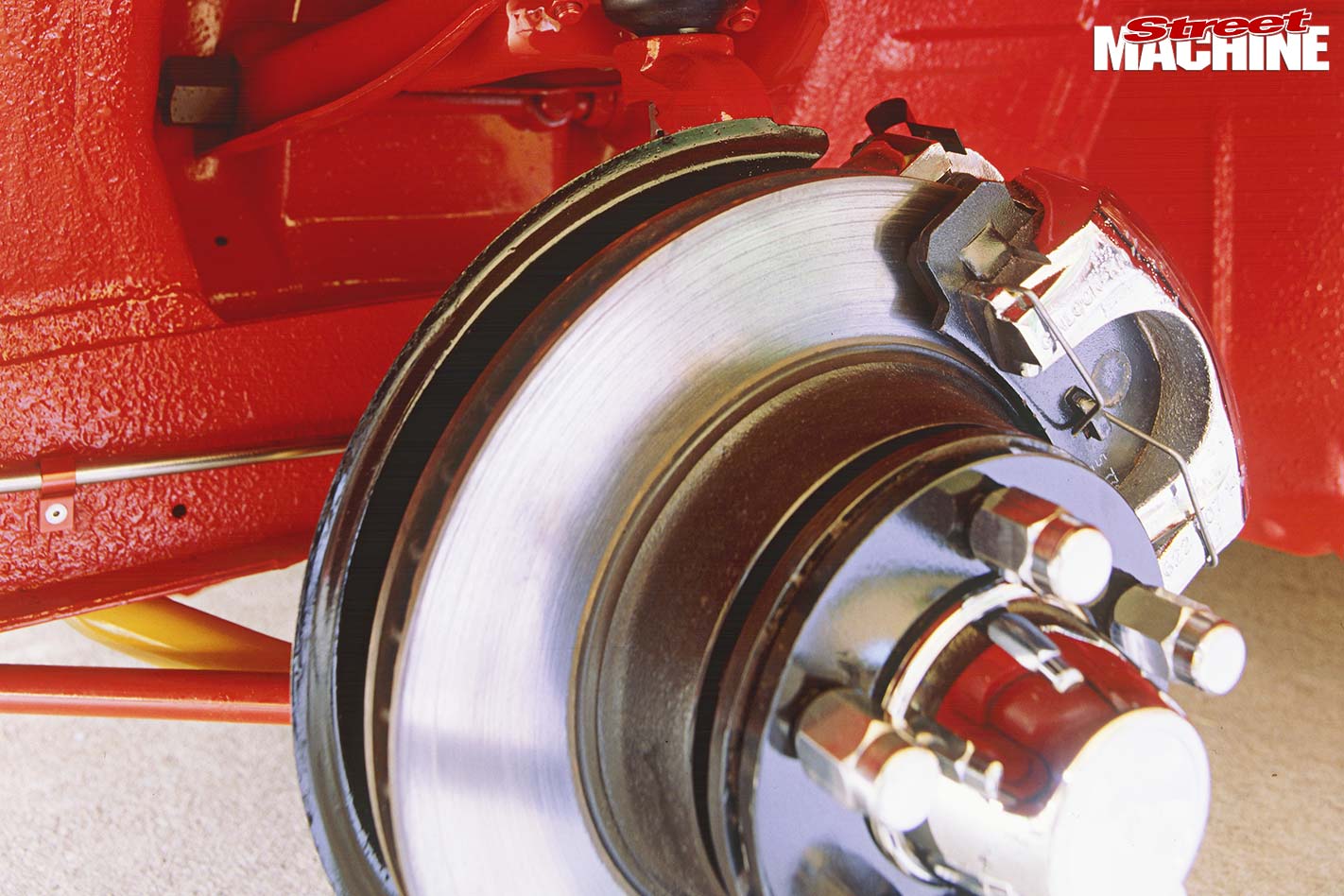 This involved a hell of a lot of hard yakka, and called on mechanical engineering smarts he’d picked up at university. The existing fuel tank had to go, to be replaced by the drop tank mentioned earlier. Craig mucked around with the rod lengths and linkage angles on a piece of board until he felt happy, relocated the leaf spring hangers and welded on the Watts linkage bracketry. It’s clever, and according to the owner works well.

The front control arms were relocated to allow for the all-round decrease in ride height, and to provide improved geometry. The bump stops were shortened to suit and the stub axles crack-tested for integrity. Expensive Koni adjustable shocks were fitted front and rear, and joined by custom K-Mac coil front springs and race-type adjustable swaybars. Nolathane synthetic bushes are everywhere. Why so much work? Craig’s aim was to lower the car but retain suspension travel and a reasonable ride quality. 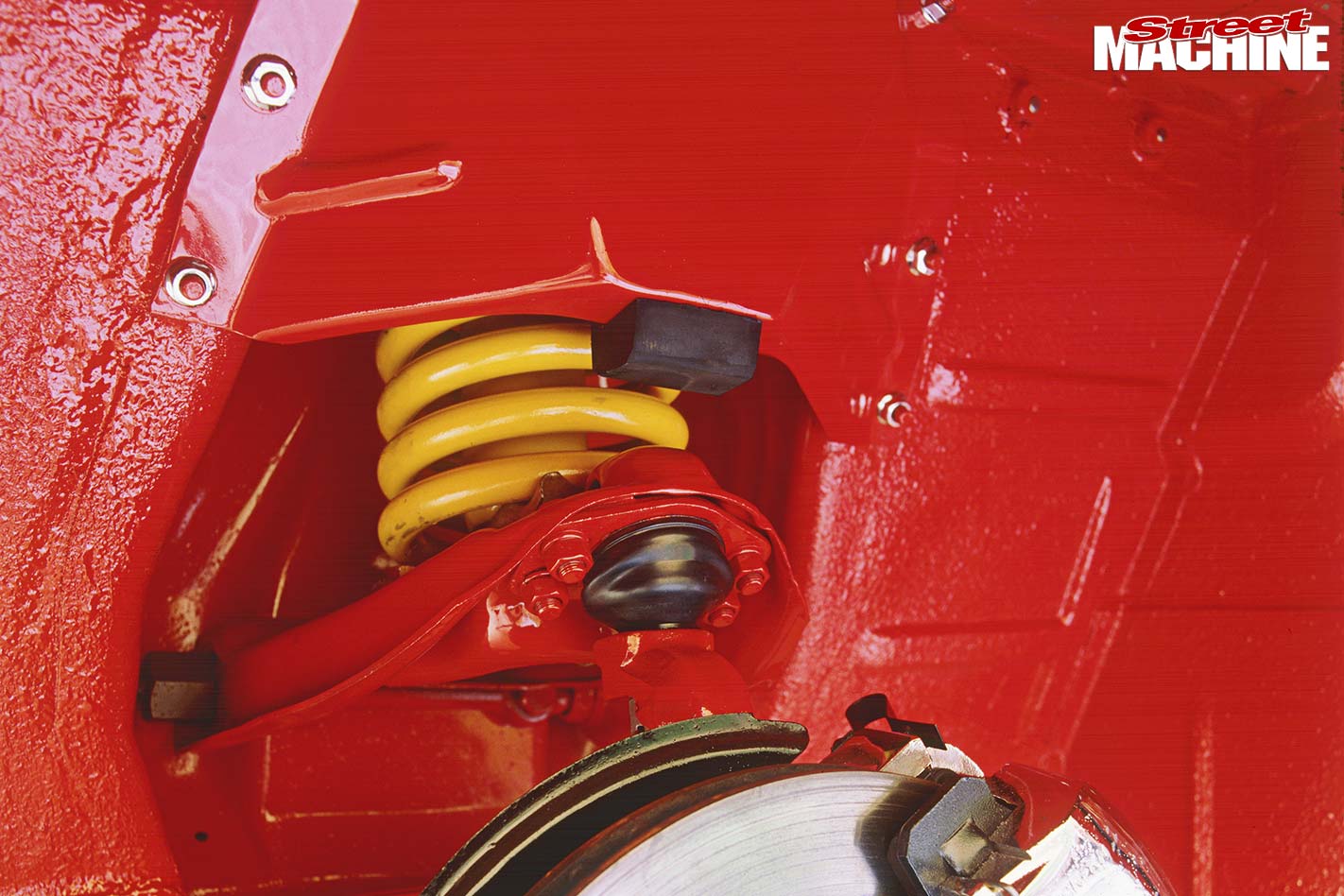 Fitting XF power steering wasn’t as simple as he’d been told. The chassis rail had to be stepped and gusseted and everything properly aligned for correct operation.

Keeping the right front-end geometry by not placing the steering mechanism too high or low was absolutely essential – and painful. Craig has the scars from the angle grinder to prove it. The mix of modern hardware and 70s style continues inside, where retrimmed Scheel buckets are matched in their material and colour by the door trims and centre console. The hood lining is velour. The roll cage is by Bond Roll Bars, polished and with all six mounting points hidden. There’s an array of gauges in the console, and a speedo (recalibrated to km/h) and tacho on the dash, behind a leather-bound Saas wheel. Belts? XA retractables. 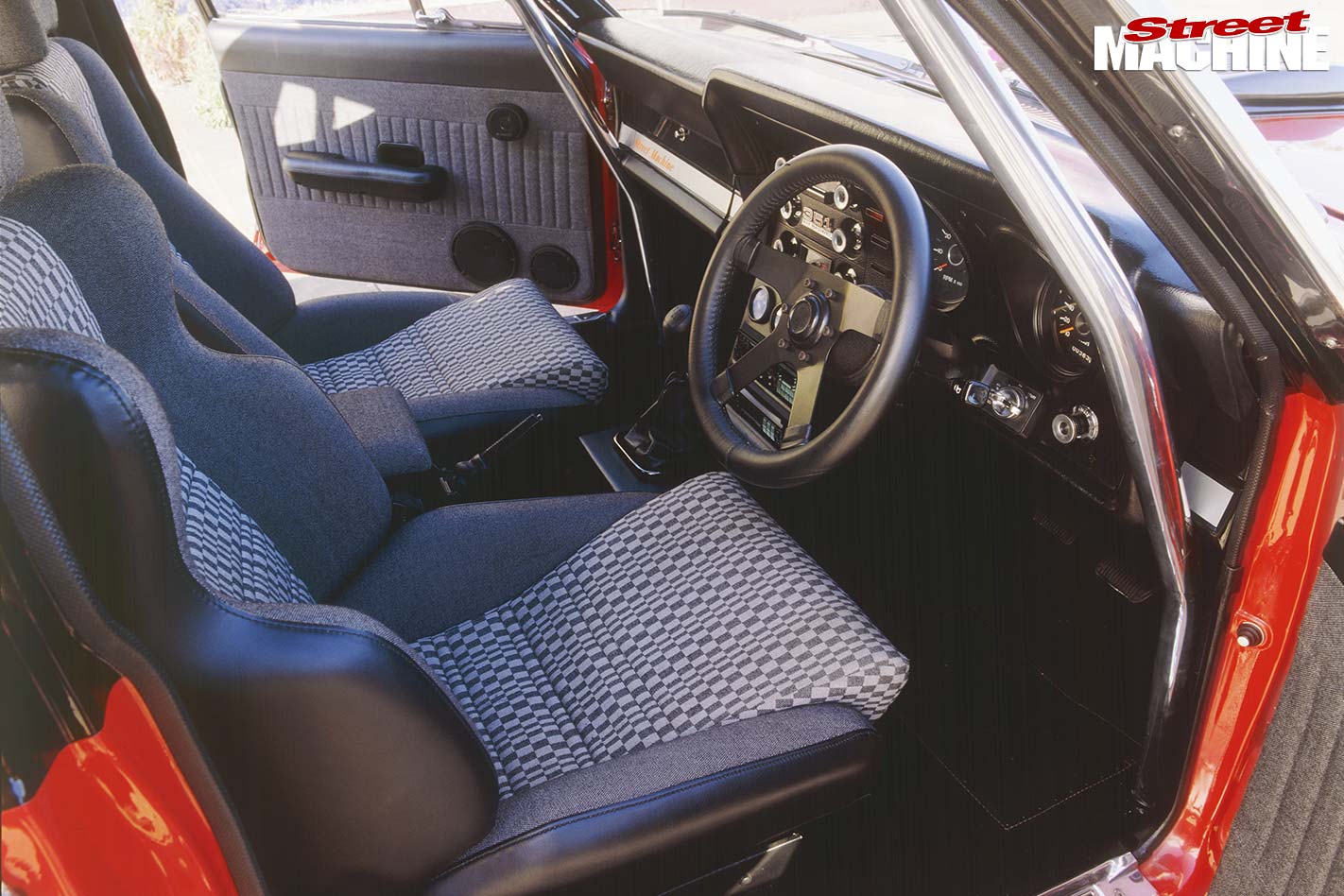 There’s even a story to the wheels and tyres. Pirelli manufactured the tyres: so-sticky P7s, 285/40 fronts and 345/35 rears. Rims are a three-piece combination of Dragway spun-alloy outers bolted to Neales Wheels centres, 15x11 at the front, 15x14 rear.

You could write a book about Craig Parker’s car, such is the level of workmanship and care devoted to its construction. He puts the cost at four girlfriends and 50 grand, but says the trick isn’t in how much you spend but in how hard you try. Hallelujah!