We look back on 2015 via the pages of Street Machine

2015 HAS been a big year for us, we’ve seen and done a lot of cool stuff to put together the best magazine we can each month and showcase the talents the Australian automotive industry has to offer. They reckon we won’t have an auto industry once Holden and Ford shut up shop. But with the engine builders, custom fabricators and everything in between that we have seen, we say we’re still doing alright. These are the most memorable and important tales from the pages of Street Machine in 2015.

Valvoline Street Machine Of The Year 2015 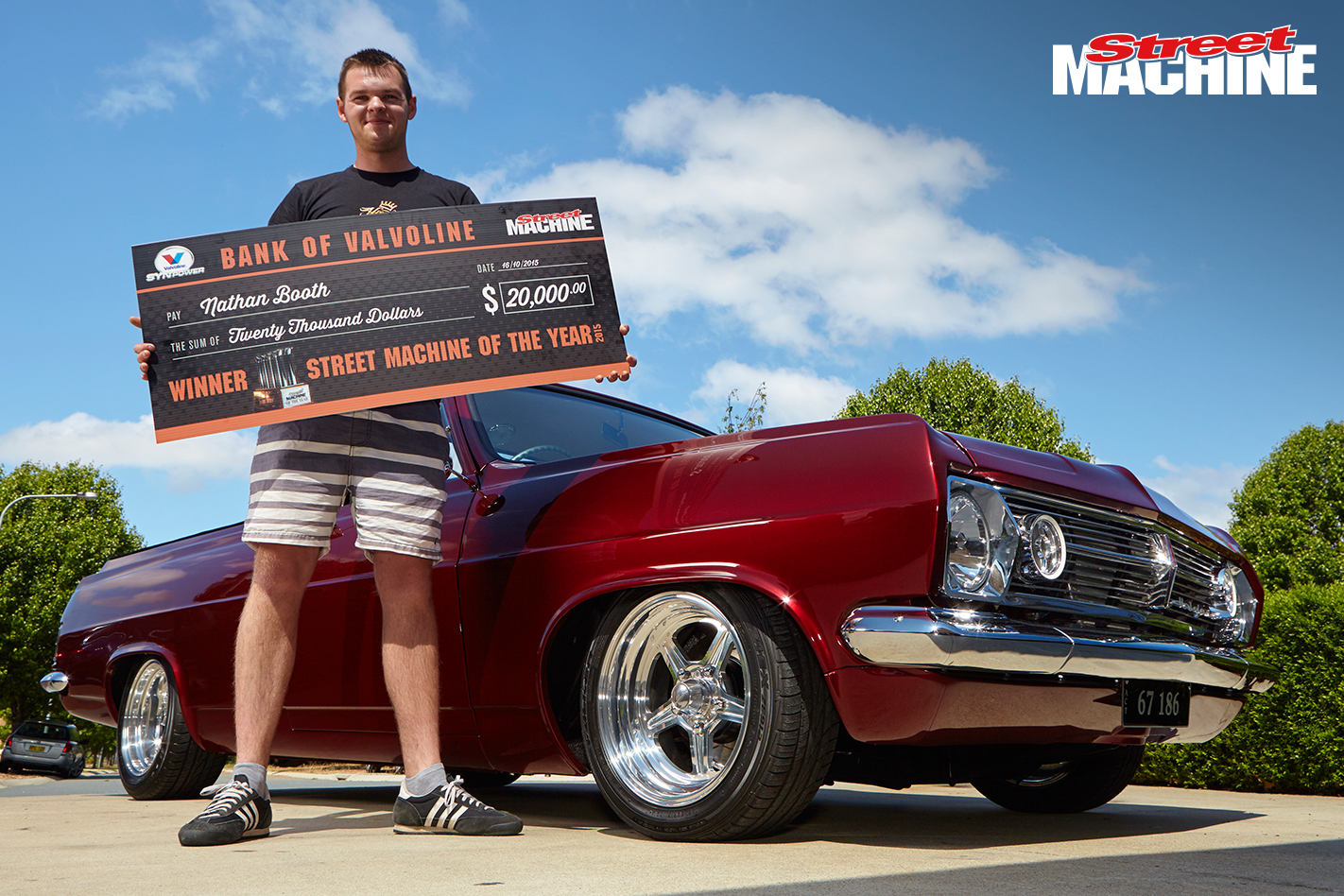 AT 23 YEARS old, Nathan Booth became the youngest ever winner of the prestigious Street Machine Of The Year award with his HR Holden ute. Not only that, Nathan’s ute was the first ever six-cylinder car to win the gong in the history of SMOTY – and a Japanese six-cylinder at that! Yep, under the bonnet of this beautiful old Holden is an RB25 turbo six from a Nissan Skyline – the times, they are a-changing! 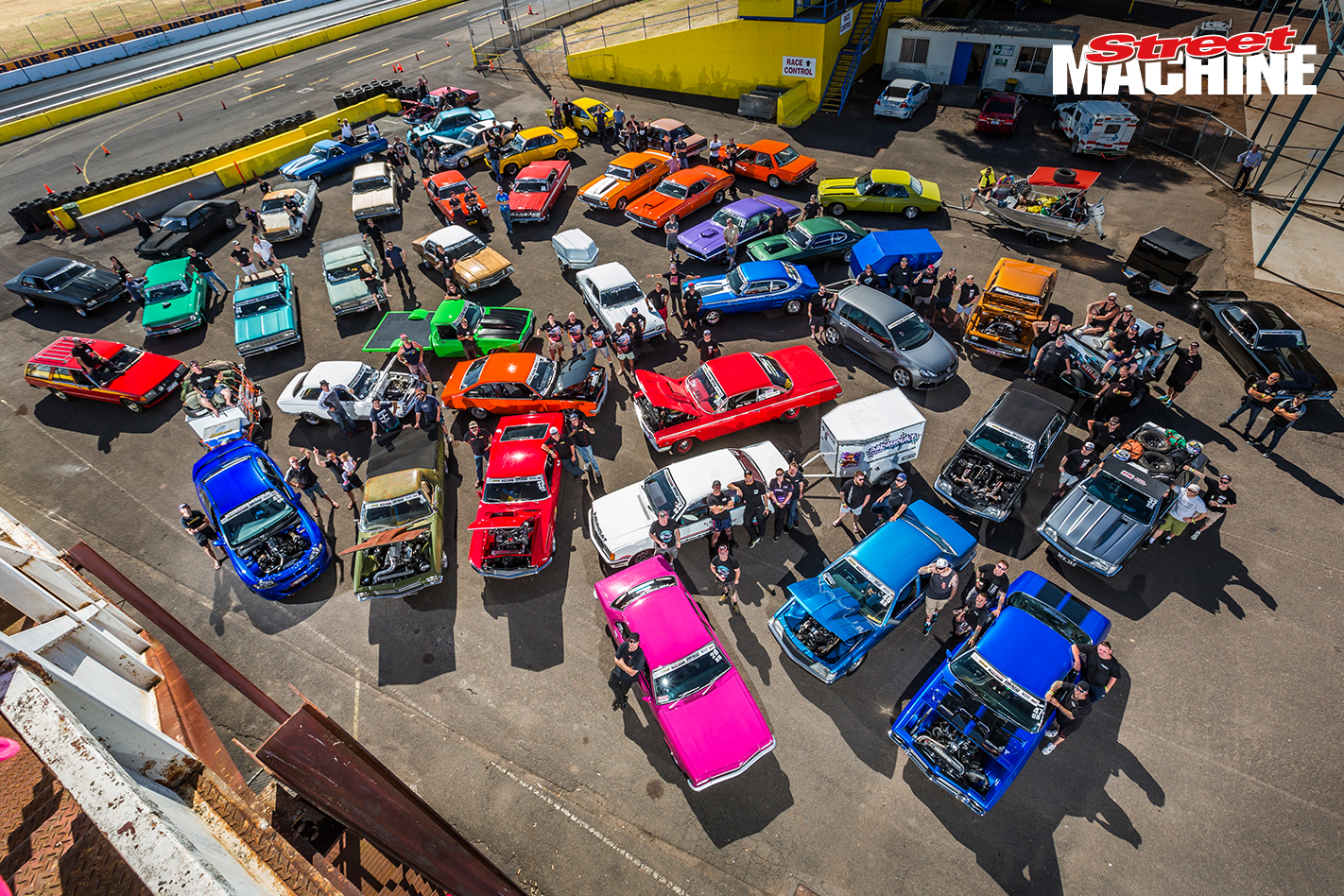 WE WERE absolutely blown away by Street Machine Drag Challenge this year. To have over 50 seriously quick street cars enter – more than double last year’s inaugural event – was brilliant. And judging by the feedback we had, we expect to double in size again next year with around 100 cars tackling the five-day, five-track torture test. The Street Machine team had a blast meeting all the fantastic characters that came along for the event; we loved the enthusiasm everyone showed and can’t wait to do it again next year. 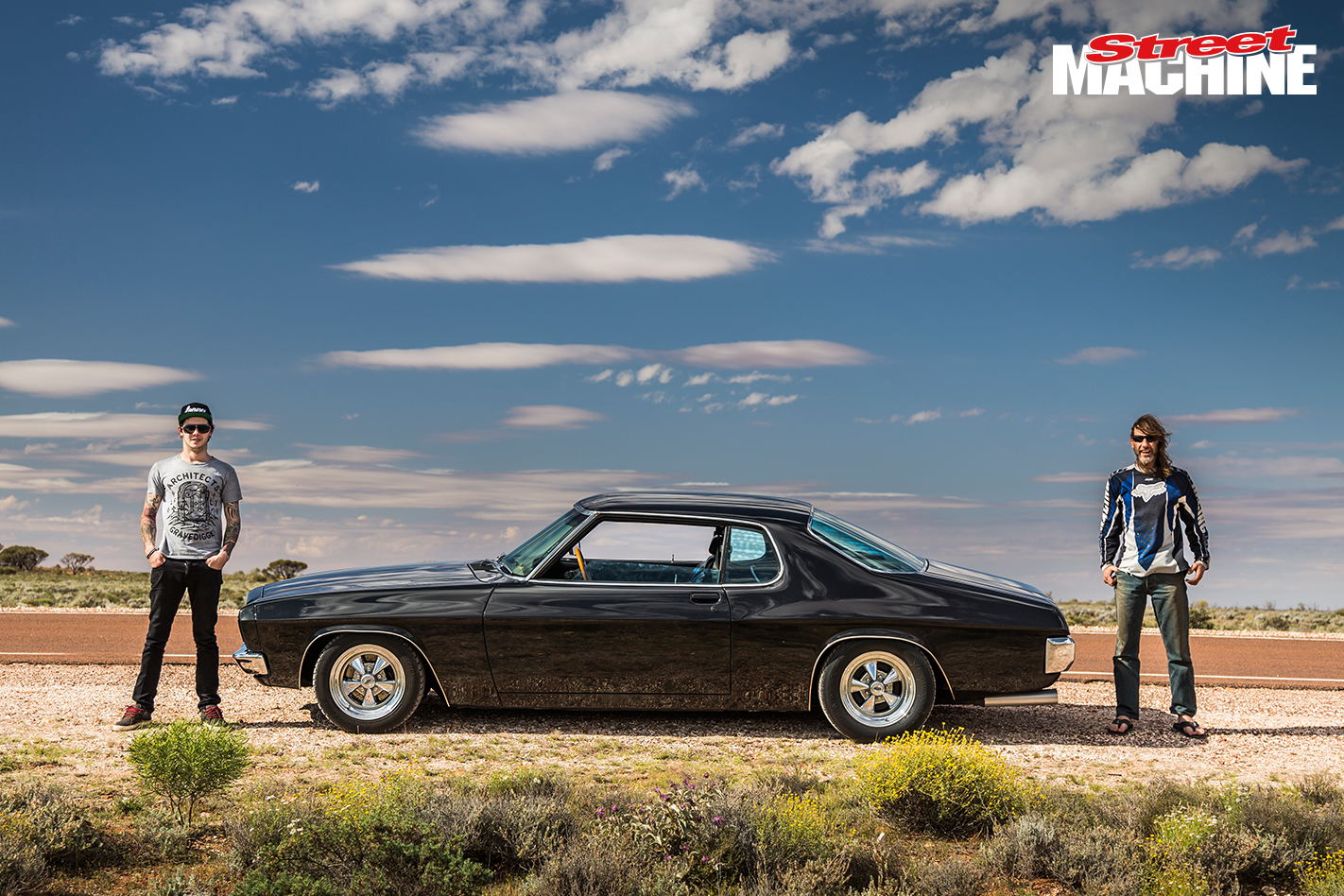 THE inaugural Red CentreNATS in Alice Springs was a resounding success. There were so many highlights for the Street Machine crew who made the trek to the Red Centre from Melbourne and Perth. Firstly, the drive there; editor Telfo drove his EJ Holden all the way to Alice and back as part of a convoy of tough Holden streeters. Then there was the actual event. We were blown away by how many cars showed up – over 300! Not to mention the fact that the big blown burnout cars were allowed to drive on the streets around Alice Springs. We’ll be back! 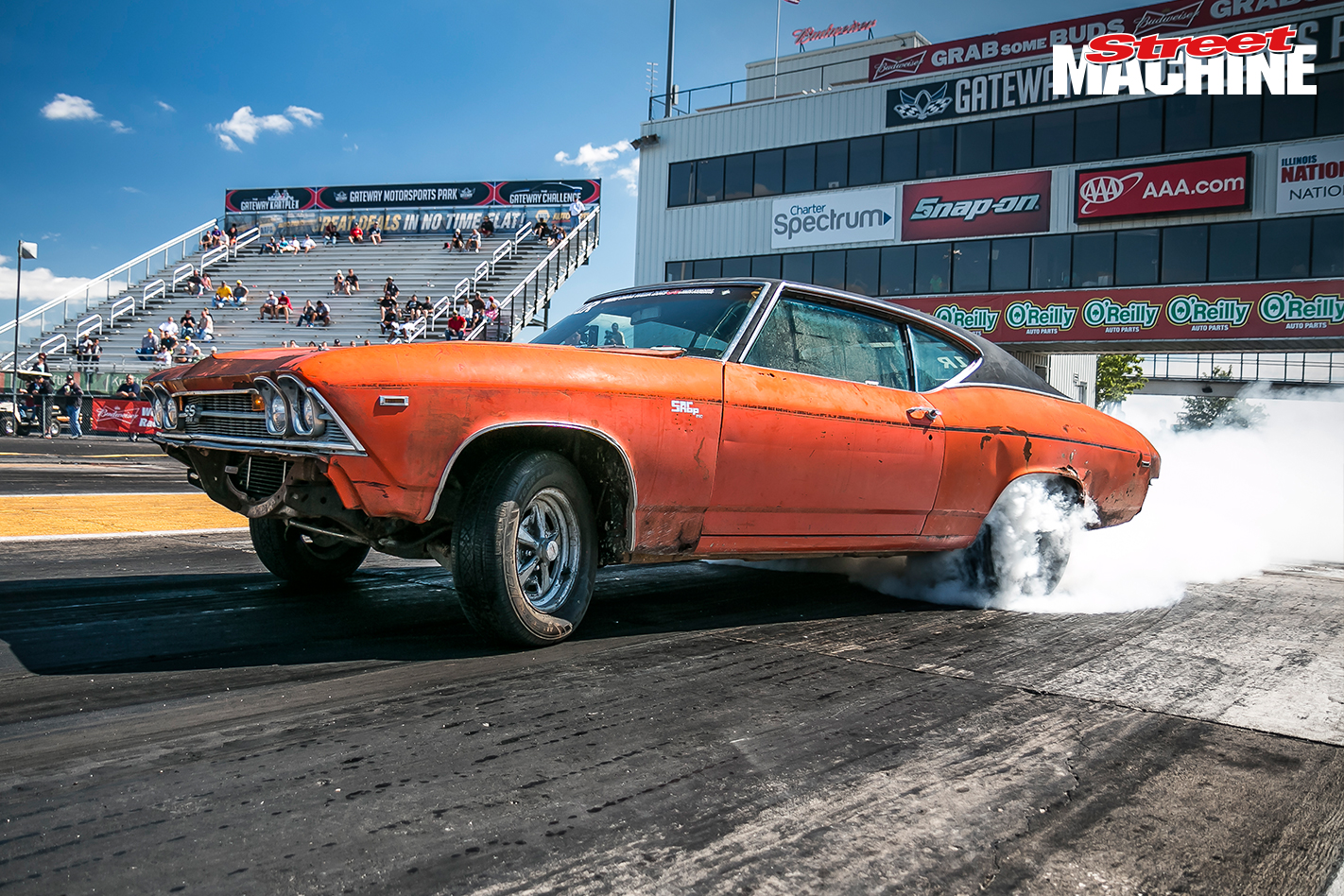 SCOTTY went over to the USA to experience his first Hot Rod Drag Week this year, along with a bunch of other Aussies. Those flying the flag for Oz included John Faraone’s twin-turbo Valiant Charger, Greg Trapnell’s AGRO HQ, Steve Reimann’s Capri and Brian Jensen’s LX Torana hatch. Shepparton’s Harry Haig completed the event in an old Chevelle that hadn’t run in 20 years, which was found sitting at the back of a car sales yard. The Chevelle was the slowest of the Aussie contingent, but it almost broke the internet with its antics. 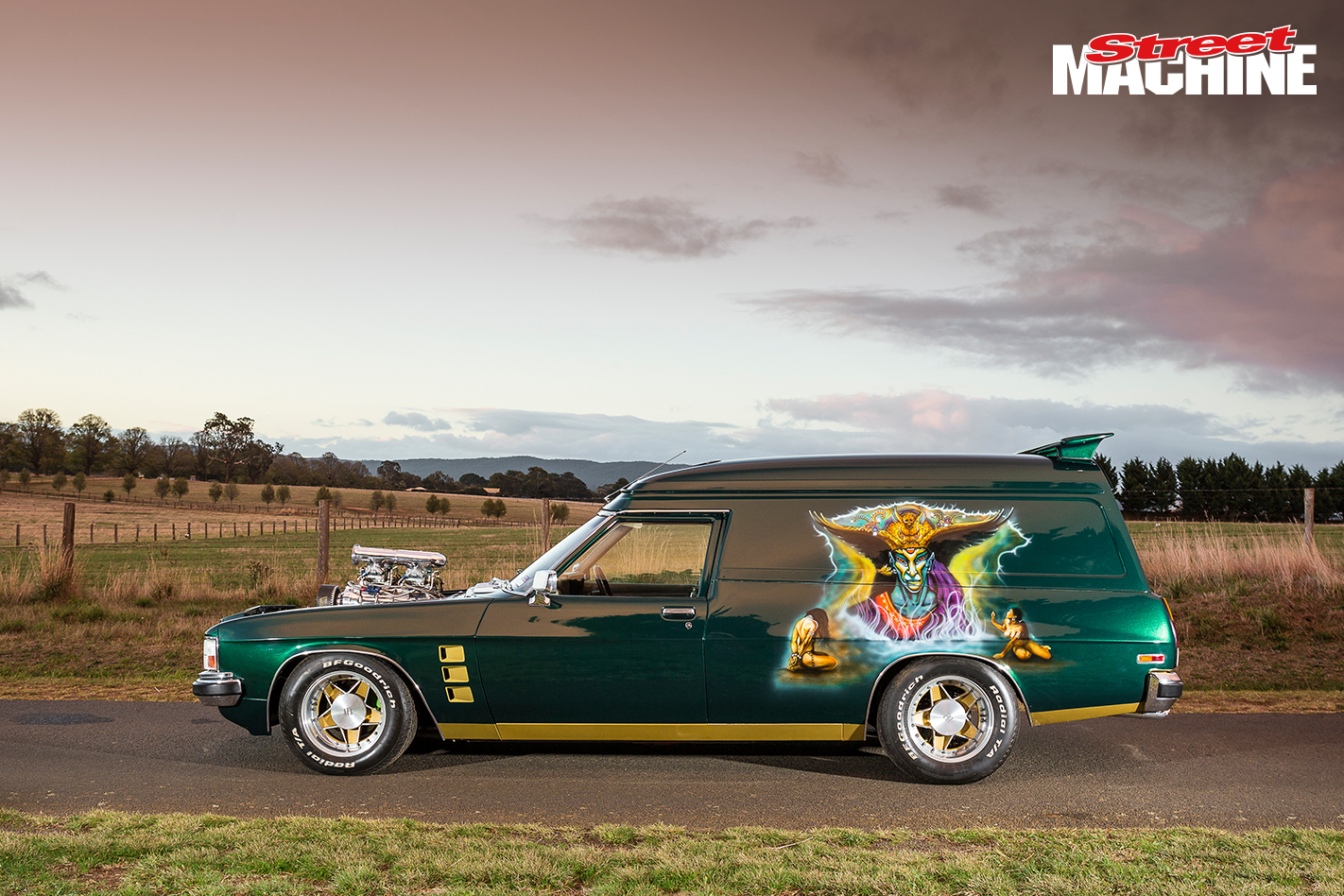 FOR the June ’15 issue of Street Machine we resurrected Van Wheels magazine after a 35-year hiatus, to celebrate the original panel van craze of the late 70s and early 80s and acknowledge the fact that vanning has come back in a big way recently, as proven conclusively by this year’s 40th Van Nationals in Bathurst, which saw more than 200 vans on show. Van Wheels was an awesome – and somewhat infamous – panel van mag from the late 70s that actually gave birth to Street Machine itself after 10 memorable issues. The SM crew really enjoyed paying tribute to the roots of our sport by finally unleashing VW #11! 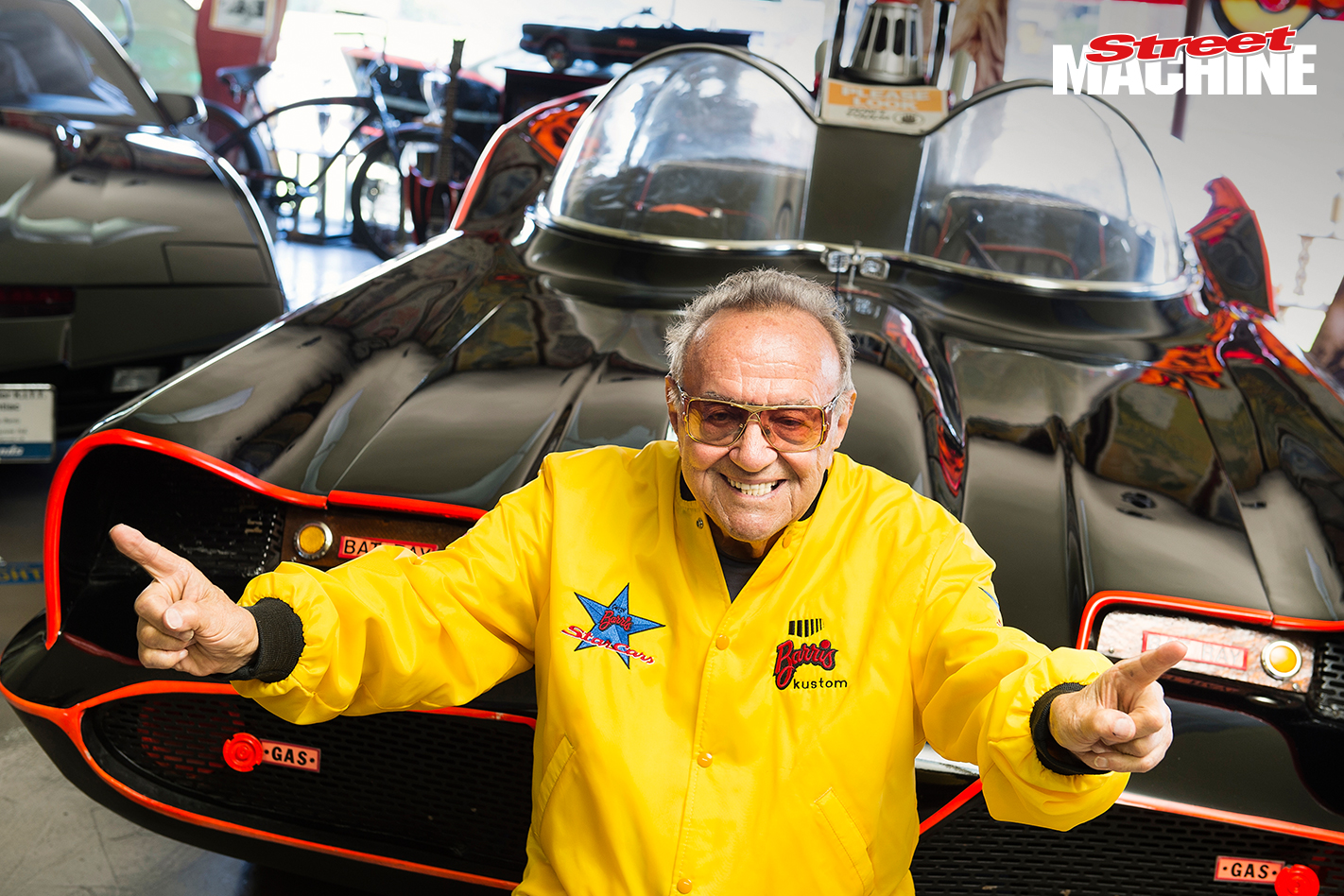 IT WAS a pleasure and an honour meeting the king of customs George Barris at Meguiar’s MotorEx in July, and the SM team was deeply saddened to hear of his passing just a few months later. Barris was responsible for some of the most famous TV and movie cars of all time – not to mention the truly ground-breaking customs he created with brother Sam in the 40s and 50s. Even at 89 years old, Barris had an undeniable passion for cars; at MotorEx he spoke of his admiration for the Aussie-built cars on display and had an enthusiasm and energy that belied his age. 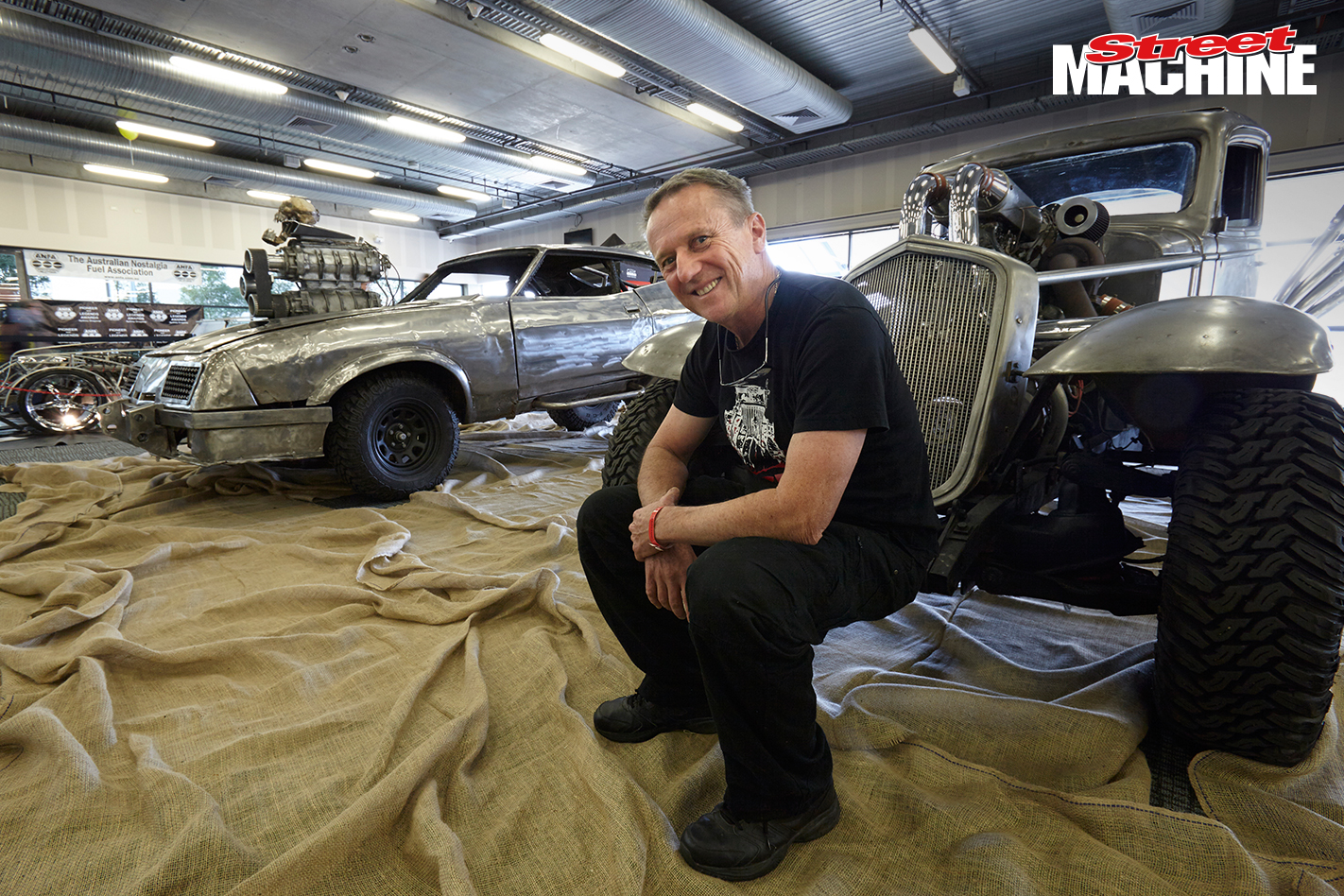 We were stoked – and more than a little relieved – that the long-delayed fourth instalment of the Mad Max franchise, Fury Road, was actually pretty damn awesome. The first two Mad Max films are pretty much sacred texts to Aussie street machiners, and fortunately the new film was packed with insane cars – including the return of Max’s legendary XB Falcon Interceptor. In our August issue we chatted to Mark Natoli, an Aussie metal magician whose role it was to create the crazy rides of Max Rockatansky, Immortan Joe, Rictus Erectus and all the other characters. 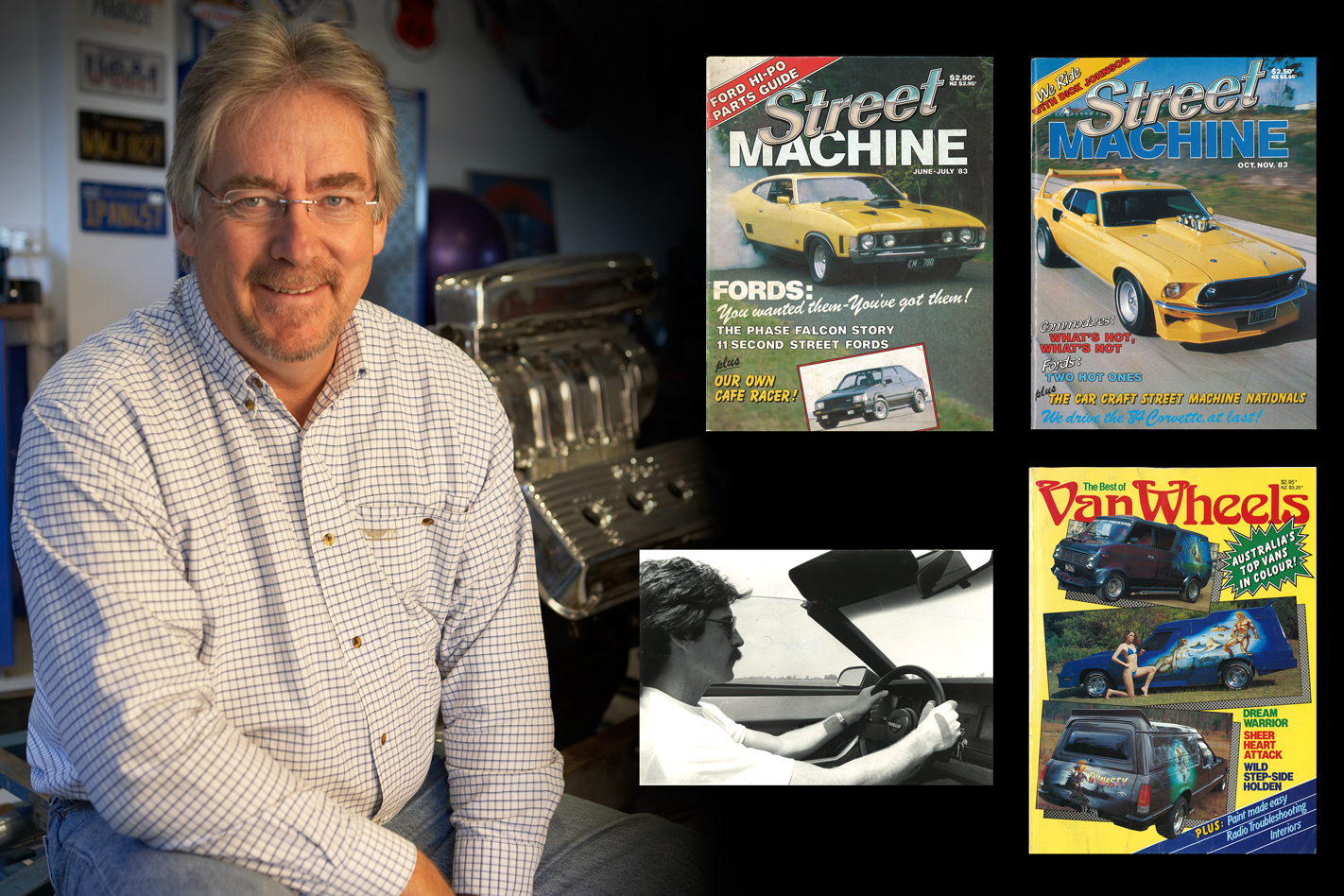 STREET Machine’s founding father Geoff Paradise passed away on 17 February this year at the age of 60. Geoff launched Street Machine in 1981 out of the ashes of Van Wheels, and in the process not only created the blueprint for modified car magazines in Australia, but also helped lay the very foundations of our sport. It is impossible to overstate Geoff’s tremendous influence in shaping modified car culture in Australia; the thriving scene we take for granted today would simply not exist without him. 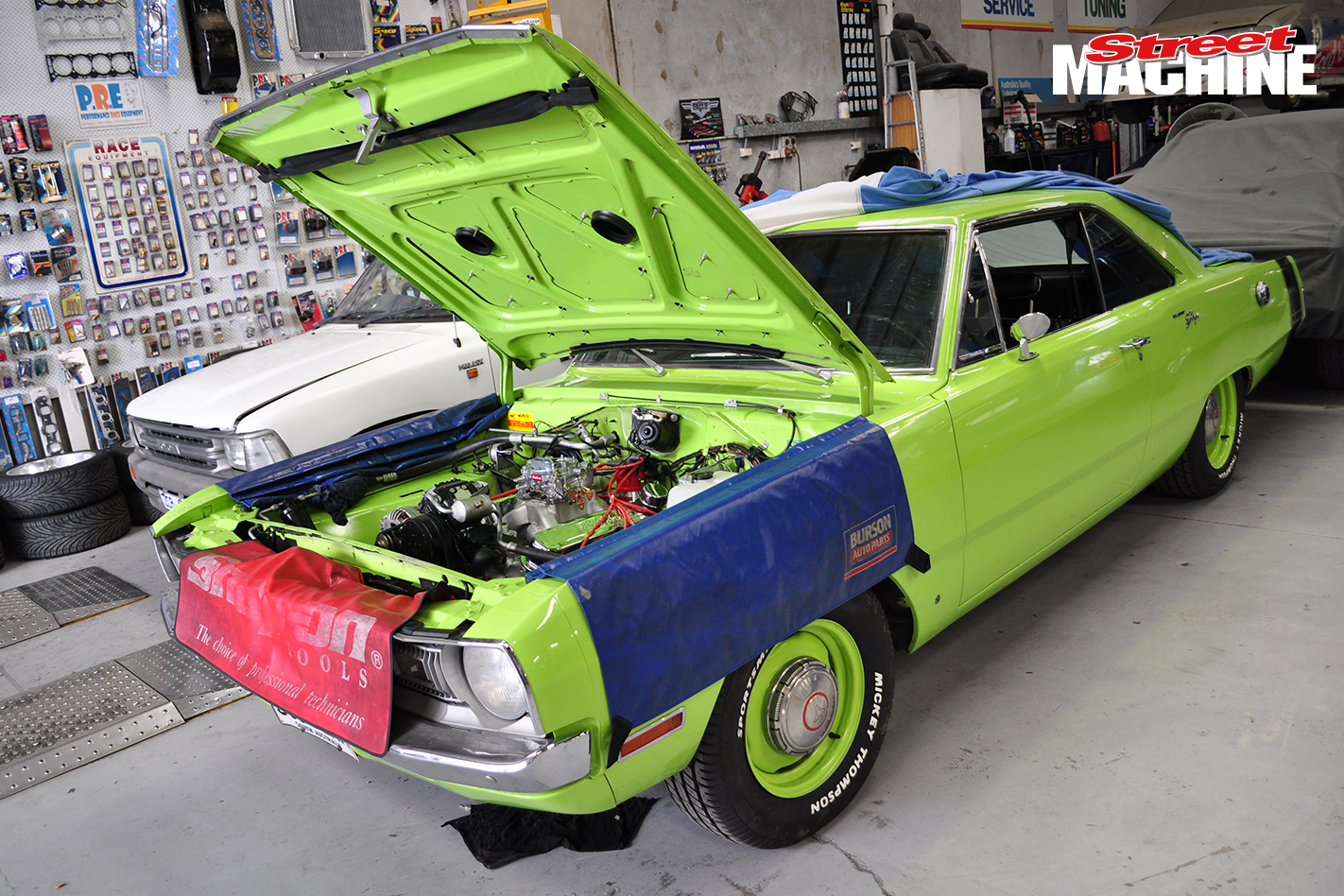 ONE of our project cars this year was our Dodge Dart Swinger. We started with a nice, mostly stock 1970 Dart, complete with drum brakes and a breathless 318. Rather than turn it into a show-winner, we concentrated on the horsepower side of things. By the end of the project, the Dart was packing a 408ci stroker (thanks to Precision and Powerhouse Engines), a Paul Rogers 727, and a McDonald Brothers nine-inch, along with some bigger rubber, beefed-up suspension and yes, disc brakes. The whole deal was assembled by Mike and the team at Glenlyon Motors, and with that done, we wanted to keep it!  But the powers that be made us hand over the keys to Kane Jones-Murphy, who was ecstatic to finally drive his new green machine. 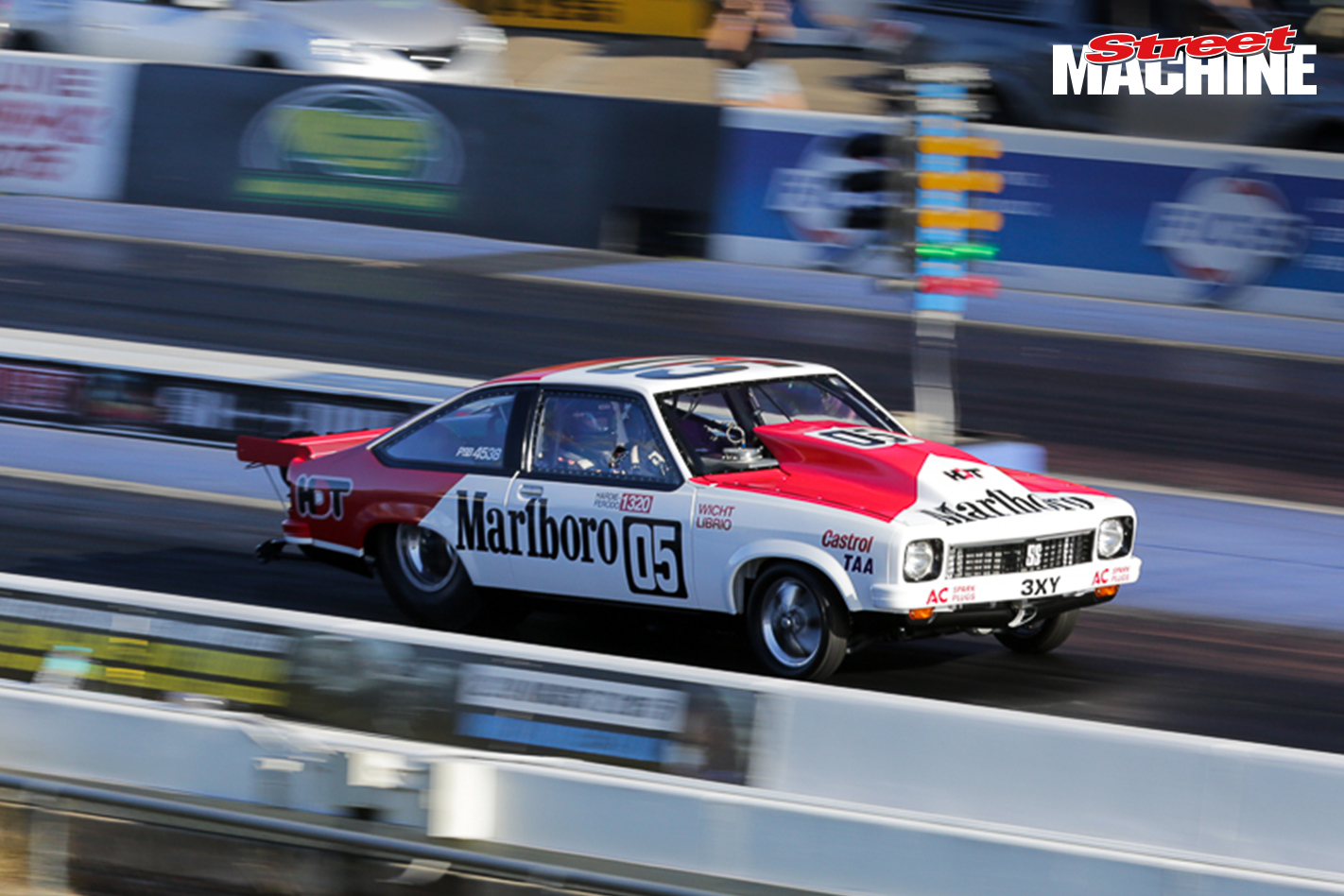 IT’S not over yet, but 2015 was also the year that saw the three major Australian drag strips (Perth Motorplex, Sydney Dragway and Willowbank Raceway) rebel against the national governing body ANDRA (Australian National Drag Racing Association). The tracks and many Group One racers weren’t happy with what they saw as the direction of the sport, and after a very public war of words, the three tracks have created their own drag racing series under the name 400 Thunder, and have gone with the International Hot Rod Association (IHRA) for sanctioning, while the rest of the country’s drag strips seem to be sticking with ANDRA. It will be interesting to see what the future holds. 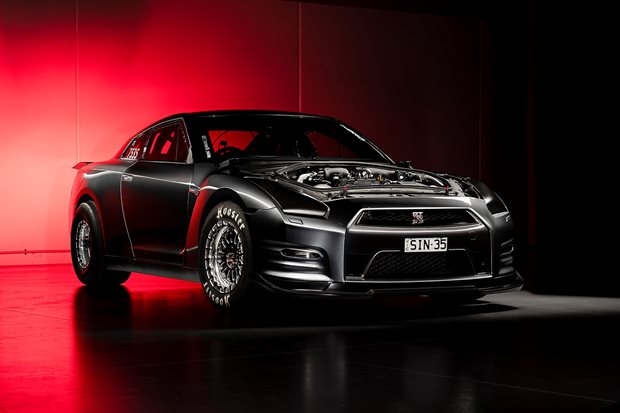