Here are some of the tough cars already entered for Street Machine Drag Challenge Weekend!

COME April, the attention of sports fans around the world will turn to the Sunshine State, as a group of fiercely competitive and talented sportspeople gather for one of the most anticipated events on the world stage. We speak of Street Machine Drag Challenge Weekend which will take place over 13-15 April.

Sure, the Commonwealth Games will be wrapping up at the same time, but it can't compete with the sheer coolness of this undertaking! DCW is our three-day version of Street Machine Drag Challenge, and is our first foray into Queensland with the concept. The event is all about proving the streetability of your street machine – and having a whole bunch of fun with like-minded folks along the way. Here are some of the cars already entered: 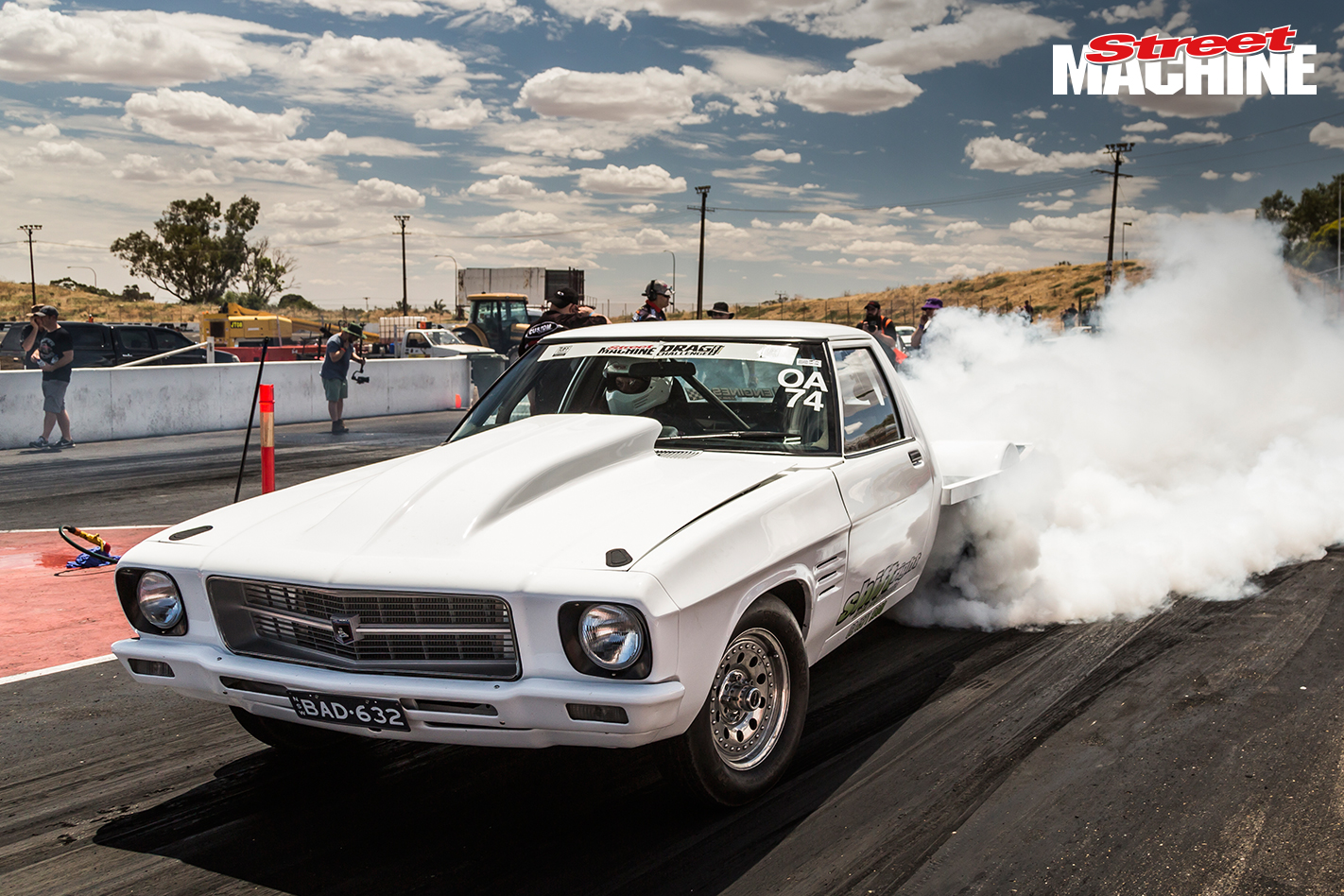 Sydney racer Steve Micallef is a two-time winner of Outlaw Aspirated and will be in Queensland with his monster 632ci big-block Chev-powered HQ One Tonner. However, 2017 Outlaw Aspirated runner-up Mark Clifford will be back in his brutal 600ci 1969 Mustang to keep Steve honest 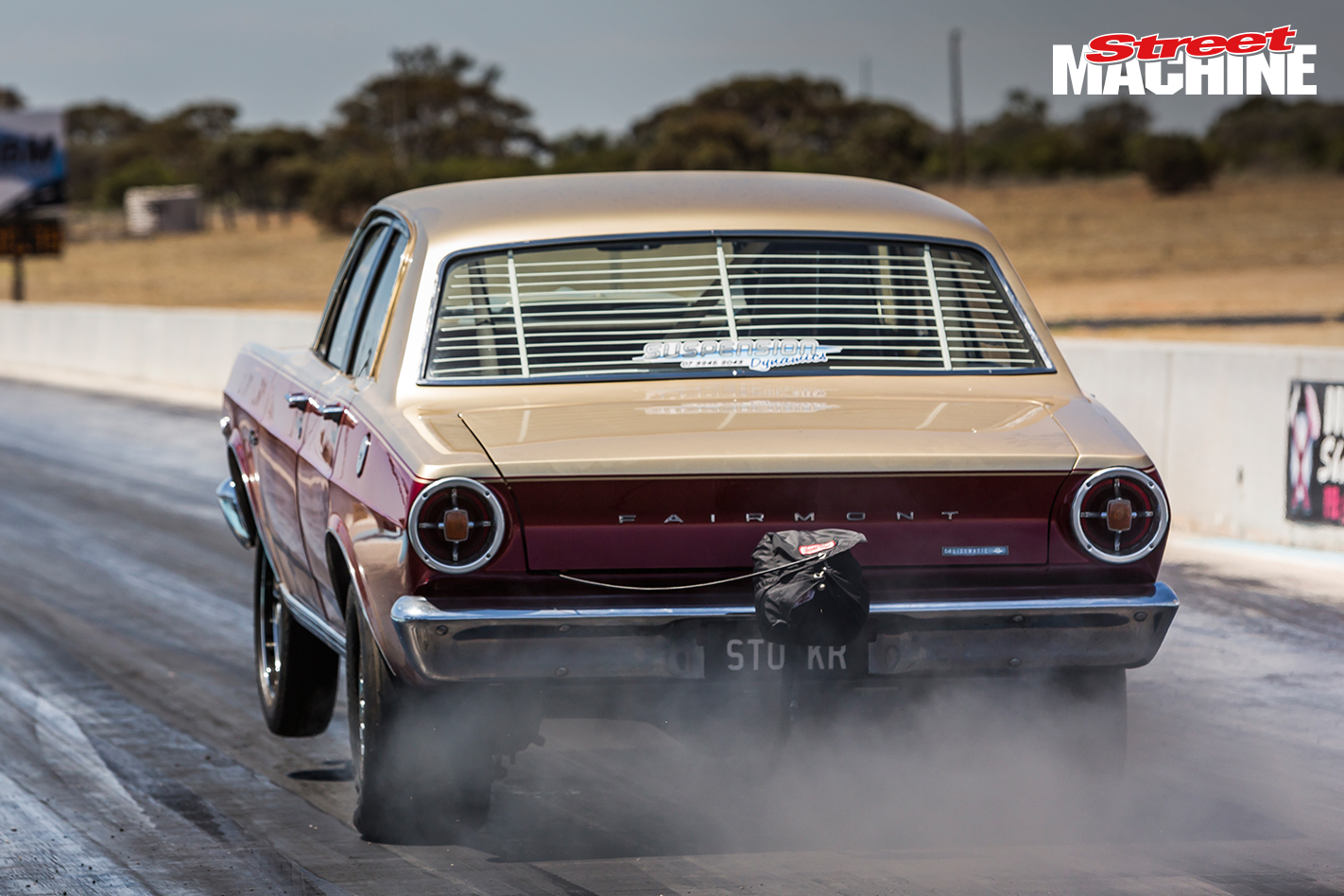 Monday to Friday, Pat O’Shea builds some of Australia’s best top-end street machines. But on the weekend, you’ll find him at the race track! He made his DC debut last year and came runner-up in Radial Aspirated in his nine-second wheelstanding XR Fairmont, powered by a tough aspirated 440ci Ford combo 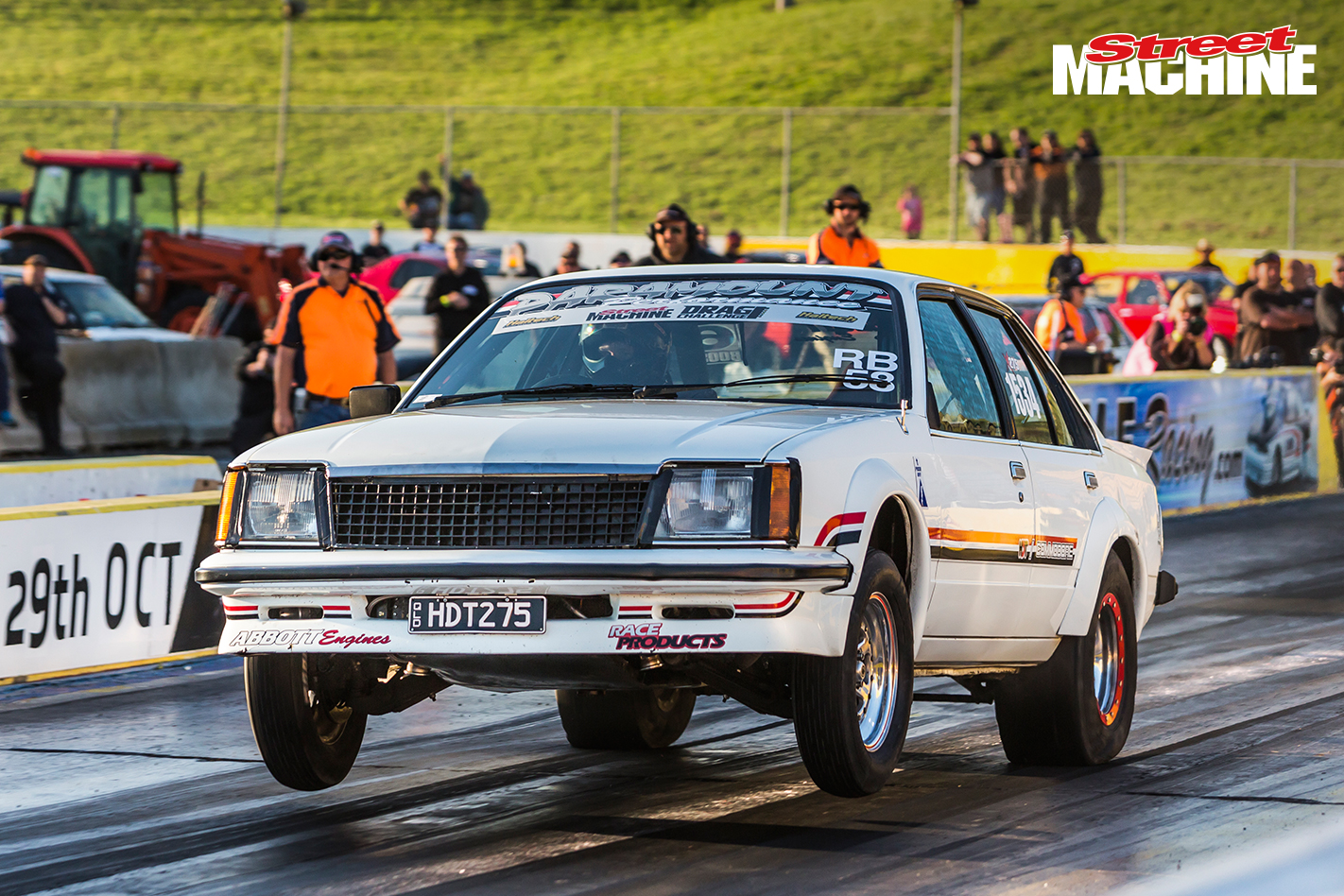 Terry Seng and the Paramount Performance crew have entered a new VH Commodore in Hot Rod Drag Week, but are going to make time to pull their seven-second VC out of mothballs to take on DC Weekend. Terry’s HDT275 twin-turbo LS-powered VC has competed at three Drag Challenge events and is always there at the pointy end, including two-runner up overall spots. It’ll be one of the fastest cars we have at the event and a tough one to beat 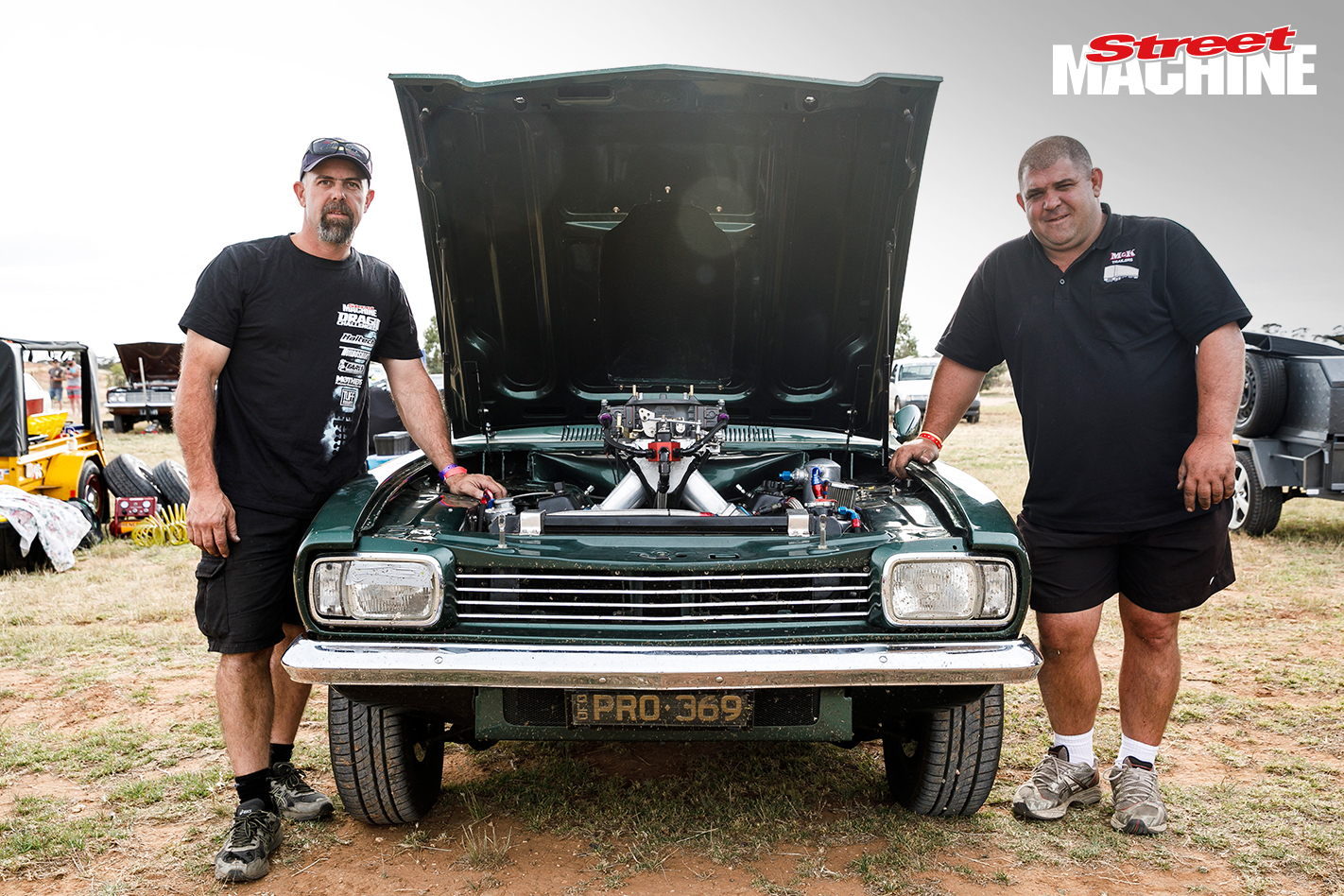 With three wins on the trot, Sydney’s Alon Vella is the man to beat in the Radial Aspirated class. Can any of the local racers defeat his 450ci Windsor-powered eight-second Capri? The car makes close to 1000hp and has run a best of 8.73 @ 155mph; it’s a serious bit of gear 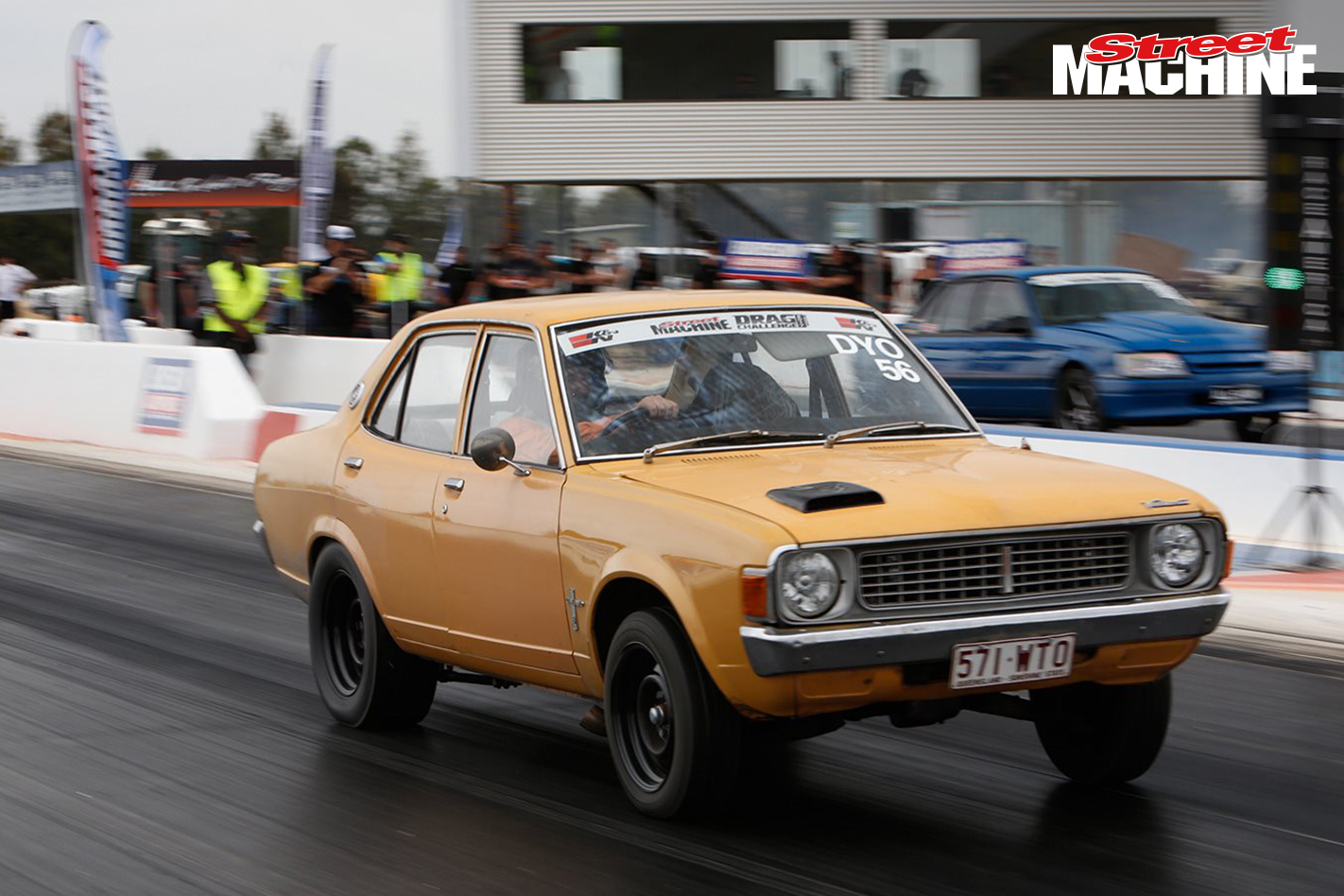 Ben Kadel from Toowomba, QLD, has entered his Chrysler Galant which was actually his first ever car! It’s now powered by a 2.7-litre twin-cam four-pot from a Toyota Hilux built by Abbott Engines, which is boosted by a Garrett GT35/82R turbo. The whole combo is capable of pushing up to 40psi and it’s a quick little thing! 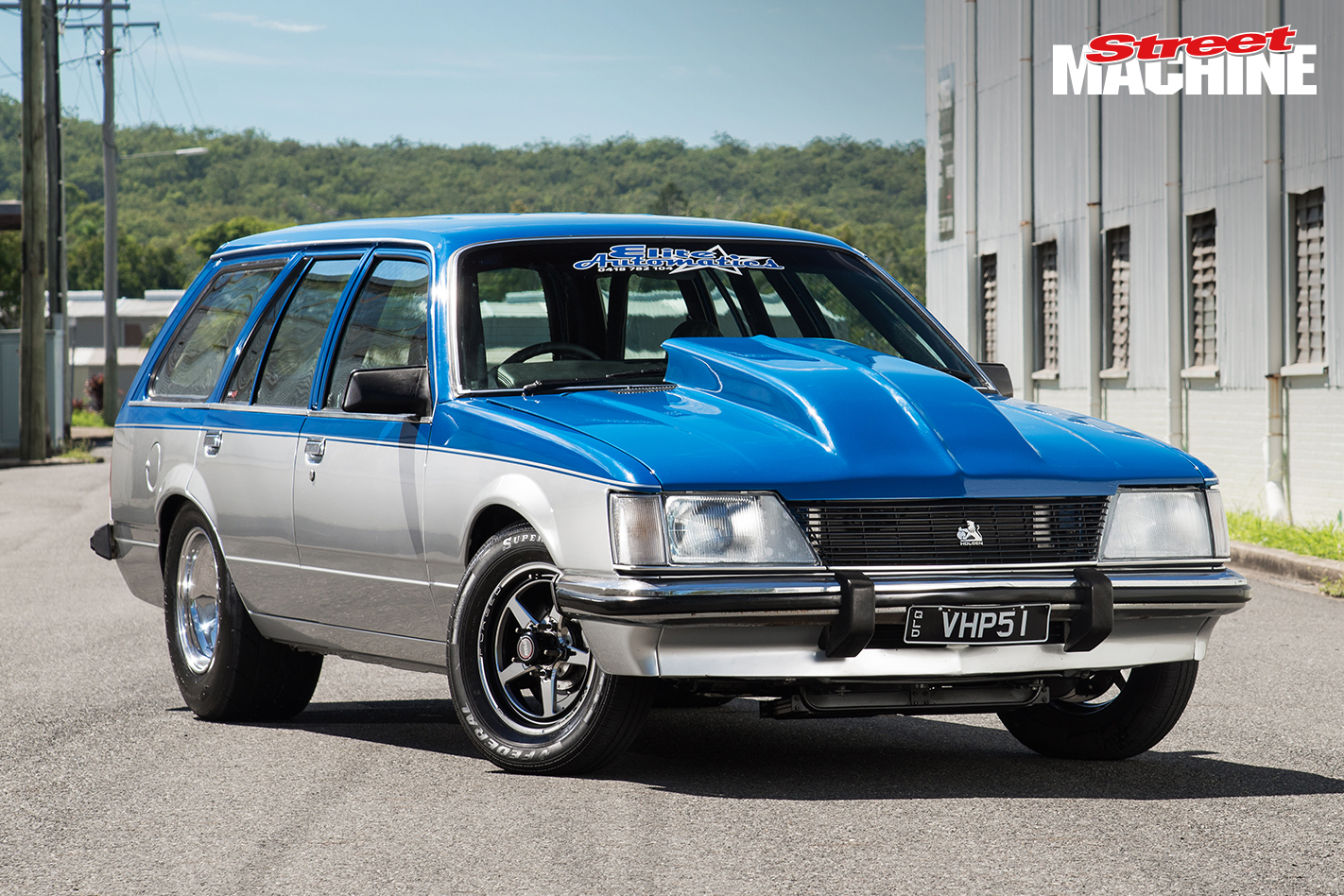 Brisbane-based Ben Vlekken has entered his mega-tough VH wagon. Having gone as quick as 8.74@158mph at Willowbank, Ben has the form to run towards the pointy end of the field, and will be competing in the Radial Blown class. The motor is a 6.0-litre L98 with a set of rods and pistons, CNC-ported heads and Garrett GT4788 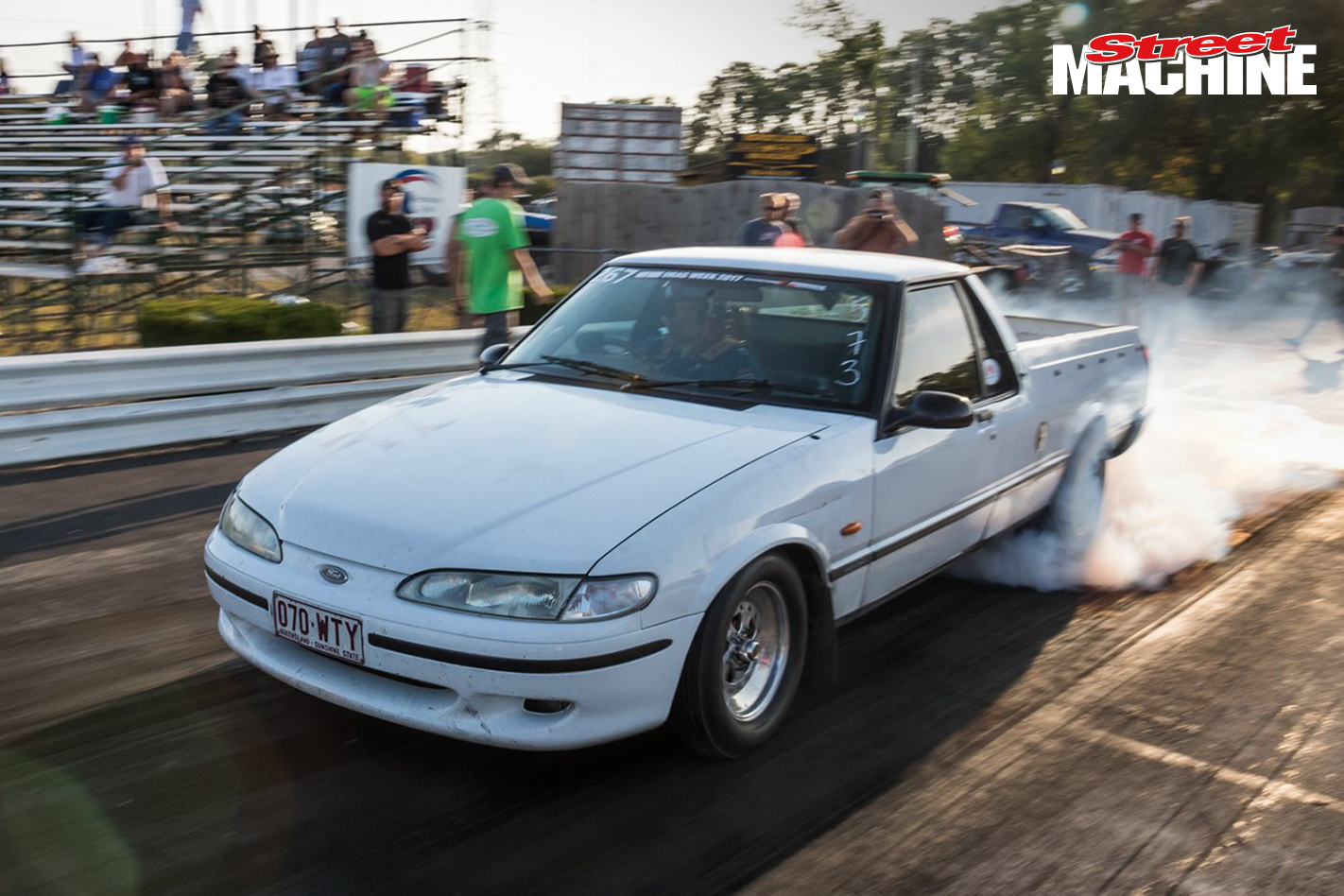 After competing in Hot Rod Drag Week over in America last year, Jamie Farmer has entered his ‘Dirty Bird’ twin-turbo LS-powered XH Falcon ute in Drag Challenge weekend. In America the Falcon went 8.80, but has a lot more in the tank 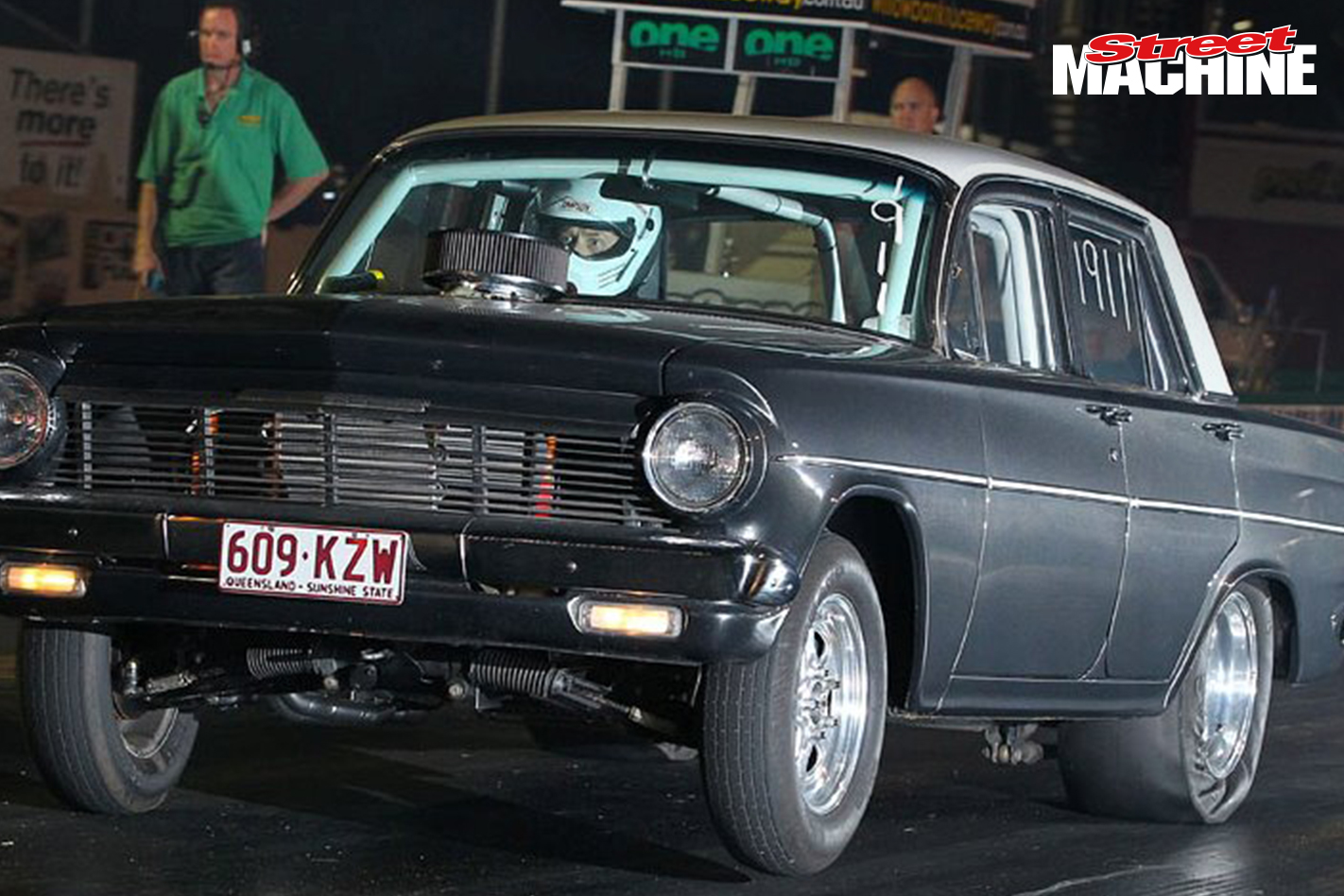 Queenslander Steve Hopes has a crazy nice elite-level twin-turbo Camaro which he won’t be racing in Drag Challenge Weekend, however the car he will be racing is almost just as cool. It’s a EH Holden powered by a 540ci big-block Chev and it runs nines – rad! 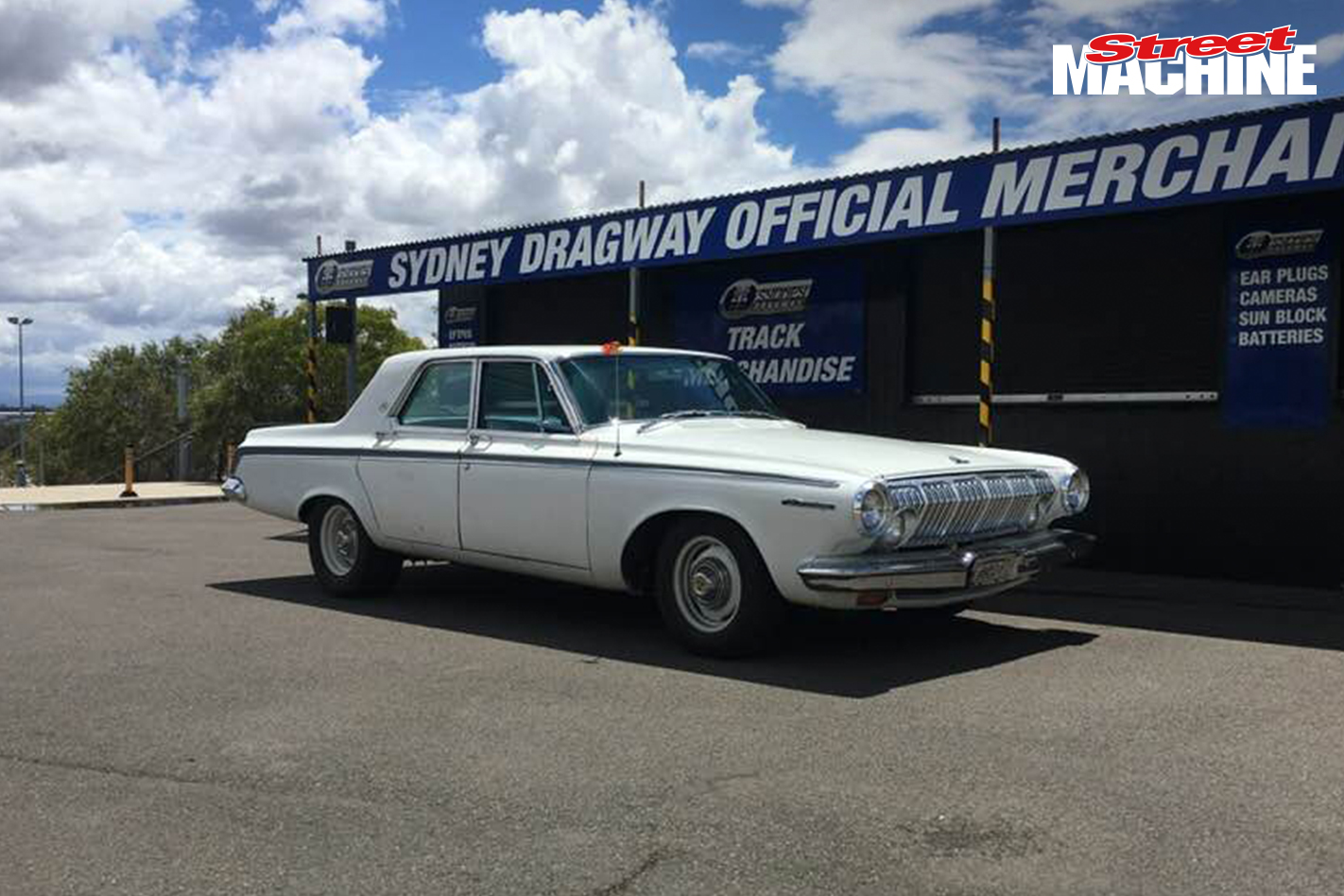 Steve Reimann is a veteran of both Drag Week and Drag Challenge and he’s back with a cool 1963 Dodge Phoenix running a 383 Chrysler, 727 auto and 8 and ¾-inch rear end 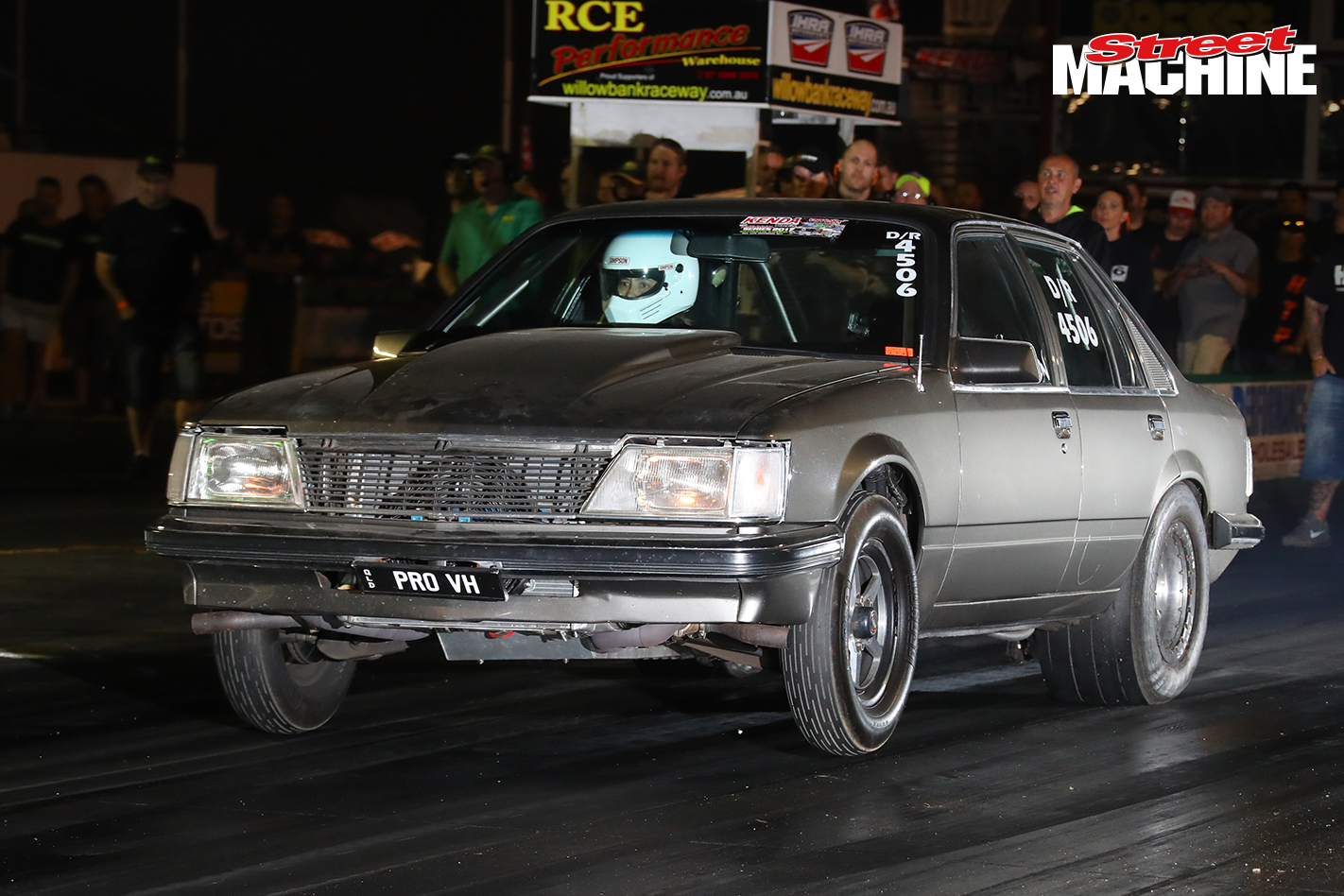 Craig and Tanya Thompson have entered their super tough 377ci LS-powered VH Commodore in Outlaw Blown. This thing has run 8.22 over the quarter so it should be up at the pointy end of the field 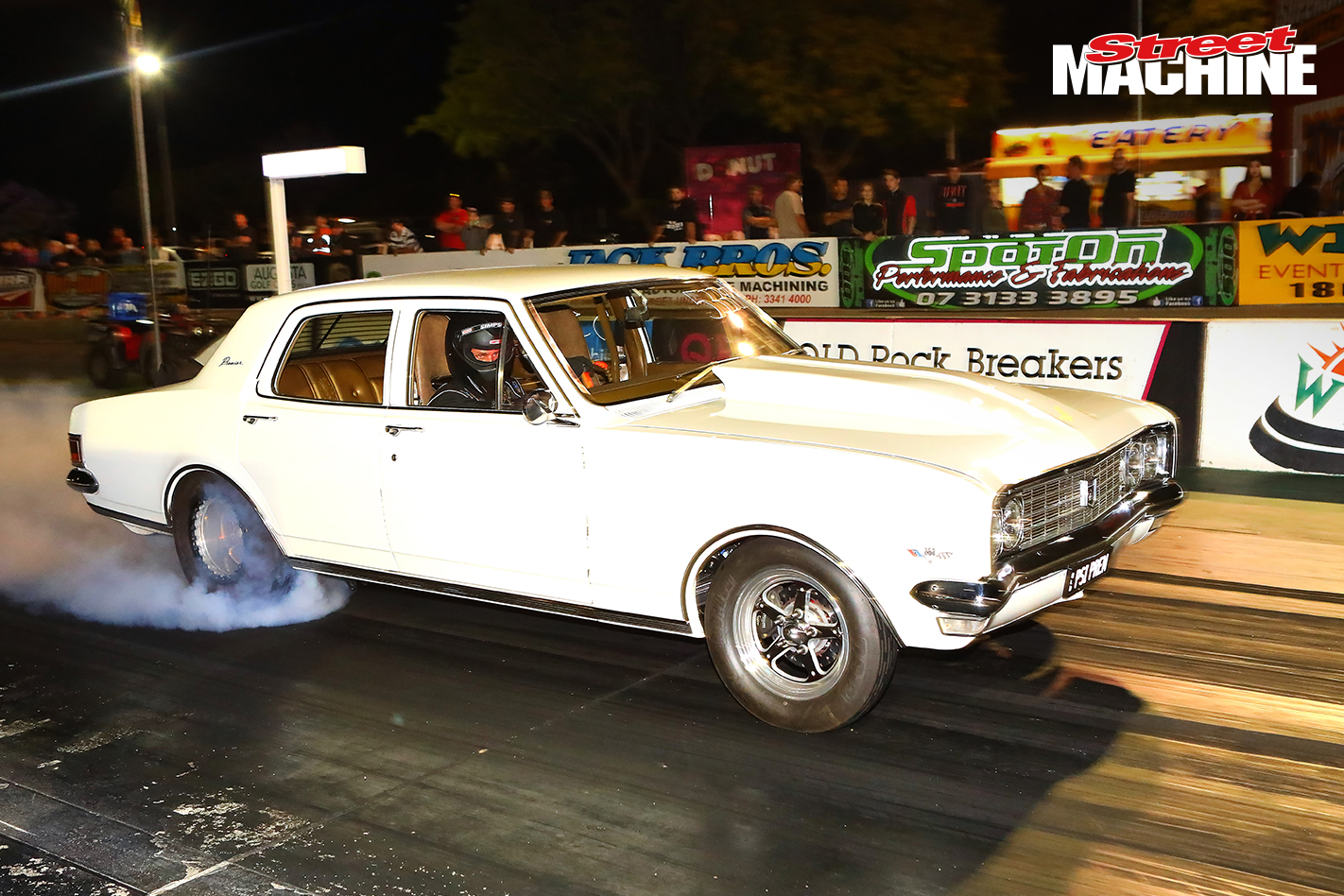 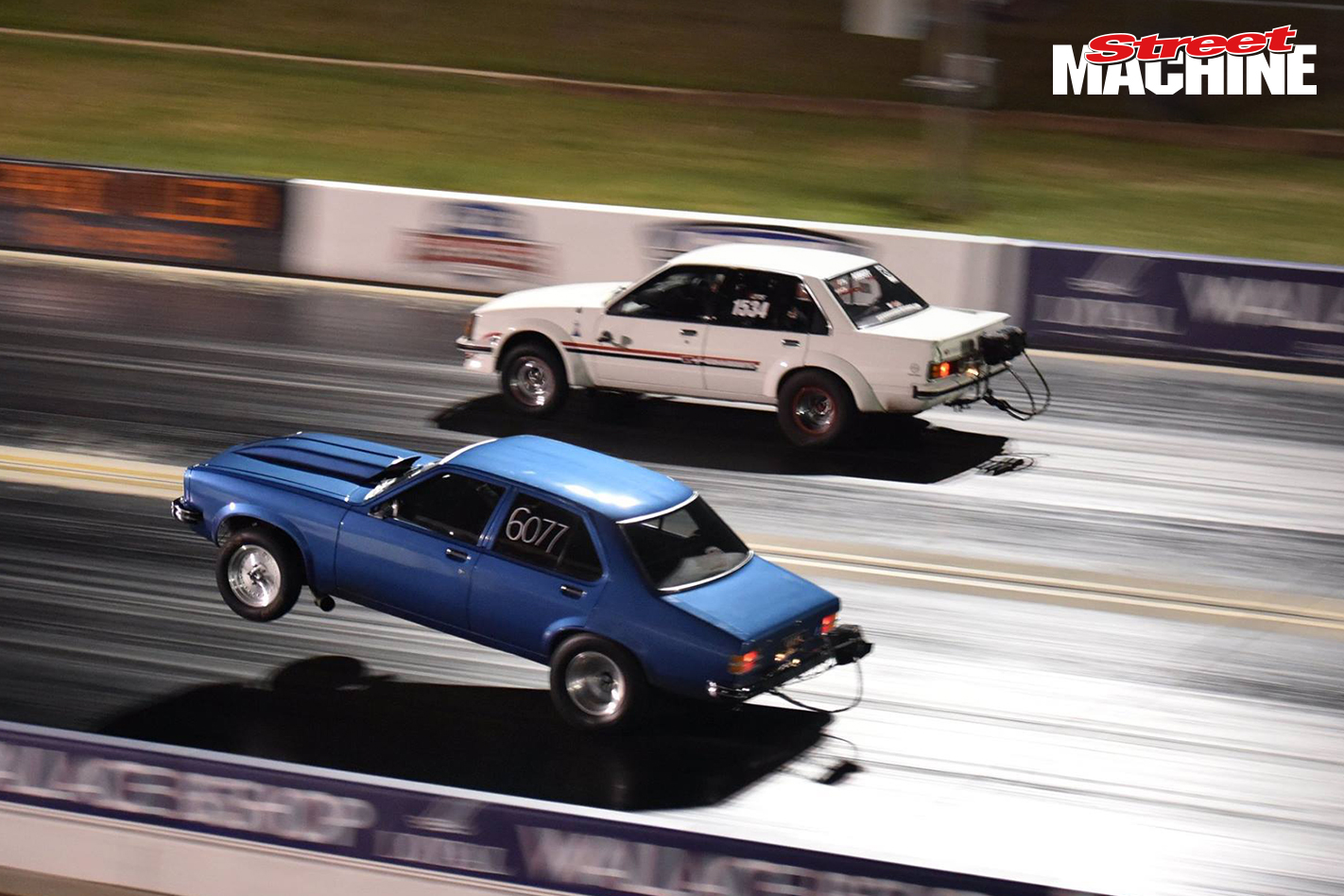 Brad Lane's Holden Torana is another serious rocket entered. Running a boosted 420ci LSX, the car has run a best of 7.73 down the quarter

Thanks to all our entrants, the tracks and our sponsors - Turbosmart, Pacemaker and Tuff Mounts. 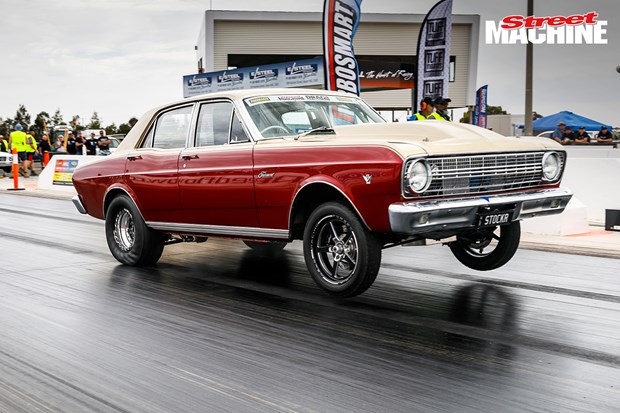 Pat O'Shea's 440ci, 900hp XR Falcon took on Drag Challenge 2017 just one week after it was finished, now that it's run in he's coming back for Drag Challenge Weekend! 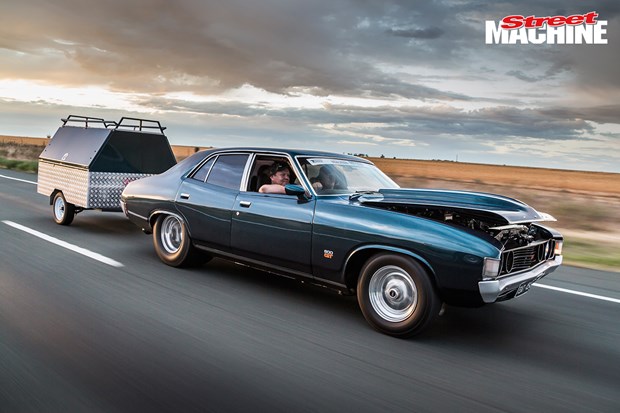 We're running a three-day Drag Challenge event in Queensland later this year and want you to be part of it! 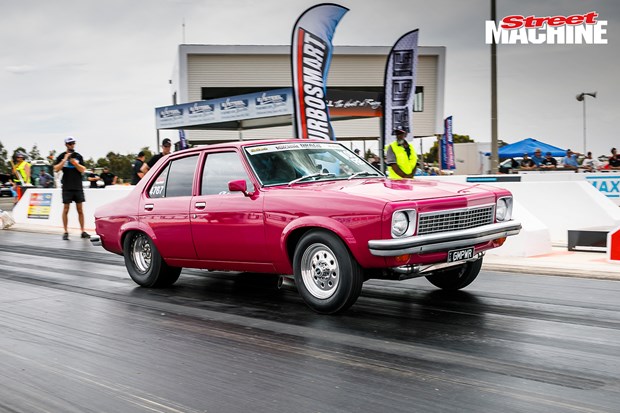