Land Rover’s future is hinged on its new ‘Ingenium’ engine family. We sample it in the Discovery Sport.

The future of iconic British manufacturer Land Rover lies under the bonnet of this otherwise largely nondescript Discovery Sport.

It’s called an Ingenium engine; one of a family of diesel and petrol engines that will power Land Rover, Range Rover (and Jaguar cars) well into the future. For this you can thank the giant Indian industrial and technology conglomerate Tata, or more specifically its subsidiary Tata Motors, which acquired Land Rover and Jaguar in 2008.

Tata has poured billions of dollars into Land Rover. As well as upgrading existing manufacturing facilities, Tata has built an all-new factory in the UK Midlands specifically designed to produce the Ingenium engine. Only announced in 2011 but up and running by 2014, this new factory is currently being doubled in size and is a part of Tata’s A$5.6 billion spend on Land Rover infrastructure in the UK since 2010.

Tata also hasn’t held back in investing heavily in the design and development of the Ingenium engine itself. This is a spare-no-expense effort. Using a modular-design 500cc cylinder as a starting point, a number of different size and configuration engines – such as a two-litre four or a three-litre six – can be created. Petrol and diesel engines will also share some common architecture and parts where possible, thus cutting production costs even further. 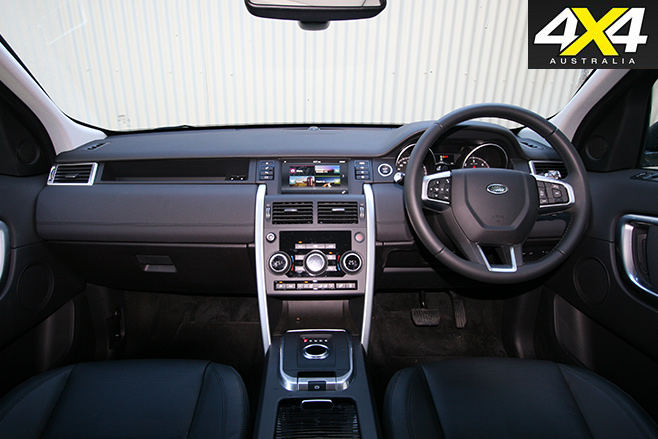 Under the bonnet of this Discovery Sport is a two-litre four-cylinder turbo-diesel. It’s called the Td4 150, where 150 stands for 150 metric horsepower. In our money that’s 110kW, and it comes with 380Nm. The Discovery Sport also gets a 132kW/430Nm version of what is effectively the same engine but in a different state of tune. It’s called the Td4 180. The next generation (full-size) Discovery due here in 2017 will feature the 132kW/430Nm engine (in base-spec models) as well as a bi-turbo ‘SD4’ version of the same two-litre four-cylinder engine that claims 177kW/500Nm. The 177kW version will also be available in the Range Rover Sport from January 2017.

I wasn’t exactly sure which of the two optional diesel engines was tucked under the bonnet of Discovery Sport when I picked it up, as there aren’t any telltale badges. It turned out to be the 110kW/380Nm unit, but it could have been the 132kW/430Nm version as it performed so strongly. The Discovery Sport may not be heavy, but at 1900kg (seven-seat version, as tested) it’s not exactly light either, so a decent ask for a 110kW two-litre diesel even if it does have nine gears – courtesy of ZF – to help.

Most noticeably, this new Ingenium diesel engine is almost petrol-quiet and particularly smooth thanks in part to counter-rotating balance shafts usually only found in bigger (and inherently more vibration-prone) four-cylinder engines. Fours of this size (and even bigger) usually do without balance shafts. 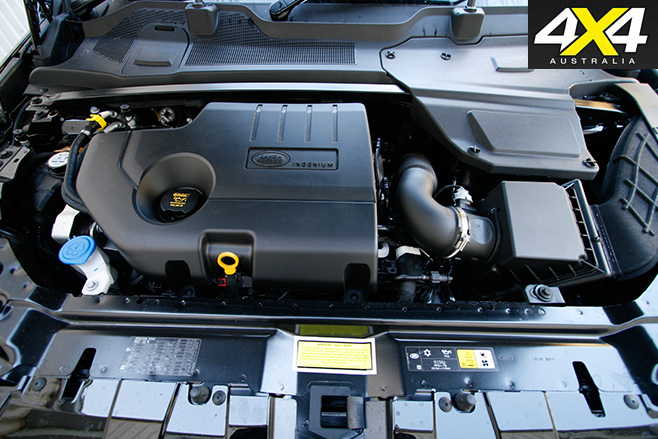 For a single-turbo design the Ingenium is also remarkably flexible, being both strong off the bottom end and zippy up top, revving cleanly to 4000rpm and beyond. It’s strong enough to successfully carry its super tall (75km/h/1000rpm) top gear, wafting along below 1500rpm at expressway speeds – at least on the flat. However, any sort of open-road incline will see the gearbox shift back to eighth or seventh, which are still very tall gears. And unless you watch the tachometer you would probably not notice that the gearbox has even back-shifted, such is its seamless nature.

As well as its high-pressure (1800 bar) injection and a low-inertia variable-geometry turbo, the Ingenium engine follows modern design trends with a mild (for a diesel) 15.5:1 compression ratio for reduced diesel knock and lower NOx emissions, which is crucial in meeting ever-tightening regulations.

On that count the Ingenium comes with the latest ‘clean-diesel’ tech – a particulate filter and Selective Catalytic Reduction (AdBlue) – so that it can meet upcoming Euro 6 standards. The Ingenium diesel has variable exhaust valve timing (not for extra performance) as part of its emissions hardware. The Ingenium design also uses low friction internals and has a number of electronic controls to cut parasitic power losses involved in driving the coolant and oil pumps.

In the Discovery Sport this engine claims just 5.3L/100km in the official fuel-use test, a very frugal figure by any measure. In our on-road test it used 8.1L/100km; still very good without being as good as you may expect. 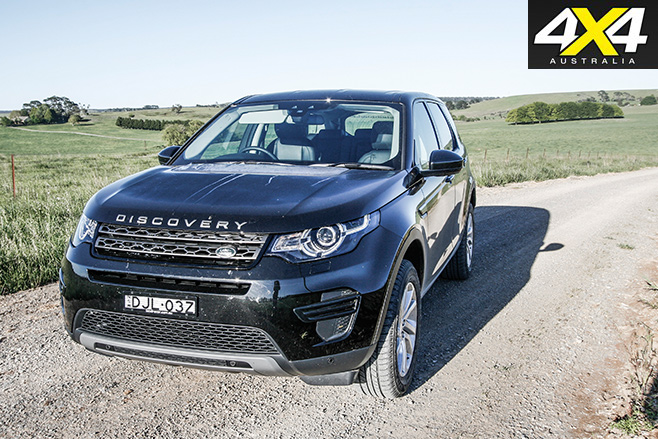 The engine tested here is in the mildest state of tune of the three four-cylinder Ingenium diesels, but it’s still in a relatively high state of tune compared to other latest-design diesels such as Toyota’s new 2.8. A 2.8 built to the same tune as this Td4 150 would, for example, make 154kW/532Nm. A 2.8 with the same tune as the more powerful Td4 180 would make 185kW/602Nm, which would be more than handy in a Hilux, and that’s all with a single turbocharger.

The bi-turbo Ingenium diesel has even more potential. Given the four-cylinder SD4 makes 177kW and 500Nm, a three-litre six-cylinder variant would make 265kW and 750Nm, if indeed a bi-turbo six comes along. Current indications are the diesel sixes will be single turbo, but that still means 200kW/650Nm or thereabouts, which sounds more than useful even in a heavy 4x4.

Aside from its smooth, quiet and flexible Ingenium engine, this Discovery Sport does what all Discovery Sports do: it combines polished handling with a supple ride, even on rough roads. It’s handy enough for mild off-road use, even if it’s in a completely different, and lesser, league than its big brother – the Discovery – when it comes to getting dirty. 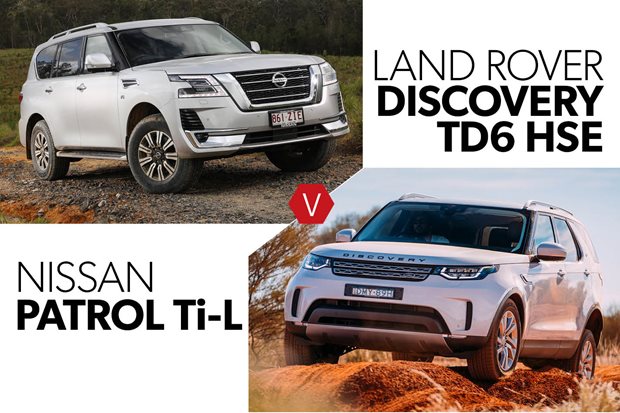