The four-door version of the Renault Megane has been unveiled and confirmed for Australia.

Renault’s sedan variant is called either the Megane Sedan or Megane Grand Coupe depending on market. In Australia it will be the successor to the Megane-based Fluence, which was dropped from the local market in early 2015. 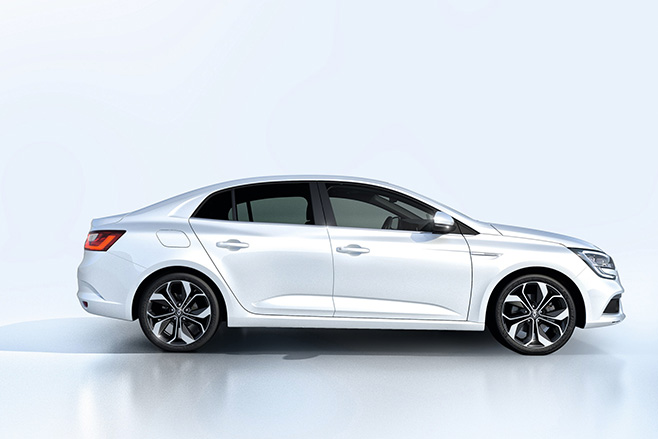 The Grand Coupe is likely to arrive in early 2017, following the Megane hatch and Sports Tourer wagon that goes on sale this September.

The three models share the same front end notable for its C-shaped headlights and high-waistlined body, though the Grand Coupe marks itself out with its rear roofline that tapers almost seamlessly into the rear end.

There’s also a full-length glass roof that runs from the windscreen to the rear window. 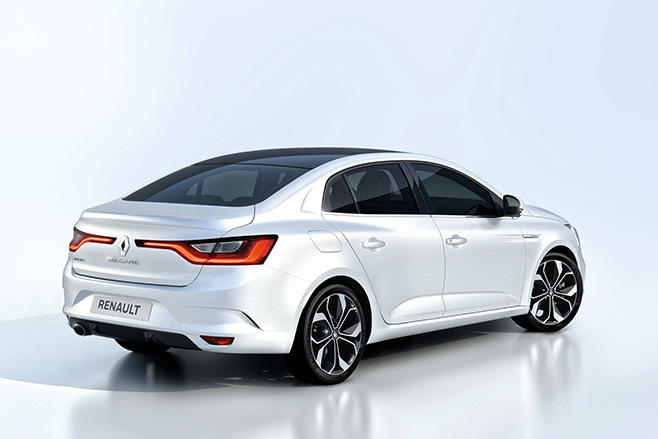 Boot space of 508 litres is about 75 litres more than the hatch, with the wagon version remaining the most practical at 521 litres.

The Grand Coupe employs the Megane interior, as expected, including its 7.0-inch digital colour instrument panel and 8.7-inch infotainment ‘tablet’ that dominates the centre stack.

It will be offered with the same range of active driving aids as the rest of the Megane family, including adaptive cruise control, lane departure warning, blind spot detection and autonomous emergency braking. 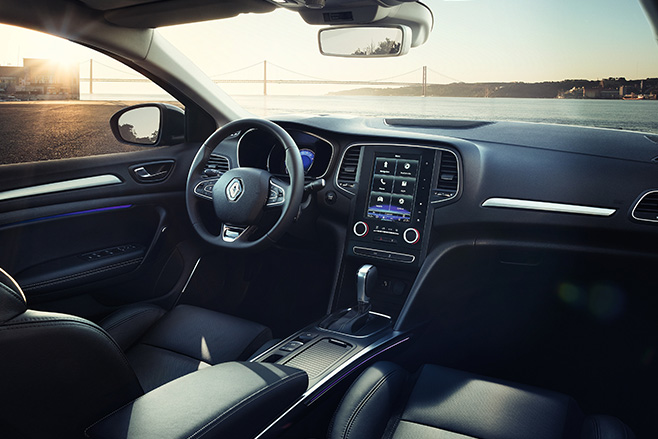 Engine options for Renault Australia to choose from for this market include two petrol and three diesel engines, linked to manual, CVT or dual-clutch gearboxes depending on engine.

The Renault Megane Grand Coupe/Sedan will be built in Turkey, where the Megane hatch is produced in Spain.