Benz unveiled a concept at the 2016 Paris motor show overnight called the Generation EQ. It heralds a new Daimler sub-brand and previews the design, construction and technologies that can be expected from a new fleet of vehicles emerging by 2020.

The “close to production” sporty SUV sits on a new architecture formed from a mix of steel, aluminium and carbon fibre. The scalable platform allows for varying wheelbases and track widths – giving Mercedes the ability to cover all segments ranging from the A-Class hatchback to the S-Class limo.

Scalable battery components will also enable Mercedes to create different outputs for the electric drive system, with the biggest of the lithium-ion battery setups delivering 300kW, 700Nm and a range of 500km. 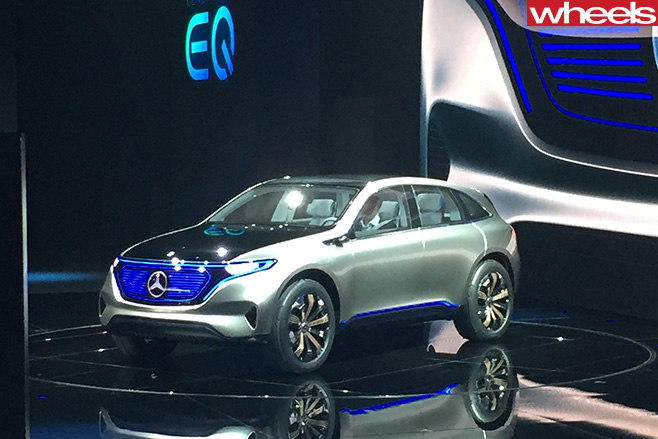 The battery pack is embedded deep and centrally within the vehicle floor, powering two electric motors – one on each axle - to create permanent all-wheel drive with variable torque distribution.

Mercedes says the Generation EQ concept is capable of hitting 100km/h from standstill in less than five seconds.

The company will also compete with Tesla’s Powerwall home battery system with its own energy storage unit for home owners equipped with solar power set-ups. 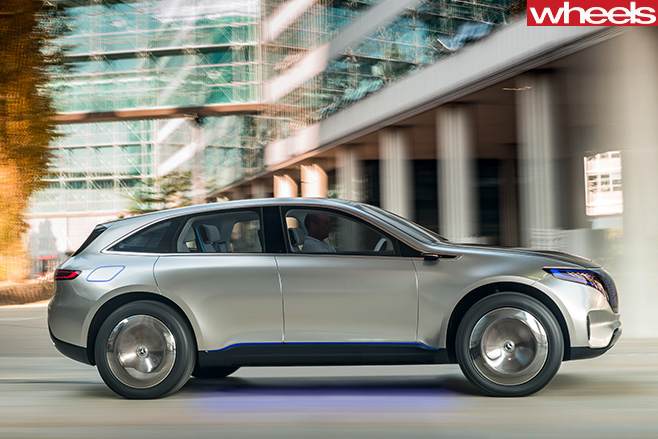 A fast-charge system will be available, with Mercedes saying such systems will eventually be able to provide sufficient recharge for a 100km range within just five minutes.

The Generation EQ’s cabin showcases how the brand’s electric fleet will feature a distinctive “electro look” design inside as well as outside. 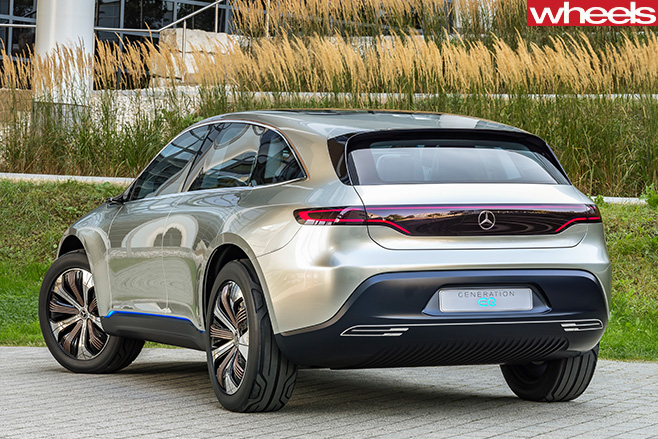 The screen can be alternated between minimalist and information-heavy displays, and varied between the extremes.

There’s also a floating effect for the rose-gold-rimmed centre console. Touch-sensitive controls build upon those debuted in the new Mercedes-Benz E-Class.

Side vision is provided by images projected on the inside of the doors – from exterior cameras that replace conventional wing/door mirrors.

The EQ concept also conceals its windscreen wipers and door handles to complement its futuristic styling.

The EQ, which stands for Electric Intelligence, incorporates vehicle-to-vehicle and vehicle-to-infrastructure communication capability. 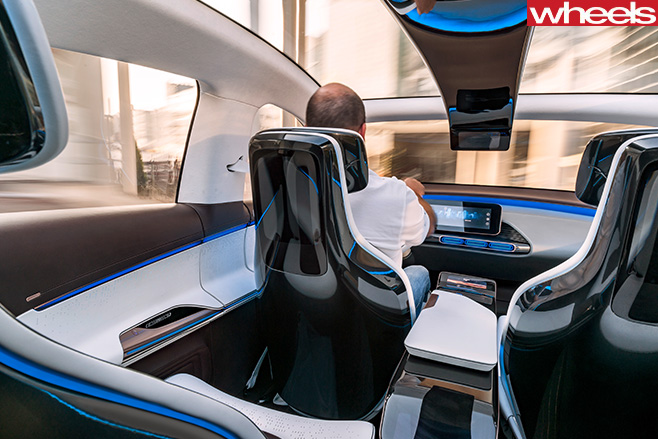 Mercedes has previously dabbled with electric vehicles, though they have merely been existing models modified with batteries and electric motors. They include the Smart Fortwo and Benz B-Class.

As Tesla struggles to expand its production output, the Generation EQ concept is unlikely to be a welcome sight for CEO Elon Musk.

"In 2007, the e-smart was a pioneer of electric motoring. We're now flipping the switch,” said Daimler CEO Dieter Zetsche. “We're ready for the launch of an electric product offensive that will cover all vehicle segments, from the compact to the luxury class." 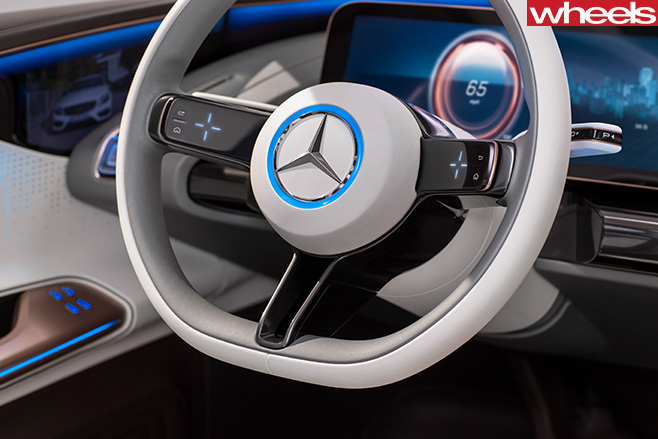 And according to Zetsche, an all-electric production car is an achievable goal for the German automaker in the short to medium-term:

“Our new goal is to lead the premium segment in electric cars, including any new entrants,” he said at the Paris Motor Show today.

“We already have the required production facilities. We will build our electric cars in our existing production network.

“That will enable us to quickly achieve the necessary volumes, global market reach and deliver Mercedes quality. Our message to the market is this: ready when you are.” 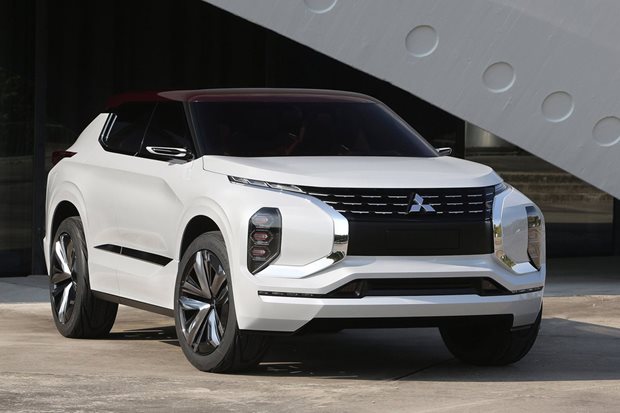 Mitsubishi previews a larger, bolder hybrid SUV concept at Paris, potentially pointing toward the car that will eventually replace the Outlander 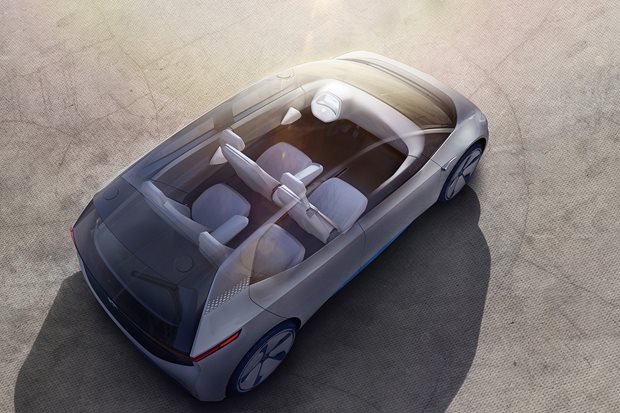 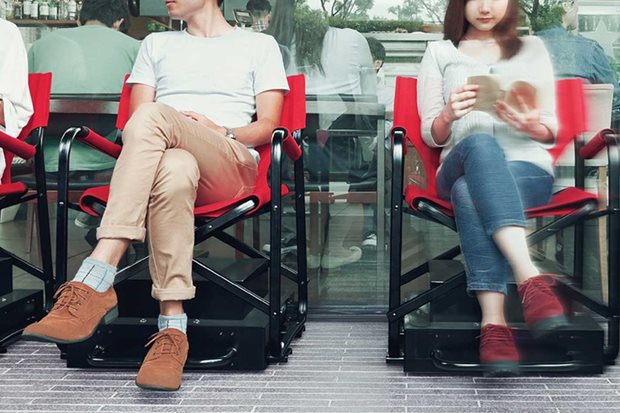