The most changed Toyota Camry ever will hit Australia late this year.

THE covers have finally come off the 2018 Toyota Camry in Detroit.

Due very late this year (immediately after the company ceases local vehicle production for good), the replacement for the best-selling midsizer over the last 23 years in Australia heralds the biggest change the series has seen in nearly 35 years and eight generations.

Known as the XV60, it will also be the first Camry since the introduction of the mainstream Mk2 versions of 1987 not to be manufactured locally, reverting to Japanese sourcing instead. 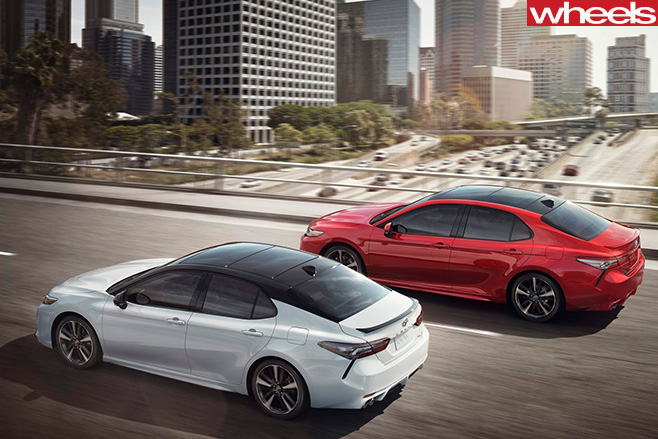 Good news for fans of the Camry is that the traditionally staid Toyota seems to have let its hair down a little stylistically, adopting far more creases and curves than before. Combined with a significantly longer wheelbase, wider body and tracks, extended roof, faster windscreen rakes, lower bonnet/boot lines, and larger wheel arches, the net effect is at the very least palpably more contemporary than before.

There’s even a two-tone option in the US with a trick blacked-out ‘floating’ roof treatment. Just like seeing a Play School presenter in gym gear. In US spec, length increases by about 10mm to 4859mm, width by about 20mm to 1839mm, and wheelbase by almost 50mm to 2824mm, but height falls a hefty 30mm to 1440mm. 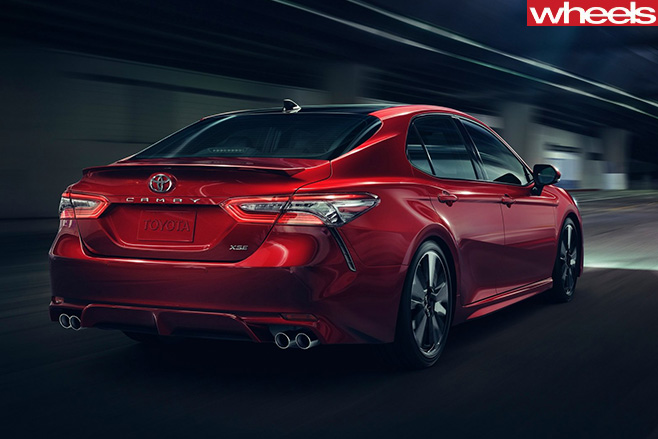 One key area of progress is inside, with the roomier cabin boasting a more modern dashboard design with an eight-inch central touchscreen, higher quality materials, better seats, a bigger boot, and substantially more effective noise/vibration/harshness management. Toyota claims it is the quietest and most refined Camry ever by some margin.

Such huge leaps forward are the upshot of a completely new platform underneath. Like the latest Toyota Prius and upcoming Toyota CH-R small SUV, the 2018 Camry adopts the Toyota New Generation Architecture, and is said to bring with it significantly improved steering, handling, ride, and refinement qualities. 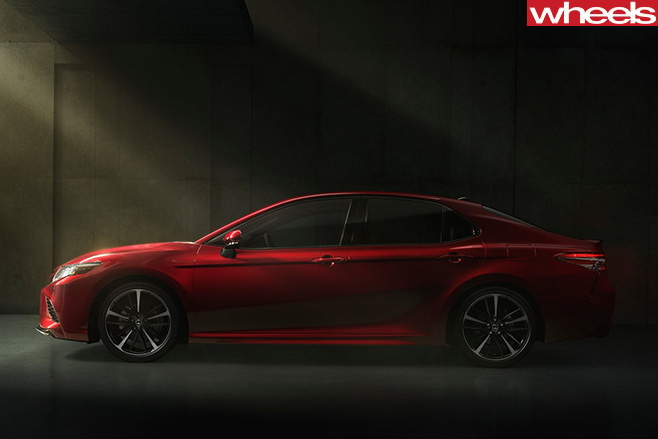 Suspension differences include the adoption of a double-wishbone set-up out back, usurping the old dual-link independent system currently employed. It is believed that some Australian-condition chassis tuning and testing has been carried out.

A trio of powertrain choices have been confirmed for Australia – a variation of the carryover 133kW/231Nm 2.5-litre four-cylinder engine destined for most buyers, a petrol-electric hybrid of the same capacity, and an all-new direct-injection 3.5-litre variant that marks the return of the ‘Camry V6’ badge. Local-market power and torque outputs have yet to be divulged.

As we reported late last year, the latter will serve as the replacement for the locally made Aurion, and scores an all-new eight-speed automatic in lieu of the others’ continuously variable transmission. All drive the front wheels. 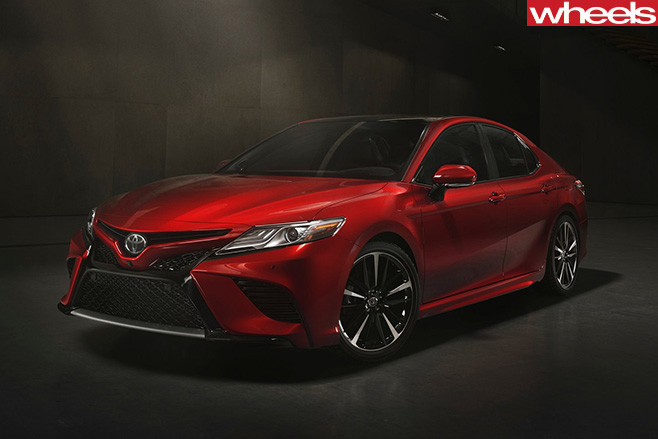 Other changes include the addition of standard autonomous emergency braking, the availability of a 10-inch colour head-up display, and the abolition of the very US-focused foot-operated park brake for an electronic version. Additionally, due to the relocation of the battery pack from beneath the boot floor to under the back seat, the hybrid’s rear-seat backrest now splits and folds fully, greatly increasing cargo capacity and luggage-carrying practicality.

More details relevant to the Australian-market Camry will be revealed closer to the launch date, including what the all-important pricing and positioning will be, now that the mid-sizer will soon end local production and lose subsidies that make the cars attractive to government and other fleet buyers. 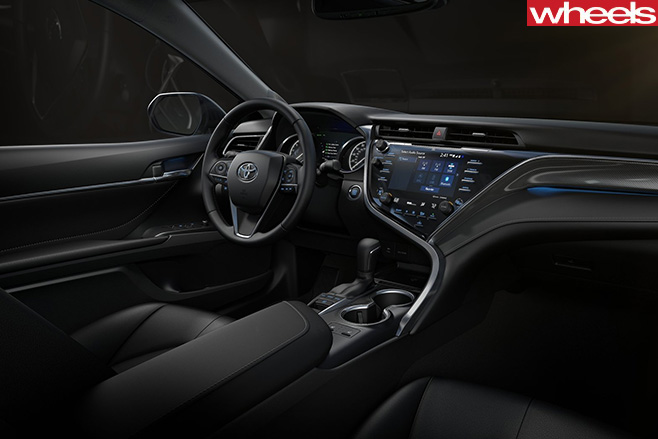 However, according to Toyota Australia’s executive director of sales and marketing, Tony Cramb, the switch to Japanese sourcing will most likely only lead to small price rises.

“It is way too early for pricing details,” he said. “We haven’t even started discussions with Toyota Motor Corporation about that. (But) I don’t think that will have a dramatic impact on pricing.”