dir="ltr">JAGUAR’S first SUV will soon cram the F-Type’s 5.0-litre supercharged V8 under its bonnet to create the first-ever SVR-badged version.

The British luxury brand has announced the Jaguar F-Pace SVR will have its global unveil at this week’s New York Motor Show, and is expected to come packing a 423kW/700Nm punch.

Few details of Jag’s Porsche Macan-rivalling SUV are available at this stage, but we can also expect the fastest F-Pace to date should get the same eight-speed automatic transmission as the SVR-badged F-Type, and send its drive to all four wheels.

Similar to its rivals, which will also include the upcoming Alfa Romeo Stelvio Quadrifoglio, the F-Pace SVR is expected to sport quad exhaust pipes and sit on low-profile rubber, most likely wrapped around 22-inch alloys. Jag’s Special Vehicle Operations, which fettled the F-Type SVR that is donating its drivetrain to its higher-riding cousin, is also likely to give the V8 F-Pace a more serious aerodynamic package, including a front air dam that will gulp in cooling air at a much higher rate than its more boulevard-focussed showroom siblings.

The fastest F-Pace to date is the S, powered by a supercharged 3.0-litre V6 that produces 280kW and 450Nm, which completes the 0-100km/h sprint in 5.5 seconds. The F-Type SVR’s kerb weight is expected to jump by about 60kg over its V6-engined version, meaning it will weigh more than 1900kg, but it should still be able to make the same run in around 4.0 seconds.

The range-topping $133K, 294kW/550Nm 3.6-litre twin-turbo V6 Porsche Macan Turbo has had the compact performance SUV market all to itself for the last few years as the Macan has risen to become the brand’s best-selling model. 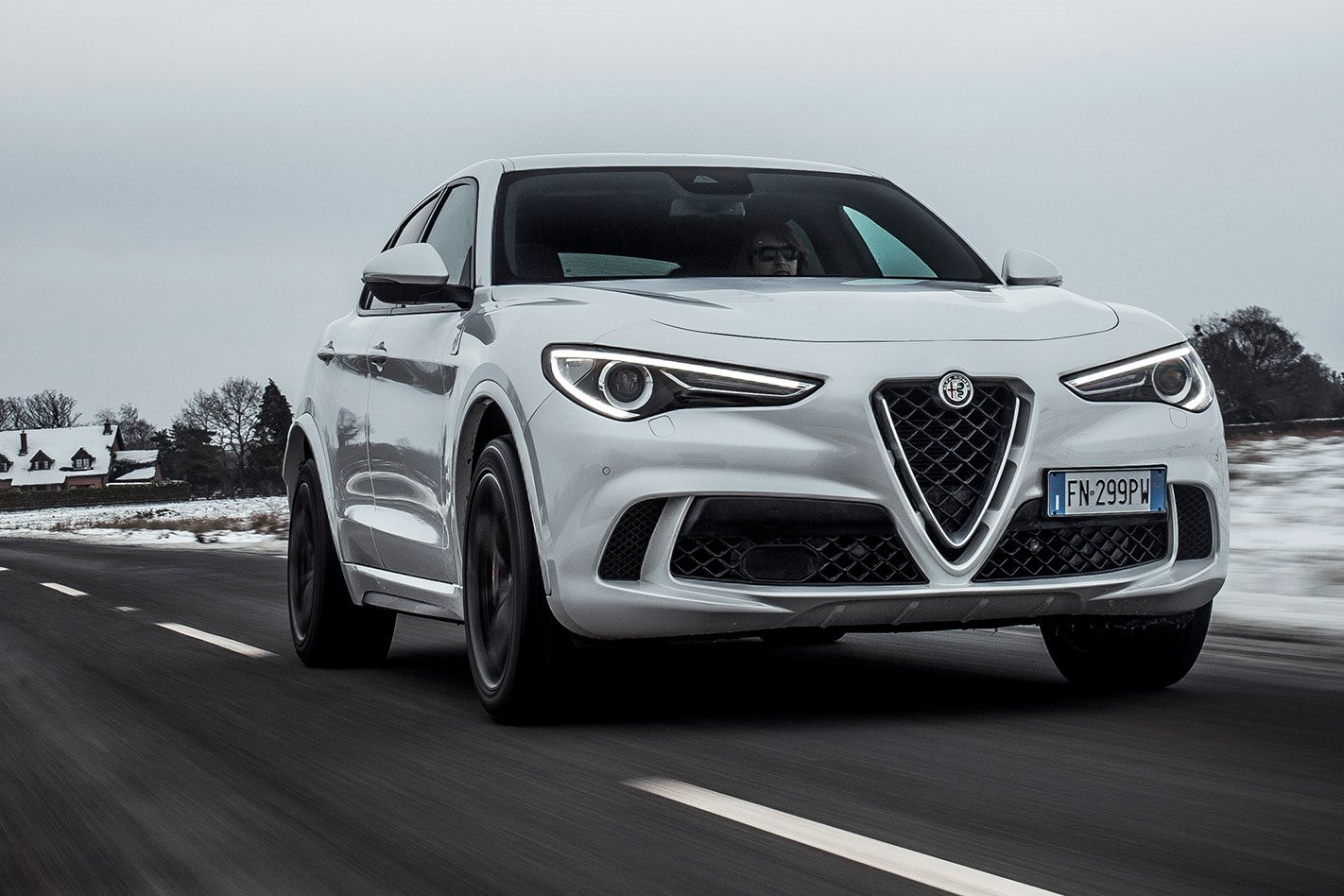 However, the arrival of the F-Pace SVR, and the upcoming, sub-4.0sec 375kW/600Nm 2.9-litre twin turbo V6-engined Alfa Romeo Stelvio QV should have performance SUV buyers browsing several showrooms before making a choice.