AMG boss Tobias Moers has dropped details of what the company’s line-up will look like as it pivots towards an electric future – with a hybrid GT 4-Door the first of the marque’s new breed of high-performance cars planned.

“Like everybody else in the automotive industry, we have to transform ourselves. The next generation of cars are going to be performance hybrids – the GT 4-Door is the first one,” Moers told media at the Frankfurt Motor Show.

He told media at the Frankfurt Motor Show the brand needed to embrace electrification but there was room for internal-combustion power and electric to coexist under the freshly minted AMG EQ Performance banner.

A full AMG-specific EV is also in the pipeline, one that would no doubt challenge existing 0-100km/h records for AMG if not overall top speed. Moers was quick to point out the fact there’s currently a clear leader in this domain. “[Porsche] Taycan sets the bar – that’s for sure.” He paused before adding: “That car sets the bar - for now.”

One thing is certain: future AMG EVs will employ more than one forward ratio. “Single ratio is wrong,” Moers declared.” You need a minimum of two gears, otherwise we don’t meet our power requirements. Even the hybrid that we’re going to have next year [GT 4-Door] is a two speed. “

Rumoured to be branded GT73, the hybridised twin-turbo V8 would make an ideal rival to the Porsche Panamera Turbo S E-Hybrid. It’s expected to be released next year, or by early 2021, with the technology to filter through to more AMG models in the future.

Retaining the emotive nature of an AMG has been high on the list of priorities for Moers, but he believes that customers will buy its EVs if the old criterion is met. “They’re going to buy the car if the performance is there. That’s my attitude.” 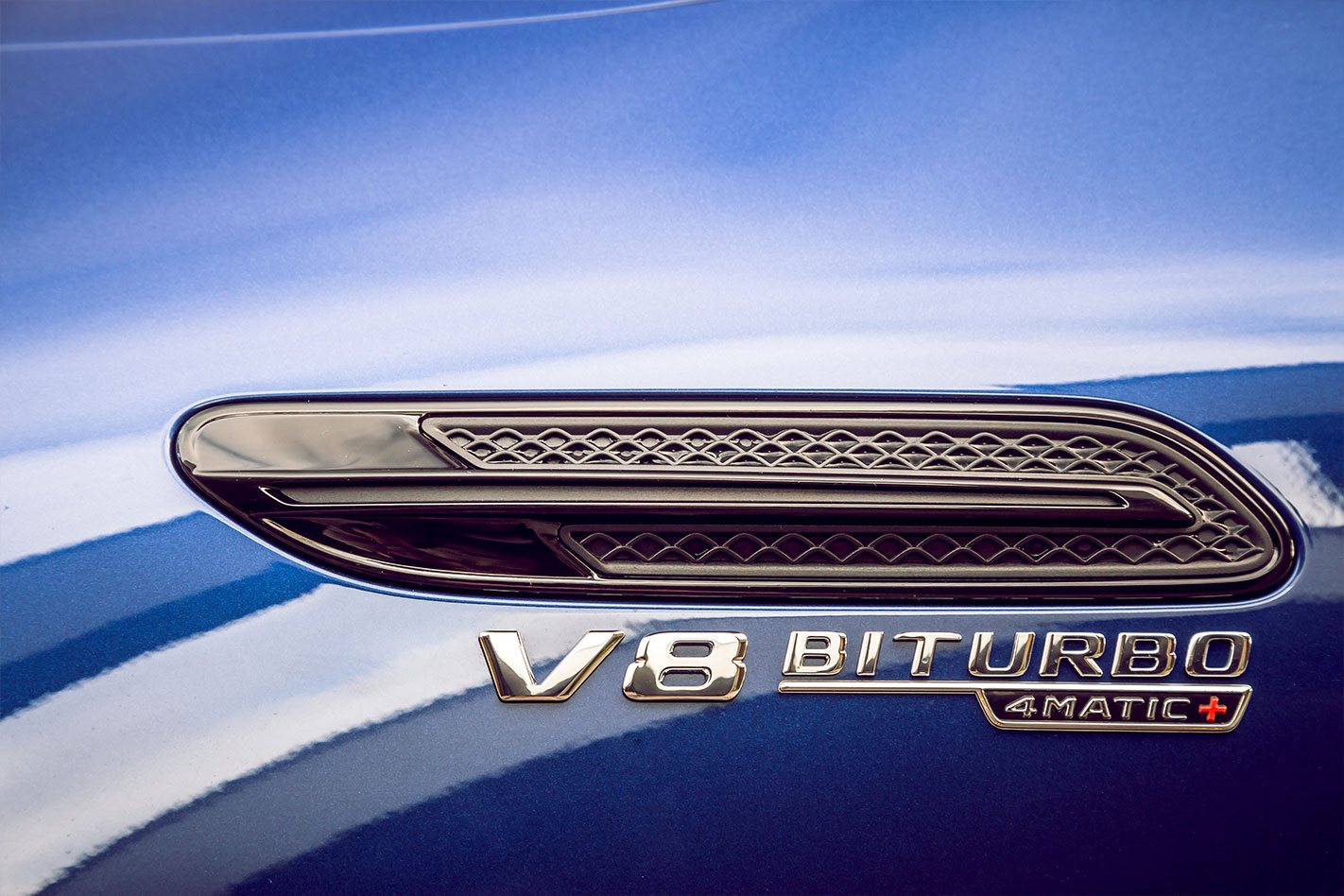 He thinks AMG can cater for all tastes in the future, both fans of bent-eights and EVs. “There’s no either/or. We can combine a proper V8 with an electric motor. Maybe not necessarily every segment, but we can do so – and we’re going to do so.”

Moers acknowledged that sound is a key factor to a ‘proper’ AMG. “Sound is very important to us. You have to establish an easy-to-identify AMG sound for electric driving. It could sound like a V8, but this feels very strange and stupid. It’s something we discuss and talk about. Let me take the A45 as an example. For sure it’s not all natural what you’re going to hear … we use the speakers.”