How Michelin created a tyre that could survive 300mph

Ever since Bugatti first announced its Chiron hypercar in 2016, it was understood that the tyres were the limiting factor in the car becoming the first production car to break 300mph barrier.

Read next: Andy Wallace: "I jumped the Chiron at 447km/h"

Stefan Ellrott, Bugatti’s head of development, told Wheels that the hypercar manufacturer worked closely with its tyre supplier to ensure the rubber could survive the forces that are generated at those speeds.

“Due to that reason we had to modify slightly the series tyre of the Chiron. It is still the series tyre, but with an additional layer of carbonfibre in it,” he explained.

The compound and overall spec of the tyre has remained the same as the ‘regular’ Chiron, with the reinforcement being added to the carcass of the tyre.

“It is a very close relationship between Michelin and Bugatti, because Michelin is the only supplier of tyres for the Chiron, so we are together,” he said.

“What we did, together with Michelin, to make sure that there would be no risk with the tyres, was a lot of bench testing 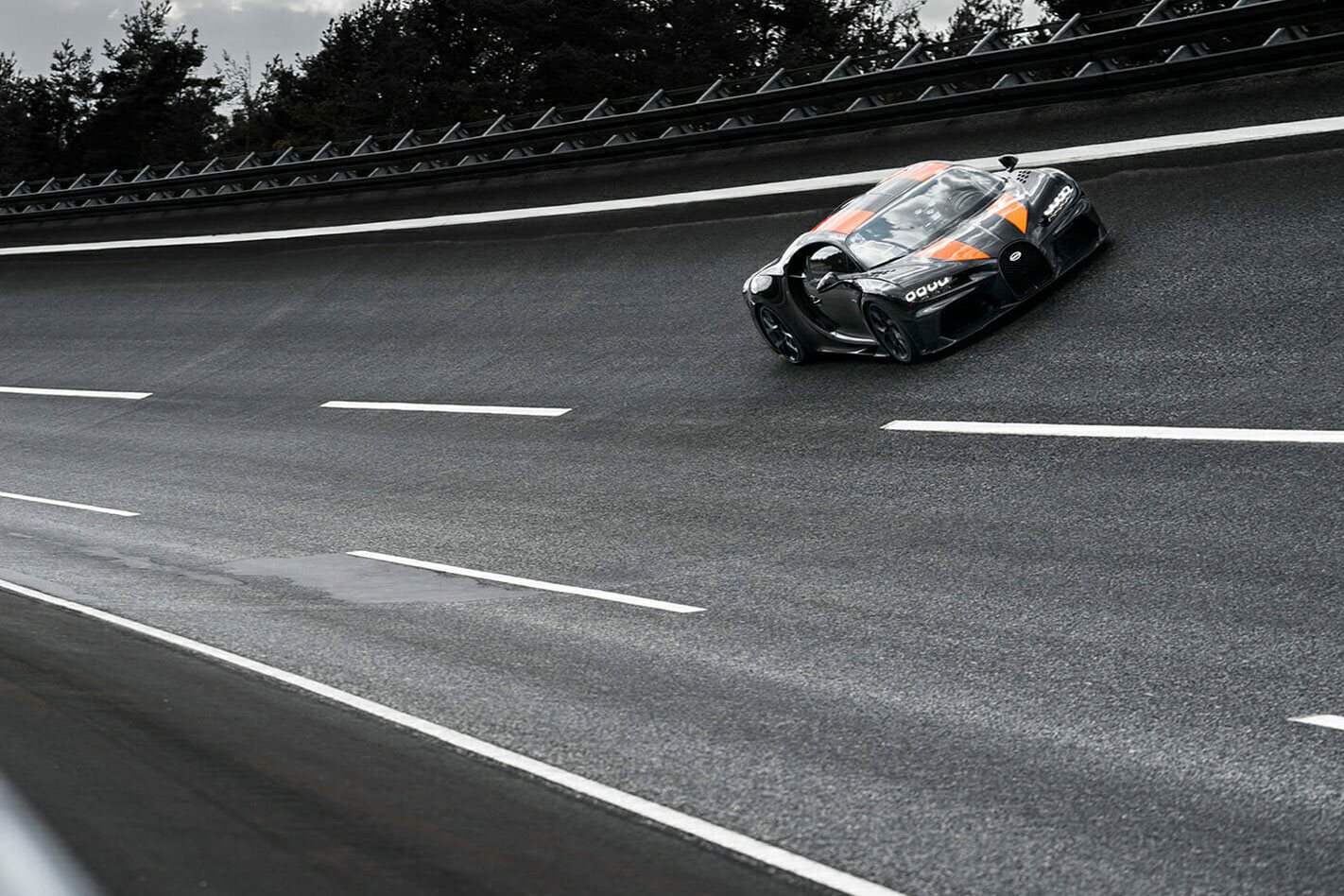 Because speeds nearing 500km/h an hour are beyond the realms of any street-legal tyre in history, Bugatti and Michelin had to move beyond the purely automotive world for development methods.

“We used a plane test bench in Charlotte, USA, to make sure that the tyre will be okay with more than 500km/h,” Ellrott said.

“After that you might see that 500km/h is okay, so you go faster and faster [with the tyre], so we could see what the fade would be.”

A worse-case-scenario at those speeds is a tyre delamination. Eager to ensure Bell was as safe as possible during his record run, the tyre was pushed beyond its limits, in order for Bugatti to identify the early warning signs of a tyre failure.

“You will not have an exploded tyre like this,” Ellrott says with a snap of his fingers. “You will first have signs that the tyre is going to be destroyed. There will be noise and vibrations before the tyre completely explodes.”

Thirty Chiron Super Sport models that are mechanically similar to the record car will be sold by Bugatti, and are likely to be fitted with the new carbonfibre-reinforced rubber.