Looking more muscular than the RS3 Sportback, the Audi RS3 sedan has a wider track and lower ride than the standard A3 and S3 models, and other distinguishing features including a gloss black honeycomb grille, larger and air intakes, lower front blade with gloss black upper surface, flared wheel arches and large oval tailpipes. There’s also a host of optional extras to add more bling including trim strips, pearl- or crystal-effect paint and a five-arm alloy wheels. 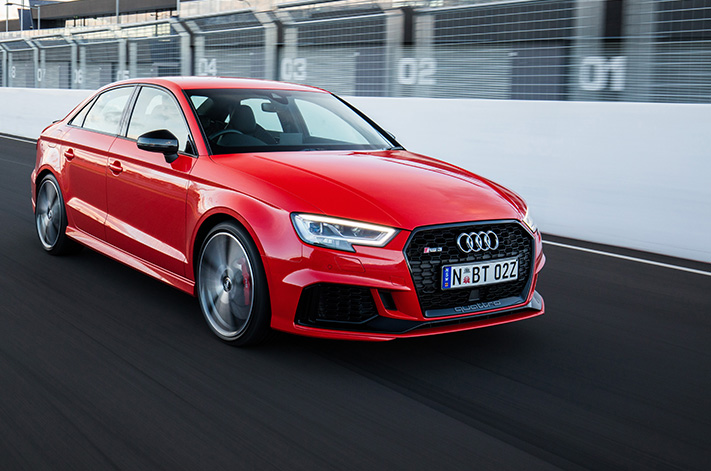 Inside, the RS3 sedan comes with RS-embossed, diamond-quilted Nappa leather seats, including high-back sports ones down the front, a 7.0-inch monitor that rises from inside the dashboard on start-up, and Audi’s virtual cockpit digital driver information display. Interior options include carbonfibre or aluminium inserts, and an RS screen for the virtual cockpit with larger rev counter and gauges showing G-force, torque and power.

It also comes with a host of functions including sat-nav, which can be viewed on the touchscreen or via the virtual cockpit display, a Wi-Fi hotspot, Apple CarPlay and Android Auto connectivity and a 180-watt, 10-speaker sound system. 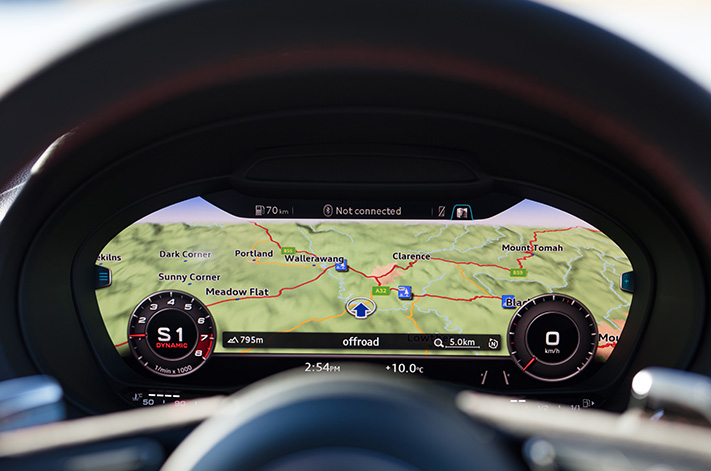 But it’s the way the it performs and handles that will prove popular in Australia, where one in four of every A3 Sportbacks sold are RS3 variants.

This includes the performance from the 2.5-litre inline five-cylinder engine mounted at a right angle to the body. It produces 24kW more than the previous version to push out 294kW/480Nm to all four wheels via a quick shifting seven-speed S Tronic automatic transmission. The transmission includes normal drive, and sport mode settings, and can be manually controlled via wheel-mounted paddle shifters. 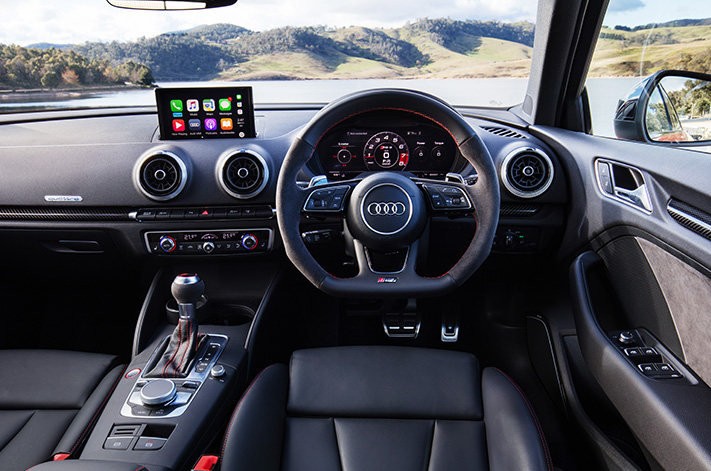 The RS3 sedan can officially sprint from 0-100km/h in 4.1sec, 0.2sec faster than the RS3 Sportback  that will have a major mid-life update later this year. According to Audi, the four-door RS3’s big dose of performance comes with a remarkably small-for-what-it-is 8.4L/100km combined fuel use. 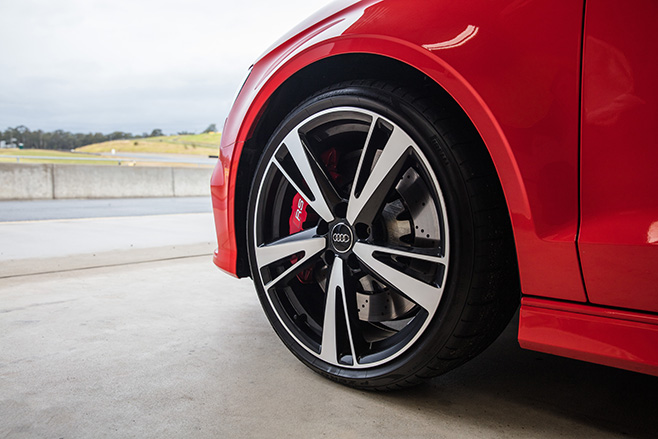 The RS3 sedan is price from $84,900. However, as with most other things that carry a premium badge there are range of aesthetic, performance, handling and infotainment options that, on the RS3 sedan, can add up to take the final price north of $100,000. 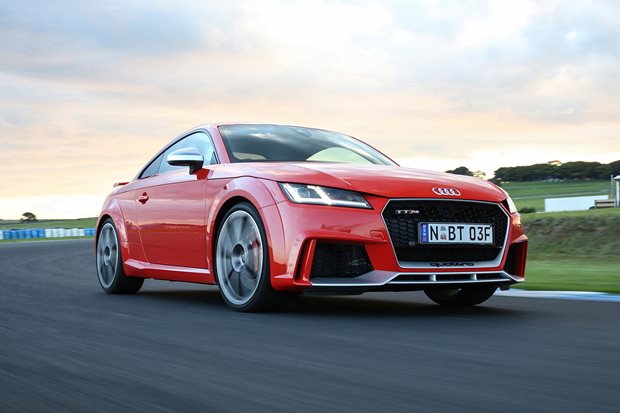 Audi’s TT range has a new flagship, with the gorgeous sports coupe treated to a full RS makeover