Bold new styling for the Toyota Hilux has been revealed in Thailand, hinting at what the brand’s popular dual-cab ute could look like in Australia soon.

Australia’s imported Toyota Hilux range is built in Thailand, meaning this new model, dubbed the ‘Revo Rocco’, is likely to make its way Down Under next year. 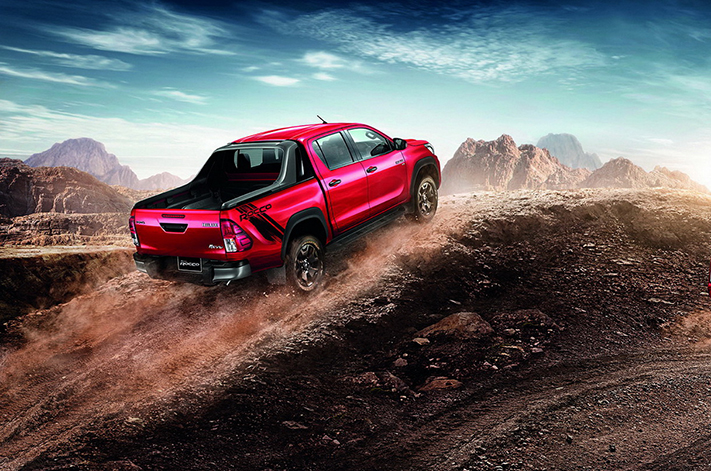 The flagship Revo Rocco is likely to be rebranded as the Hilux TRD when it comes to Australia. 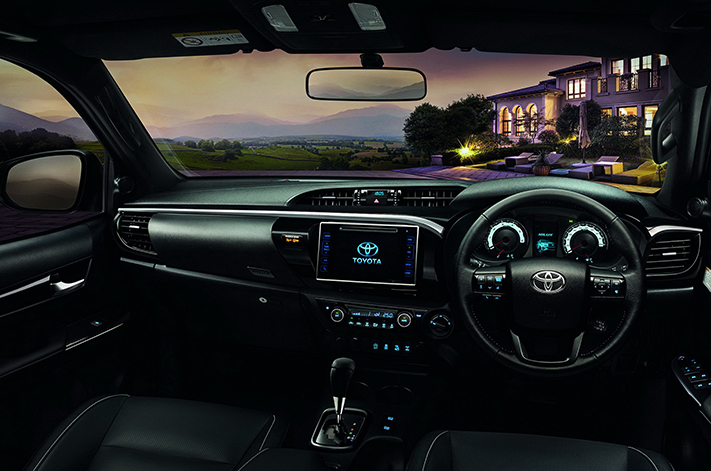 Based on the SR5 Hilux, the Rocco adds 18-inch wheels and off-road tyres, a sail-plane roller system, black wheel-arch mouldings, and black highlights throughout.

It is believed any future TRD Hilux’s will have the same 130kW/450Nm engine as the SR5 variant, instead offering a boost in equipment rather than power. 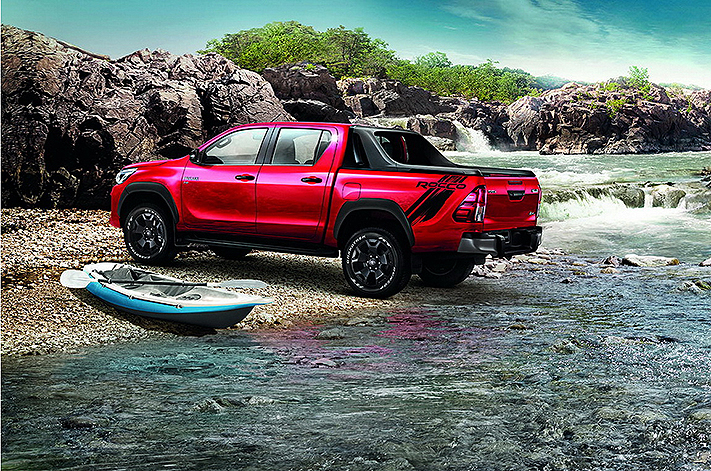 Toyota Australia currently offers a TRD Hilux for $58,990. It differs from the SR5 Hilux through exterior and interior styling tweaks.

Any future TRD Hilux will be considered a rival to incoming Ford Ranger Raptor, and HSV Wildfire Colorado models due next year, arriving with performance and suspension upgrades.