The Mercedes-Benz GLC Coupe has been unveiled in production form – confirming the new rival for BMW’s X4.

The name of the twin to the Mercedes-Benz GLC SUV that went on sale in 2015 has more to do with its swoopy styling, as practicality requirements means it features four rather than two doors.

A vehicle height that is 4cm lower in comparison is characterised by a less-upright windscreen and a dramatically drooping roofline.

And while the wheelbase is unchanged from the regular GLC, the body length of the Coupe – expected locally at the very end of 2016 – is extended by 7.5cm. 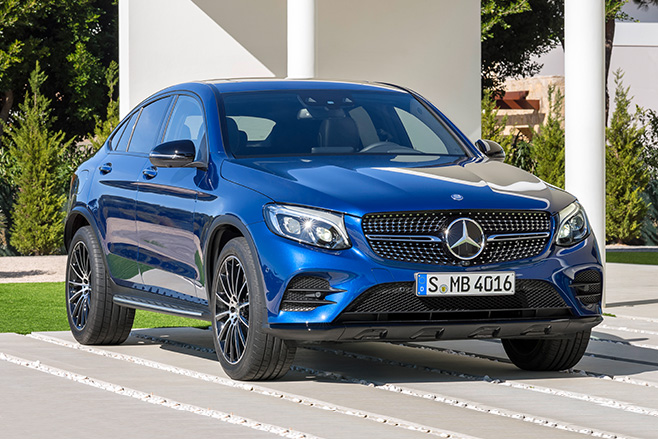 In the less-obvious details, the different airflow of the Coupe’s shape means Mercedes could dispense with a rear wiper, and a lowered sports suspension is standard under every model.

The drooping roof inevitably reduces boot capacity of the Coupe – down 59 litres to a volume of 491 litres. 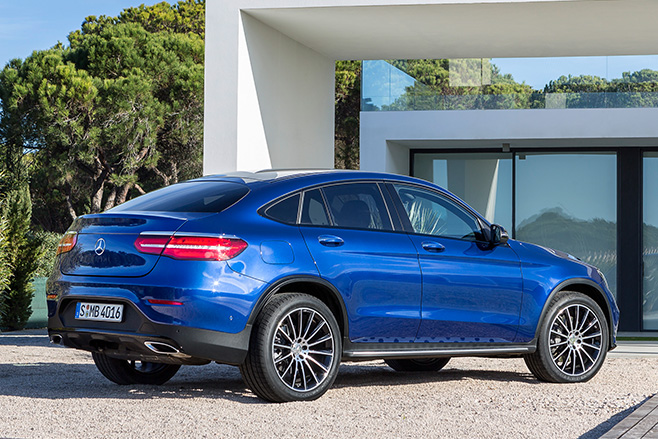 Mercedes-Benz Australia has yet to confirm pricing for the all-wheel-drive GLC Coupe but expect a premium over the wagon sibling that went on sale in late 2015, pricing from $64,500.

Details on engine options will also be a wait-and-see situation. Eight engines – split even between petrol and diesel – and paired with a nine-speed automatic gearbox will be available globally eventually as they are with the GLC wagon. 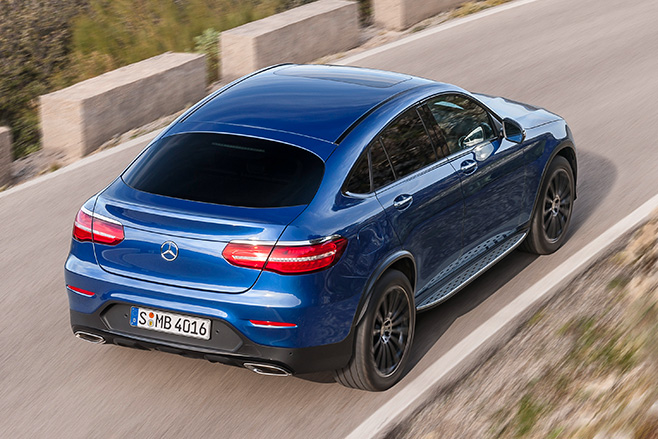 The latter is currently sold with two diesel models (220d, GLC 250d) and one petrol (250), though both the GLC Coupe and GLC wagon are likely to be offered in dual AMG forms: the GLC43 powered by a twin-turbocharged V6, and the Mercedes-AMG GLC63 that utilises a twin-turbo V8.

The GLC Coupe was first shown as a concept at the Shanghai motor show in April 2015. It already has a bigger sibling in the shape of the GLE Coupe, which went on sale here in the second half of 2015.

Click here to read the full review on the Mercedes-Benz GLC range.