Toyota Australia is pondering how it might tweak the Toyota Hilux family to keep its hugely popular ute at the top of sales charts – and it’s not ruling out a performance model to do battle with the Ford Ranger Raptor, HSV Colorado SportsCat and Nissan’s incoming Navara Warrior.

“We don’t have firm plans outside of the lineup we have currently, which is doing quite well in its own right, but certainly we’re watching that market very carefully and it’s moving quickly, and it’s ultra-competitive and products are coming seemingly by the month at the moment,” said Toyota Australia sales and marketing director Sean Hanley.

The company was keeping a close eye on its key rivals, and while performance-oriented utes aren’t necessarily something that would secure a significant boost to market share, the halo effect such a vehicle – which we’d expect to wear the name “Hilux GR” to follow in the footsteps of the Toyota Supra GR - generates for the rest of the range would be hard to ignore. 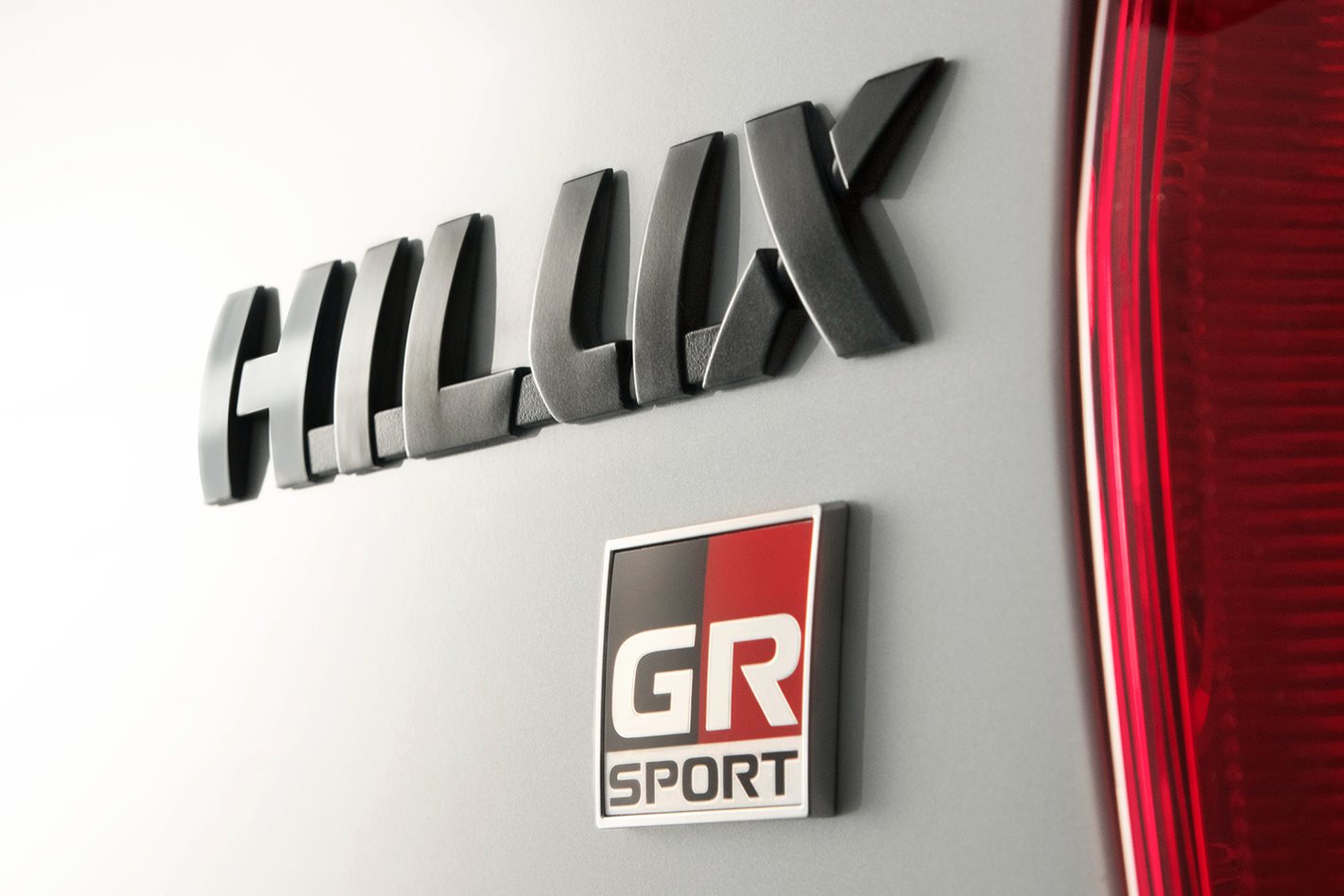 “Does that mean we’re looking towards these things for the future? You’d better believe we are.”

READ MORE: Toyota Hilux to go hybrid in next generation

According to Hanley, Australia’s sizable contribution to global Hilux sales (last year it moved over 51,000 of them) means our market has a say in the direction of future products. Which is good, because in order for a Hilux to be worthy of the GR badge it would have to provide tangible improvements to at least one of the following: acceleration, braking or handling. 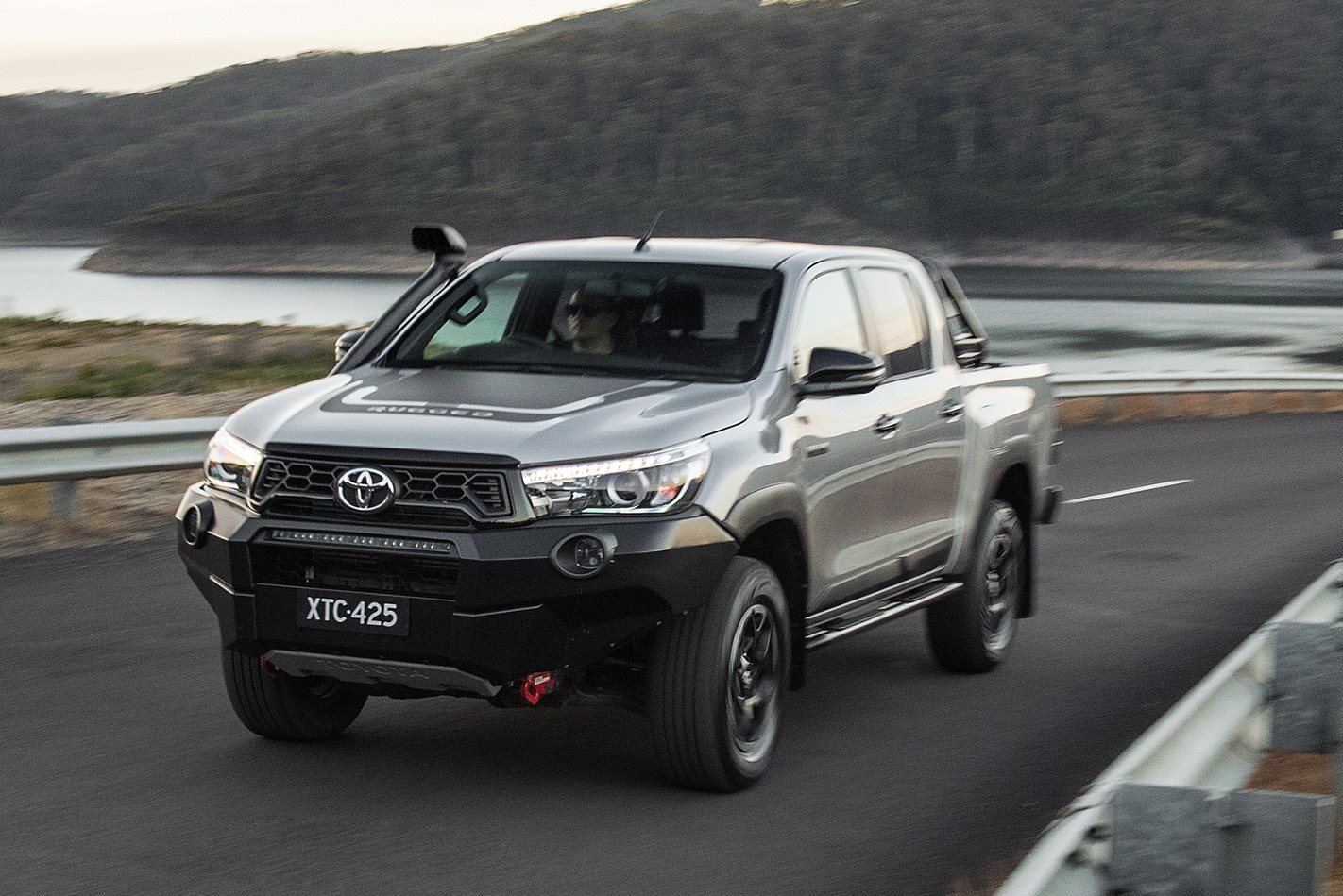 “It would have to have performance, in a dynamic sense,” Hanley said. “We don’t have any plans around [Hilux GR] right now, but that’s my thinking going forward. When it comes to performance, it needs to run, stop and turn – at least one of those things has to be improved.”

And that means the Hilux GR Sport revealed for the South American and South African markets is a no-go for us. As a styling-only package it doesn’t satisfy the “credible performance product” criteria Toyota Australia has as a non-negotiable prerequisite for GR-branded variants, and doesn’t provide enough of a step up over the cosmetically-enhanced Hilux Rogue and Rugged X that are already on sale (above). 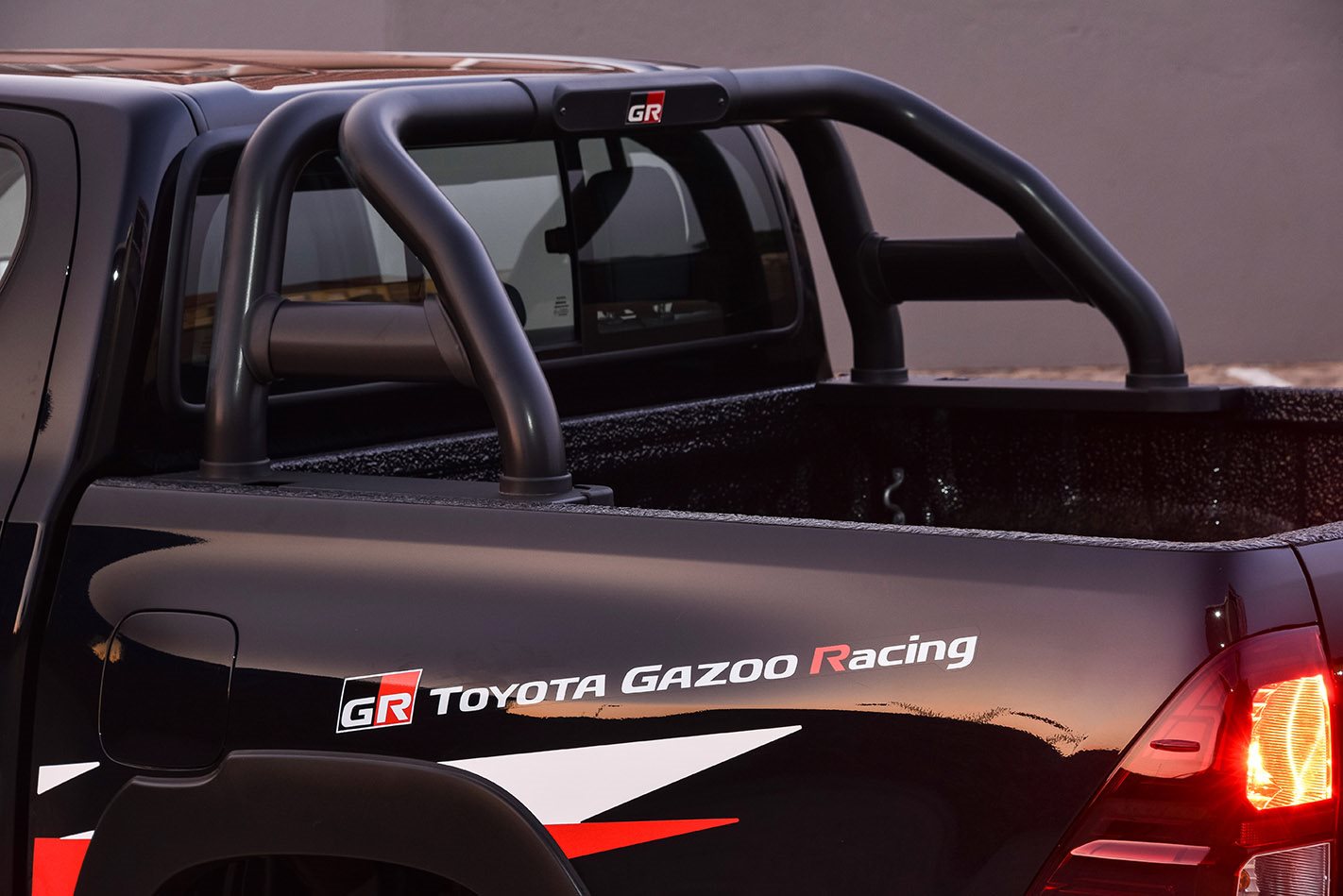 However if you're keen on going Raptor-hunting in a factory-tuned Hilux, maybe curb your enthusiasm. With no formal plan to bring out such a vehicle and no clarity on whether Toyota Australia would go it alone - as Nissan has with the Navara Warrior - or wait for a global product to become available, we don't know when such a vehicle might roll into Australian showrooms, or what specific form it might take.