Rebadged Opel now hottish Holden mid-size sedan with plenty of fruit and handsome styling, but not the performance car we were hoping for.

It’s an updated Opel Insignia OPC, as last seen in Australia in 2013 when the German brand ended their Oceania experiment. It’s also the only zippy mid-size car in Holden showrooms, next to the ho-hum Malibu and the handsome-but-slow Cascada convertible.

With 239kW and 435Nm driven through all four wheels, the Insignia is brisk and sure-footed. On the other hand, it’s not quite the sporty grunter it’s portrayed as. It’s an expectations game: approach the Insignia VXR as a mid-size sedan with some hidden muscle, and you’ll be satisfied. Approach it as a “no holds barred mid-size sports sedan” – Holden’s words, not ours – and you might be a little disappointed.

The Holden badge isn’t the only thing new about the Insignia. This model launched in 2009, so it’s not a youngster, but this mid-life update has delivered a swag of new technology and driver aids, most notably the front-facing radar – the first Holden to ever have it – which enables automatic emergency braking, adaptive cruise control and auto adaptive headlights. It also collects a rear radar for lane change alert and cross traffic alert, plus the usual suite of safety acronyms.

There’s also a tweaked nose, a sharp new rear design that makes the Insignia’s backside more shapely and a new interior including a new 8-inch touchscreen.

The Insignia’s 2.8L turbo V6 produces an admirable 239kW and 435Nm – that’s a lot for a mid-size sedan. (The Liberty 3.6R turns out 191kW and 350Nm, for example.) But despite that, the Insignia isn’t a performance beast, largely because of its (auto-only) transmission. The Insignia is more than happy to accumulate speed in an orderly manner, but plant your foot expecting a sudden leap forward and you’ll be disappointed. It’s not one for short furious overtakes, thanks partially to its chunky kerb weight of 1836kg – that’s about 200kg heavier than the Liberty 3.6R.

But the all-wheel-drive system is cleverly calibrated and provides loads of grip and confidence, so you can pile into corners without coming unglued. Plus, if you ever do break traction, the electronic systems allow a small amount of slip at the rear end, which helps get the tail end around and point the car where you want it, rather than forcing you into understeer.

The Insignia gets a Flexride chassis control system, with three settings – Standard, Sport and VXR – adjusting the suspension stiffness, throttle and shift patterns, and steering response. For our money, VXR is the best of the three – the steering is a little floppy in standard mode, and the car just seems more willing in VXR. The downside is that the fuel economy – already not awesome at 11.3L/100km – gets even higher in VXR mode… and the car drinks 98 RON. Not cheap.

The Recaro front seats are a fine balance between support and comfort, and the rejigged cabin is pleasant enough, though there’s not oodles of room – this is a mid-sized car and it feels like it inside. The headroom in the rear seats is not amazing either – though I’m 6’2”, they’re probably okay for kids and short people.

The real bugbear is that the Insignia isn’t quiet – the exhaust is loud, especially in the backseat, and on the coarse roads we drove on, tyre noise is intrusive.

The Insignia VXR will set you back $51,990 – there’s only one model, only one engine, and it’s auto only, so there’s no variant shopping here. That’s roughly ten grand cheaper than when it was last here wearing an Opel badge, and with two fistfuls of extra fruit inside to boot.

On the other hand, it’s exactly $10,000 more than the Subaru Liberty 3.6R, and while the Insignia boasts more tech inside – mostly things related to that front-facing radar – you’d have to ask yourself how much you want to pay for adaptive cruise control and auto high-beams. Holden’s not expecting this to be a big volume seller – not when you can get other mid-size cars, or even a Commodore SS, for less cash. But it’s a demonstration that the company has legs beyond the end of local production in 2017.

Click here to find out more about the Holden Insignia VXR. 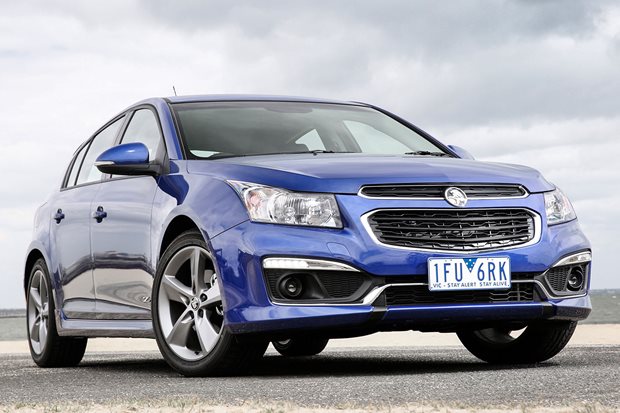 The Holden Cruze is comfortable and well equipped, and has more room in the back than most small cars. It is Holden’s alternative to the popular Toyota Corolla and Mazda3. 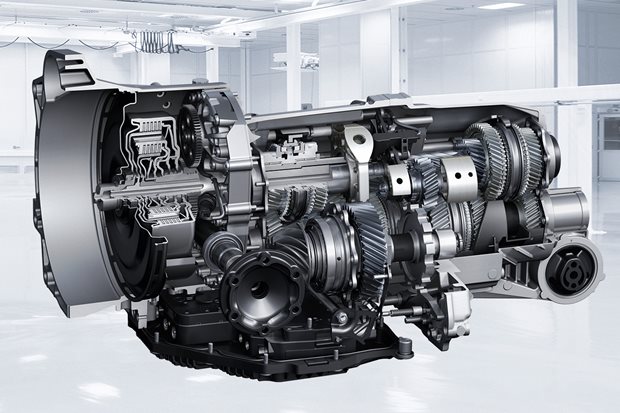 Challenged to a dual: demystifying the DSG