The new Skoda Fabia is the third-generation version of the Czech brand’s baby car, which has been available in Australia since 2011. It’s Skoda’s smallest and least expensive model, and it does battle in the crowded light class.

The Fabia fits in as a characterful alternative to the mechanically similar Volkswagen Polo, with selling points such as solid safety credentials, an appealing infotainment/audio system with seamless phone connectivity, clever design touches and fun colour combinations.

A hatchback is offered alongside an incredibly spacious wagon which is a unique proposition in a class dominated by hatches. 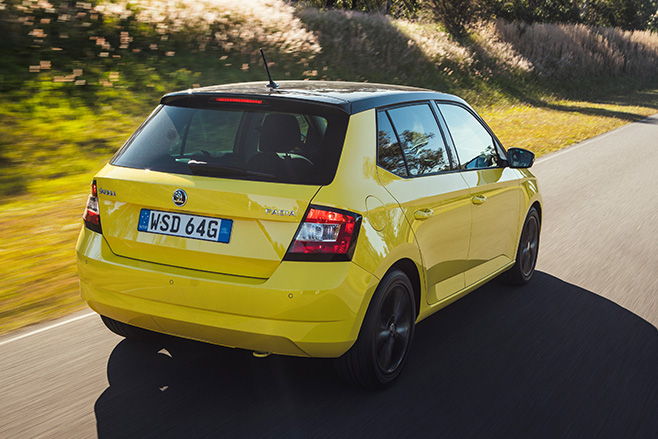 The big news is the departure of the hot vRS versions – they didn’t sell – which leaves the new 81TSI as the most powerful Fabia available.

The two drivetrains available in a re-jigged line up are a lower-output 66kW version of 1.2-litre turbo four-cylinder with either a five-speed manual or a seven speed dual-clutch auto, and the tuned up 81kW version with the dual-clutch ’box only. Both those engines and gearboxes are available in the hatch and wagon. 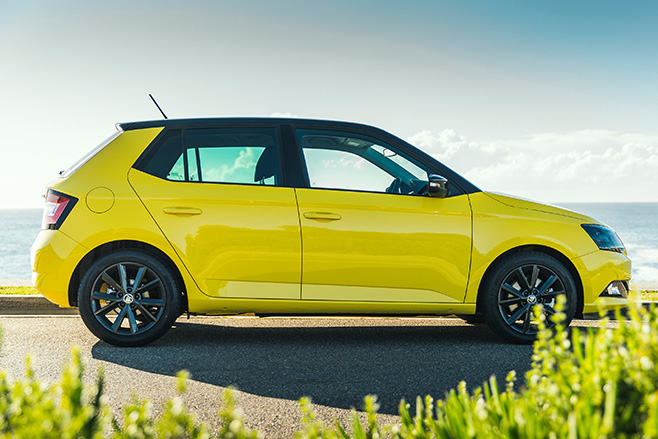 Both body styles look better than their predecessors, especially the wagon. Well-priced packs add appeal – the $1300 travel pack endows 66TSI versions with fatigue detection and cruise control among other upgrades, while a $1200 sports pack brings 17-inch alloys and 15mm-lowered sports suspension and other upgrades for the 81TSI.

Wind rushing through your hair, scenery blurring by… Oh, you mean in the Fabia? Well, driving fast isn’t done quickly – both engines take a while to wind up. But while the outright, foot-flat acceleration rate is modest, once up to speed, the Fabia can sustain it – and the driver’s interest – through the corners, thanks to its compact dimensions, benignly well-balanced chassis and precise steering.

The sweet base engine and more powerful top version are flexible enough that normal driving is pretty effortless. The 66kW version has a bit of character at low revs but the 81kW version ultimately has more urge. 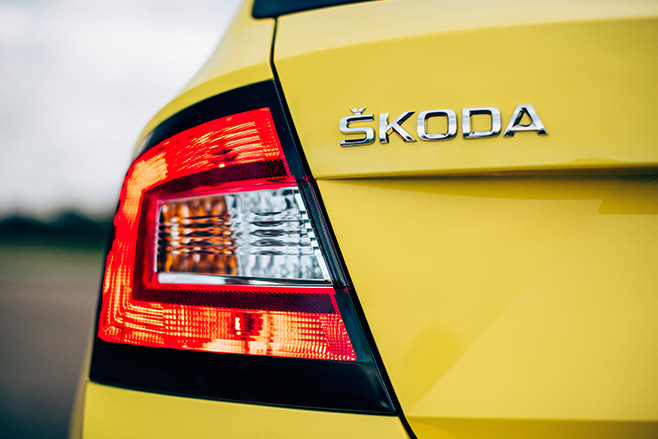 The front seats are comfortable with good lateral support (they seem sportier than those in the VW Polo) and the cabin offers pleasing design and detailing, logical layout, great vision and good refinement. It’s pretty roomy in the back, with good head and leg room, and the wagon’s 505 litre cargo area is up there with medium SUVs and wagons. All versions use only 4.8L/100km on the official combined cycle.

The Fabia range opens with the $15,990 66TSI manual hatch, or as a wagon for $1,150 more. The 81TSI brings its more powerful engine, extra equipment and dual-clutch auto for $20,290 as a hatch, and $1,150 more for the wagon. We reckon all versions are terrific value, especially the entry-level Fabia (though standard cruise control would be nice) and as a sweetener, hatchbacks come with free on-roads for the remainder of 2015 (on-roads cost $350 for the wagon).

Click here to find out more about the Skoda Fabia