Ferrari sharpens the teeth of its California T with a new version called Handling Speciale. Here are a few things about it that may surprise you.

1. Most of the Handling Speciale revisions are made digitally; it sits on slightly firmer springs but the dampers, gearbox and engine tuning have all been done via software tweaks.

2. Ferrari says the HS’s gearbox delivers upshifts that are 30 percent quicker than those of the standard California T, while downshifts are 40 percent faster.

3. The Handling Stradale’s exhaust features an additional silencer box that works as a Helmholz resonator, making air vibrate to produce certain sound frequencies – it’s the same principle as making noise by blowing across the top of a bottle.

4. Ferrari offered a Handling Speciale version of the previous generation California, with around 20 percent of customers worldwide opting for it.

5. Although officially a two-plus-two, even Ferrari acknowledges that the rear seats won’t be up to anything more than very occasional use by the smallest of occupants. Consider the space extra luggage room.

6. Unlike most automatics, the California T doesn’t creep when you let off the brakes in drive or reverse. You have to press the throttle to get power running through the twin clutch gearbox.

7. The revisions to engine and gearbox haven’t altered the claimed performance figures, with the HS recording the same 3.6-sec 0-100km/h time as the standard California T.

8. Ferrari first used the California name for the 250 GT California Spyder in 1957.

9. The Ferrari California T was the first turbocharged Ferrari road car since production of the seminal F40 stopped in 1996. A heavily reworked version of its 90-degree V8 powers the 488 GTB and is also offered in the Maserati Quattroporte GTS.

Read our review on the Ferrari California T HS here. 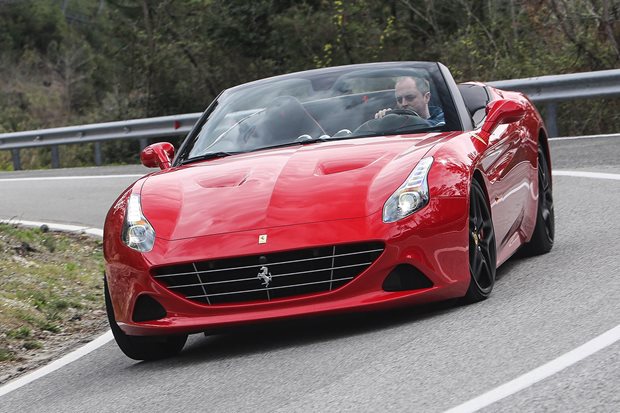 Ferrari has upgraded the California T, adding a ‘HS’ or ‘Handling Speciale’ variant intended to offer a sharper driving experience thanks to chassis and exhaust modifications. 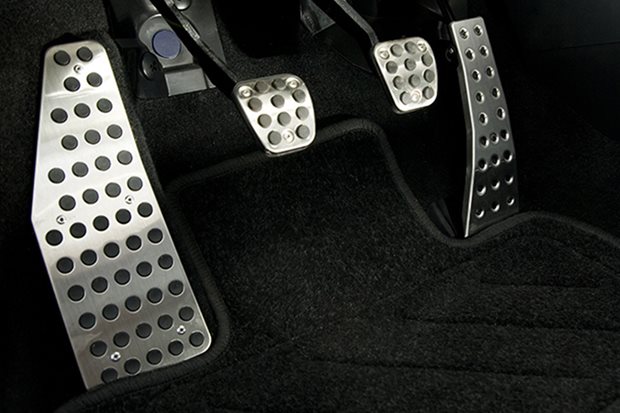 Hallelujah! Three pedal, manual transmission cars are on the rise - for high-performance cars at least.