We compare two of the most expensive and best-equipped dual-cab 4x4 utilities on the market.

When it comes to the top end of the ute market, the Volkswagen Amarok and Ford Ranger sport plenty of showroom appeal. The Ford Ranger vastly outsells the Amarok, but let’s ignore the popularity contest and delve into which is the better car out of the flagship Amarok Ultimate and Ranger Wildtrack – two of the ute segment’s most civilised 4x4 dual-cabs.

At $61,790 for the Ranger Wildtrack automatic, Ford’s ute commands a price tag that could get you into BMW 3 Series. The Volkswagen Amarok TDI 420 Ultimate, however, is even more expensive at a whopping $63,990 with the standard eight-speed auto. Is the Amarok worth the extra?

In a nutshell: not really. There are few things that the high-grade Amarok gets that the Ranger doesn’t, and both share features like sat-nav, dual-zone climate control, heated part-leather seats, parking sensors and rear view cameras.

These are utes, and versatility is the essence of their being. The Ranger boasts a slight edge though, with its three in-cabin 12V power outlets and three-prong 230V power outlet in the rear cabin allowing tradies to keep their tools charged up while away from the home or workshop.

Both cabins are spacious enough for five passengers, but it’s the Ranger’s interior that’s the more practical one. Then again, the Amarok has more impressive fit and finish, making the result here a tie.

An updated interior is due for the Amarok later this year though, which is worth keeping in mind if you’re able to wait.

The Ranger Wildtrack has displacement on its side, with 3.2 litres of turbocharged five-cylinder capacity delivering 147kW of power and 470Nm of torque. Average fuel consumption is a claimed 8.9L/100km.

Amarok’s 132kW/420Nm 2.0 litre twin-turbo inline four is under greater stress, with peak outputs that are eclipsed by the Ranger. On the other hand, fuel economy is slightly better at 8.3L/100km on the combined cycle.

If you want to tow, though, the Wildtrack is your steed with a 3500kg maximum towing capacity.

A more muscular Amarok is on the way with a 165kW/550Nm 3.0-litre turbodiesel V6, but until that car arrives (it’s scheduled for November this year), the Ranger is the top performer in this head-to-head.

This is where the Amarok starts to fight back. The Ranger Wildtrack might be more feature-rich and powerful, but it’s the Amarok that rides better.

With civilised handling and excellent bump and vibration isolation, the Amarok is the most car-like 4x4 ute on the market. The Ranger is far from rough – it actually boasts an excellent ride of its own – but the Volkswagen takes ride and refinement to the next level.

Both cars are equally accomplished here, with the Amarok’s car-like suspension tune again giving it the edge in on-road assessment. Off-road, where a great proportion of 4x4 utes tread, the Ranger’s dual-range transfer case and locking rear diff offer a mechanical advantage.

The Amarok’s eight-speed compensates for the absence of low-range gearing somewhat and it too comes with a lockable rear differential, while its 4WD system is always on – meaning there’s one less button to press when the ground gets soft.

The Amarok is the ute you get when you don’t want something that feels like, well, a ute, but it’s the Ranger that fills the brief as a high-end 4x4 utility. It’s comfortable and well-equipped, with excellent on-paper credentials backed up by genuine off-road and on-road nous.

That said, the Amarok offers outstanding refinement for the segment. It’s expensive, yes, but from behind the wheel it feels as though the extra outlay is justified. For the bulk of the population though, the Ranger offers more ute for your money and is the deserving winner of this head-to-head. 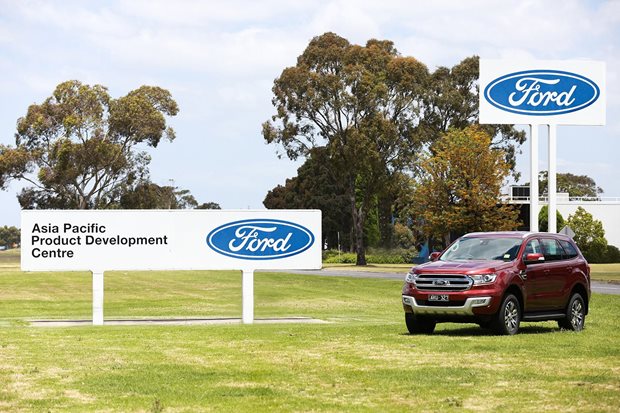