The Suzuki Vitara nameplate goes back more than 30 years, and the latest model retains its reputation as stylish but modestly priced SUV. It offers a roomy cabin and a choice of three engines, among them a punchy turbocharged petrol that comes with an all-wheel-drive option. 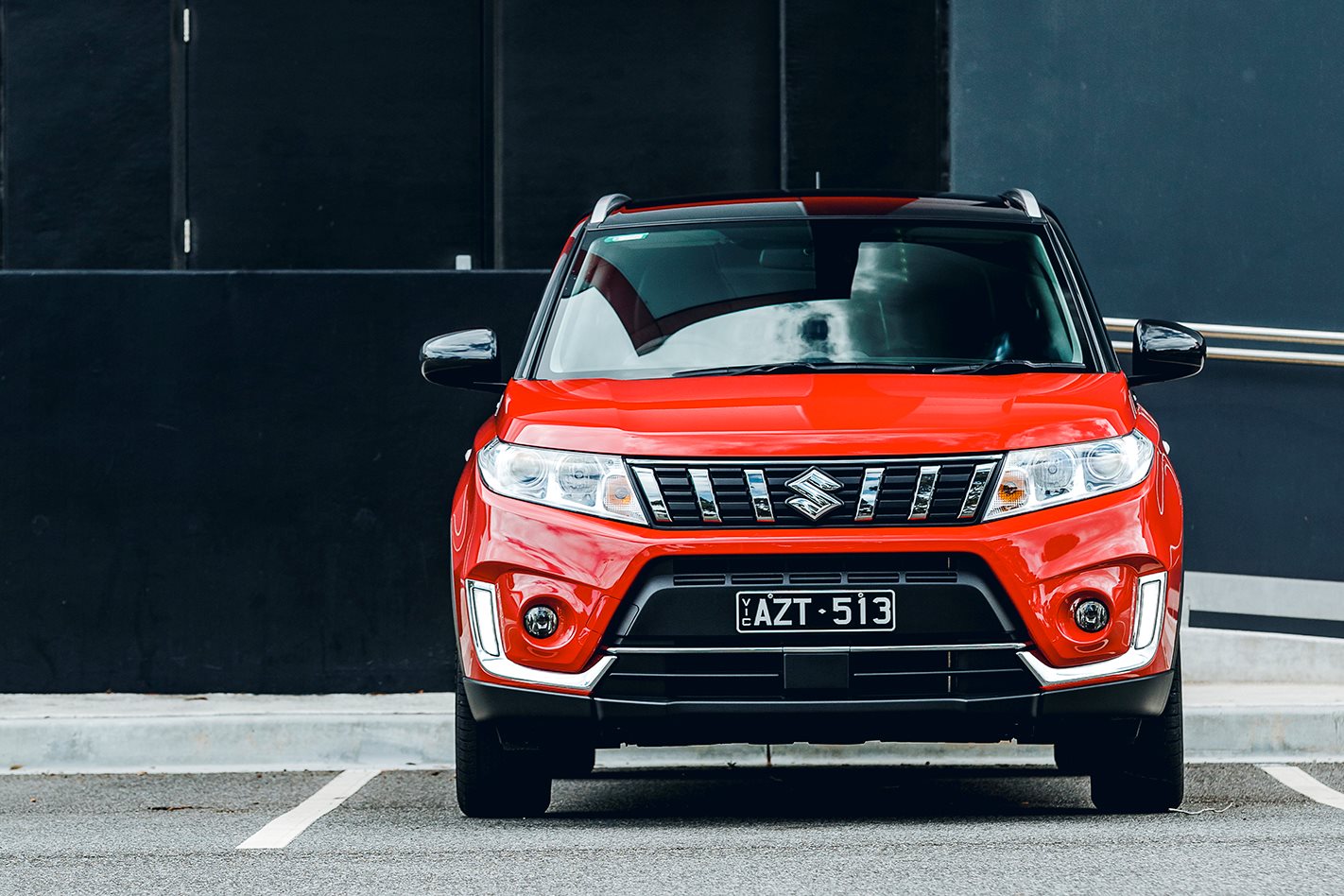 The Vitara we’re reviewing here is the entry-level spec with the 1.6-litre petrol engine, front-wheel-drive and six-speed automatic gearbox that retails for $24,490 – a cheaper six-speed manual version is also available for just $22,490.

This current model is the mid-life update of the fourth-generation Vitara that arrived at the beginning of 2019 that brought a host of cosmetic changes and some new equipment but nothing by way of mechanical changes.

The Vitara is an affordable and honest SUV that retains benefits of being a high-riding wagon by not trying to be a high-riding hatch. The cabin itself is deceptively roomy, despite the its 2500mm wheelbase being 70mm less than the Mazda CX-3 that only offers light-hatch levels of interior space. The front seats are basic but comfortable and the rear pew seats two adults comfortably with good legroom, headroom and all-round vision. 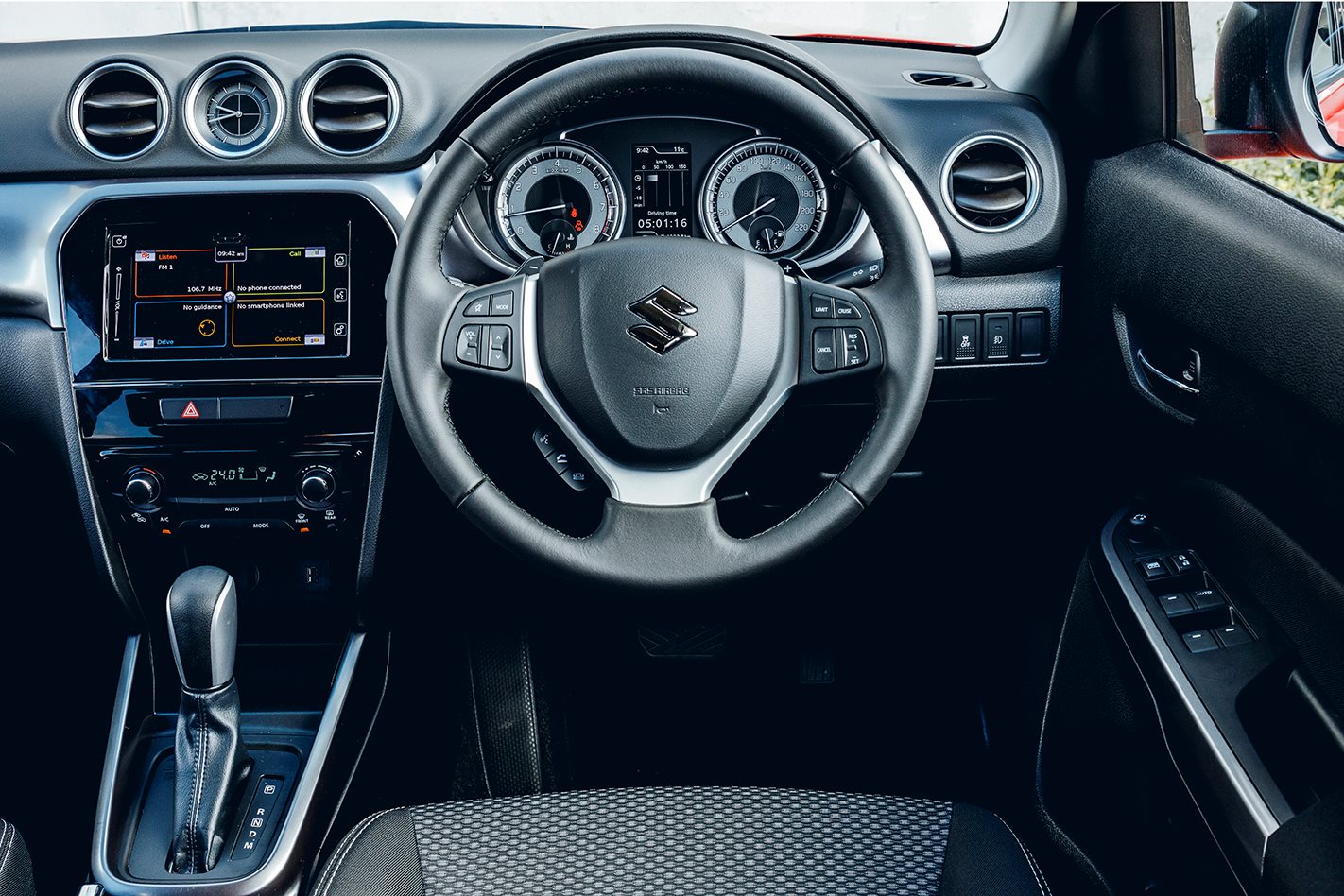 There are compromises however, including hard plastic door trims and nothing by way of active safety such as autonomous emergency braking, even as an option, despite it being available in the Turbo S versions. 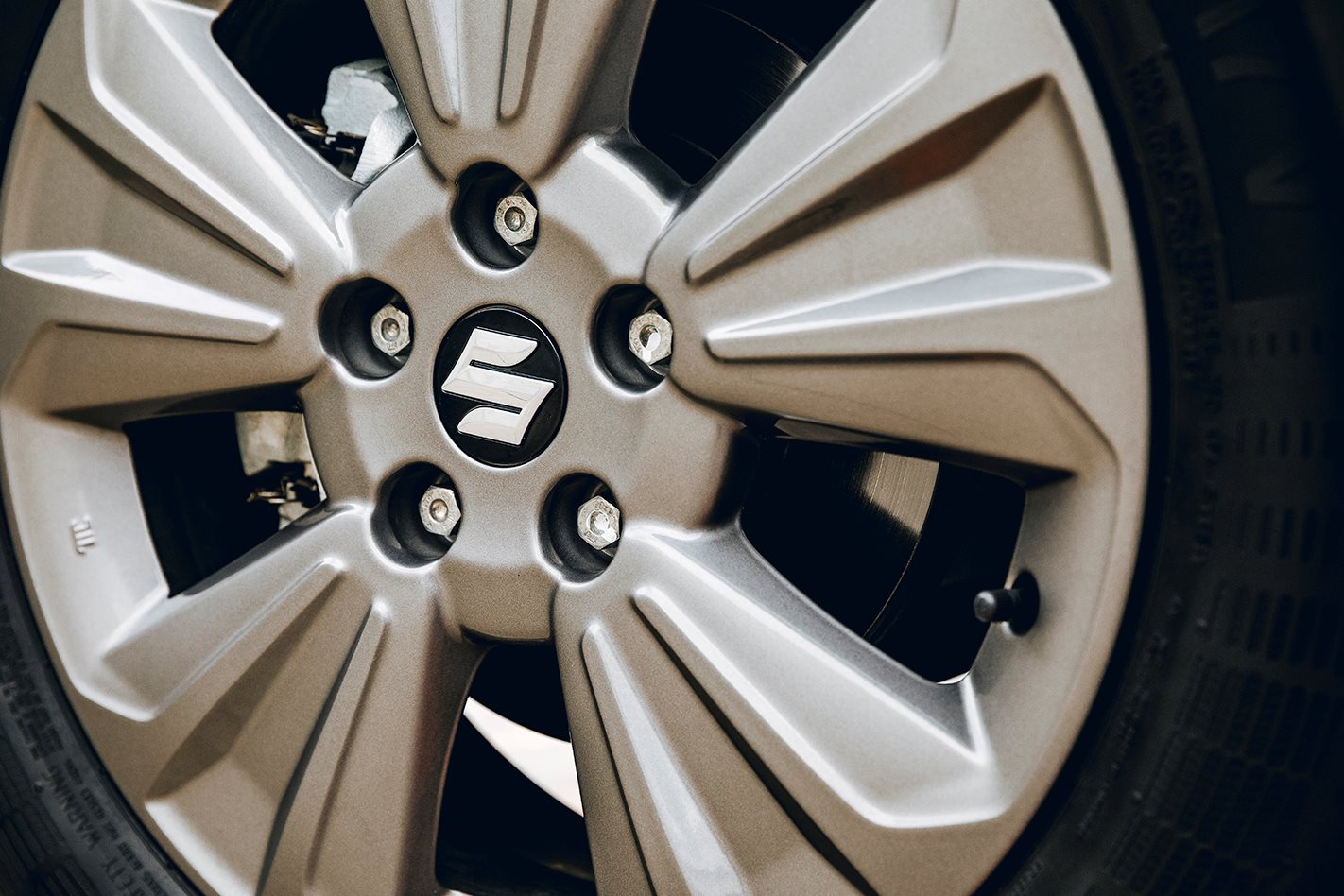 Rear seat passengers also miss out on amenities such as the centre armrest, seat pockets, air vents and USB ports, though this is pretty much the norm across its entry-level rivals.

The rear seats are otherwise a pleasant place to be and seats two adults comfortably with good legroom, headroom, and all-round vision. The 60:40 split seat backs fold down to extend the 375-litre boot space (which is about average for a small SUV) to 1200 litres.

With the 1.6-litre engine the Vitara has a frugal official fuel economy rating of 6.0L/100km and is covered by a five-year, unlimited kilometre warranty.

The original Vitara was a handy off-roader and while the fourth generation still bears a family resemblance it is primarily a soft roader. That said it’s not averse to travelling on bitumen.

Despite its small footprint it feels well planted on gravel and its 185mm ride height means you don’t end up most with of the road surface in your wheel arches. The one initial downside is the light steering, which has a nice fluid feel on bitumen, but takes getting used to before you can negotiate pebbly bends with confidence. 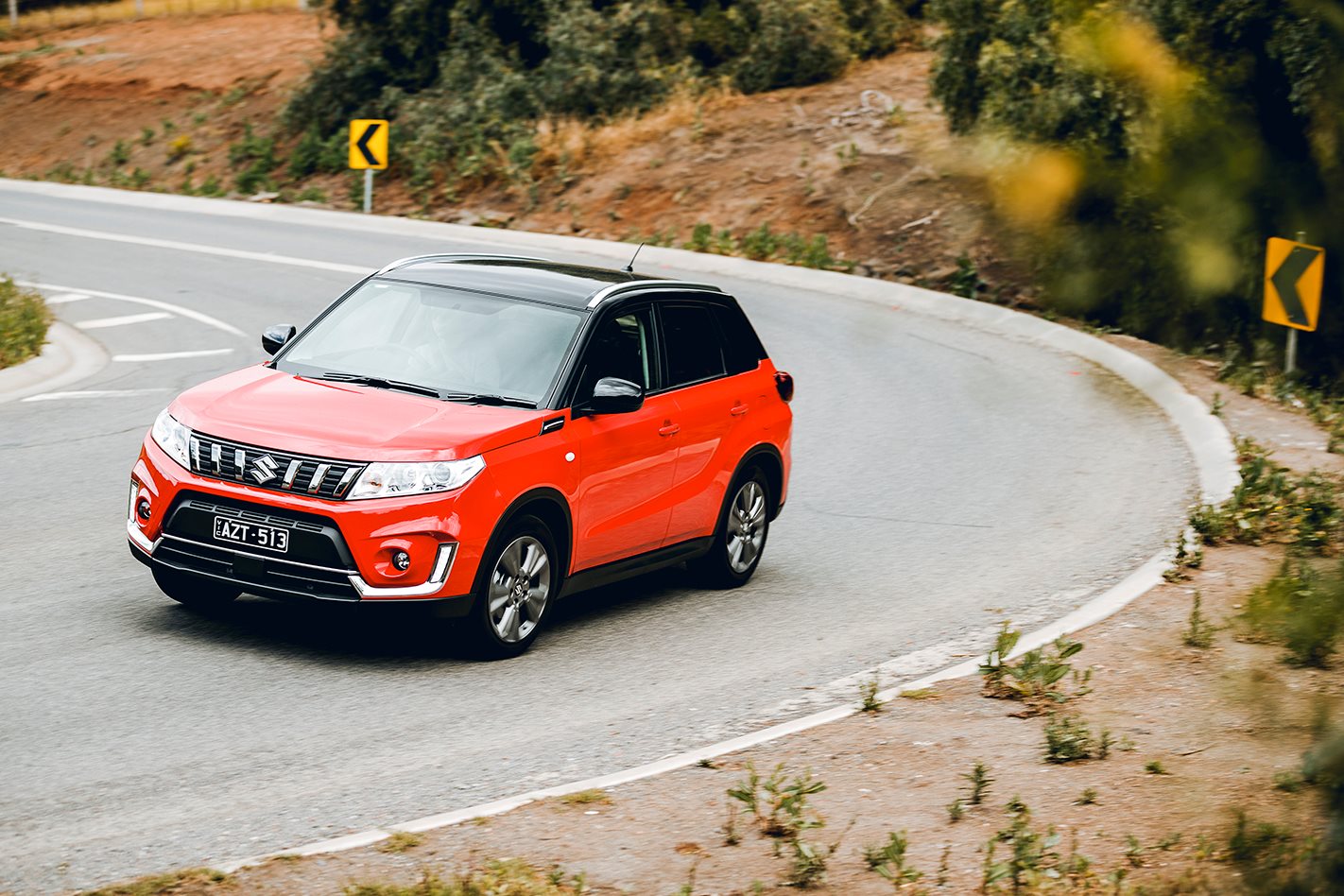 On deteriorating bitumen at 100km/h, the soft suspension tackles road imperfections well, with little compromise to handling and lateral toss. With just the driver on board there’s some floaty secondary bounce, but putting a load in the back or a body or two in the rear seats does well to contain things.

In its element, on freeways and around town, the Vitara offers a smooth, comfortable and quiet ride, however you do get wind noise seeping into the cabin from all corners at higher speeds. 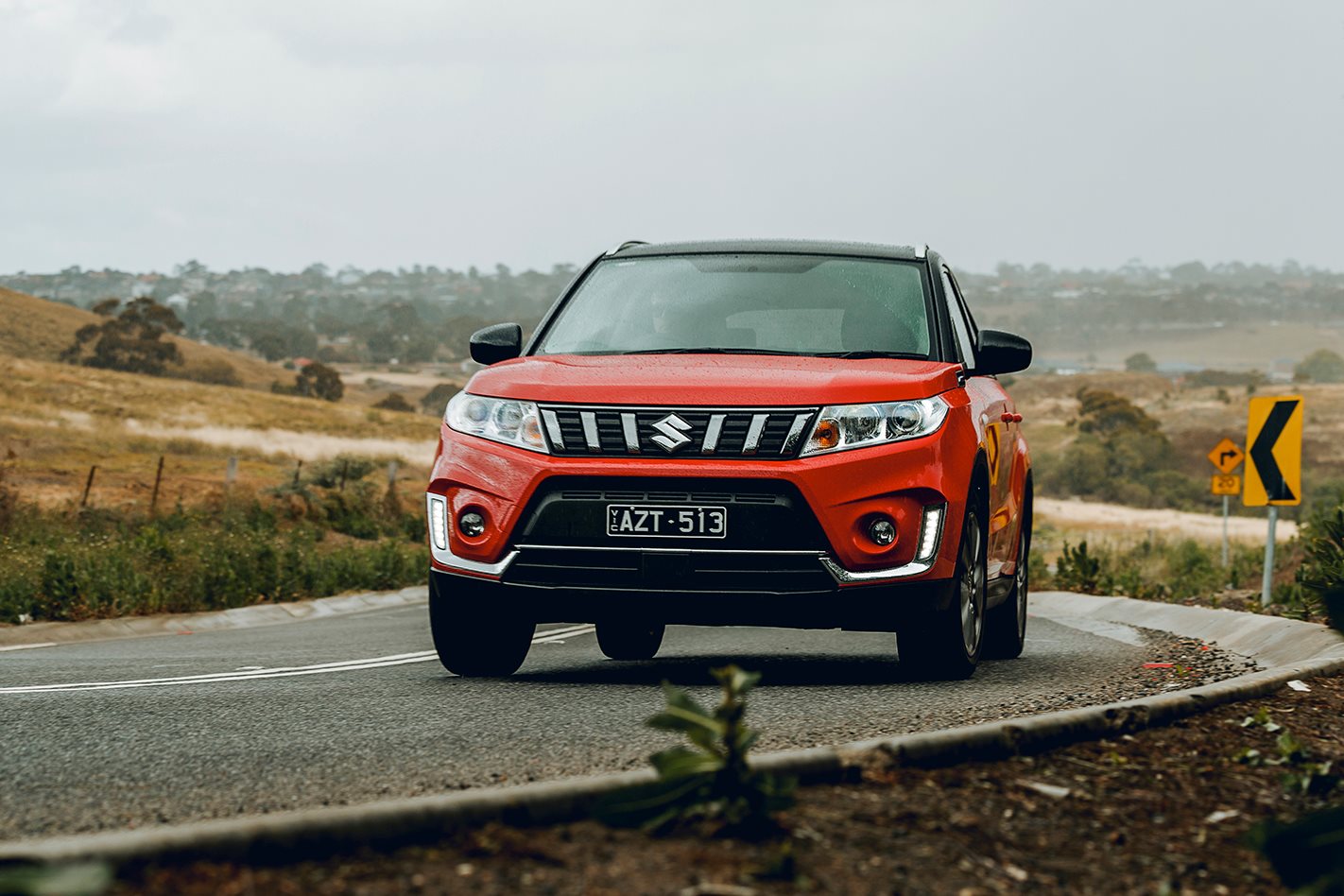 The Vitara’s 1.6-litre engine is a hard worker, and is paired with the same six-speed automatic transmission found in the upper-spec S-Turbo variants. It’s tuned for economy over performance, though each is aided by its lean 1120kg kerb weight.

Suzuki does cheap and cheerful cars well, and the Vitara’s sub-$25k retail price doesn’t come at the expense of comfort and reliability. 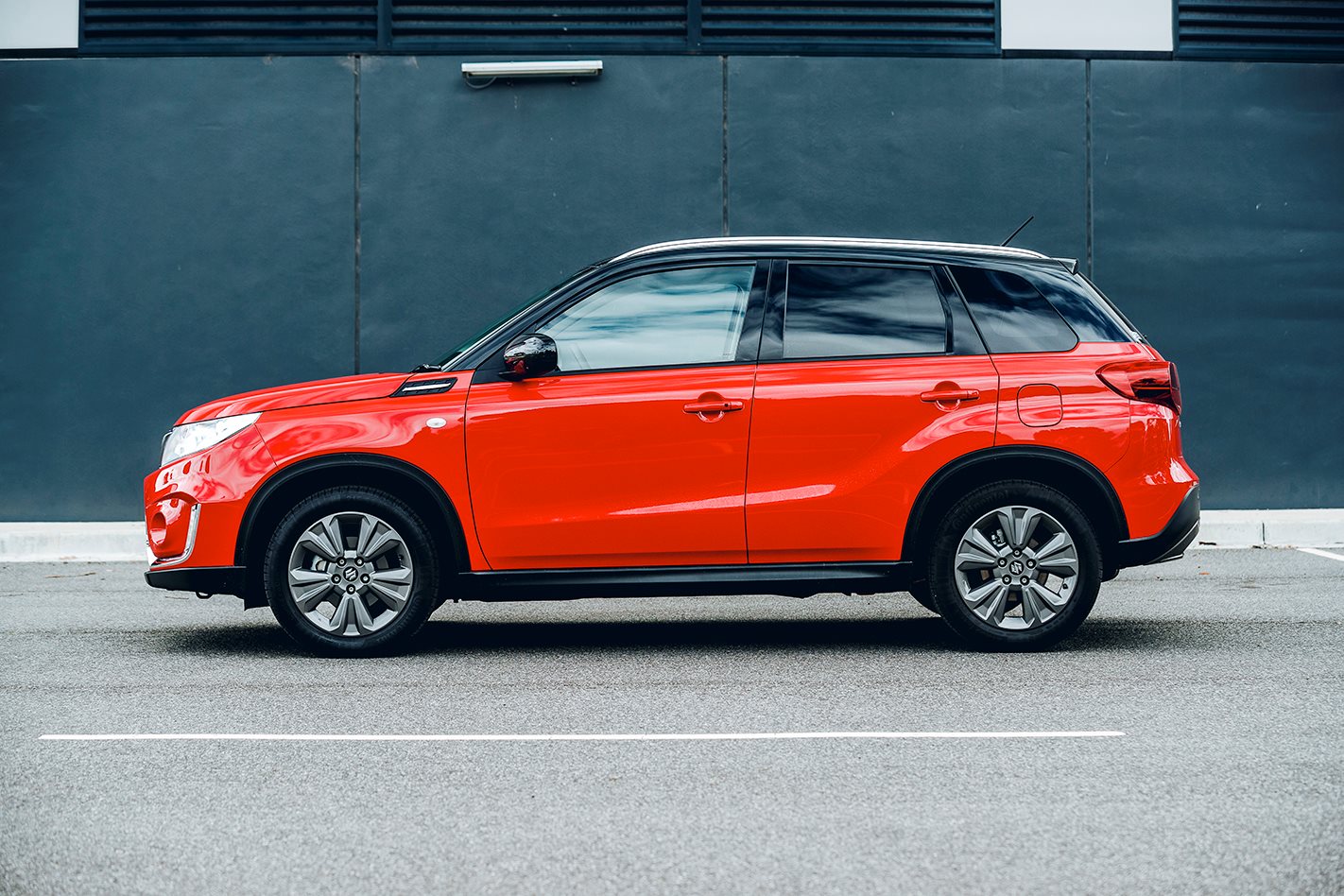 But its decent standard equipment list fails to mask a lack of refinement while the unavailability of advanced driver assistance technology is an archaism in this 2020 model year. If you’re happy to overlook all that, than you’ll find the Vitara to be one of the better SUVs in its price range. 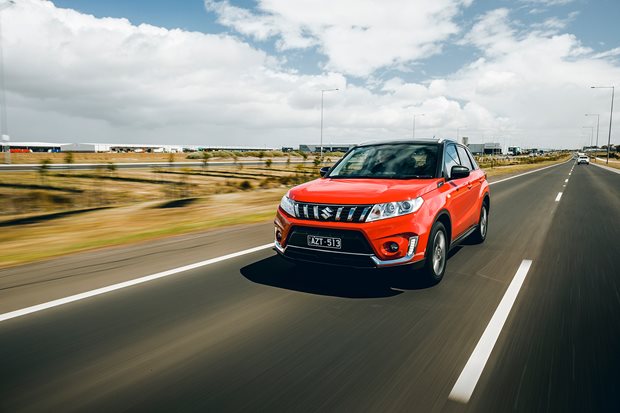 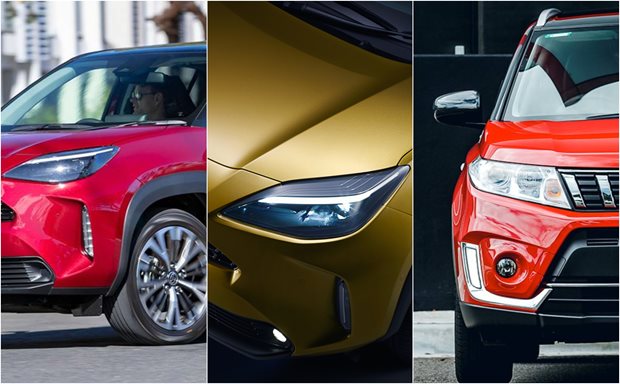