From first-class safety to sophisticated design, here are our first impressions of the Volvo XC90.

The XC90 looks the part. The seven seater SUV is proof Volvo have upped the design stakes with bold lines, luxury finishes, and a modern appearance inside and out. For such a large, seven-seater SUV, it has luxury written all over it.

It comes packed with plenty of features we liked. From the small things like the angelic warning sounds to optional extras like the 360 degree surround park view (seriously my favourite feature, especially when parking it).

There are several things that stood out in our longer-termer – XC90 Inscription D5 model. It’s got more power than we expected; especially given it’s just a 2.0L diesel engine under the bonnet. The two turbos do help there.

Its fuel economy was also surprising. I managed to drive from Melbourne to Adelaide and then on to the Barossa Valley in South Australia on less than one tank. Granted, it’s a 71-litre tank running on diesel, but they’re still decent figures and it certainly took the stress out of the nine hour plus drive. 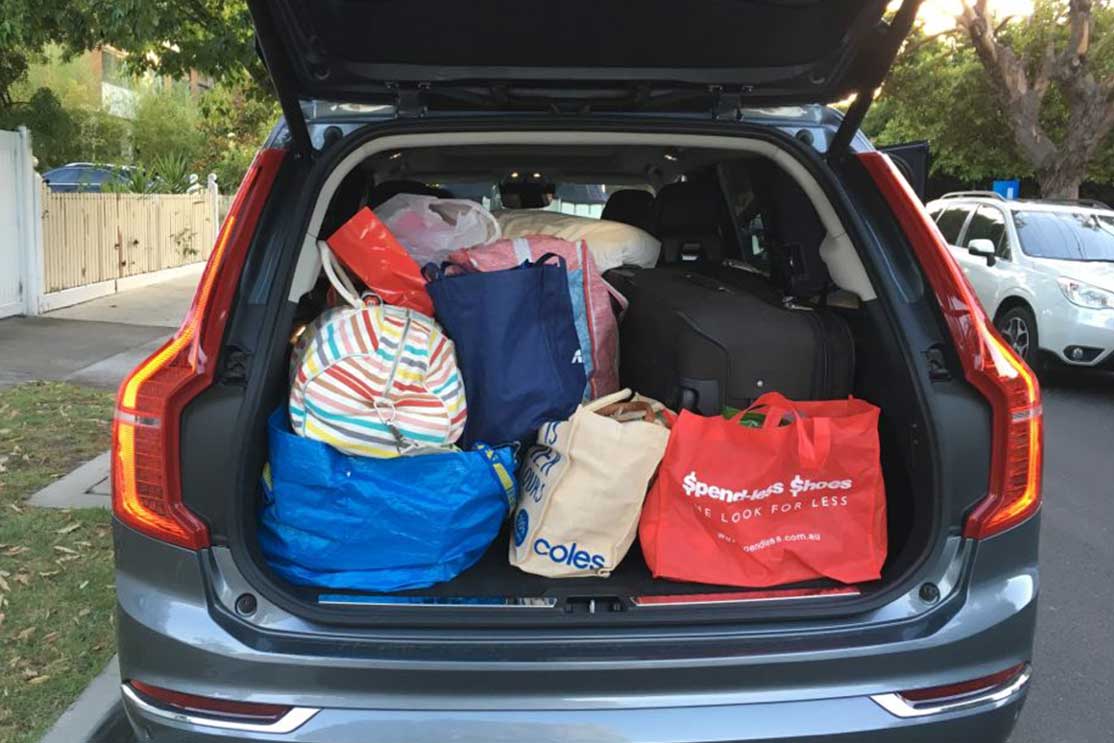 Then there is the all-important spaciousness. As soon as you see the beast that is the XC90, you know it’s not going to falter in the space department. The seats fold down flat so there’s enough room in the boot to move a small apartment but obviously, being a seven-seater, this space is compromised when the extra seats are clicked into space. Even then, though, it manages to fit enough gear for a family outing to the beach.

It’s also worth noting the extra two seats are quite comfortable and roomy. I forced various family members to ride out the back, but my number one fan, Mumma Kanta (who is a tidy 5ft 3”) made a point of telling me how comfortable she was back there before chewing my ear with her two cents on why she thought the car was really “groovy” and looked great in her driveway – I guess the vertically challenged need to have some perks, even if they do still use the word groovy.

The XC90 has plenty of added options which take it up a notch in terms of safety, but these additions certainly don’t come free. On our decked out Inscription model, we loved features like the Nappa leather, heated and vented front seats, panoramic sunroof and different drive mode settings.

Then there’s the driver support package – I wouldn’t call it a necessity but once you go there, there’s no turning back. We’ll never say no to Radar Cruise Control for those longer trips, but throw in Pilot Assist where the car drives itself in stop/start traffic, and automatic parking, you’ve got yourself one of the more accessible, early-stage autonomous cars. While I wasn’t quite prepared to give up full control of the steering wheel (I forgot to pack my brave pants), once I downgraded to the T6 Momentum with no costly options, I certainly missed them. 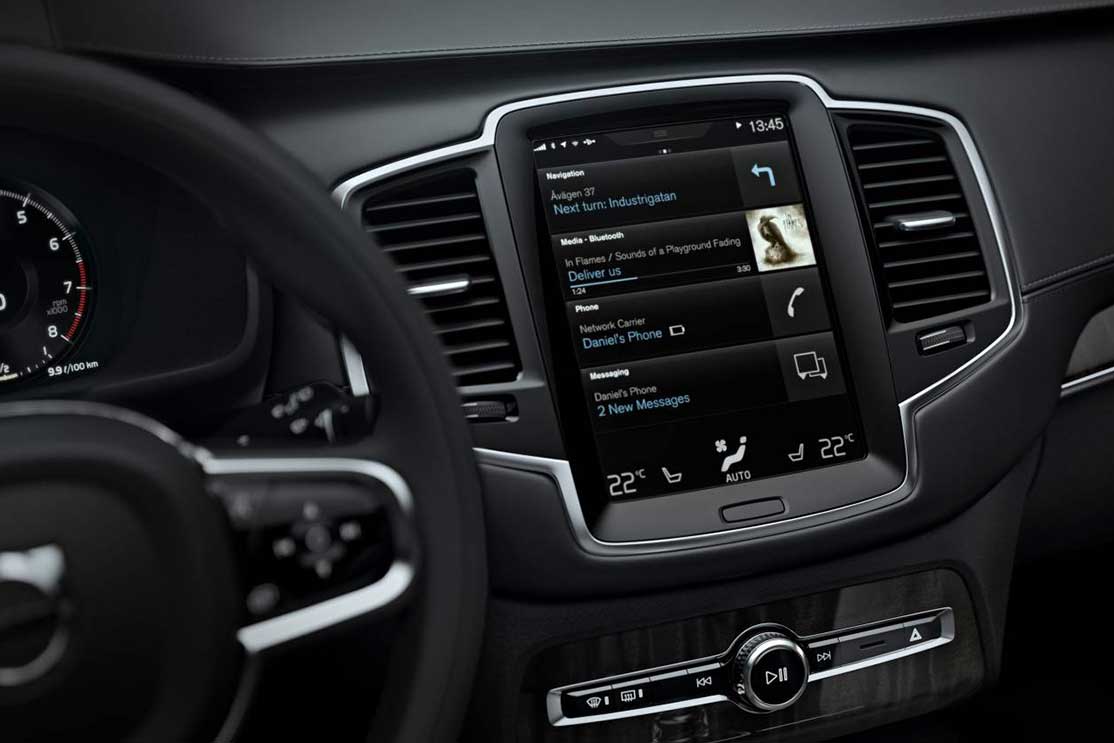 There are a few things missing in the XC90, like the limited storage in the front, and only one USB port, which is a strange omission and surprisingly irritating, albeit a first world problem.

The noisy air conditioning was annoying and the centre touch-screen, which looks like an iPad, isn’t as responsive as one would hope – plus, the incessant fingerprints and cleaning of the screen is this clean-freak’s nightmare. But then, I’m yet to live with kids and I hear fingerprints come part and parcel.

On my travels, I did get stopped by one couple who had an old-gen XC90 and were looking to upgrade to the newest version. Their biggest question was about the turning circle, which they said was terrible in the older SUV. While the newer seven-seater wasn’t about to make any U-Turns in Adelaide’s backstreets, it has certainly improved from older generations. To prove my point, the inquisitive lady told me her XC90 wouldn’t have made a U-Turn in the carpark in which we were standing, so I tried it for the sake of comparison and managed to avoid a three-point turn on this occasion. 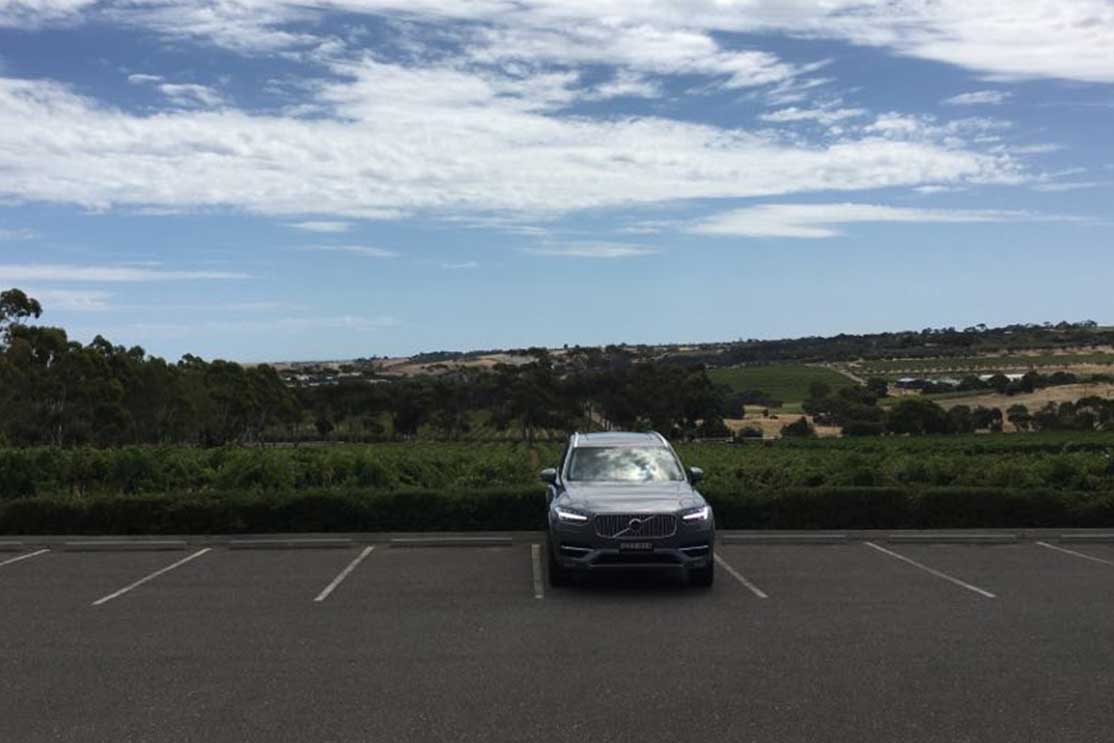 While we hear there have been some minor issues with the Volvo’s system alerts, based on my first impressions I’d be fairly happy if someone threw me the keys to the XC90 decked out with all the bells and whistles. I’m pretty sure Mumma Kanta would be thrilled too.