From G-Shock to Rolex, here are the cars to match your watches

Rummage through the sock drawer of any discerning supercar owner and, among the range of colour-blocking hosiery and plethora of cufflinks, we guarantee you will find a collection of high-end watches.

That’s because, whether it has a pulsing turbocharged V8 heart or a Swiss-made automatic movement, high-end aspirational products are inextricably connected. If you’re a car guy, the chances are that you’re also a fine electronics guy, a handmade pushbike guy, a Japanese chef’s knife guy and probably a watch guy too.

Read next: In Gear: Our pick of awesome gadgets from December

The internet will tell you which timepiece brands are endorsed by which car marques and in some cases the collaborative models that have even been branded with a badge you’re probably more familiar with on a bonnet or brake calliper. But there’s a car-to-watch vein that runs deeper than just monikers and marketing.

Here are our top five cars that will spin the bezel of any horophile. 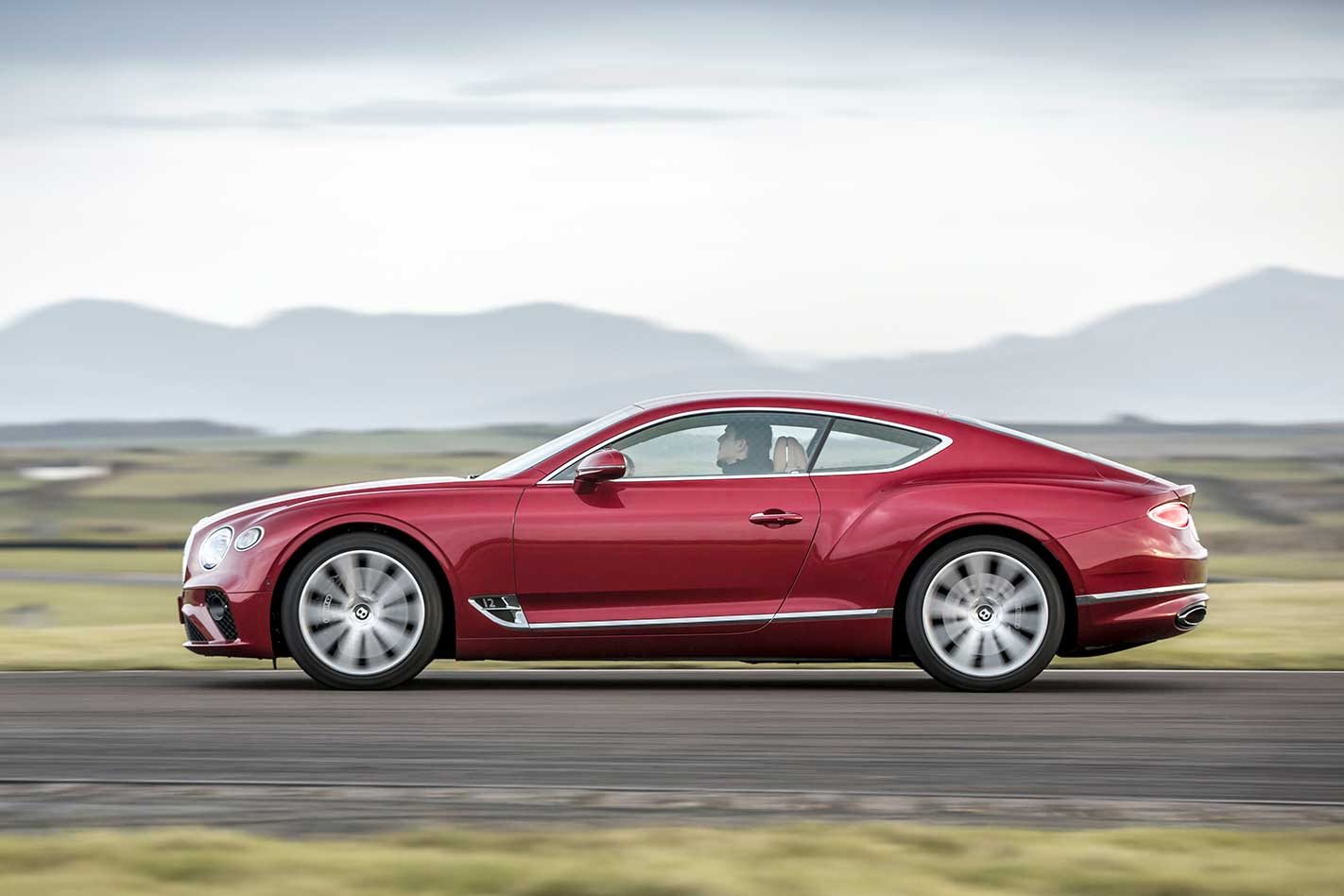 Ignore, for a moment, the timepiece brand that Bentley wants you to associate with its ridiculously opulent cars and think of the British car maker’s actual spirit watch. A Bentley owner is difficult to pigeonhole. For every Continental that rolls out in Spectre Black with Beluga Black leather and Blackline wheels, there’s another that is ordered in Apple Green with a purple interior that matches the customer’s favourite nail varnish.

Always commanding a price as handsome as its imposing grille and menacing stance on the road, the Continental GT is a highly exclusive set of wheels for a privileged few. Search all you like, you won’t find a single piece of cheap plastic, poorly finished trim or loose French stitching anywhere because Bentley prides itself on using the best materials, brought together by some of the most skilled craftspeople in the industry.

Get stuck into the Mulliner range of customisations and your own imagination really is the limit. Previous customers have included a cattle farmer who wanted the interior upholstered in the hide of one of his finest animals, while another had so many components gilded that the cost of the gold alone equalled the base cost of the car. Stingray leather, vapour deposition coated bonnet badges and handcrafted parquetry dashboards; you can have it all in a Bentley Continental GT. 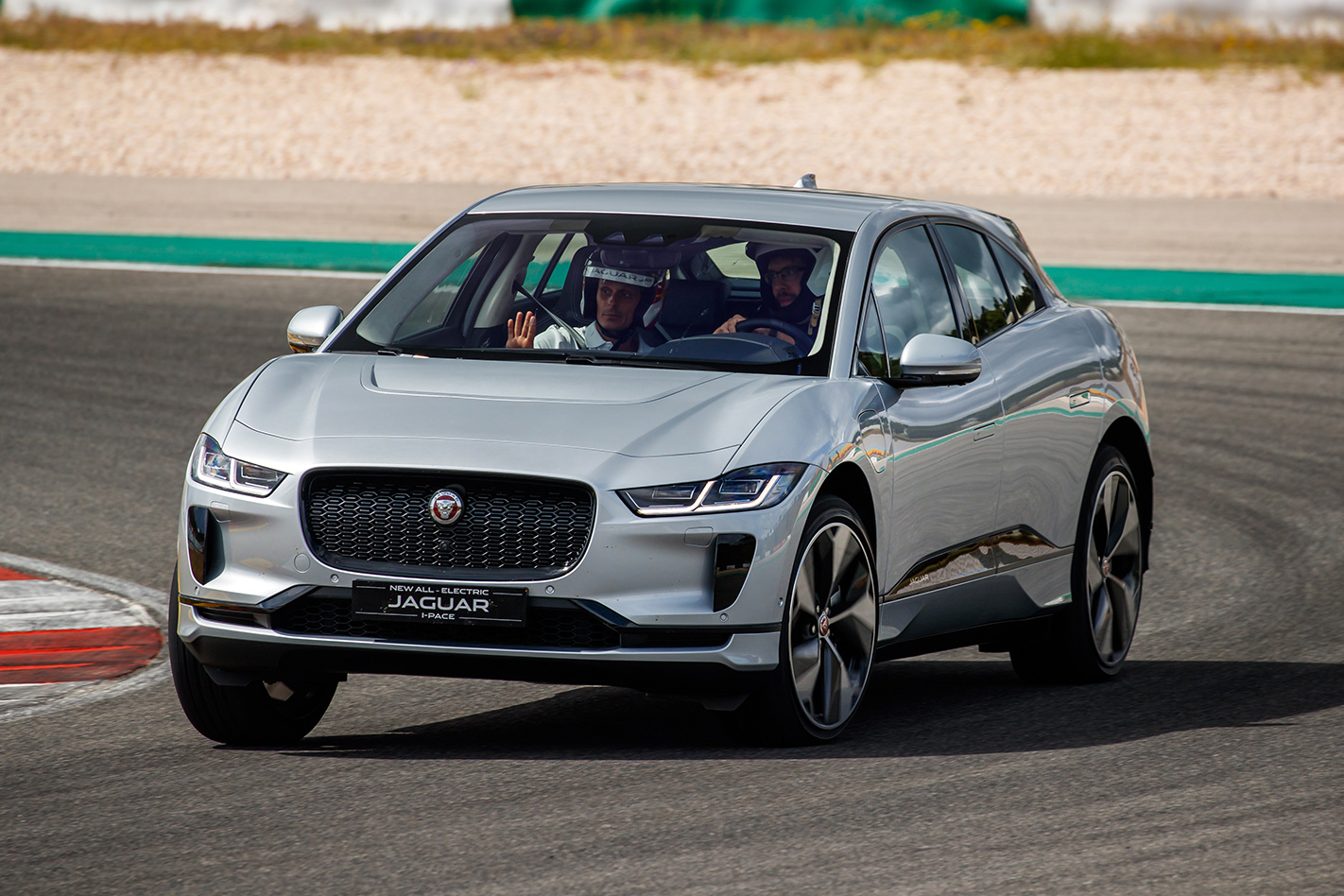 If the Bentley is a precision self-winding dress watch with mother of pearl dial, Jaguar’s I-Pace would be the state of the art Bluetooth-connected wearable that can measure your heart rate while ordering your lunch.

The I-Pace will also appeal to a watch lover’s appreciation of quality construction and fine details, but it adds to the allure with cutting edge technology. Not only is it the first fully electric vehicle from the British car maker, it also showcases a host of other technological curios.

Like a 1980s Casio you won’t find a single analogue dial in the Jaguar’s cabin, with every display from the central console to the HVAC panel to the instrument cluster all fully digital and high-res.

Performance is monstrous with zero to 100km/h acceleration clocked at 4.8 seconds, a range of about 450km and clever four wheel drive. It’ll also go off-road and wade through up to 600mm of water.

If the Jag is a tough but stylish wearable device then the Tesla Model X, which is also an all-electric SUV and starts at exactly the same $119,000 price is, well… dare we say it – a knock off. Ironic since the Model X came first.

Sometimes you don’t want to slip on your TAG for a bike ride or early morning dip and need something a little less valuable with boosted durability. And the same goes for the Jeep Wrangler. No it isn’t as refined as a Volkswagen Golf and has zero ride comfort on the road but there is little else that will offer as much unpretentious rugged styling with the off-road ability to match.

Infinite customisation options and special editions will make you feel special and unique every time you jump on board, and you’ll love its hose-out cabin when you have been getting really enthusiastic – whatever that may entail. Then there’s the fold-down windscreen, lift-out roof panels and removable doors for balmy days cruising the beach.

It has the heritage angle covered too with a family lineage that goes back to the 1940s Willys Jeep. It might not brag the quality or finesse of some other vehicles, but the Wrangler is a no nonsense all-terrain car that honours the form-follows-function mantra better than just about anything else on and off the road – just like Casio’s rugged military-grade timepiece. 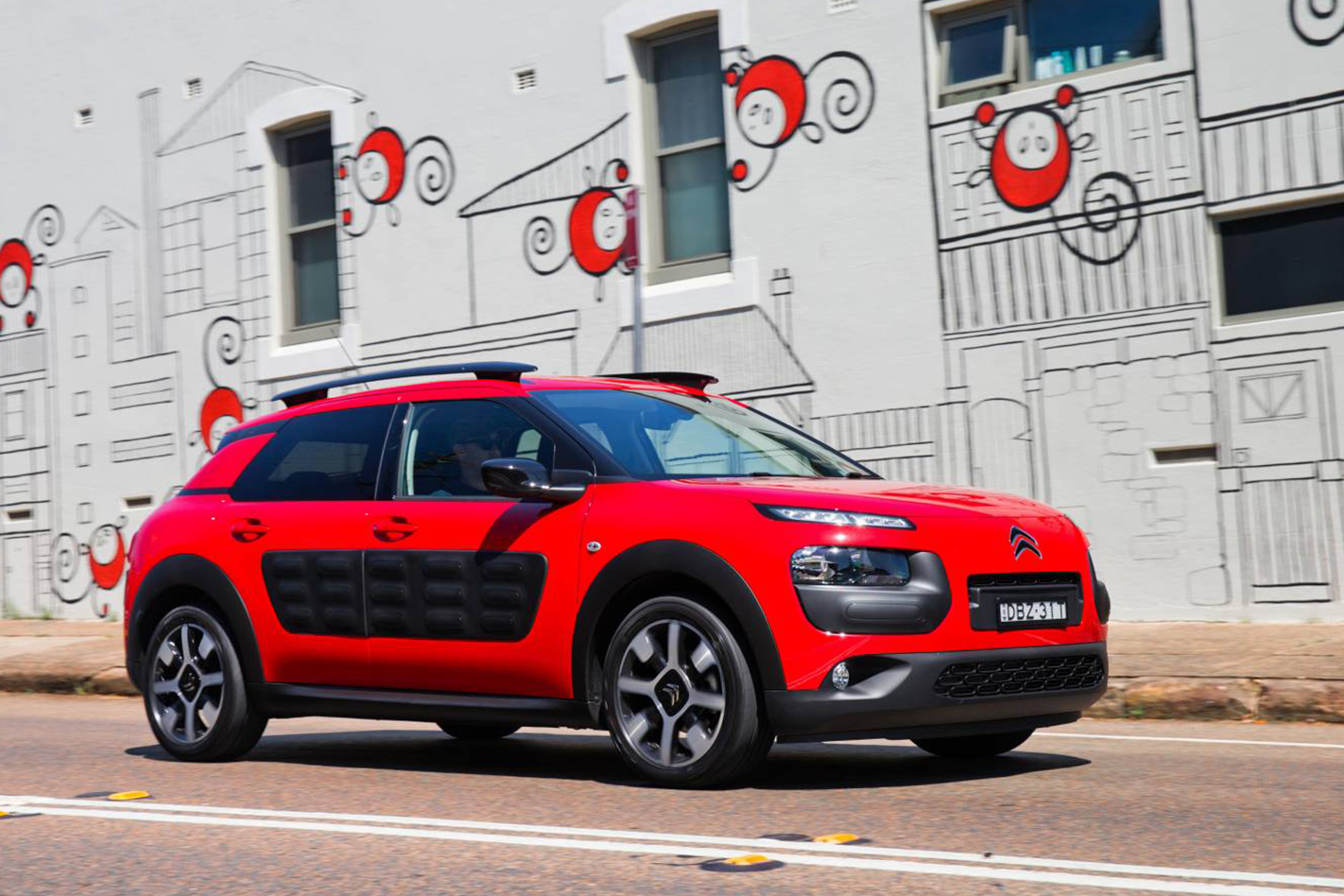 Just because a car is affordable and accessible doesn’t mean it has to be dull or pedestrian. Case in point: the Citroen C4 Cactus.

It has air-filled “bumps” on its flanks to prevent carpark damage, its interior is a beautiful demonstration of comfort and unorthodox design, and you can customise vibrant colours and textures to your heart’s desire. A perfect daily driver for the image-conscious.

All that – plus a generous serving of European panache and Parisian fashionability – for a starting price of less than $27,000 makes the likeable C3 the Swatch watch of the car world. 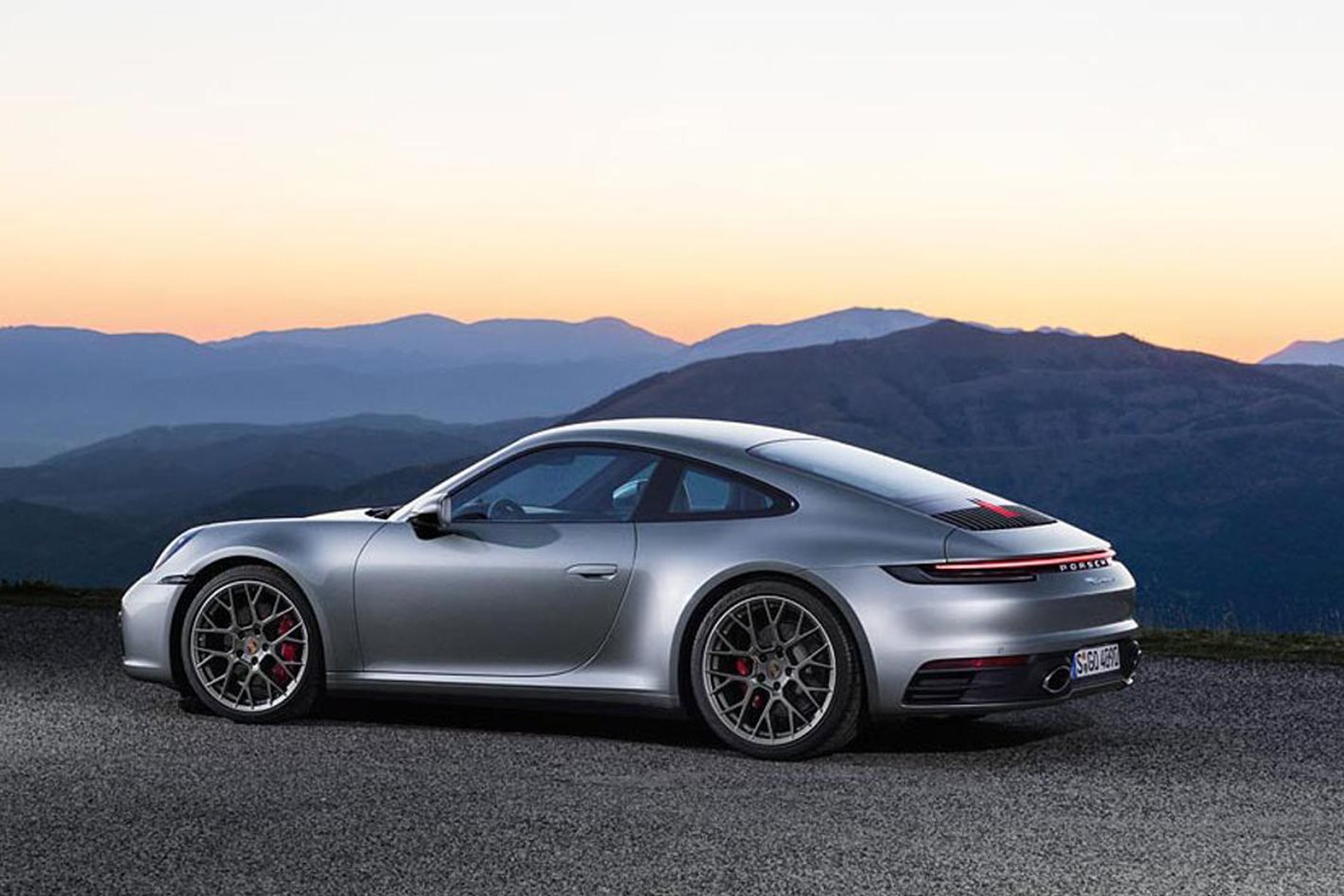 But rounding out our five is perhaps the most applicable car for watch enthusiasts. Not only does the 911 offer all of the details and touches that will tickle the tastes of any self-respecting horophile, it is also the high-performance car that has the build quality of a Swiss watch too.

Hit the track in a 911 and at the end of the day the Porsche will be the car that still has a rock solid brake pedal, the temperature gauge will read normal and it will drive home like it hasn’t broken a sweat.

As a side note, the 2017 911 Turbo S was produced in very limited numbers as the Exclusive Series with its own dedicated flyback chronograph . For $590,700 customers got a special version of the iconic car with 446kW and a conspicuous gold and black colour scheme, but if you wanted the watch to go with it there was a catch: you’d need an extra $15,000 to take home the matching timepiece as well.

There are plenty of top quality watches that will grace your wrist will all the style of a Rolex, but the Rolex is the one that’s tough enough that you won’t mind your three-year-old playing with it. In the same vein, the 911 is the car that you can blast along a mountain road all weekend yet tackle the weekday commute in. A true all-rounder. 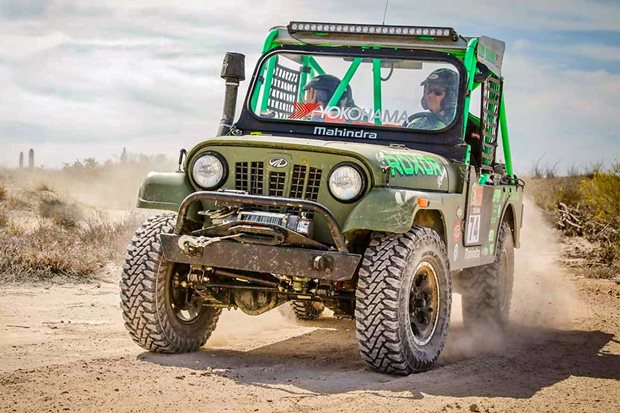 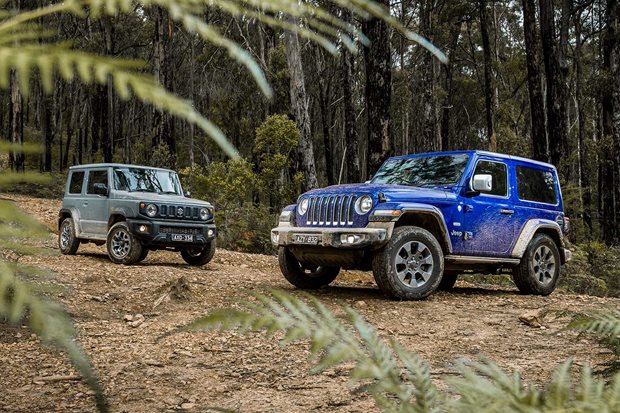 It’s slim pickings in the ranks of two-door 4x4s in today’s new-car market. Until the Defender 90 lobs late in 2020, the Wrangler and Jimny are the only options available, so... 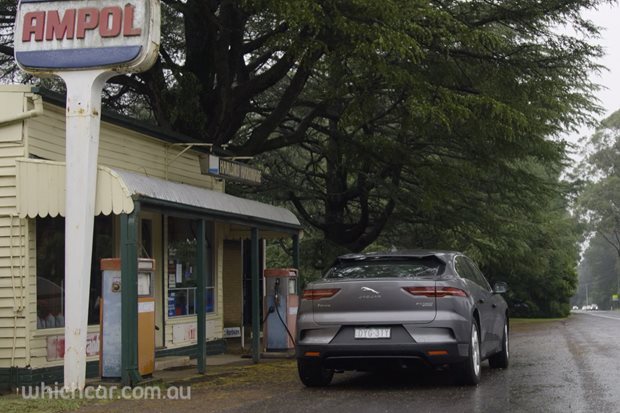