Some of these classic cars owe their prestige to the considerable popularity of these esteemed actors. So who are they and what were they driving?

This customised Porsche 550 Spyder had tartan seats, red stripes and the number 130 painted on it. Supposedly actor Alec Guiness told him, “If you get in that car, you will be found dead in it by this time next week” and people said it was cursed. A week later, Dean was killed in the car, which was called “Little Bastard”. The car went on to be involved in more fatal crashes. 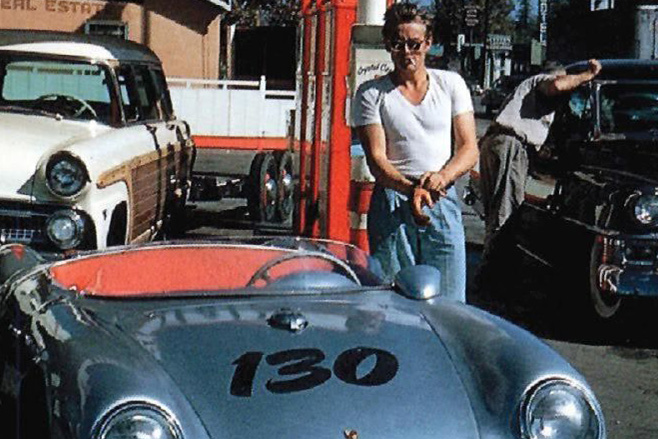 The Aston Martin DB5 appeared in a Bond film for the first time in 1964’s Goldfinger, starring Sean Connery. The same DB5 was used in both Goldfinger and Thunderball, and at a 2010 auction was sold for 2.6 million pounds. DB5s have also appeared in GoldenEye, Tomorrow Never Dies, Casino Royale, The World is Not Enough, SkyFall and Dr. No. 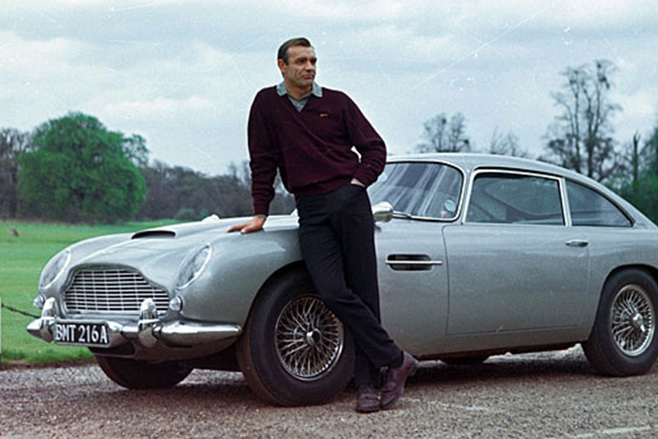 STEVE MCQUEEN AND ANY CAR (FERRARI)

Actor Steve McQueen was known for being a bit of a car and motorbike nut and had at one point considered being a racing driver. He performed many of his own-stunts on film and owned many luxury sports cars, including several Porsches and Ferraris. 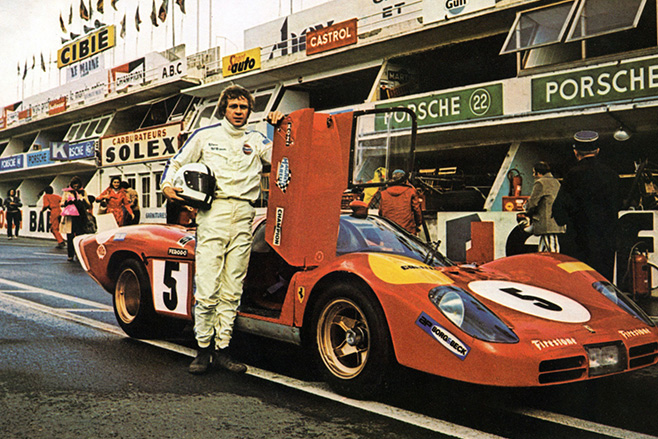 MARLENE DIETRICH IN A PANTSUIT WITH A ROLLS ROYCE PHANTOM

Legendary actress Marlene Dietrich caused waves in 1929 at the premiere of Ship of Lost Men in Berlin. The actress dared to wear *gasp* - a pantsuit! This capitalised on the furore caused by her wearing a tuxedo to an event previously.

The photo of her stepping into this car has become an iconic image of this era – and the change in women’s fashions. The vintage Rolls Royce had been given to her by the film studio Paramount when she moved to Hollywood from Germany. It even starred with her in the 1930 film, Morocco. 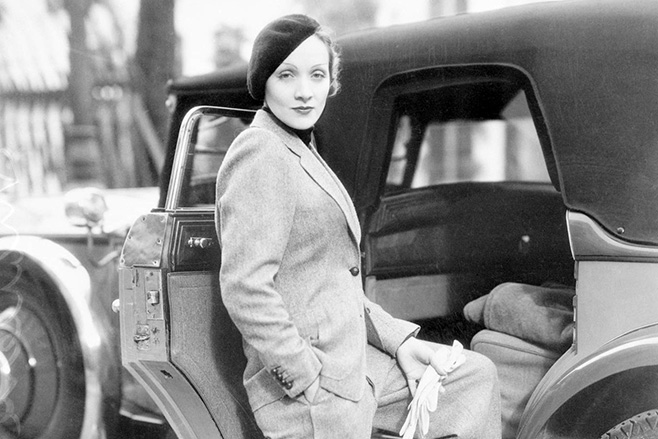 MARILYN MONROE IN HER CHRYSLER CONVERTIBLE

Marilyn Monroe owned and drove a lot of cars and was photographed with many of them, especially convertibles. This 1962 Chrysler 300H Convertible was owned by the film studio MGM and driven by Marilyn. 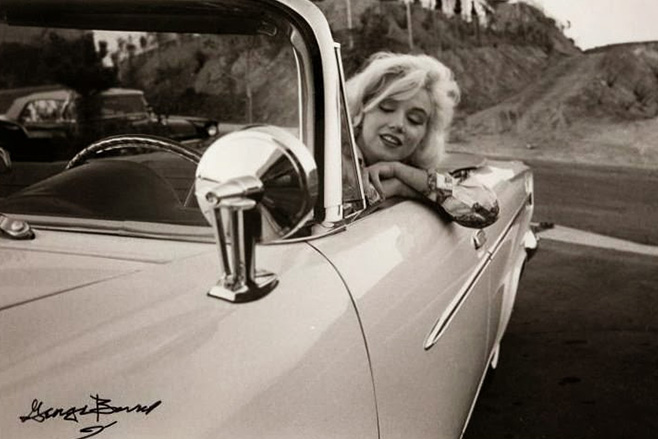 MARILYN MONROE IN A JEEP 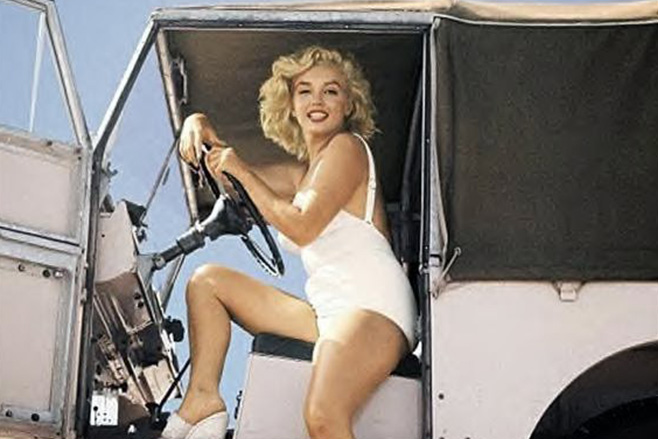