Road Trip: Christmas trips for those who like to drive

Stuck at home these holidays with a Christmas spending spree hangover? There’s no excuse – take off for a great drive without leaving the state, and worrying about your bank balance. 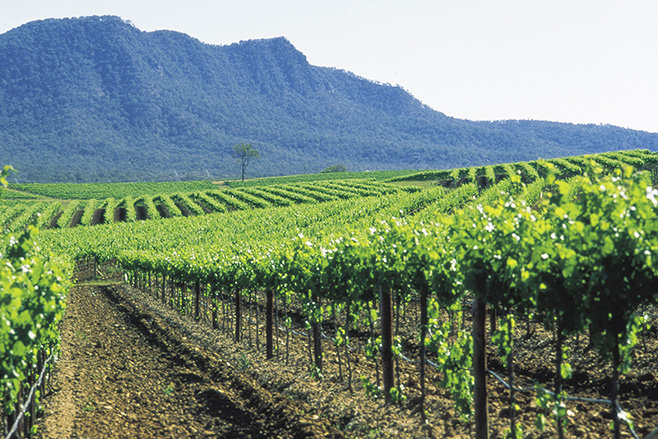 Heading up to the Hunter Valley is a favourite Sydney weekend getaway. But the busy M1 does put a bit of a dampener on things – no one wants waste precious weekend time stuck in traffic. A solution; take the old Pacific Highway. Before the track was beaten into a major freeway, the Pacific Highway north of Sydney was a twisty, windy woodland highway. Jump off at Berowra and follow the old road north. It’s a favourite for car and bike enthusiasts alike, so it’s also a hotspot for the boys in blue (watch your speed). But with this many twists and turns, it’s far more enjoyable. A stop at Pie in the Sky is a must, before taking the road to Wollombi and the namesake tavern on the T-intersection for another bevvy, then around the back of Broke to the Hunter. Though it’s no longer than a three hour drive, you’ll need a wine by day’s end!

A bit longer – The Snowy Mountains

In Summer, heading off to the snow may not be foremost on everyone’s minds – which is exactly what makes it a great destination. A brilliant stretch of road which is closed off during the winter months is the Kanchoban trail, linking the Snowys from Jindabyne over to Albury. Do it on the way to or from Sydney, and be sure to scale Mt Kosciusko while you enjoy the summer chalet getaway in Thredbo or Perisher. 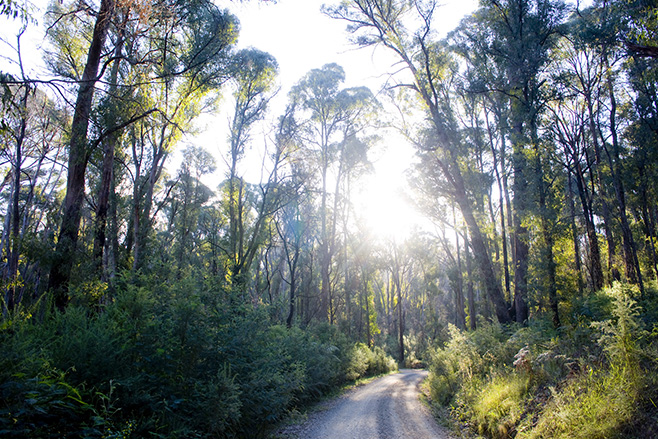 In the holidays, one great drive you do not want to touch is the Great Ocean Road, unless you want to take in the scenery at about 40km/h. It’s extremely busy with all kinds of motorised vehicles, in particular the dreaded caravan squadrons. Instead, head up to Marysville and take in the Reefton Spur, or run up and down Lake Mountain’s access road for an extra thrill. These roads are utilised by tarmac rallies for a reason; cambered twists and turns and amazing scenery that ranges from rainforest to the grey skeletal gums left behind by the 2009 Black Saturday bushfires. Inject some money into the Marysville economy by visiting the bakery and lolly shop there – it’s been rebuilt, bigger and better, and the lollies in particular are belly-rubbingly good.

We know what you’re thinking – this is nowhere near the Melbourne. But the trip starts bang in the centre of Port Melbourne, on the Spirit of Tasmania ferry, so it totally still counts. As an added bonus, you won’t find banked-up holiday traffic at this destination.

The big red barge has been overhauled recently with new furnishings and a better bar and restaurant (the important bits), and depending on your options it can be cheaper than a flight – plus you have your own car and gear with you.

Tasmania is a driver’s daydream and a foodie’s delight; fresh produce, wines, cheeses, chocolate, and well-fed livestock. The roadside offerings from farmers are typically better than the most hipster joint in the metros, and half the price. They line the amazing, winding mountain roads and pastoral stretches used by the Targa Tasmania rally, which circles into and around the island in five days. It can be done on a budget, and it can be done in a short amount of time, but let’s be honest, you may as well take the time to enjoy it. 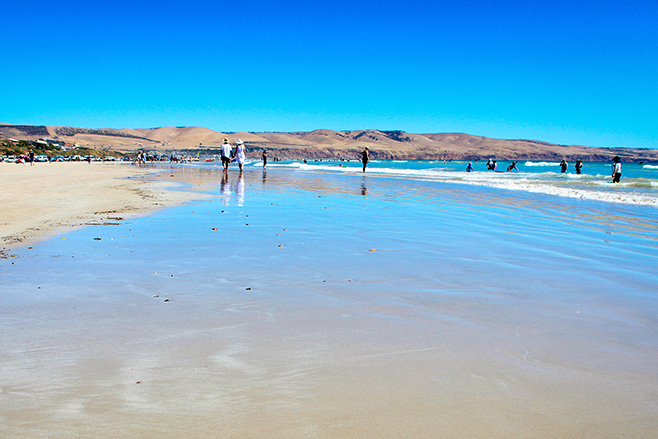 The only downside to a tour of the Adelaide Hills is the fact you have to drive after visiting the many wineries…  Find a designated driver (sucker!) and begin with morning tea at Stirling, a sleepy and stunning little town just off the highway, before tripping across the top of the hills through Mt Lofty, Echunga, and Hahndorf for the wineries. You can then head through apple country and the twisted roads of the Basket Range, and then over to Gumeracha for afternoon tea at the Big Rocking Horse, or come back by the old freeway for some stellar tarmac.

Given it’s only about an hour away from Adelaide, you can still do the Fleurieu in a day. And the use of the Southern Expressway makes it even quicker to explore the beautiful beaches or McLaren Vale for lunch at a winery. If you have an off-road capable car, be sure to visit the vehicle-friendly Silver Sands beach in the afternoon, before taking the return trip, or drive up into the hills around Clarendon for a scenic and more lively drive home. 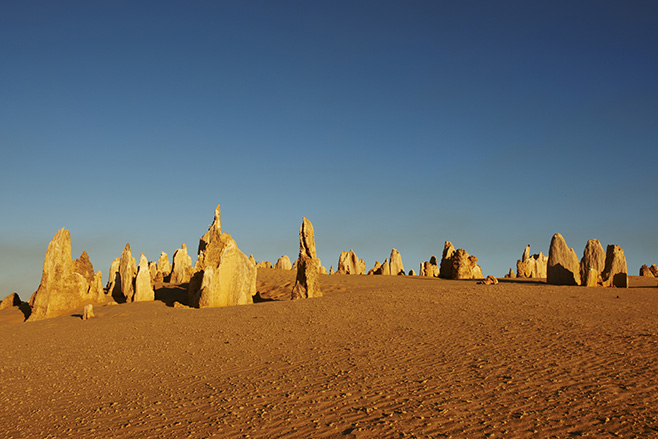 Less than an hour out of Perth is Kalamunda, with its fast coastal-style roads and views, pitted with tighter windy sections and weekend wine tastings. Stop in Kalamunda for a refill at the many cute cafes and bakeries before taking in the short but sweet zig zag drive, a set of switchbacks which wind up Goosebery Hill and towards national parklands with great bushwalks if you need to stretch your legs.

The Indian Ocean Drive is one of those breathtaking scenic routes you won’t forget in a hurry. The rumours of it being an amazing spectacle are true, with the Coral Coast mirroring your drive; you’ll pass sights like the Pinnacles desert and Sea Lions near Cervantes and Jurien Bay. And if you’re starving for food, you could always stop for a lobster at the cray farms all just 200km out of Perth. 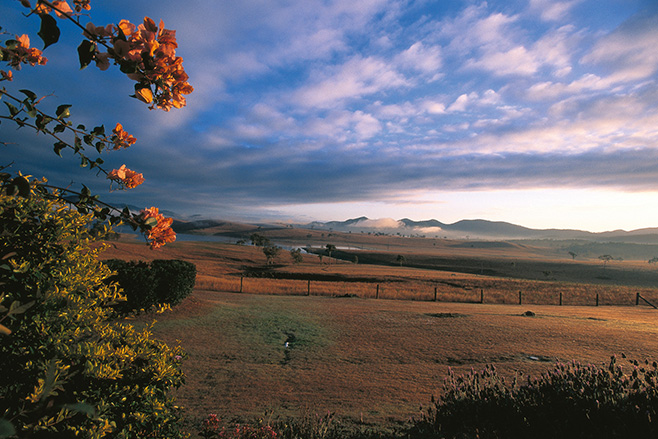 Heading west out of Brisbane is the drivers’ mecca of Mt Glorious. Starting at Samford along the imaginatively-named Mt Glorious Rd, your first stop is bound to be Cloverlea Cottage on the crest of the mountain before deciding whether to tackle Mt Nebo, or continue over the back of the mountain. For the latter, a winding trip down leaves you with a decision at the T-intersection: turn left and wind back behind the range to Esk, or right to the twists and turns along the western bank of Somerset Dam.

Queensland is known for its beautiful coastal travel. Drive south for an hour on the Pacific Motorway and you’ll find yourself in the popular Gold Coast. Keep going for an extra 30 minutes and you’ve crossed and boarder for a more relaxed lifestyle in Byron Bay. Travel two hours east and you’ll find yourself on island time in North Stradbroke Island for some aqua fun; go diving, snorkelling or just general relaxation.

Then you always have the choice of your northern drive being two hours away from the wonderful Sunny Coast. But why just stop there, drive another 35kms and you’ll end up in Noosa. There there’s always the option of heading out West, but that’s probably not our best advice for the heat of the summer months and one best saved for the middle of the year… it’s a desert out there.