As the sports world braces for the 53rd annual Super Bowl, we look back at some of the most iconic car-related ads of recent memory

America’s biggest day of the sporting year, the Super Bowl, is upon us once again, with the blockbuster game gracing US televisions this Sunday. While it may not mean a whole lot to Australians, those of us in the WhichCar office certainly get a kick out of watching some of the car commercials that play during the ad breaks.

A 30-second ad spot during the game costs, on average, a whopping AU$7 million, and that’s before you even start production of the ad itself. Companies spend tens of millions of dollars on creating these ads that are watched by more than 100 million Americans and almost 200 million people worldwide.

Opinion: Ad Standard’s double standards are out of control

Car manufacturers are by far the biggest spenders, too, and whether it’s casting Hollywood A-listers, licensing iconic songs or forking out for top-dollar cinematics, they get their message out there.

So, ahead of this year’s advertisement-extravaganza, we whipped around the office to garner some of our favourites over the past two decades.

Nissan pulls on the heart strings by tying in emotion to racing, and the bond that’s shared between different generations of car enthusiasts. This father/son racing dynamic gave us a lump in our throat and put us on the brink of tears. We’re not crying. You’re crying!

Way back when the first Audi R8 was unveiled, Audi introduced their hero car to the world by creating an entertaining parody of The Godfather. We won’t say much, but it involves replacing a horse’s head in the bed. See for yourself.

Sometimes ads don’t need to have much of a narrative or make sense, because this Honda Ridgeline ute commercial involves singing sheep that harmonise to Queen’s Somebody to Love… and it’s thoroughly entertaining.

Any time you involve the legendary director and celebrated car enthusiast Jeff Zwart, you’re in for a good film. Ford got Zwart to direct the release of its 2005 Ford GT commercial, and by combining expert cinematography and phenomenal driving by Rod Millen, you score yourself one jaw-dropping ad.

Celebrities are no stranger to peddling products, and car companies like Hyundai take full advantage of comedian Kevin Hart’s character to show its Genesis large sedan in action on his daughter’s first date.

We can’t tell if Toyota is seriously trying to make its Prius look cool, or if it’s just content in having a laugh at its own expense… but this ad of a Toyota Prius getaway car is thoroughly entertaining.

A renowned favourite, Volkswagen’s 2011 ad features a miniature-sized Darth Vader attempting to use the The Force on everyday objects around the house when lo and behold, his father pulls up in a brand new Passat and his power magically turns the mid-size sedan’s engine on.

The year is 2010, and Audi shows that the ‘Green Police’ have taken control of society and are ridding our streets of wrongly-recycled rubbish, over-indulgent spa users and plastic abusers. But the Clean Diesel Audi A3 TDI is spared. Ohhhh, the irony. At least we got a good ad out of it.

In Mercedes-AMG’s 2017 Easy Rider throwback, Peter Fonda now drives a Mercedes-AMG GT C Roadster and parks his old biker-buddies in at a rural diner. If there was anyone that was ever going to get away with such a heinous crime, it’s Peter Fonda.

In the most expensive Super Bowl ad to date, Chrysler creates a short film to re-establish itself as a luxurious brand despite being from the ‘hood. Detroit native Eminem even makes an appearance.

Do you have a favourite car-related Super Bowl ad? Let us know in the comments below 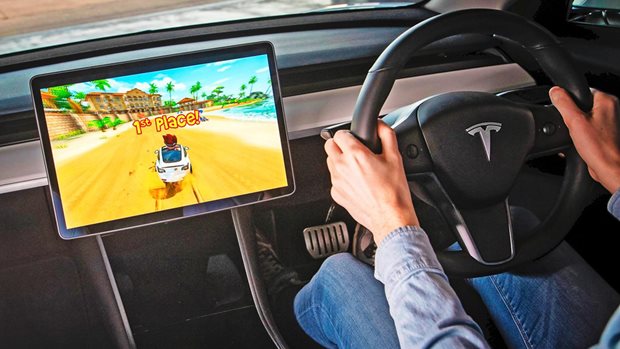